Living in L.A. means dealing with desert heat and the dry conditions that accompany it. I’ve used a number of humidifiers in the past and tho all performed as expected – they always ended back in the box relegated to the back of a closet. After using the FRED Humidifer by Swizz Style for several weeks, I’ve come to realize why my closet is filled with a bunch of past contenders.

When I first saw FRED, I wasn’t even quite what to make of it. Its alien saucer shape with fluke sticking out from one end, resting on a tripod set of legs gave it an endearing look. It’s a love it or hate it design but Swizz Style is not a company afraid of odd shapes. Their award winning HENRY air purifier also looks, or more appropriately, un-looks like an air purifier. And maybe that’s intentional. After all, both products were given humanistic names, perhaps to make them more identifiable as companions in our home instead of benign appliances. Ultimately if Swizz Style intended for people to second guess what FRED was, then they’ve succeeded. None of my visitors new what it was until I turned it on. That’s when all the tell-tale signs of a humidifier at work became apparent.

FRED is not a wick based humidifier like most on the market. Those use filters to absorb and evaporate water. It’s slower but also a significantly cheaper investment, that is until you realize you have to replace those filters – one of the main reasons why so many of my past humidifiers end up in the closet. FRED is a vaporizer. The small 2 gallon reservoir is boiled and steam shoots out the fluke. This method eliminates the need for wicks or filters since the act of boiling kills bacteria and removes minerals.

Assembly was simple since it came mostly assembled. All you have to do is remove the top lid, fill the reservoir, snap everything back into place, stick the fluke in and choose from one of the two settings. Both boil the water but one is more energy conservative about it, thus making less steam. I was hard pressed to tell a difference. No matter which setting I had on, the 700 sqft. room I had it in definitely felt humid – in a good way. I could never figure out how long it took for FRED to go thru its water. My attempts to time it gave me wide and varying results which would be dangerous for most other humidifiers since running one without water is a no-no. FRED however has an automatic shut-off system preventing any disasters. FRED is whisper quiet too. I couldn’t hear a thing unless I placed my ear near the dome shell. I could hear bubbling and things moving. I imagined an alien city hard at work.

I’m pretty happy with FRED and the design doesn’t bother me. My only issue is the plastic construction. The feet are the only things made of metal. Everything else; the shell to the visible internal components are plastic. It’s plenty durable but for me it’s more about style. I mean something that looks this esoteric when it’s nothing more than a humidifier had to have had style in its designer’s minds. I wish FRED was lacquered, shiny – something to offset the matte finish.

For $99, FRED’s pretty cheap considering how much other brand name vaporizers cost – and with much less personality. Speaking of which, FRED comes in 4 colors. So if constantly have dry lips, wake up with a dry mouth and throat, even minor sinus problems, then consider FRED. He did me good and I’m sure he could do the same for you. 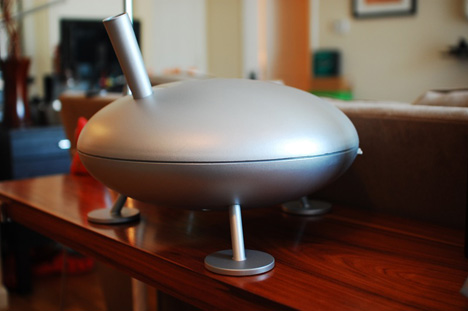 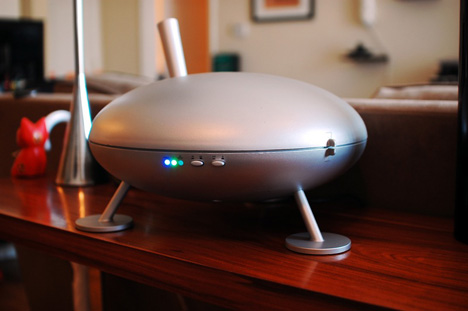 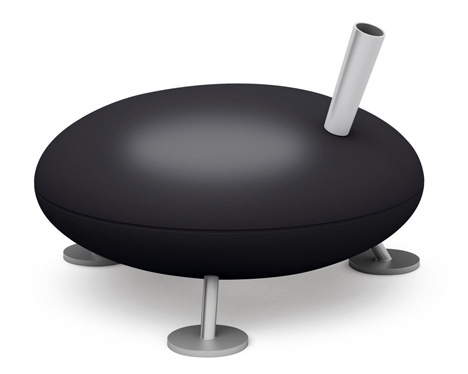 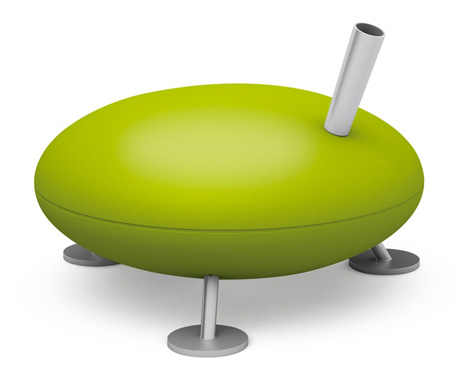 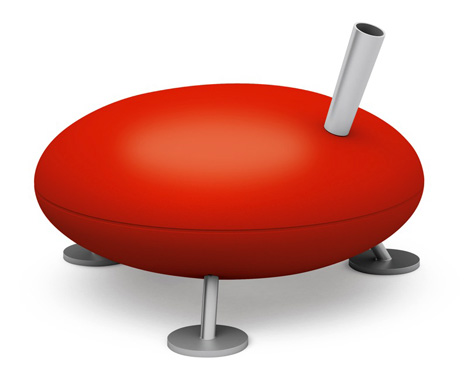 Oh!Why? is a set of interactive devices meant for children. The aim is to let them record their world around them and then sit down…

No matter how state-of-the-art one’s medical gear is, or even how experienced a doctor and his/her team is, if the work-space isn’t well designed, it…

Raise your hand if you think most vacuums and trash cans are ugly! I know I do. Here is yet another unorthodox but clever vacuum…

Brew in a bottle!

Cold brewing is in fashion nowadays. They say when you hot brew your tea, you end up releasing more caffeine from the tea leaves. The…