Established in 1997 by Rosario Hurtado & Roberto Feo, London-based El Ultimo Grito leapt to prominence by winning the Blueprint Design Award at 100% Design three years running. Now highly-collectible luminaries of the British design world, it is possibly their Spanishness that sets them philosophically apart. They observe everyday human life rather than convention, creating pieces that appear excitingly untraceable in their idea, form and application. Produced in laser-cut, laser-polished black acrylic, this striking layer-landscaped vase invents something new: rather than hiding the water away, it puts in on display – creating a stunning reflective and simultaneously humidifying surface. 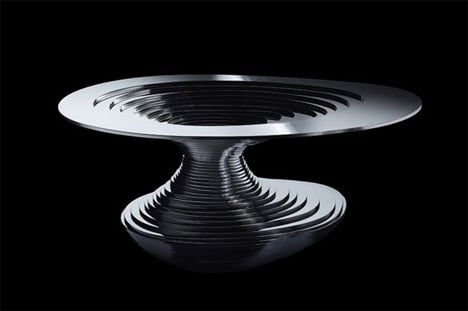 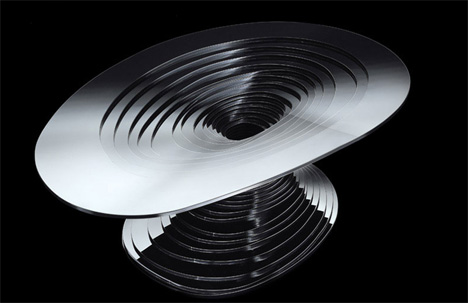 Furniture designed with hidden details that put your IKEA furniture to shame: Part 2

Furniture has been around ever since man started resting on a stone to keep away from the grassy ground. One thing this quarantine has taught…

One theory suggests that to keep office efficiency at maximum levels, employees should have minimum personal interaction. Meaning no chit-chats or coffee-breaks together, just emails…

A New Scoop on Measuring Cups

Measuring cup designs have changed throughout the years from the old metal design style to a more modern design. However, the newer designs have always…

Get wet with style

So as I was gazing longingly at this bathtub design called “Sorgente” by Lenci Design for Teuco, I realized that I was schooled on the…