Chess is a game that dates more than 1,500 years ago, and while the basic structure of the game has remained the same, it has taken on different visual forms over the centuries. From wood to ivory to even purely digital pieces, you might think that you’ve seen all there is to see when it comes to chess design. That couldn’t be farther from the truth, of course, seeing as how there are so many beautiful but odd-looking chess sets that might even leave you scratching your head in bewilderment. This handmade set, however, doesn’t change how the pieces themselves look but instead gives the board a more mesmerizing appearance of seemingly floating on water, turning a tense chess match into something almost enchanting and relaxing. 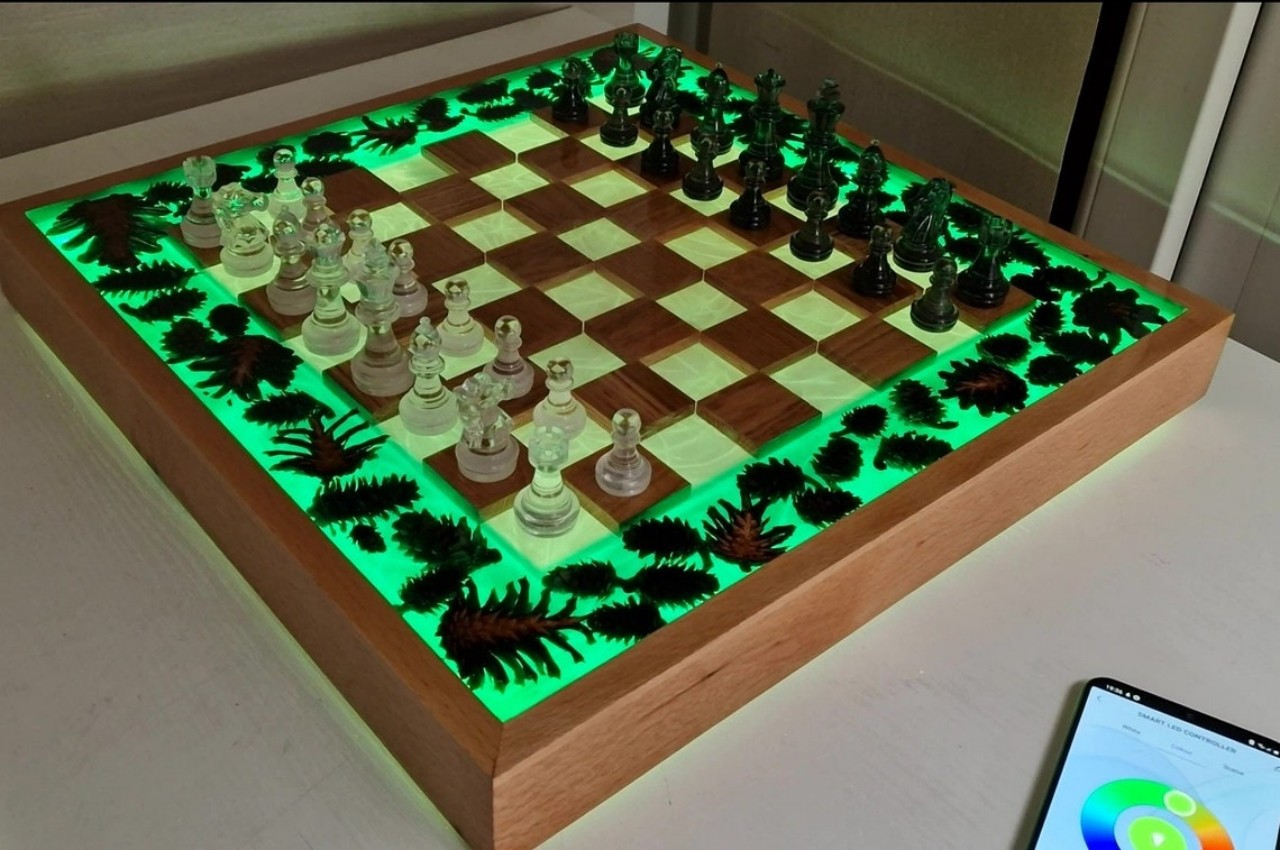 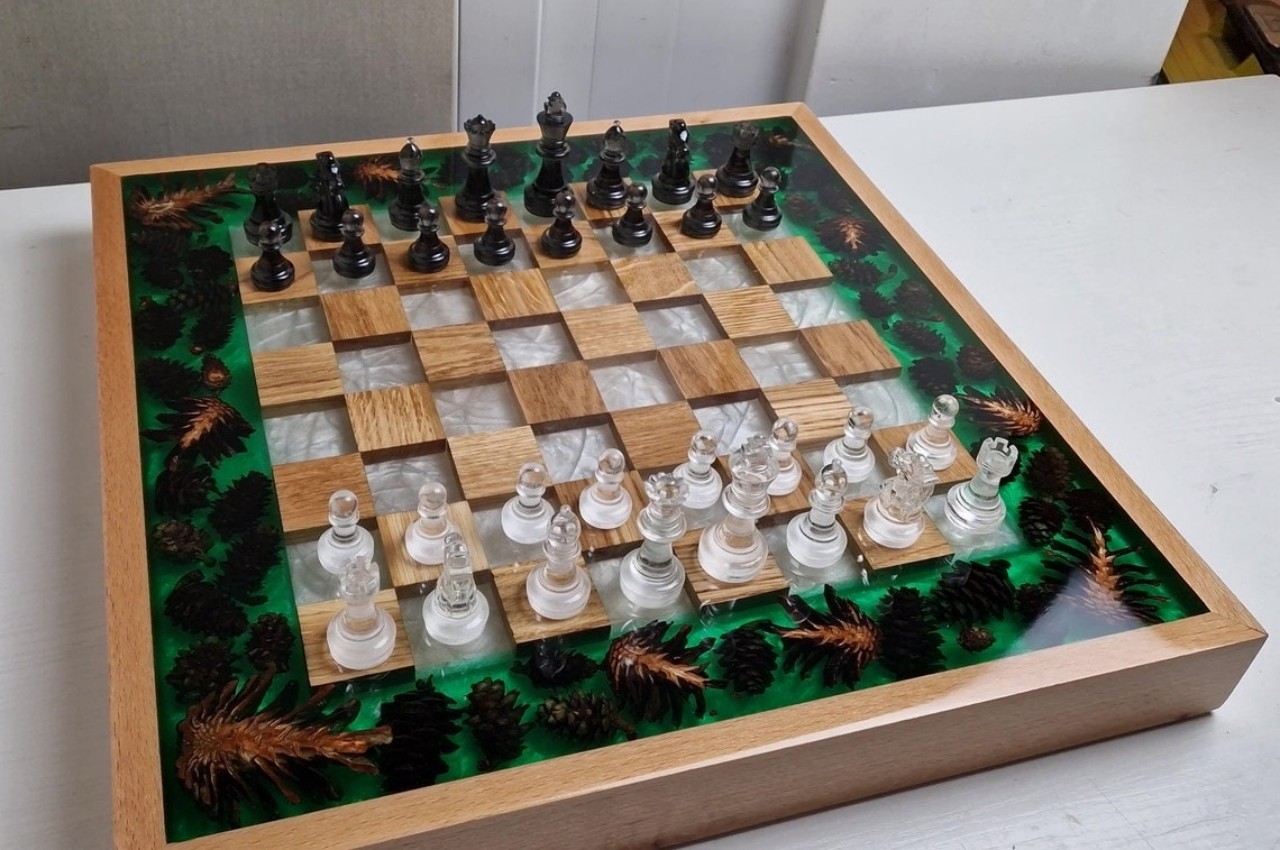 Some say that chess is a game of strategy and critical thinking, but others would argue that it has become simply a matter of memorizing and replaying moves these days. Whatever the case might be, the fact is that the game has never changed for hundreds of years now, from the mechanics to the pieces themselves. What has changed is how those pieces are sometimes represented, deviating from the standard medieval theme of kings, queens, and knights to become sometimes unrecognizable pieces of steel, glass, or any other eye-catching material. 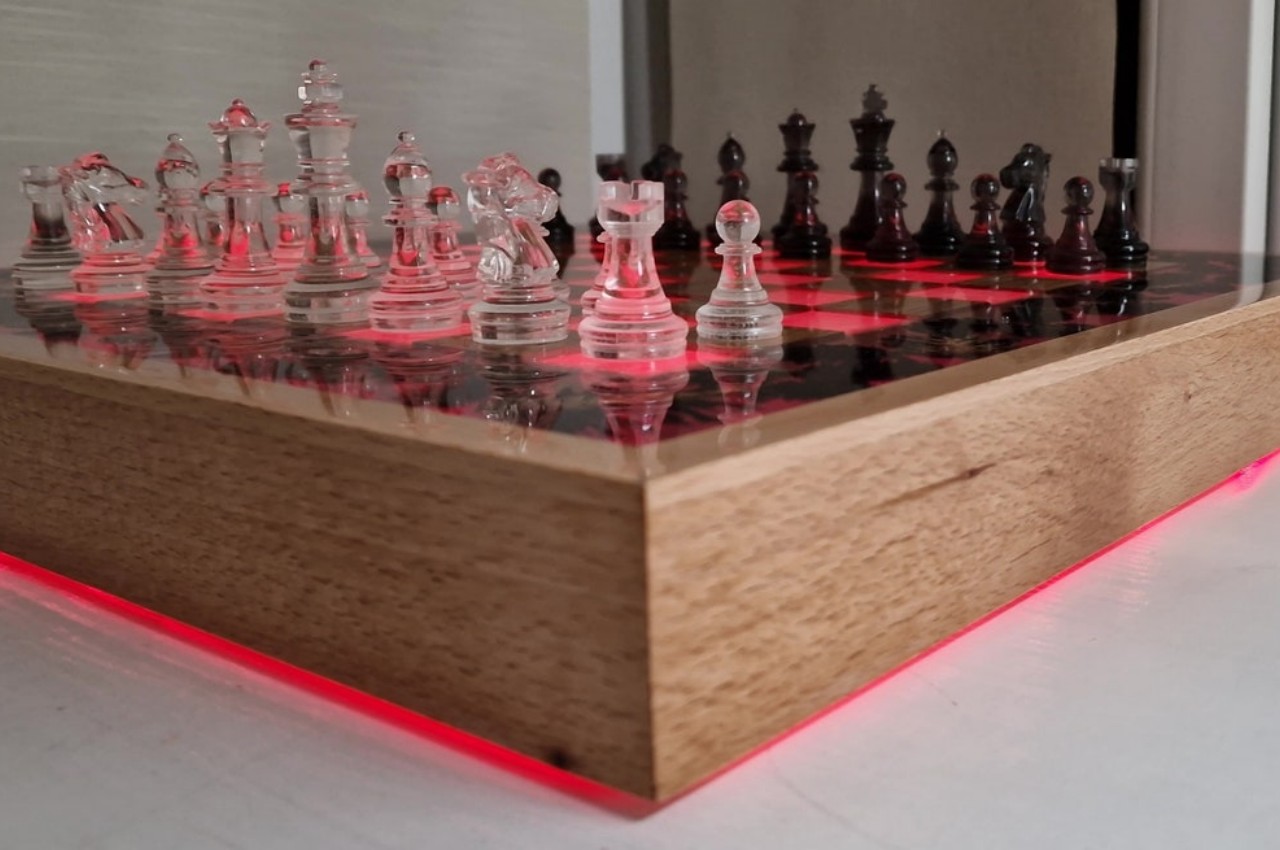 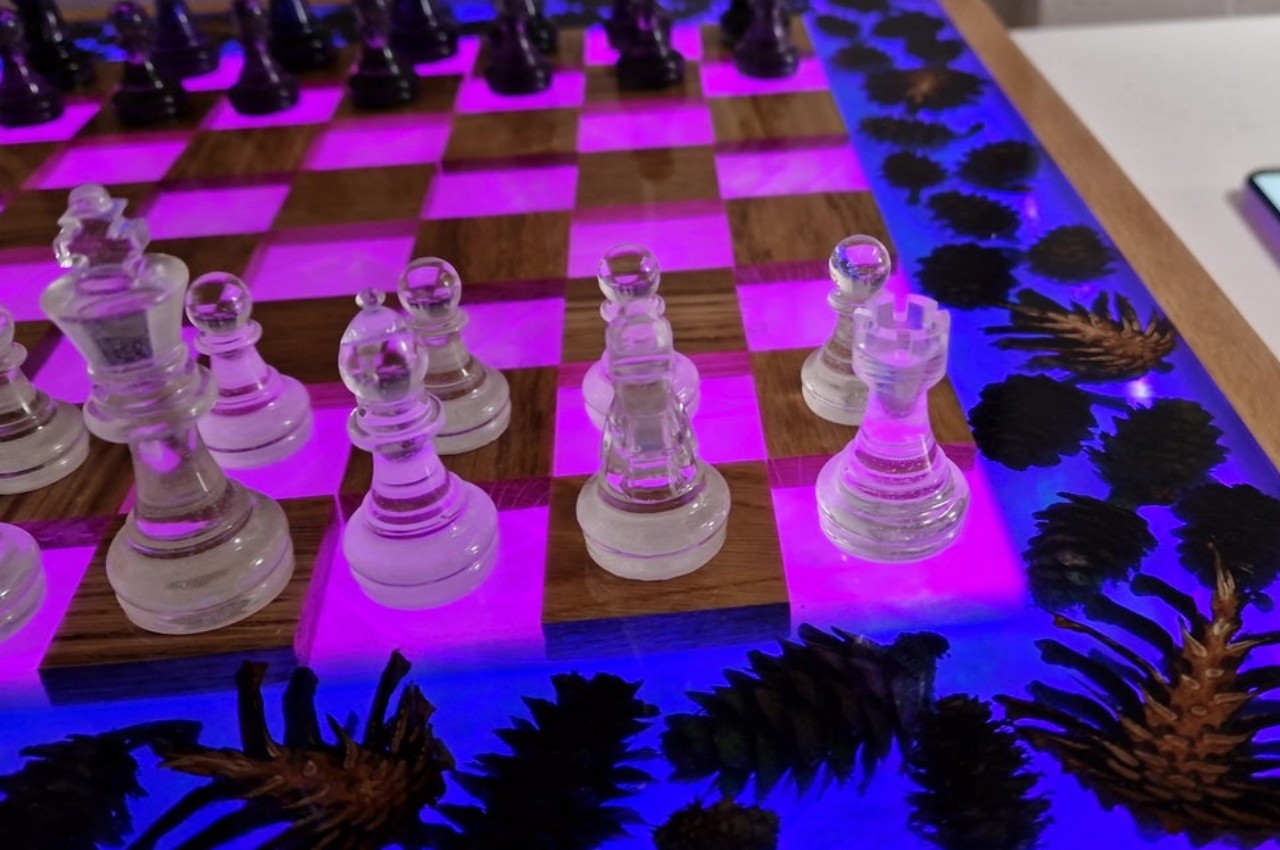 The chessboard, in contrast, has remained virtually frozen in time, 64 squares arranged in 8 rows of 8 columns of alternating colors. That almost leaves very little room for creativity, but the Floating Chess defies those expectations. Painstakingly crafted by hand from oak and different coatings of epoxy, this chess set gives the illusion of a tranquil game of chess being played over a pond, in contrast to the tense, nail-biting games you’d see in professional competitions. 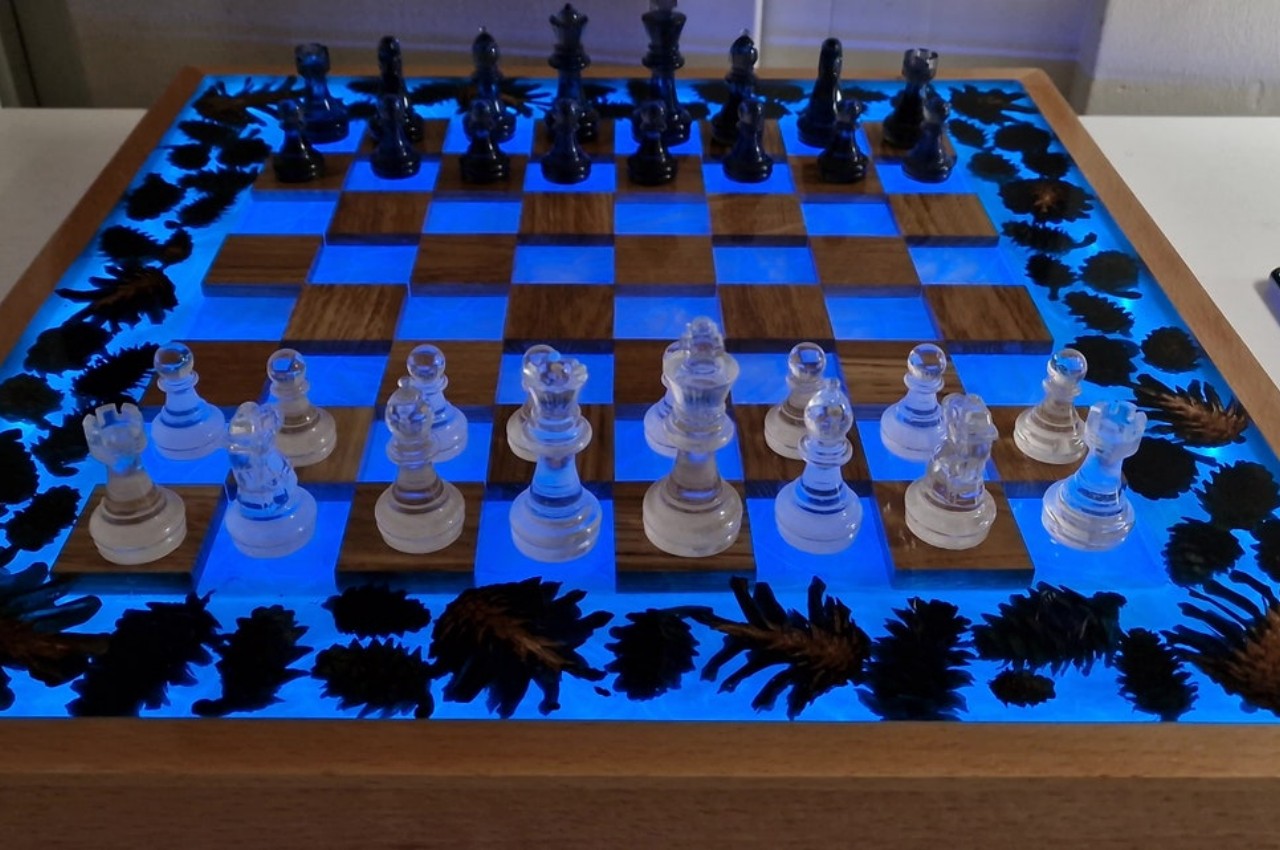 What gives the Floating Chess set its almost ethereal visage is the different layers and colors of epoxy used. These range from the transparent liquid used to contrast with the “dark” wooden blocks to the green pigment that submerges dried pine cones to the pearlescent mix used as the base of all of these. An LED strip lies underneath the board, controlled by a phone to shine different intensities and hues of light to add an even more unearthly glow to the chess set. The chess pieces themselves are also made from epoxy to complete the theme. 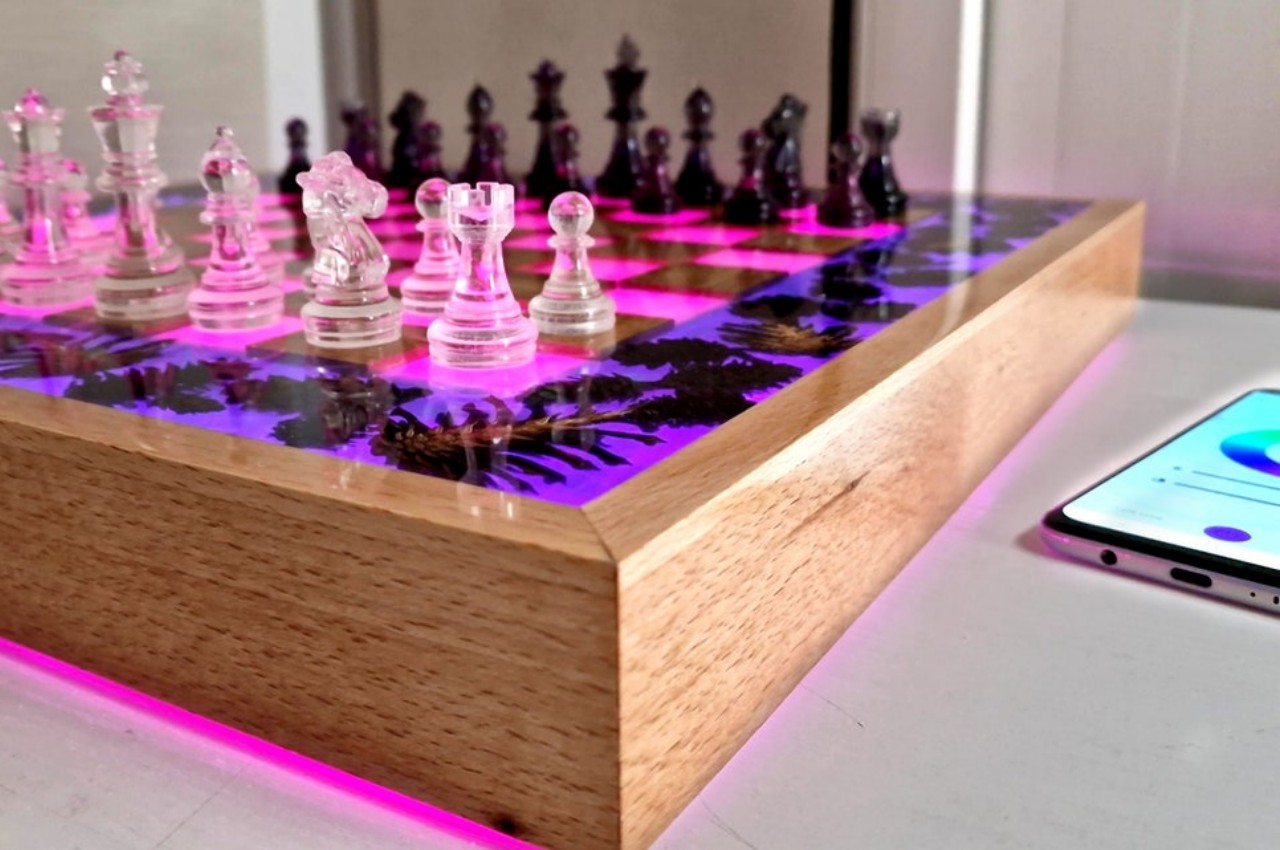 The Floating Chess is definitely a head-turner, with or without the help of colorful lighting. The use of epoxy resin, though possibly less harmful than polyester resin, might raise a few concerns about sustainability but also leaves the door open for greener alternatives. Regardless, the set creates a completely different environment than what you might associate with the game, making the pieces look like floating on water while you float on air. 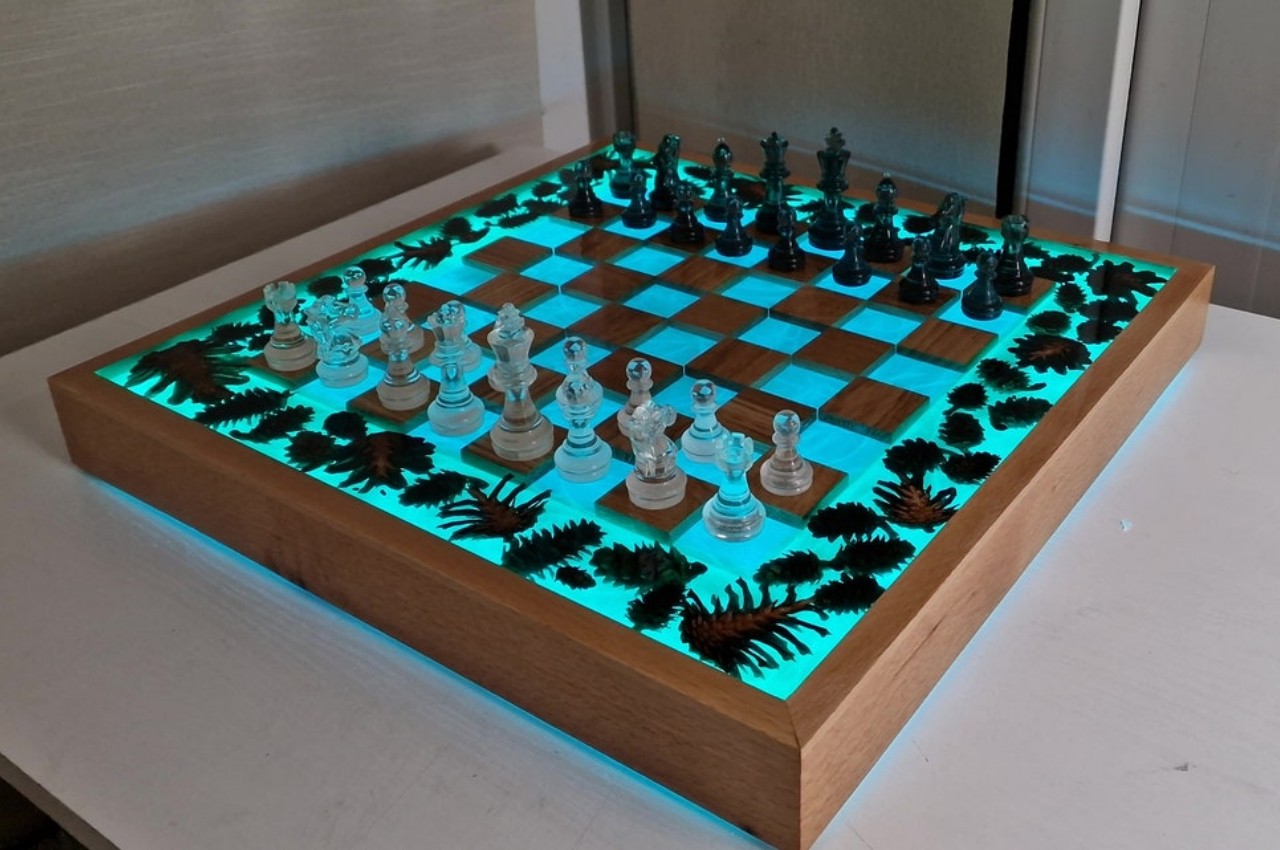 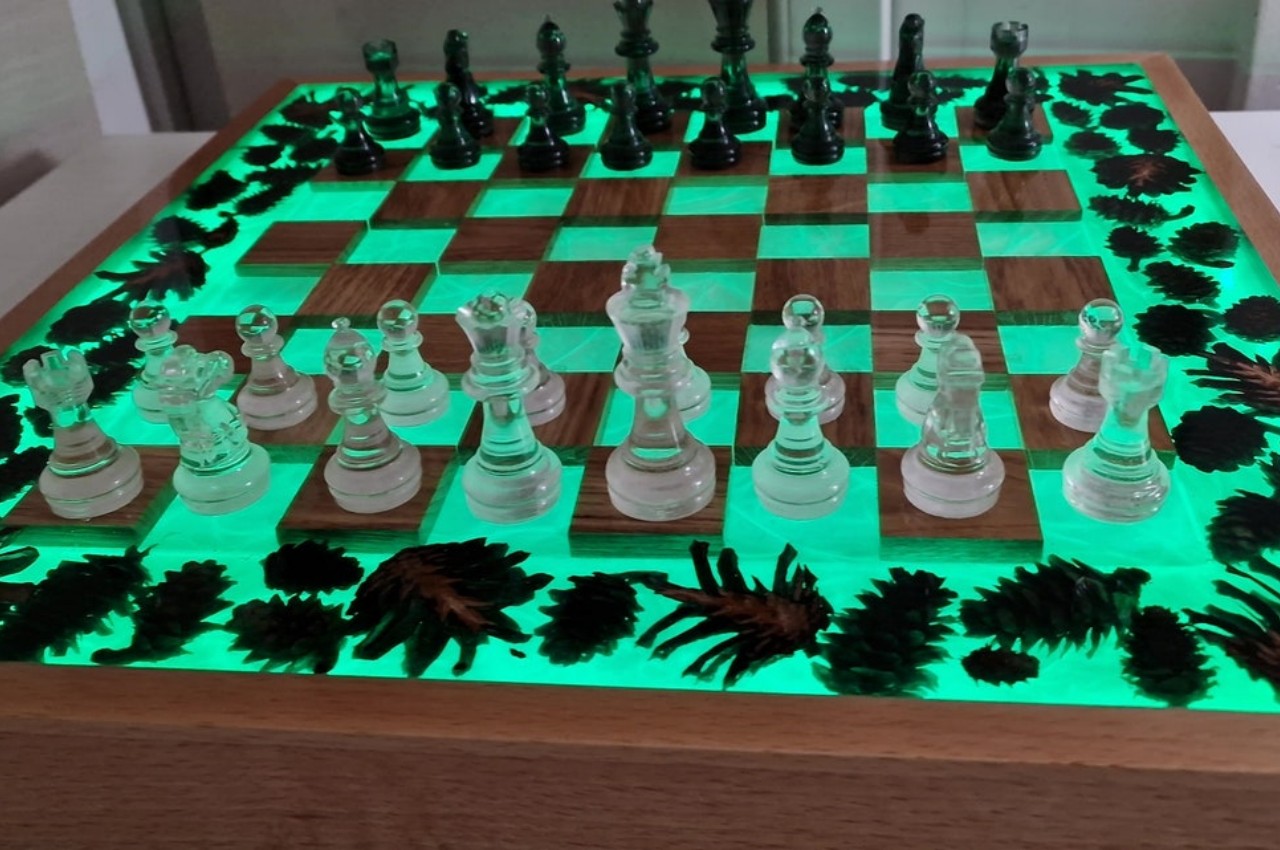 Bulbs Are No Longer Meant For Light

The SoundBulb that we saw some time back, stood for sound innovation with lights. The question is, how do you up the ante and dish…

I have a confession; I realize I make far too many movie references in my posts for the beautiful concept designs we receive here at…

Forget Ultrawide photos… With the VIEWPT camera, you can shoot 4K 3D footage for a VR headset

https://www.kickstarter.com/projects/607993478/viewpt-vr180-nanoworlds-first-4k-vr-live-streaming-camera If you think about it, we’ve come a long way since the first ever camera on a phone. Cameras on today’s smartphones can motion-track,…