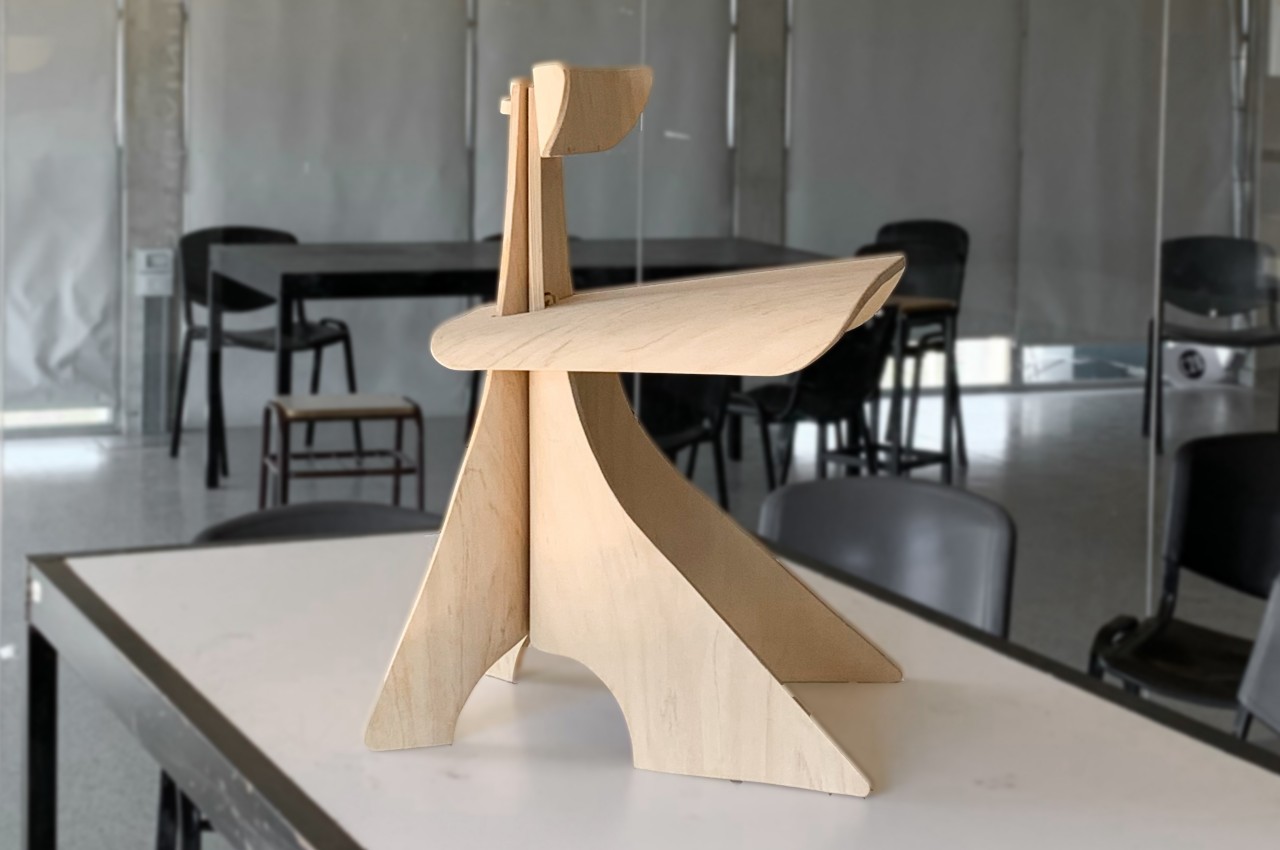 Furniture that can be assembled at home has seen a rise in adoption over the past years, in no small thanks to the popularity of minimalist designs from the likes of IKEA. The idea is to allow these products to be shipped more efficiently while offloading the task of assembling the final piece to the owner. While it might be cheaper in terms of shipping and space, there are hidden costs to this system, such as the effort required to put everything together as well as limitations in design because of space requirements when being packaged and transported. These factors might actually be deal-breakers for some homeowners, which is why this wooden dining chair concept is particularly interesting in how it solves almost all those problems by being trivial to assemble while also looking quite unique and appealing. 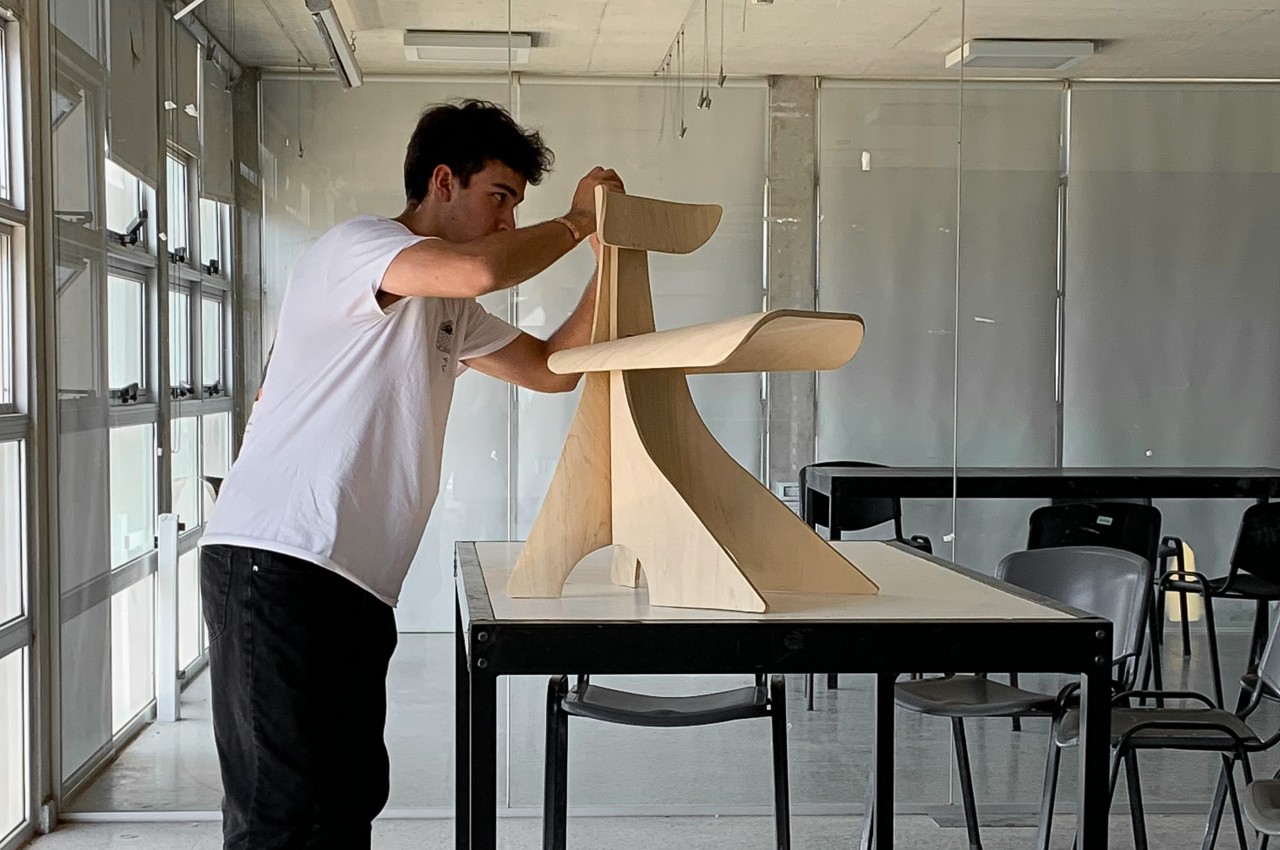 Ready-to-assemble or RTA furniture often comes as flat-packed products these days. They take up less space in storage or in transit and are often minimalist by nature to be easy to assemble. Despite that fact, it’s not always easy to actually assemble these pieces of furniture, with many of them requiring the use of at least a screwdriver or an Allen wrench, which are thankfully included in the box at times. Depending on the complexity of the design, that work can take anywhere from 30 minutes to hours. 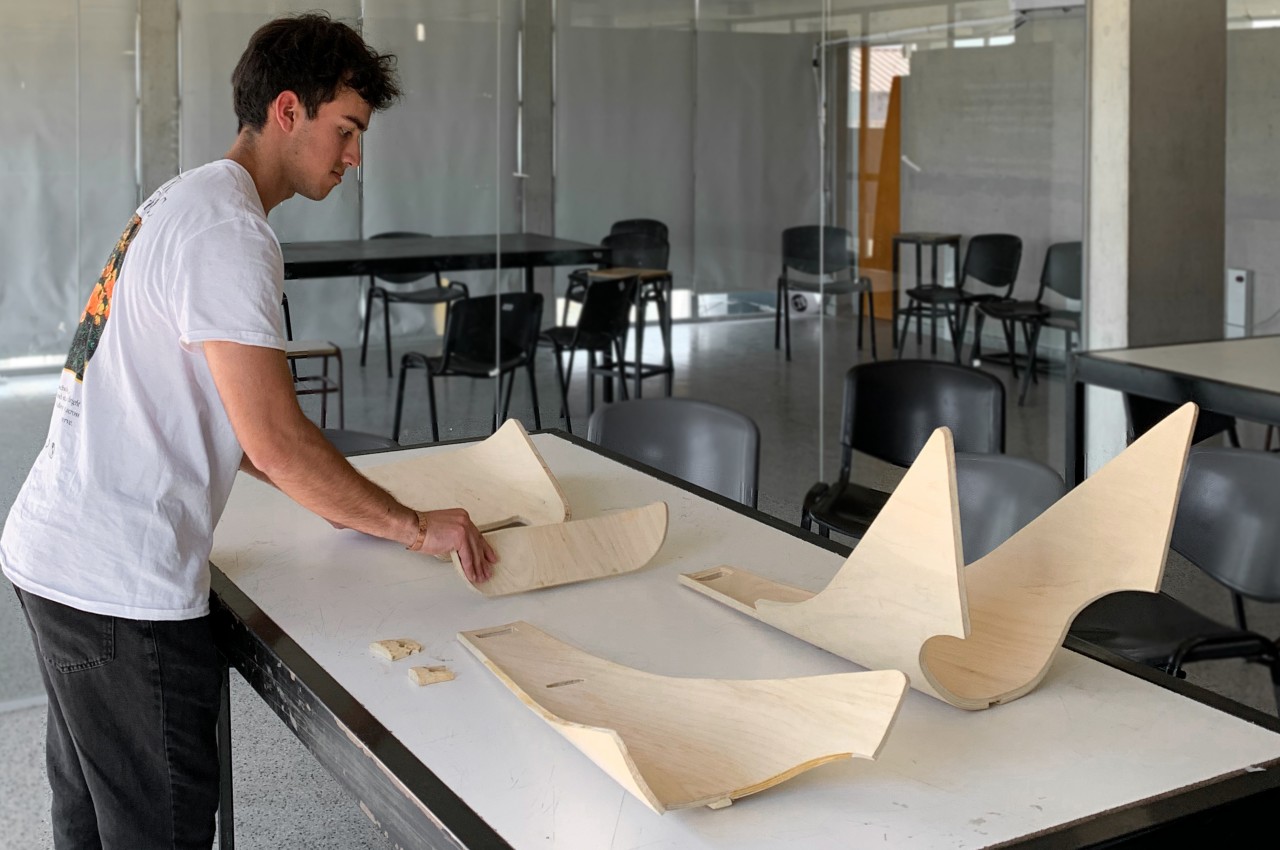 The Yugan Chair, in contrast, can be assembled in just five minutes without using anything other than your two hands. The wooden chair’s design only requires fitting pieces together into holes, not unlike those wooden puzzles that form animals or popular landmarks. It uses a combination of architecture and physics to keep the chair together and support the person’s weight when sitting on it. 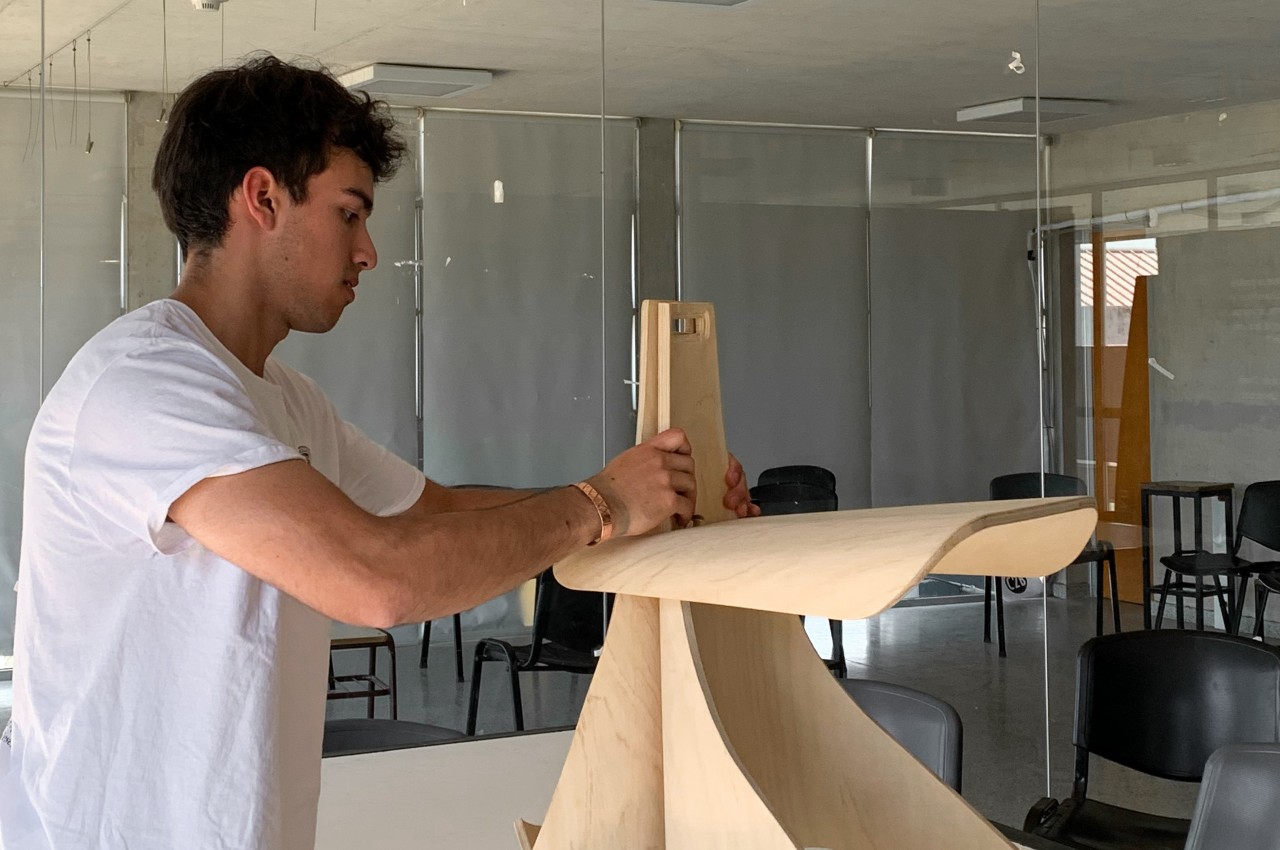 Of course, that isn’t the only admirable quality of this concept design. Specifically designed for small living spaces, the dining chair has a distinctive form you wouldn’t normally associate with this kind of furniture. There is almost no straight edge or surface in sight, with each part sporting soft curves that are eye-catching and pleasant. Admittedly, that does mean that this chair can’t be flat-packed, but its components will still take up less room than a fully assembled chair. 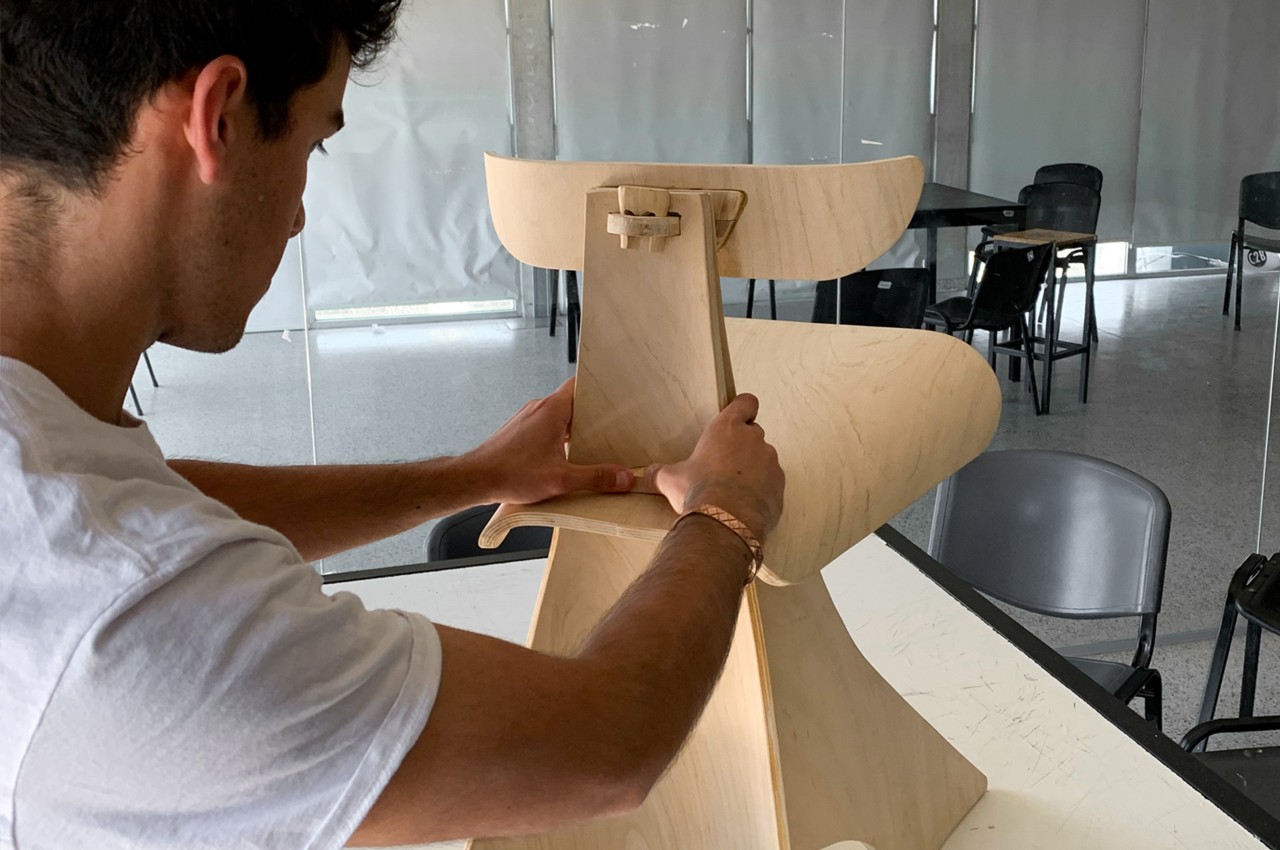 Although toolless assembly isn’t exactly new, the Yugan chair still manages to capture the imagination thanks to its curvy character. Even better, the design is finished yet. It is intended to go beyond being a dining chair and also function as a bench just by mixing parts. So while it will take up a bit more space in packaging and shipping, you are really hitting two birds in one with a multi-functional chair that won’t make you sweat too much just to put it together. 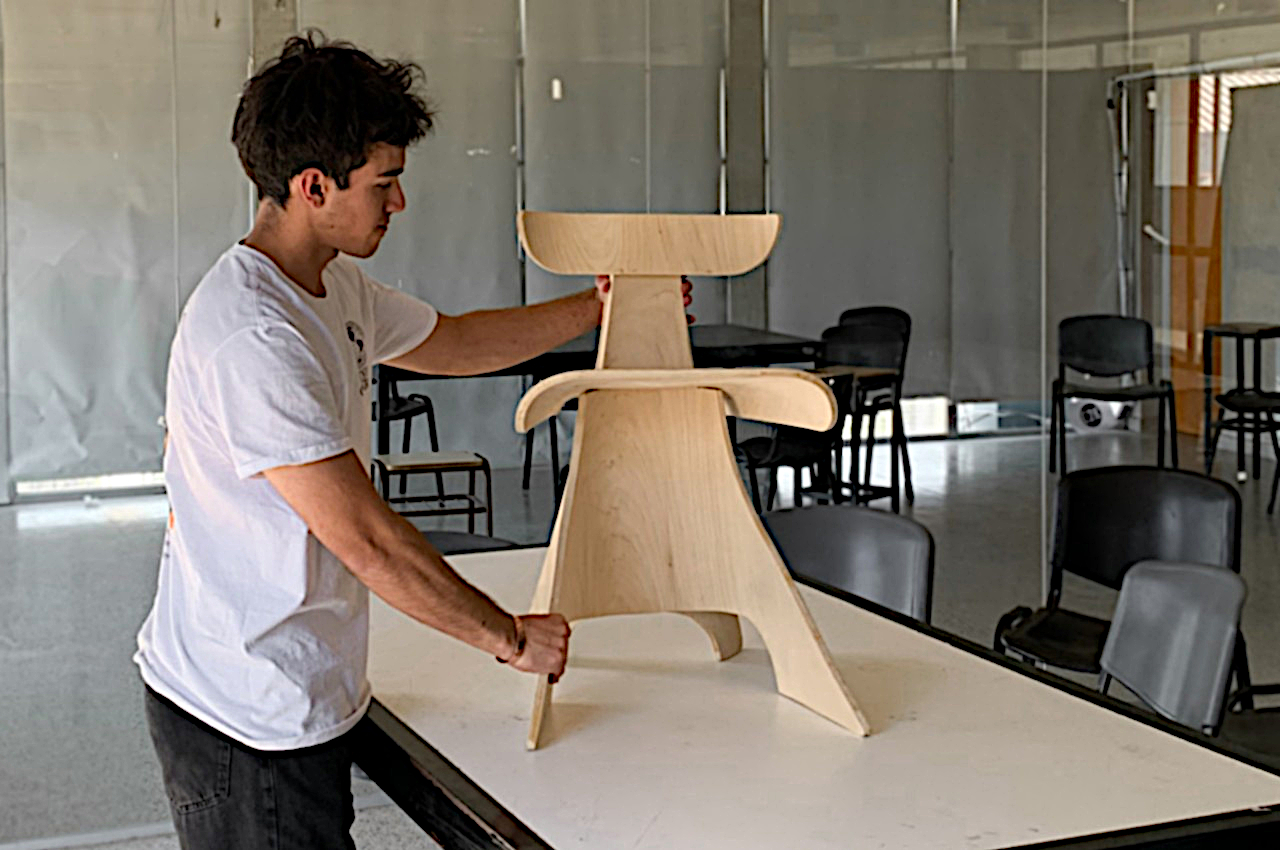 I love this “plated” table top from Elad Kashi. Although the legs mimic a very well known designer, it’s all about what’s on top. The…

Seating in public places is usually basic and boring. Not that form is a more critical function, but anyone can use the environment to express…

Now that some of us are back to working in offices (at least for most of the time), it’s both a blessing and a curse….