When I first saw Apple announce the iPhone 14 Pro, I distinctly remember having two thoughts: the first one being “Wow, that Dynamic Island looks fascinating”, followed by “Wait, that’s the only design change? What will they possibly do next??” The 14 Pro seems to mark the longest that Apple has committed to a design style. The camera layout has stayed the same for 3 years; the flat-edge design and lack of a home button have stuck around since 2017, and it’s been 10 whole years since the Lightning Port was introduced on the iPhone. If there ever was a time to make a massive design change… this was it. And I’m not talking about ditching the notch for an island. I’m talking about something more substantial.

Putting together all the rumors available on the interwebz (with a few creative tweaks of his own), concept designer Antonio De Rosa has unveiled what could possibly be the most radical change to the iPhone in the past 5 years. The iPhone 15 Pro Max retains the flat edges (although they look more rounded than before), but has a sizeable change in practically every other area you look at. This incredibly enticing concept features a larger Dynamic Island on the front, rocker-style volume buttons that also slide independently to put your phone on mute, a Thunderbolt 4 port on the base (instead of lightning), and an absolutely unrecognizable back with a new camera layout + branding. If all that awesomeness somehow wasn’t enough for you, there’s even an M1 chip on the inside, marking the first time an iPhone would receive Apple’s M-series chips. 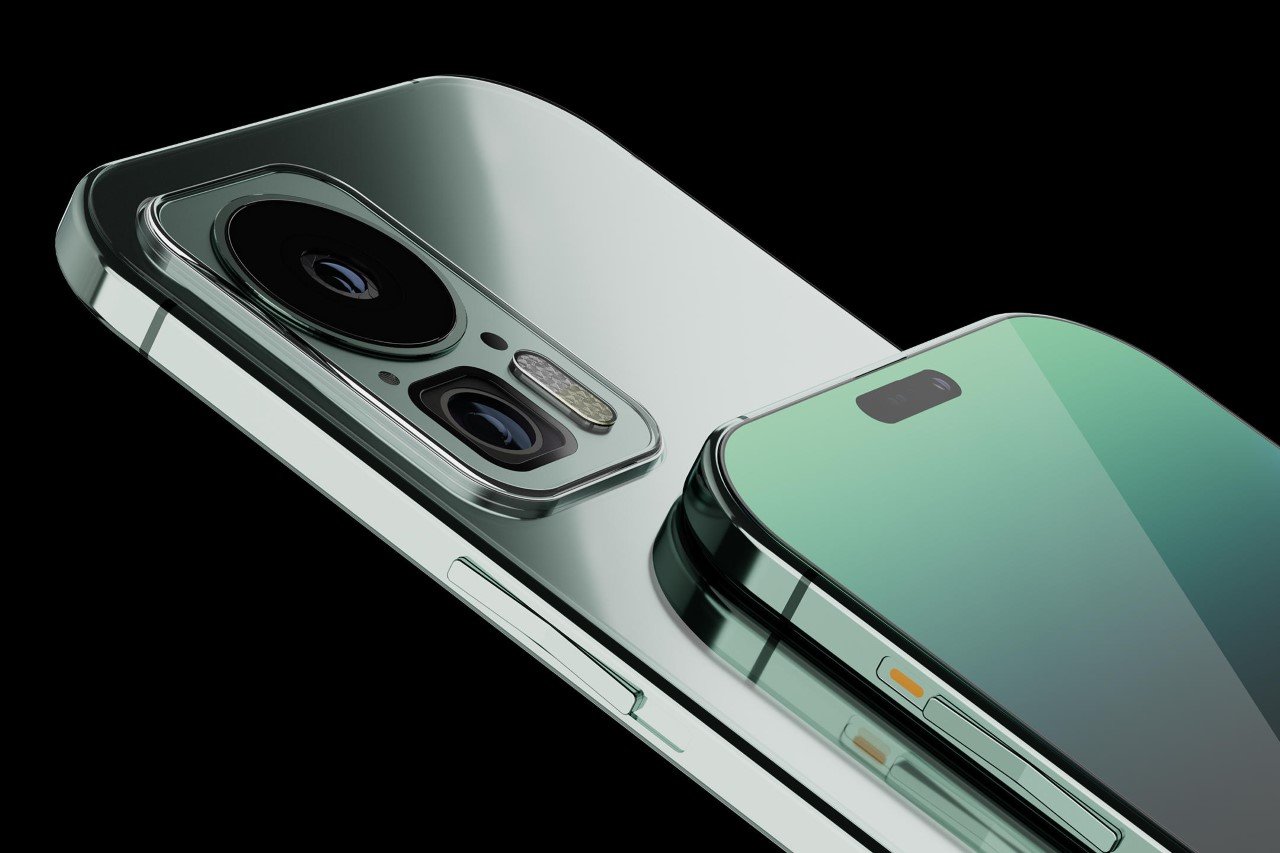 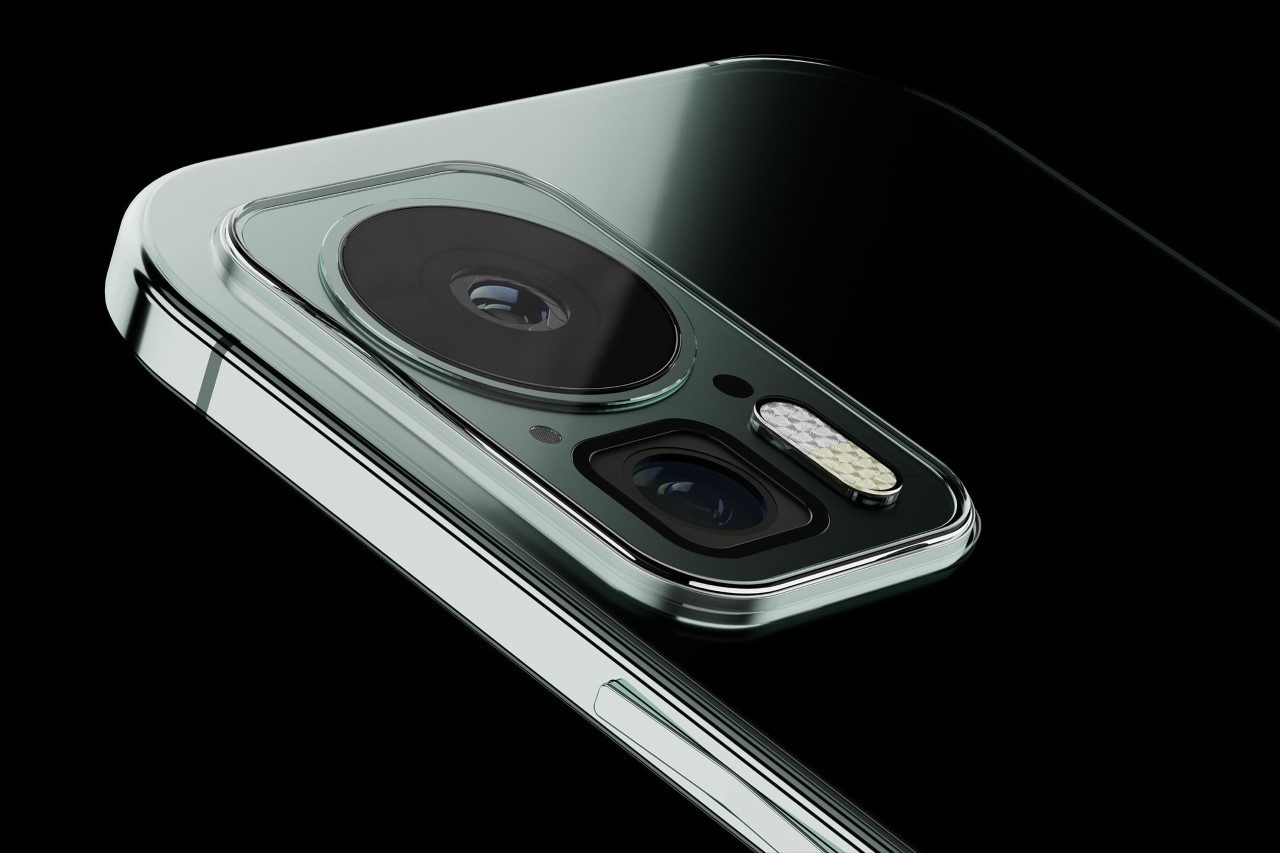 The first thing you notice with the iPhone 15 Pro Max is that honker of a camera bump featuring 2 large cameras instead of 3 smaller ones. The reason primarily being that one of those cameras now comes with a variable aperture, while the other one incorporates the rumored Periscope Lens. The now-rectangular camera bump also includes a better flash, dubbed the Pro Flash Duo, and a dedicated depth mic that can spotlight certain zones and record audio of exactly what’s in the camera’s frame. 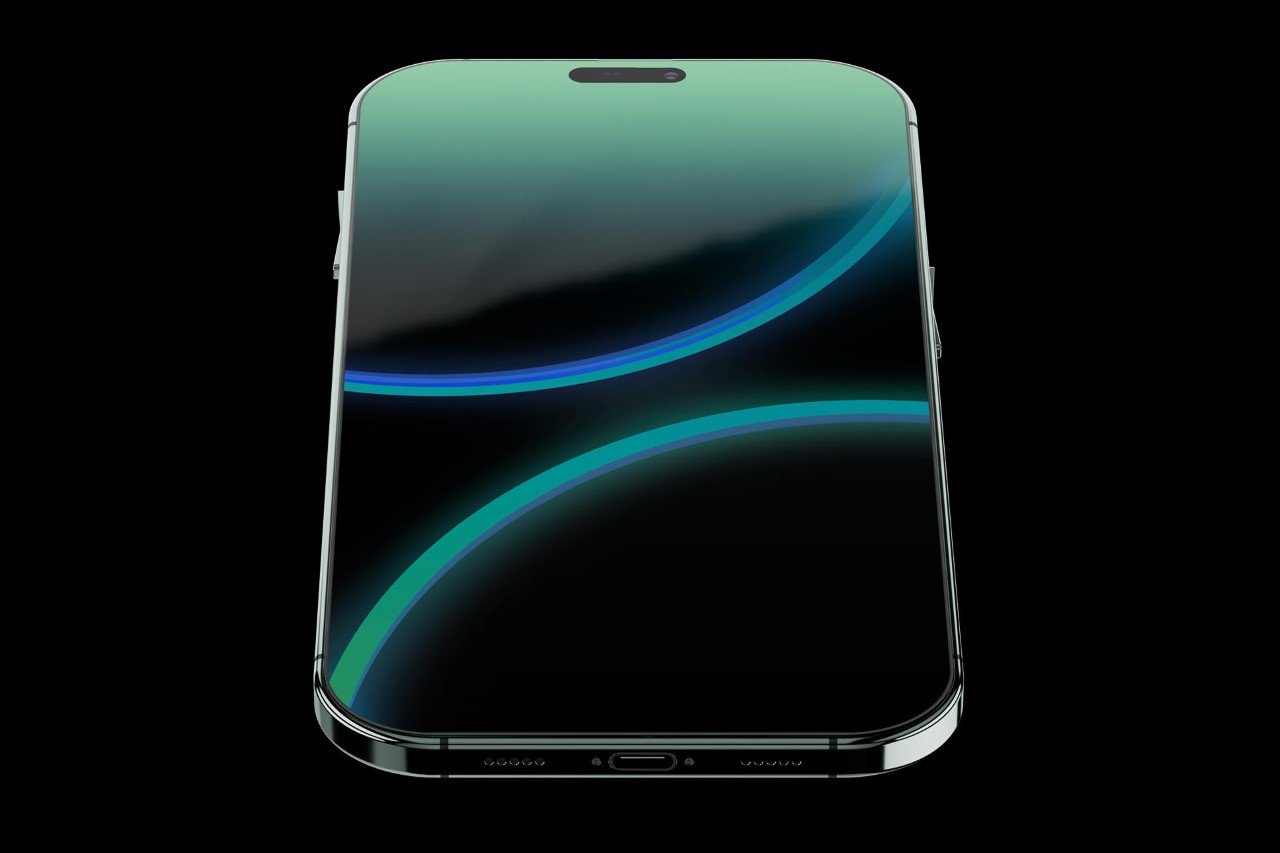 The entire back of the new iPhone 15 Pro Max feels discernibly different too. The camera bump’s new layout affects the entire composition of the back, calling for a newly designed branding system. The 15 Pro, therefore, ditches the centralized Apple logo, opting for the word ‘iPhone’ instead. The Apple logo, however, makes it to the bottom right corner, creating a semblance of balance while almost mimicking a playing card in its design. 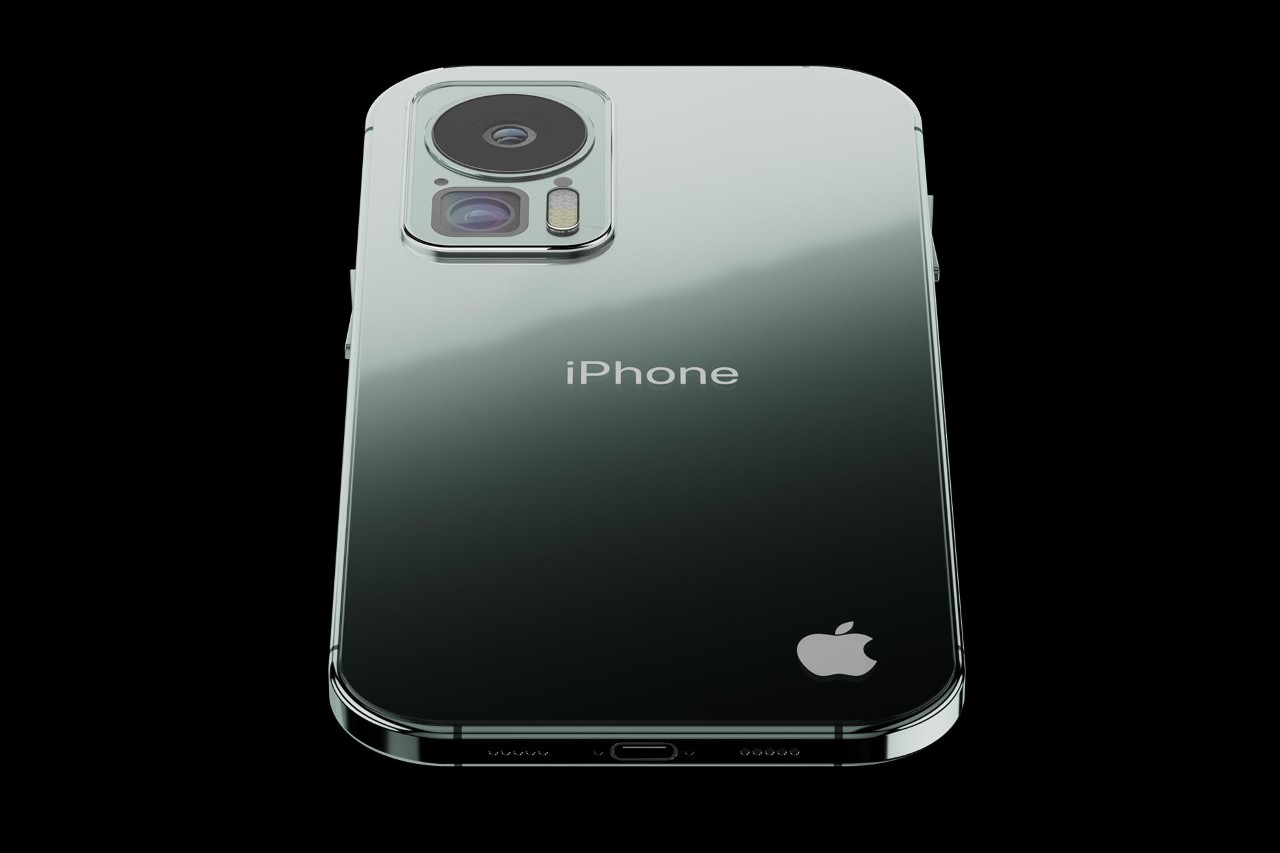 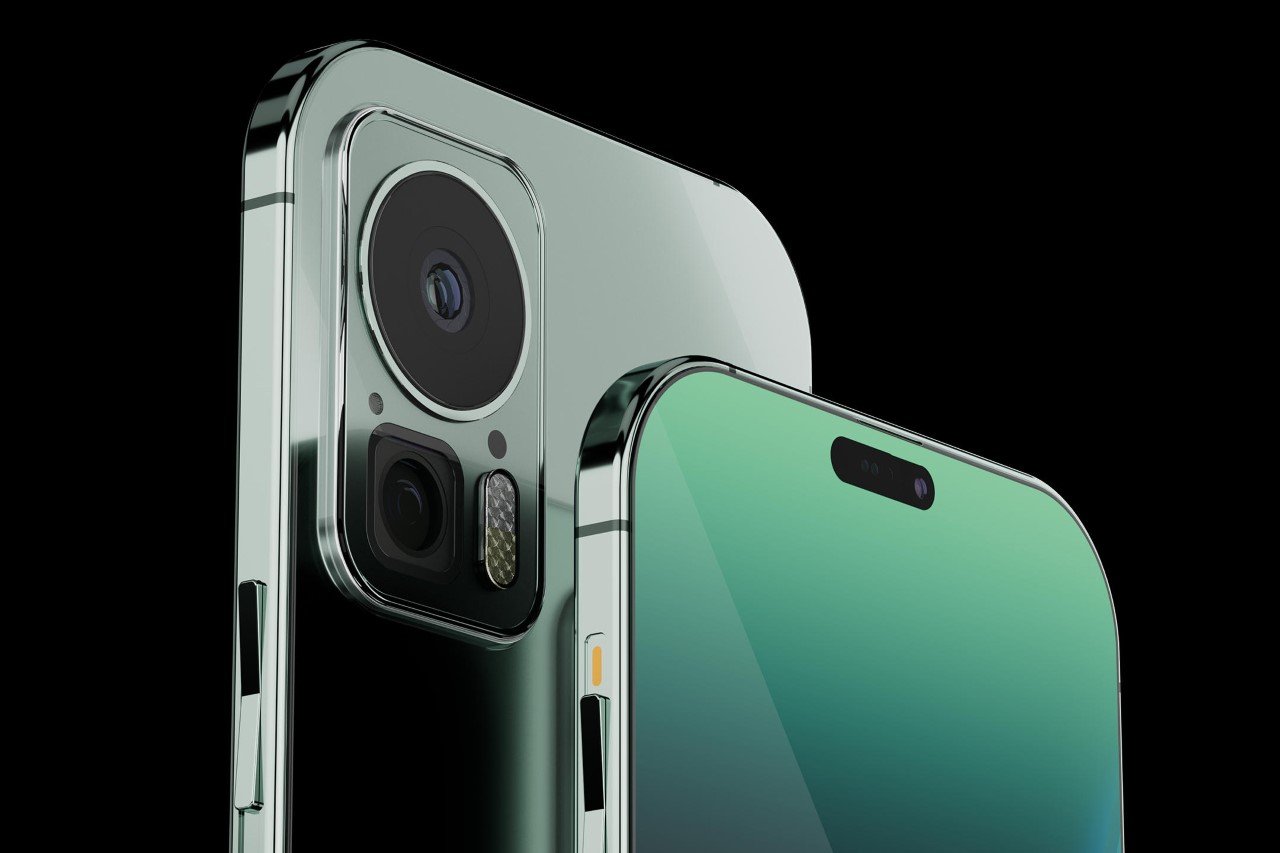 The biggest change to the iPhone 15 Pro Max is that new camera system. While the 14 Pro didn’t do much apart from introducing a larger sensor and an Action Mode with stabilized video, the 15 Pro goes back to the drawing board with a completely redesigned layout. Now looking almost like something from the Android universe (there’s a distinct OnePlus meets Vivo flavor here), the 15 Pro features a larger camera with a variable aperture, and a camera below it with a periscope lens. The variable aperture camera is a fascinating thing – it was attempted only recently by Samsung, but discontinued almost immediately… however, if anyone could pull it off, it’s probably Apple. The variable aperture works almost like an eye does, increasing in lower light settings to allow the camera to capture more light information as well as generate more natural bokeh, and closing shut in brighter settings for incredibly sharp images with a higher depth of field. The Periscope Lens right under it handles telephoto, using a unique lens setup to mimic a much longer lens to achieve better optical zoom. 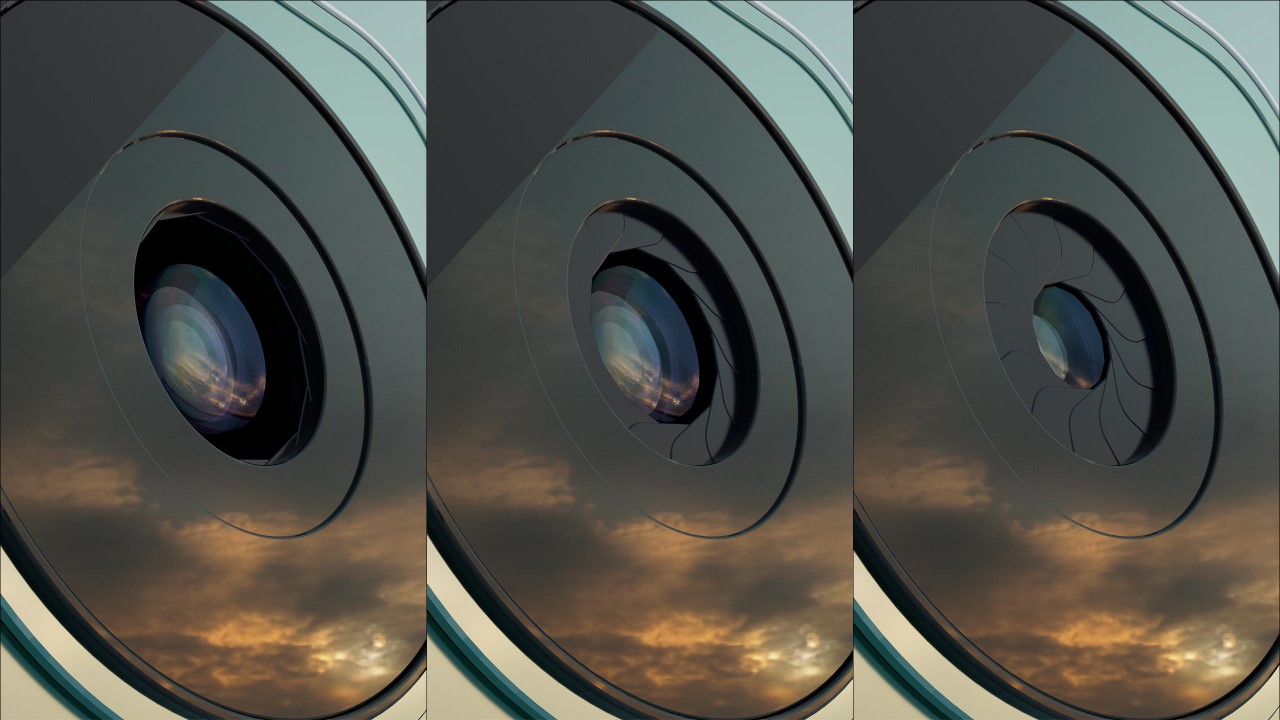 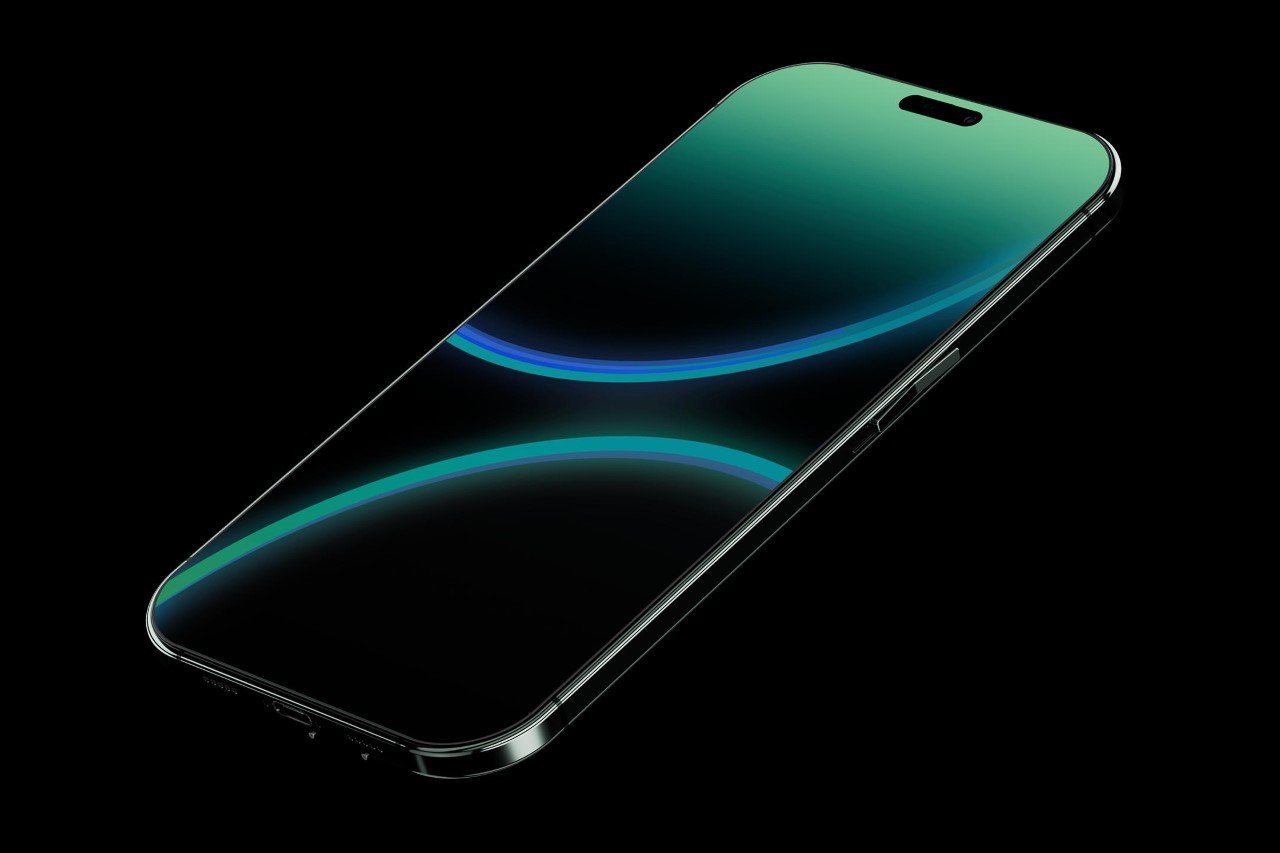 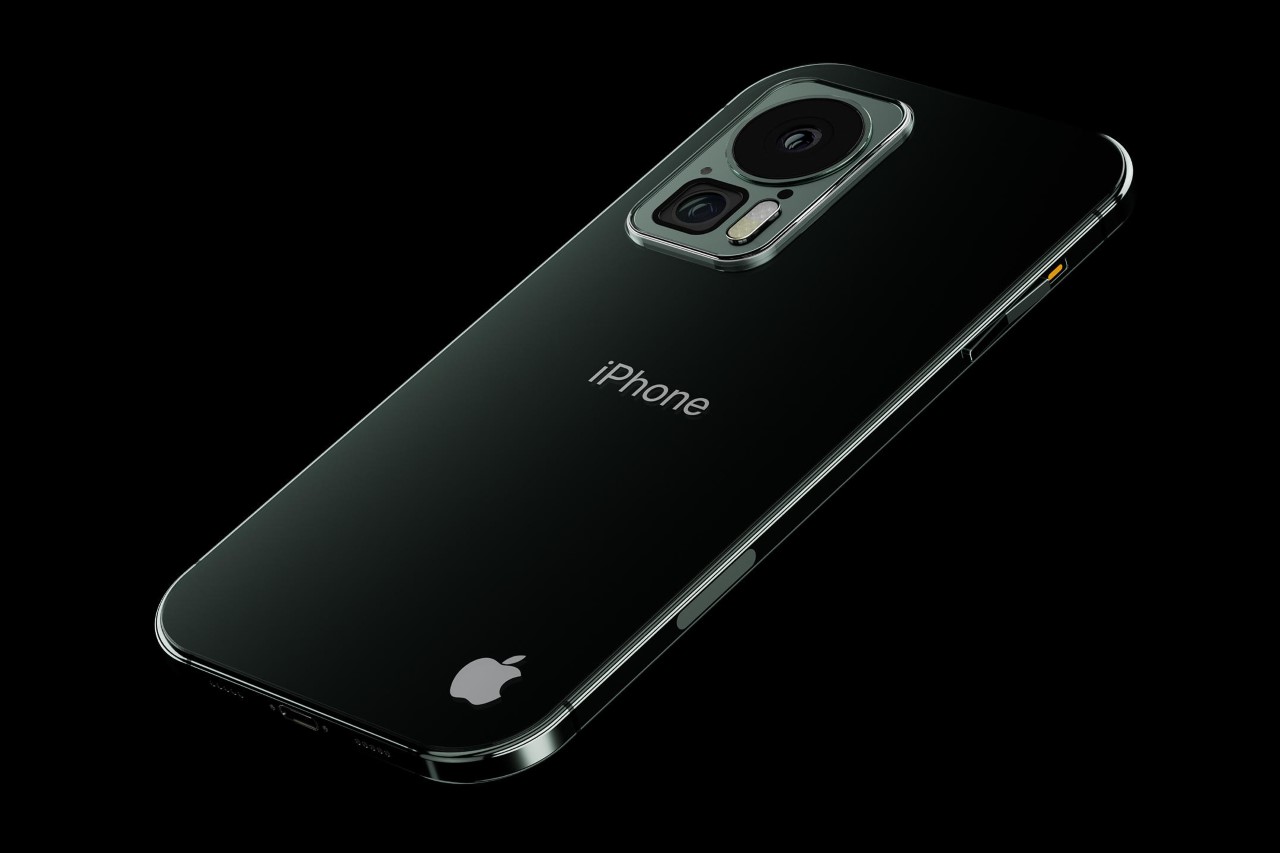 Perhaps the most expected change to the iPhone 15 Pro is the death of the lightning port. Thanks to EU legislation, the iPhone 15 Pro’s expected to have USB-C instead, although the company will probably outdo itself by going to Thunderbolt 4 directly. The smartphone will still retain MagSafe and wireless charging, given that Apple probably hopes to migrate to a portless iPhone in the near future. 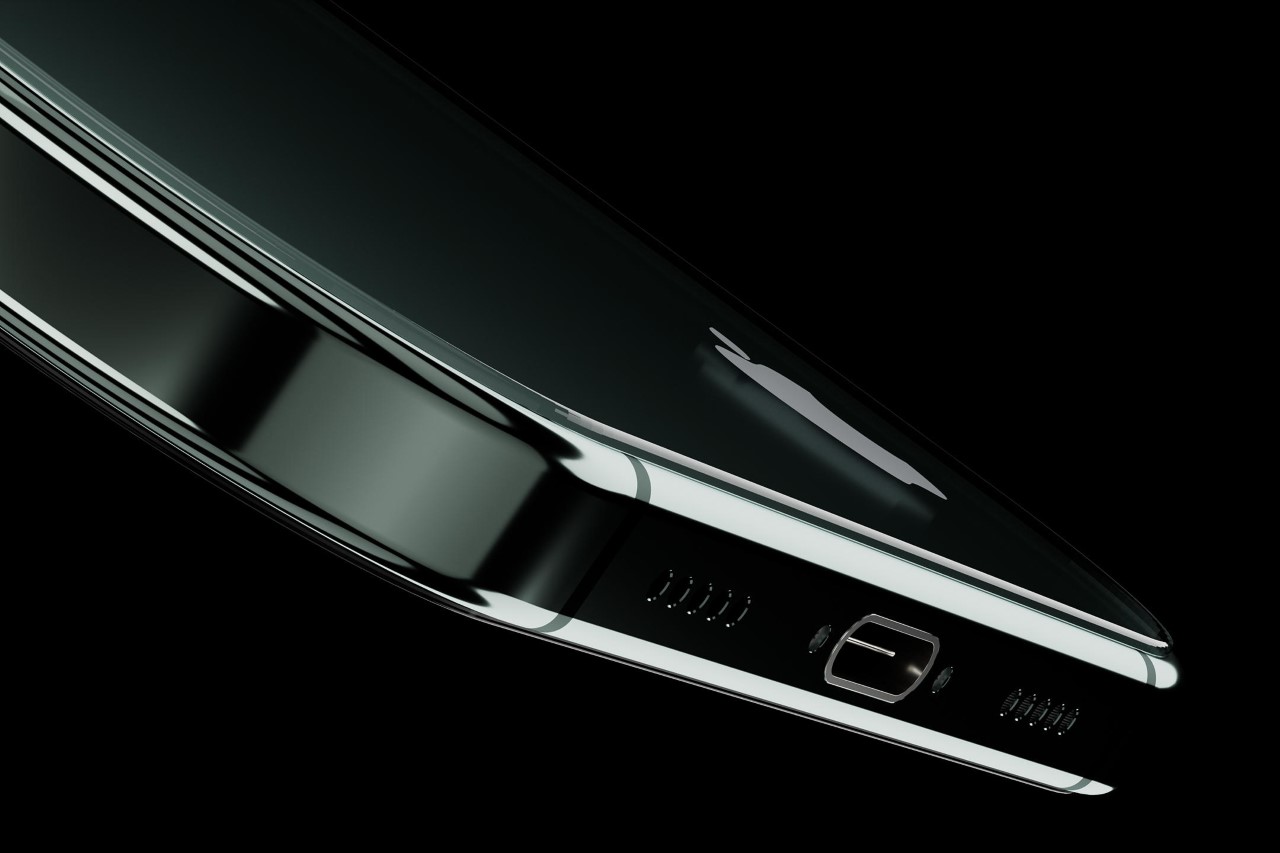 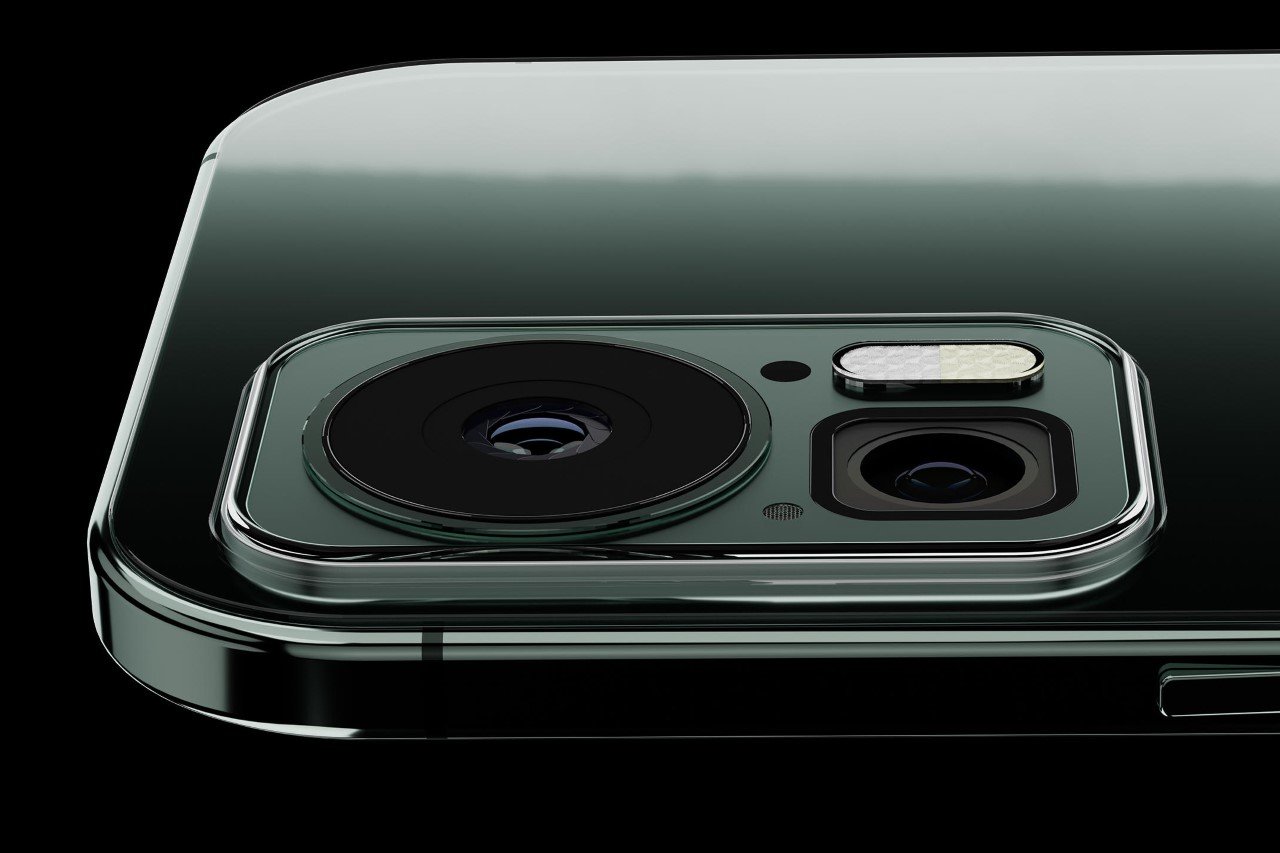 The concept also brings the M1 chip to the iPhone – a feature that seems like a distant reality but is fun to imagine nevertheless. It does, however, share a few features with its predecessor, including a Dynamic Island (now bigger and better), an improved SOS feature, an Always-On display, and a SIM-free build.

Apple’s expected to introduce the iPhone 15 series as early as September 2023, although there’s no saying what the supply chain shortage will mean for the company’s ability to deliver its next best iPhone on time. Apple’s also rumored to announce a VR/AR wearable towards the end of the year too! 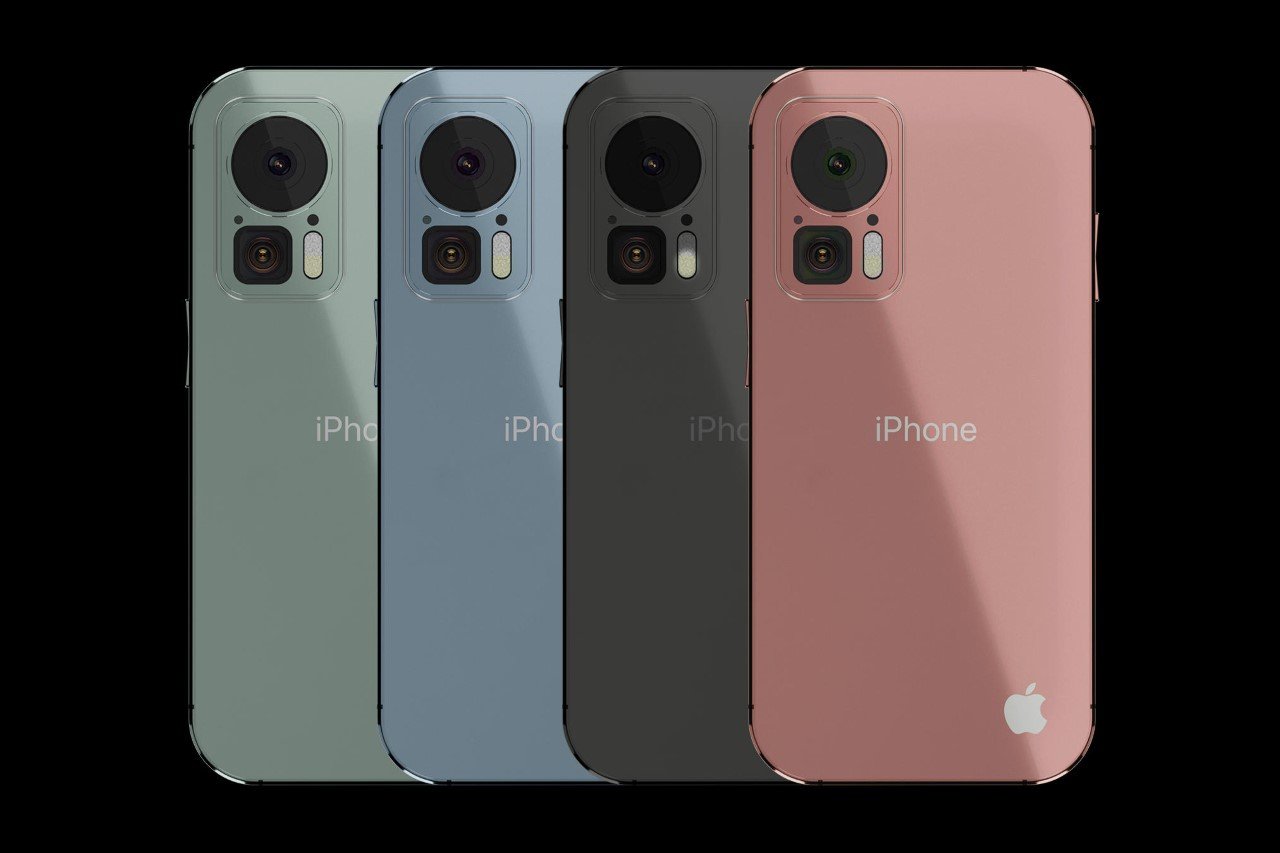 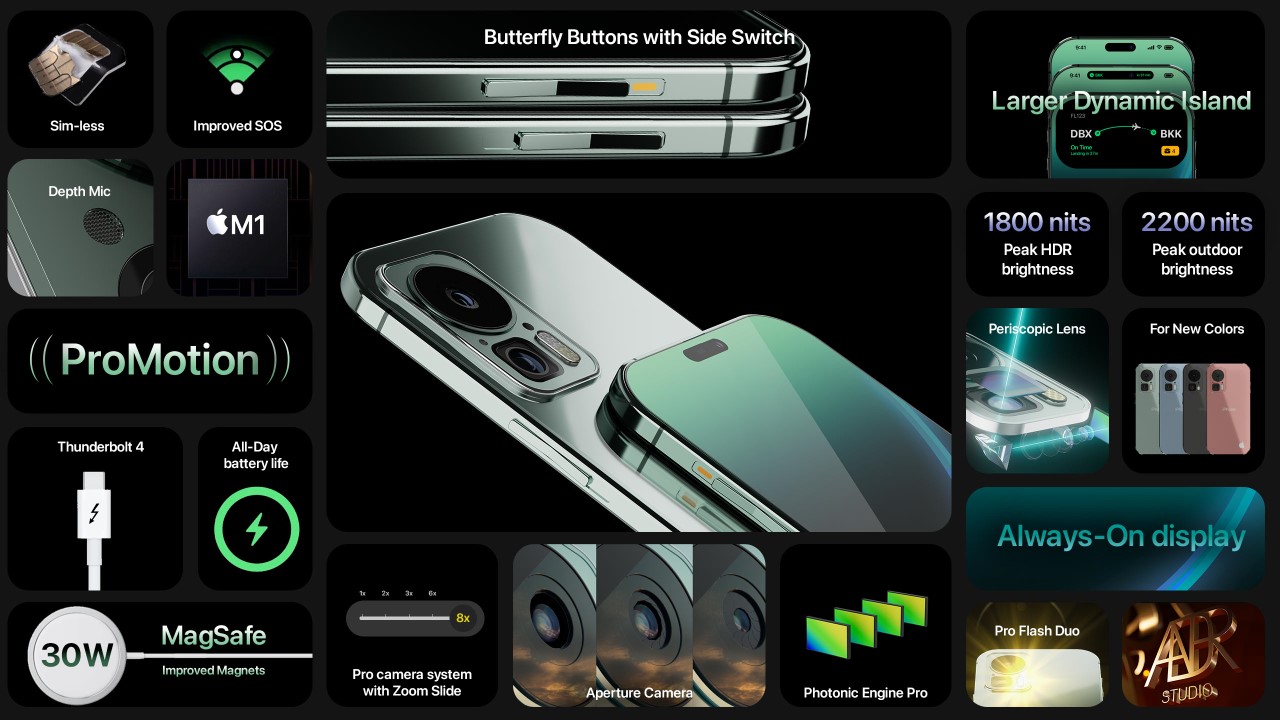 Gone With The Wind

Have you ever opened a window and said to yourself, “damn Gina, it’s windy.” Harness that energy with the AERO E. Energy is converted from…

Shells have long been admired for their beauty, as a symbol of nature, and as a reminder of the sea. The Conch superyacht takes inspiration…

The easy way out to combing my daughter’s hair is to simply snip it short. But the girl likes her lustrous mane long and in…

Welcome back, I.D. fans, to this newest installment of “Do-Want” for artists and nerds! Today’s product is made by a designer who’s been published by…