Winter may be around the corner, but power outages shouldn’t be. Got a relatively big house with multiple large appliances that suck a lot of electricity? Well, the BLUETTI AC500 power station has you covered. With a mind-numbing 5000W power output (and 10,000W surge power capability), the ability to hook as many as 6 battery packs, and even draw power entirely through solar panels, the BLUETTI AC500 packs more than enough punch to take care of power outages. It can simultaneously run your desktop, television, washing machine, microwave, and fridge while allowing you to occasionally charge your EV. Heading to a campsite for a couple of days? The AC500 lets you connect as many as 6 battery packs for a staggering capacity of 18,432Wh, letting you live off the grid for almost a week. It’s also the only power station with a 5000W output to support 100% solar energy, letting you push those weeks to months. 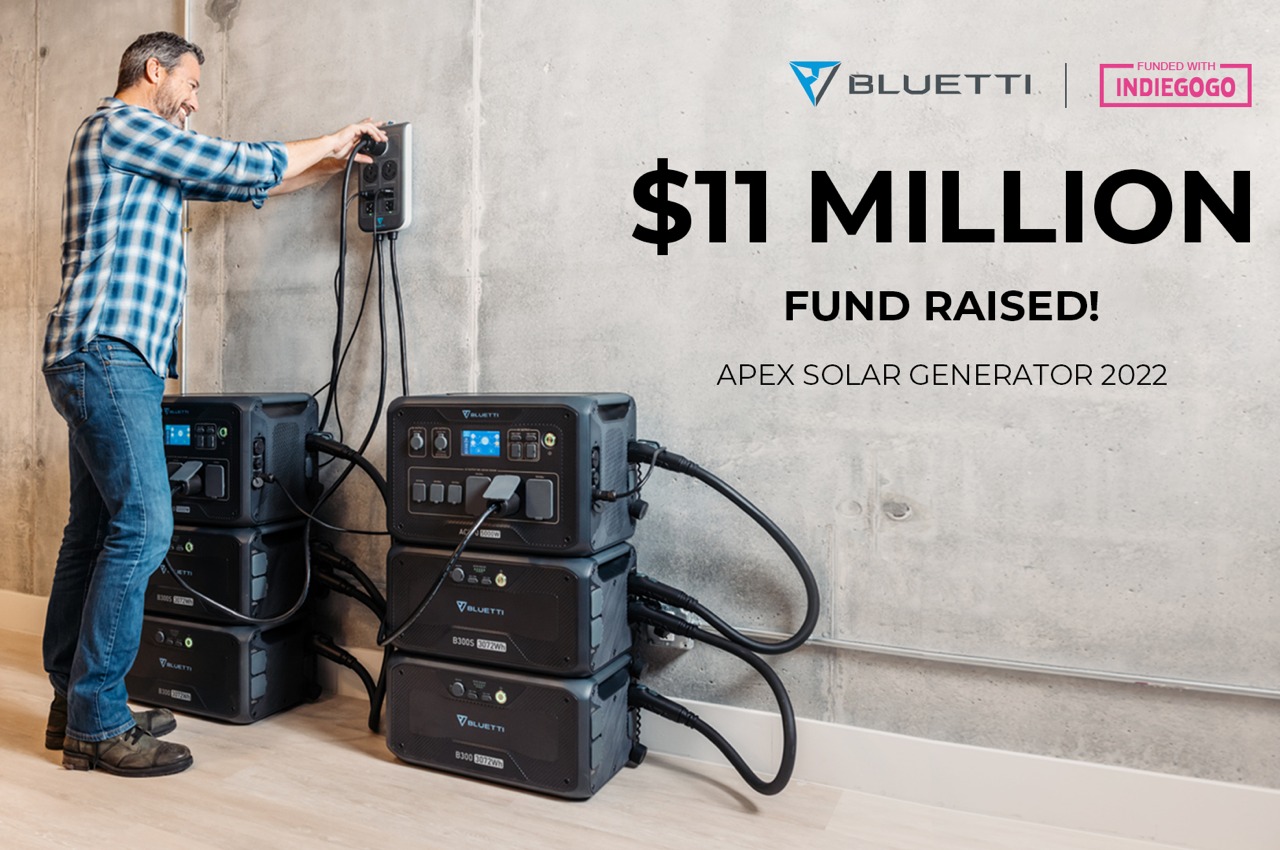 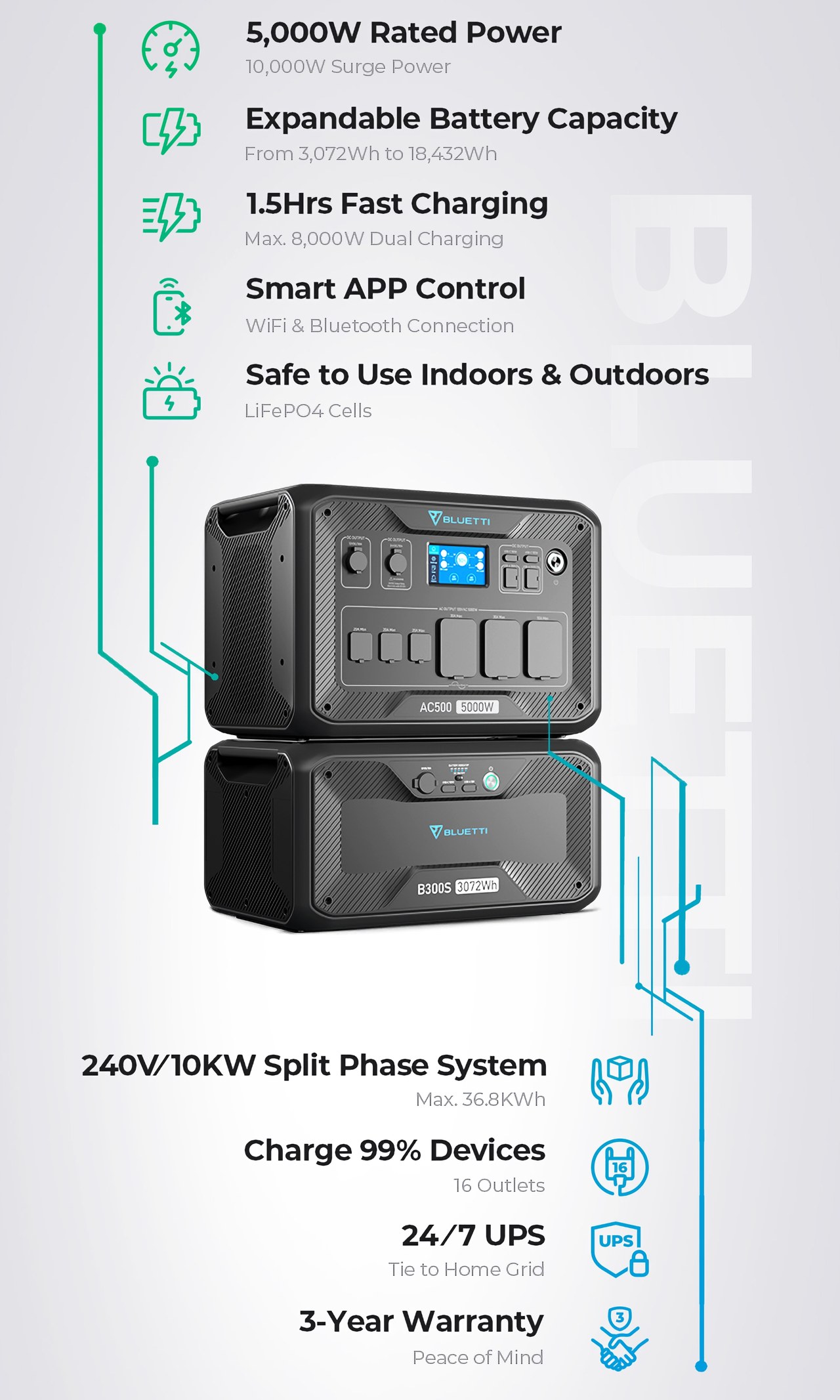 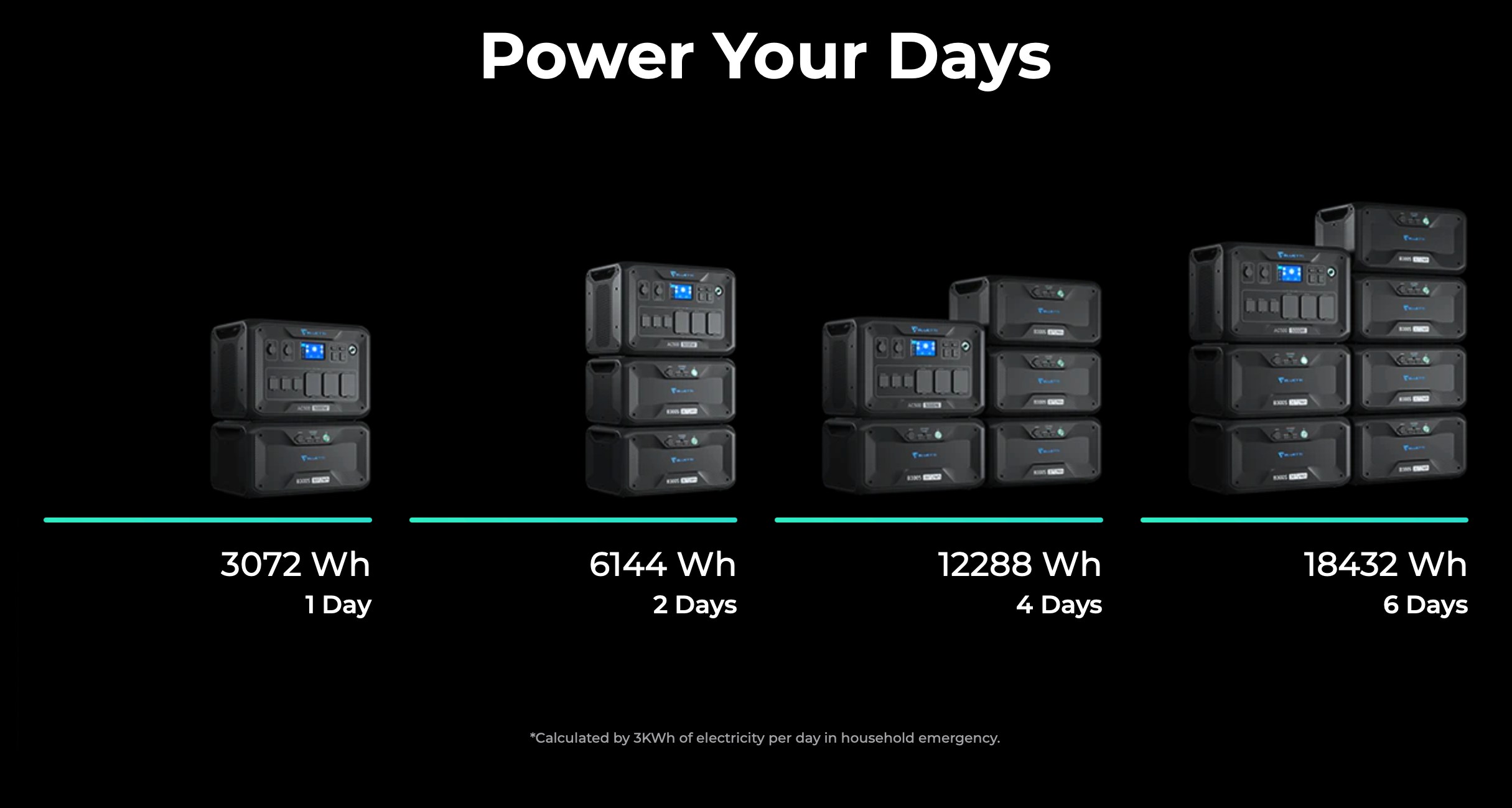 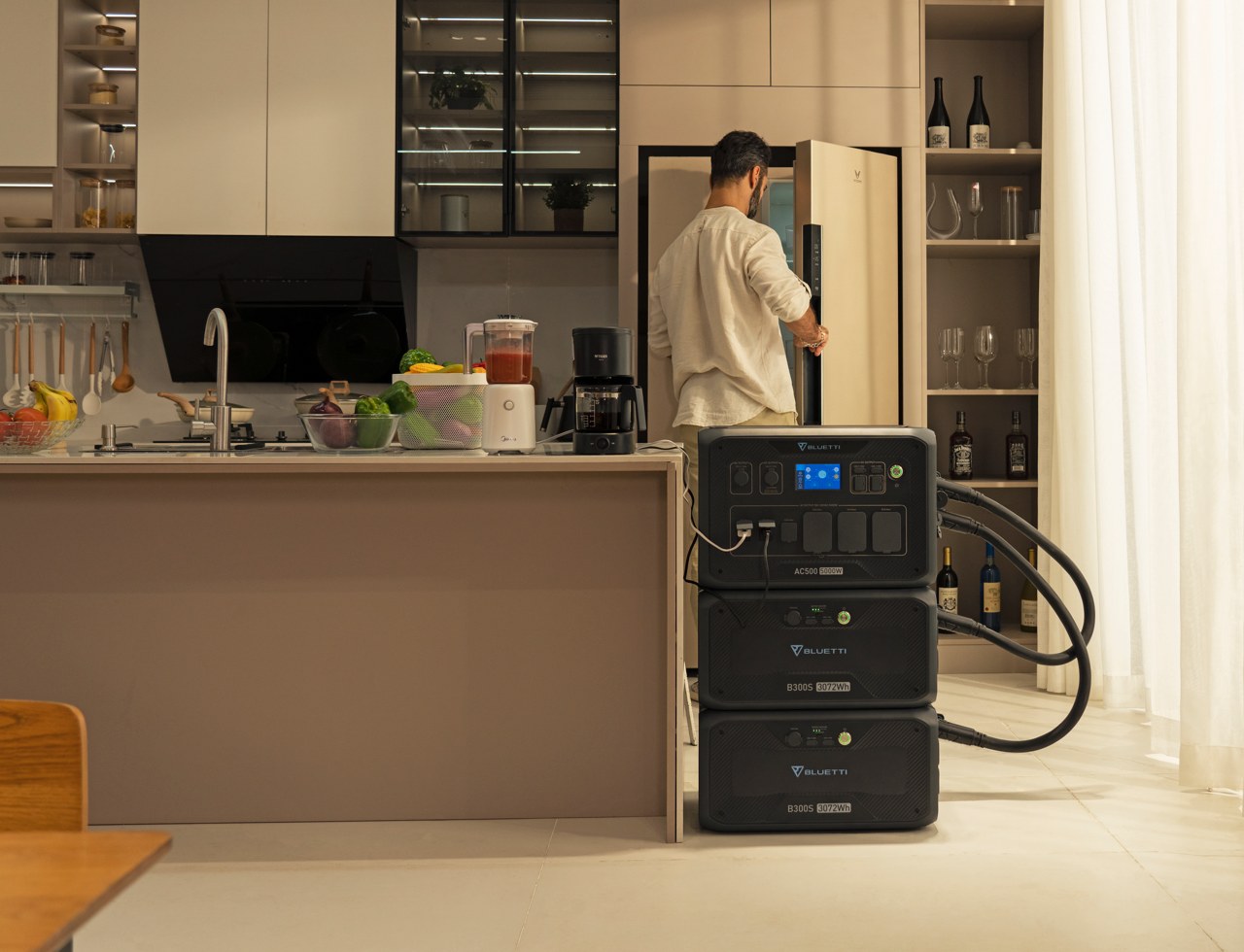 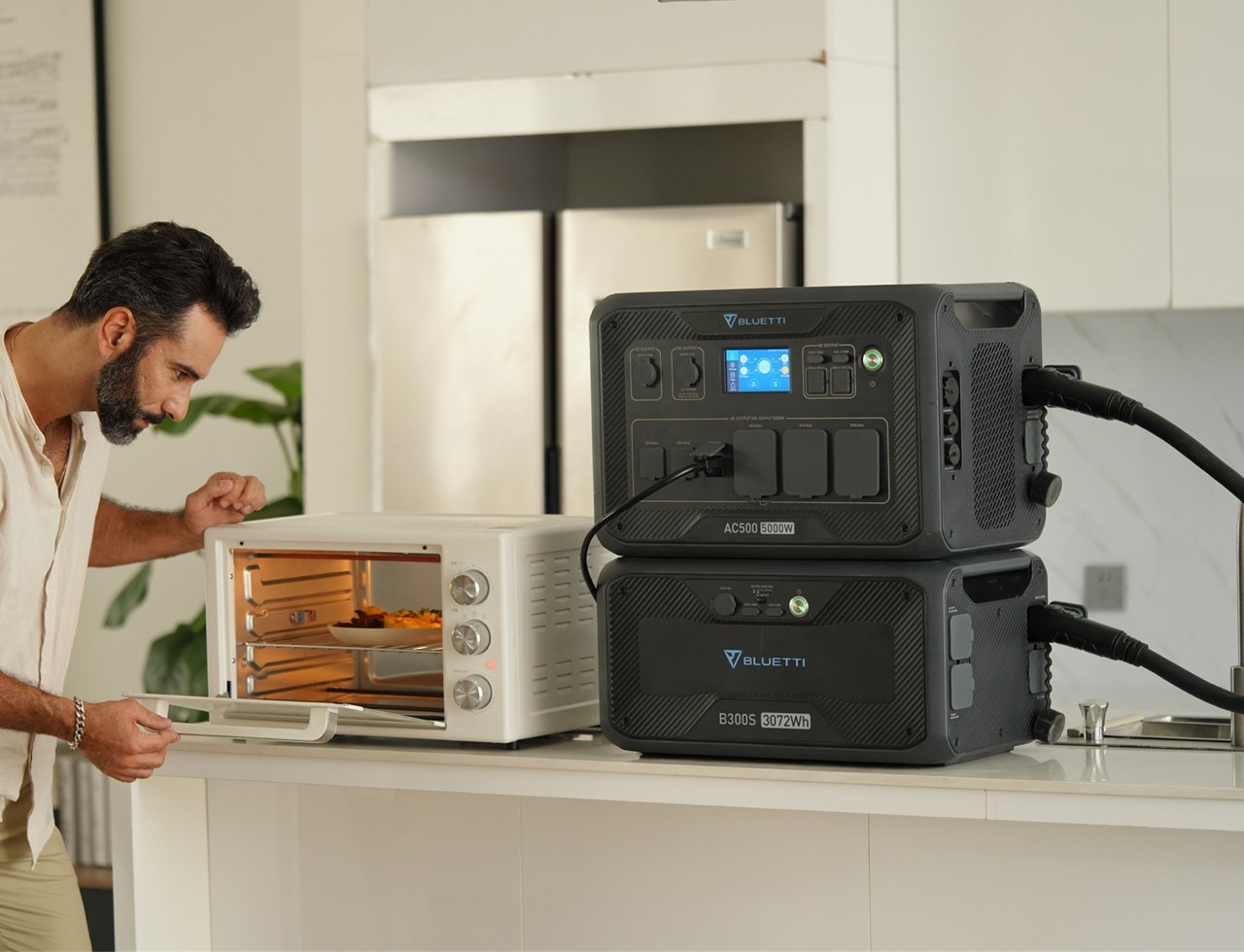 The AC500 is BLUETTI’s new flagship power station, with an output that exceeds the company’s previous device by 2000 watts. Built with a modular architecture, it pairs with the new B300S battery pack that has a 3072Wh capacity and lets you hook as many as 6 battery packs to the power station, giving you over 18,000Wh of energy, no questions asked. Both the power station and battery pack come with a wonderfully compact design that allows them to be placed anywhere in your home, or even stashed in the rear of your car or RV for outdoor use. 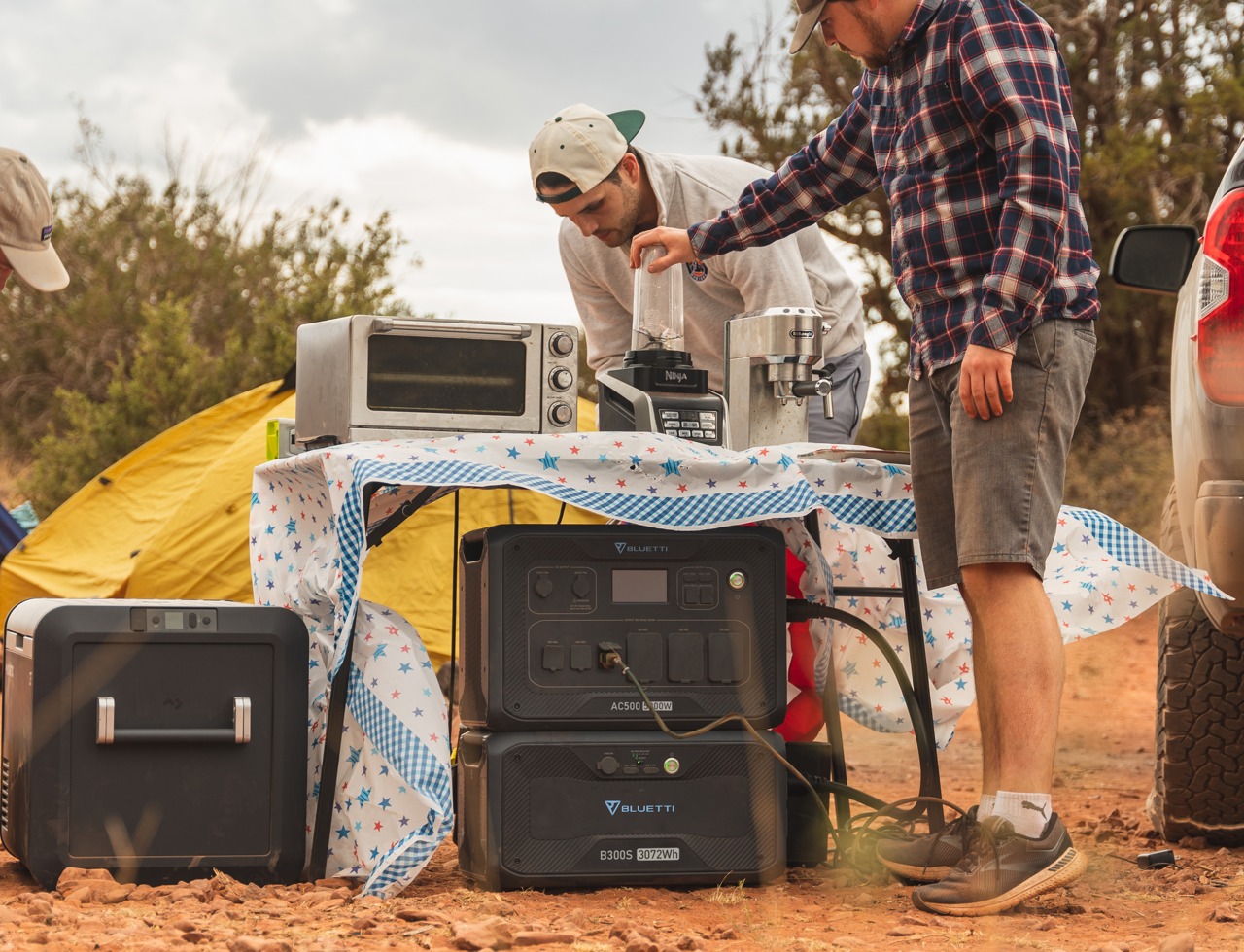 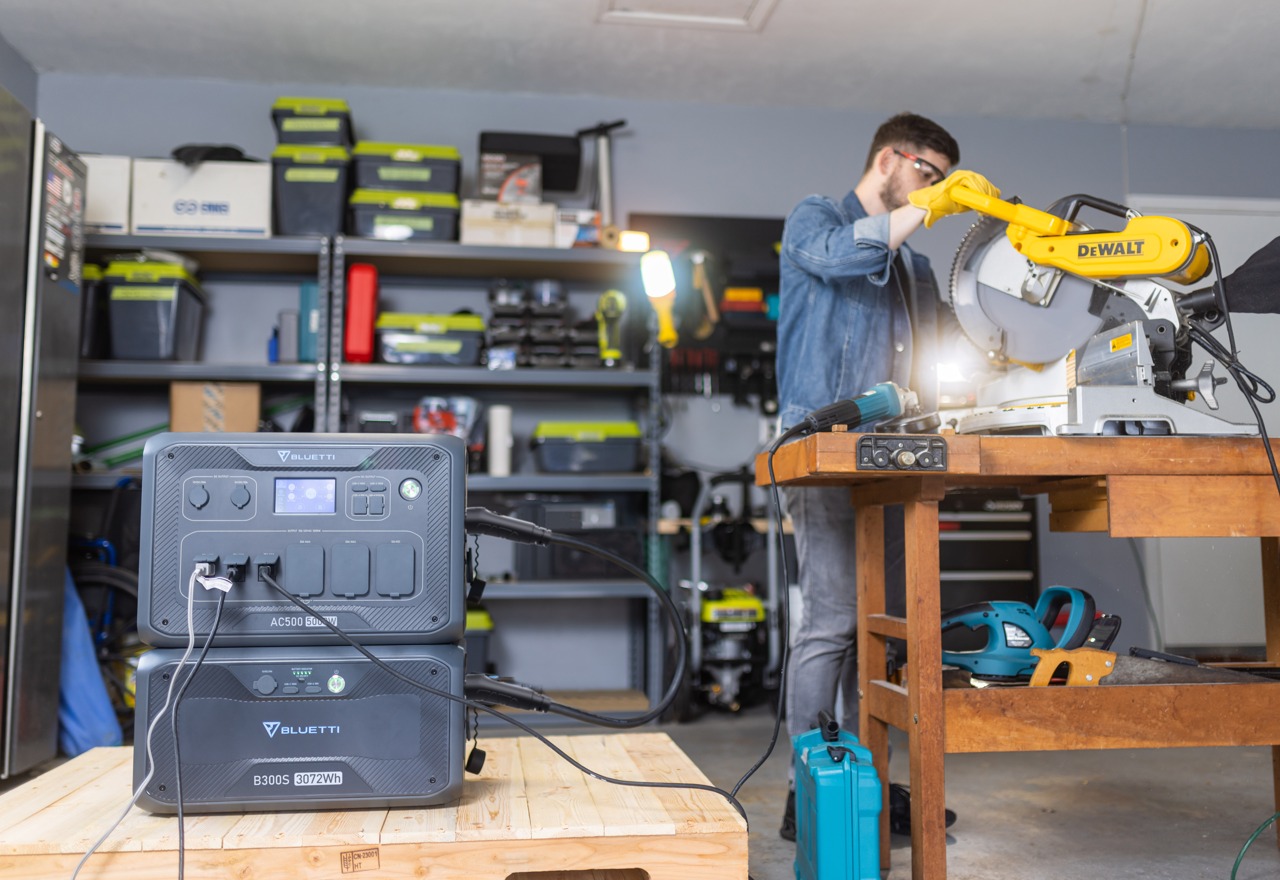 Carry it outdoors and the AC500 and B300S become your de-facto off-grid power supply, allowing you to live pretty much anywhere but still have energy. When used at home, the AC500 and B300S transform into your alternative power solution, kicking in during blackouts, outages, or emergencies to keep the lights on through any crisis. 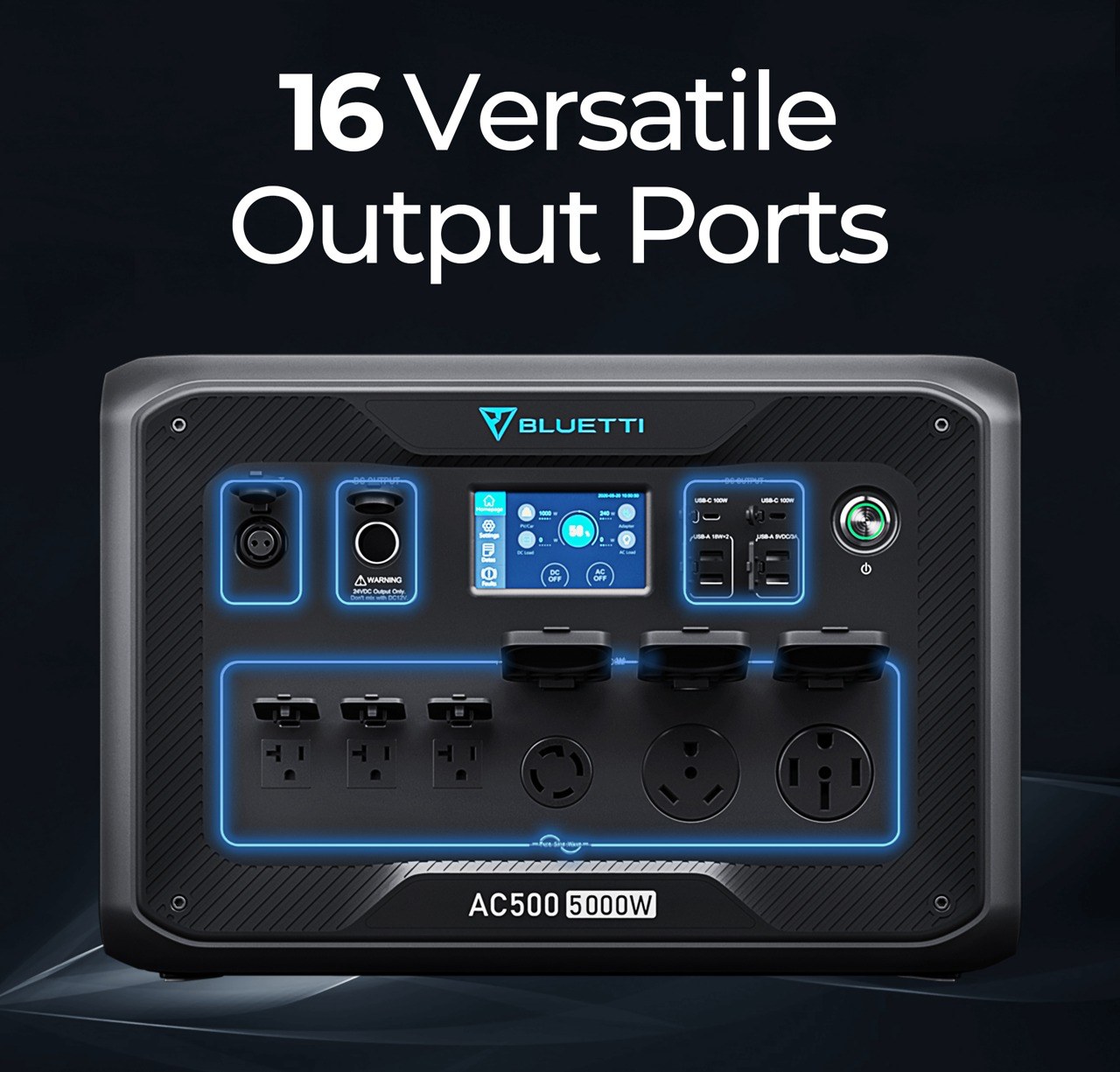 As powerful as the AC500 is, what stands out more is its ease of use. The entire setup can be put together in mere minutes by plugging modules together. The process is fast, hassle-free, and incredibly intuitive, allowing you to get things running without having to spend hours staring at a manual. Once done, the AC500 gives you the comfort of 14 outlets and ports, as well as not one but two wireless charging pads. The power station comes with three 120V AC ports, three 120V DC ports, four USB-A ports, 2 USB-C ports, a 12V RV Port, and a 24V Car Port. The AC500’s industry-leading battery management system helps distribute power safely to all ports, with a 240V split-phase bonding function and safety protocols to prevent overheating, overcharging, overloading, power surges, or any other performance issues. 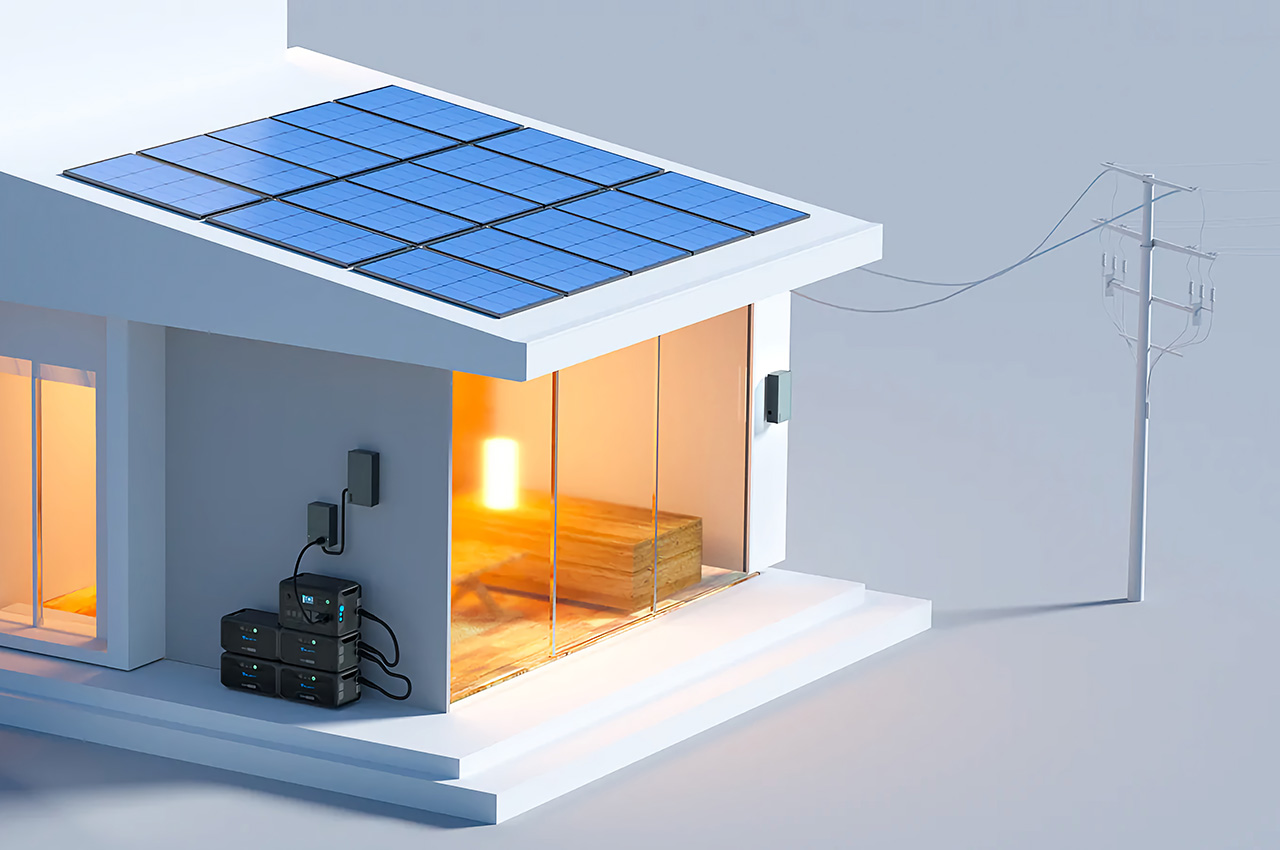 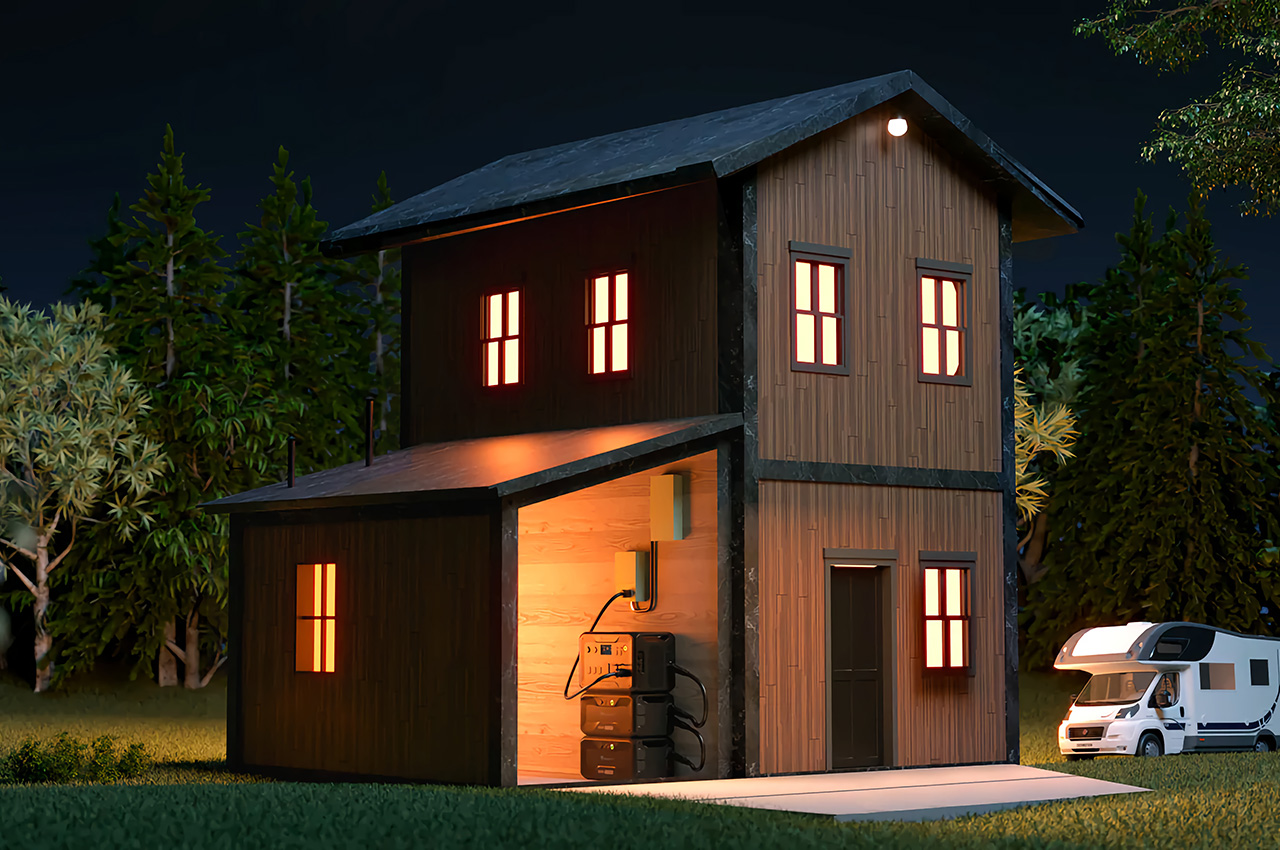 Like all of BLUETTI’s previous products, the AC500 and B300S offer multiple charging methods. Notably, the AC500 can be hooked to any AC wall outlet to keep its batteries juiced, but can also be connected to solar panels supporting panel arrays of up to 3000W. You can even connect the two simultaneously, giving you the benefits of both AC power and solar power together for time-efficient and energy-efficient charging. The B300S batteries use EV-grade LiFePO4 battery cells that boast an impressive 10-year lifespan. 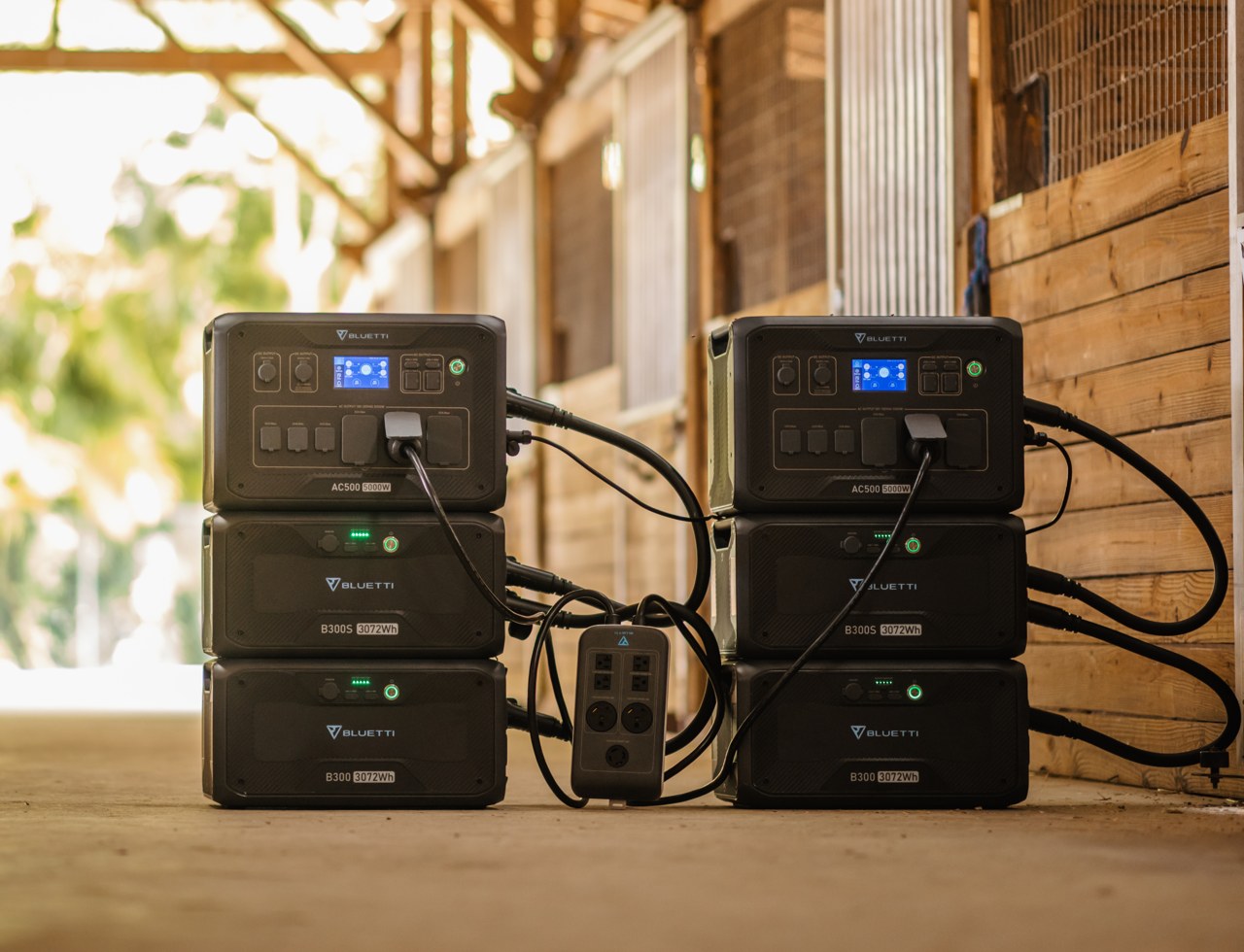 Designed to deliver energy anywhere and anytime, the battery packs have an operating temperature range of -4℉ to 104℉, so whether you’re battling a blizzard or a heat wave, quite literally nothing can stop you! Having already raised over $11 million on their crowdfunding campaign, the AC500 and B300S start at $4499 bundled together. You can buy them individually, or purchase an entire modular set including as many battery packs as you need (or even BLUETTI’s own solar panels). The modular power stations come with a 3-year warranty, will be available on the BLUETTI store as well as on Amazon starting November 25th, and ship as early as January 2023.

This sturdy yet portable pro exercise bike takes 1 minute to fold to the size of a carry-on bag!

Cycling is the complete package – keeps you physically and mentally healthy and when taken to the roads, it’s an eco-friendly mode of transport. It…

The Petal Chair’s slanted side-rests let you sit normally, or meditate with your legs folded up

With all the hot-to-trot conceptual design work out there, it takes quite a person to just sit back and kick out the jams on a…