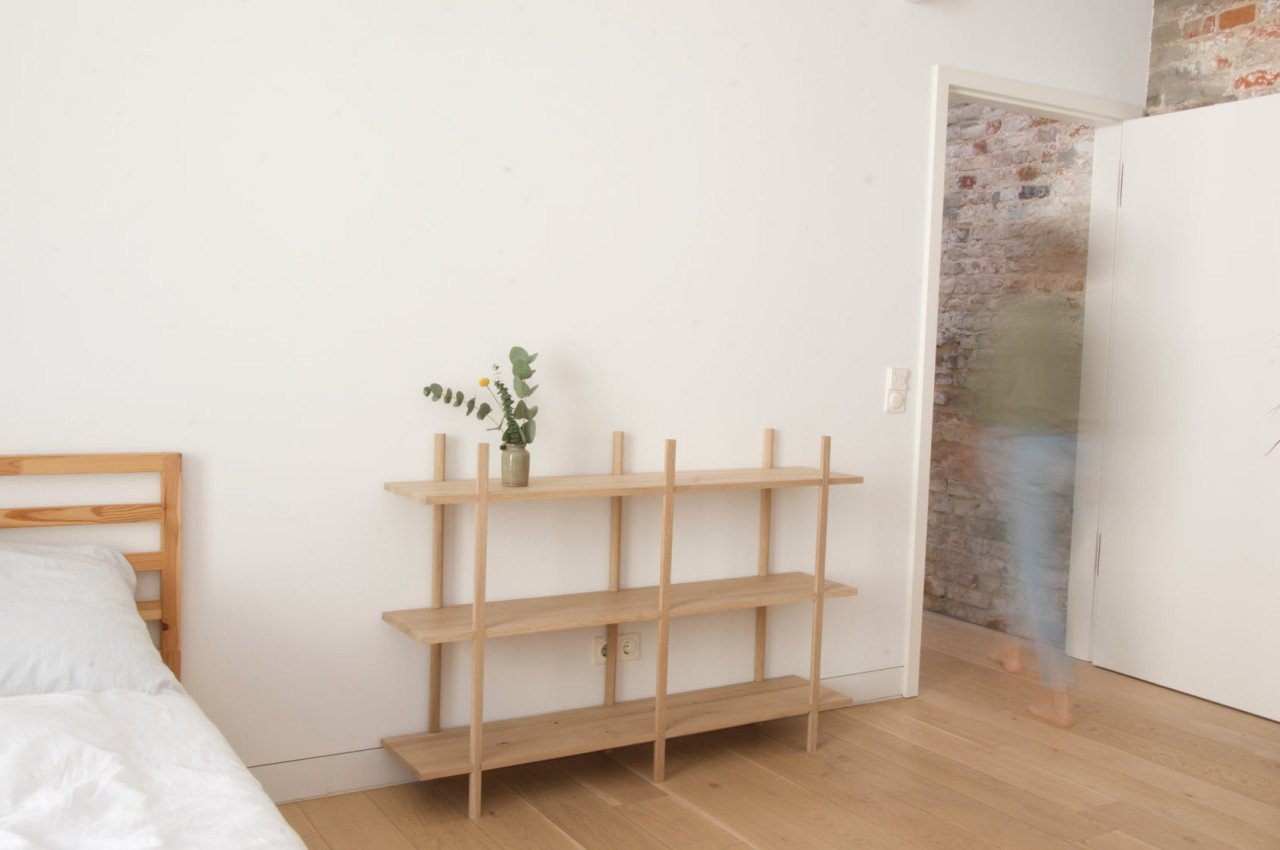 Looks can be deceiving, they say, and what might be simple could actually be complicated in reality. A simple desk, for example, might be minimalist on the outside but is hiding complex mechanisms in its drawers. Then again, the most successful and effective simple designs are actually born from sophisticated thinking and, at times, nontrivial concepts and theories. This wooden shelf, for example, is so simple through and through to the point that you might even wonder how it is able to hold its parts together. Fortunately, it does work as advertised, creating a flat-packed piece of furniture that is sustainable at every point, from its creation to its transportation and even to its assembly. 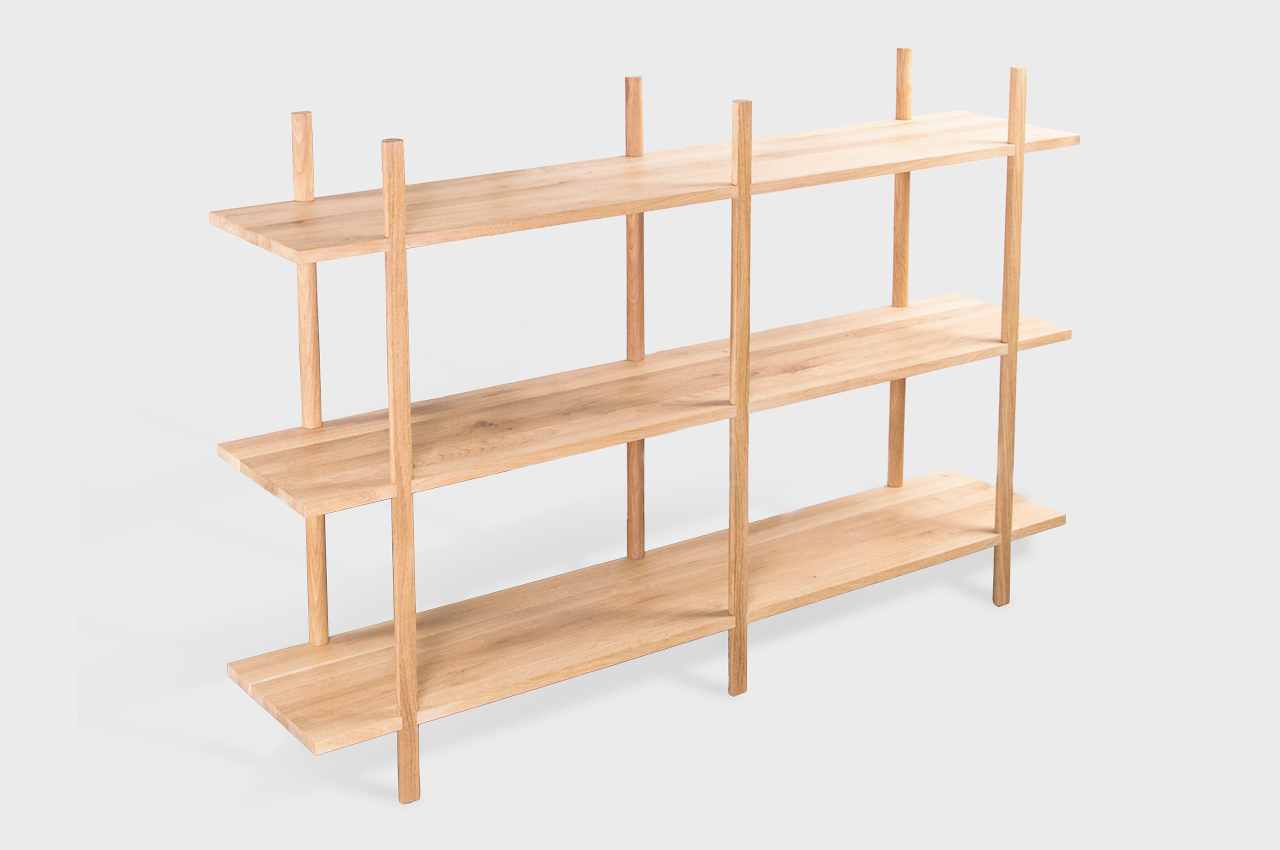 The market is filled with minimalist wooden shelves that can be shipped in a flat-pack and assembled at home. After all, IKEA has become a household name, almost literally, and is overflowing with such pieces of furniture. Unless they are formed from a single piece of material, most furniture is held together using screws, glues, or even pieces of plastic. This creates complexity that is hidden behind simple facades, a complexity that sometimes eats away at the planet little by little as well. 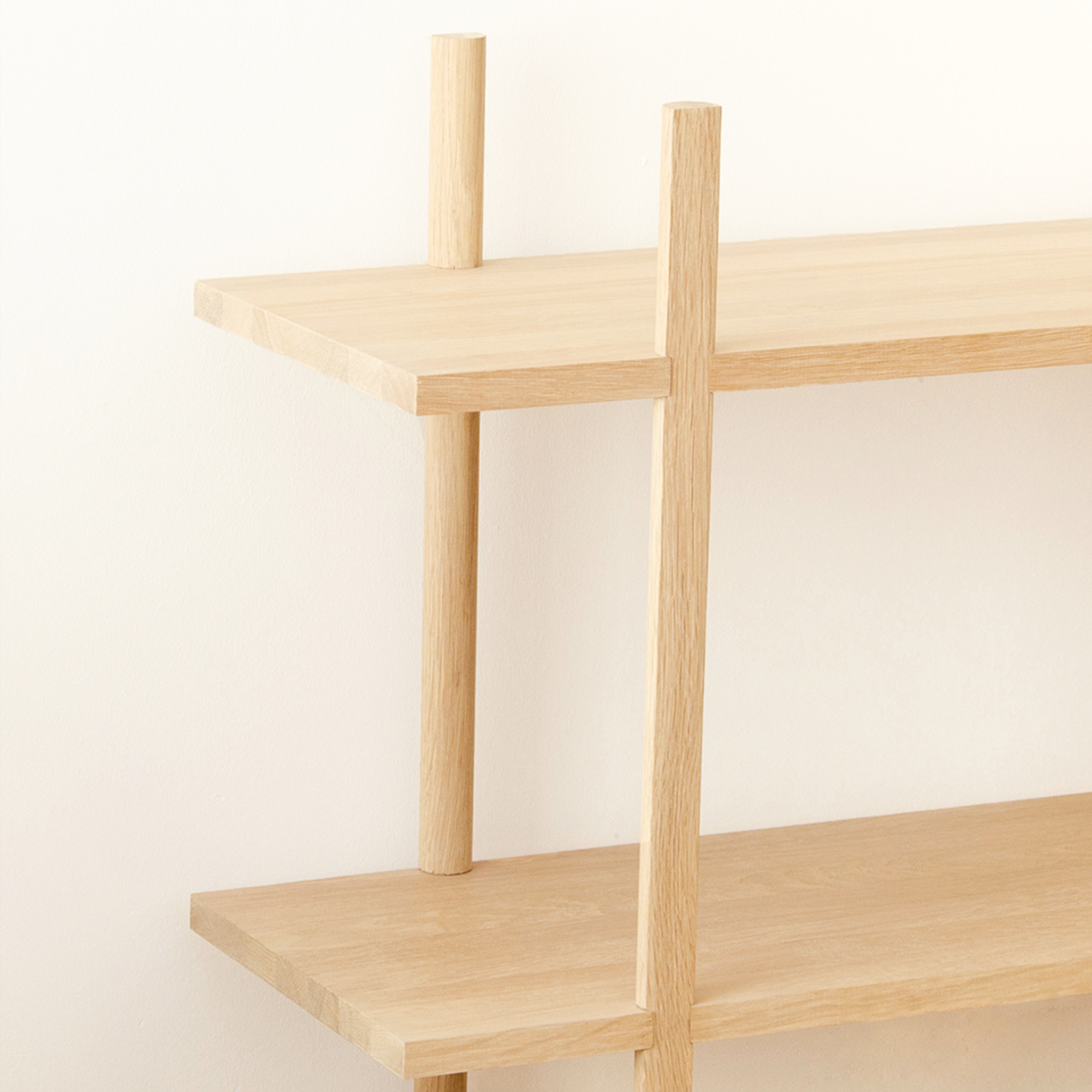 Inspired by the simplicity of alpine joinery and architecture, this wooden shelf throws out all those conventions to arrive at a connection system that is genius in its simplicity. There are no extra parts or materials that join the shelves and the legs together other than the shelves and legs themselves. There isn’t even any kind of adhesive to give you confidence that the shelf won’t just fall apart once you put something heavy. Instead, the shelf relies on shapes and physical to keep everything in its proper place. 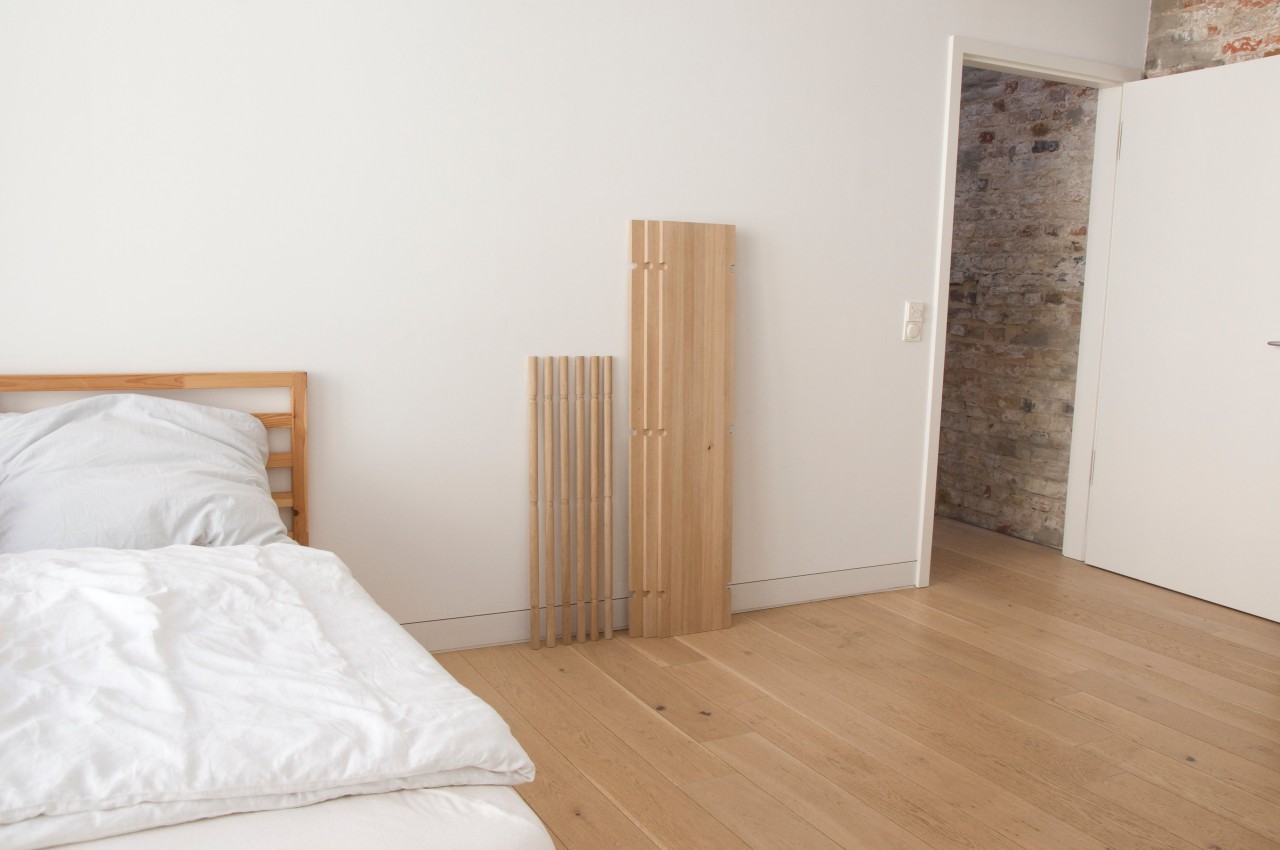 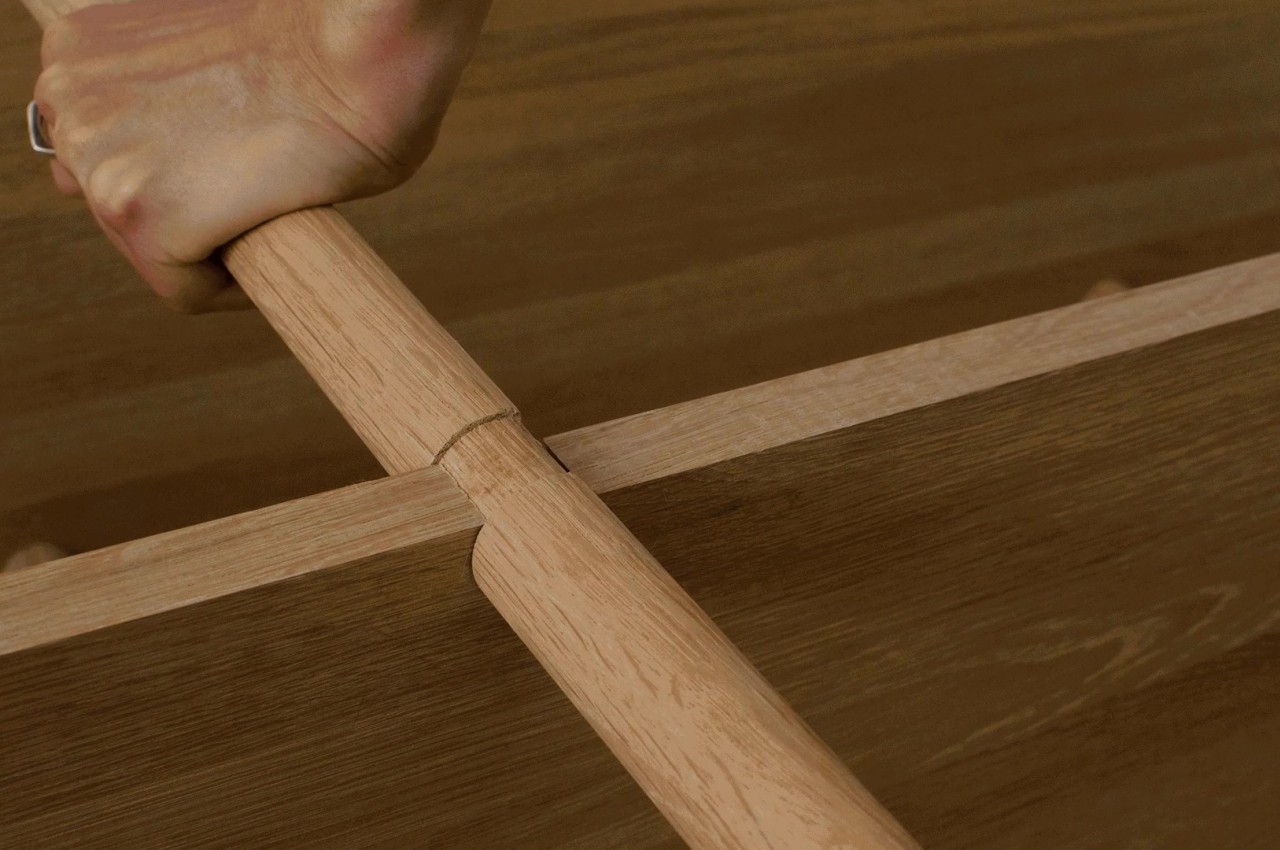 Named after the Italian word for “rotation,” Svolta shelving uses pieces of wood that have special cutouts that fit into each other tightly. The shelves have circular cutouts where the legs are supposed to go. The legs, however, aren’t perfectly round but are like wooden rods split in half. The idea is that you insert the legs into the shelves sideways and then rotate them so that the groves match the shelves. With this design, a three-layer shelf with six legs can supposedly be assembled by a single person in just two minutes. 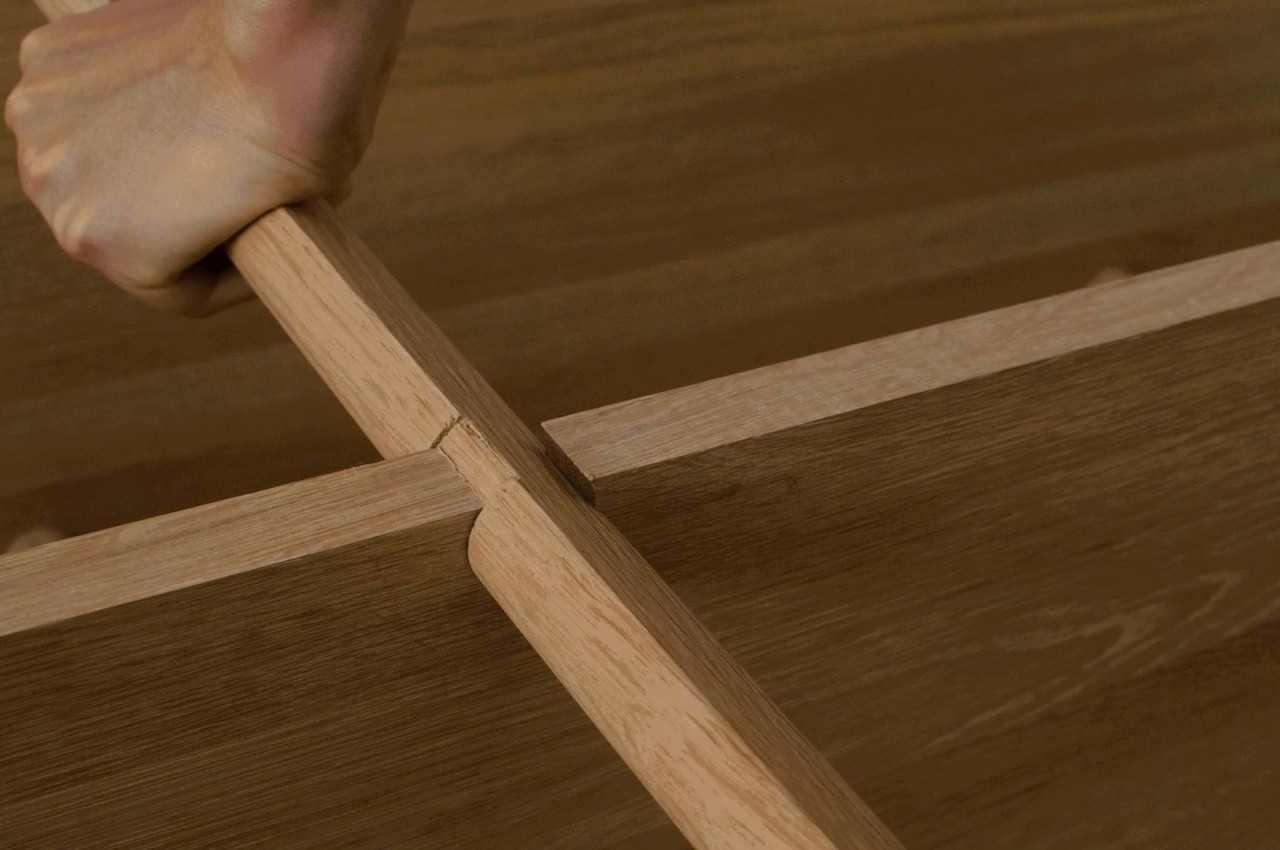 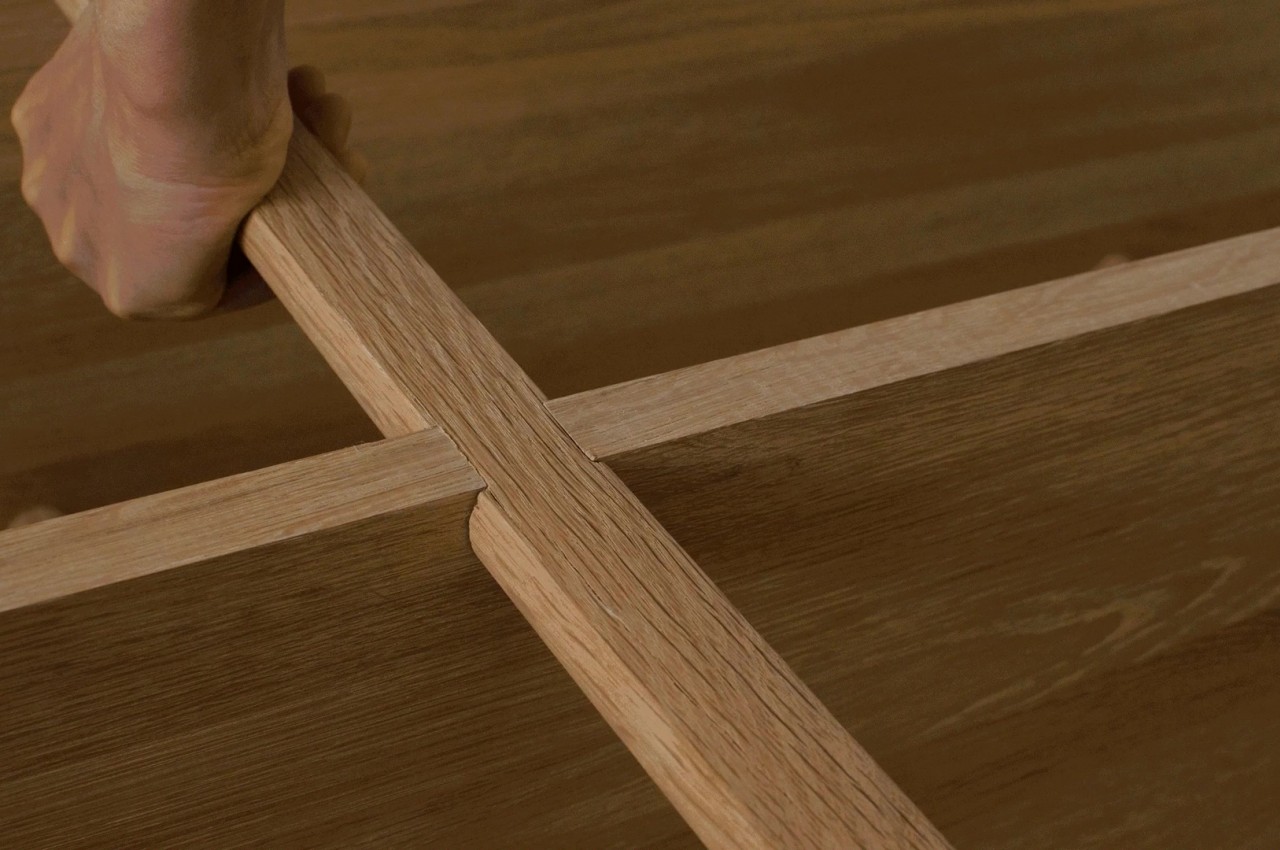 Keeping the design simple has other benefits that go beyond ease of assembly. The furniture can be packed more tightly to reduce packaging waste, and they can be transported easily and more efficiently, further reducing carbon emissions from transporting products. The shelf can also be made from sustainable materials and processes, and Svolta itself is made from European oak and finished with eco-friendly colorless hard oil. Even better, it’s a system that can scale to other types and sizes of shelves, creating a new shelving system that is so simple yet elegant that it feels almost like magic. 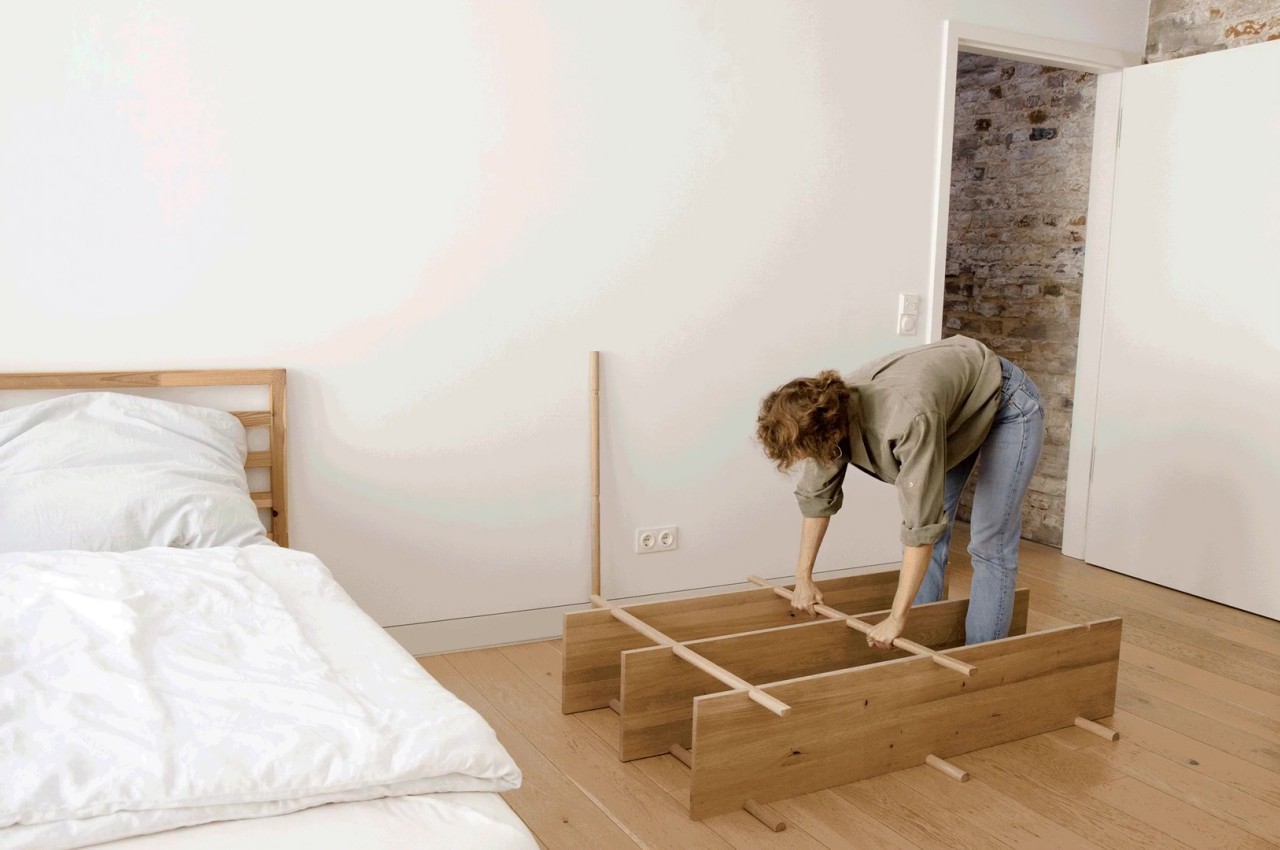 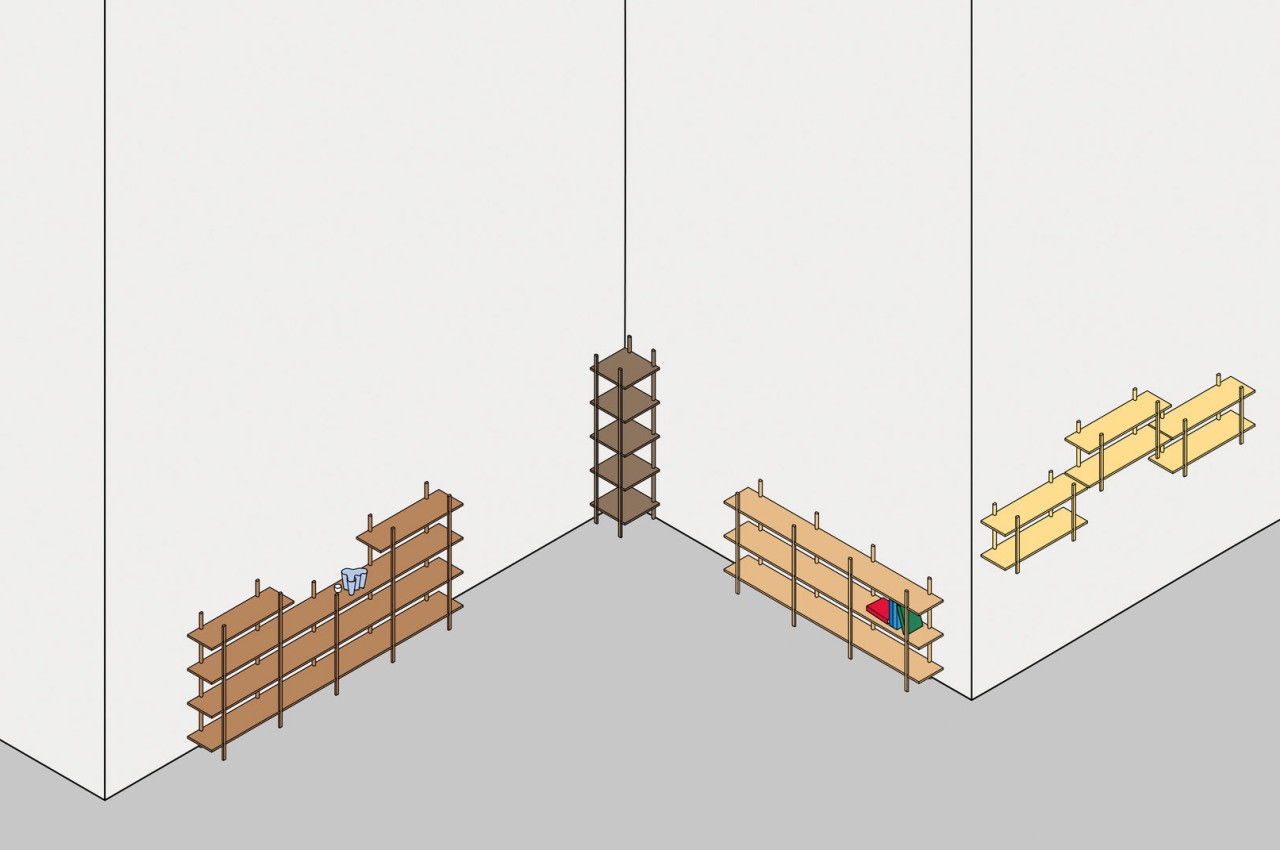 Every piece of Taku Yahara’s line of WFH furniture reveals a dual function or hidden compartment that’s designed to keep work and life balanced. When…

As part of a complete renovation of the showroom for the furniture brand Prestige Group in Nicosia, Cyprus- this bare, skeletal yet organic desk stands…

I have always wanted to put my favorite books on display, hoping someone else would see and enjoy them, but I have struggled with finding…

Waste No Waste; They Are A Treat For Plants!

If we talk about the future of dining (everyday home meals), it’s quite alright to assume ready-to-eat steaks and pot roast being available in capsules….