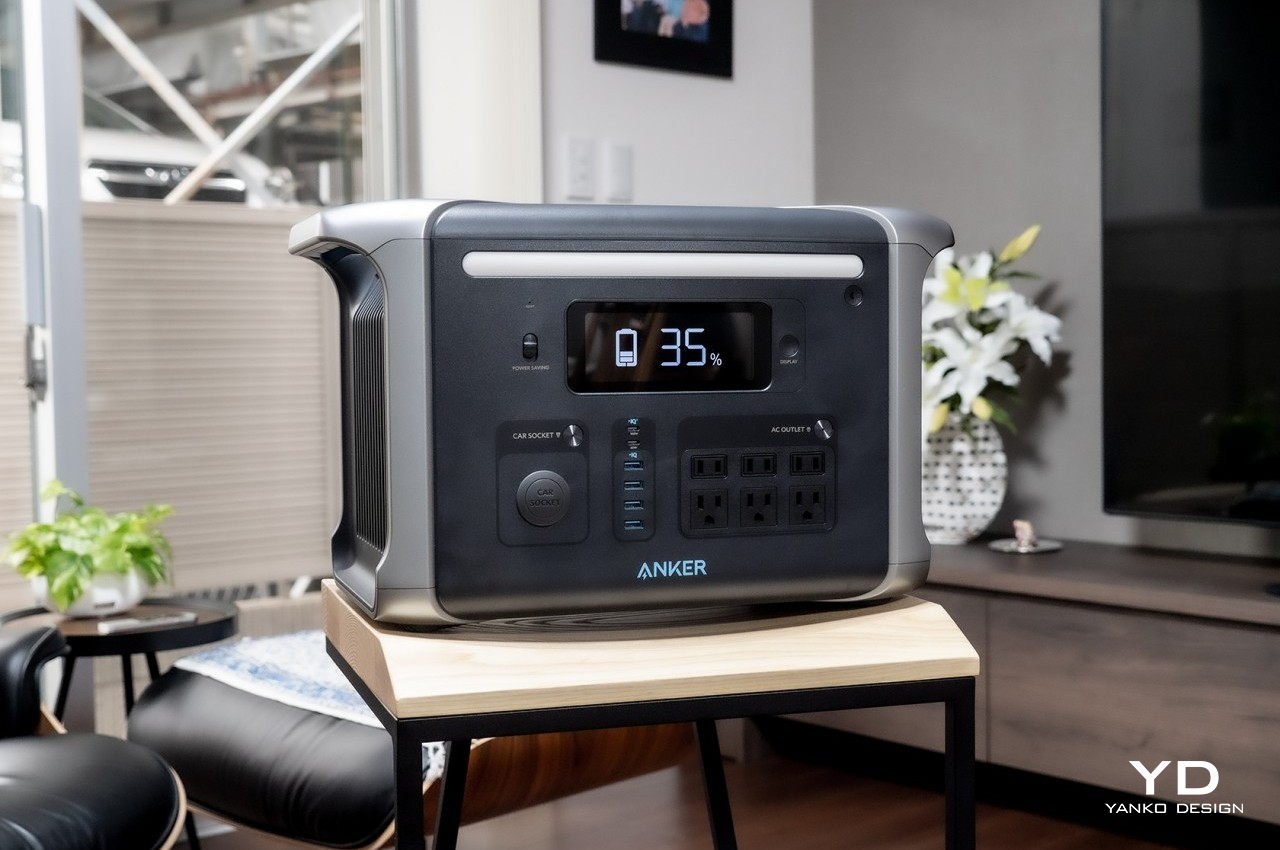 While it is a heavyweight in both price and mass, the Anker 757 PowerHouse power station offers a suitable balance of power, flexibility, and charging speed you won't find elsewhere.

When you’re away from a power socket and need to top up your phone, a simple power bank is more than enough. Some can even charge a laptop or at least keep it from discharging quickly. When you need to power up plenty of devices and a few appliances, however, you will definitely need something that’s bigger, not just in battery capacity but also in size. Portable power stations have been popping up left and right, providing plenty of options to choose from. Unfortunately, that also sometimes makes it harder to make a decision, especially when so many of them sound so similar. That said, there are still only a handful of notable players in this market, and Anker is one of the newest to jump into the scene. The brand is quite well known for its portable power banks for mobile devices, so we take the 757 PowerHouse for a spin to see if it also has some of that Anker magic.

Truth be told, the Anker 757 PowerHouse is no looker, but then again, most of its kind isn’t either, anyway. Portable power stations, sometimes also called portable solar generators, have only been around for a few years, so it’s not exactly surprising to see that their designs haven’t matured to the point of being called “beautiful.” There is a greater focus on durability, safety, utility, and functionality than aesthetics at this point, and this battery in a large box definitely exhibits those properties. 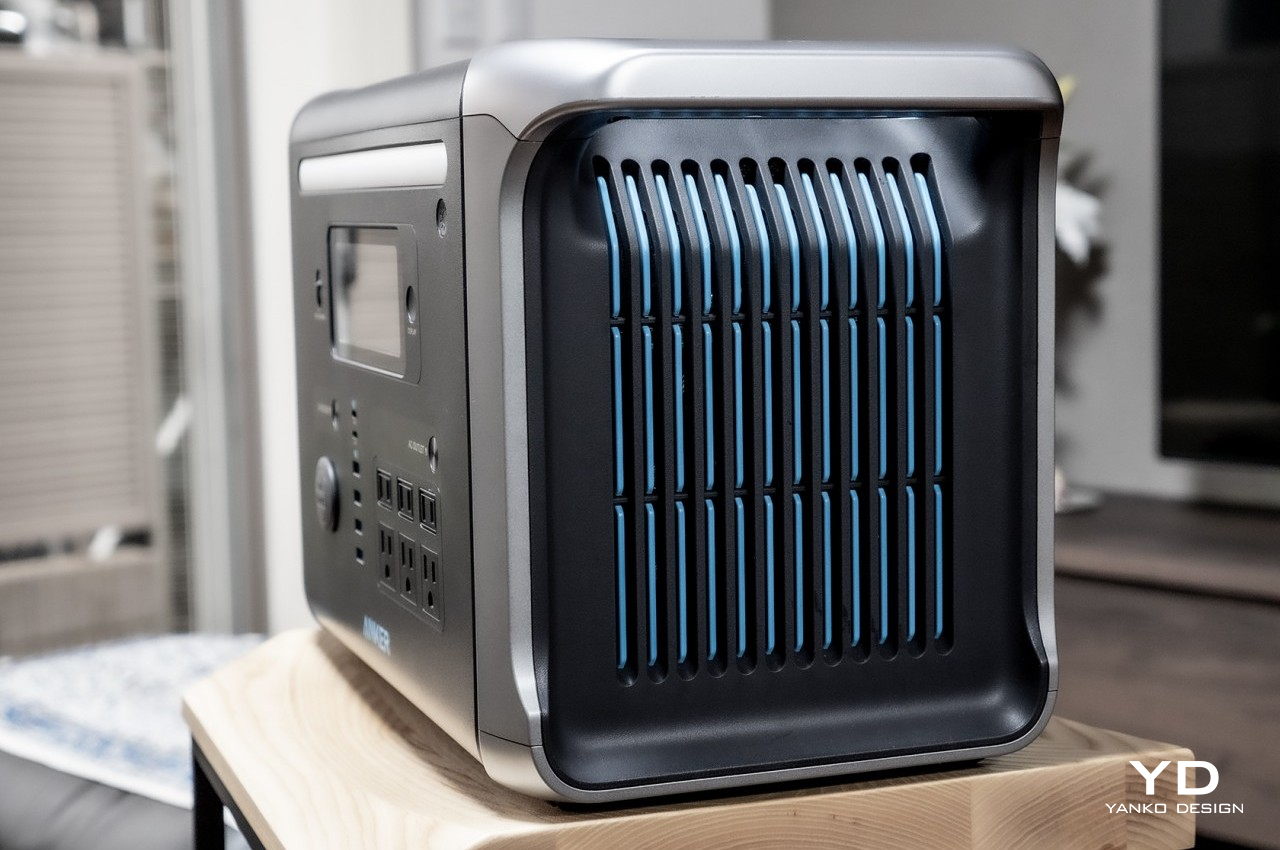 That’s not to say that the 757 PowerHouse is unattractive. In a certain angle and light, it actually has a distinct personality to it. The contrast between the black body and silver edges is tasteful, and the way those edges cross over at the top is a nice touch. The blue accents on the ventilation slots and USB ports, along with the long LED strip, even give it a pinch of cyberpunk aesthetics. There is also a large, 5-inch LCD screen underneath that light bar for showing necessary information. That screen also adds a little something to the PowerHouse’s hi-tech looks. 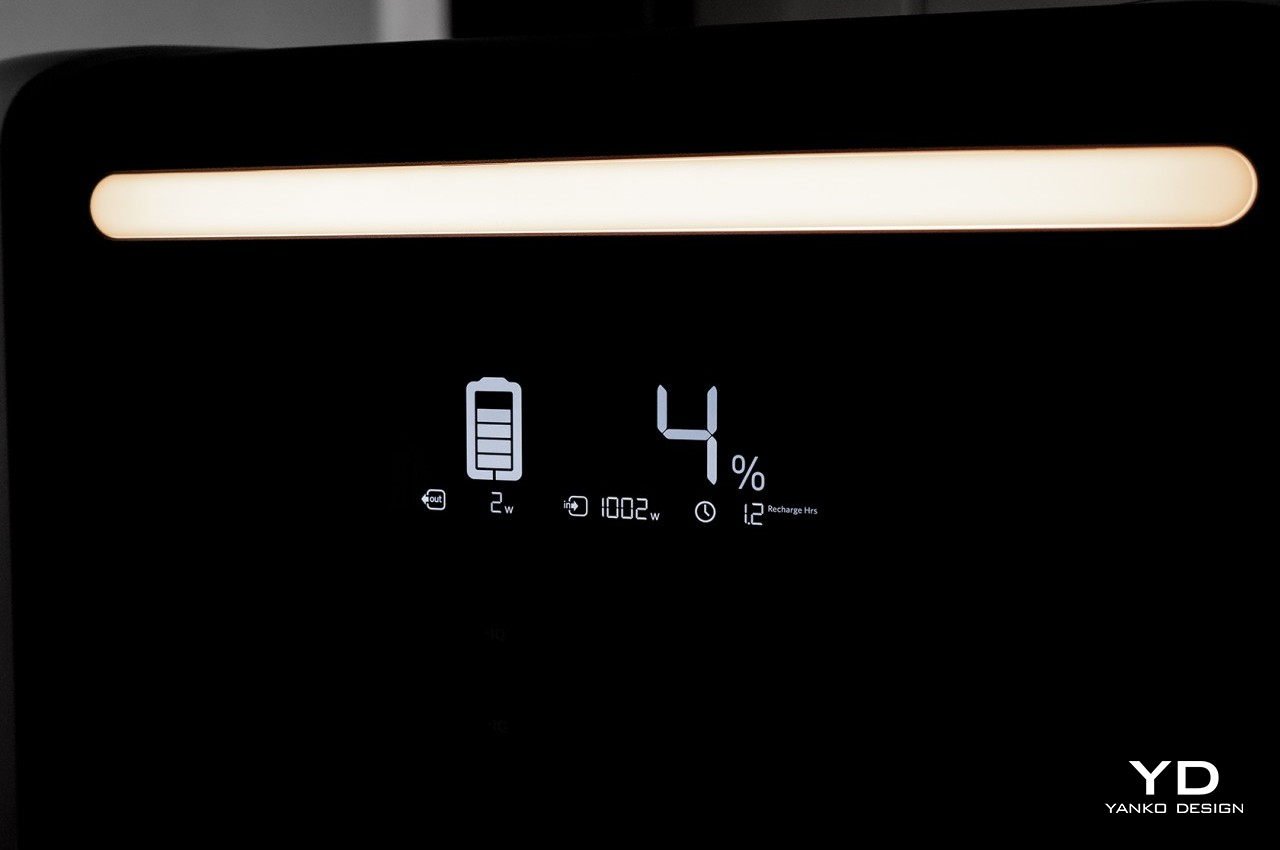 Make no mistake, despite the brushed metal appearance of the edges and the rugged style of the power station, the 757 PowerHouse’s skin is made of plastic. Perhaps the more disappointing aspect is that it doesn’t have any certified water or dust resistance either, which is an ironic omission given this device is meant to be used outdoors.

Like most portable power station makers save for EcoFlow, Anker chose to stick with a traditional box design with one exception. There are two large handles on the top sides designed to assist in carrying this hefty power source. There is no way to get those handles out of the way, though, so they will always be sticking out of its sides no matter what. That could prove to be a stumbling block when you’re trying to cram the 757 PowerHouse in narrow spaces.

If you were expecting a large battery such as this would be heavy, you won’t be disappointed by the Anker 757 PowerHouse. Then again, you might actually be more disappointed that it’s not exactly as portable as its name suggests. At 43.9lbs (19.9kg), it definitely requires some upper body strength to lift and move around. The placement of the sturdy handles definitely helps, but not by much. One should always be careful when lifting and carrying a heavy load such as this, and it might be wiser to employ something like a trolley if you find yourself moving it around more often than not. 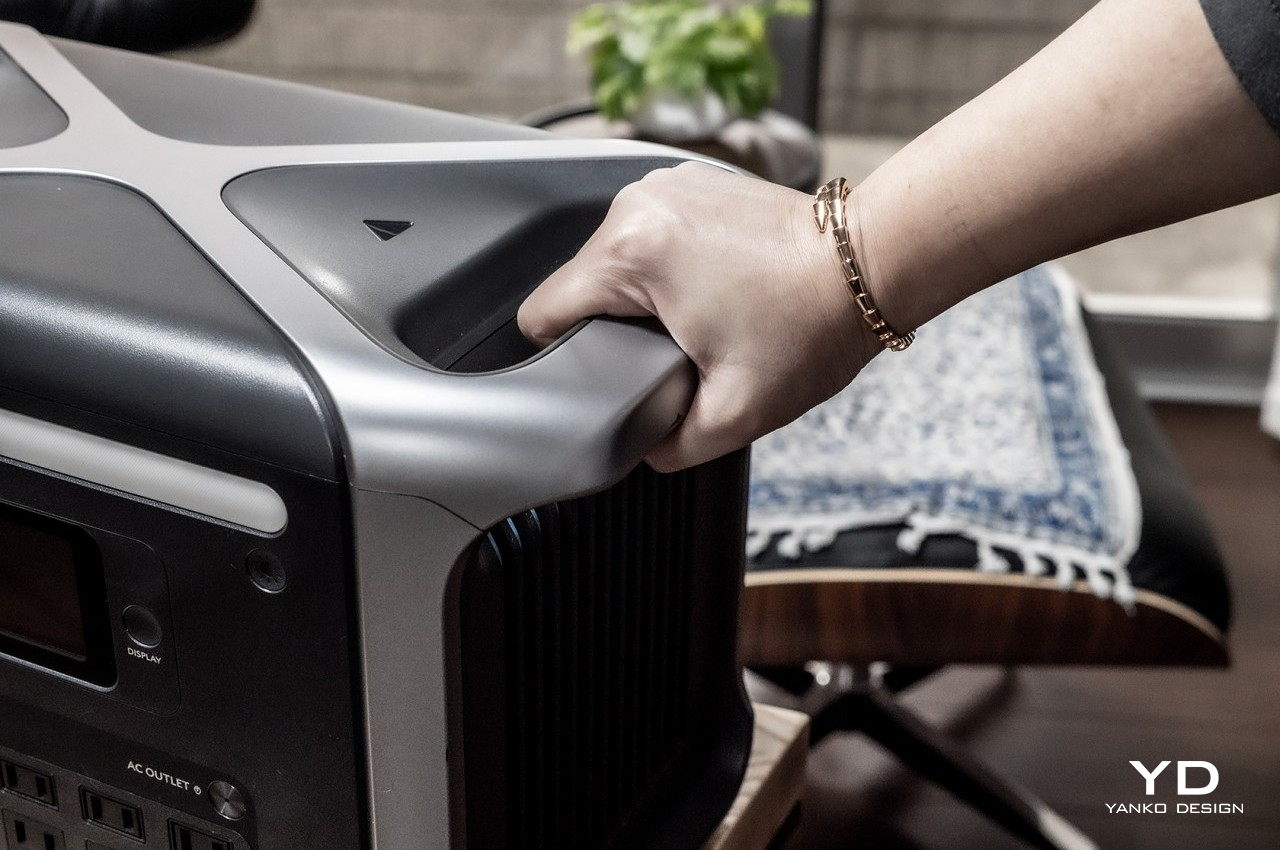 Usability is critical for power stations because the last thing you want in a power outage is to fumble for controls and covers. The 757 PowerHouse definitely makes it easy since all output ports except the car charger are actually already open, ready to be used at any time. All these ports are also located on the front, making cable management easier by having all cords coming out from only one side, at least as far as output power is concerned.

To charge the power station itself, you’ll have to open the flap on the back to expose the AC input port as well as the solar and car charging ports. Fortunately, there is no separate charging brick needed to fill the 757 PowerHouse, making it easier to store and carry around without having to worry about leaving a critical accessory behind.

The Anker 757 PowerHouse carries a 1229Wh battery inside that’s capable of putting out 1500W of power, 2400W if you’re really pushing it with power surge. Like many modern power stations, it uses Lithium Iron Phosphate or LiFePO4, the same type of battery used in electric vehicles. Compared to the typical Lithium-ion battery type used in smartphones and laptops, LiFePO4 is considered not only safe but also longer lasting, able to stay healthy for 3,000 charging cycles. 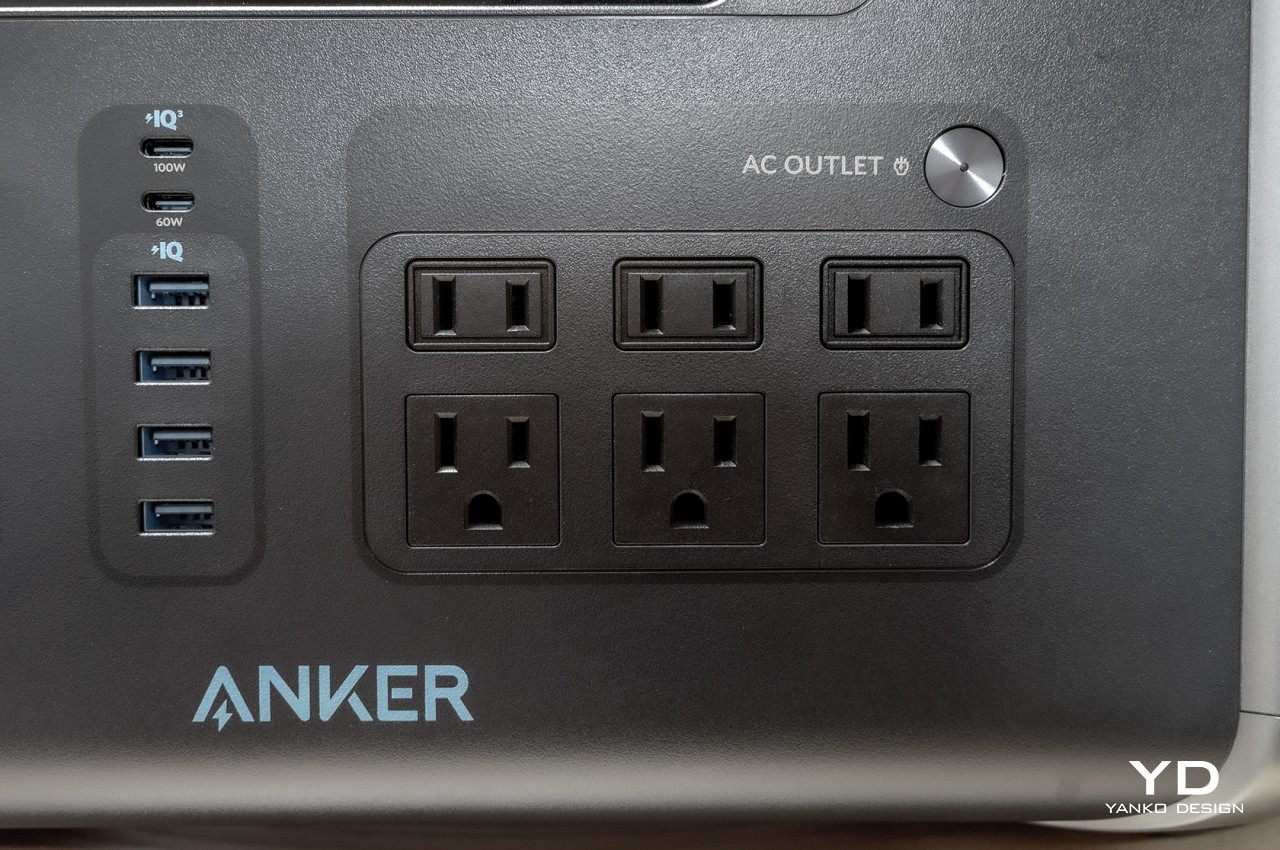 Just with numbers alone, the power station is capable of handling even a 360W refrigerator for almost three hours or a 700W microwave in short bursts. Charging mobile devices and laptops is obviously no problem at that rate, and it can cycle through charging dozens of times over. You can even use the 757 PowerHouse as an uninterruptible power supply or UPS with a switchover time of under 20ms. Of course, the overall number of hours the box can remain powered up will depend on how many devices are connected at the same time. That 1500W output, for example, has to be shared across all six AC outlets.

There is definitely no shortage of output port options to keep devices and appliances running, no matter the situation. As mentioned, there are six AC ports, three of which are of the three-pronged socket type. For DC output, there are four 12W USB-A ports, one 60W USB-C port, and one 100W USB-C port. All of these, including the 120W car socket, can be used simultaneously. The bright and helpful LCD display gives all the stats you need to keep on top of your power consumption, including how much power devices are drawing. Despite the very flat top, the 757 PowerHouse, unfortunately, doesn’t have a wireless charging pad. 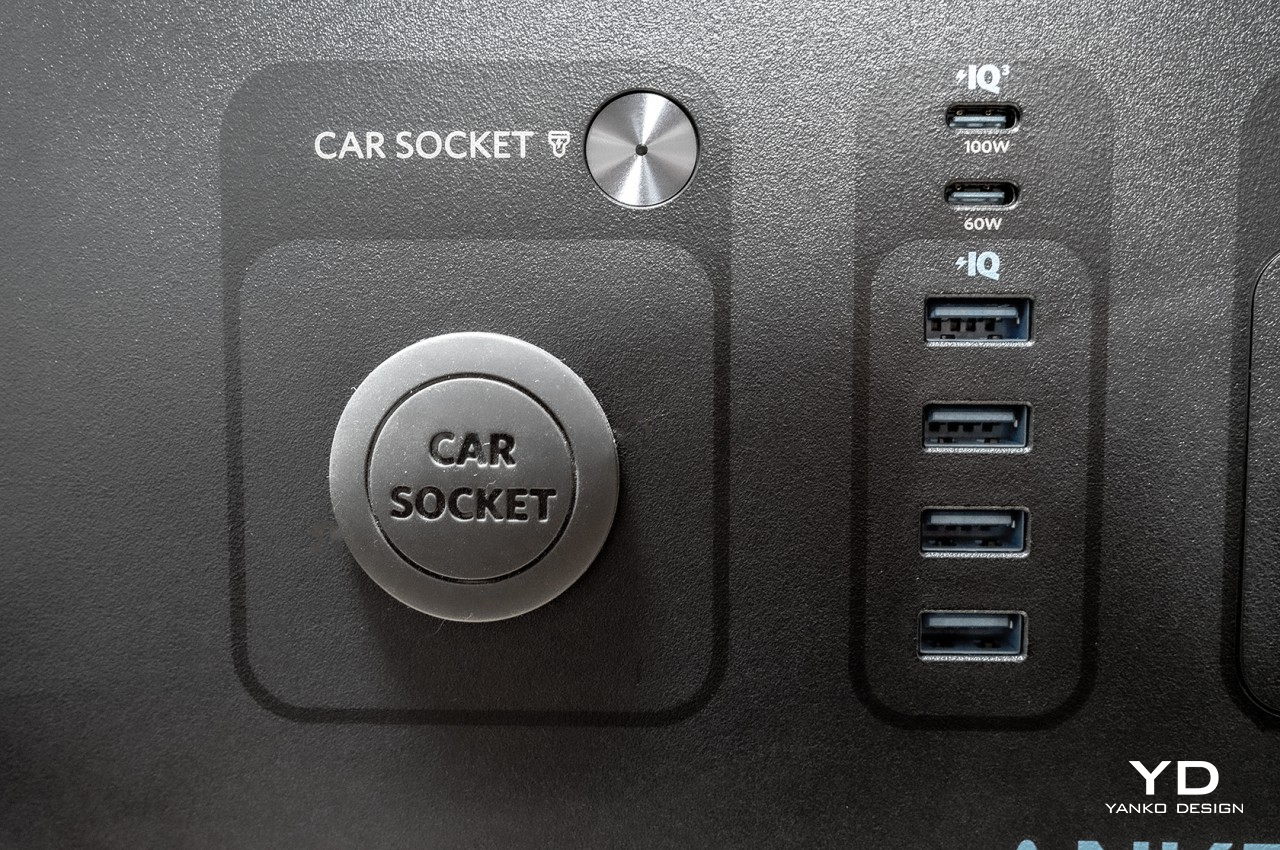 Where Anker’s largest portable power station really shines is charging the battery itself. With AC power alone, the 757 PowerHouse can take in 1000W of power for an extremely fast charging experience. Going from 2% to full took only 1.3 hours, which is close to Anker’s advertised 1.5-hour total charging time. Of course, you can also go completely green by charging off the sun, and with three solar panels for a total of 300W of sun power, you can fully charge the PowerHouse in under four hours.

Given the fast charging speed and its impressive output, you might think that the Anker 757 PowerHouse will often run hot or, alternatively, be very loud. It was a pleasant surprise to discover that was not the case at all, and the box remained at most warm to the touch during its 1000W charging period. It does have fans inside, and they will spin after a certain point, but they are actually quiet and barely audible at worst.

Portable power stations are a relatively younger market, at least compared to their smaller power bank cousins. Like many mass-produced consumer electronics at that stage, it is more focused on establishing a solid foundation, even if it means making sustainability less of a priority. A bit ironic given their “green” features, but not entirely surprising. As such, there is plenty of plastic and environment-unfriendly materials used in the construction of every single 757 PowerHouse. 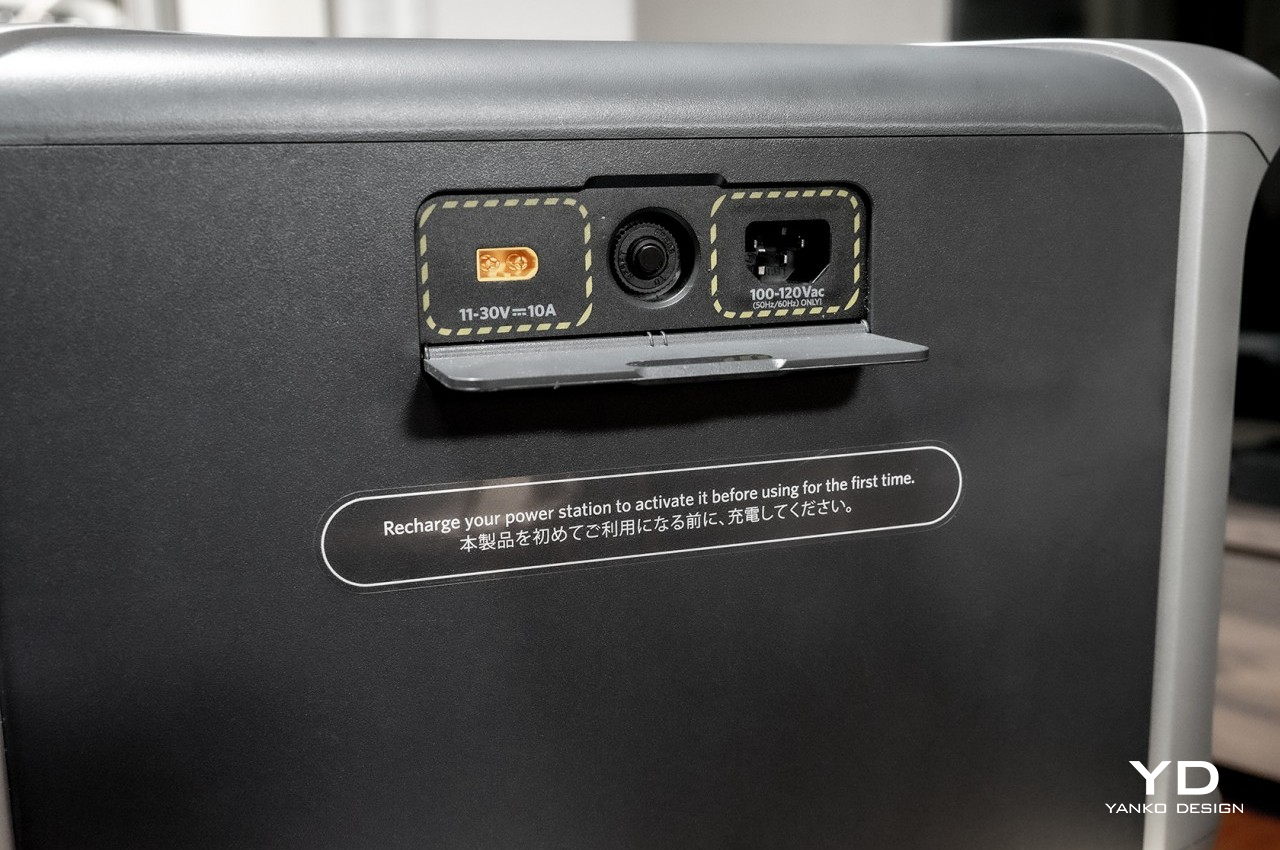 That said, there are two things that do go in favor of Anker in this regard. One is that, by nature, portable power stations like these are more sustainable compared to traditional gasoline generators. They are quieter and safer than those fuel-chugging machines, and they don’t directly increase carbon emissions.

More importantly, they can actually go fully green by charging using only solar power. It admittedly takes longer than direct AC charging, but it’s also more flexible when there are no power sockets available in the first place. Unfortunately, this particular power station doesn’t support dual input from both solar and AC, which could make charging more efficient and take up less time.

The Anker Power 757 PowerHouse is a rather large battery-powered generator, though it is by no means the largest nor the heaviest in its class. At $1,399, it is also more expensive than some of its peers that carry the same battery capacity, and that figure might cause many buyers to reconsider their choice. It’s also strange that, for something designed for outdoor use, it isn’t guaranteed to be safe from water and dust. Fortunately, those might be the only deal-breakers for this portable power station, and some people might be willing to overlook those flaws for everything else they will be able to gain. 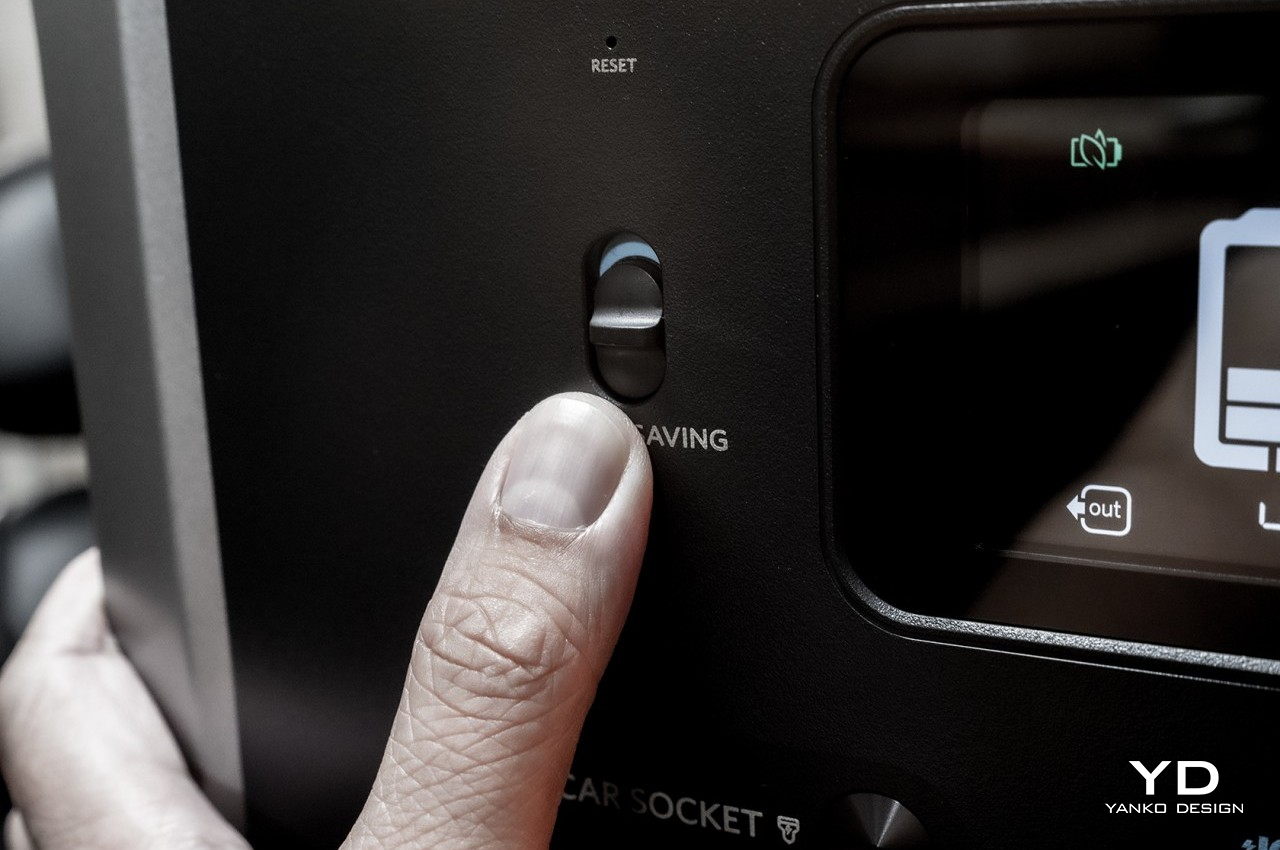 For its size, the 757 PowerHouse definitely packs an appropriate amount of power that it makes available through a wide variety of ports. It has plenty to run small appliances, whether during an emergency or for weekend camping, and its fast-charging feat means you won’t have to wait long before it’s full and ready to go. There are only a few competitors that can match its offer, though each has its own set of drawbacks. It’s always a delicate balancing act, and the Anker 757 PowerHouse definitely pulls it off with grace.

As the number of portable power stations grows, picking out the perfect one also becomes harder. There really is no perfect choice, and you’ll often find yourself having to compromise between a few factors instead. Whether it’s price, portability, or power, you will eventually have to make a choice on which is more important. While hardly perfect, the Anker 757 PowerHouse presents an acceptable balance. Its 1500W power allows it to address almost every need, and its 1000W charging speed is pretty much unmatched. You will need to prepare to make a rather heavy investment and prepare your back for an equally heavy load, but it’s hard to get it wrong with a balanced all-rounder like this heavyweight PowerHouse. 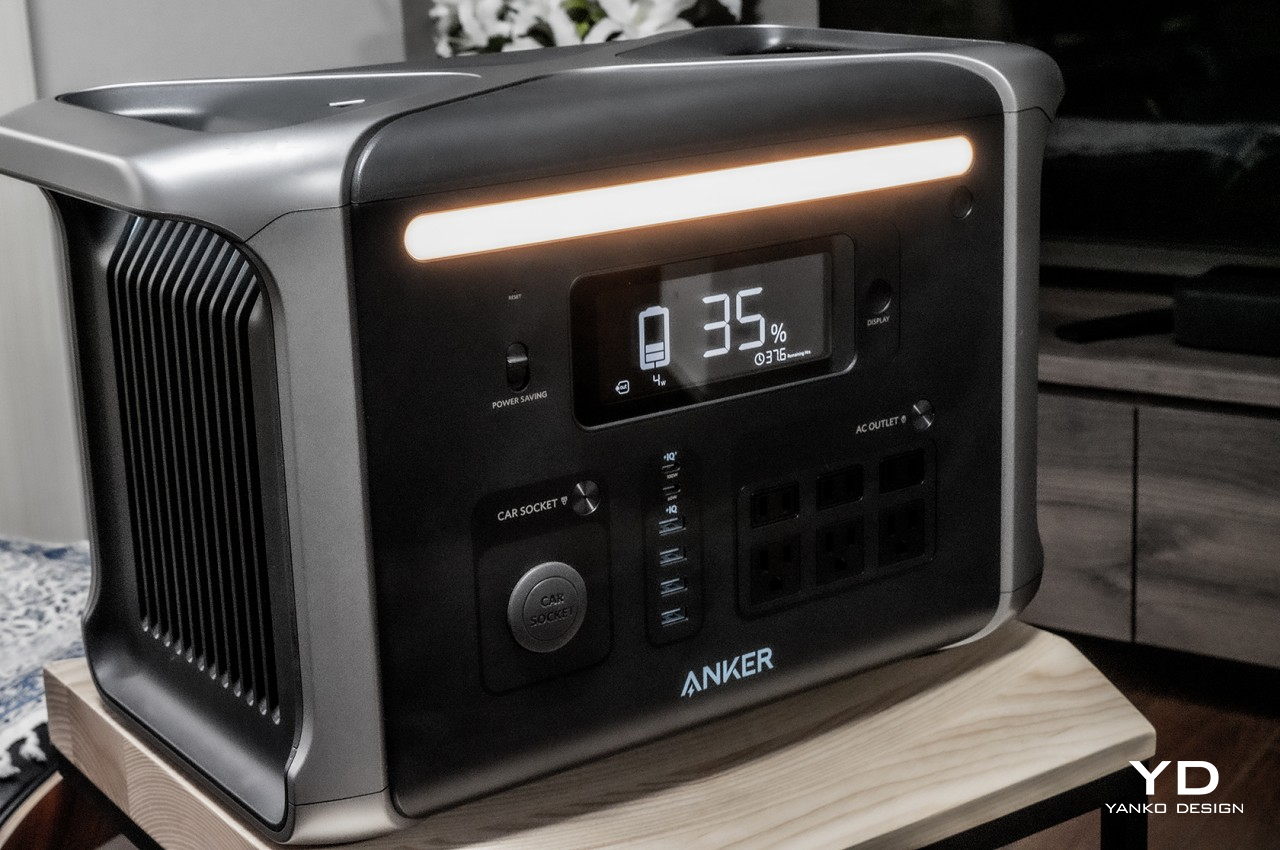 Nothing like a little 2-by-3-inch action to transform the way you work! You heard right – this little gadget eliminates the need for traditional tape…