One wearable to rule them all…

What VANZY offers is best described as the future of Human Interface. Conventionally, we used keyboards and mice, then we used touch-sensitive displays. However, now, VANZY lets you control all your devices with mere hand gestures, sort of like Tony Stark. Designed to sit on your finger like a ring, VANZY is an Air Mouse and a motion-sensing controller that gives you advanced controls over all your devices. You could swipe or perform gestures to move slides in a presentation, increase or decrease volume while listening to music, skip the intro on Netflix shows, play games, or do a variety of other things. VANZY’s ring also works like a computer mouse or trackpad that allows you to use it as a conventional cursor controller on your laptop or tablet, sort of like a wearable mouse. You can even control elements in VR, and potentially even use the VANZY to keymap some words, making it quite literally the ultimate input device for any gadget you have… and it’s small enough to fit around your finger. 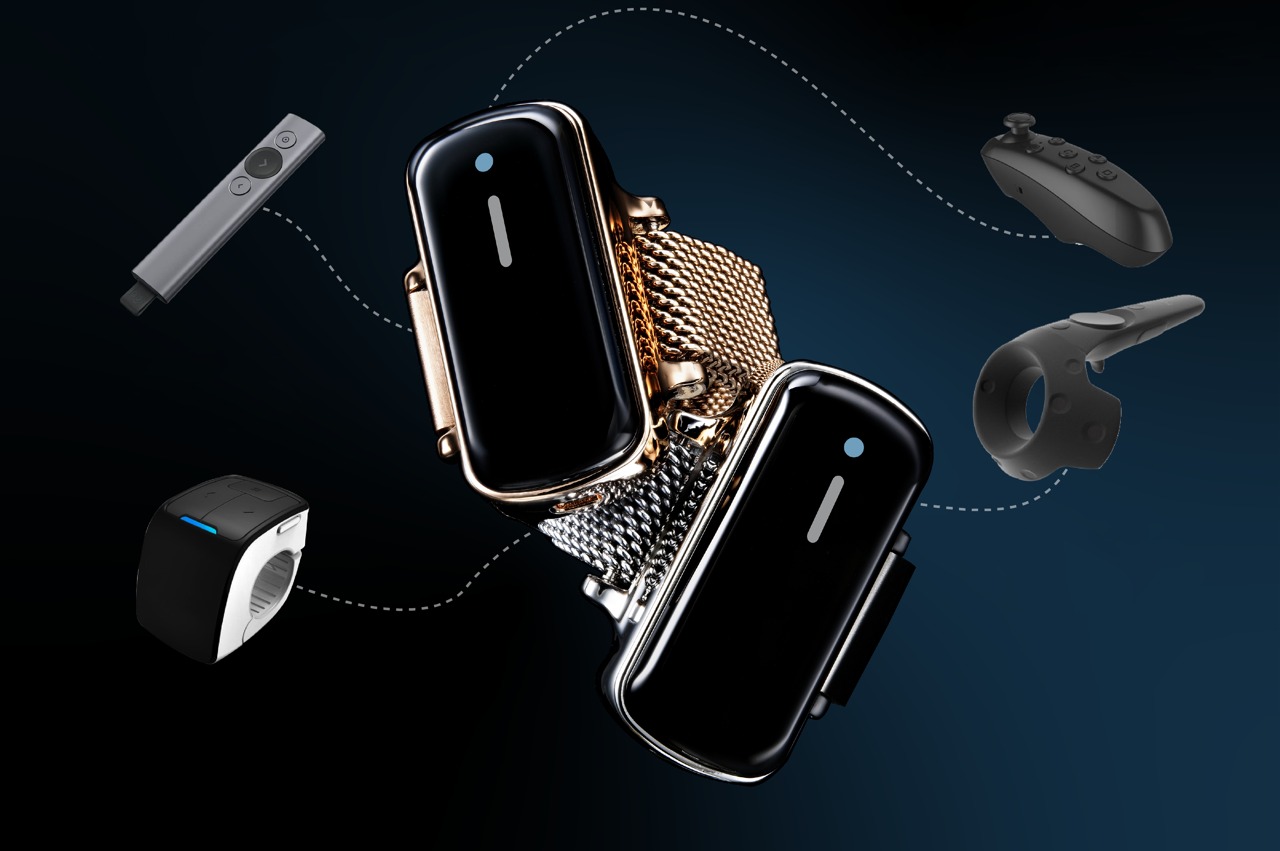 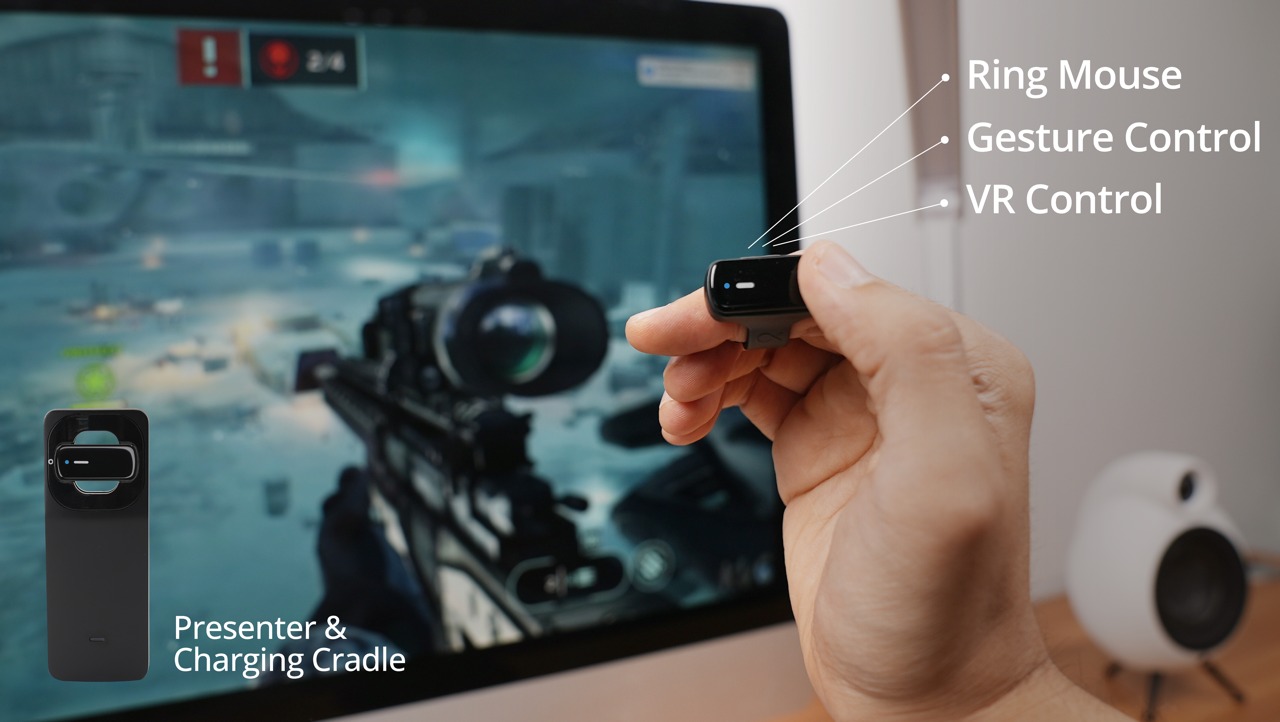 About as small as a ring, VANZY comes with a 9DoF sensor that allows it to perform high-quality 3D spatial recognition and an advanced chipset that allows it to recognize as many as 7 different gestures across multiple software and on Windows, Macintosh, Android, and iOS devices. The premise behind the VANZY is simple – in a world with multiple devices that you control by touching and tapping with your fingers, why can’t your finger just be a mouse instead, working like a wand to operate any device it’s connected to? To that end, VANZY works with phones, tablets, and even laptops via Bluetooth, letting you operate them intuitively by waving your hands, or use the trackpad on the VANZY to control them more precisely.

The finger-worn ring works in two ways – either by recognizing movements and gestures, or by allowing you to navigate your device via the trackpad on top of the VANZY. The trackpad works just like the touch surface on your TWS earbuds does. You can keep the mouse functions by touching and dragging your thumb; left touch to left-click, right touch to right-click, and swiping for scroll-down/up on the VANZY. As far as gestures go, VANZY recognizes common gestures like swiping left, right, up, down, circling clockwise, anti-clockwise, and moving forward (like you’re pointing in the air).

Morning Routine – Turn your finger clockwise or counterclockwise to adjust the volume on your earbuds without taking your phone out first.

Move the Desk to your Fingers – Thumb control over an air mouse for all of your devices.

At Work – Perfect companion for lectures, presentations, and meetings. VANZY gives you precise control, even from a distance.

For Content Creators – Makes the discomfort of swapping between devices a thing of the past. Just use your finger.

Watching Videos – Laying down after a long day? Vanzy got you covered.

VR Controlling – VANZY is not limited to just the material world.

Bar Cradle – Lets you use VANZY as a clicker.

However, each VANZY comes with a dock (also known as the Bar Cradle ) that charges your VANZY’s built-in battery. Dock your ring in the Bar Remote and you’ve got a 3D spatial tracking remote control that you can use to operate your television, play games, or even work your laptop. When docked in the Bar Remote, VANZY recognizes 4 gestures (up, down, left, and right). VANZY’s gestures and controls can be calibrated and programmed via the app, while the ring itself boasts of machine learning that gets better and better over time at doing exactly what you want it to do. This means the VANZY trains itself based on your usage, becoming a better wearable controller for you, rather than forcing you to learn how to use it a certain way. 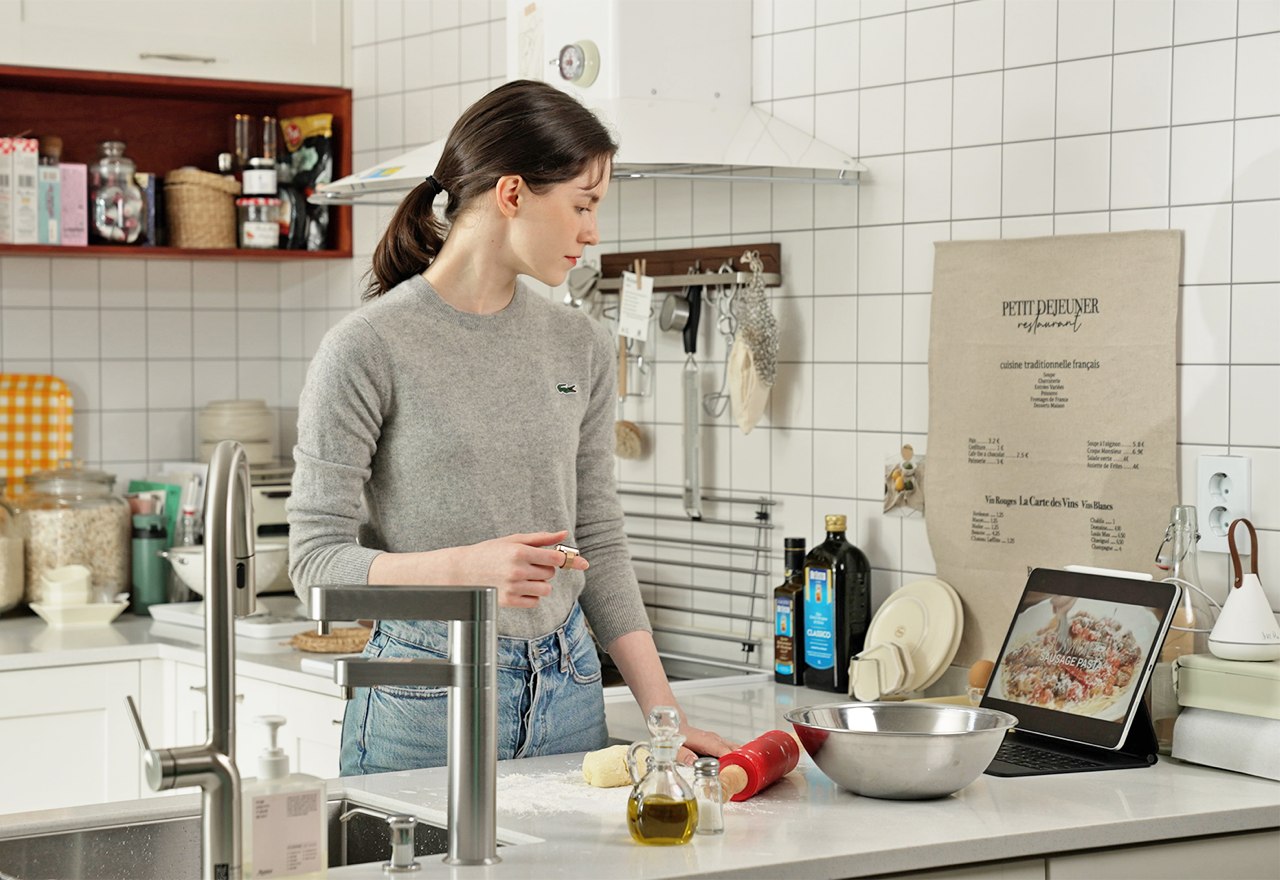 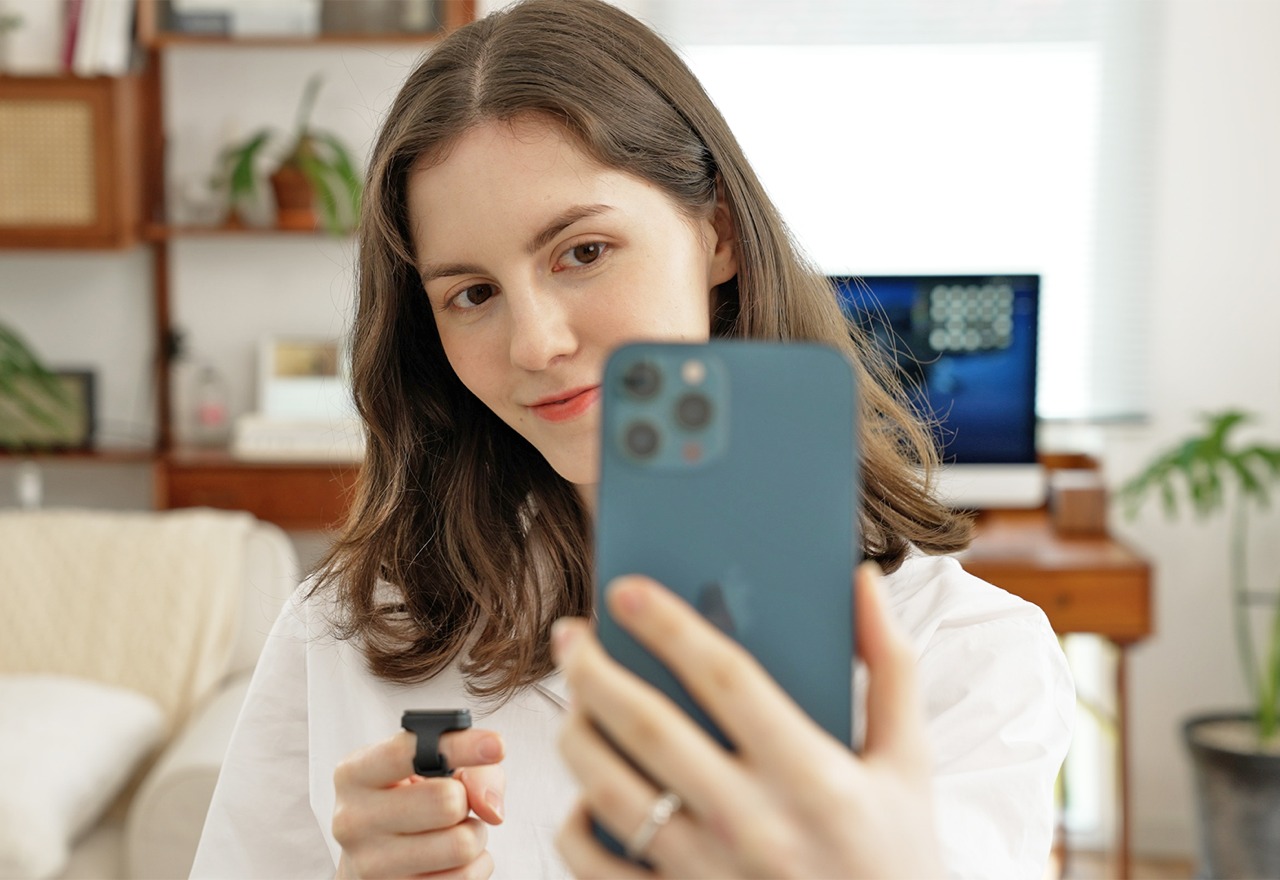 This isn’t the first time someone’s designed something as ambitious as VANZY. The device’s own designer, CoX Space created a previous iteration, dubbed Snowl back in 2020. VANZY builds on Snowl’s capabilities, in the same ring-based avatar, but with a much better internal chipset, and overall more robust construction. Each VANZY comes with a fortified glass touch surface, and is designed to be entirely waterproof (so you could use your VANZY while cooking, or potentially even in the shower). The hardware device that sits on your finger weighs a paltry 5 grams, and with the Bar Cradle, is bumped up to 52 grams, making it ridiculously lightweight yet just as versatile. You can grab your own VANZY now on Kickstarter (at an early adopter’s price of $89) with shipping beginning in November. The VANZY comes in a classic black finish with a silicone ring (in medium and large sizes), although, if you want to show off your all-controlling all-powerful wearable gadget, you can choose a gold and silver metal ring too!

Speakers today have outgrown their humble origins as mere audio equipment. Whether they’re proudly standing beside your TV or are discretely sitting on your shelf…

This cool concept watch by designer Allan George is basically aimed at the youth who like to wear trendy fashion, but maybe rough with it….

The light at the end of the tunnel.

Glow is a low-cost, low-maintenance, and low-tech solution for providing efficient, effective lighting to the developing world. The device uses phosphorescent (glow-in-the-dark) powder, which absorbs…

The form and function of a wallet have evolved over time. Back when coins were the only form of currency, a pouch served the purpose…