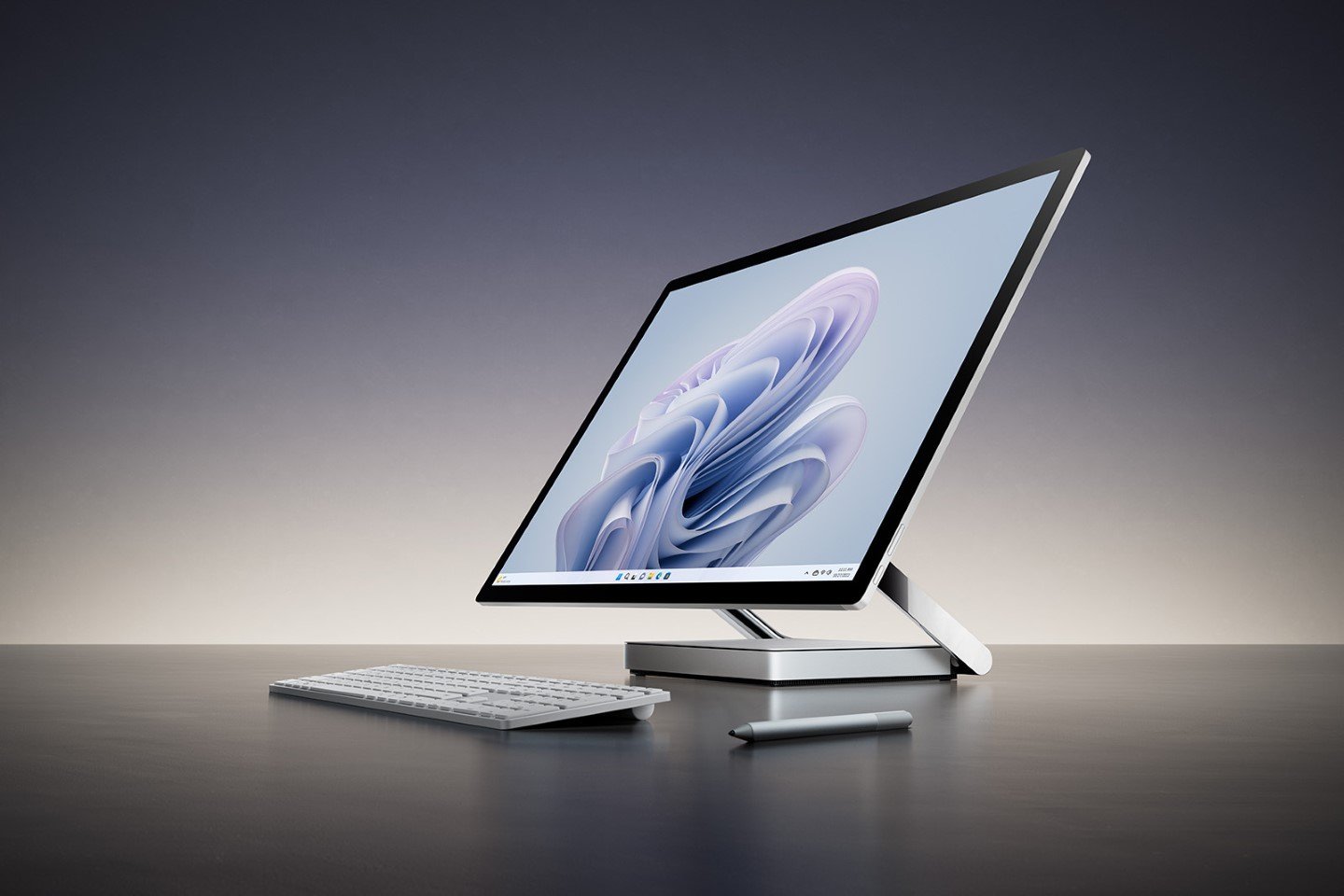 Designed as an upgrade to their Surface Studio 2, the 2+ now has double the graphical capabilities of its predecessor and comes built expressly for Windows 11.

Earlier today, Microsoft announced a slew of hardware products under their Studio line (along with even an audio dock system for enterprise use with their Teams software). Debuted alongside next-gen announcements for the Surface Tab and Laptop, the company even revealed an upgraded version of their flagship all-in-one desktop system. Aptly titled the Surface Studio 2+ (since it’s an upgrade, not a next-gen), the desktop device comes with the same flexible, adjustable design as its predecessor, however with a few tweaks under the hood. The Studio 2+ sports a massive 28″ PixelSense™ touchscreen with support for a digital pen, with a virtually weightless, adjustable Zero Gravity Hinge connecting it to the main hub.

The Studio 2+ comes with an 11th Gen Intel® Core™ H-35 Processor under the hood (50% faster than the Studio 2) with 32GB DDR4 memory, enabling multitasking, working with large files, and conducting video calls right on the device. It even houses an NVIDIA® GeForce RTX® 3060 Laptop GPU with the latest RT Cores, Tensor Cores, and streaming multiprocessors, offering double the graphical productivity of its predecessor.

The Surface Studio 2+ comes with an abundance of essential ports including thunderbolt and USB-C inputs, a 3.5mm input, and a Gigabit Ethernet port. The 28″ display boasts a 3:2 aspect ratio and a 4500 x 3000 resolution with support for Dolby Vision and color calibration suited for most artist and creative-based applications. Gorilla Glass 3 on the top keeps the display unit protected against scratches, scuffs, and any other damage.

Other hardware specs include a front-facing 1080p camera with Windows Hello face-unlock, 1TB of SSD storage, Wi-Fi 6 and Bluetooth 5.1 connectivity, stereo 2.1 speakers and dual far-field microphones, and finally a Surface Pen and Surface Keyboard that comes bundled with the Studio 2+. The Microsoft Surface Studio 2+ ships with a 1-year limited warranty, and impressively enough, is designed with replaceable components, enabling repairing and upgrading with time.

Pricing and availability details for the Microsoft Surface Studio 2_ are still forthcoming, and this piece will be updated once the information becomes available. 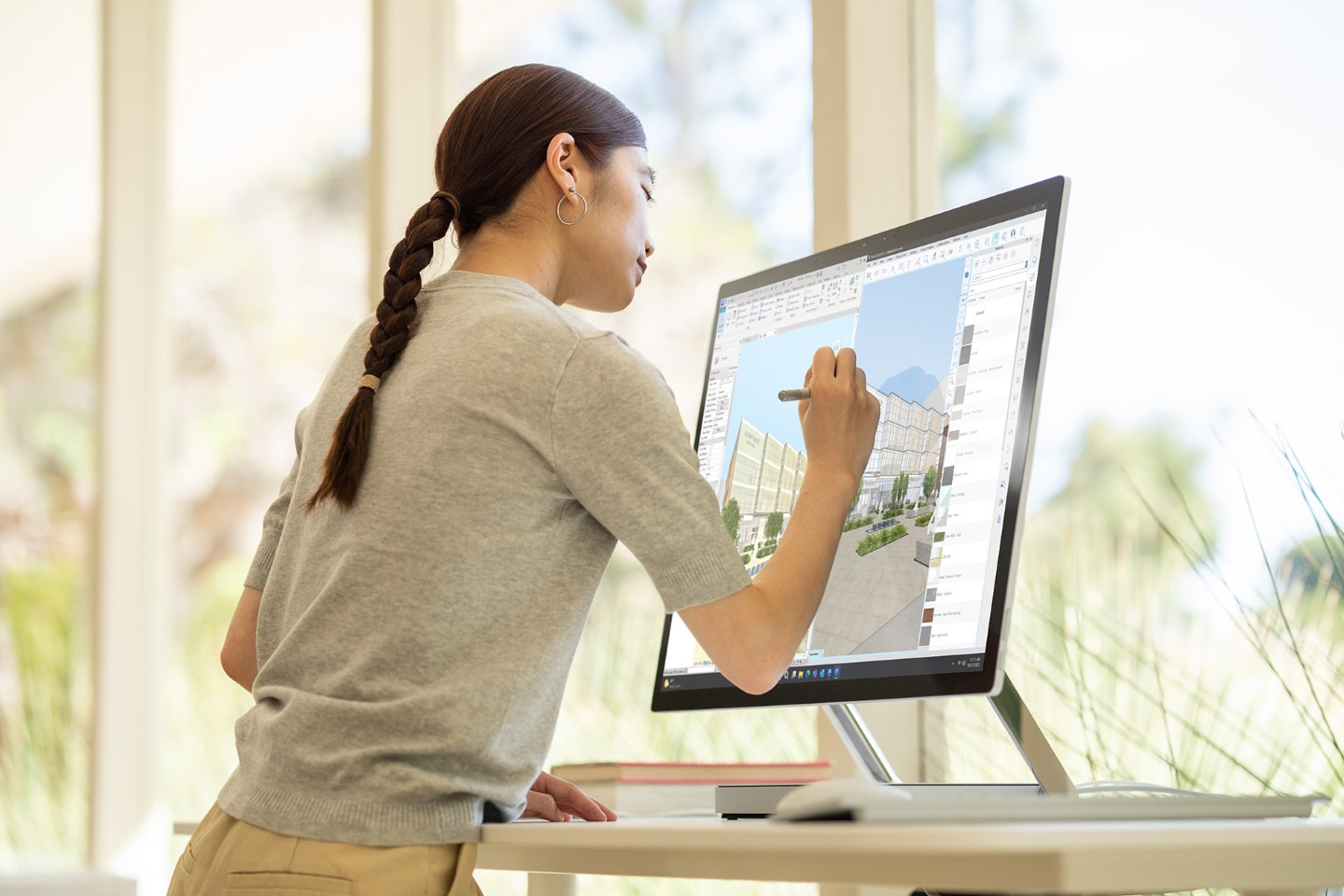 You really need to have nerves of steel to stay calm in an emergency situation. More often than not, we tend to panic and delay…

Beauty Lies In A Hard Drive

Apple kinda kick-started the revolution behind gorgeous looking computers and peripherals and it’s fitting to find new-age designers striving to keep pace. The Octave is…

The title says it all. You clever, clever designer. It’s obvious where the inspiration came from but the question is, does it float?  The answer,…

The Display Away Cabinet lets you showcase your belongings, with a sense of mystery

Designed to look like furniture meets Hollywood Squares, the Display Away cabinet is a reinterpretation of the traditional glass-faced cabinets often seen in homes, used…

all in one pcMicrosoftStudio 2+Surface