Almost everyone these days has a smartphone; some might even have two. There are also a few people who have a larger mobile device, like an iPad or an Android tablet, lying around. While we’ve become very reliant on these devices, there will be times when we aren’t actively using them. We might be focused on our work on our computers, or we might be gaming on an Xbox or a Switch. It’s almost a shame that you can’t use these handy mobile devices in these scenarios, especially considering all the power that they’re packing inside. That, however, is a thing of the past now that the AURGA Viewer has arrived, transforming your phone, tablet, or even your laptop into an extra screen that will boost your productivity in any situation. 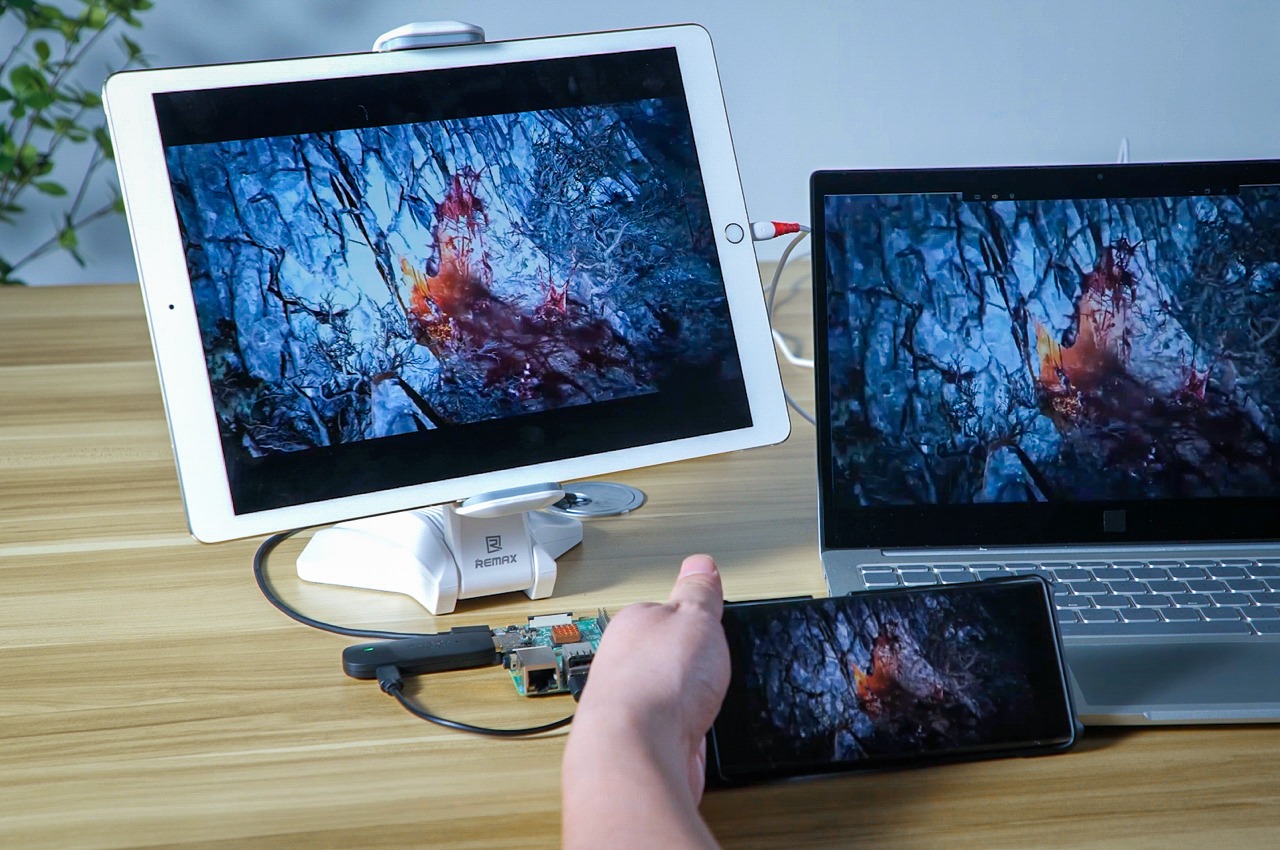 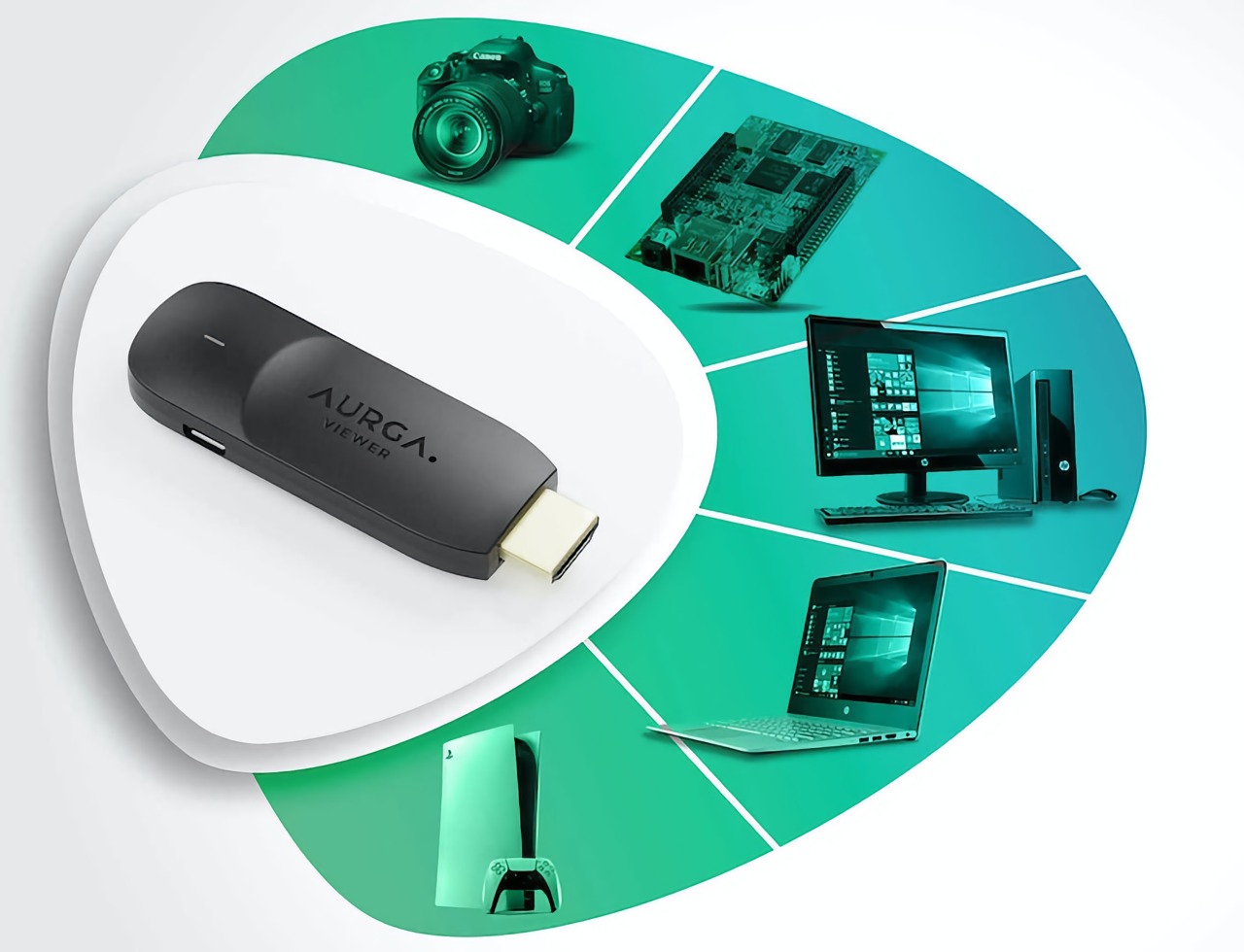 Ever since the advent of the Google Chromecast, streaming dongles have become a bit more common though completely underutilized. At its most basic, such an accessory allows two devices to communicate wirelessly, often by “casting” multimedia content from a source to a screen. In most cases, however, it’s a one-way street where images or videos are transported from sender to receiver. The AURGA Viewer transcends this limitation to literally expand your options when using screen-less (“headless”) computers like the Raspberry Pi or Apple Mac Mini or when trying to create wonderful art on a laptop that doesn’t have a touch screen, let alone a stylus.

For Gamers – Turn your mobile device into a portable gaming console.

For Designers – Turn your tablet into a pen display for Windows 10.

The way that the AURGA Viewer works is so simple it almost feels like magic. Like any other HDMI dongle, you connect it to a device, in this case, a computer or gaming console, that will serve as the source of what you would normally see on a monitor. Then you simply launch the app on an iOS or Android device, or even a Windows computer, and it will immediately connect to a paired AURGA Viewer dongle. Even better, multiple receivers can connect to the same AURGA Viewer, and the display will be mirrored on all those screens in real-time.

For Professionals – Extend your desktop onto any iPad or Android tablet.

The applications of this amazing technology are almost endless. You can easily turn a large tablet into a second monitor for a laptop or desktop, and it will extend your desktop as if it were the real deal. If you have an iPad with Apple Pencil support, you can even enjoy a makeshift Wacom Cintiq, giving you a powerful art tool at a fraction of the price.

And for computers that don’t even have monitors, AURGA Viewer can turn your mobile device into an ad hoc screen, allowing you to quickly connect to a headless server or mini PC without having to scramble for additional equipment. As a bonus, you can even use your phone as a larger viewer for your DSLR camera.

The AURGA Viewer accomplishes all these with very low latency, ensuring no lags or disconnections between devices. In fact, it can even be used for gaming where lag can literally (or virtually) kill. Simply connect the HDMI dongle to an Xbox, a PlayStation, or the Switch’s TV dock, and you can conveniently play your favorite titles anywhere in the house using your phone or tablet as a portable screen. AURGA Viewer isn’t just some passive viewer, though, despite its name. Those same mobile devices can become input devices as well, taking the place of a mouse, keyboard, or drawing tablet. 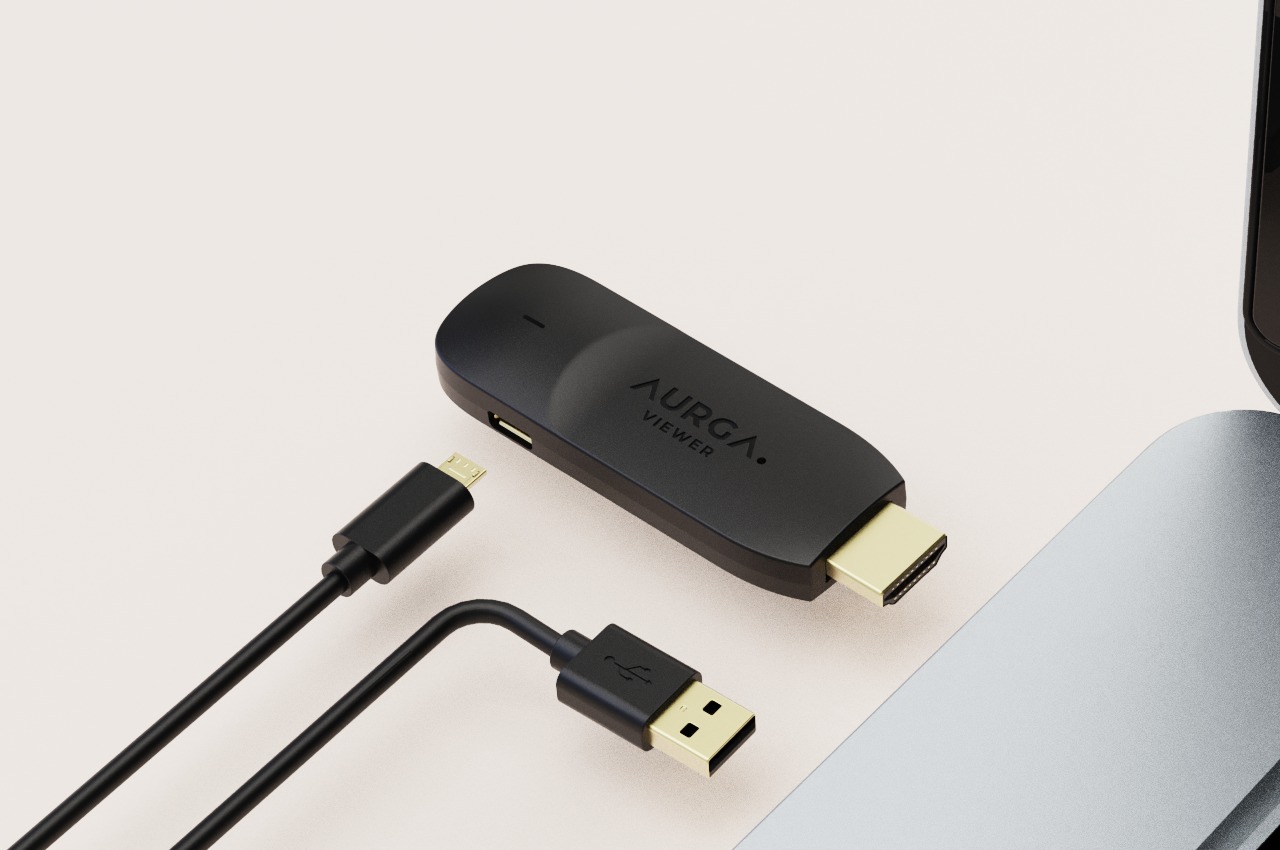 This HDMI streaming dongle may be small, but it can truly expand your digital world, turning phones, tablets, and computers into a wireless monitor, mouse, keyboard, touch screen, and drawing tablet. For only $56, it gives your mobile partner a new role in your life. Whether it’s for work or for play, the AURGA Viewer frees you from the limitations of computers and consoles, giving you increased productivity and freedom in a device that can easily slip into your pocket.

Audio Phones is a surround sound cell phone that uses a 5.1 multi-channel audio system. The concept addresses the need for innovation in the field…

While the swivel wheel is the most common for multi-directional movement, its biggest disadvantage is leaving the track when changing direction from forward to backward….

In a brief by Raymond RJ Wong, Lead Industrial Designer at Hewlett-Packard, design students were asked to come out with creative solutions that improve real…

I give this lamp a (tungs)ten out of ten

The Helix lamp isn’t just a fascinating looking lighting equipment. It is pretty fascinating, but there’s also that sense of deja vu you get until…