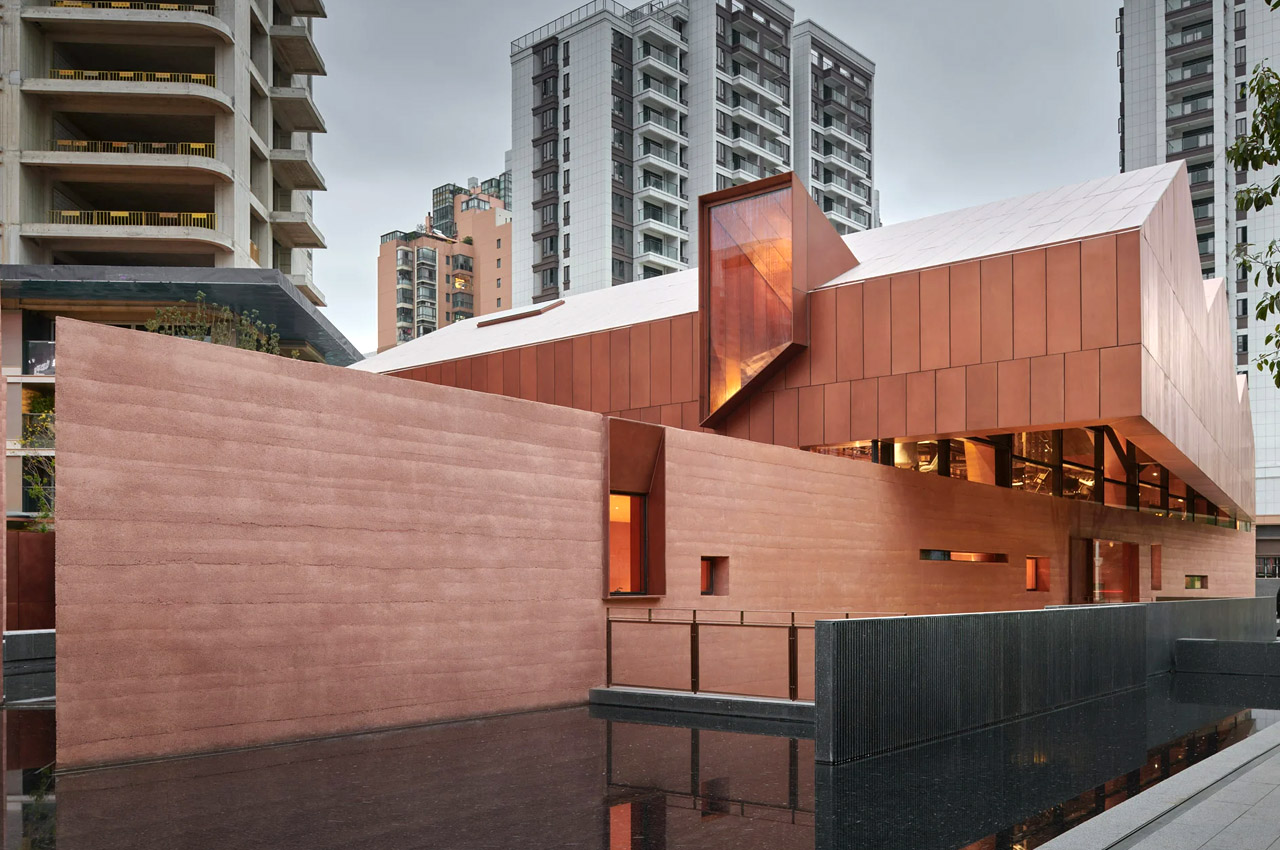 Shanghai-based studio Neri&Hu, transformed a wooden structure from the era of the Qing dynasty into a teahouse in Fuzhou, China. Clad in copper, the historic building is considered an “urban artifact”, and was built to preserve the traditional architecture and to highlight the fact that modern developments are a threat to them. 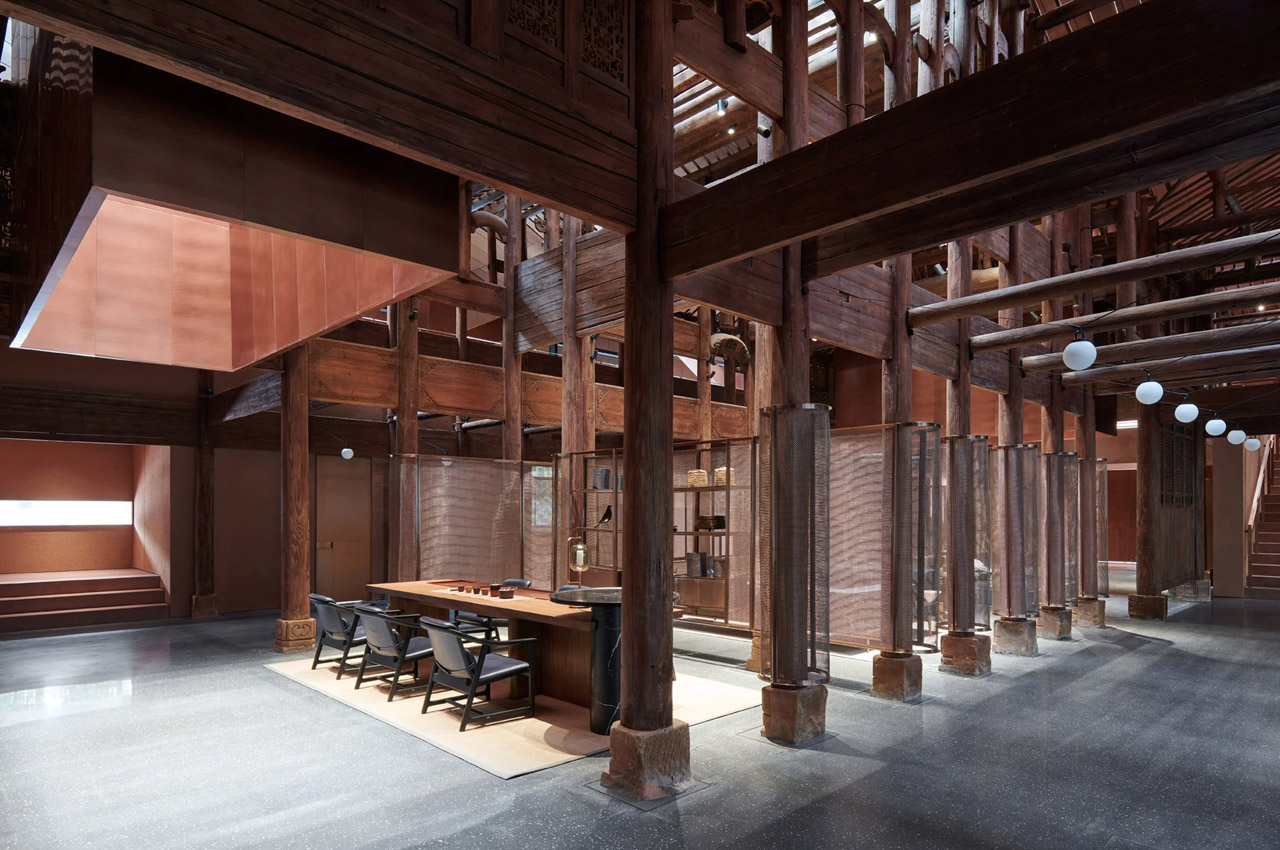 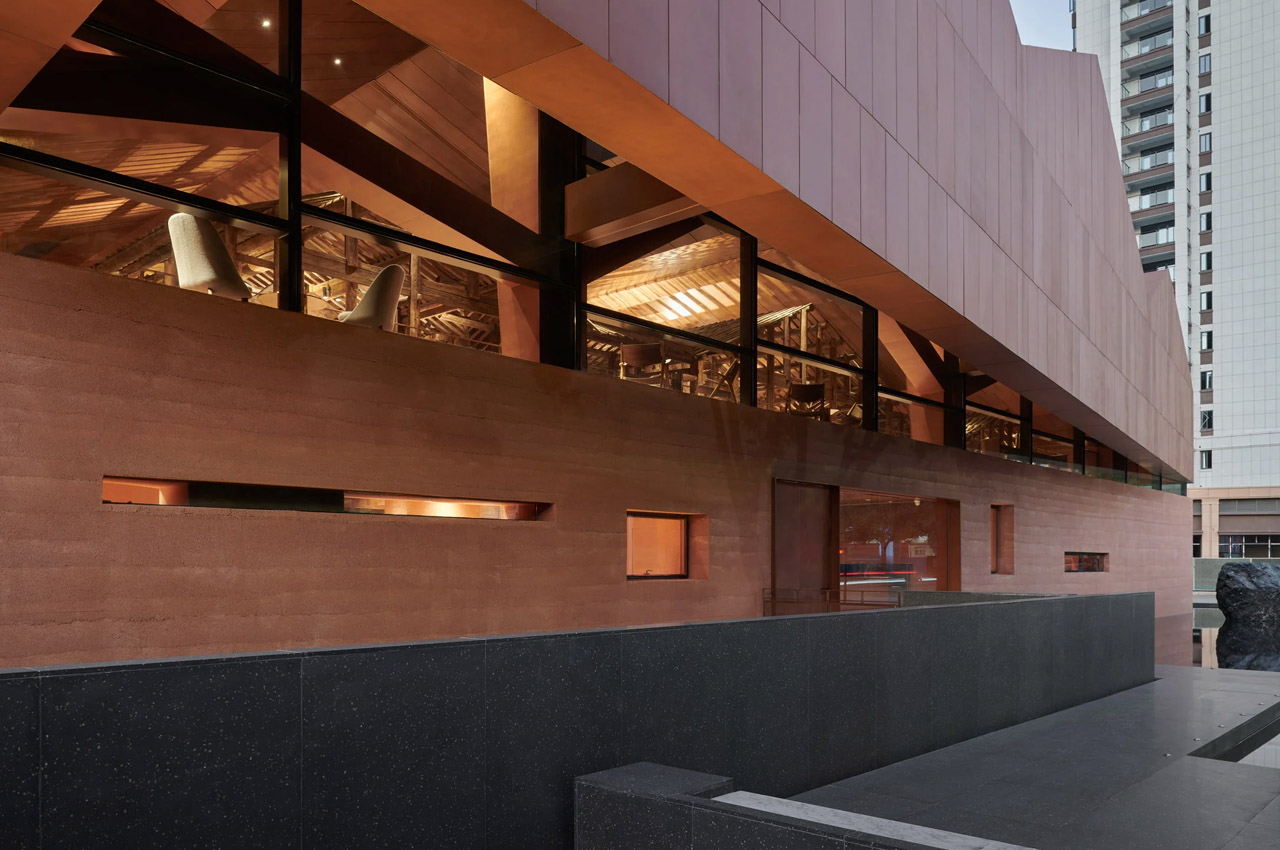 “Conceived as an urban artifact and drawing from the historical roots of the city of Fuzhou, the teahouse internalizes a piece of distinct heritage at a time when rapid new development has eroded traditional culture and identity. For this ancient building aspiring to be reborn as a modern tea house, the team adopted architectural strategies that could enhance its new function,” said the studio.

The structure was originally relocated from Jiangnan, and now includes a tea lounge, a bunch of private and public lounges, bars, and event spaces. The interiors feature earth-toned concrete, copper, and plastic. Placed on a rammed-concrete podium, the shelter has been equipped with a copper-clad roof, that instantly draws attention. Once you enter the building, you are welcomed by a circular lobby, followed by offices, a wine, and a tea cellar, which leads to a sunken garden at the back. 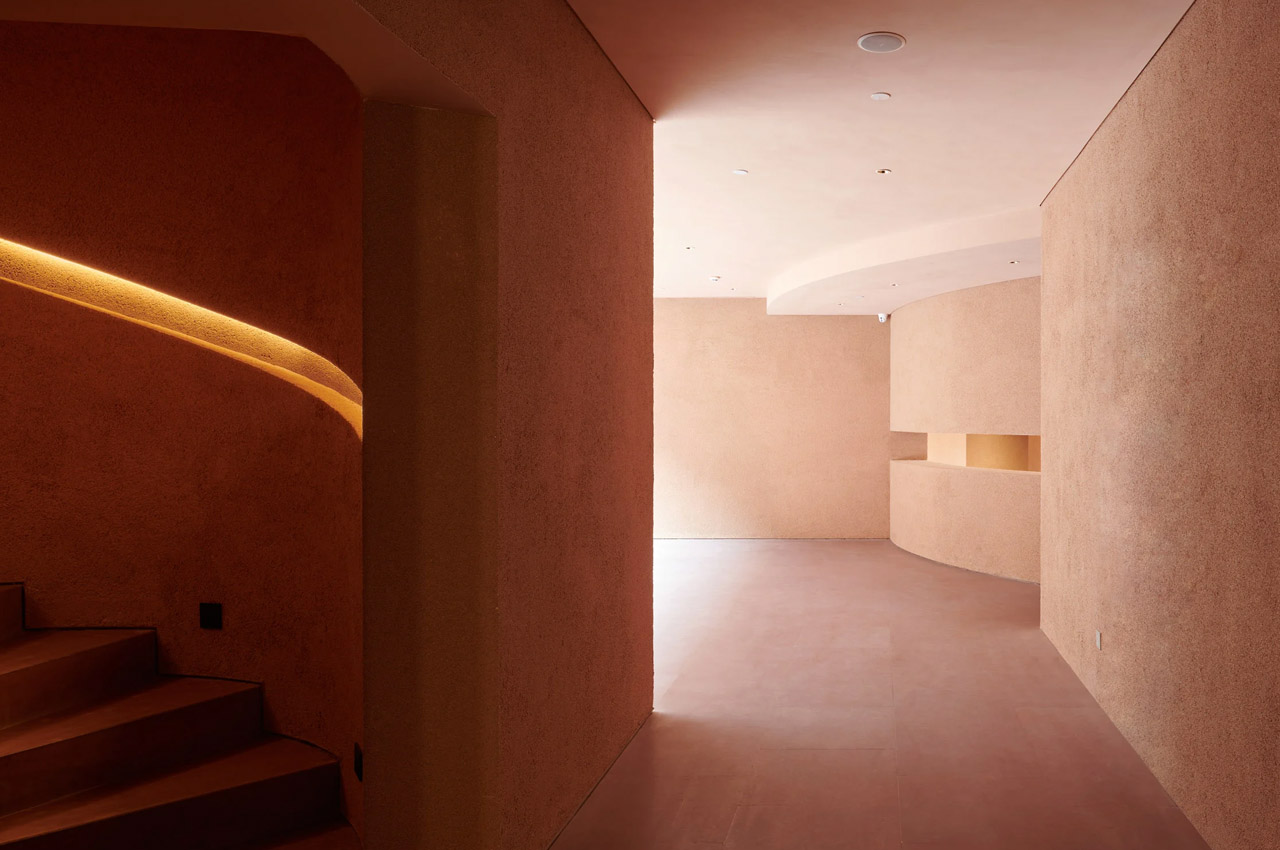 The first floor houses a tea lounge, a display area, and a function room. The function room is located opposite a shallow pool of water. The second floor includes a balcony with a seating arrangement, that allows visitors to get a glimpse of the historic structure from above.

“A series of contrasts play out among elements that are bright and dark, light and heavy, coarse and refined, as visitors enter the grand hall where the structure of the ancient residence is situated. Sky wells penetrate the roof, bringing natural light into the depths of the enclosure and illuminating the priceless artifact on display…only upon reading the mezzanine does the structural configuration of the building begin to reveal itself,” said the studio. 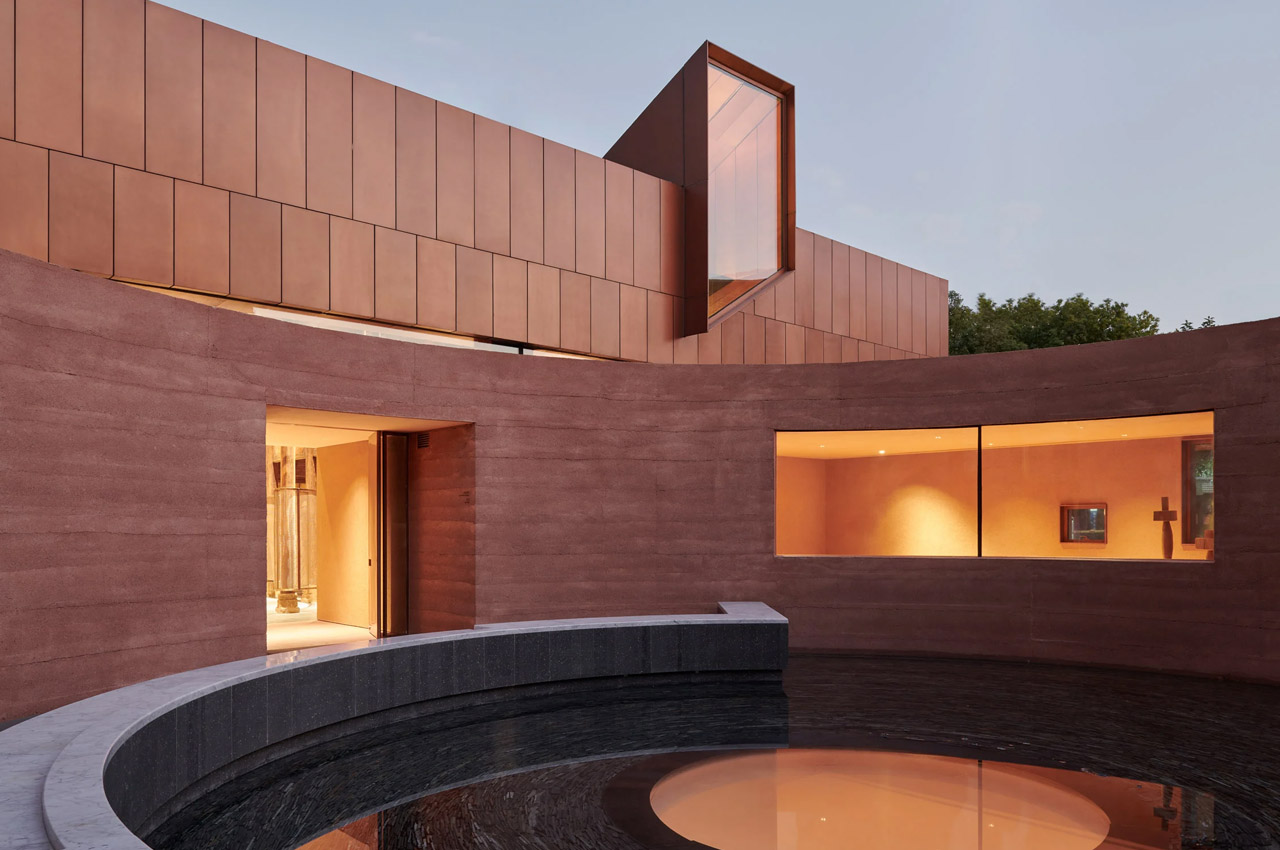 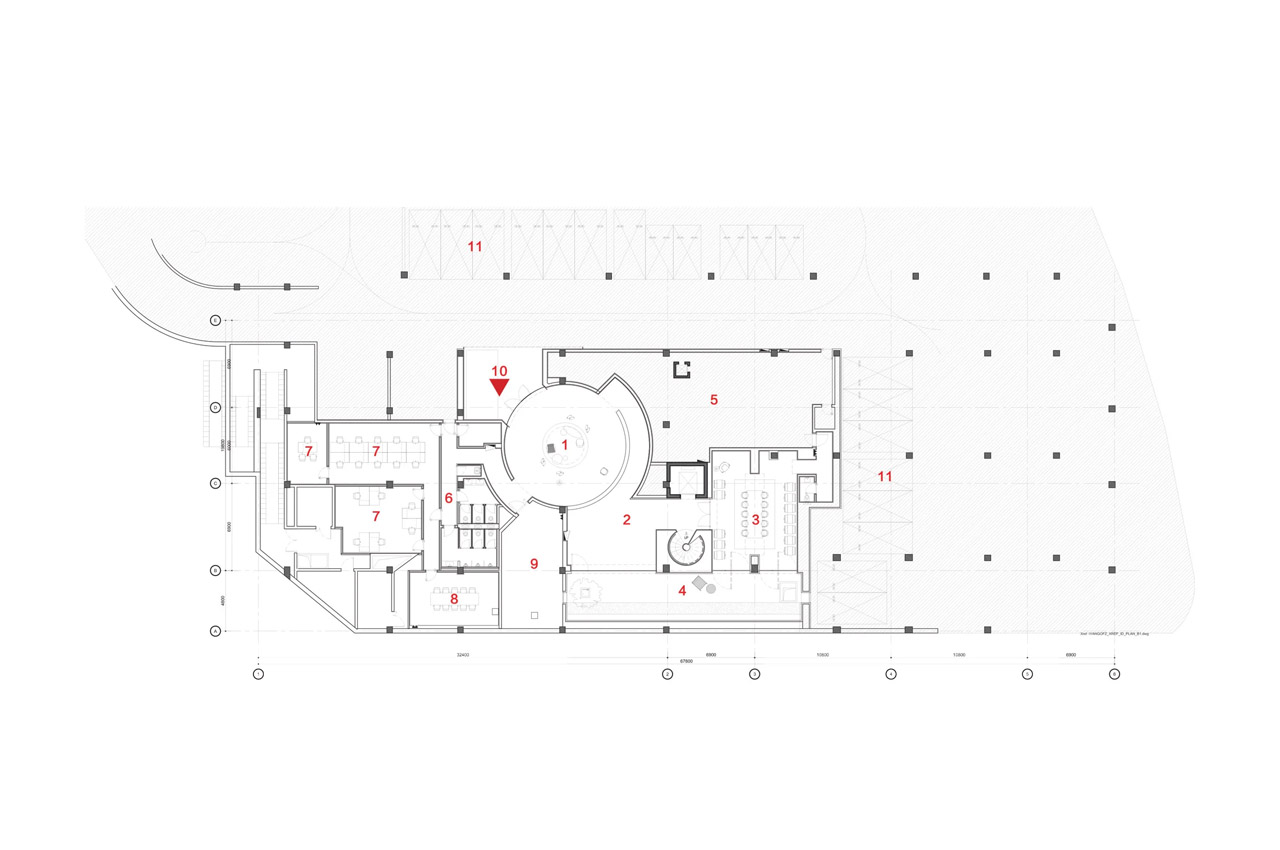 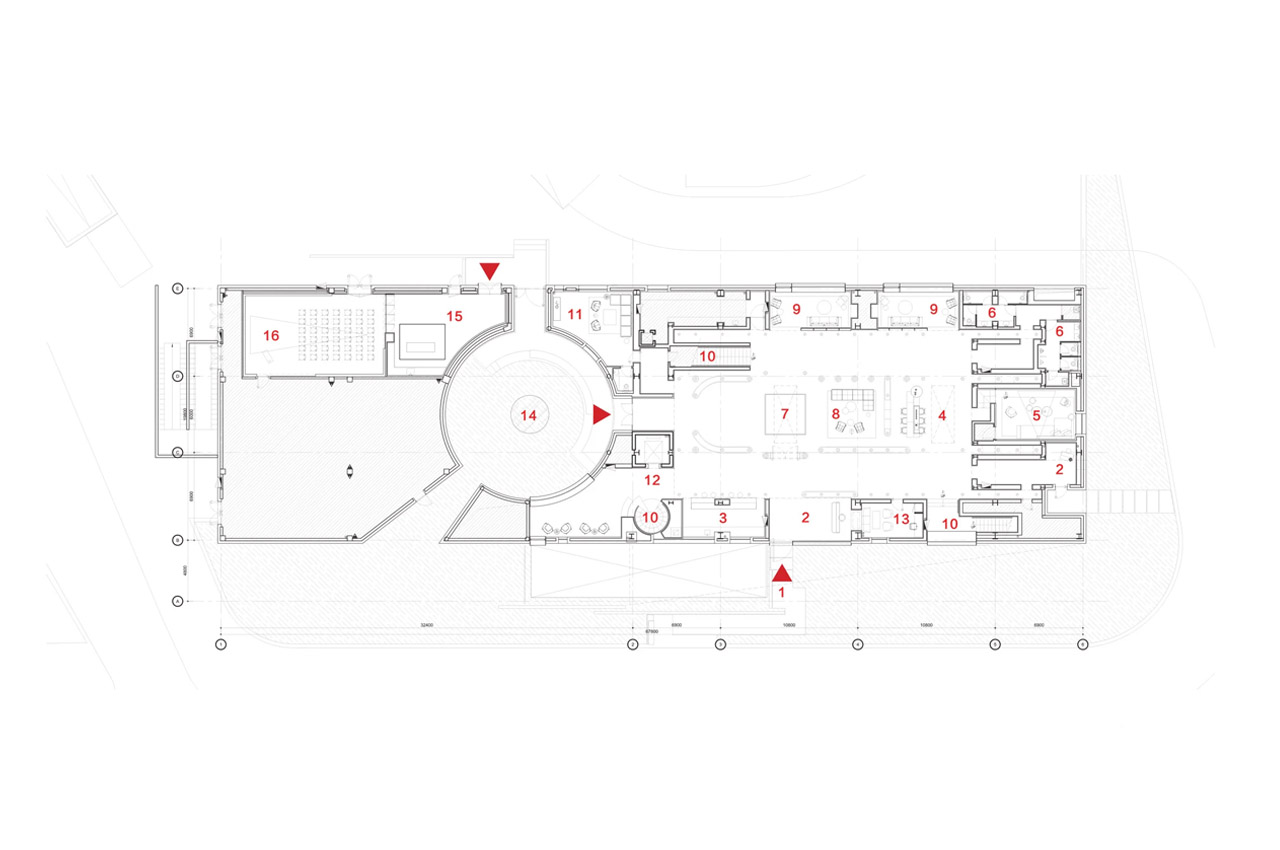 Towers of Water in the Sudan

In celebration of 2010, it marking 50 years of the United Nations adopted a resolution of independence, freedom, and sovereignty for all African nations, designer…

2022 is here, and it has brought with it some exciting new tiny home designs! Sustainability has been running on everybody’s mind. Ever since the…

A roof over your head is probably the most important necessity of life; poverty should not be the reason that you get deprived of it….