Asked about a Nothing Laptop during an AMA on Twitter, Carl responded by saying “Considered – yes. We’ve even made some concepts. But as a 2-year-old company, really need to really focus on becoming successful in our current categories.”

The Nothing Book (1) comes from the mind of YouTube channel Concept Central and features a similar transparency-focused design, along with a pleasant surprise in the form of a charging dock for your phone (1) and Ear (1) to the left of the trackpad. 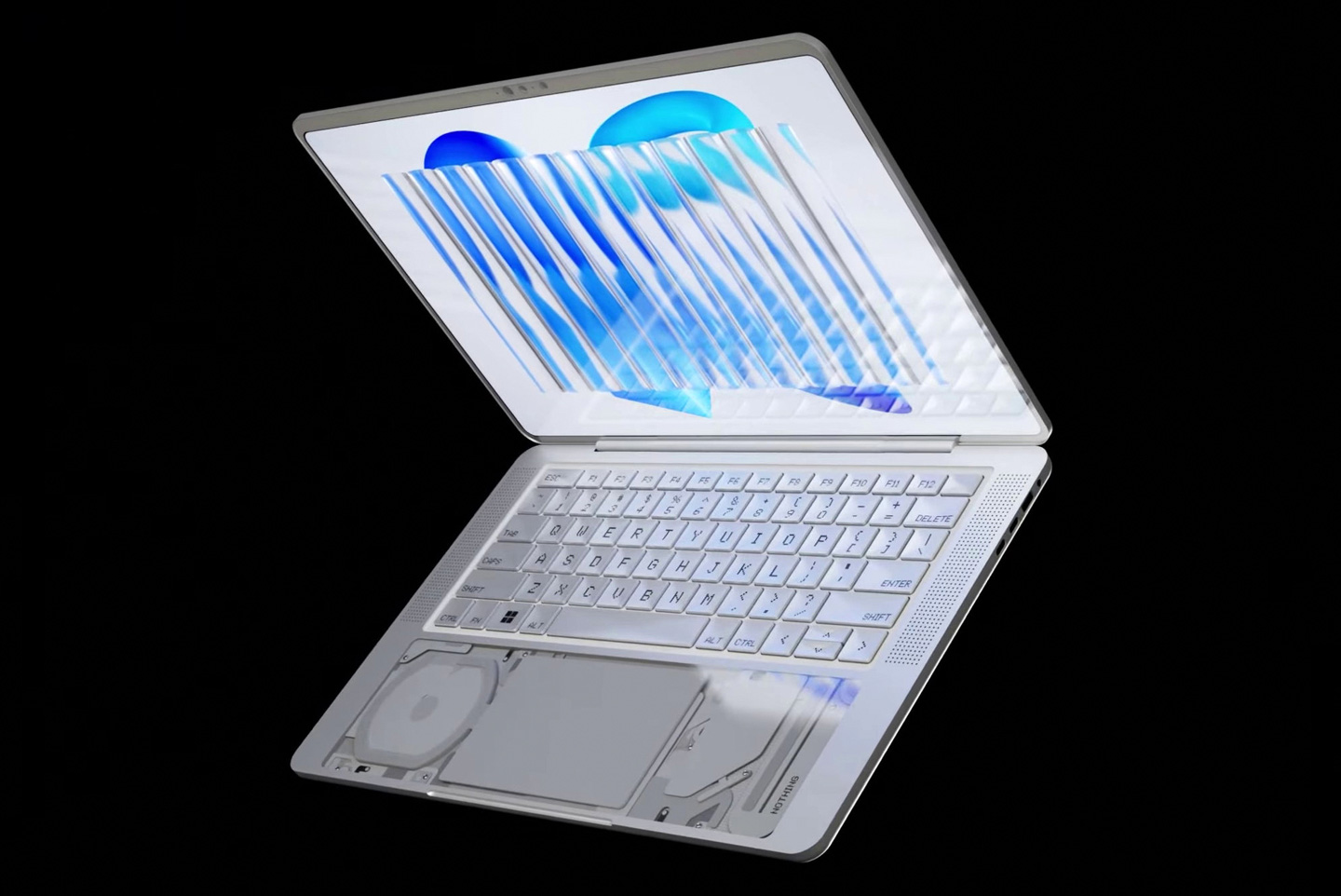 Transparency has always been at the heart of Nothing’s design ethos, and the Nothing Book (1) is no different. It builds on the visual library left behind by the products before it, i.e., the phone (1) and the Ear (1). The Book (1) sports a minimalist design that combines white elements with transparent ones, creating a device that’s all-telling and detailed, yet minimalist and sleek. Just the way the phone (1) looks a lot like an iPhone, the Book (1) pays a hat-tip to the MacBook’s classic design with a similar visual language, barring that transparent panel around the touchpad. 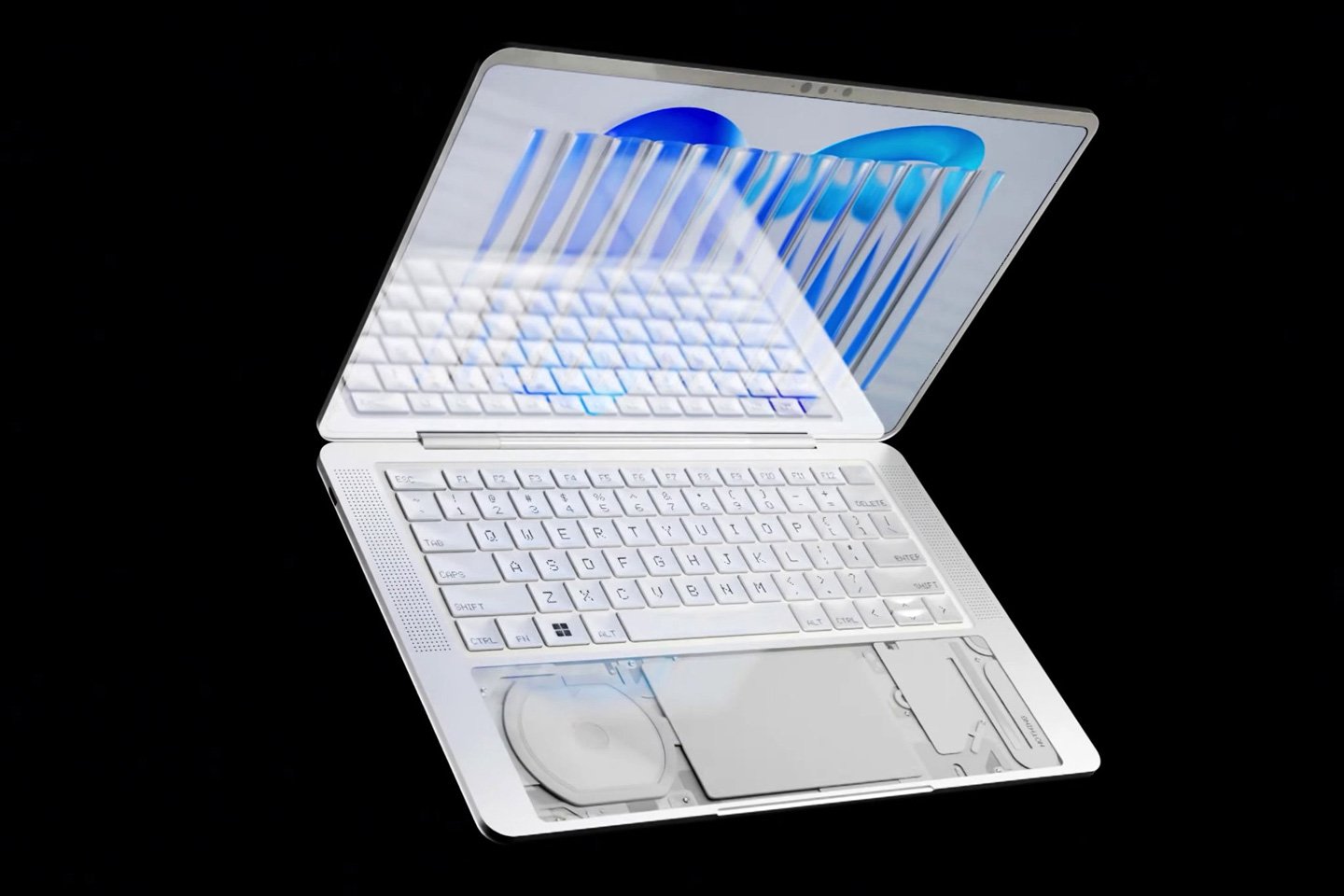 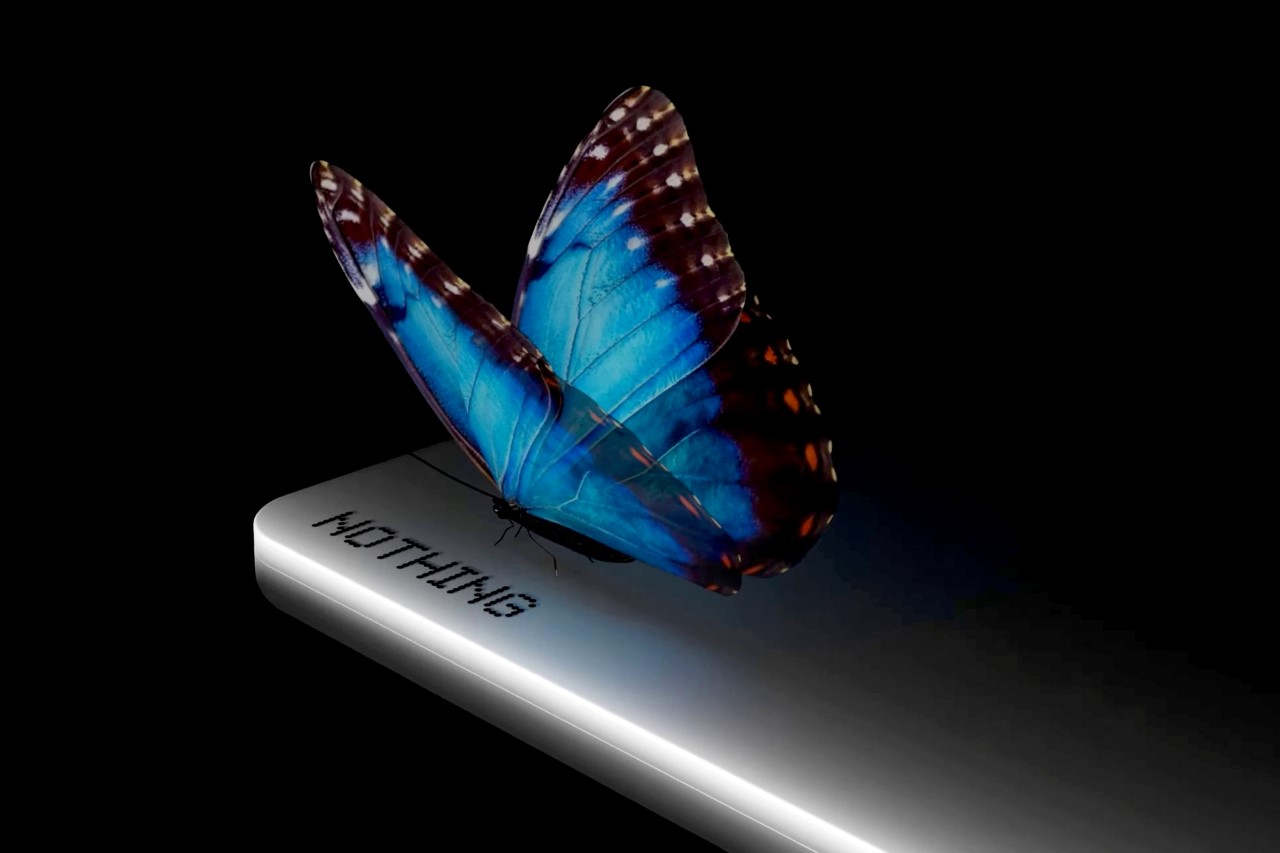 The bug theme also shines through in this concept. The use of the butterfly is a tribute to the laptop’s folding design. 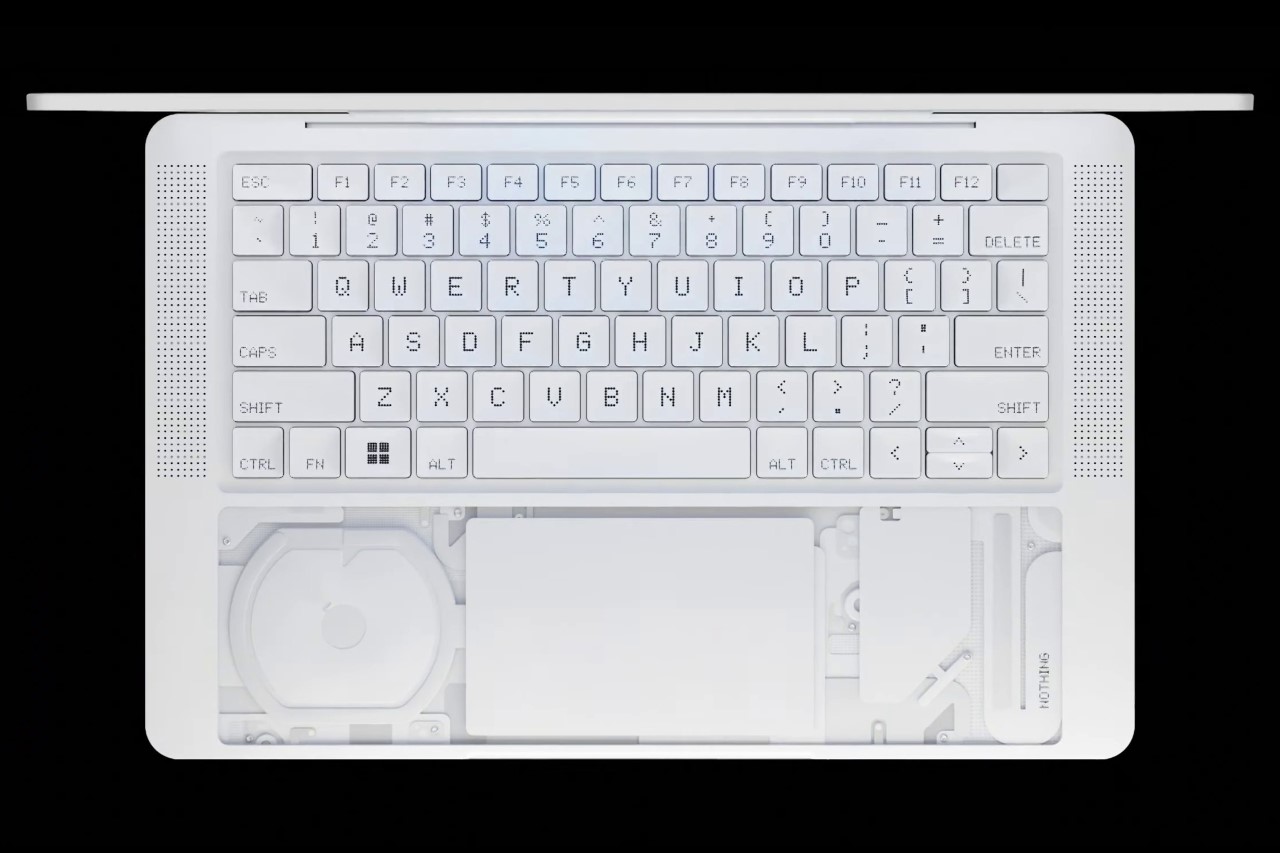 While the phone (1) was purely an Android device running on Nothing’s minimal skin, It seems like this concept is a Windows laptop that possibly comes with a stripped version of Microsoft’s OS, focusing on the essentials (sort of like the Surface Laptop). You’ve got a 15.6″ device that fits an entire keyboard in (sans the numpad of course). The keyboard also comes outfitted with Nothing’s signature dot-matrix font, even including a row of function keys for good measure. 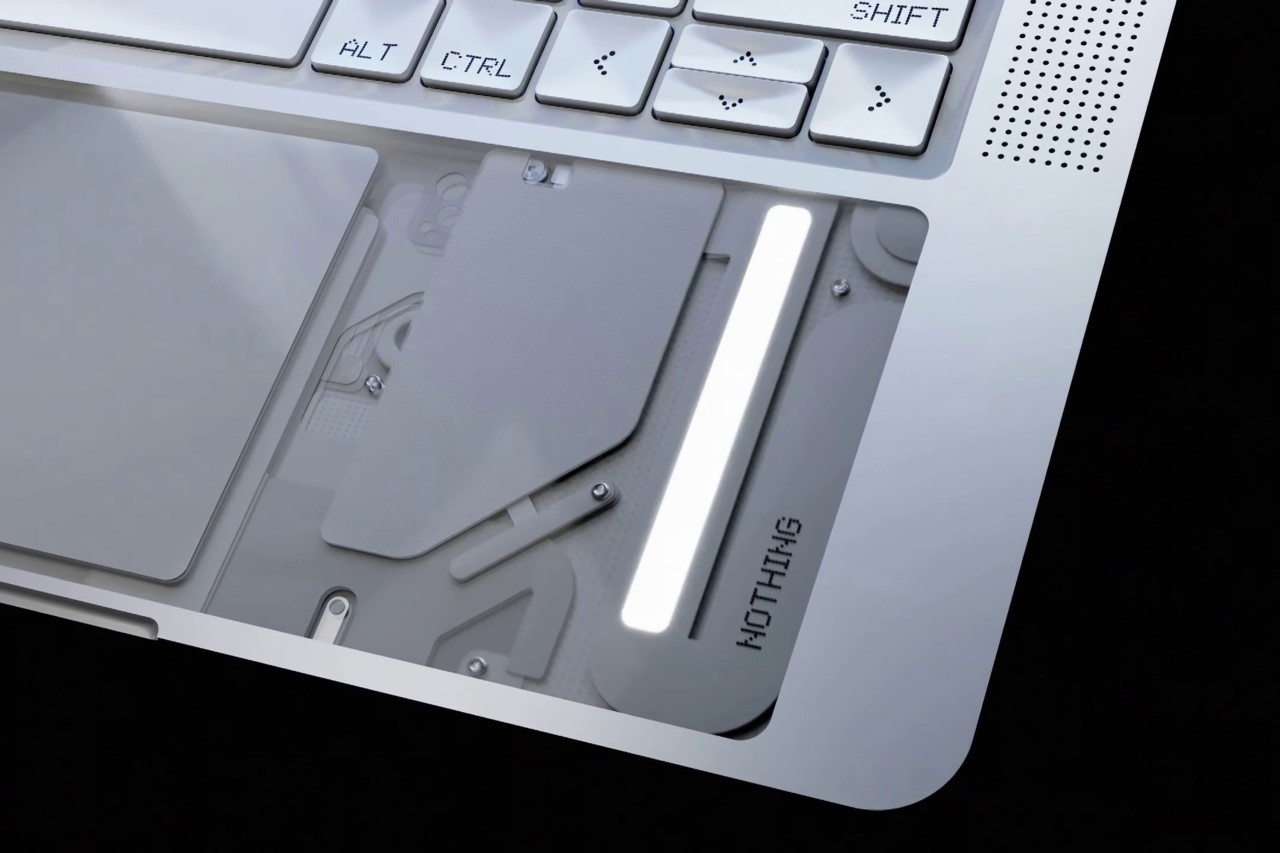 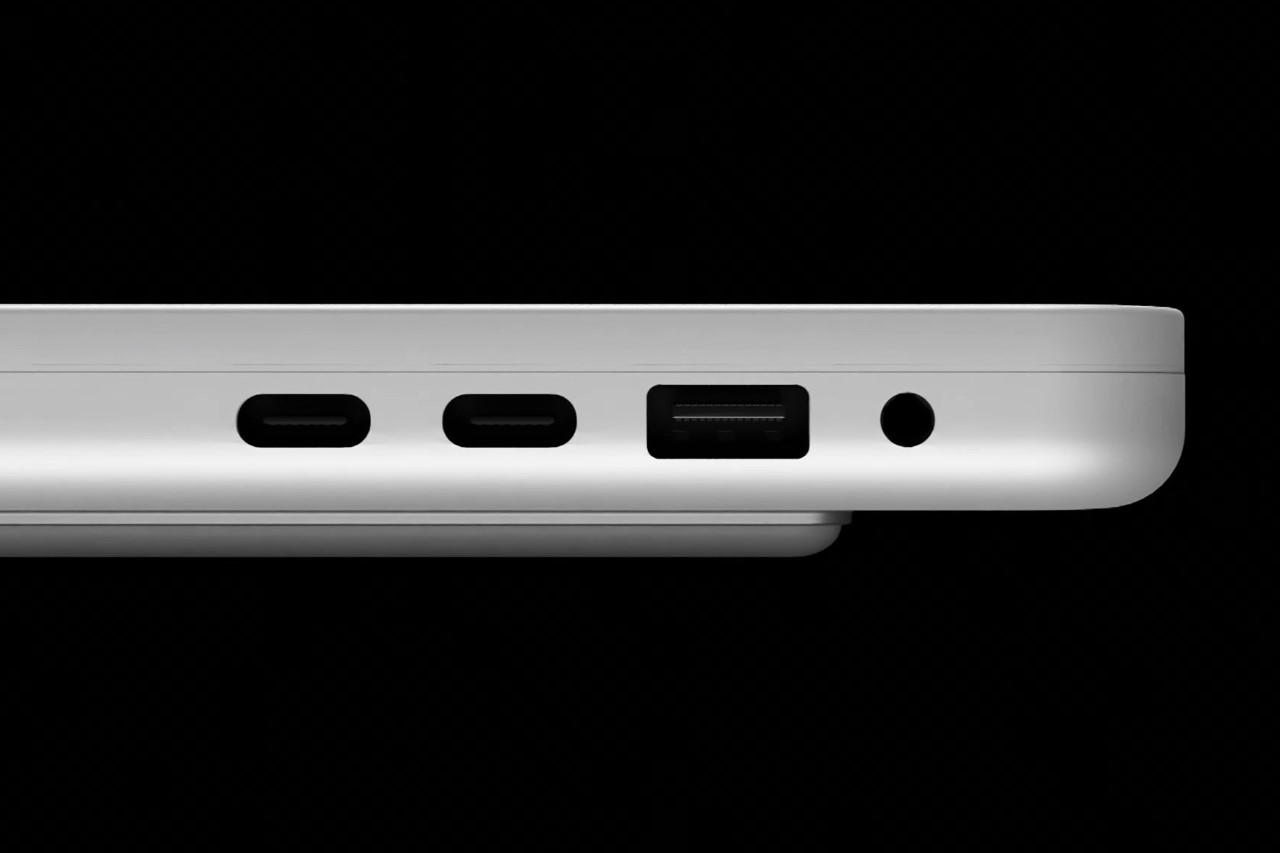 The minimal notebook concept comes with two USB-C ports, a USB-A port, and a headphone jack. 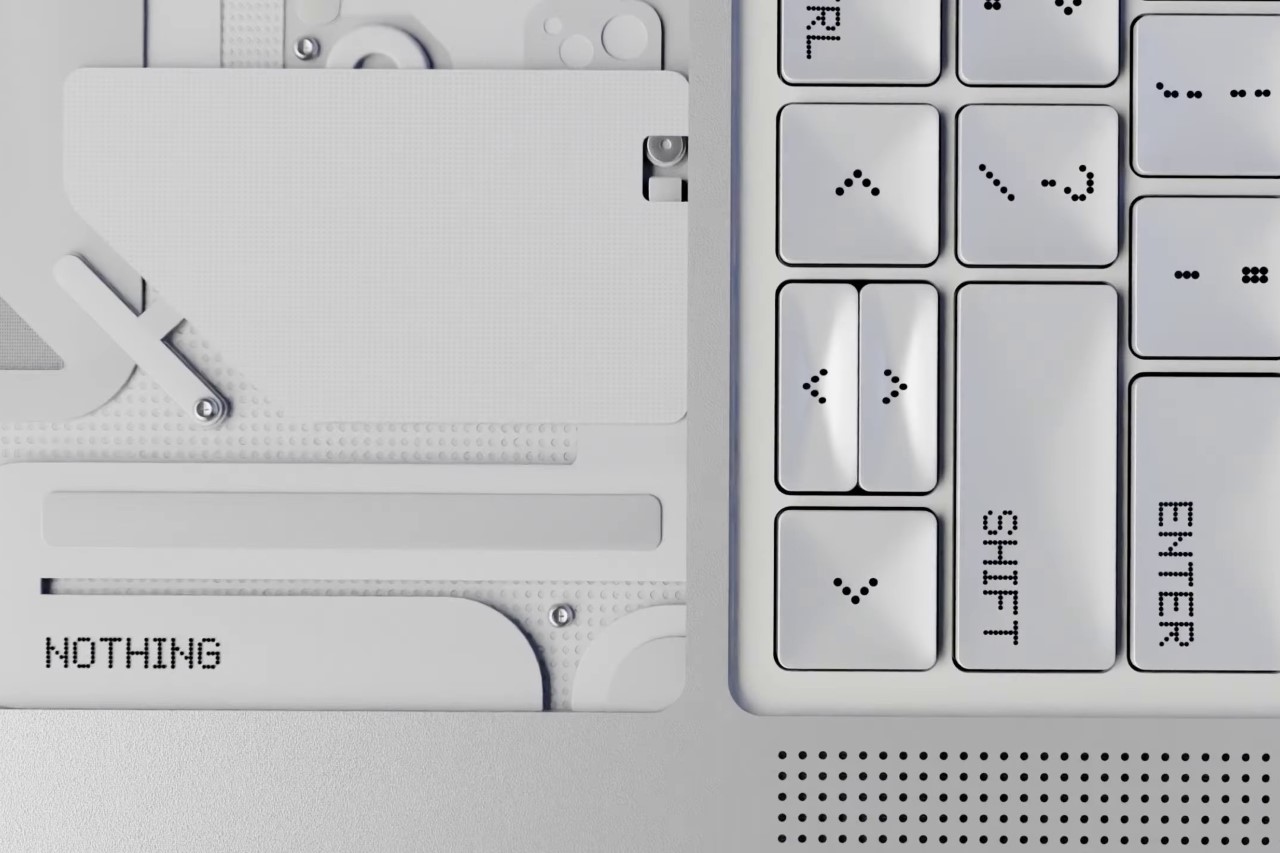 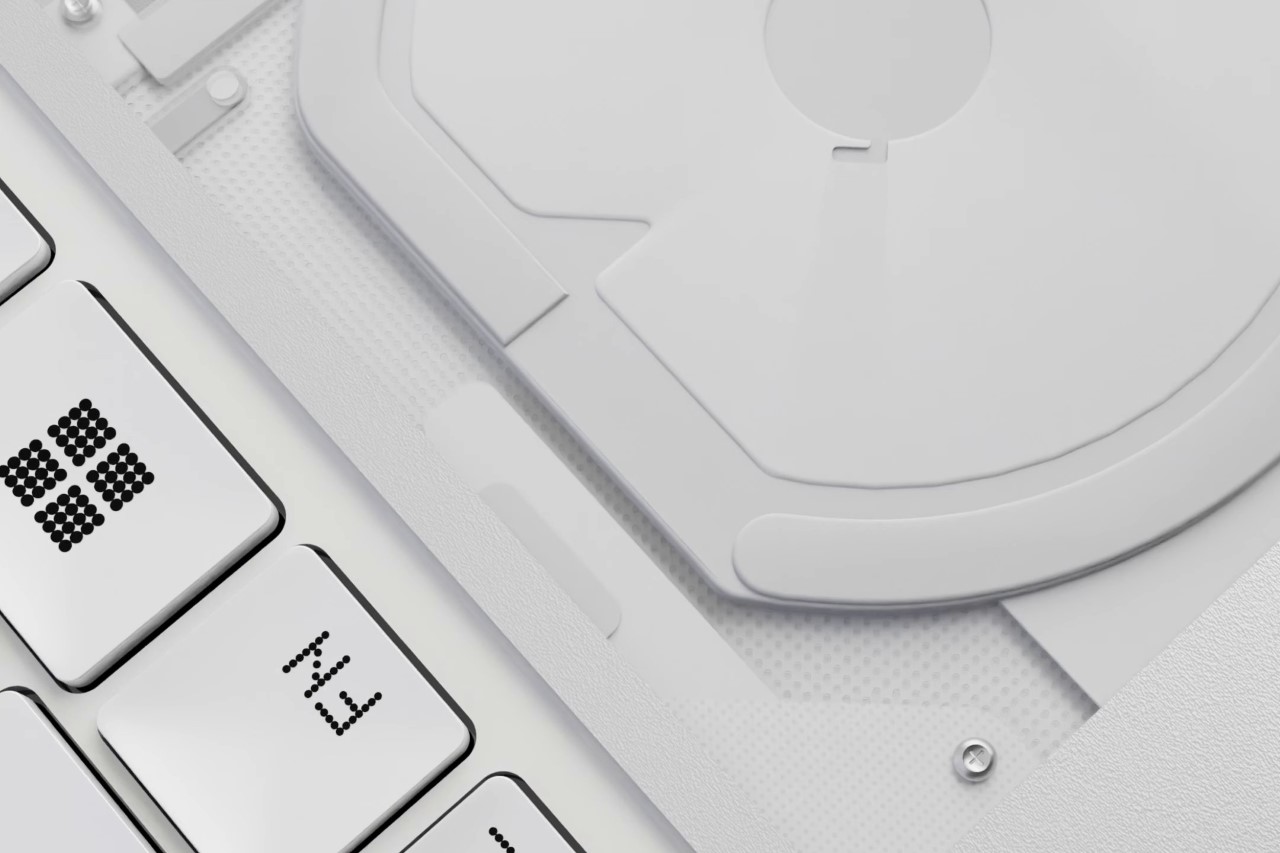 Everything of consequence really lies below the keyboard. The Nothing Book (1) comes with a transparent panel overlaying the lower half of the laptop’s body. This houses the trackpad in the center, and a series of easter eggs around – the most notable one being a wireless charging coil to the left of the trackpad. 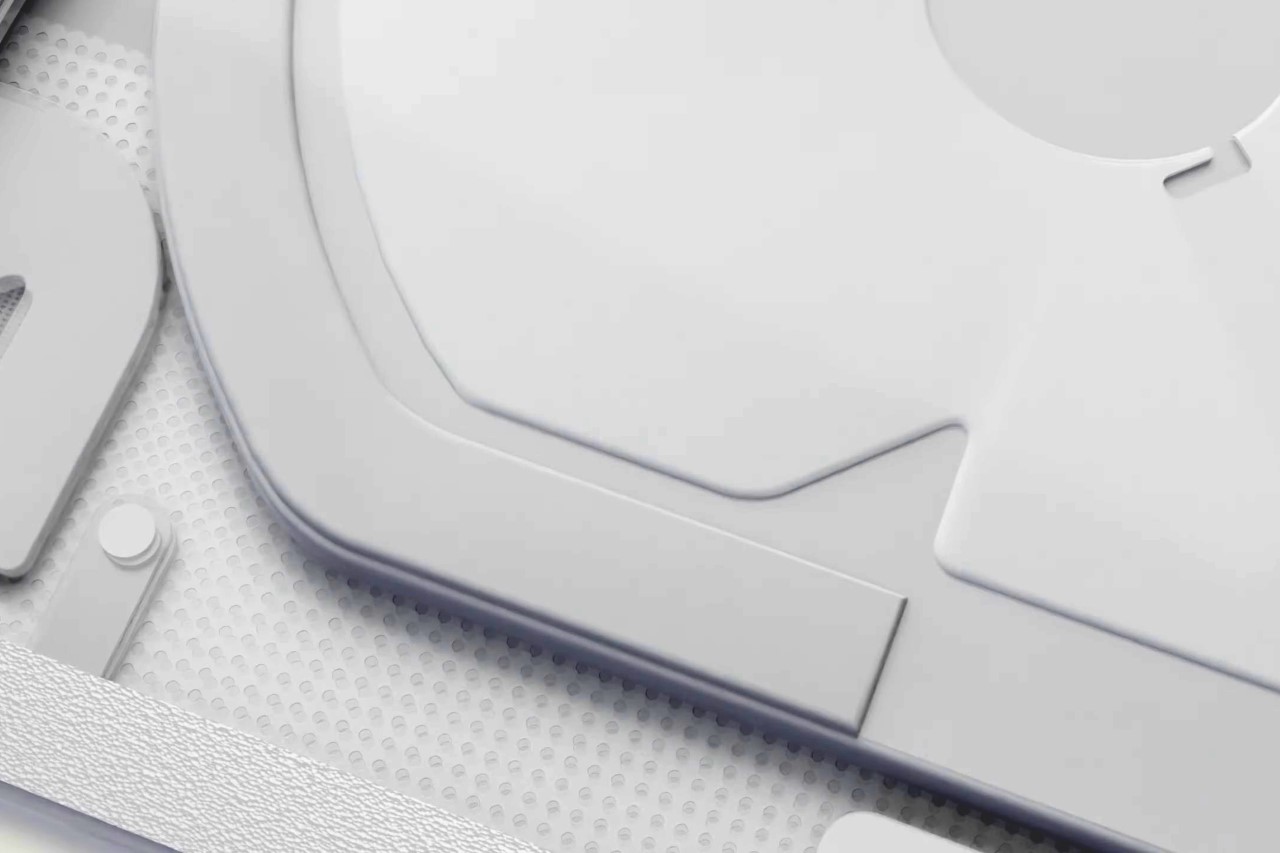 The wireless charger to the side of the trackpad provides the perfect place to rest your Ear (1) or phone (1) while working. Place your device in the designated zone and LEDs around the charger light up, like on the Nothing phone (1). The laptop also has another set of lights to the right of the trackpad that light up to indicate things like notifications, battery level, etc. 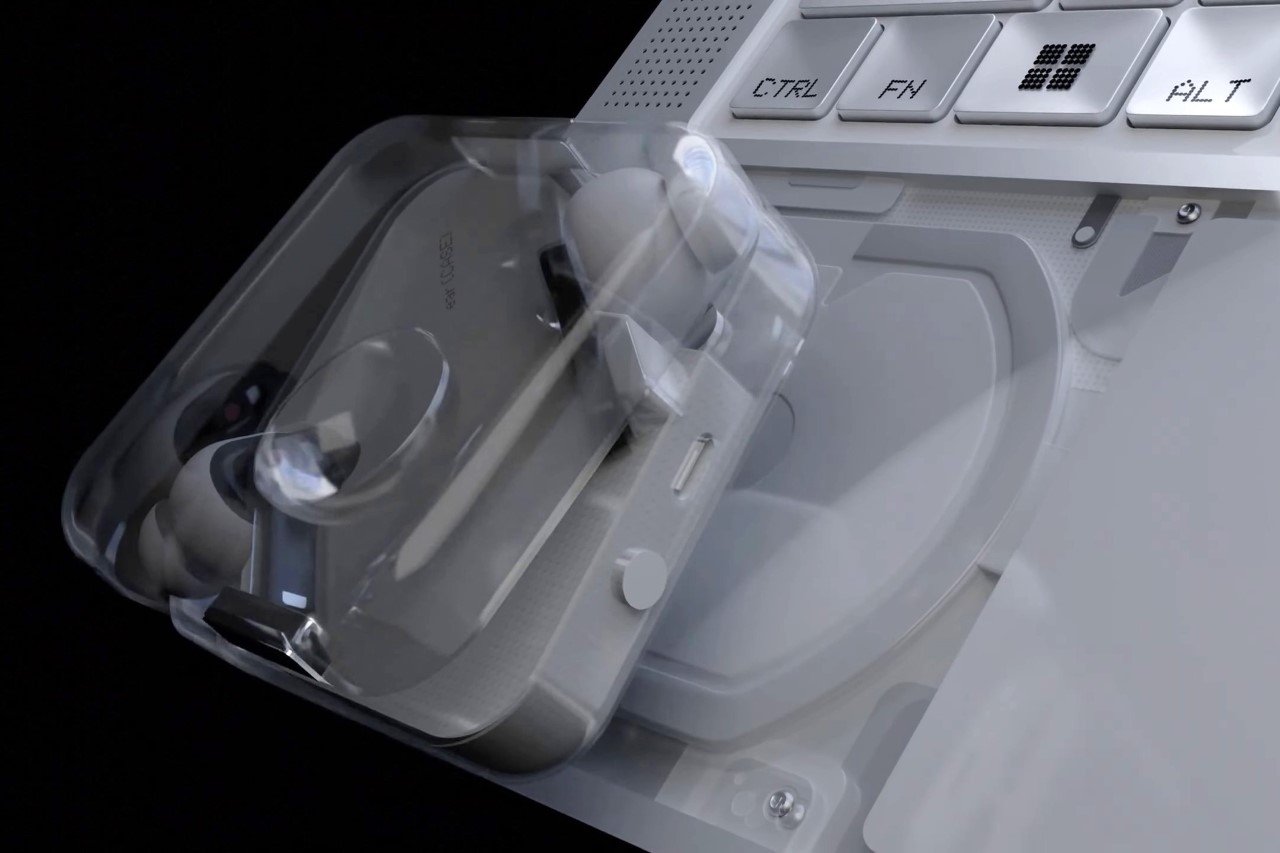 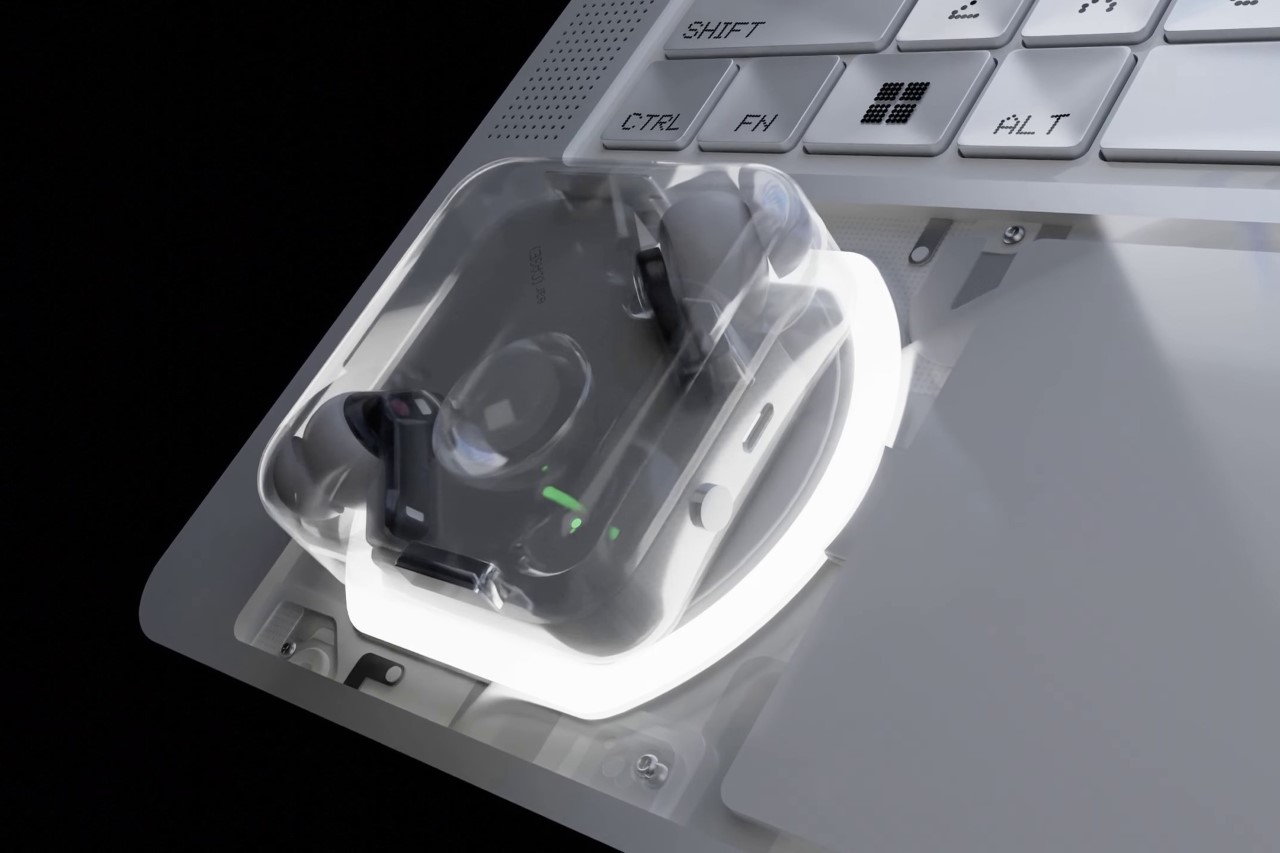 The Nothing Book (1) is clearly just a fan concept for now… but the main takeaway lies in Pei’s statement which mentions that Nothing has built laptop prototypes already. While our idea of the company’s vision can only base itself on the two (and a half) products it’s launched, I really wonder what’s on the Nothing team’s mind regarding the future of the company… and the potential of a kickass Nothing Book (1). 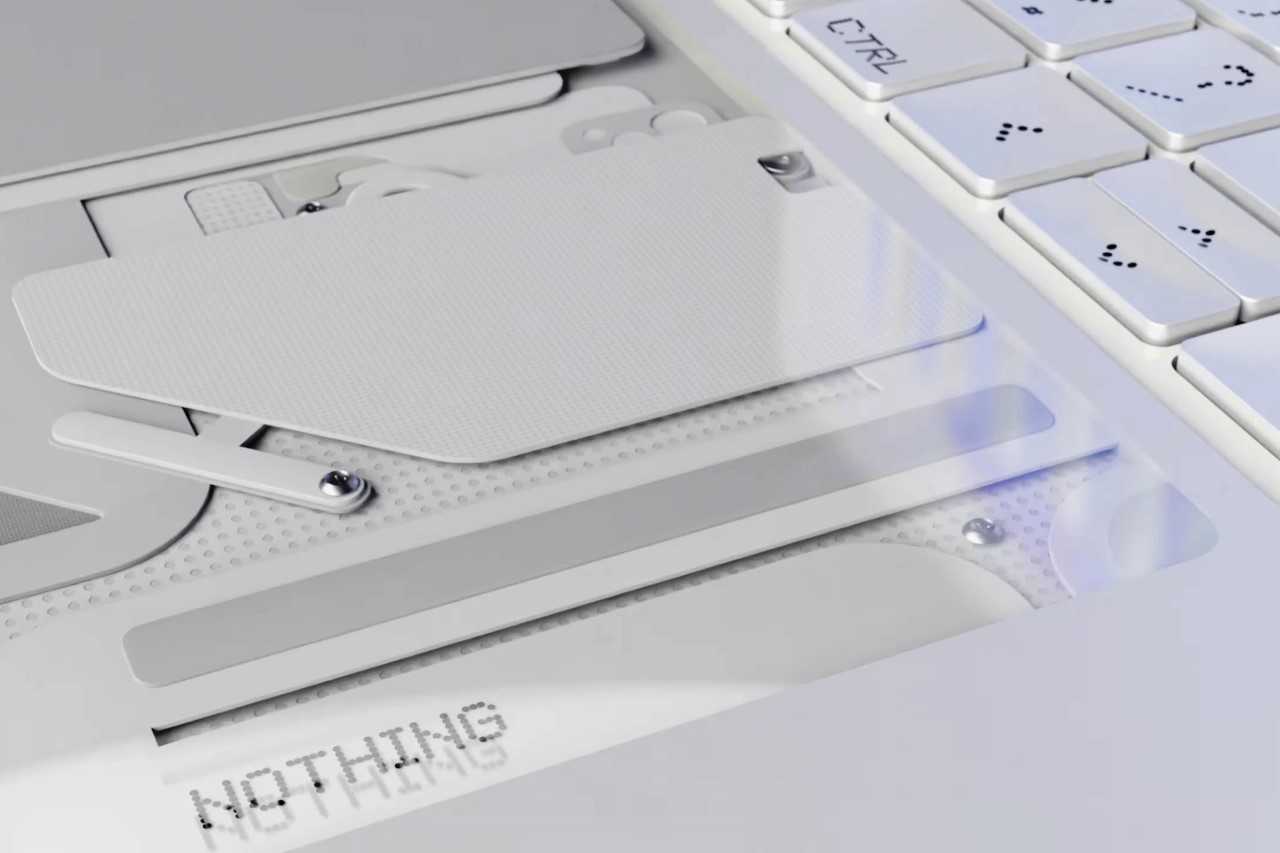 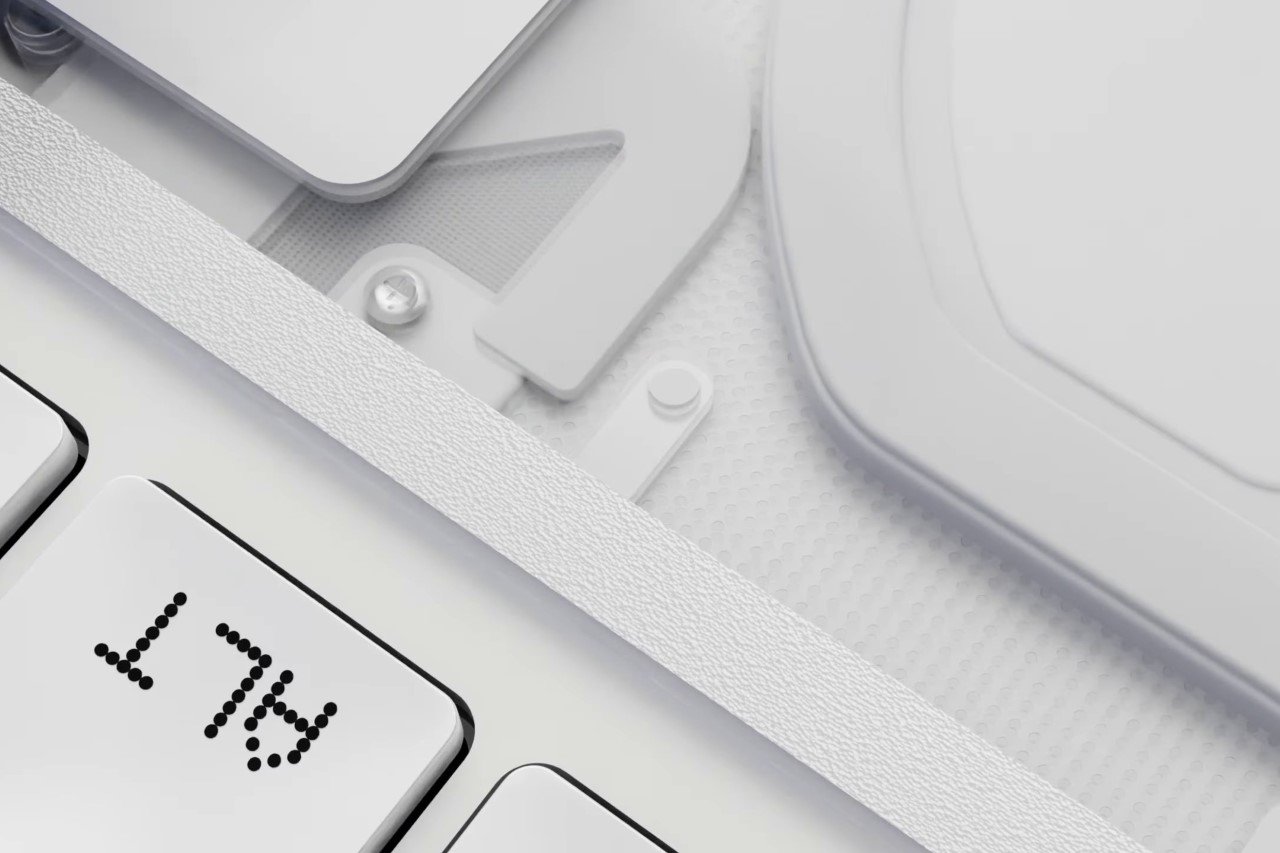 A physical and digital photo organizer, this gadget doubles as a projector to preserve your memories!

PIC is a photo organizing scheme that includes a circular remote and projector for users to easily manage and upkeep their numerous digital photos. As…

A smartwatch with three displays sort of makes sense

The smartwatch has a tonne of purposes, but ultimately, it has one (or maximum two) core functions. The fact that it replaces the watch means…

Instagram’s new video booths get inspired by solar and lunar eclipses, adding some fun skyscape to your feed!

I’m no influencer, but Instagram loves a good sky pic. All you have to do is scroll through your timeline to see it filled with…

Got an AirTag to secure all those important tangible things in your life? Then why not consider a rugged case for this Apple accessory to…