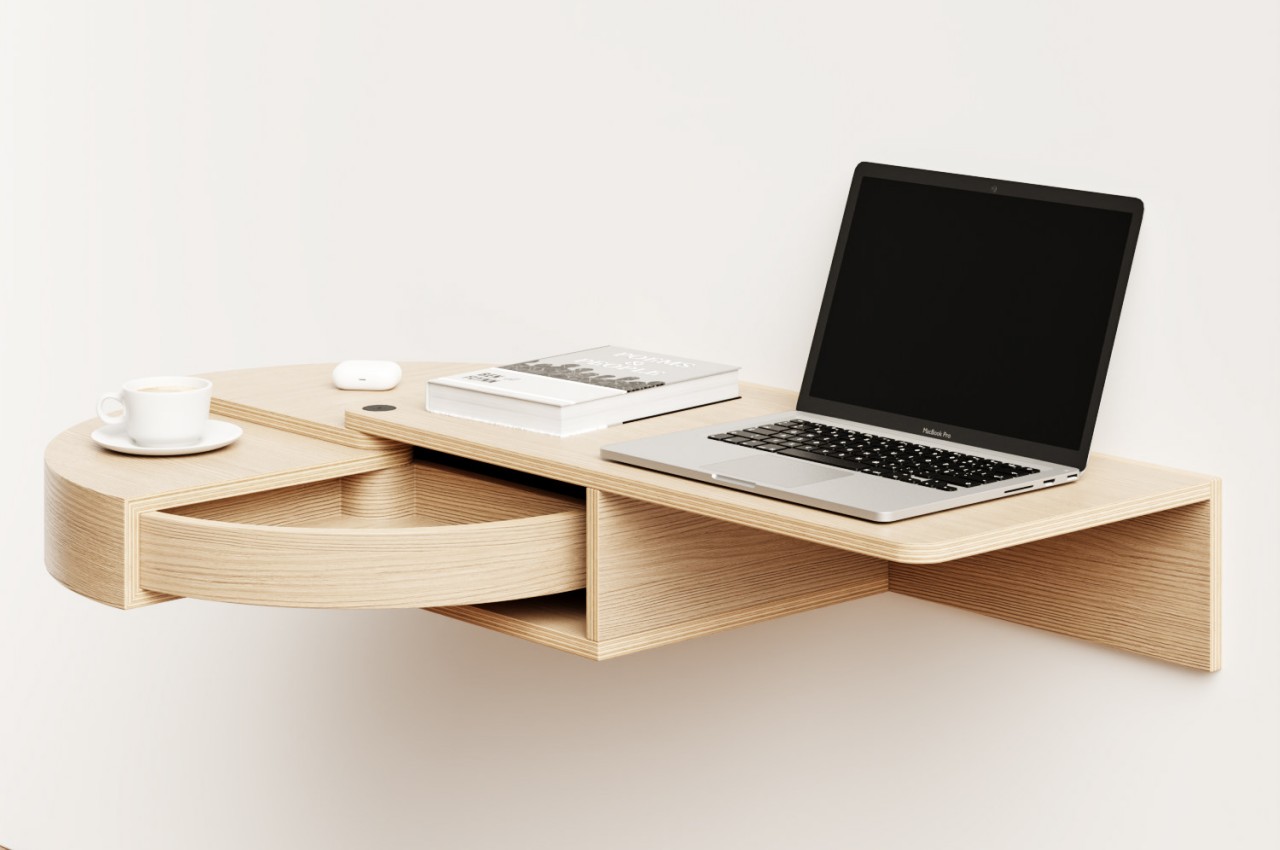 All of us want more space, be it on the floor, desk, or screen. At the same time, however, few of us actually want furniture or devices to take up more space than usual. This contradiction of desires requires some creative design, such as a foldable phone that expands into twice its size or a modular desk that can shrink or grow as needed. This has admittedly led to quite a few interesting designs, particularly ones that really go outside the box to deliver a unique experience. This design concept for a desk floating desk is one such example, where a drawer can be an extension of a desk and more, depending on how you swing it, literally. 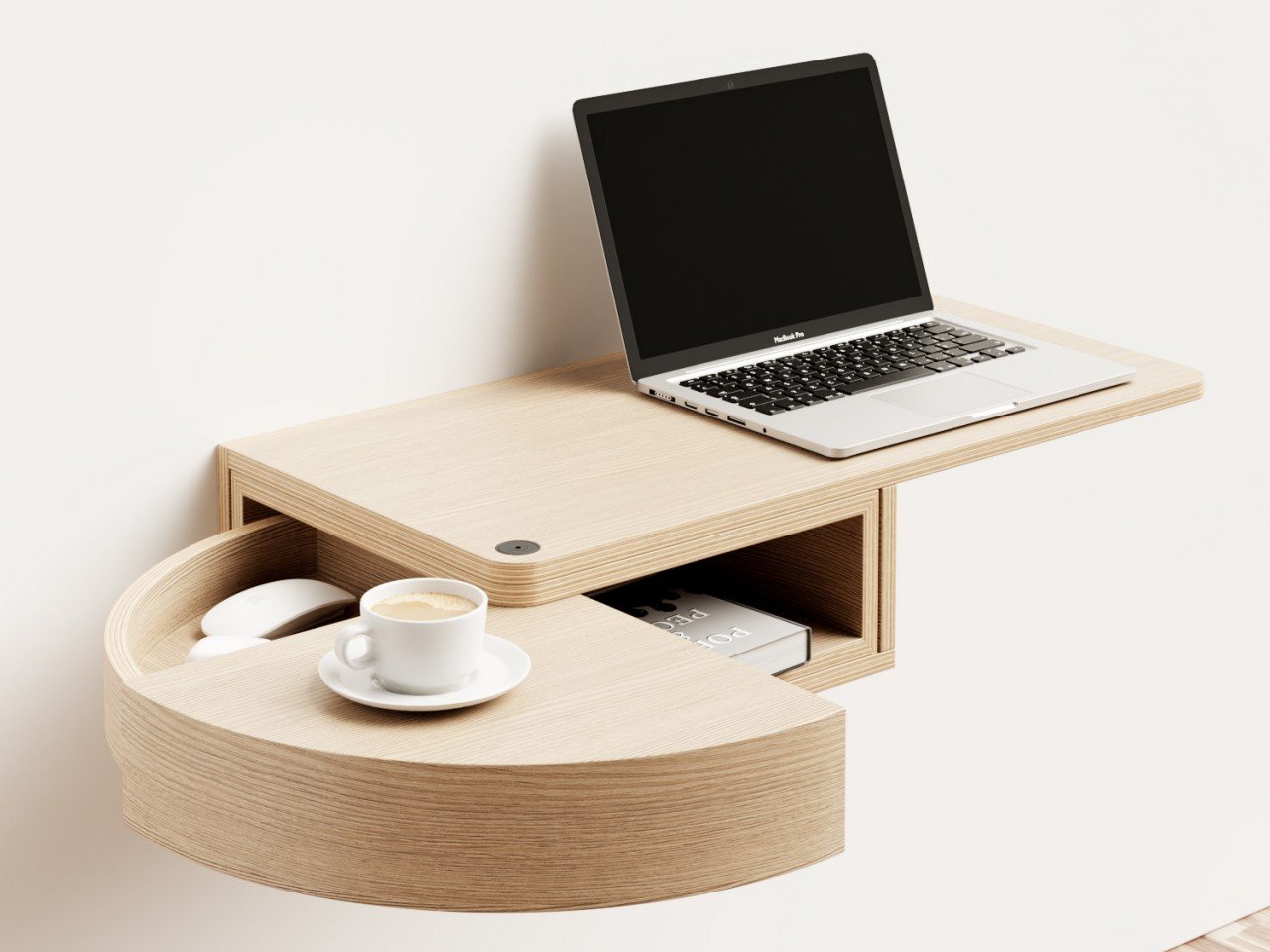 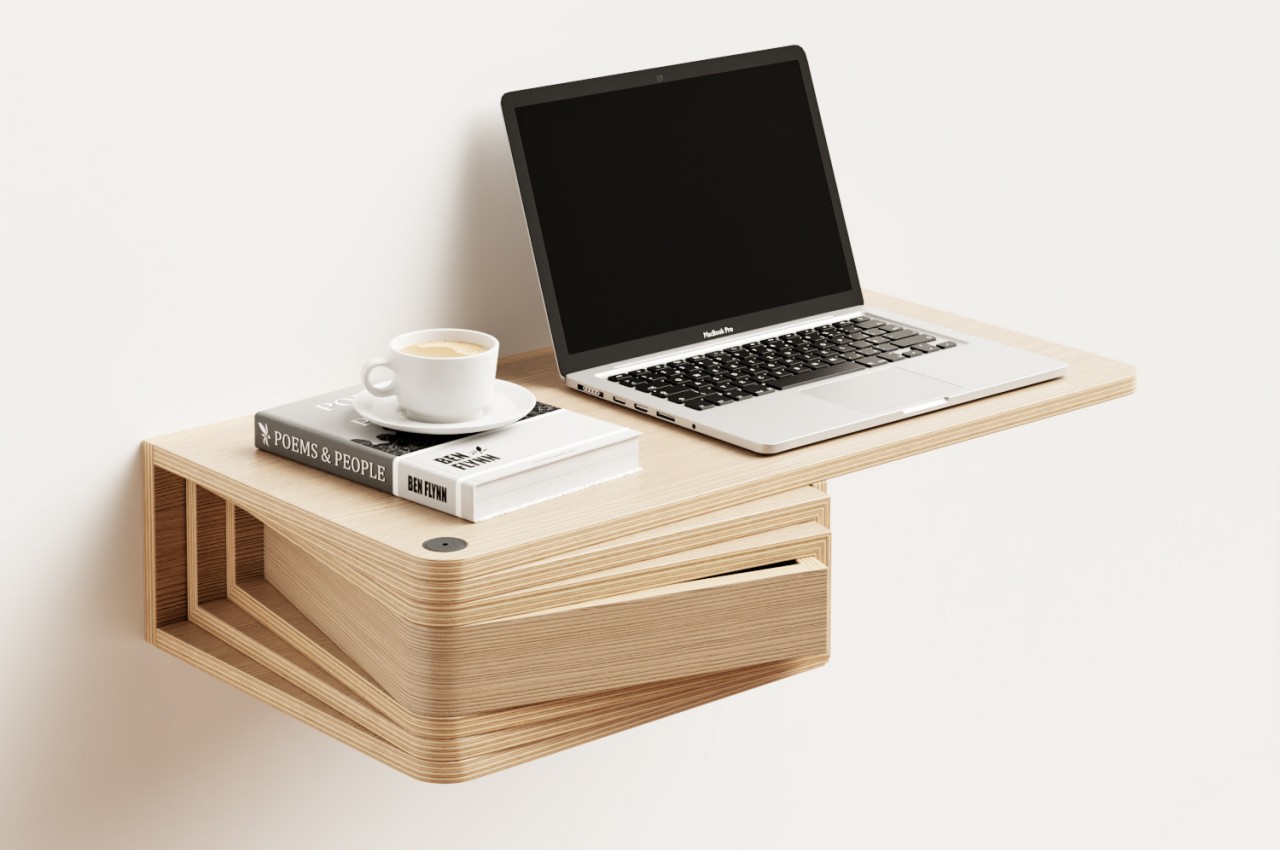 The Matryoshka doll has become a common design pattern in many products, particularly because of its ability to inconspicuously hide parts of the same shape inside itself. That multi-layered construction is a great way to save space while also providing some flexibility in terms of functionality. It can’t be applied to all designs, of course, but some creative thinking can really go a long way in creating something unique and impressive. 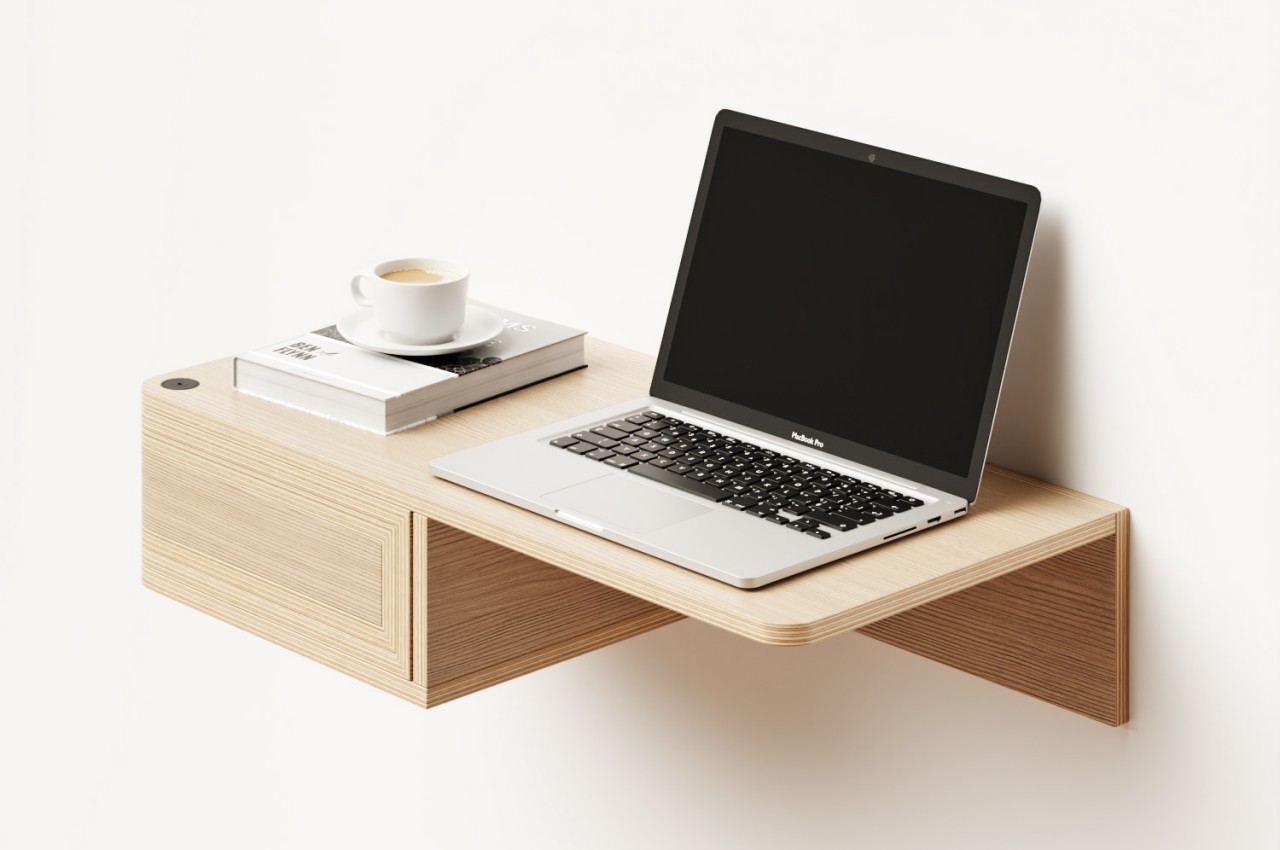 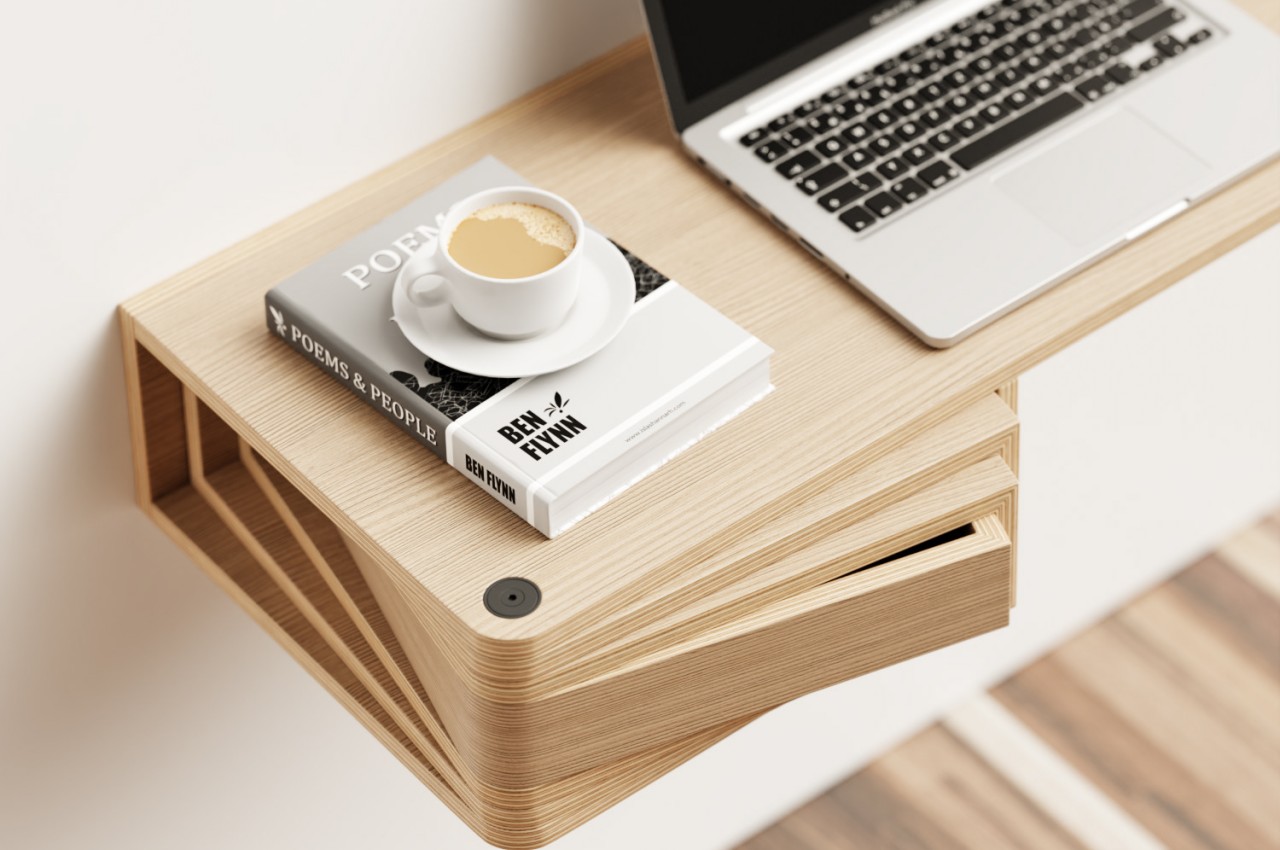 This Revolver desk concept is one such example. In its “closed” state, it looks nothing more than a wall-mounted floating desk with a rather bulky drawer on the left side. It actually looks quite attractive in itself with its minimalist wooden design. The real interesting part is when you swivel the “drawers,” extending the very space of the desk itself. 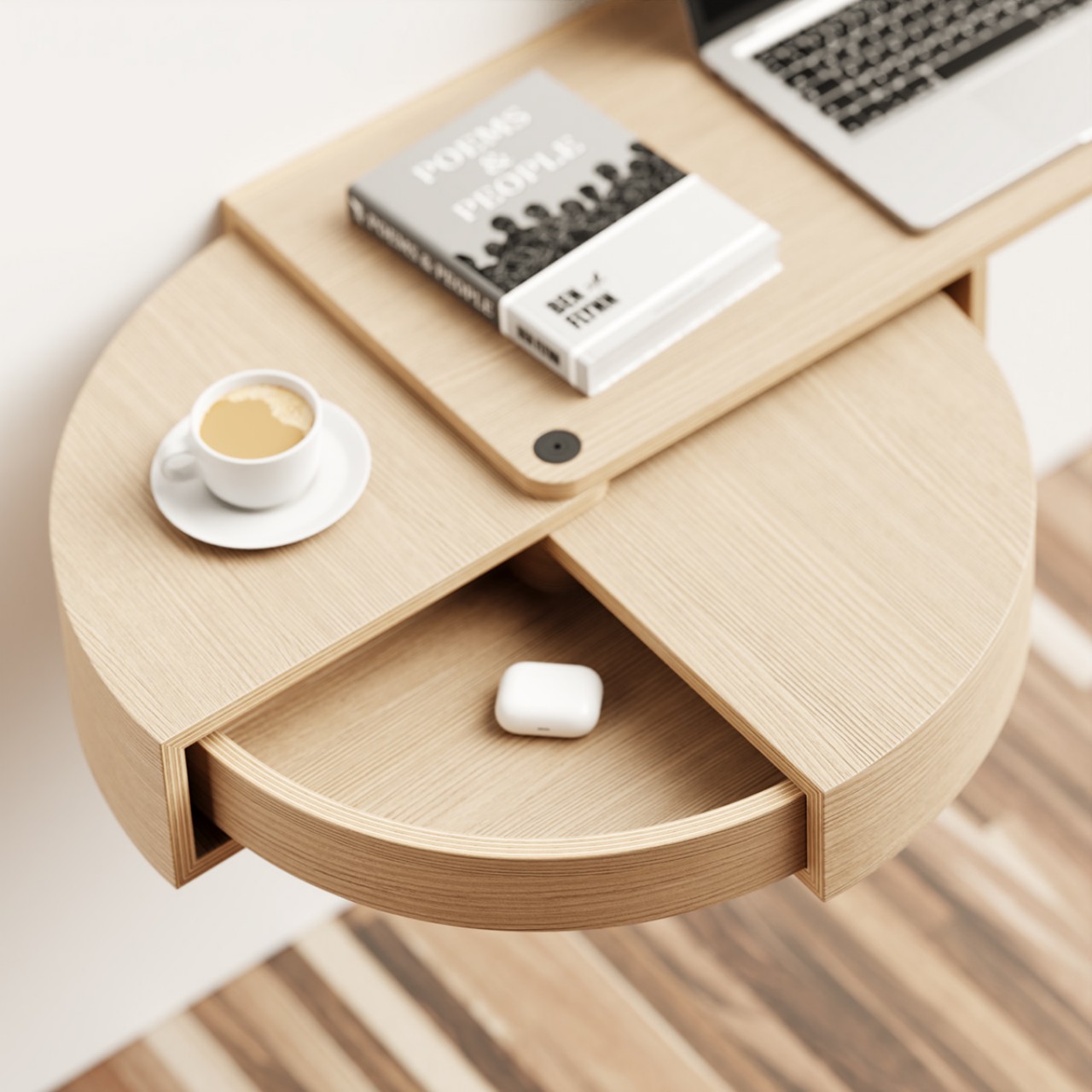 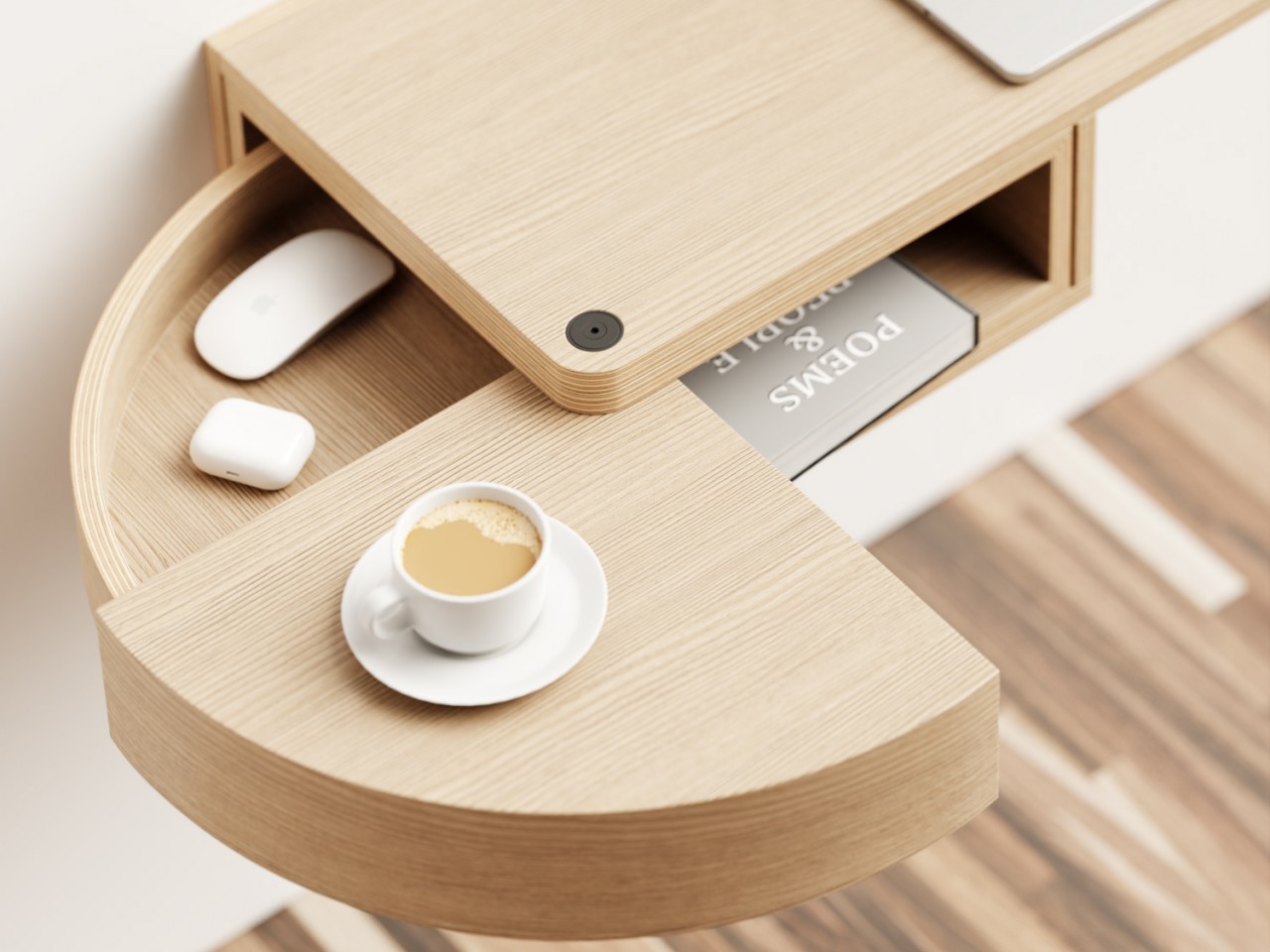 These drawers are actually three triangular wooden compartments that swivel out like a fan. All except the innermost part are hollow, so they can nest inside each other like that aforementioned Russian doll. That innermost compartment has a wooden bottom, so it can be used to hold items like phones and accessories. You don’t have to remove them either when you “close” the drawers since they’ll all be sitting inside no matter what. 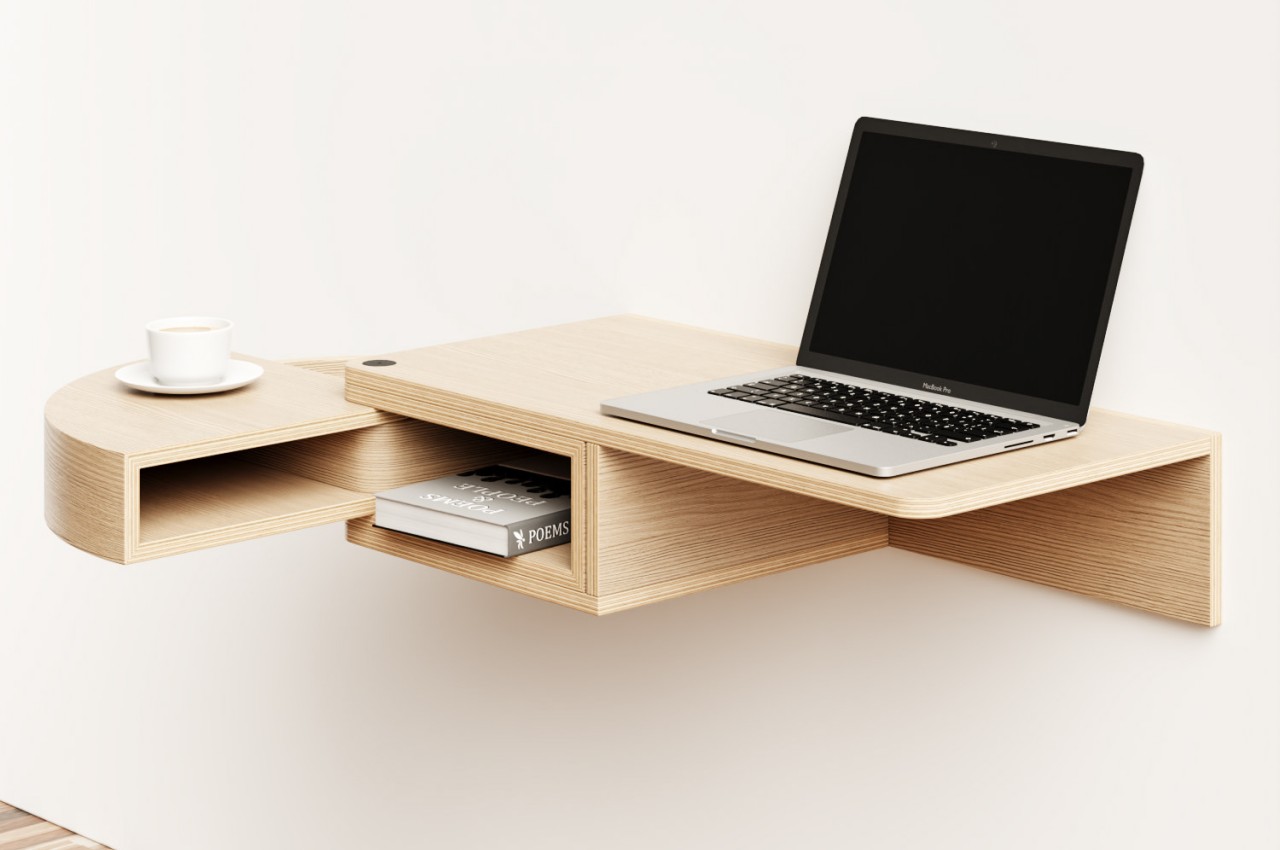 The other parts are like shelves for books and papers, items that you might take out when the work is done for the day. Depending on how you move these drawers, however, you can actually form an extension of the desk’s surface itself, though it won’t be on the same level. The important detail is that this extension’s configuration can be changed at any time, presuming there’s nothing inside those to block their movement. 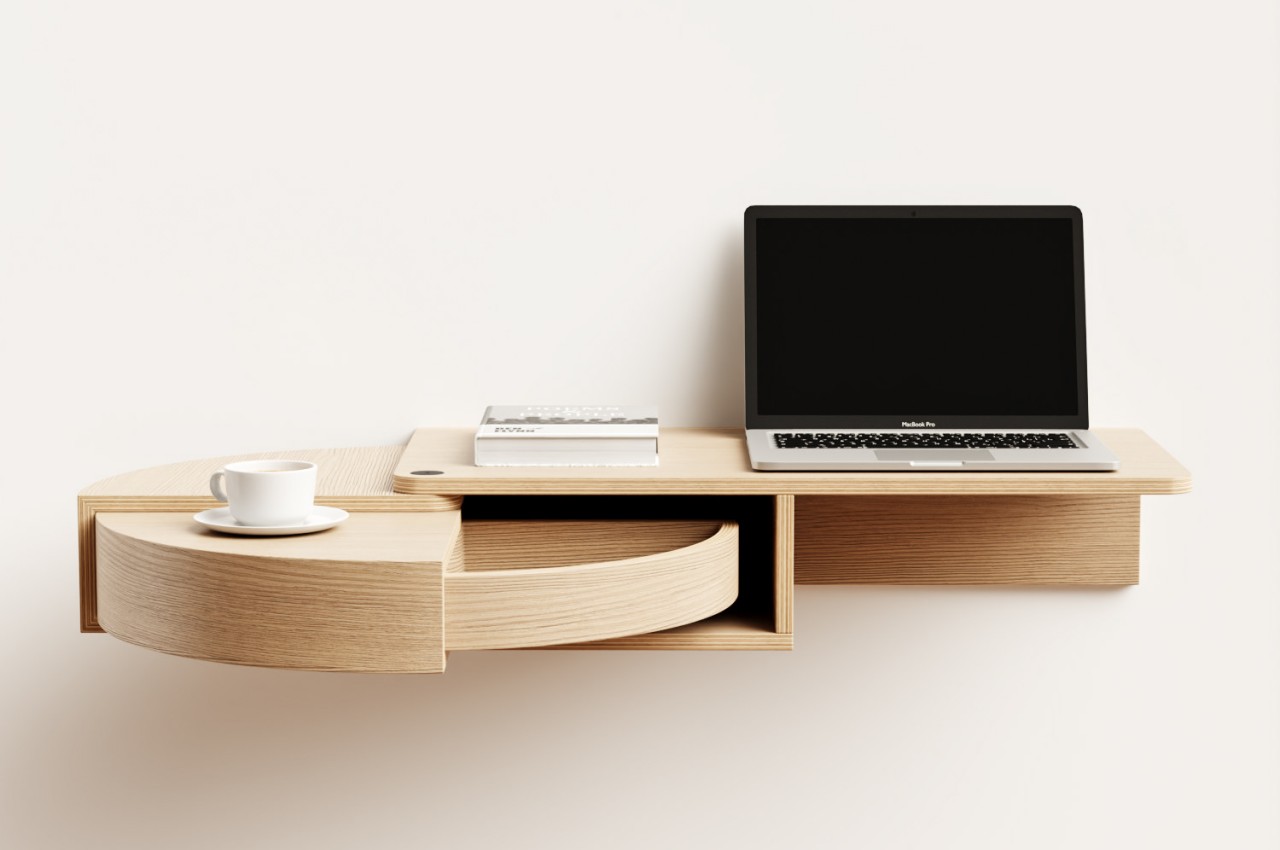 The Revolver desk concept is interesting both visually and functionally. It almost has a whimsical character to it in how its drawers swivel around to provide more space than you initially see. Unfortunately, the design is fixed in one orientation only, with the drawers on the left side, though it’s not hard to imagine right-handed options being made using this design. 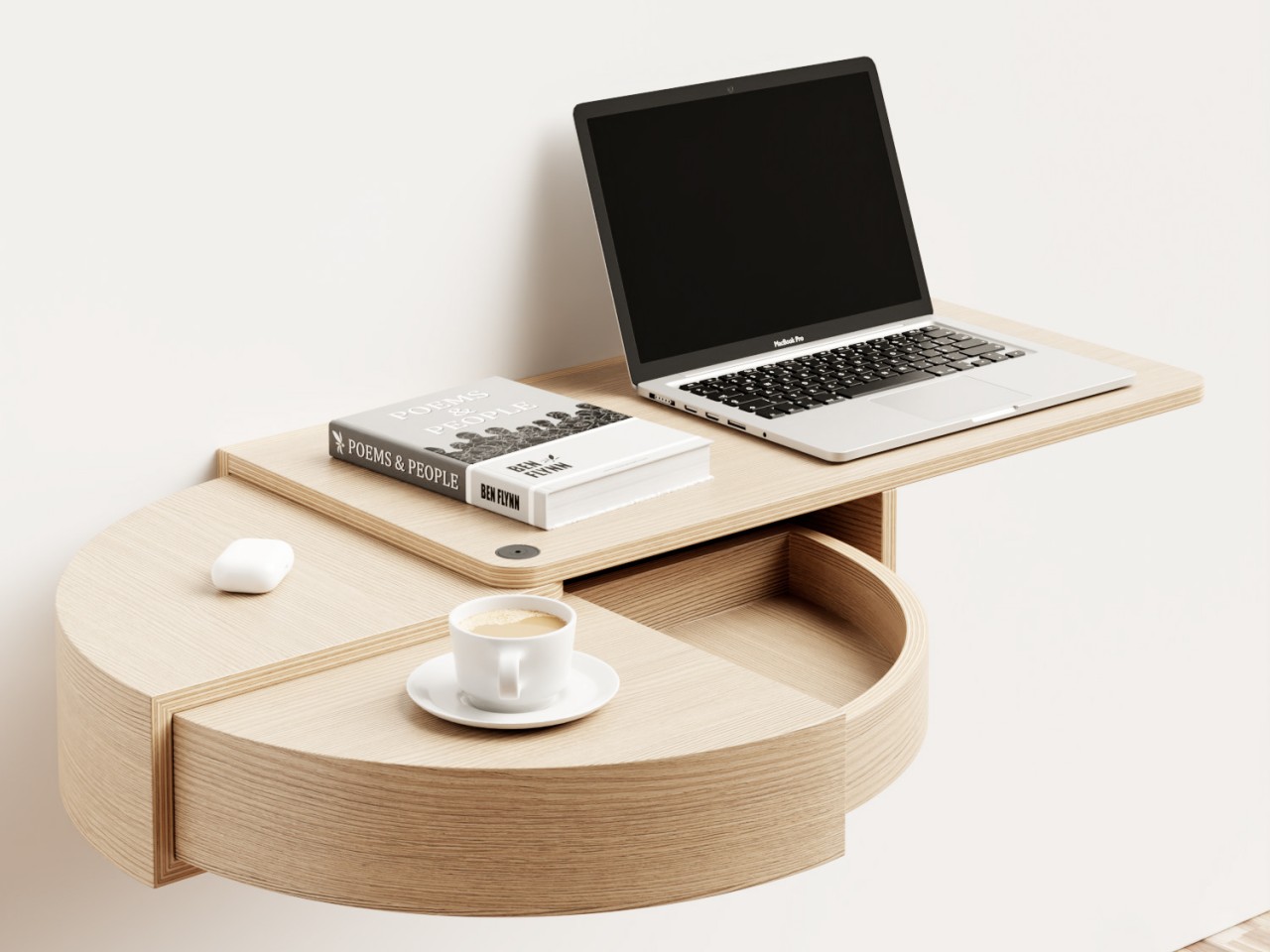 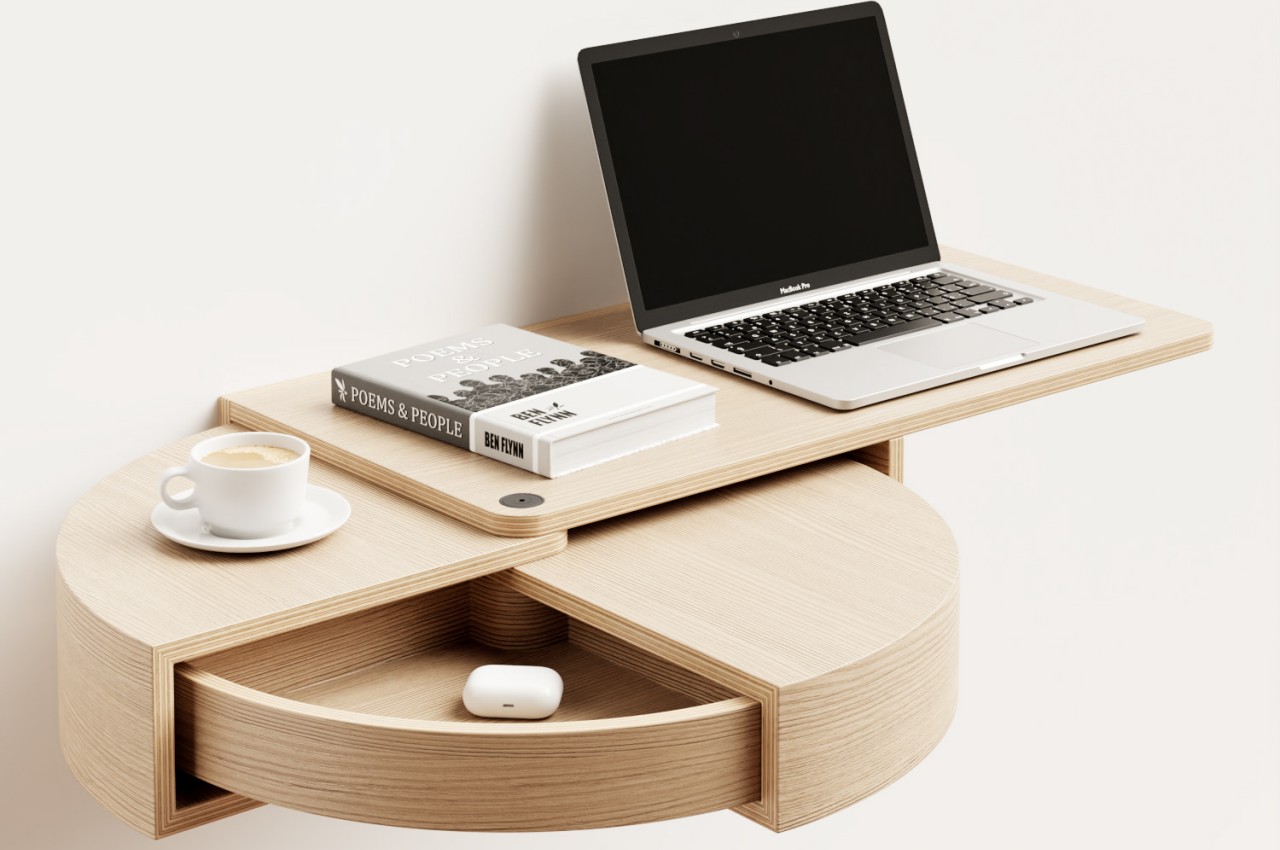 Unique in design and in set-up, the Frame Sofa comprises three components and can be assembled in three steps. An outer frame holds the sofa…

There have been a lot of studies, mental health infographics, and memes that tell you to not take your smartphone or any other device to…