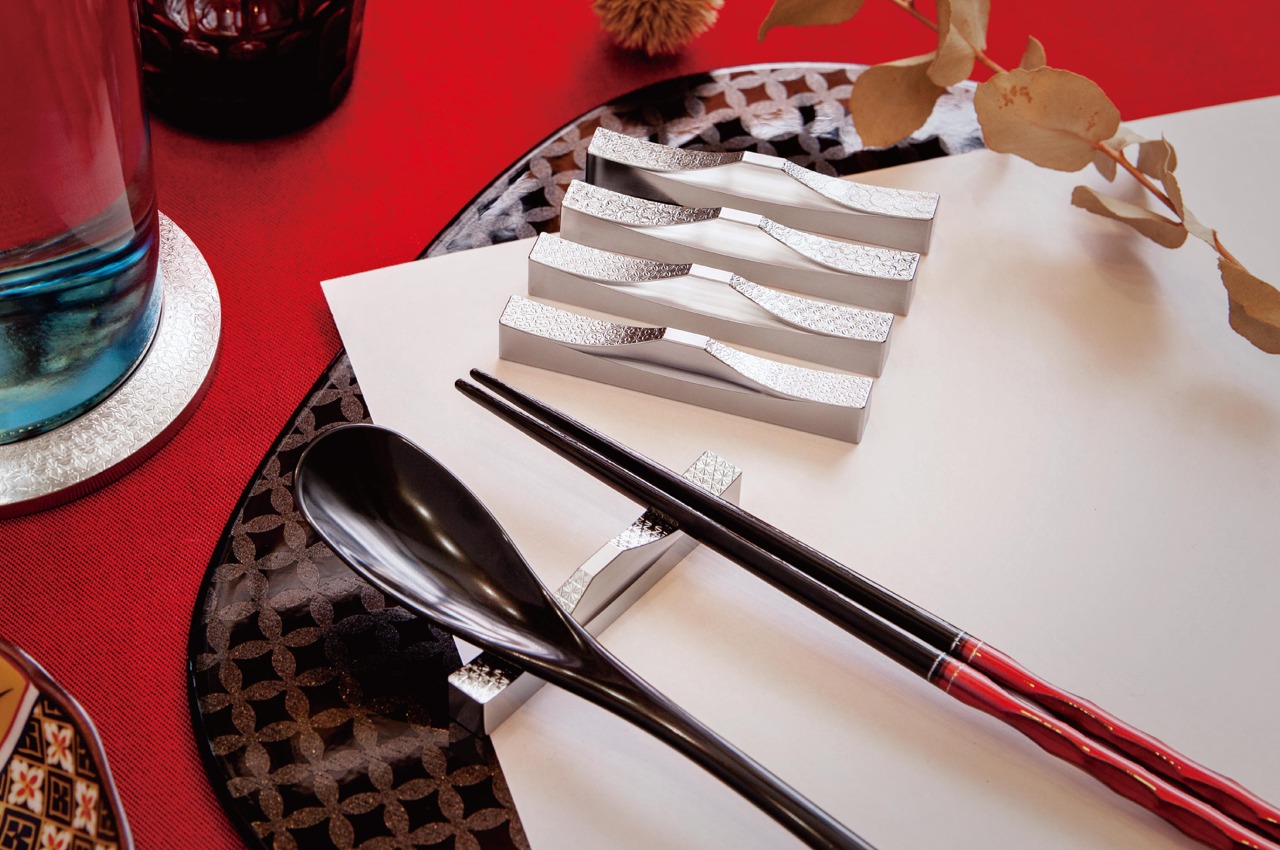 You have the perfect spread for a fine lunch or dinner with your fine tableware and luxurious silverware. Your linens are clean and carefully pressed, and the scrumptious meal is proceeding perfectly. But then a moment comes when you or your guests have to put down their knives or forks. Maybe you just need a break, or maybe you need to switch to a spoon or other cutlery. Putting down this used cutlery, especially when they’ve been used on sauces or oils, could ruin the atmosphere or, at the very least, your tablecloth. That’s when you’d probably wish you had a way to keep that from happening, and this beautiful cutlery rest is such a solution that not only preserves your table but even adds elegance to your setting. 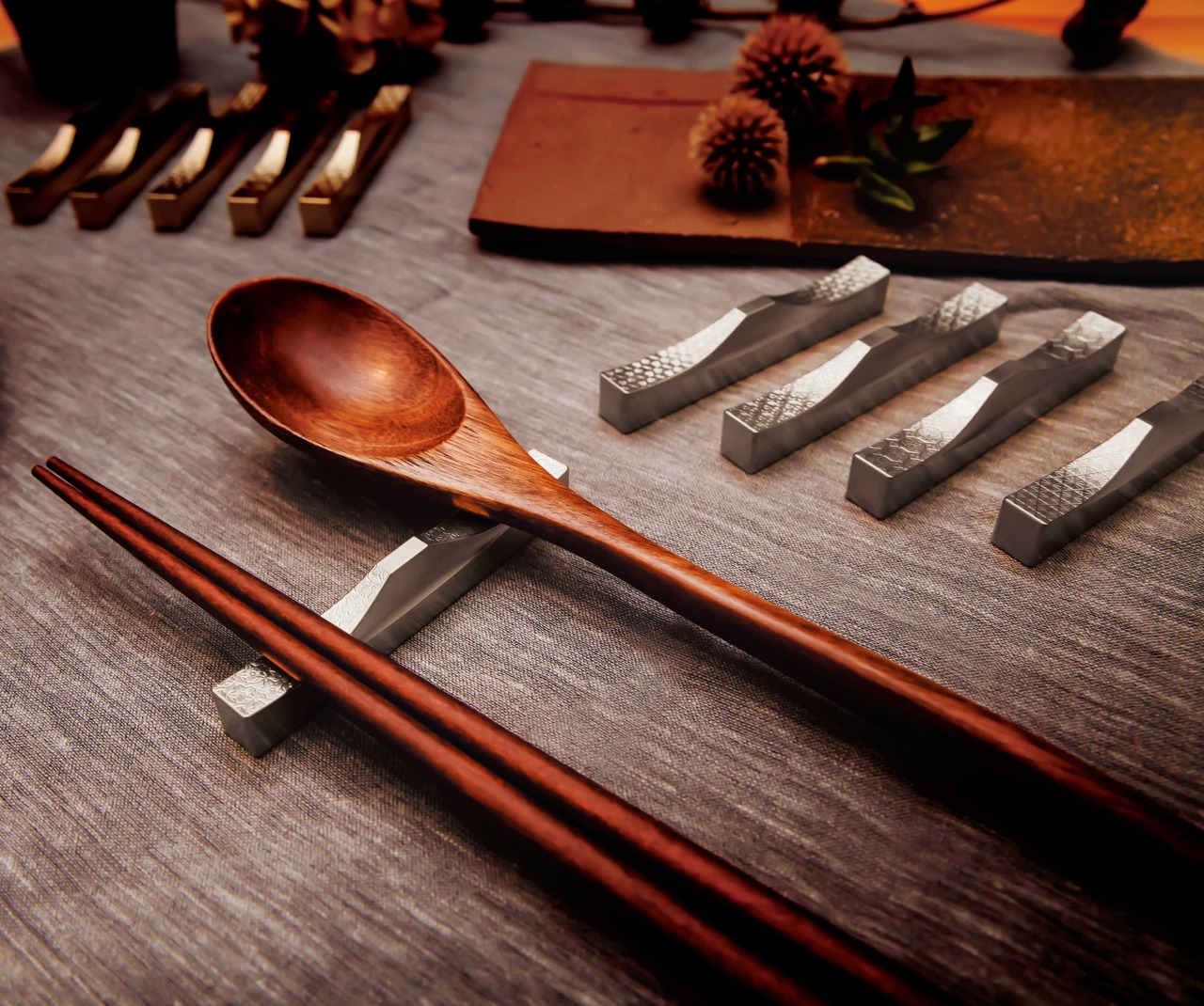 Cutlery rests are admittedly not that common in many cultures, but they are also critical in others, albeit going by different names. A knife rest is probably better known in Europe, while chopstick rests are in wide use in East Asian countries. Whatever incarnation or name they come in, their purpose remains the same. They elevate cutlery so that they don’t touch the table, preventing ugly stains as well as keeping the cutlery clean. 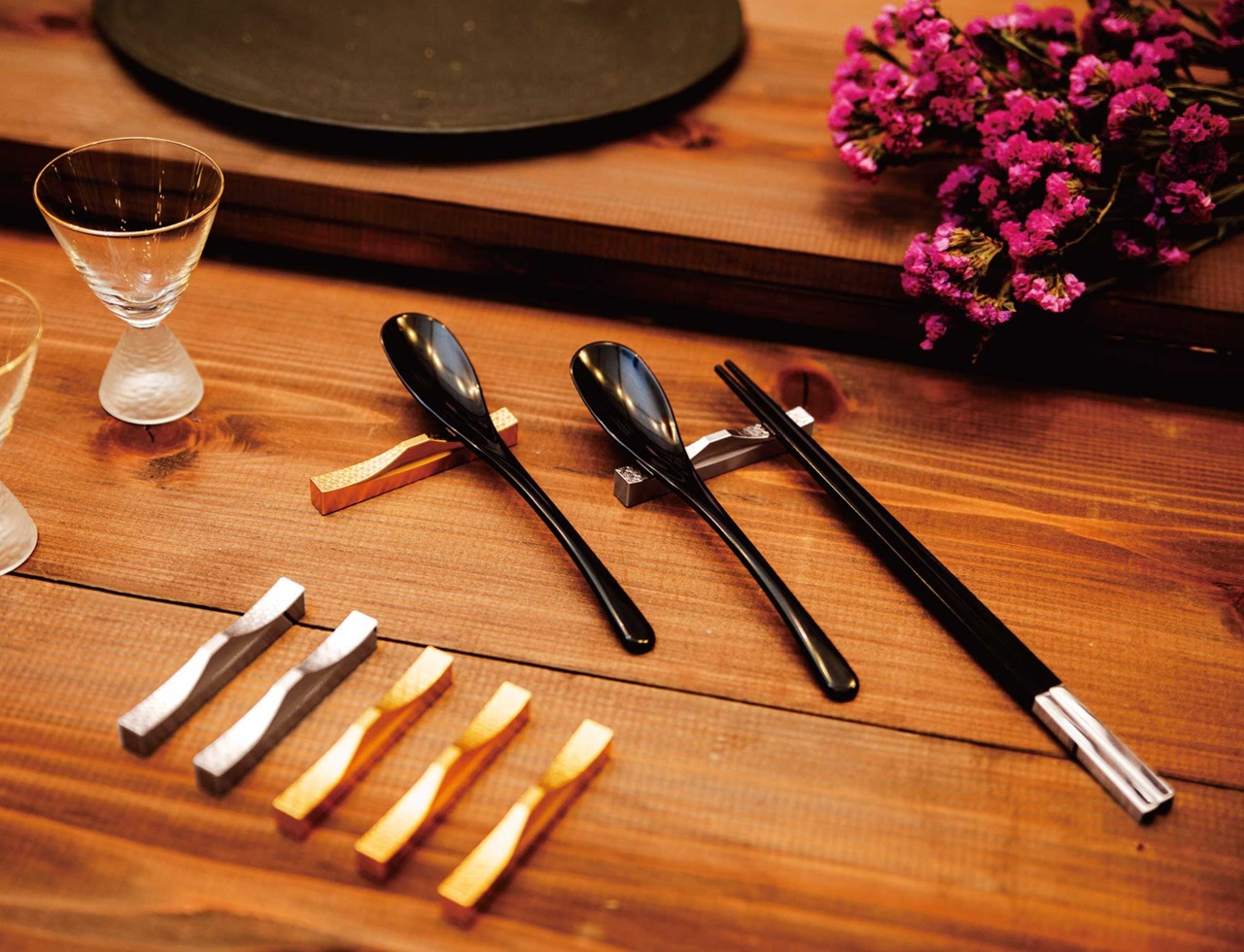 These rests come in all forms and designs, and they can be as simple as a block of wood or as ornate as fine metalwork. These Itadaki cutlery rests combines those two elements, presenting a lavish metal accessory that embodies both simple forms and elaborate engravings. The rests don’t merely stand as luxurious tableware accents but also as a testament to fine craftsmanship. 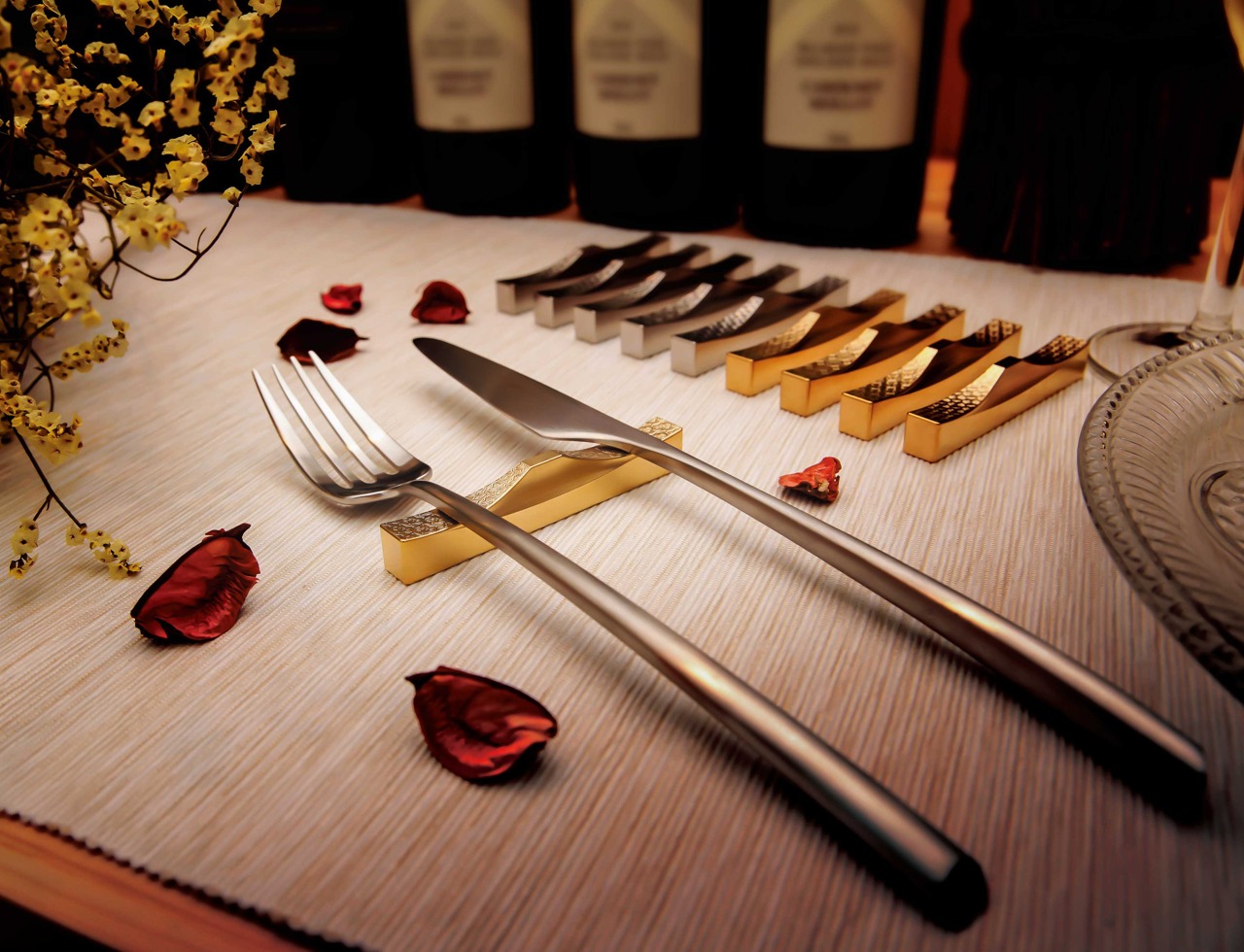 Rather than just a flat block of metal, this Japanese-inspired cutlery rest slopes upward toward the middle, ending in a flat stump at the peak. Although the actual mountaintop doesn’t end that way, this form is largely inspired by the country’s most iconic summit, Mt. Fuji. It’s also not by coincidence that the curves produced by these slopes are perfect for laying forks, chopsticks, knives, or spoons to rest. 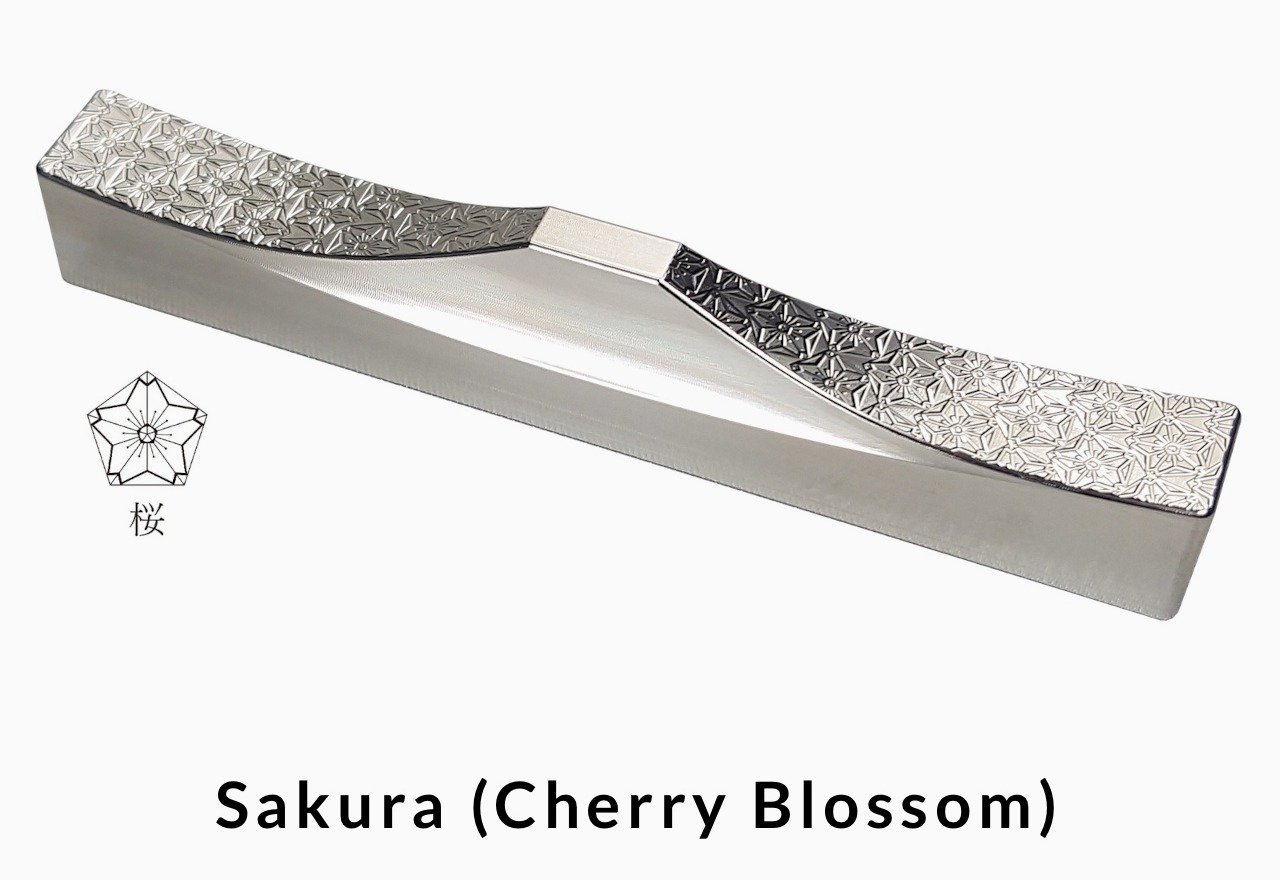 Carved in incredible detail at the micrometer (1/1,000 mm) level, and shifts in appearance ever so slightly depending on how the light hits it. 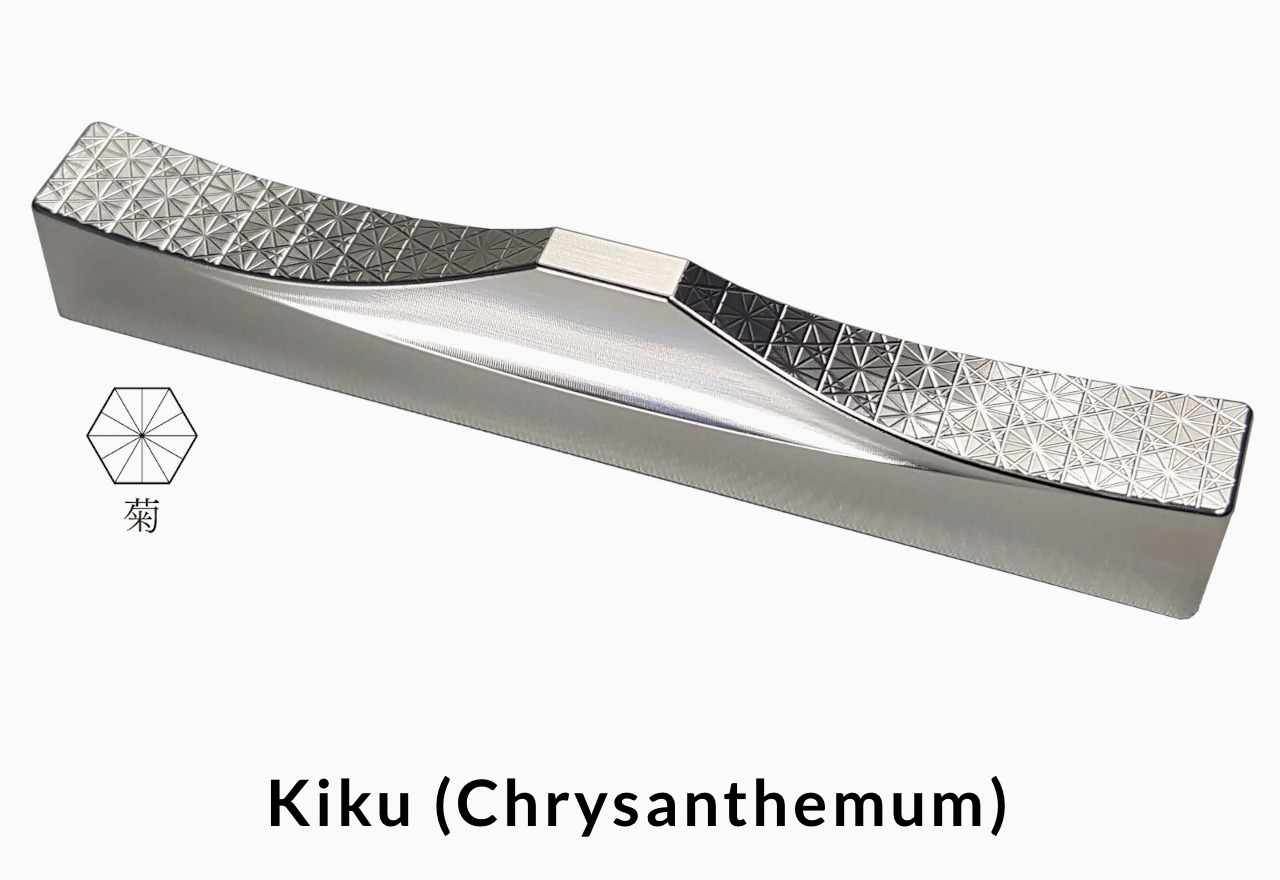 The association of the rest’s shape with Mt. Fuji might be lost on all but the most discerning observer, but patterns engraved on its surface will definitely call to mind some of the country’s symbolic flora. From the well-known sakura or cherry blossoms to plum blossoms and chrysanthemum flowers, the cutlery rests represent Japan’s seasons that yield these beautiful flowers. They also give the etched surfaces a bit of texture so that silverware don’t simply slide off, making the rests pointless. 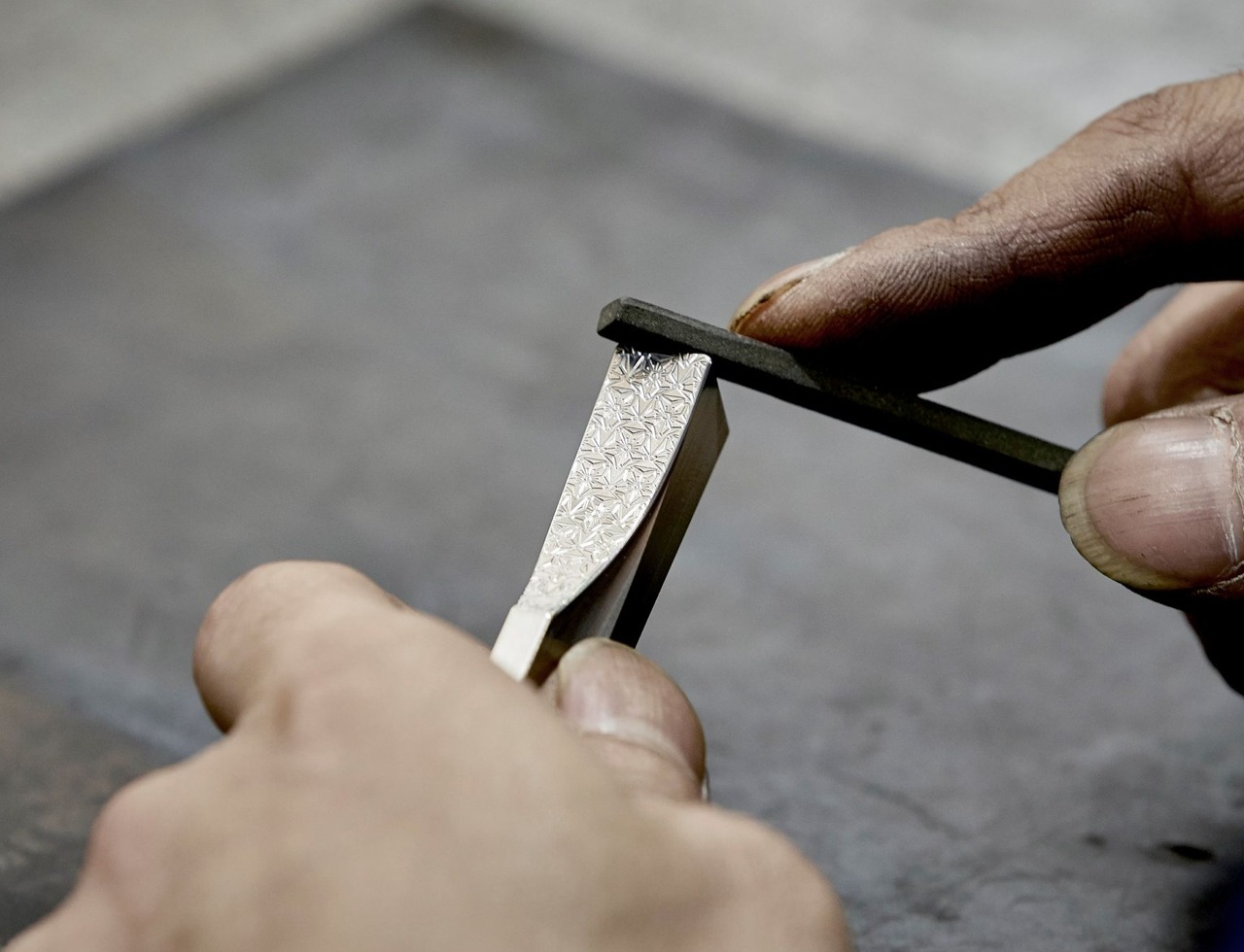 The cutlery rest is an homage to Japanese craftsmanship in more than just its design. Each piece is cut from a stainless steel block by changing the thickness of the blade at different parts of the process. Each rest is then carefully polished by hand to give it its sheen. Just like the word “itadaki” itself, this cutlery rest represents the summit of tableware, made with care to also take care of your cutlery, your table, and your guests.

The iPhone for Dreamers

Yes yes, I know you’re going to lambaste me for showcasing a completely unreal iPhone concept, but hey, this isn’t the first. The iPhone Essence…

Microsoft built the headphones that Apple should have made years ago

It’s frankly surprising that Samsung owns Harman, and Apple owns Beats, but neither of the superbrands has ever built a proper pair of headphones. Yes,…

Power to the Pouch

Currently available in the UK and Hong Kong, the Philips PowerPouch DLP7003 is a slim and elegant 7,000 mAh power bank for the Apple iPhone….