More than half of the world’s population lives near a coast… and while that fact is pretty interesting on its own, it also leads me to my next point – near-shore activities generate tonnes of waste that end up either affecting the marine wildlife around the coast, or just end up ruining coastal areas when waste gets washed ashore. The Shield, designed by Zeteng Yan, hopes to contain the problem before it gets out of hand. Designed as individual floating stations that could be deployed in large numbers along a coastline, the Shields help collect garbage by using the ocean’s waves to propel trash into their collection chambers. It runs entirely on tidal energy, making it a sustainable zero-emissions solution to our waste problem. 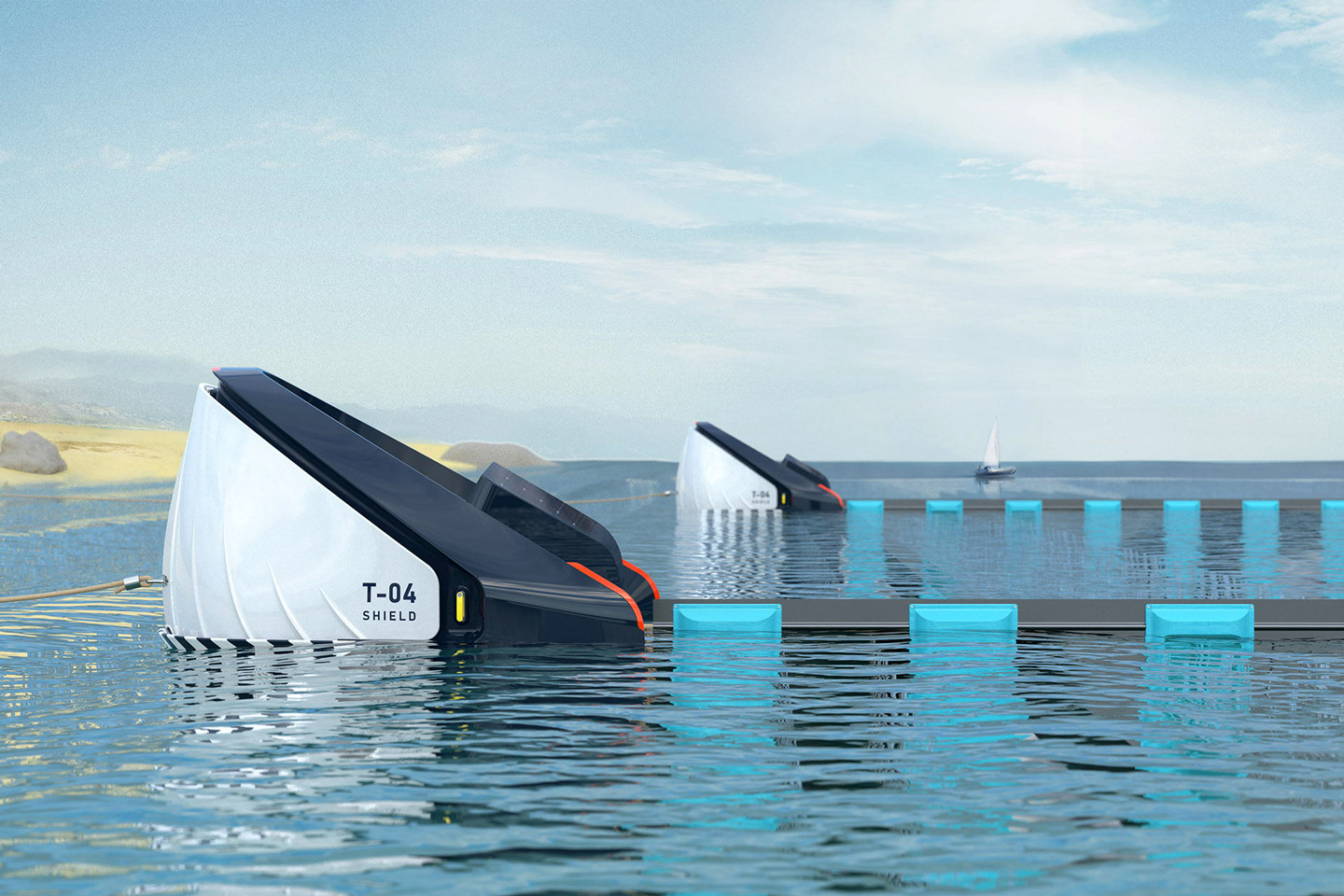 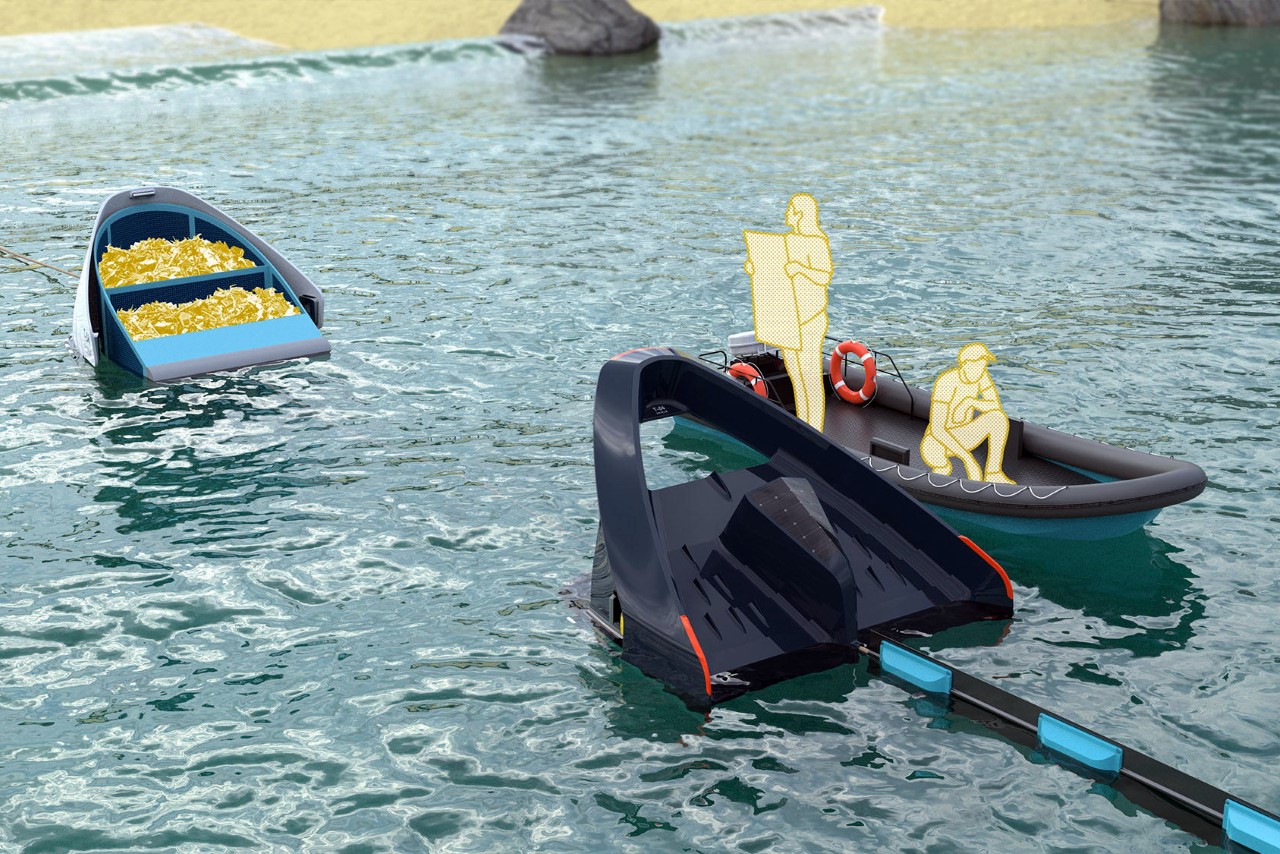 The shield is connected to the shore via a rope, while its frontal module has a floating line going right out into the sea. This helps position the Shield better for improved efficacy. The way the Shield works is simple and quite ingenious. Water crashing against its V-shaped surfaces pushes any possible waste right into the Shield’s open mouth. Two cavities (one on the top and one at the bottom) help the Shield collect garbage at both high tide as well as low tide. The internal cavity eventually gets filled with trash, and humans can routinely unplug the two modules to collect the trash once it gets filled to the brim. 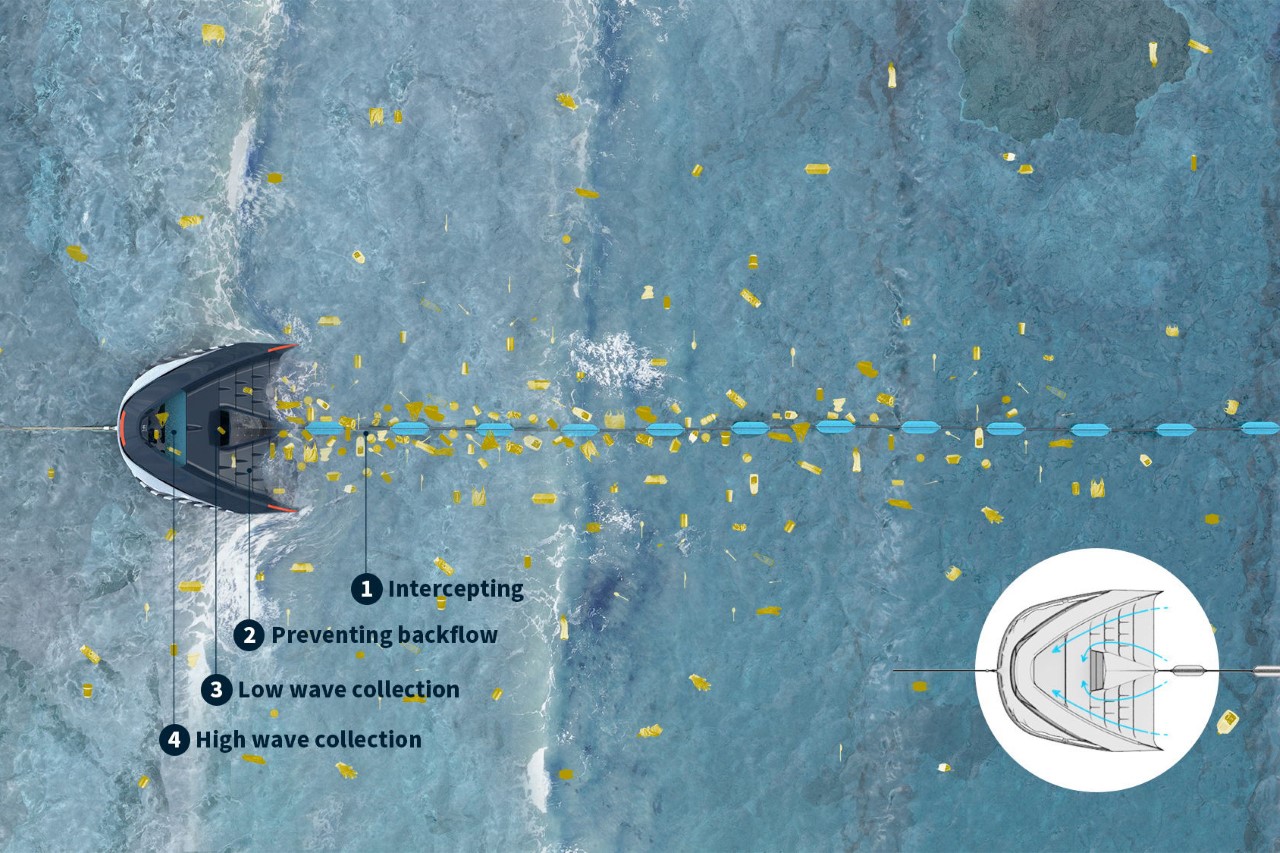 Arriving at the Shield’s unique shape was a big challenge for Yan, as it needed to be both efficient as well as aesthetic. These shields are located well within the viewing range of humans and needed to look visually pleasing, to say the least. Moreover, it was important that the Shield was designed to be incredibly effective too, keeping coastal areas clean of garbage and debris.  To ensure people venturing out into the sea didn’t collide with the Shields, solar-powered lights on its rim helped keep it visible, while also making it easy to locate for trash-collecting teams. If it does somehow break loose, an internal SOS beacon gets activated and the Shield’s GPS location is sent to the authorities.

The Shield runs entirely on renewable energy, using the tide to help trap garbage. It works 24 hours a day, helping take care of our waste problem. It even got a nod from the James Dyson Award, which gave the Shield a National Runner-Up title for the year 2022. 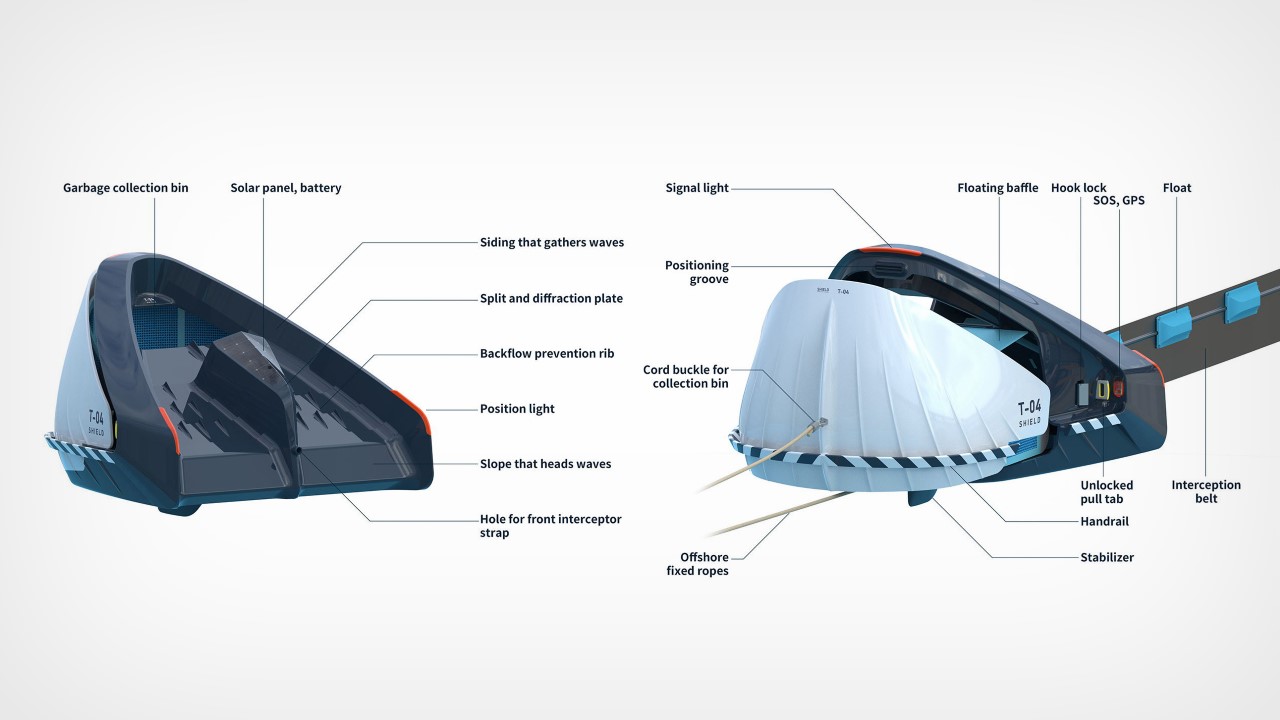 “If we can build a garbage collection and defense system along the coast, its role is like wearing a mask to the coastline, which can not only prevent garbage from entering the sea, but also prevent other non-local garbage from coming ashore”, said Zeteng Yan, who recently obtained a utility model patent for his design. Yan is currently in the process of building out a life-size prototype to test its efficiency and refine its final design. 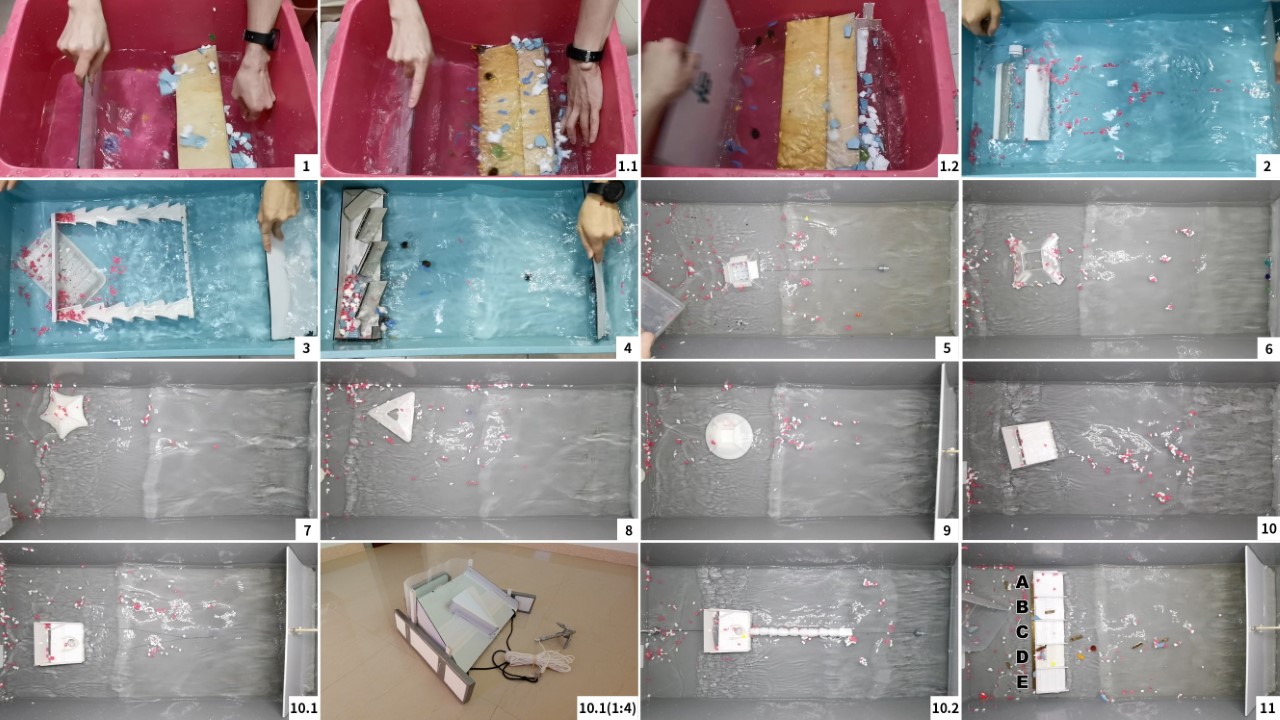 Testing prototypes for the Shield’s shape and efficacy

Tiny Home setups that prove why micro-living will be the next big trend: Part 6

Sustainability has been running on everybody’s mind, ever since the pandemic shook up our world, we’re trying to incorporate sustainability into every aspect of our…

With over 20 million FeNO or exhaled nitric oxide tests conducted worldwide, the NIOX VERO has always been the gold standard in asthma detection and…

This inclusive computer mouse redefines the gadget’s design by working using the wrist, no fingers needed!

Allin is an inclusive, barrier-free mouse that was designed to be ergonomic specifically catering to the needs of amputees and those who struggle to use…