When I first saw the press images of the Ferrari Purosangue, my eyes immediately focused on the prancing horse badges; this car is nothing more than a sleek and sexy-looking sports car without them. Why? Because it’s ludicrous for anyone to believe Ferrari would build an “SUV.” Of course, they’ll deny that this is an SUV or a crossover. Fortunately, before your eyes are Ferrari’s first-ever four-door, four-seater hatchback body style that their customers have been asking for, so as you can imagine, Ferrari had no choice but to build it.

From my standpoint, the Purosangue, which means thoroughbred in Italian, is deep down a Ferrari first, which happens to seat a family of four on a road trip. The new form-factor is unlike any other Ferrari built in the past, including the all-wheel-drive shooting brake. 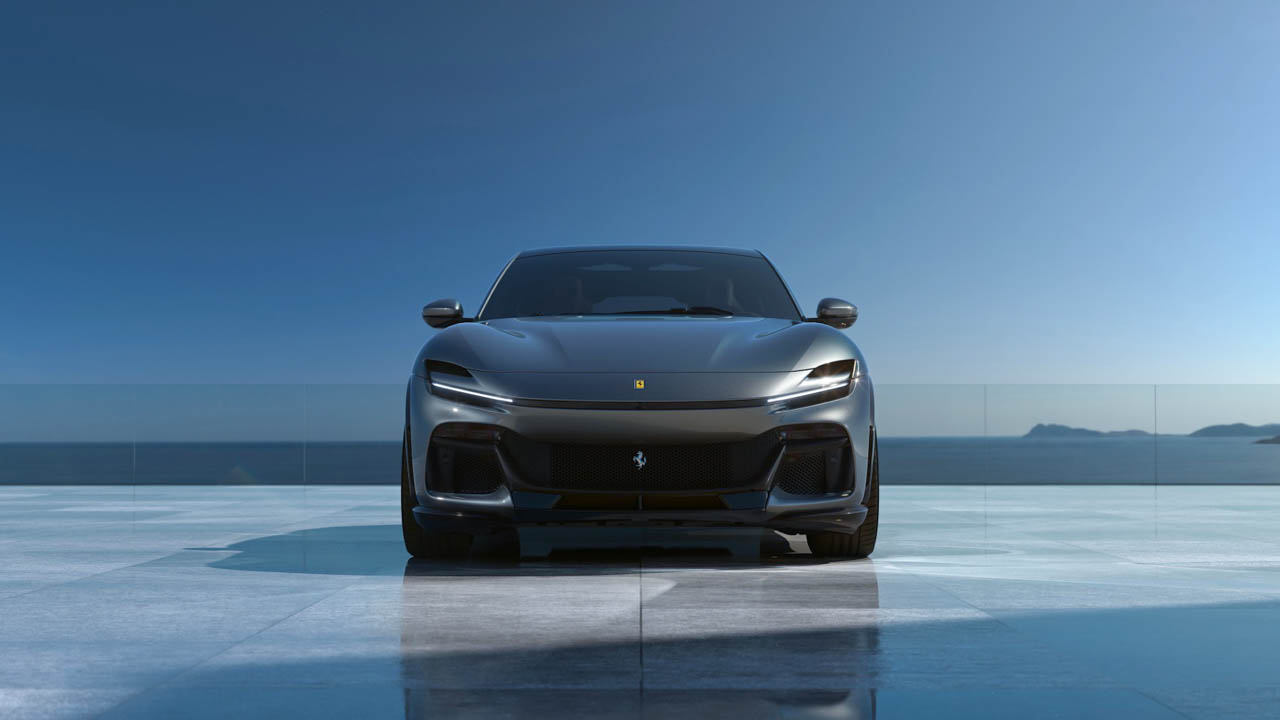 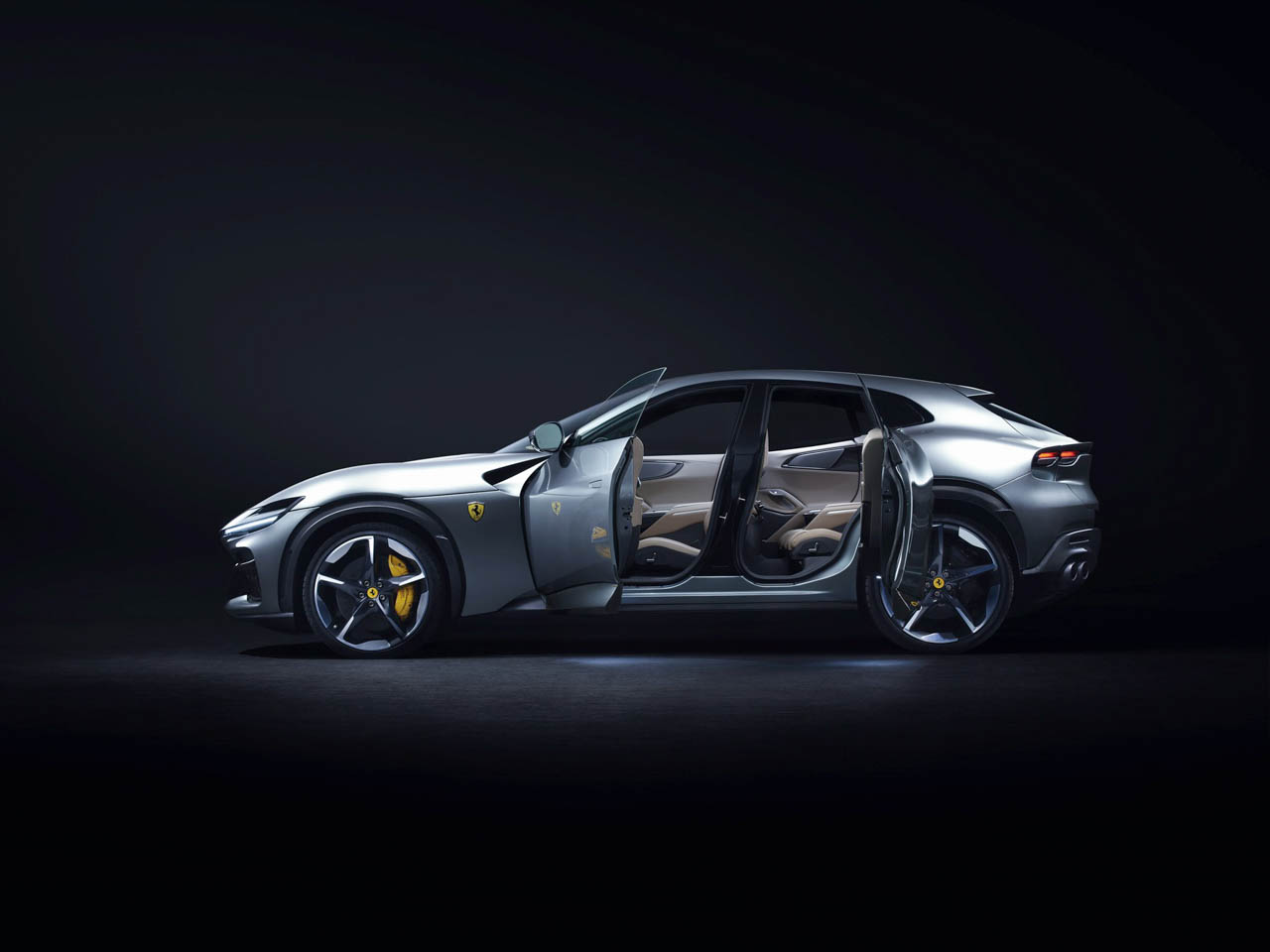 Because the Purosangue is a Ferrari, one can expect nothing less than out-of-this-world performance. It’s powered by the company’s legendary naturally-aspirated mid-front mounted, 6.5-liter V12 engine, sending 715 hp, 528 lb-ft of torque to all four wheels. It’s matted with an eight-speed dual-clutch transmission mounted at the rear axle. According to Ferrari, 0-60 takes less than 3.3-seconds. That’s quick for a 4,600-pound vehicle. 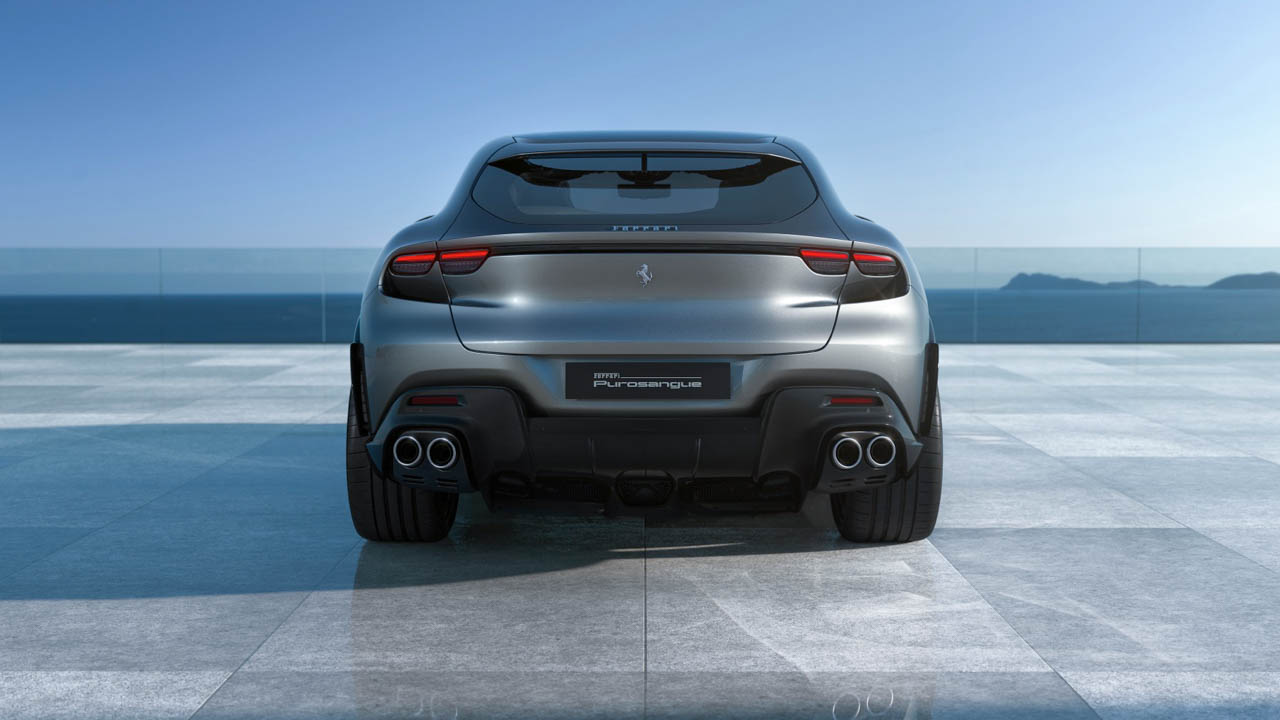 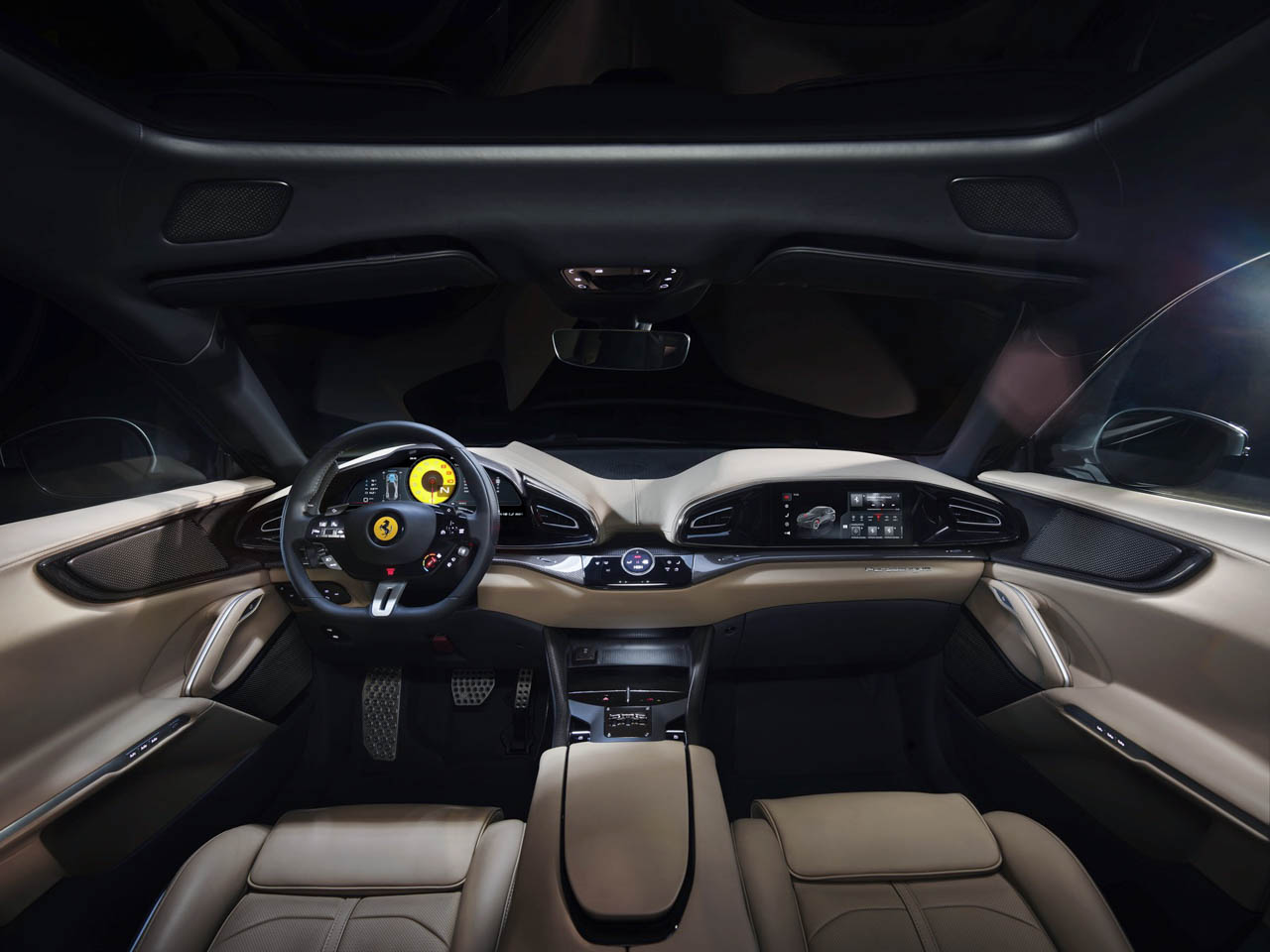 Unlike Lamborghini, Bentley, Audi Sport, and even Aston Martin, rear-seated passengers are treated to easier ingress and egress thanks to the coach doors, a rear-hinged design that opens with a 79-degree swing. This styling is rare in modern times, except for Rolls-Royce. I personally find this element distinctive, showcasing a more inviting style and character. It allowed for a shorter wheelbase while elevating the Purosangue into its class. 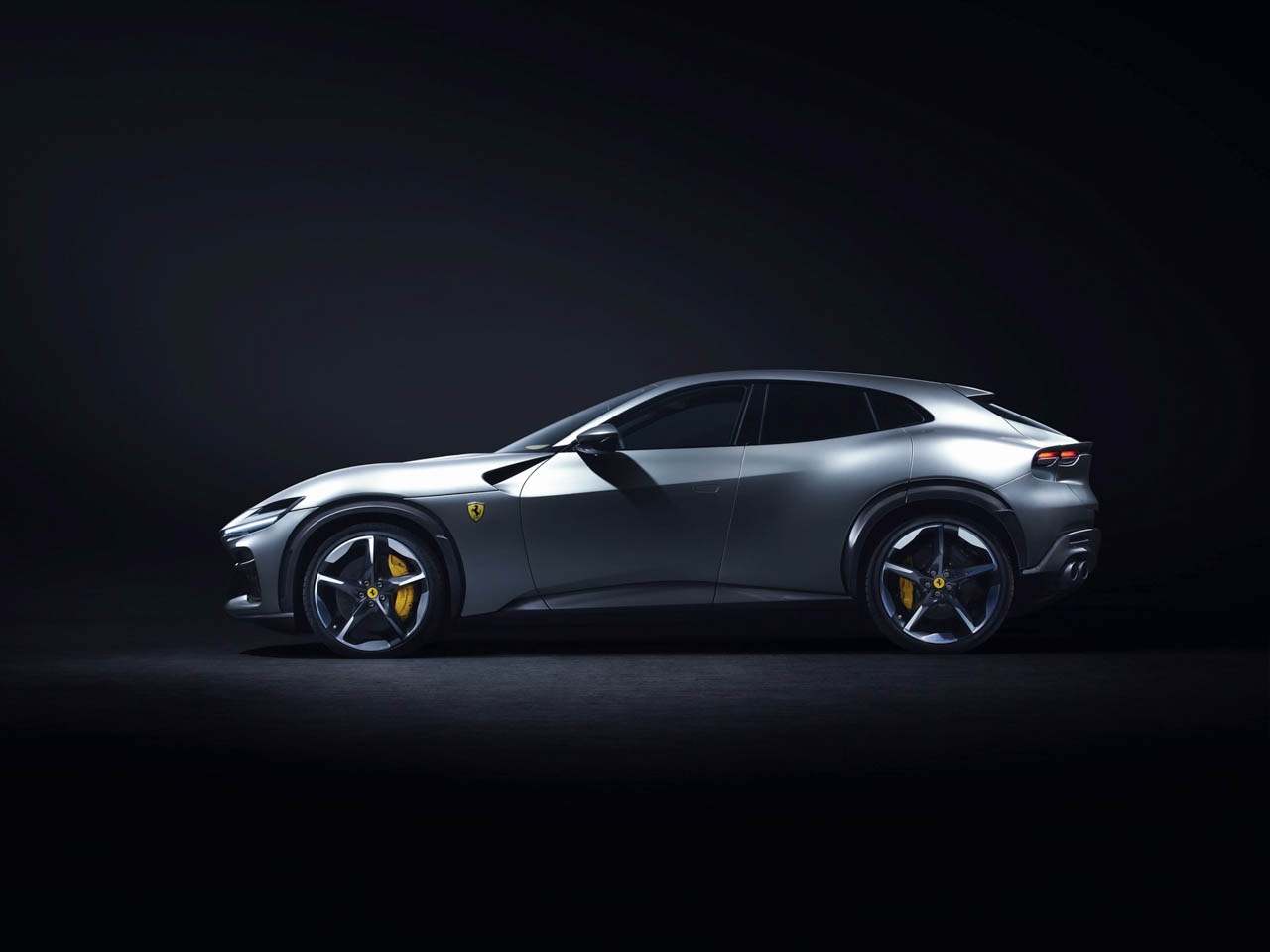 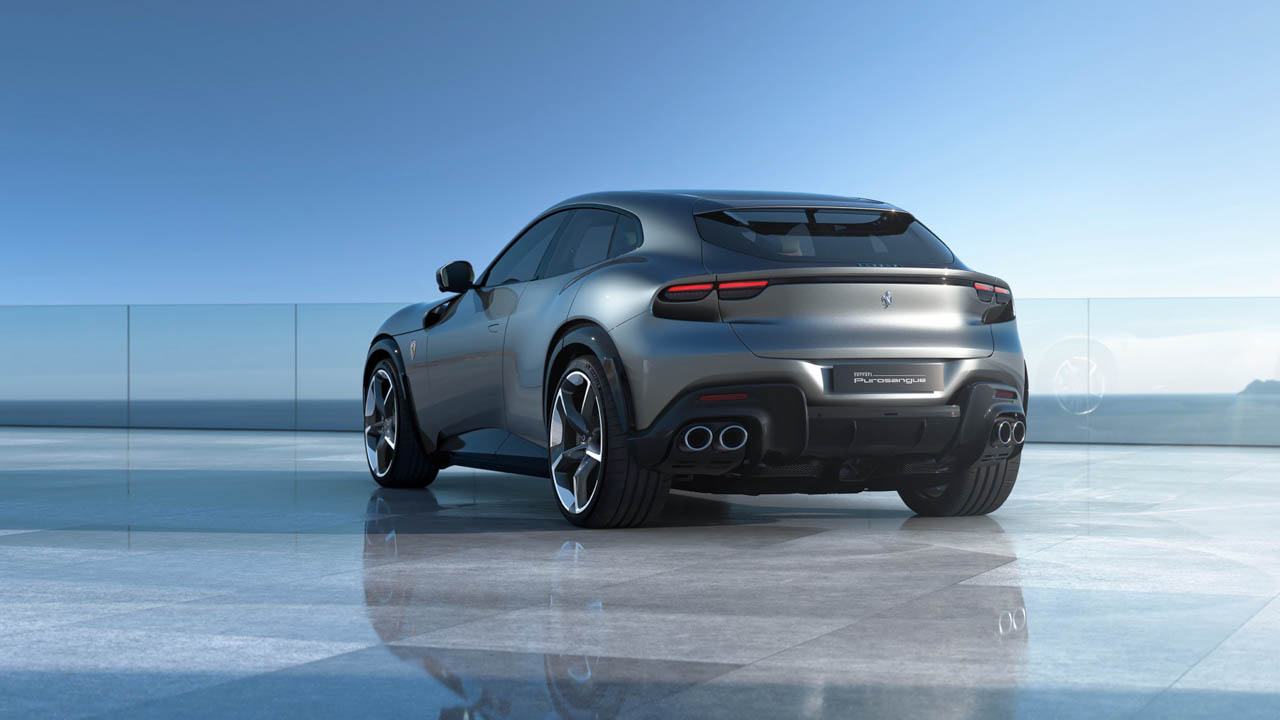 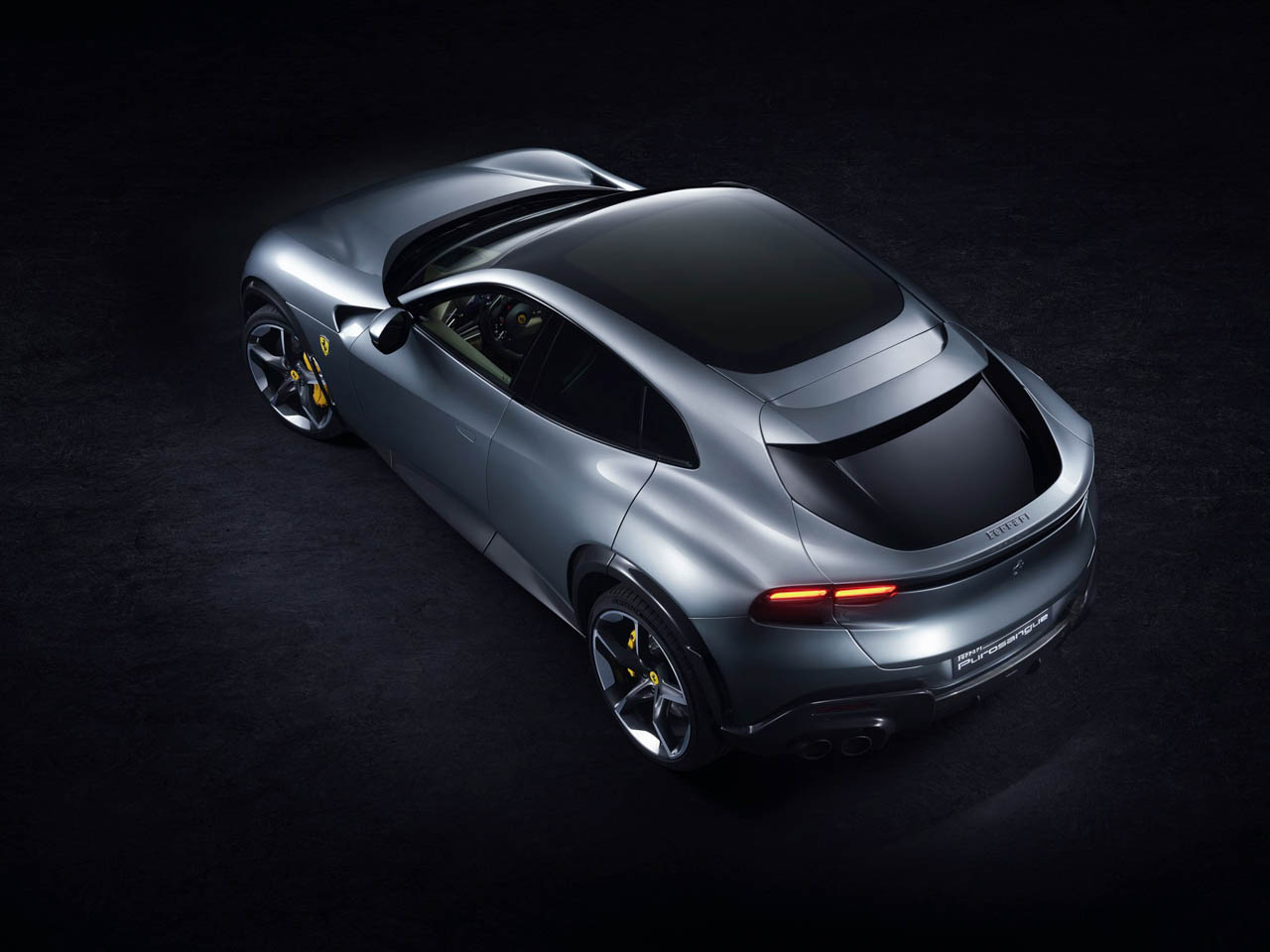 The design elements on the Purosangue scream track-ready, sporting a ready-to-pounce stance from front to back. Starting with dimensions, the length is 195.7 inches, 79.8 inches wide, and 62.6 inches tall. No other Ferrari is even close to the size of the Purosangue. Even so, it’s visually compact looking with curves in all the right places, such as around the wheel arches, allowing for an athletic physique. 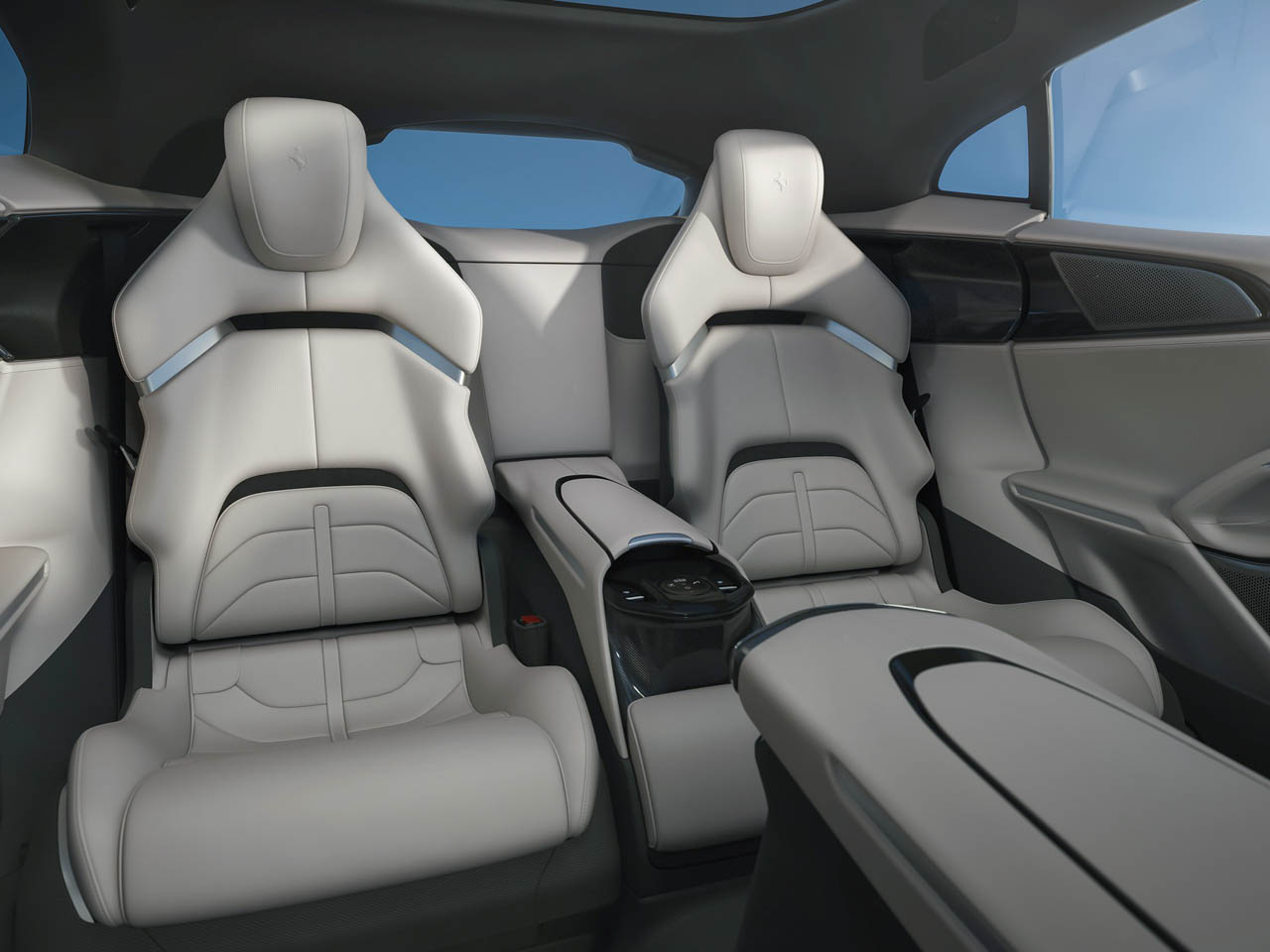 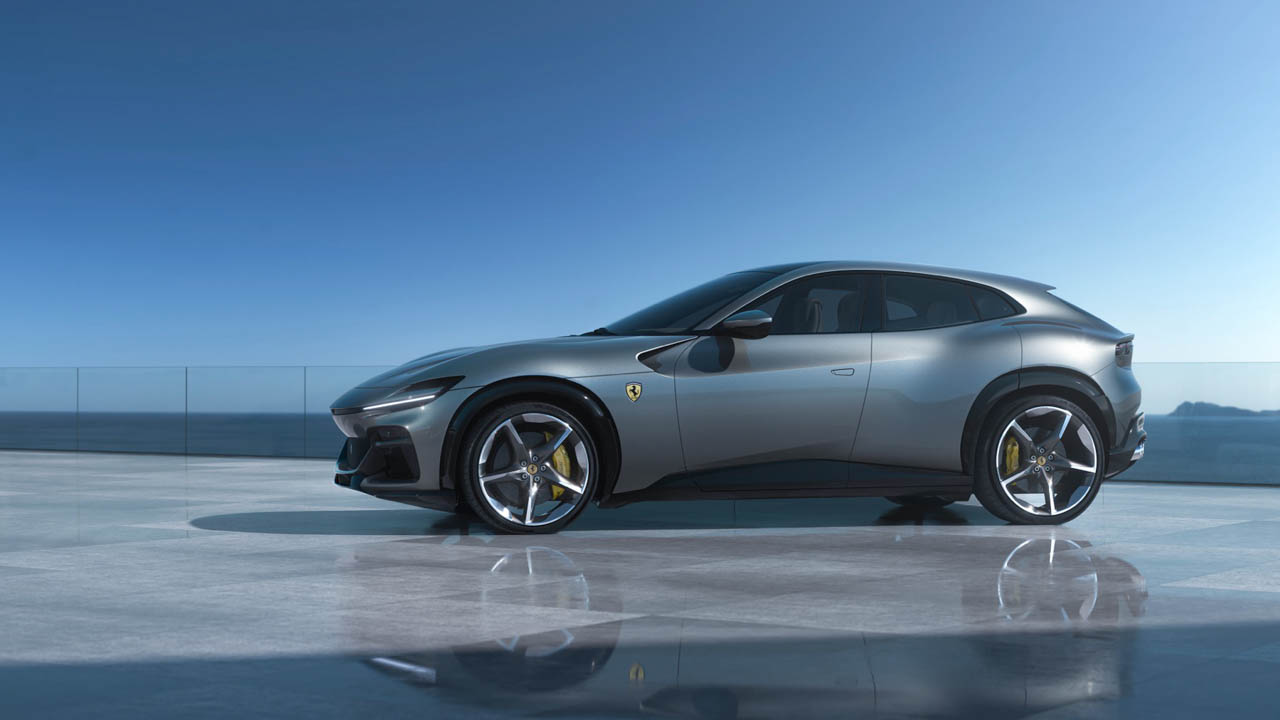 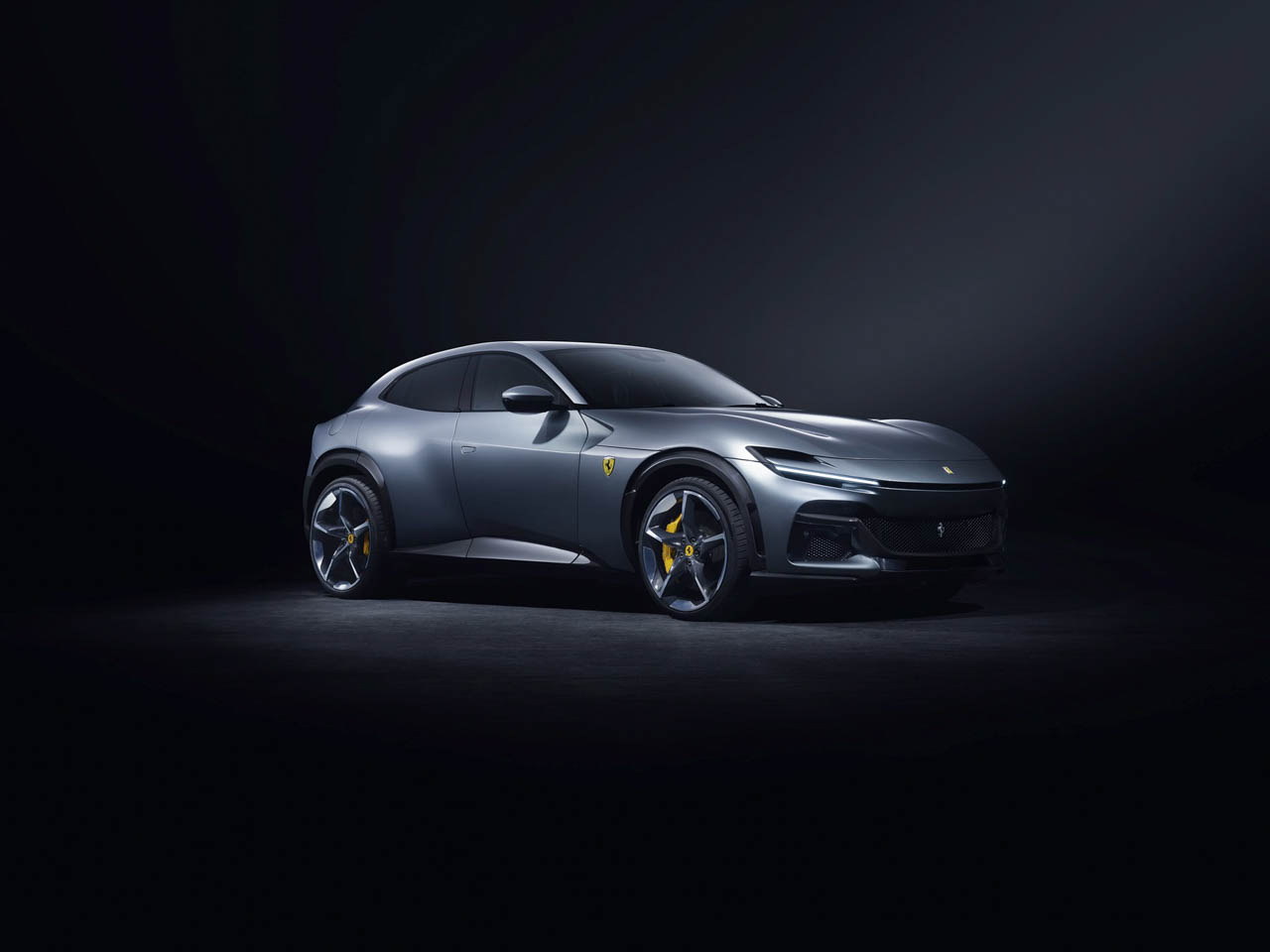 Looking at the front closely reveals the lack of a front grille, replaced by a dihedral suspended on the lower section. The camera and parking sensors are cleverly housed between two shells integrated seamlessly into the car’s shape. The integration of the headlights and daytime running lights which double as turn signals, is set between two pairs of air intakes, melded into the upper part of the flanks. This is by far one of my favorite design elements on the car.

Around the back, this is one of the cleanest rear-ends I’ve laid eyes on, and it’s all good. The diffuser looks great but lends to this clean look while providing downforce. Like other EV SUVs, the rear window doesn’t need a wiper, thanks to the natural flow of air. The rear cargo area measures 17 cubic feet, but the rear seats fold flat to expand capacity. 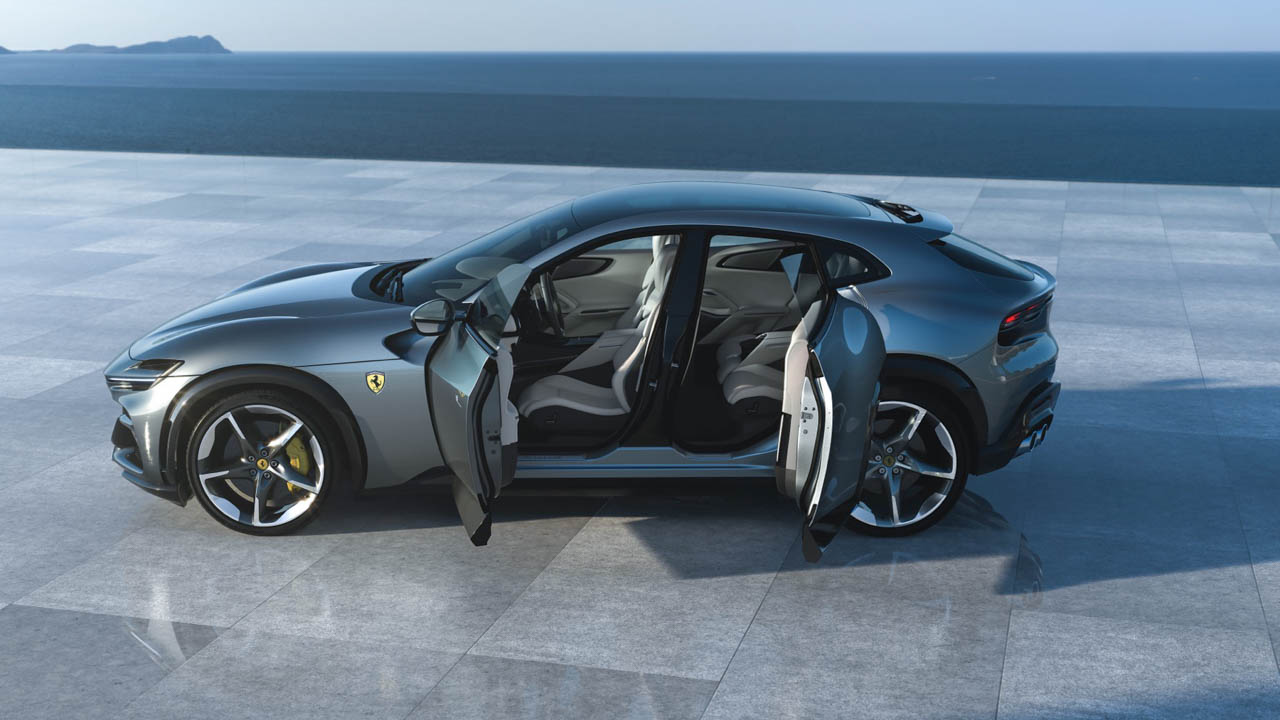 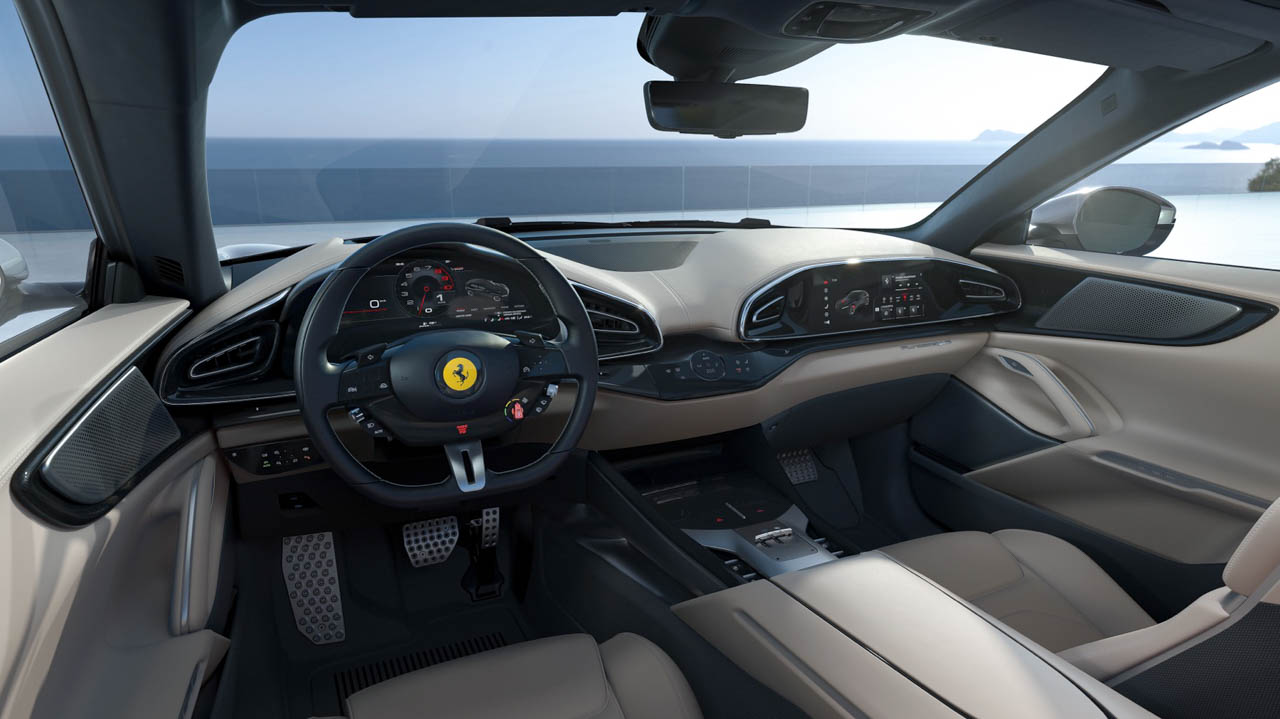 On the inside, there’s a 10.2-inch digital gauge cluster for the driver and a dedicated display for the front passenger. A third central infotainment display would clutter up the space, but I’d personally miss not having it for things like maps or turning the radio. 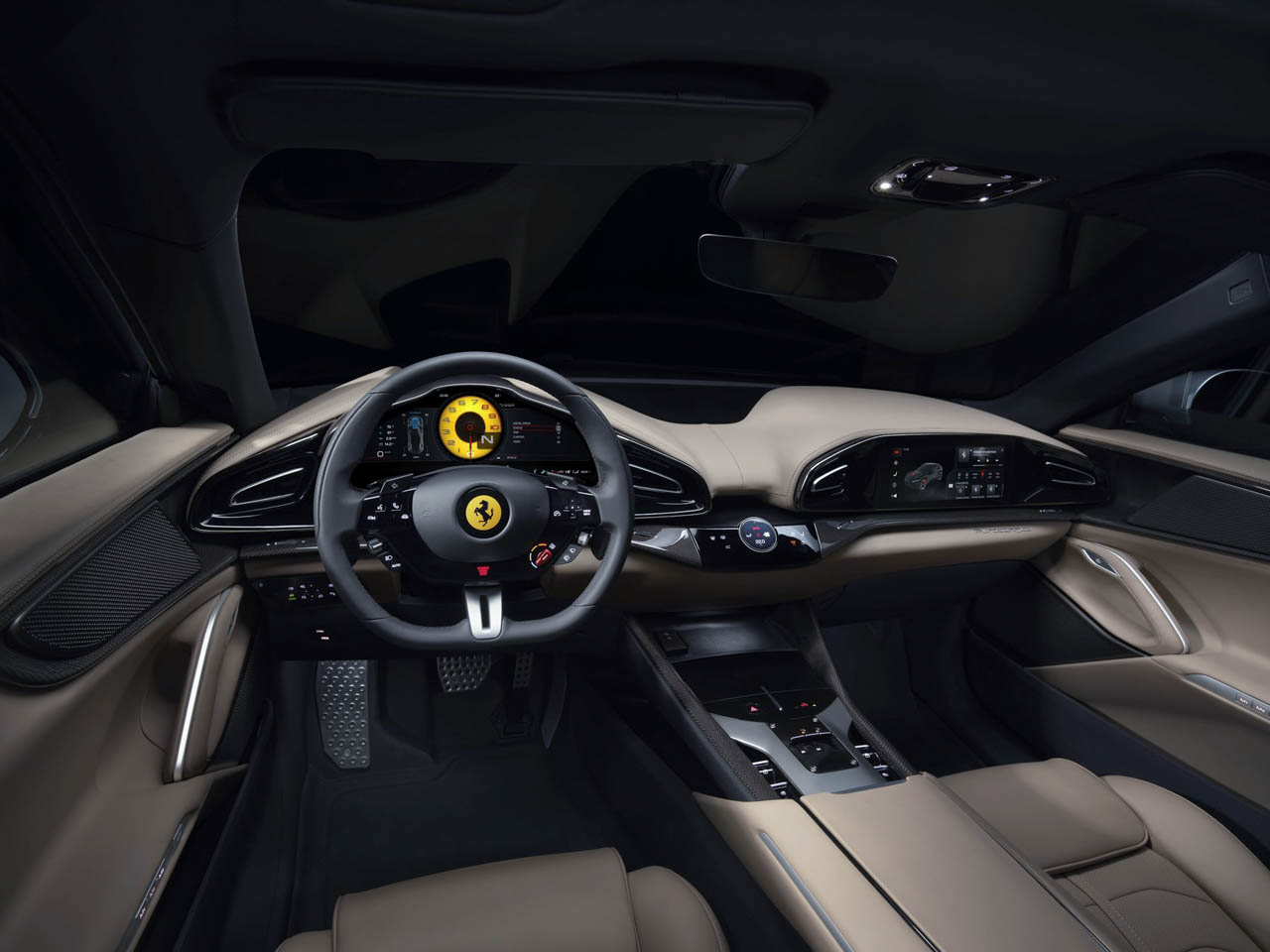 Since this is one of the most luxurious “not-an-SUV” money can buy, one can expect to spec out materials such as leather, and Alcantara, including carbon fiber. The carbon-fiber roof comes standard, or select the option for a glass roof with electrochromic tint adjustment.

As expected, demand for the Purosangue will be high when it goes on sale late next year. Even at the base price of $400,000, it’s not likely one can stroll into a local Ferrari dealership and drive off with one.

If your first reaction was “That looks nothing like a Yamaha cafe racer”, believe me, you’re not alone. Alex Casabo’s reinterpretation of the classic mid-size…

The Flux is a compact vehicle (3500 mm long, 1650 mm wide) created to be fun to drive and to please its occupants, thanks to…

With a name like Vuk Dragovic, one doesn’t need to go very far to find a unique name for any sort of design they’ve made…