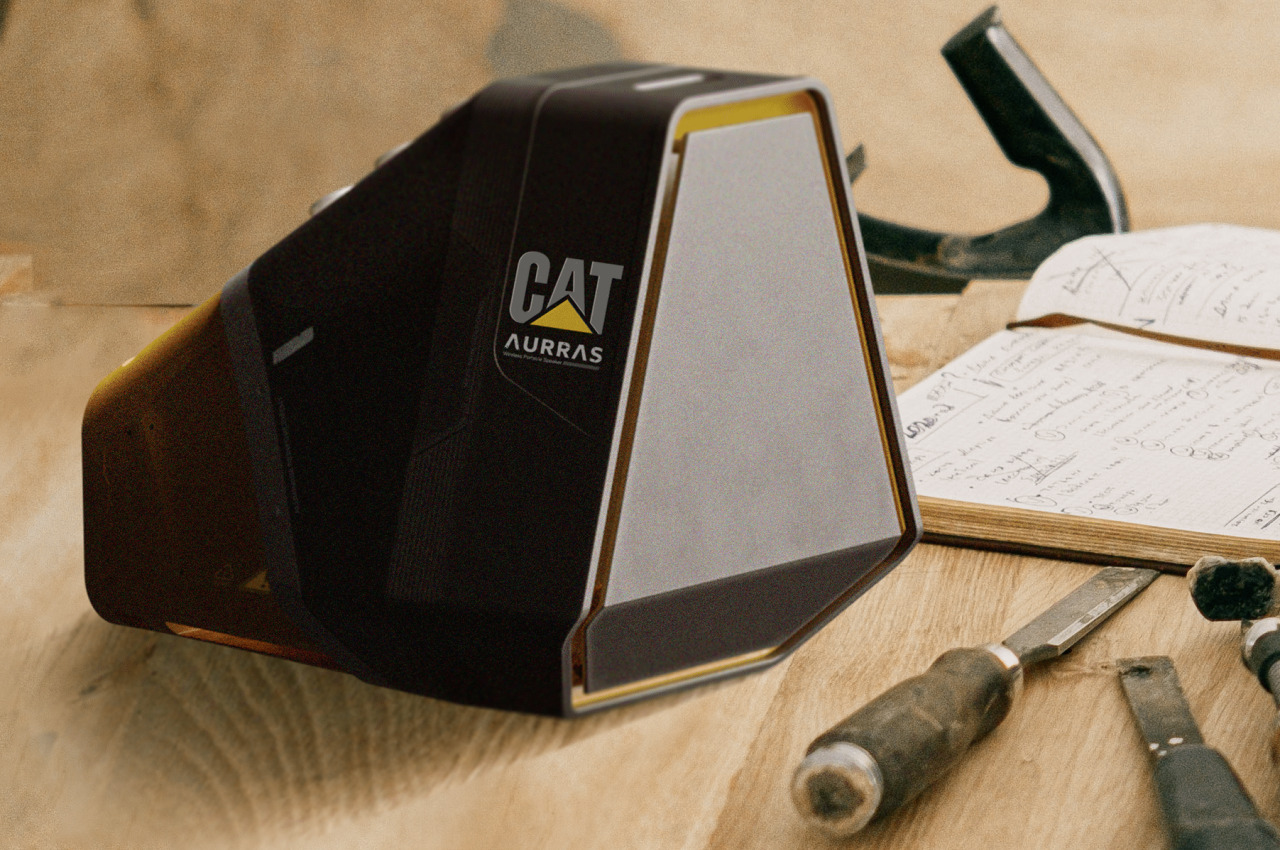 Portable wireless speakers come in many shapes and sizes, but most of them are designed to be easy to carry around, whether by hand or inside a bag. That means that typical designs revolve around conventional shapes like cylinders and bars, though a few speakers have unusual and interesting forms that try to grab your attention. There are, of course, always exceptions to those rules, and some portable speakers seem to prioritize appearances over portability, especially when they’re just in concept form. This particular wireless speaker is an example of the latter, and while it uses one of the world’s biggest manufacturers of rugged equipment as its muse, it can easily be mistaken for a miniature model of some sci-fi spaceship. 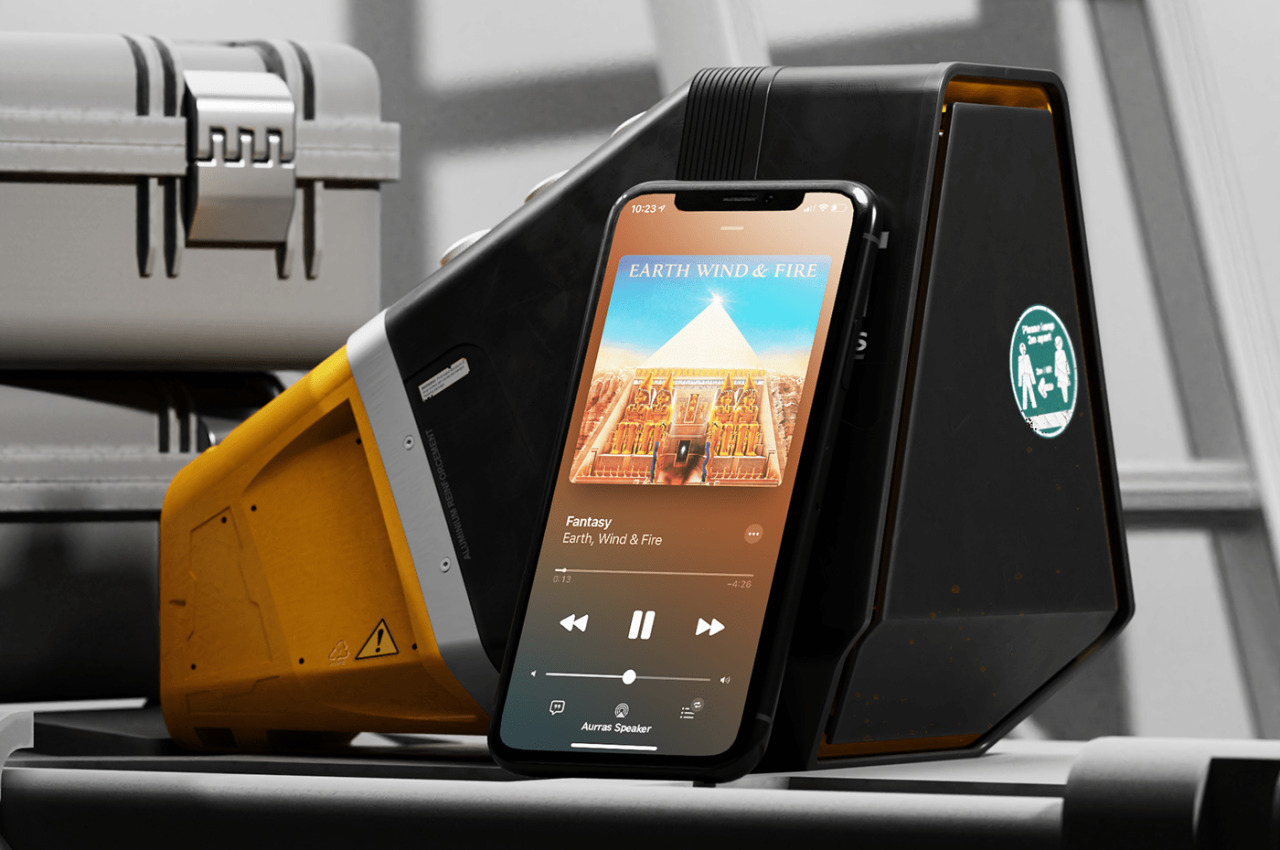 A spaceship naturally has to be made to be able to withstand many dangerous forces outside of our control. One that could be carrying a fleet of smaller battleships needs to be extra tough to survive enemy fire. Given its purpose, this kind of ship doesn’t need to have an elaborate design, which is almost a perfect model for something that’s designed to be used in an industrial setting today. 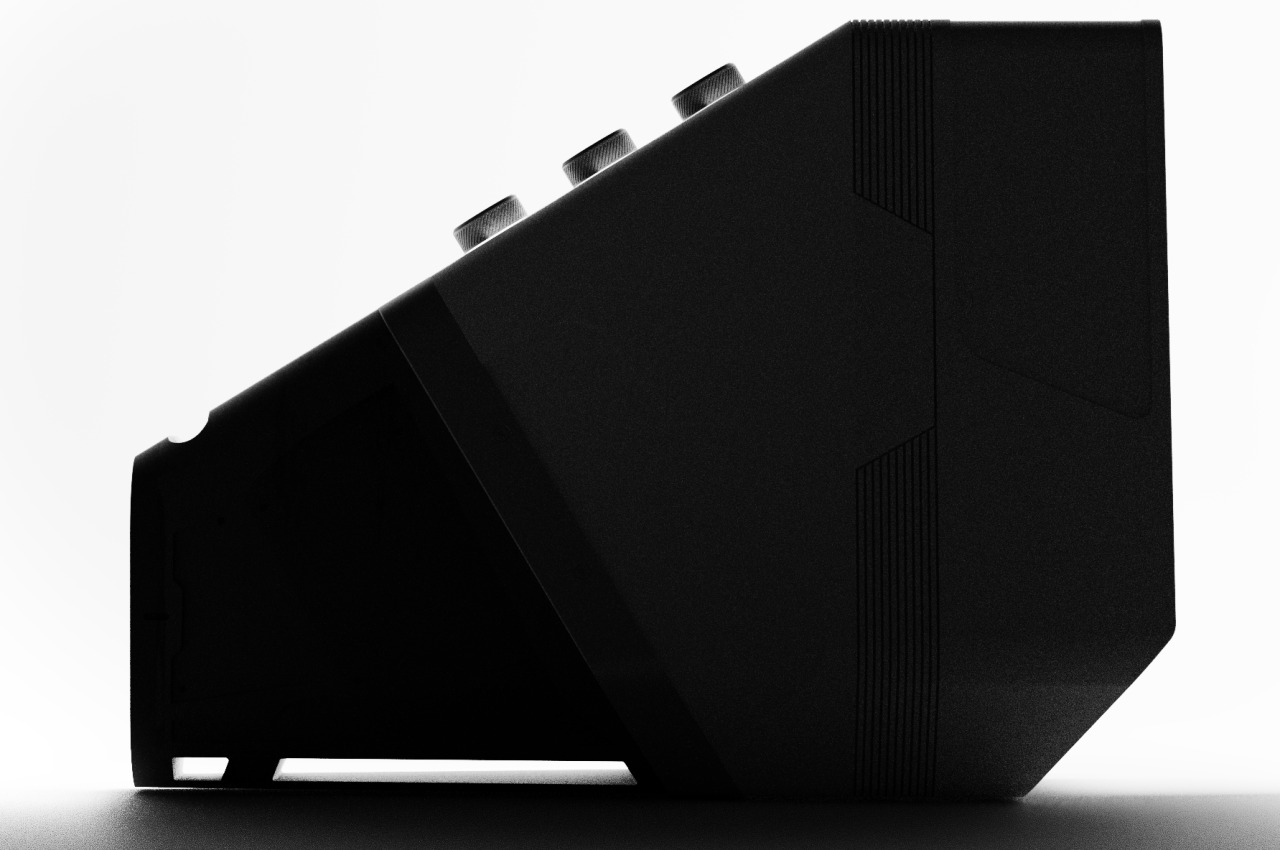 The Aurras speaker concept tries to take its design cues from Caterpillar, better identified by its CAT logo, a brand whose heavy equipment has become a de facto standard in the industry. It has even lent its name to smartphones that try to capitalize on the company’s fame for producing rugged products. This speaker’s black, white, and orange motif try to convey that association beyond the telltale logo, but you can’t be blamed if you connect the design with something totally unrelated to heavy machines used in construction. 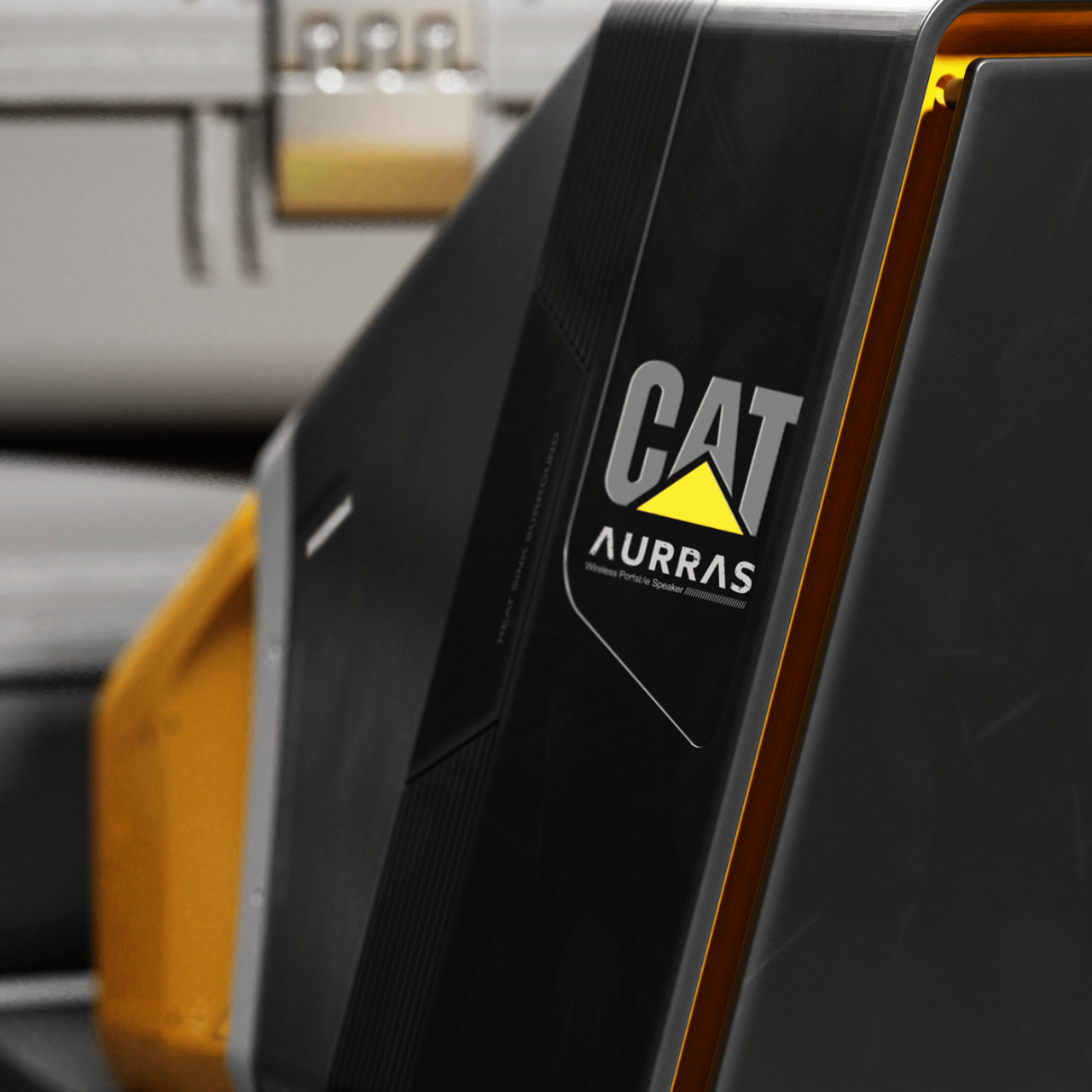 The speaker looks like something that would be coming out of an outer space warp gate, carrying inside it other spaceships. The trapezoidal shape and industrial appearance give it an almost militaristic look in this context. You can almost expect the front of the device to lower like a drawbridge and unleash dozens of smaller ships upon enemy forces. 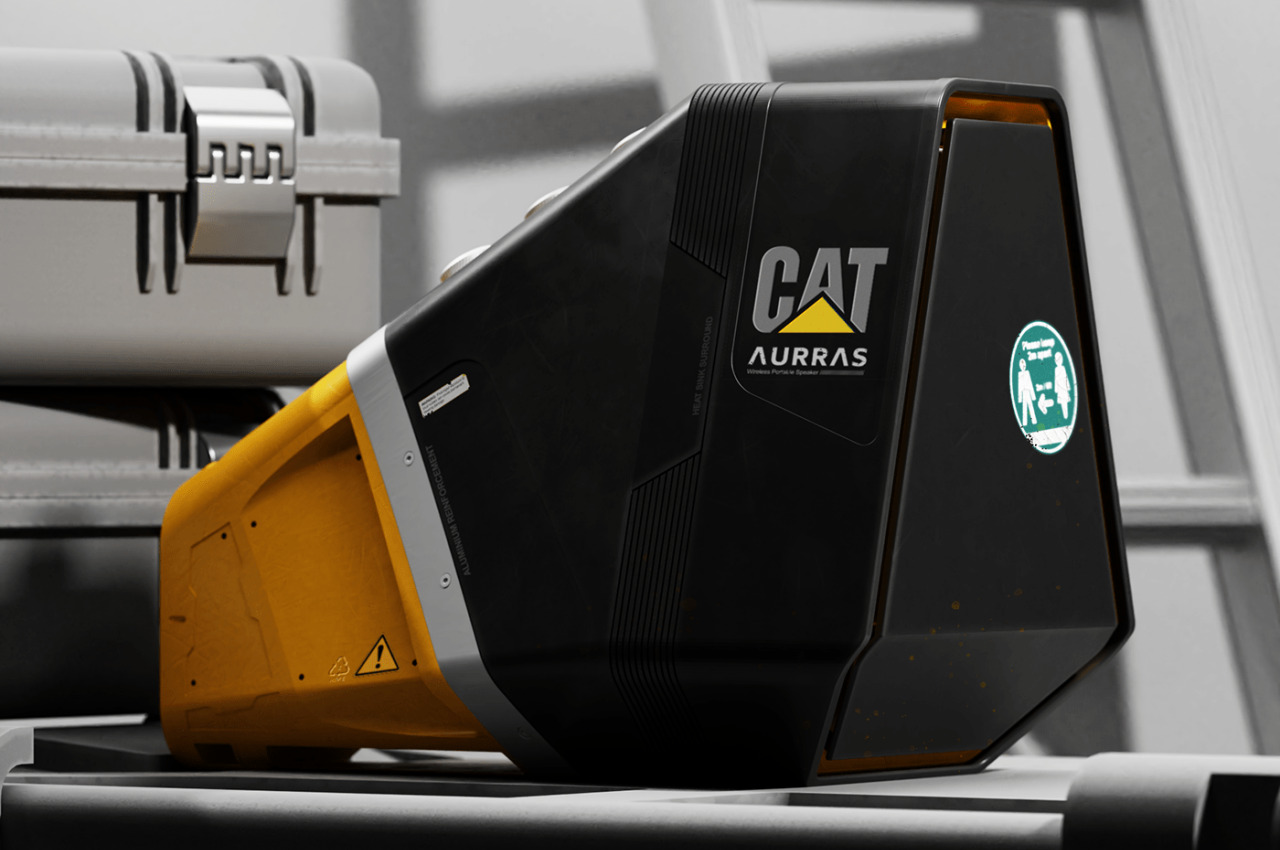 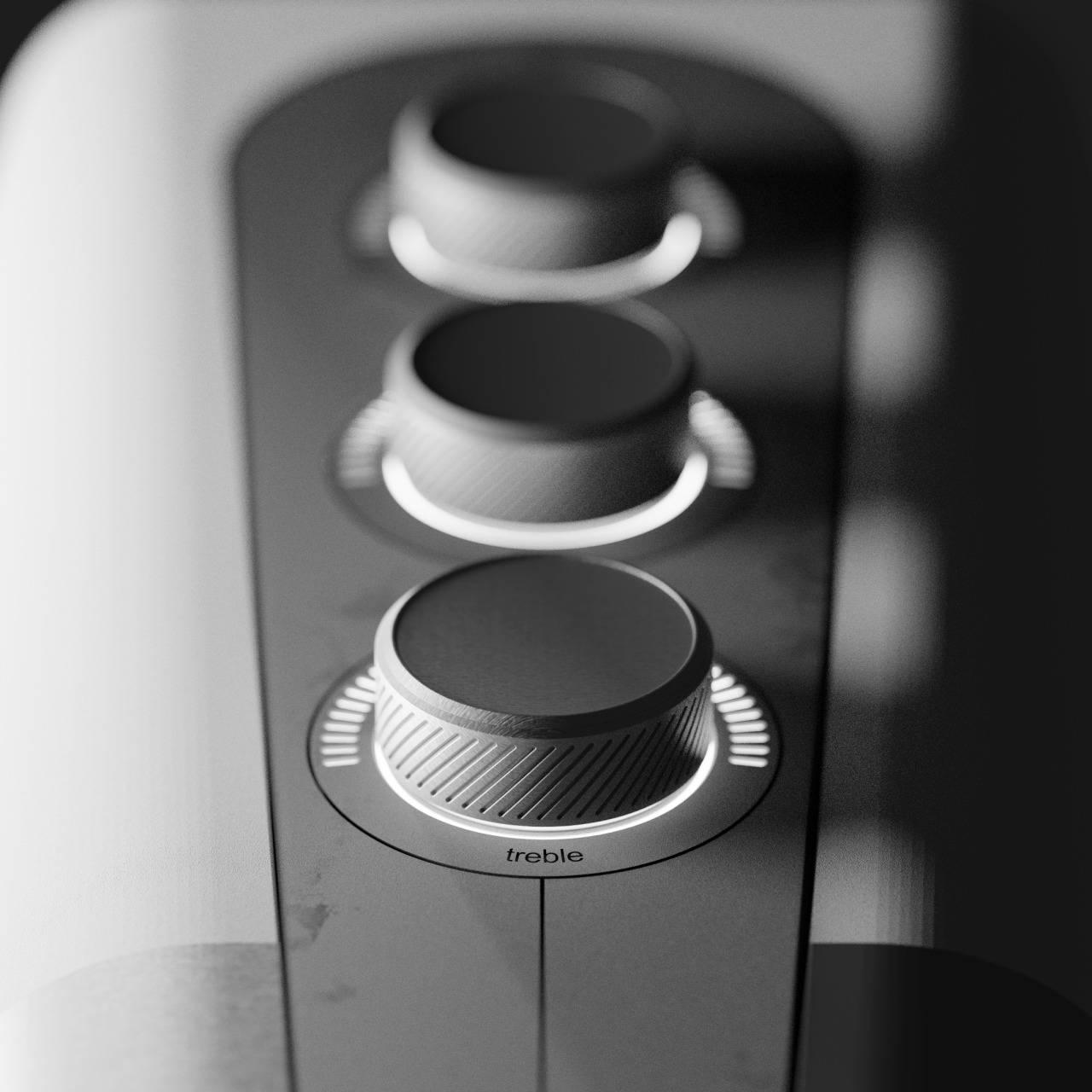 Despite its futuristic aesthetic, the Aurras’ design is pretty simple and utilitarian. There are three knobs along the top to control treble, bass, and volume. Everything else is operated using a smartphone or any other device connected via Bluetooth. The back has a single port for a USB-C cable to charge the battery inside, though it might also be possible to connect it to a sound source that way. 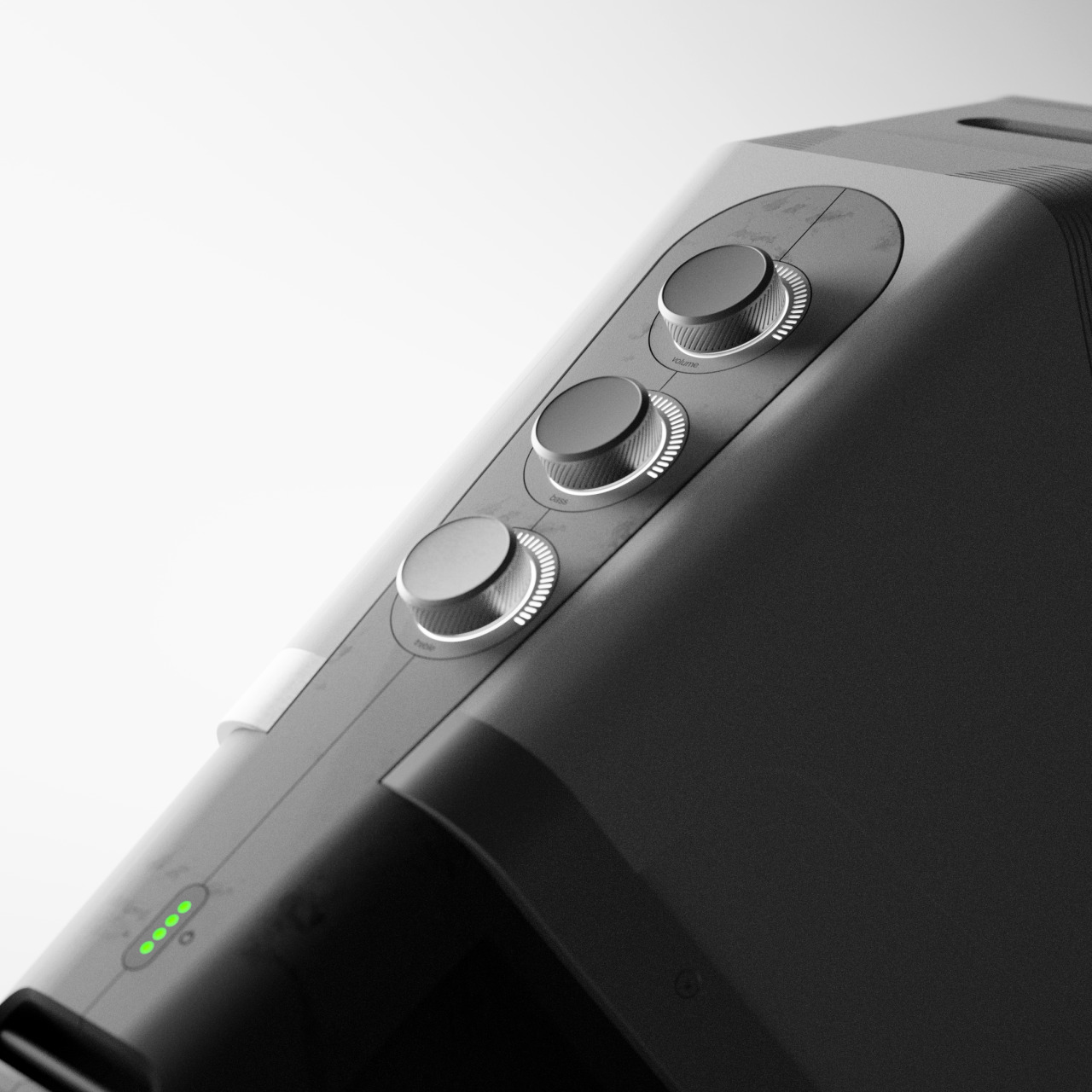 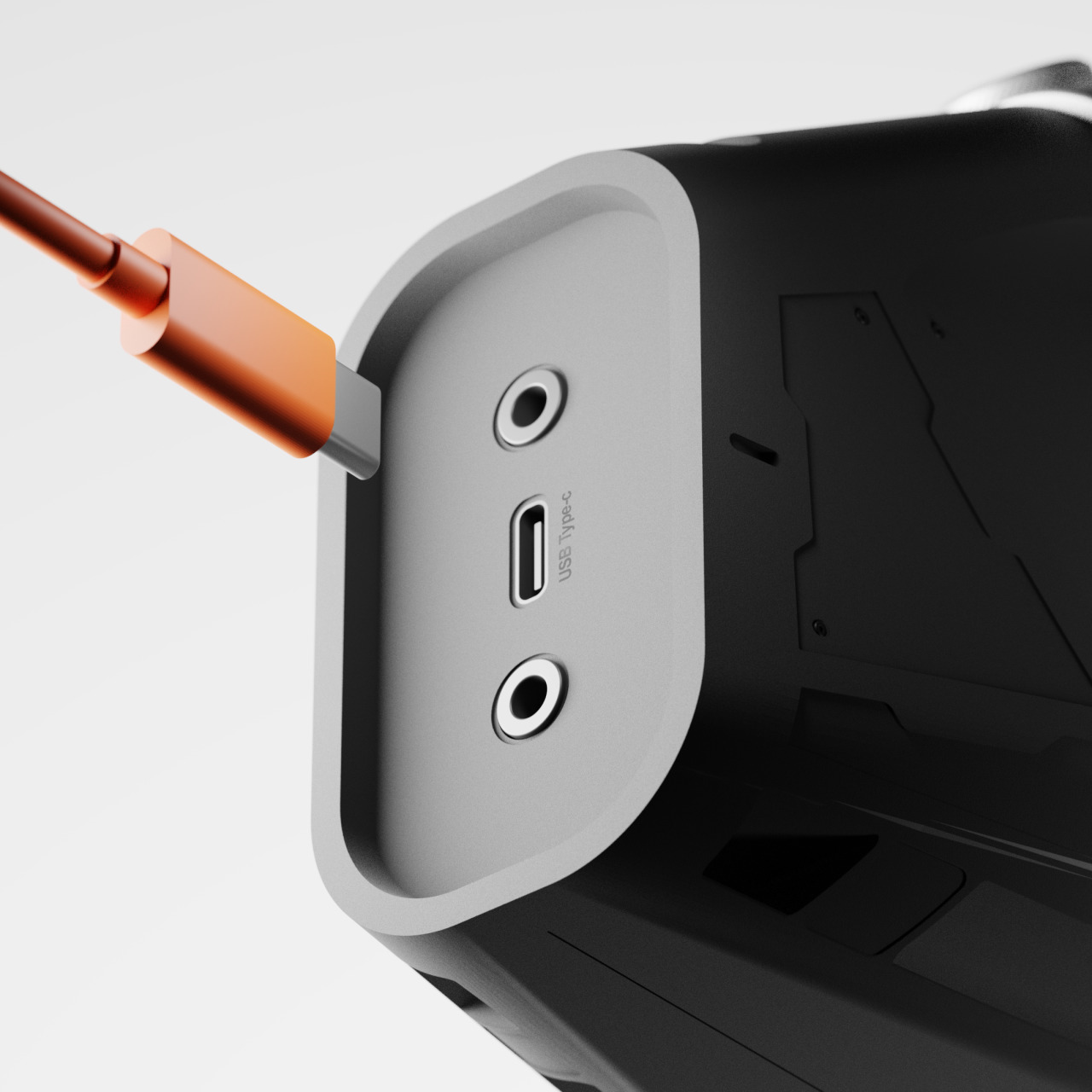 Beyond its appearance, the concept is also interesting in its actual construction. It’s designed to be easy to take apart using an Allen key, making it more trivial to swap out components or shells to customize its look. Its aluminum and HDPE plastic shell were also chosen to give it actual ruggedness, helping it survive present-day enemies such as accidents. Whether it’s sitting on a workshop table or hanging around in our gaming room, the Aurras portable speaker concept tries to look good and hopefully sound good as well, bringing some enjoyment to what could be a busy day of work or play. 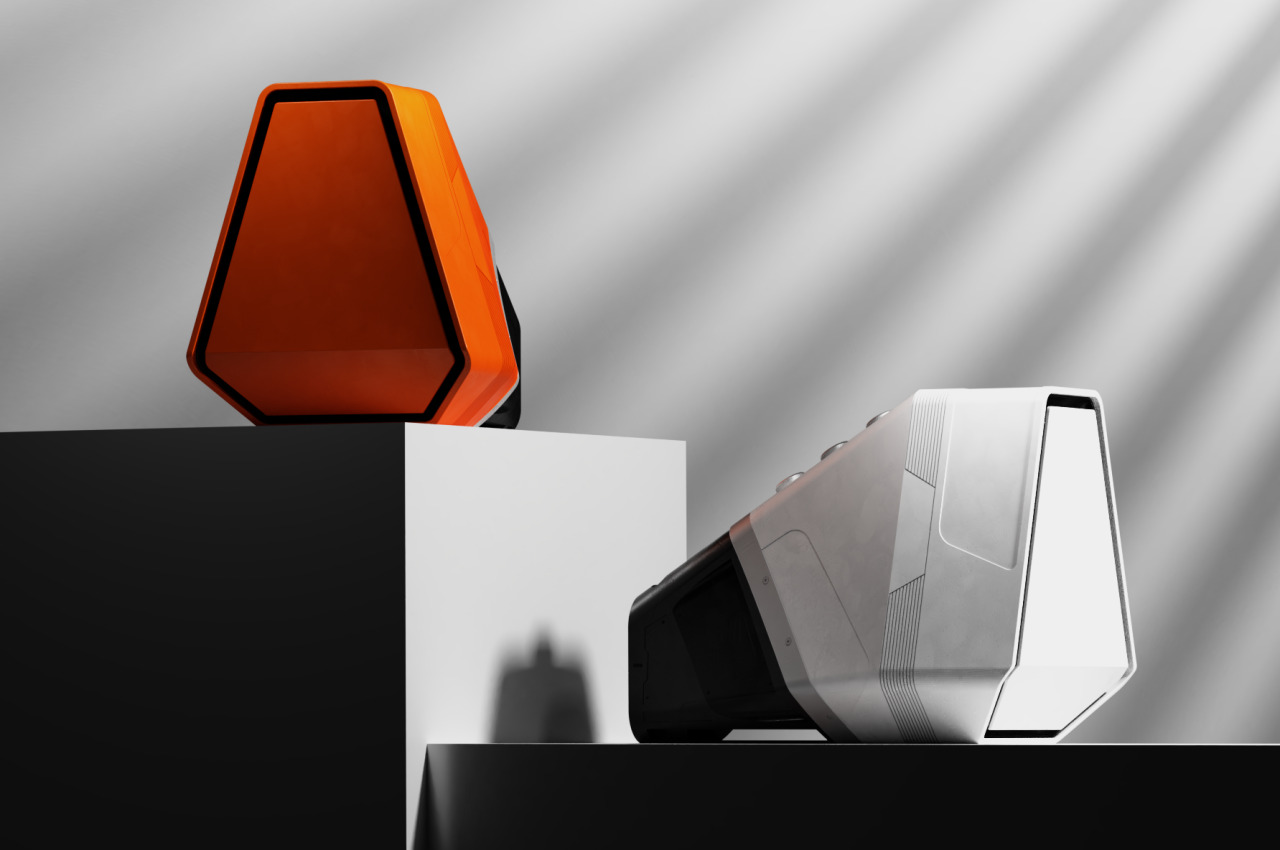 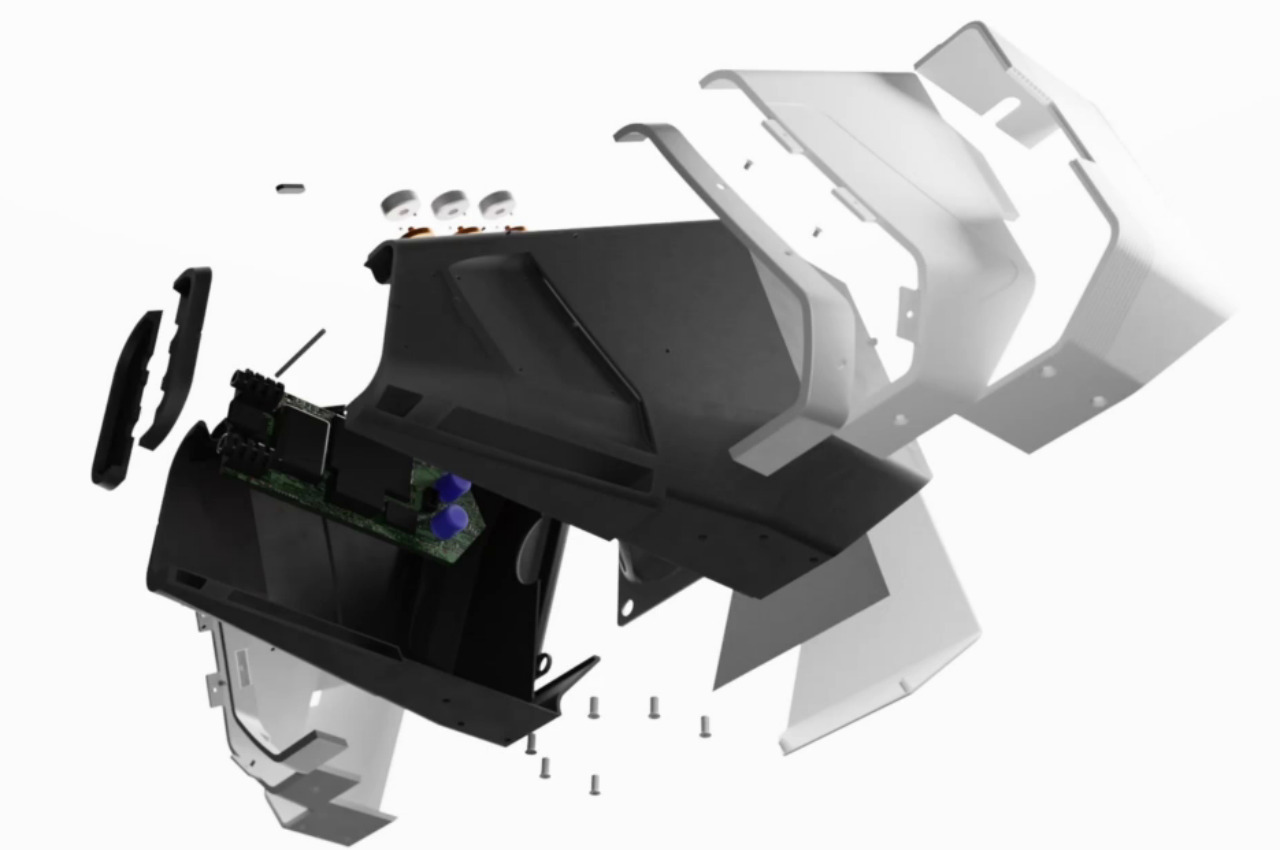 Inspired by the building blocks and modularity of LEGOs, the Windflock is a wind-energy system that is flexible. The ‘add-on’ system is made of mini…

Concept speaker with gramophone design can play music from your headphones

For those who love listening to music out loud (meaning not on their headphones or earphones), the search for the best Bluetooth speaker is probably…

“Colorme” is a hypothetical brand created by Ivan Jaddou, which is inspired by the sensory phenomenon of synesthesia and the ambiguity of international color symbolism….