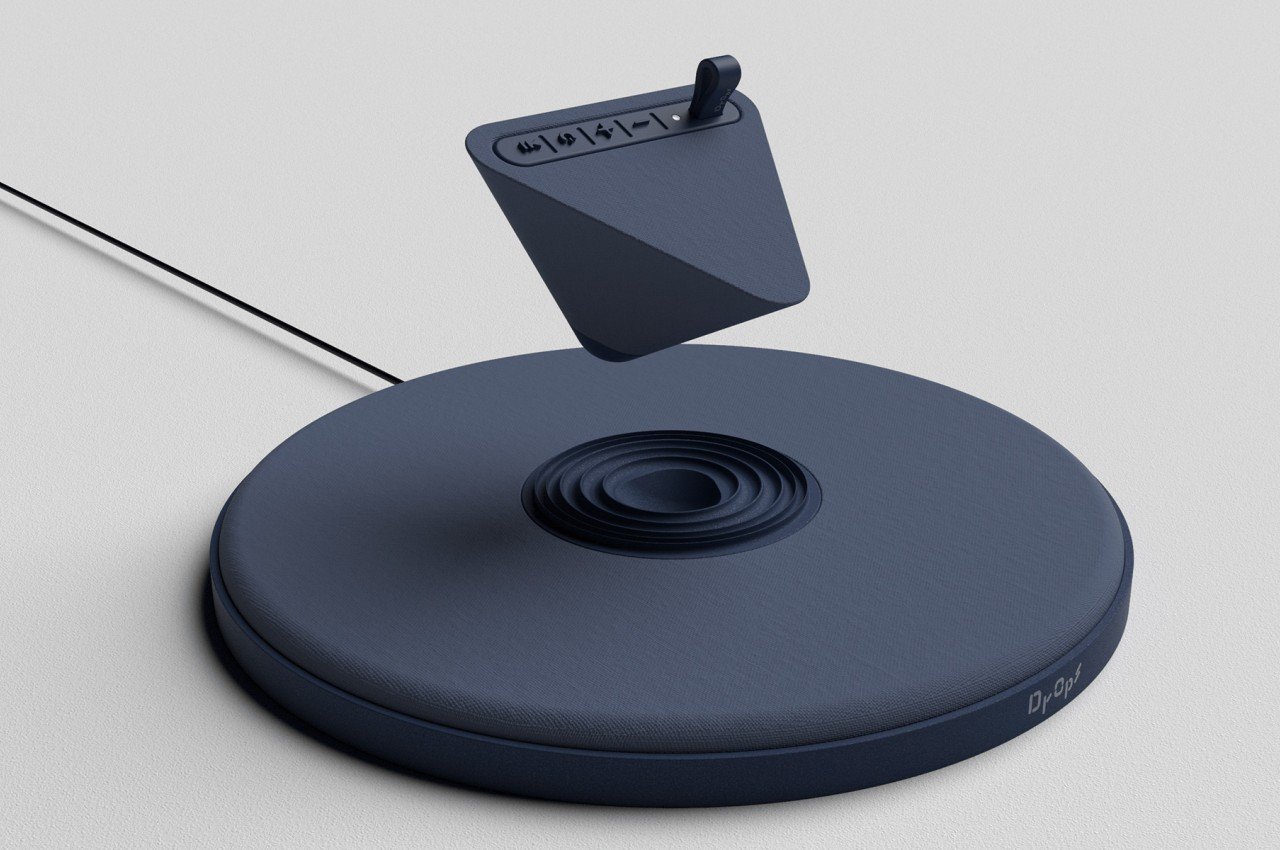 Wireless speakers have been on the rise in the past few years, especially with the mass exodus of headphone jacks from smartphones. Because of that, manufacturers have started playing with different designs, going from traditional boxes to cylinders to all sorts of shapes and forms. In many cases, like smart home speakers, these audio devices have taken on more artistic forms, functioning both as tech equipment as well as room decor. Some even hide in plain sight as picture frames or sculptures. This wireless speaker concept is cut from the same cloth, providing a beautiful art piece that is both a Bluetooth speaker you can carry around as well as a wireless charging pad for your devices. 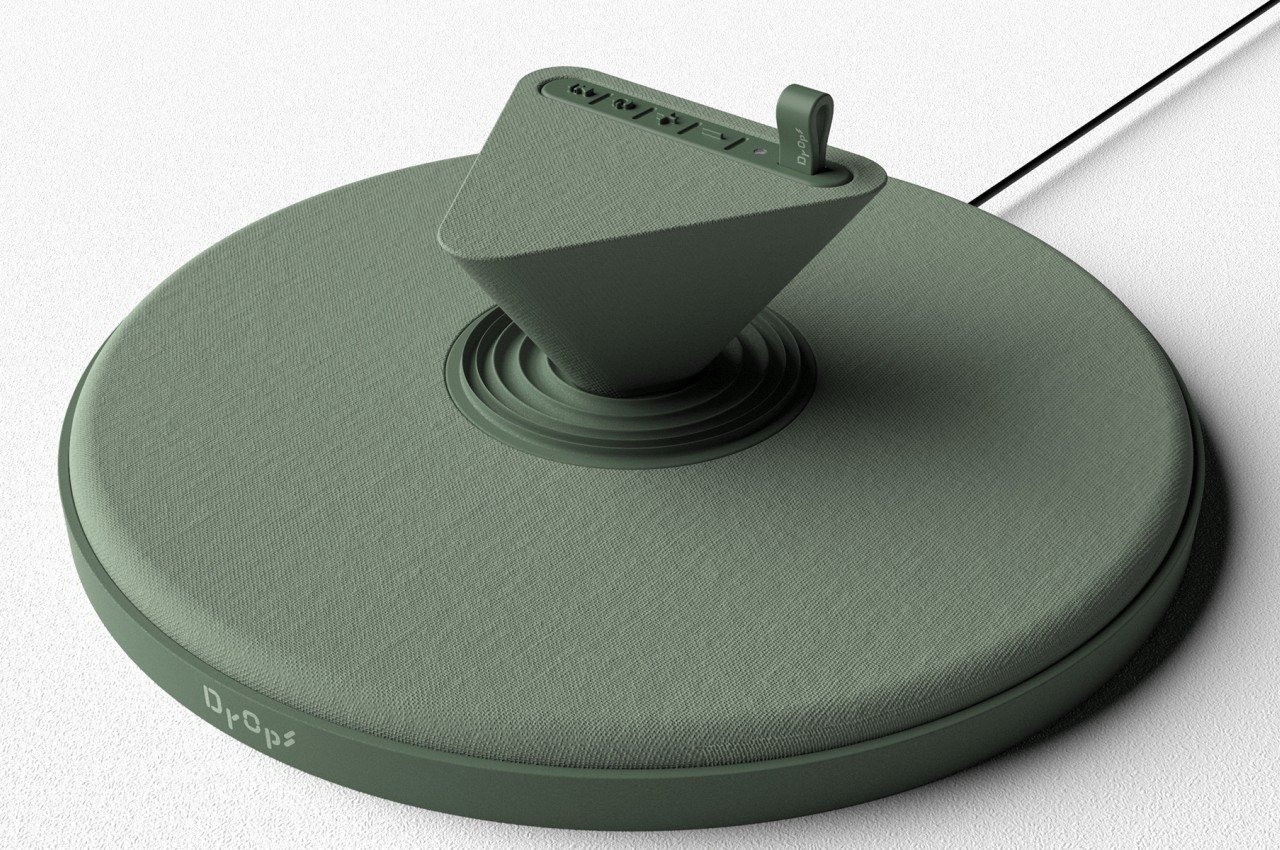 Most portable speakers come in rectangular or cylindrical forms. These, after all, are the easiest to produce and the most convenient to put in any location. Ever since their popularity exploded, however, designers have started to go beyond the norm and explore different styles and aesthetics. Some are inspired by nature, while others try to pay homage to art movements of the past. All of these with the goal of creating a product that isn’t just functional but also pleasing to look at in any space. 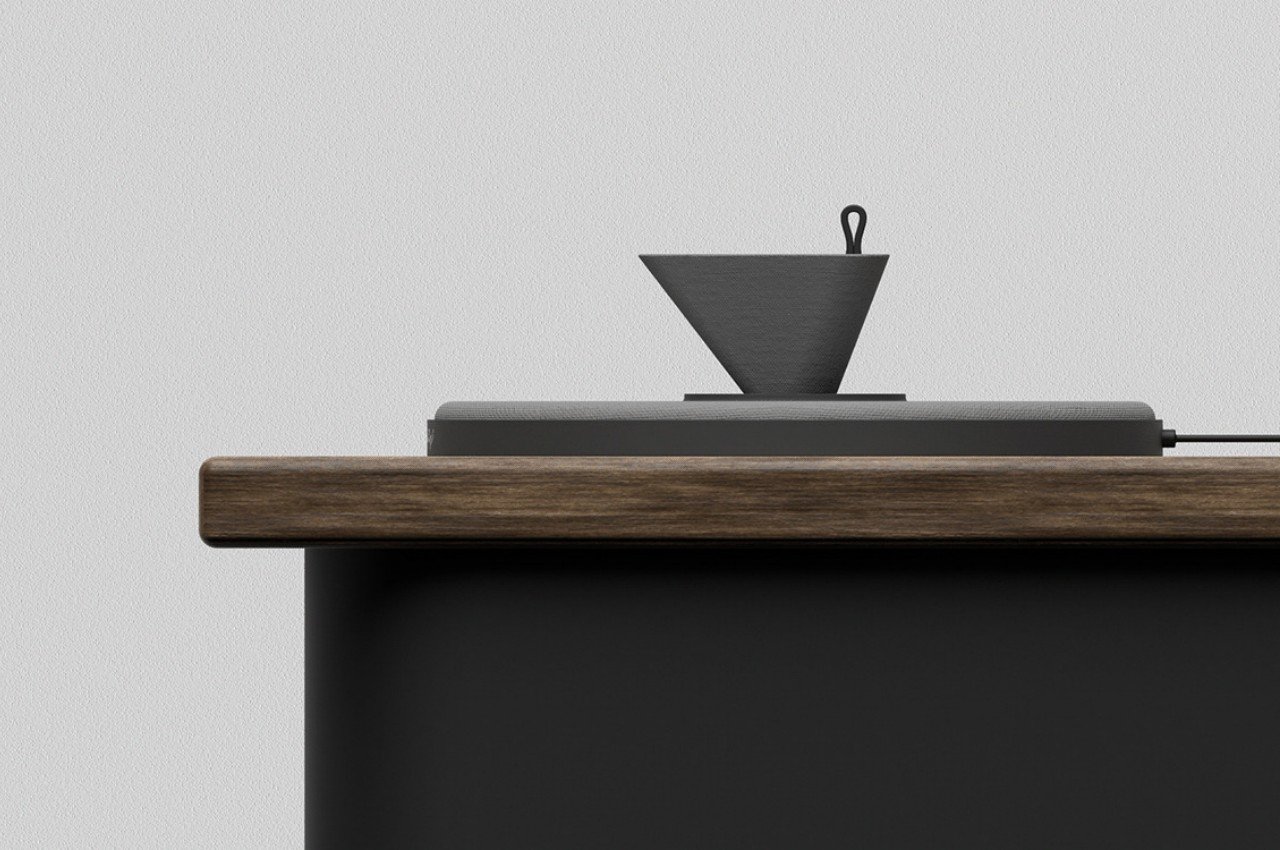 DROPS, as its name would imply, is inspired by the gentle ripples created when something small falls on a larger body of water, represented by the concentric circles in the center of the base. Just like how the water eventually settles down and returns to its calm state, the rest of the base outside the ripples is flat and smooth. Coincidentally, this part of the base also functions as a wireless charger, so you can easily put your phone or earbuds down on it while playing some music. 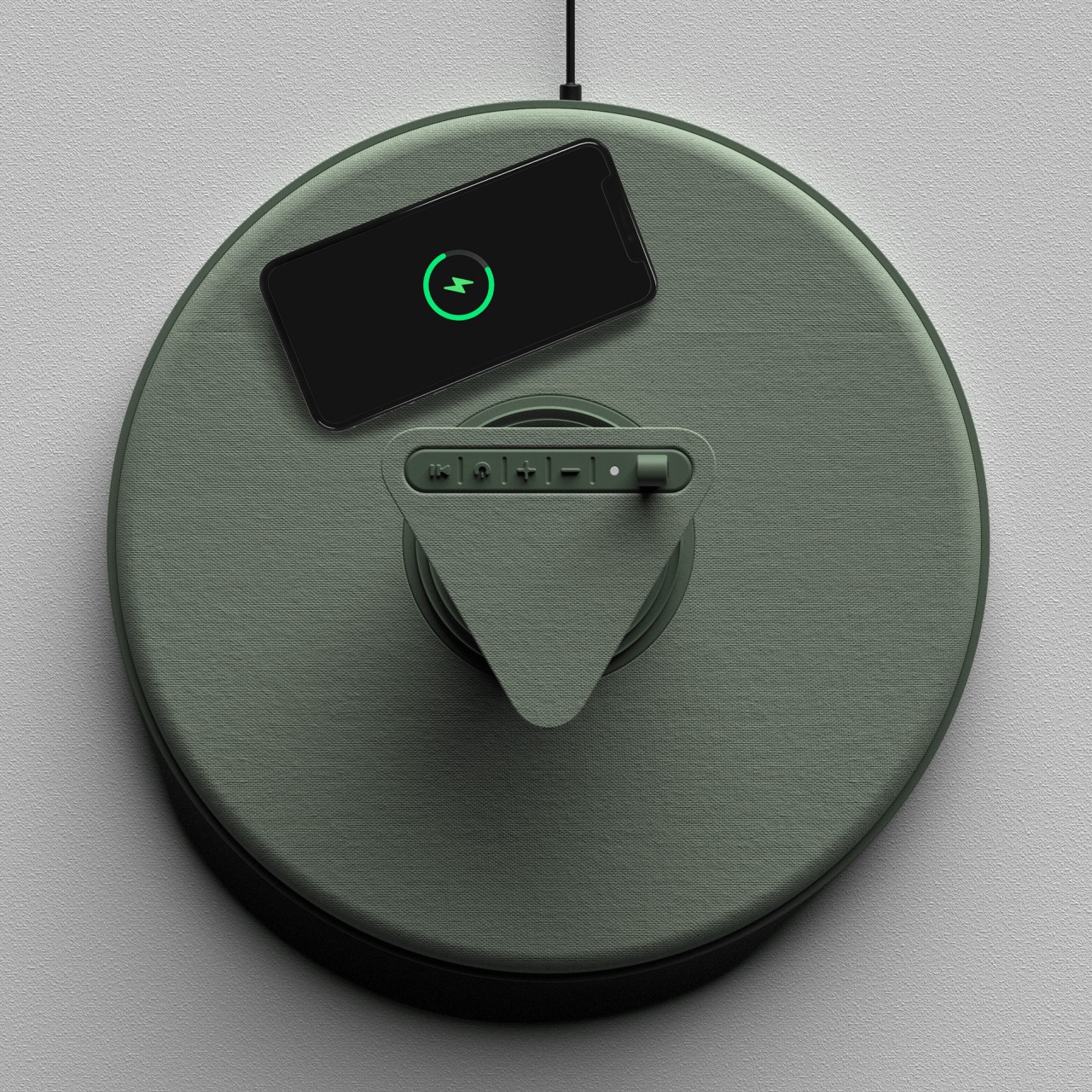 The actual speaker itself is actually the tetrahedron that stands upside down on its top, representing an object falling into a pond. Like many wireless speakers these days, it uses some fabric material to cover its surfaces. The only parts that remain uncovered are the playback buttons on top, and the curved tip below that acts as the wireless charging contact point for the base. This would also be where strong magnets are located that keep the speaker from toppling over. 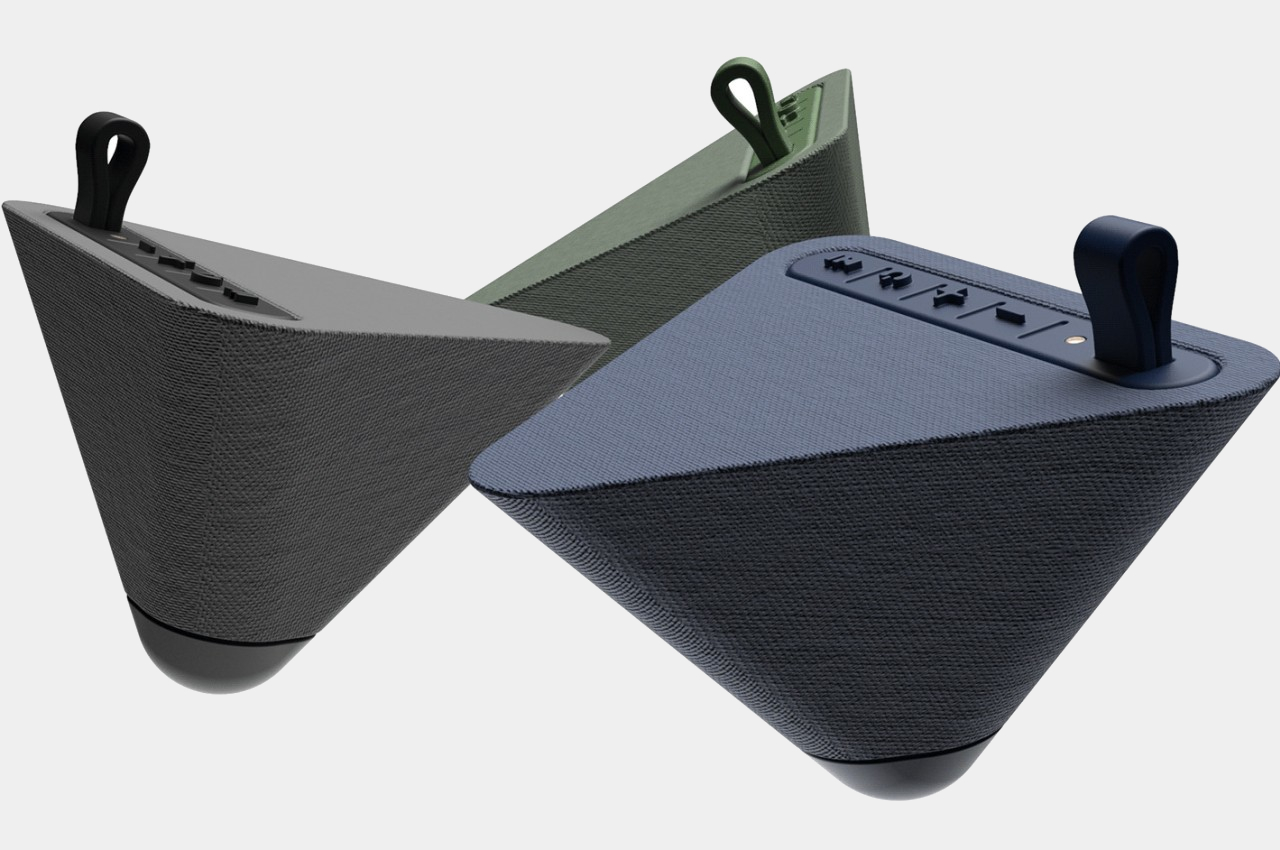 Yes, the speaker can actually be removed from the base if that wasn’t yet evident. This allows DROPS to be used anywhere at any time, though charging outdoors could prove to be difficult when the battery runs out. The loop on top is specifically designed to be easily hooked onto a carabiner or strap. It’s no larger than most portable speakers, though its actual audio output can’t really be guaranteed. Then again, there are speakers of this size that can produce decent quality sound, so that might not be that big of a problem. 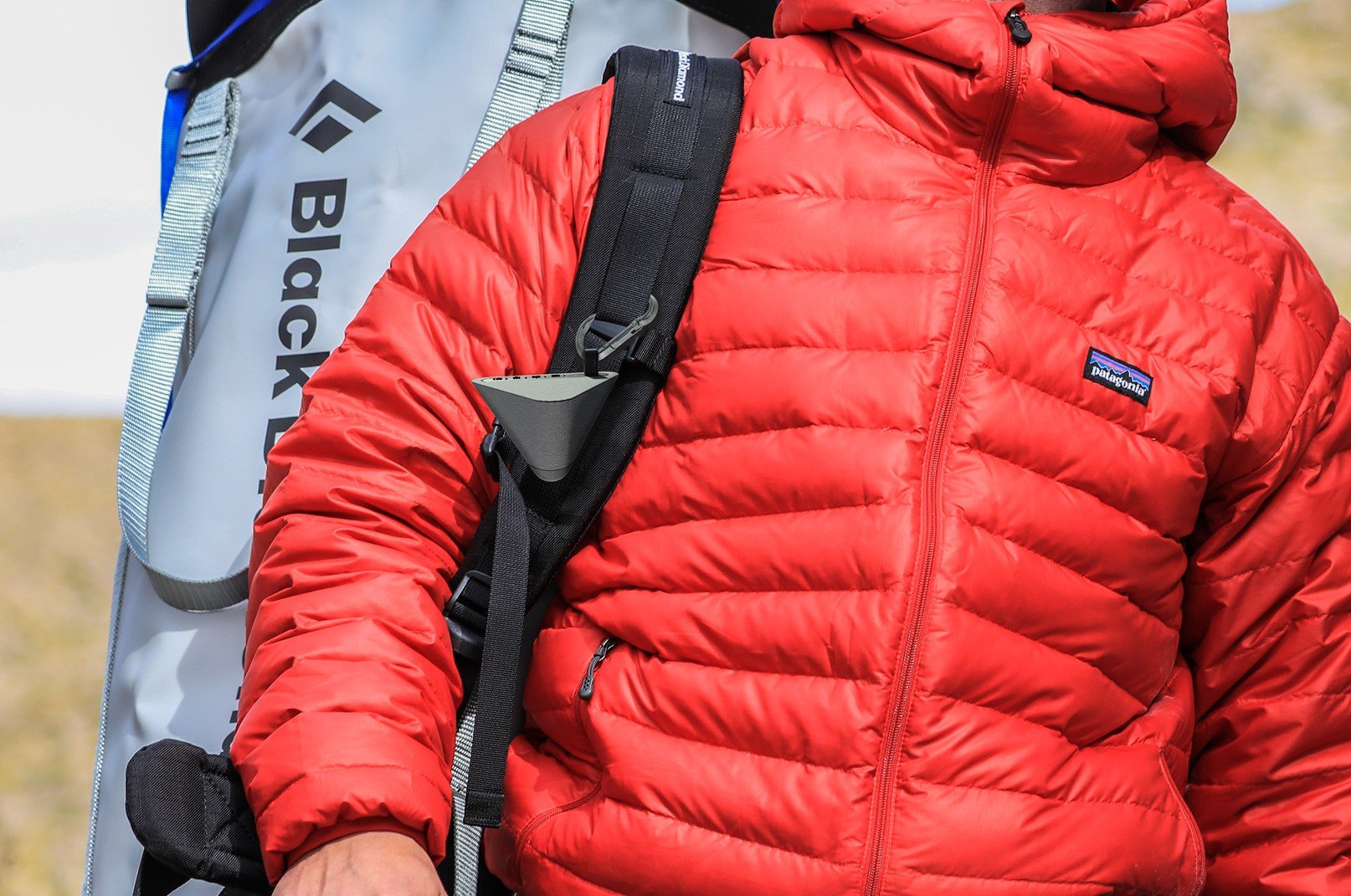 The DROPS speaker and wireless charger concept isn’t exactly mind-blowing or game-changing in terms of innovation, but its distinctive design will definitely make it an eye-catching piece in any room. The use of a flat circular bed to both represent water and serve as a wireless charger is definitely genius. Its very design and reference to water produce an almost calming effect, making it an excellent centerpiece when listening to some soothing and relaxing tunes. 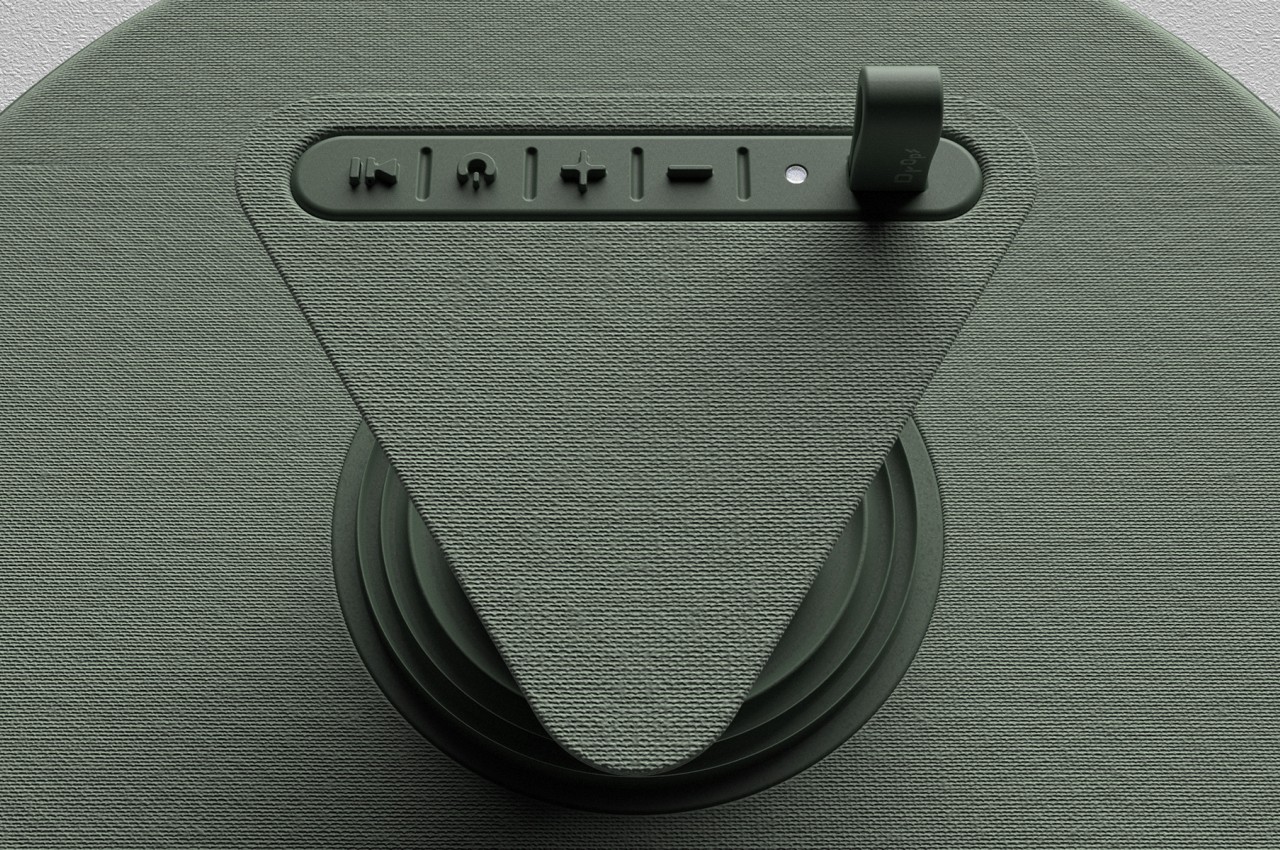 These ergonomic earbuds double up as speaker controls, adding a new dimension of functionality to wearables

There have been a lot of truly wireless earbuds and earbud concepts over the past few years as wired devices have gone out of style….

The adage “The pen is mightier than the sword” has been true throughout the centuries. It Is no different in this new millennium as the…

We sighted people take for granted how much easier we have it. Even the most basic necessities in life like telling time are an after…