Back in 2008, when I was only starting out to write about watches, the horological marvels from MB&F were real mind bogglers for novices like myself. The master horologists at MB&F had back then come up with the Horological Machine No.2 with it’s distinguishing rectangular shape. Ambitious and innovative watchmakers have come up with familiar and unacquainted notions since, but there wasn’t another design to challenge the HM 2. To that accord, the first glimpse of the Code41 Mecascape Sublimation 1 was enough to transport me back in time. I wanted to know more about this work of art which on its intrinsic value is a league beyond the traditional concepts of a watch or clock as we know them.

If you have, for the inventiveness in watchmaking, followed Code41 through the years, you would know that the watchmaker has never feared to experiment. This ambitious affair has given birth to some peculiar mechanical timepieces but the Code41 Mecascape Sublimation 1 is a beauty to behold with a design that’s far and beyond what we have seen before. The independent Swiss brand founded by Claudio D’Amore in 2016 is based out of Lausanne and designing watches with movements tailored to their fancy, at times, challenging needs. 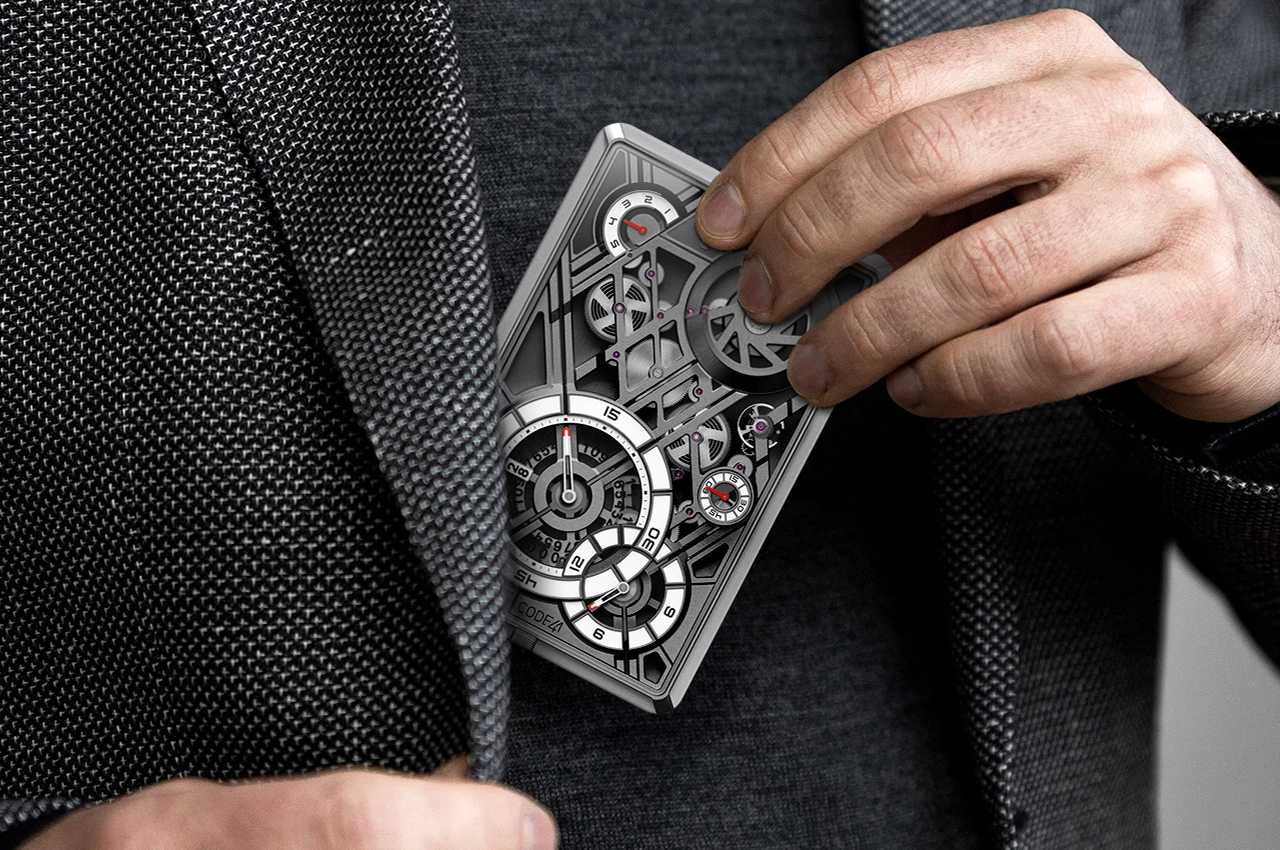 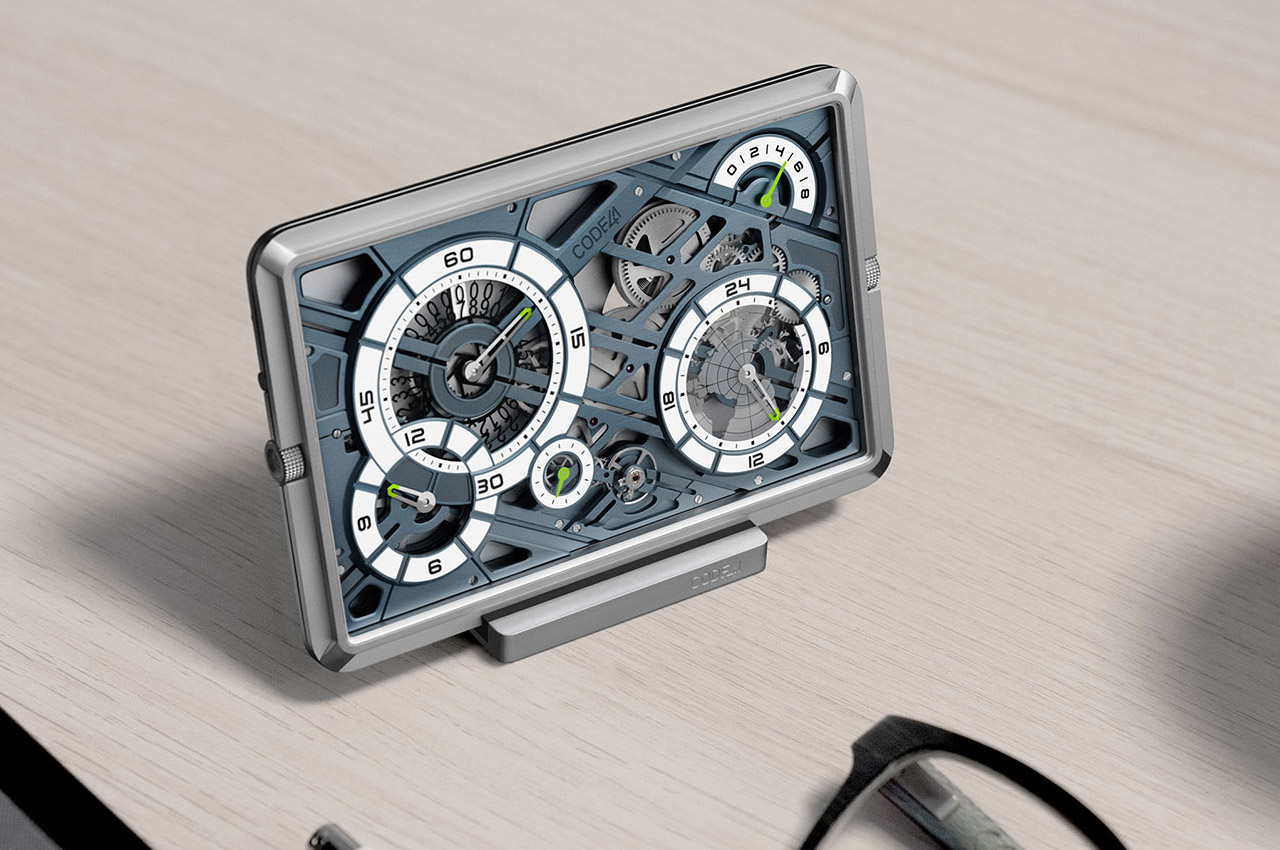 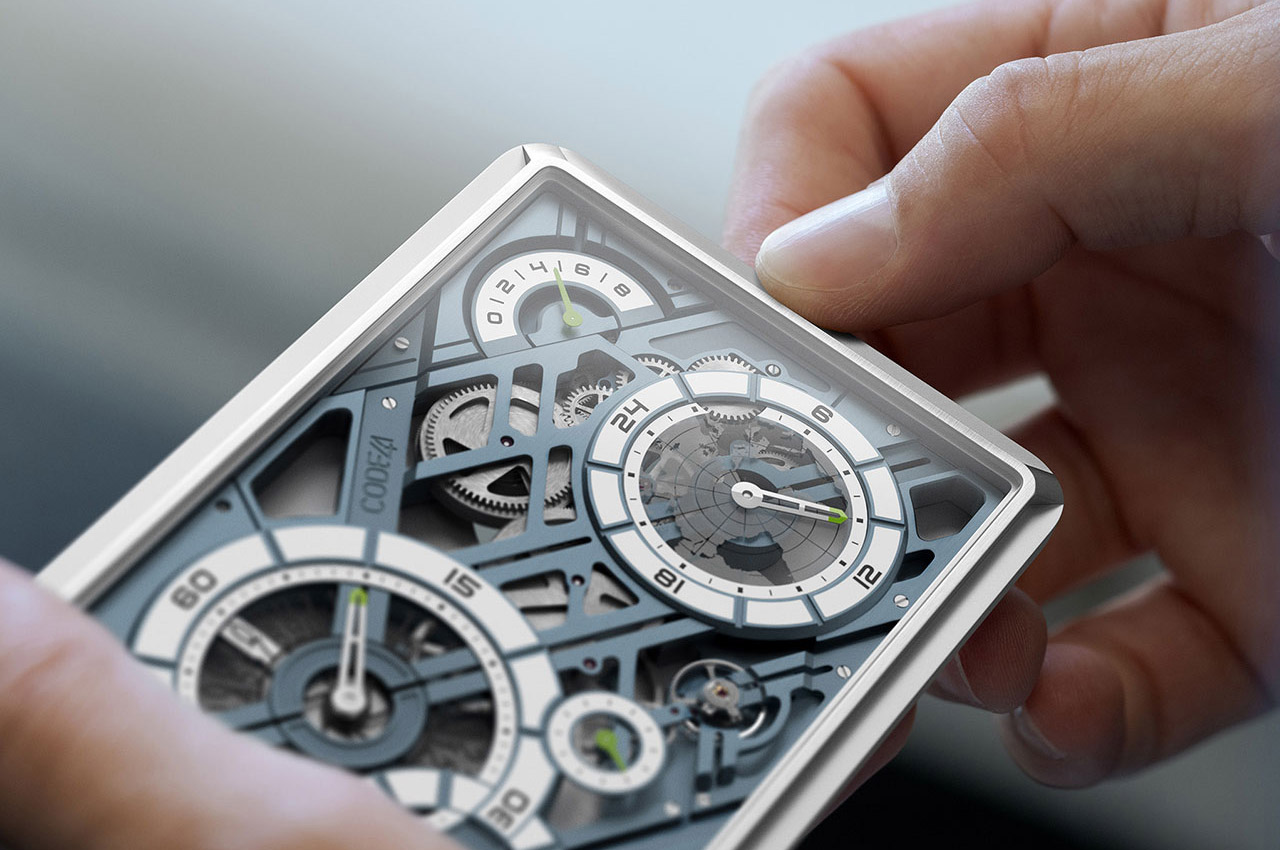 The watch movements have really powered devices in the traditional layout where vertical layered construction has remained a favored choice. For the Mecascape Sublimation 1, Code4 has going slightly wide in approach. The watch face is spread out into a rectangular form factor – like a credit card – for which the company has had to tailor the movement to power the contraption with it’s landscape setting. Measuring 108mm x 71mm, this 8mm thick timepiece feature a grade 5 titanium body, and draws power from a mechanical manual winding movement offering 8 days of power reserve. 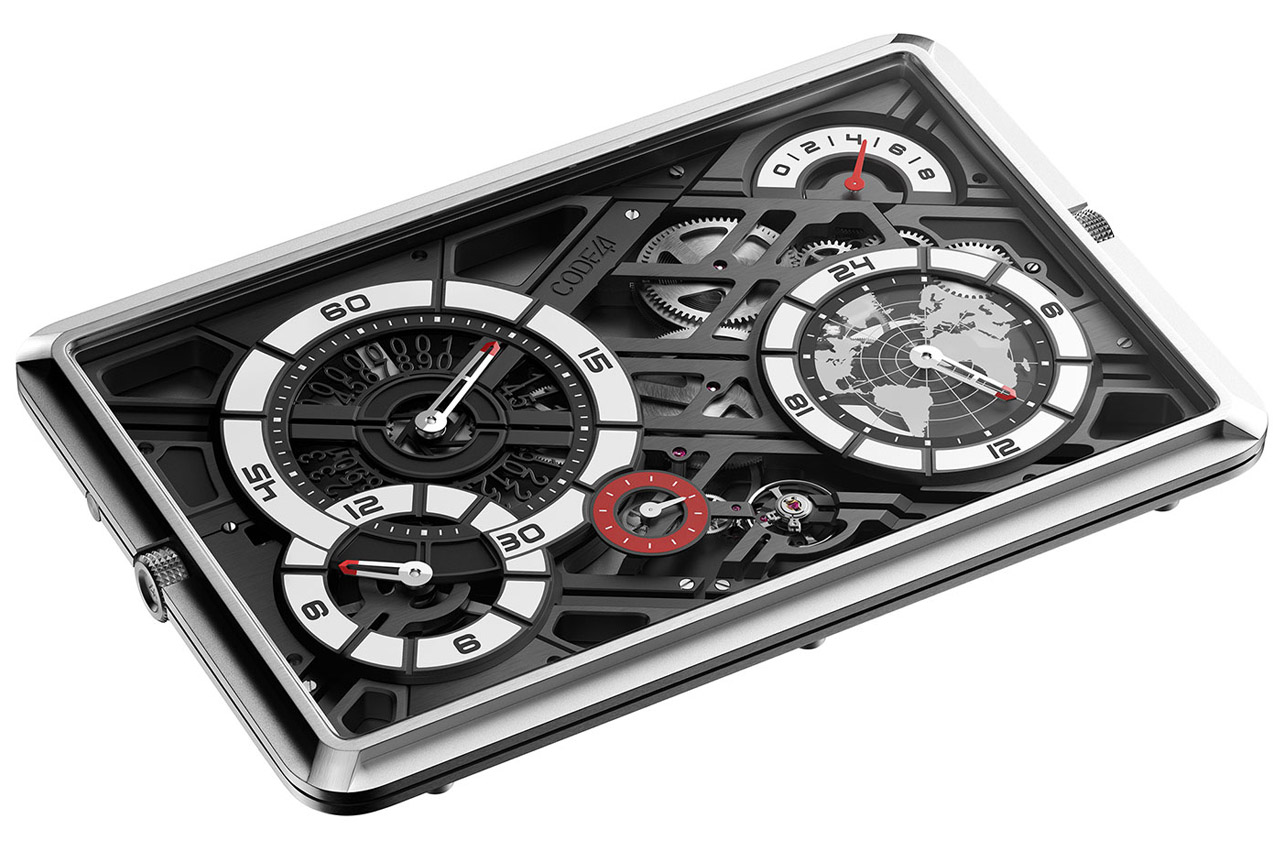 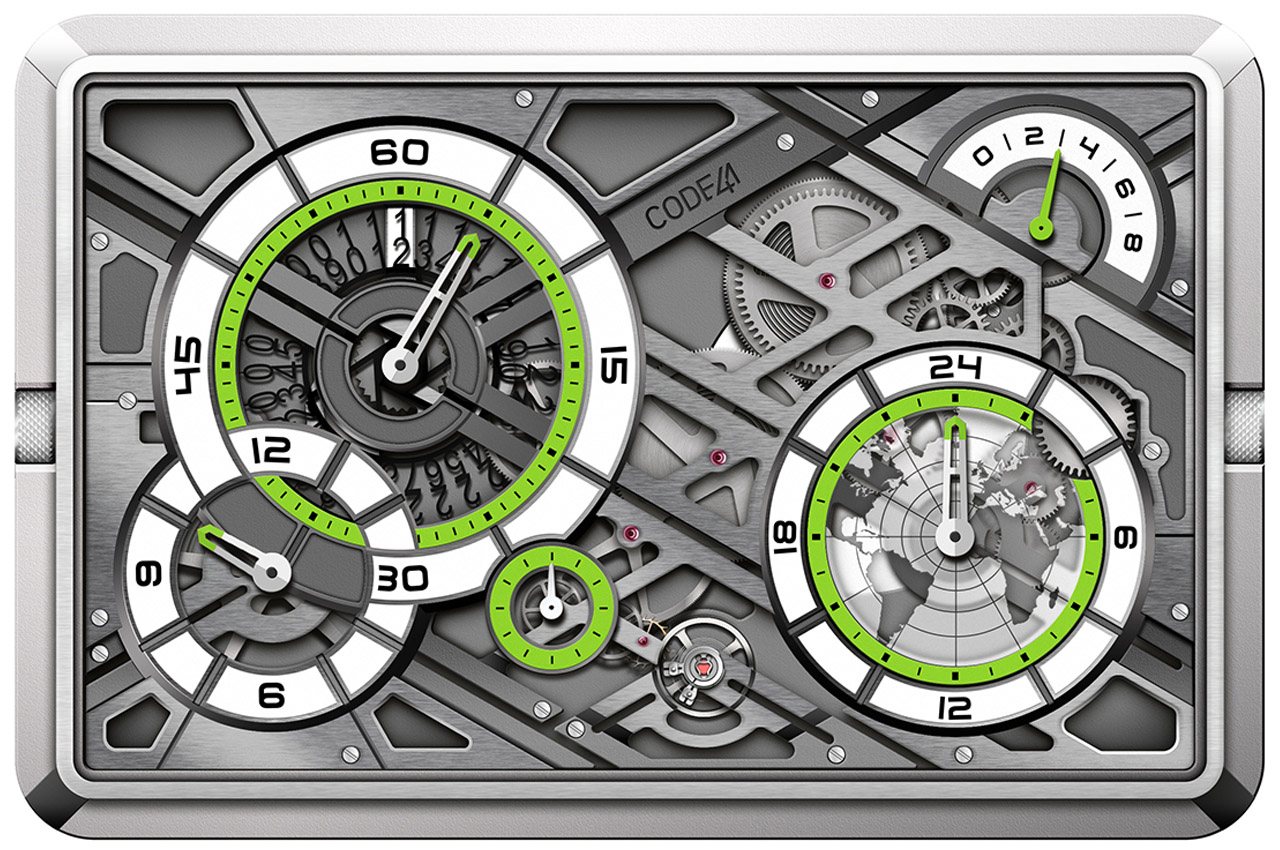 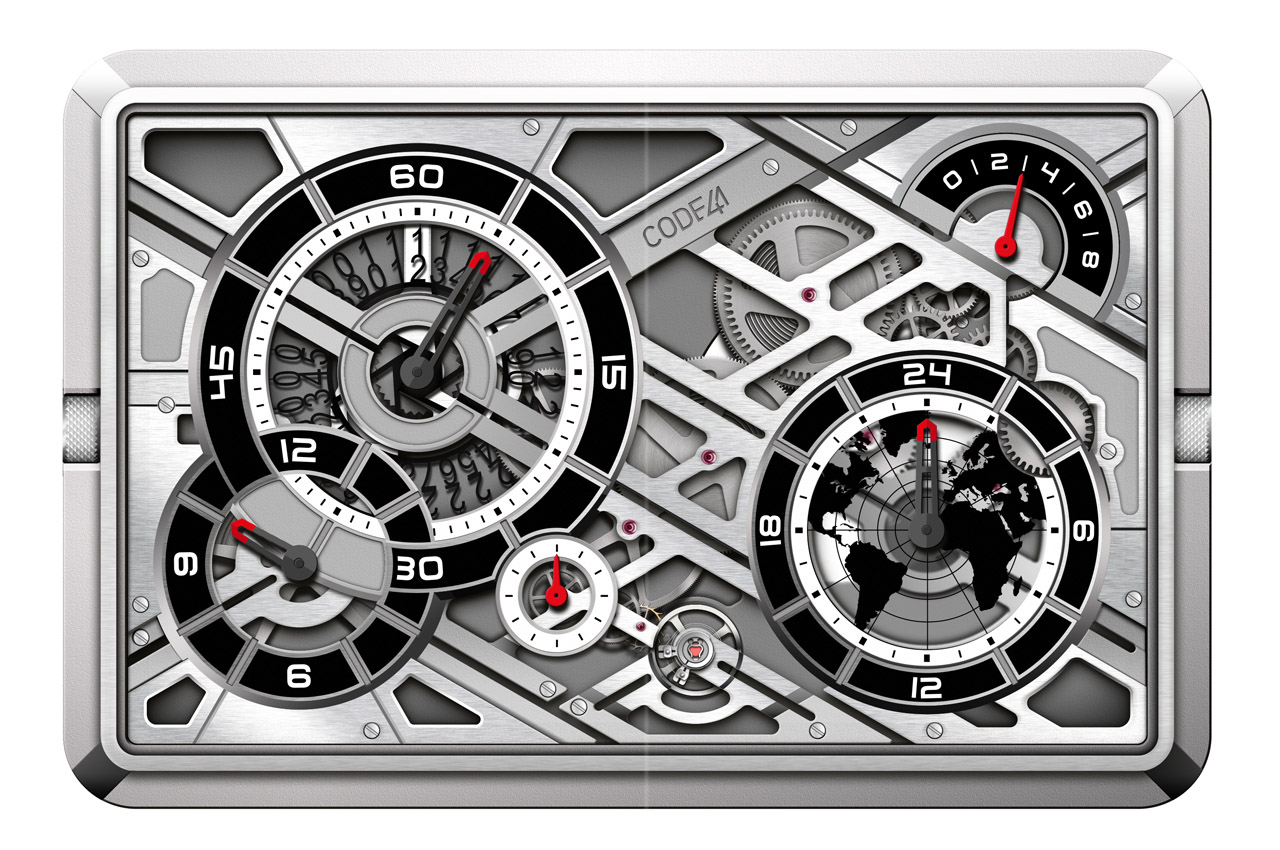 As mentioned, the watch – if we can call it that – looks like a titanium credit card with a skeletal face and can be used to display time on a stand or be carried in the pocket. Despite the way it can be used, the Mecascape Sublimation 1 is for watch lovers who desire more than the regular wristwatch. This new entrant in the world of horology is likely to get a mixed reaction but from how I perceive it – it’s intended to be a pocket watch – and that’s what I appreciate its incredible layout. For utmost protection from scratches and scrapes in the pocket, it comes with a leather case as you get for credit cards. The case has a kickstand, which one can use to set up the Mecascape Sublimation 1 as a clock on the table. 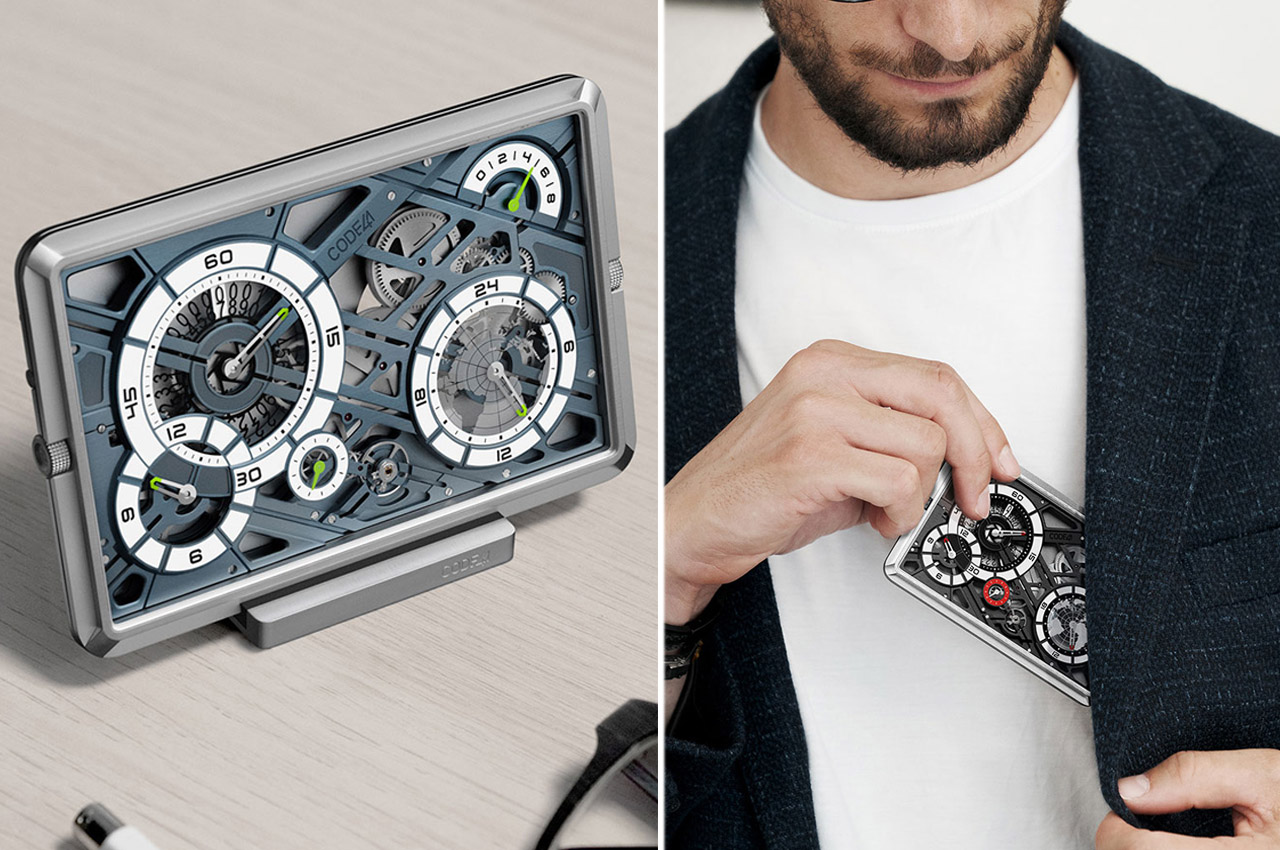 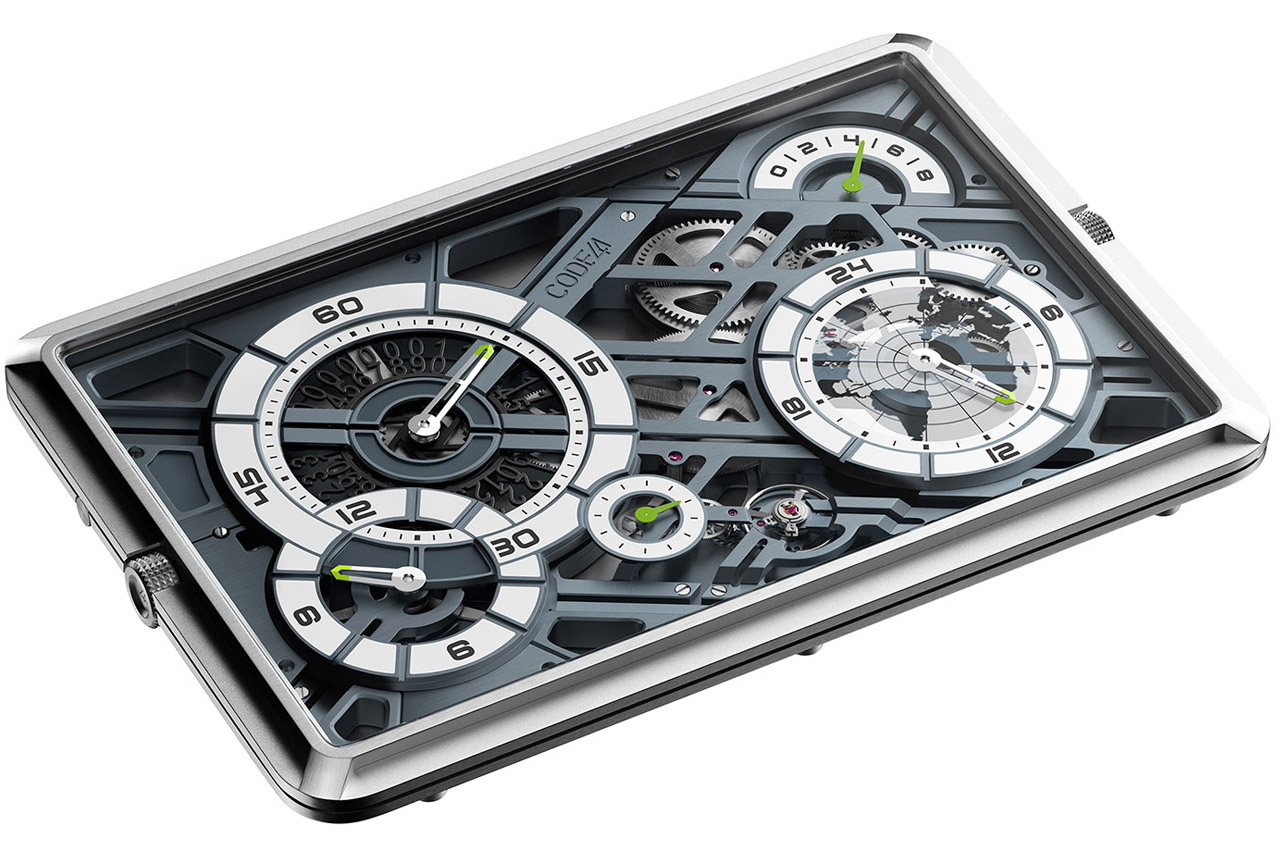 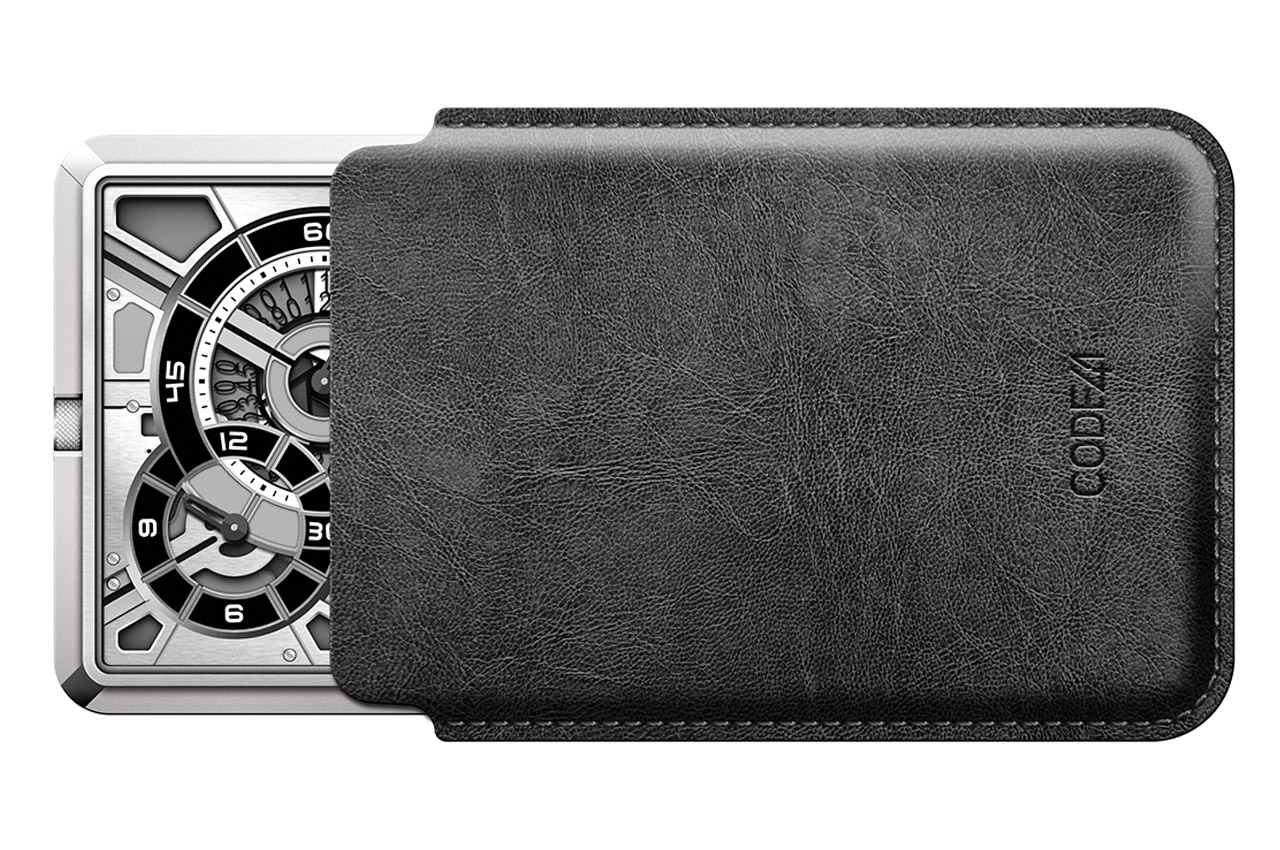 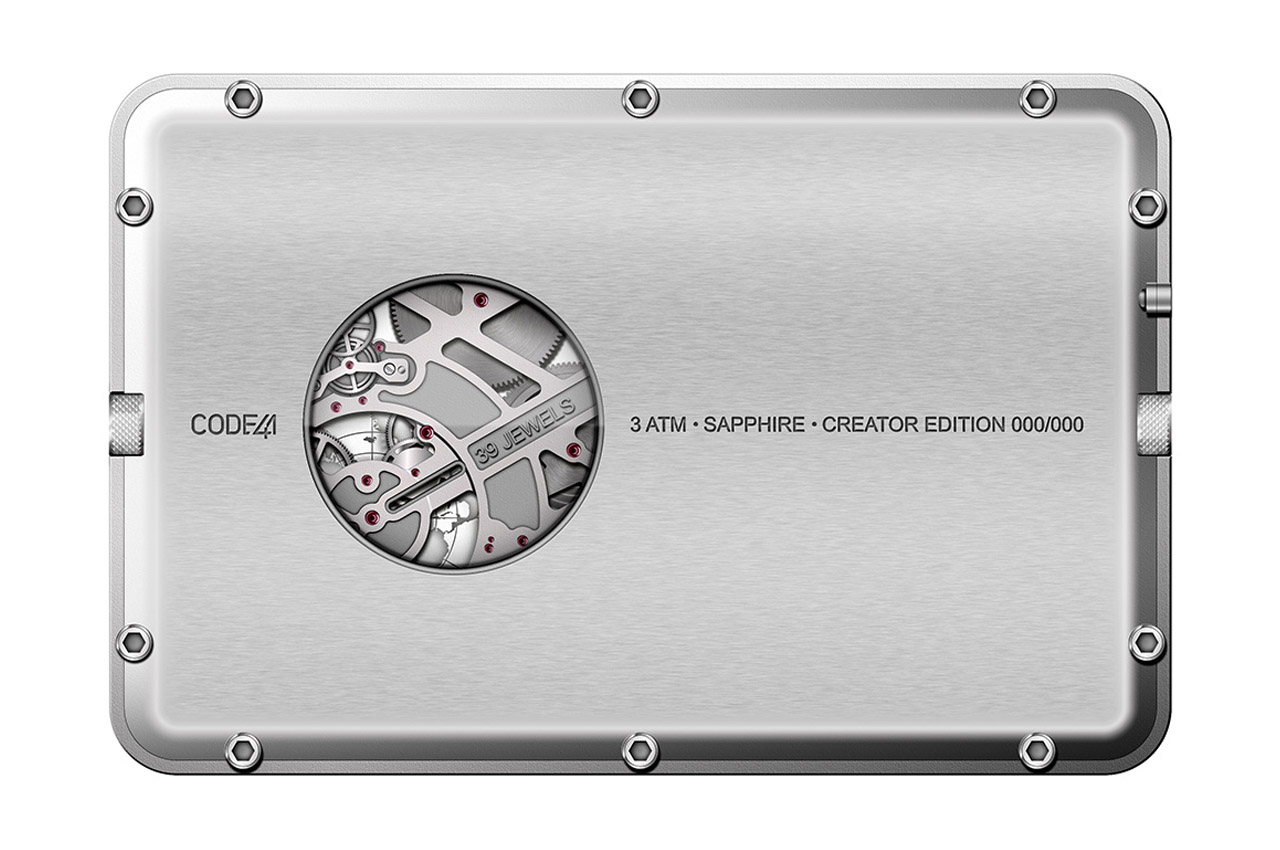 For the inquisitive, the watch has a skeletonized watch face that allows one to peek through the gear. The dial inside the titanium body is divided into two separate subdial systems. The main time is shown on the two subdials (big for minutes and small for hours) on the left half while the right half of the rectangular dial features GMT (second timezone) laid out over a world map engraved below. A semicircular dial on the top right depicting the power reserve wraps up the dial layout. Flipping the watch over displays a circular aperture that gives you a glimpse of the movement inside. Code41 Mecascape Submimation 1 is slated to retail from $9360. 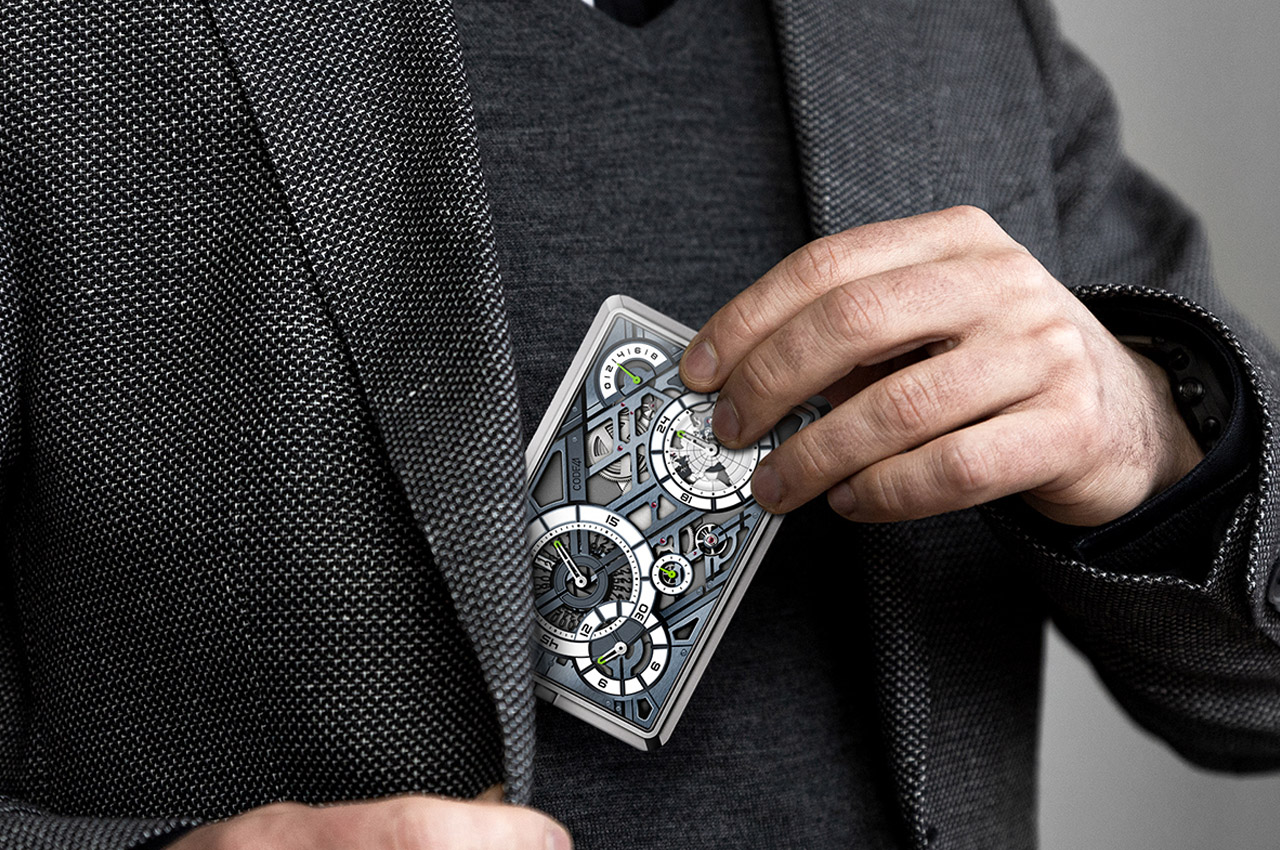 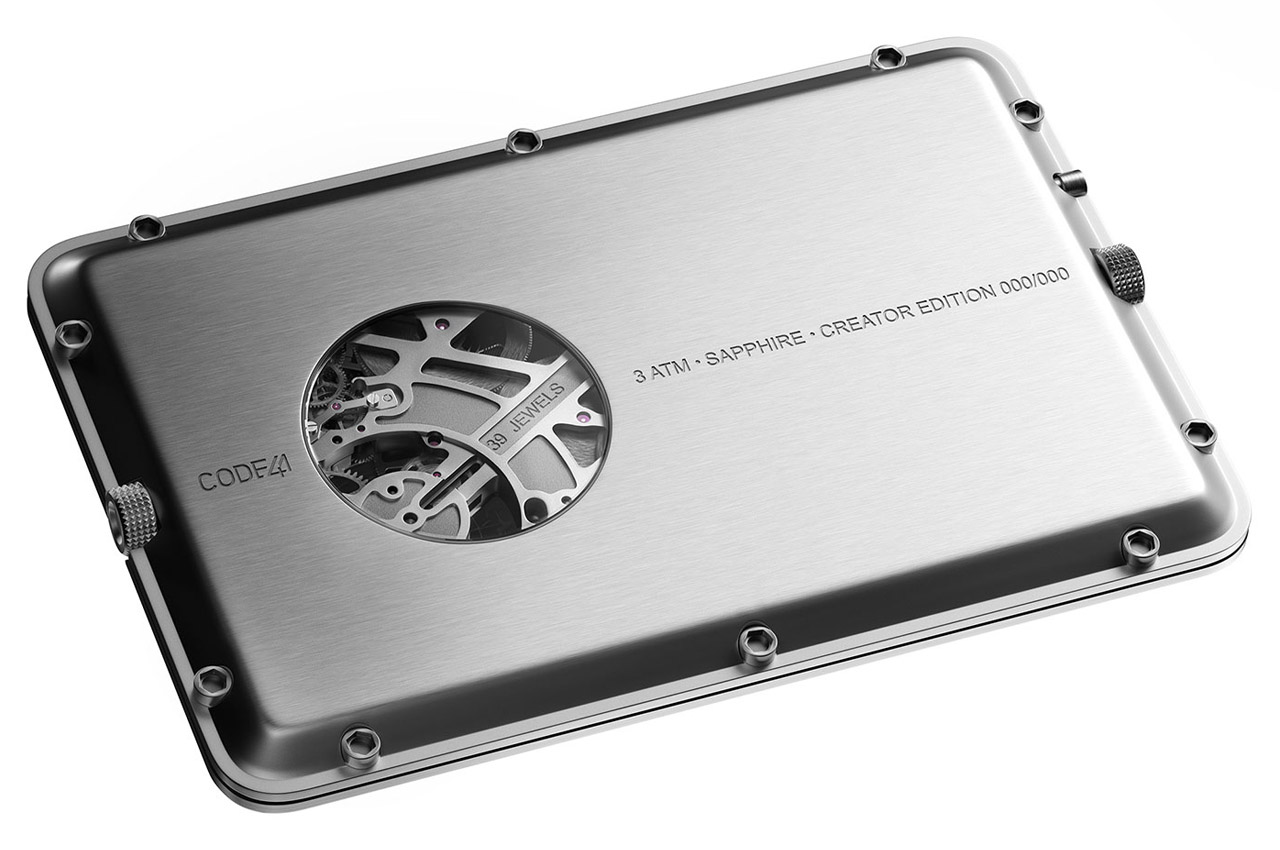 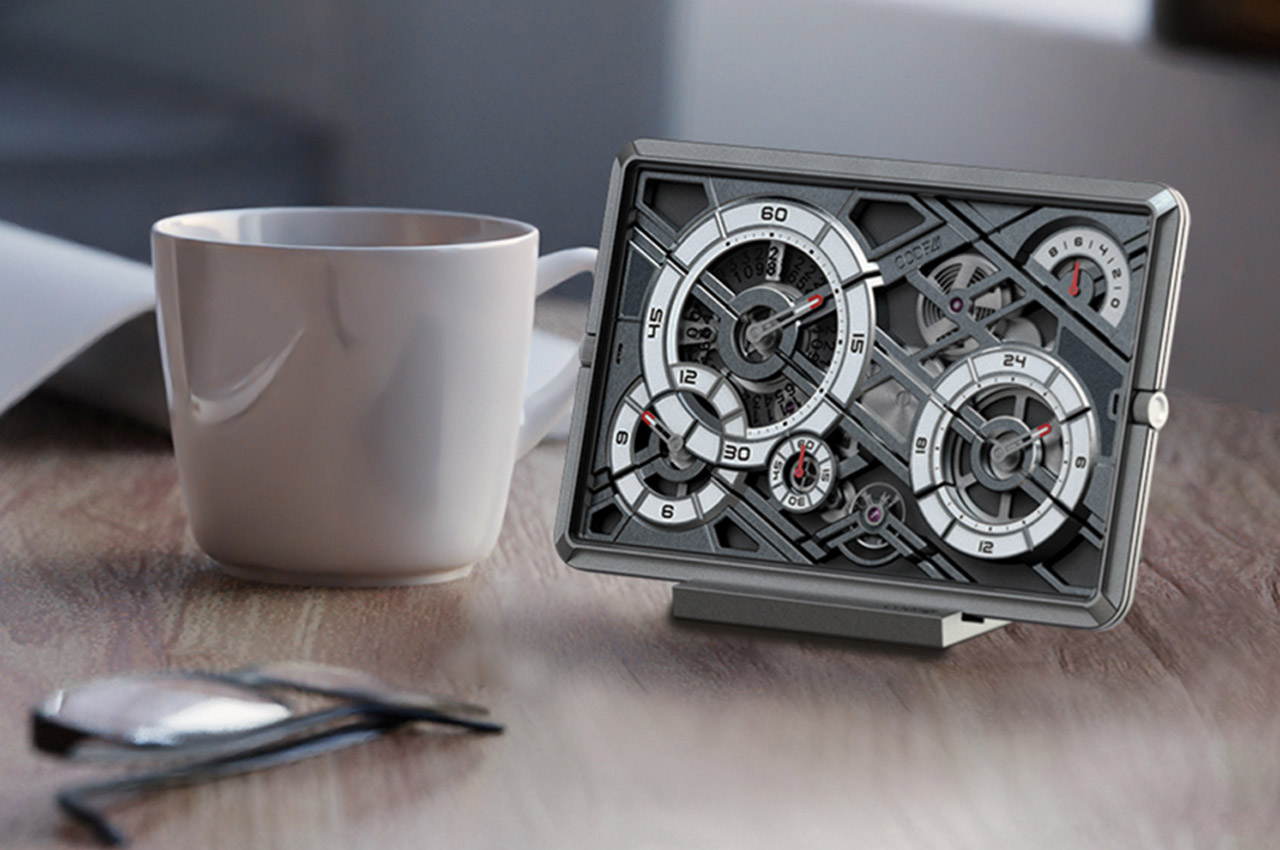 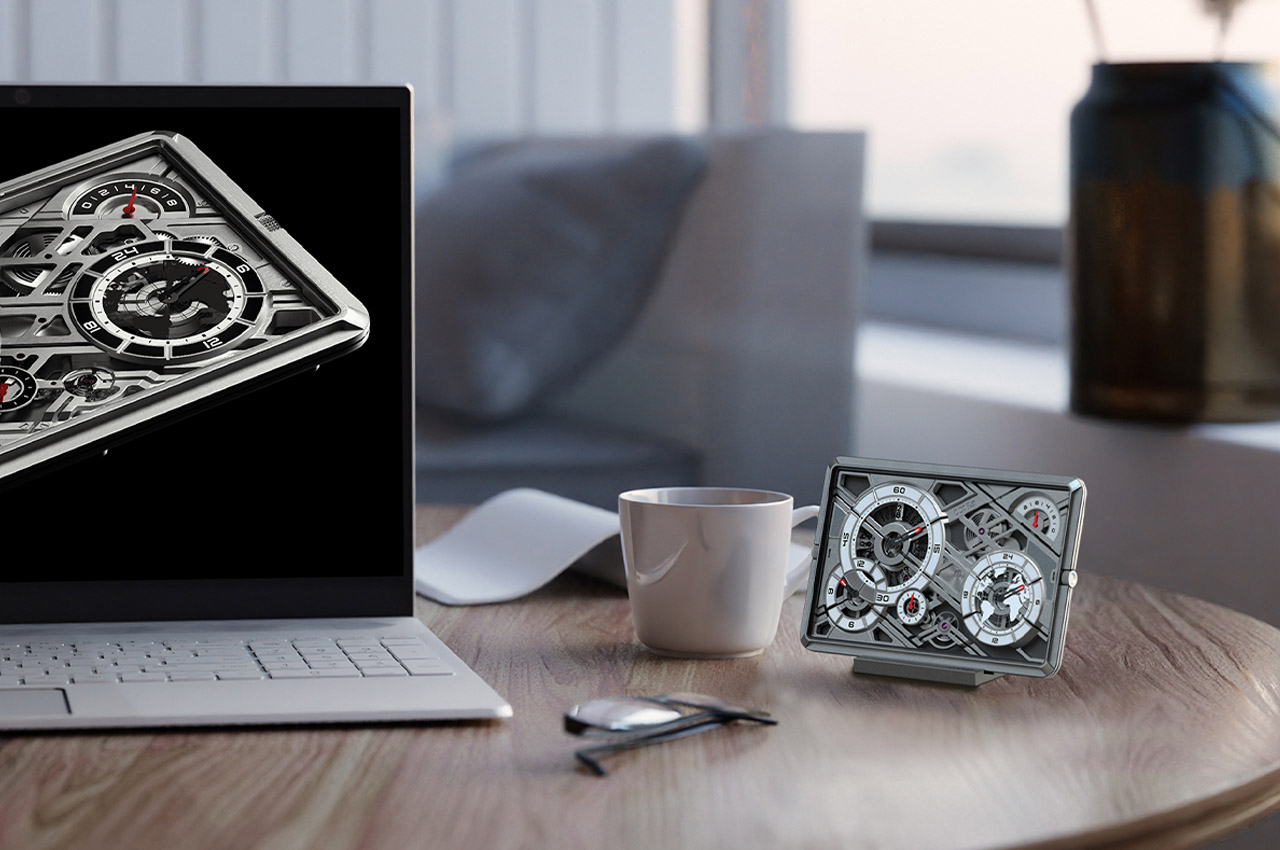 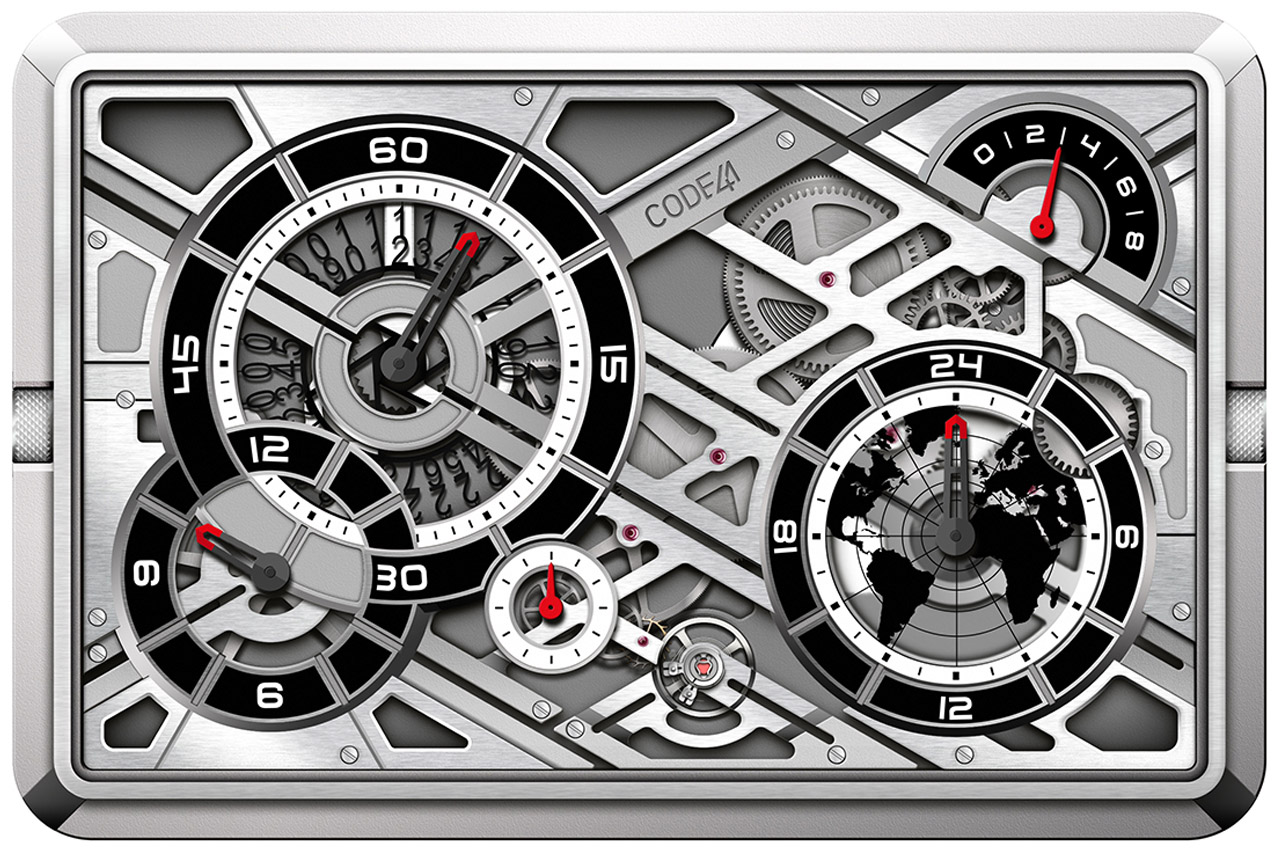 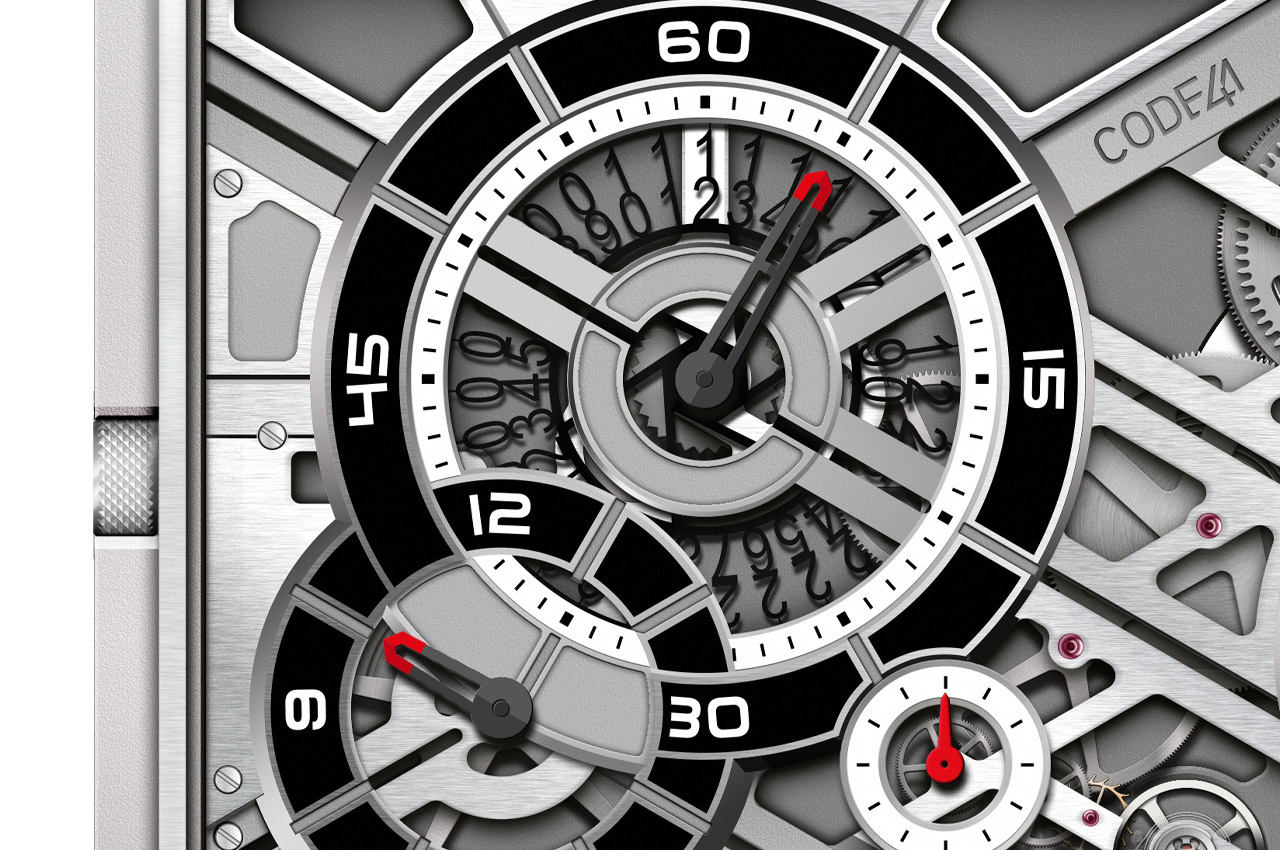 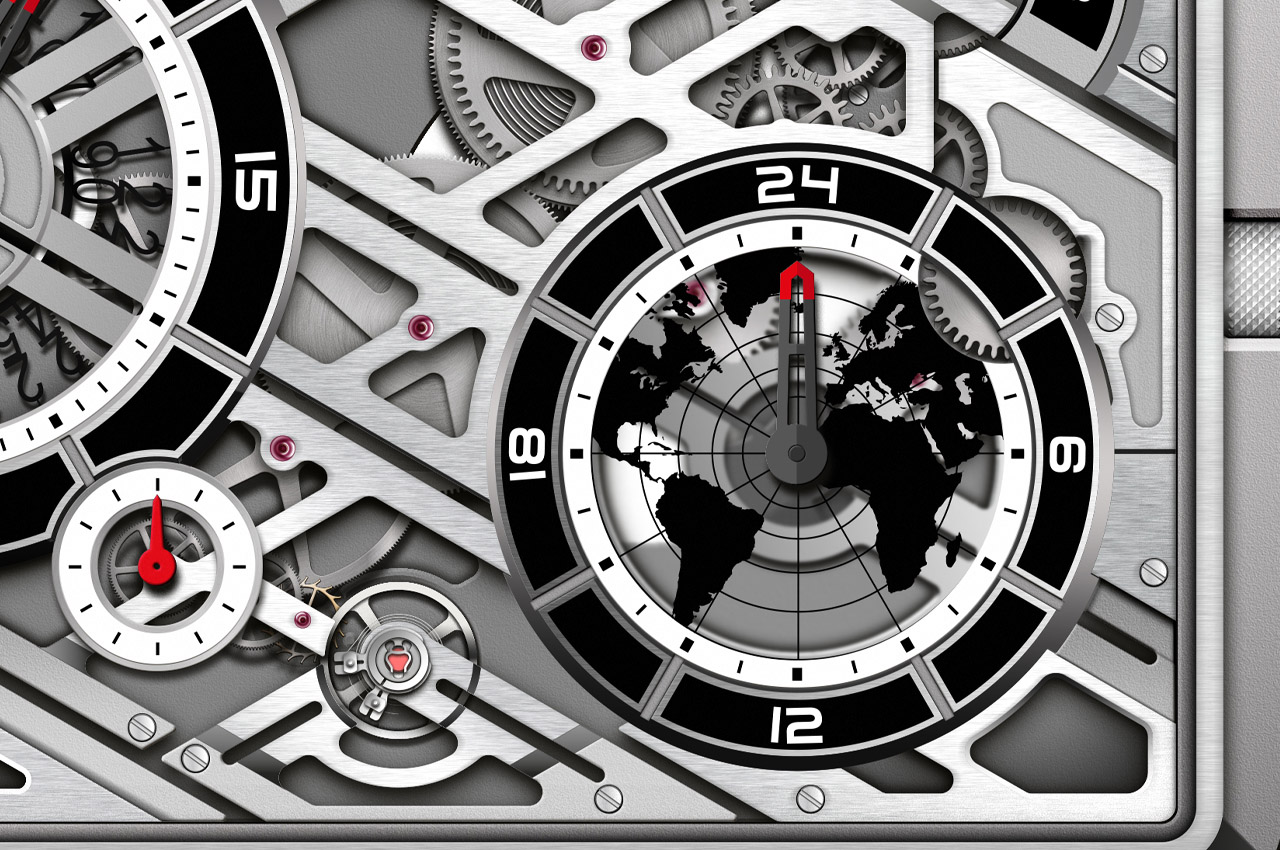 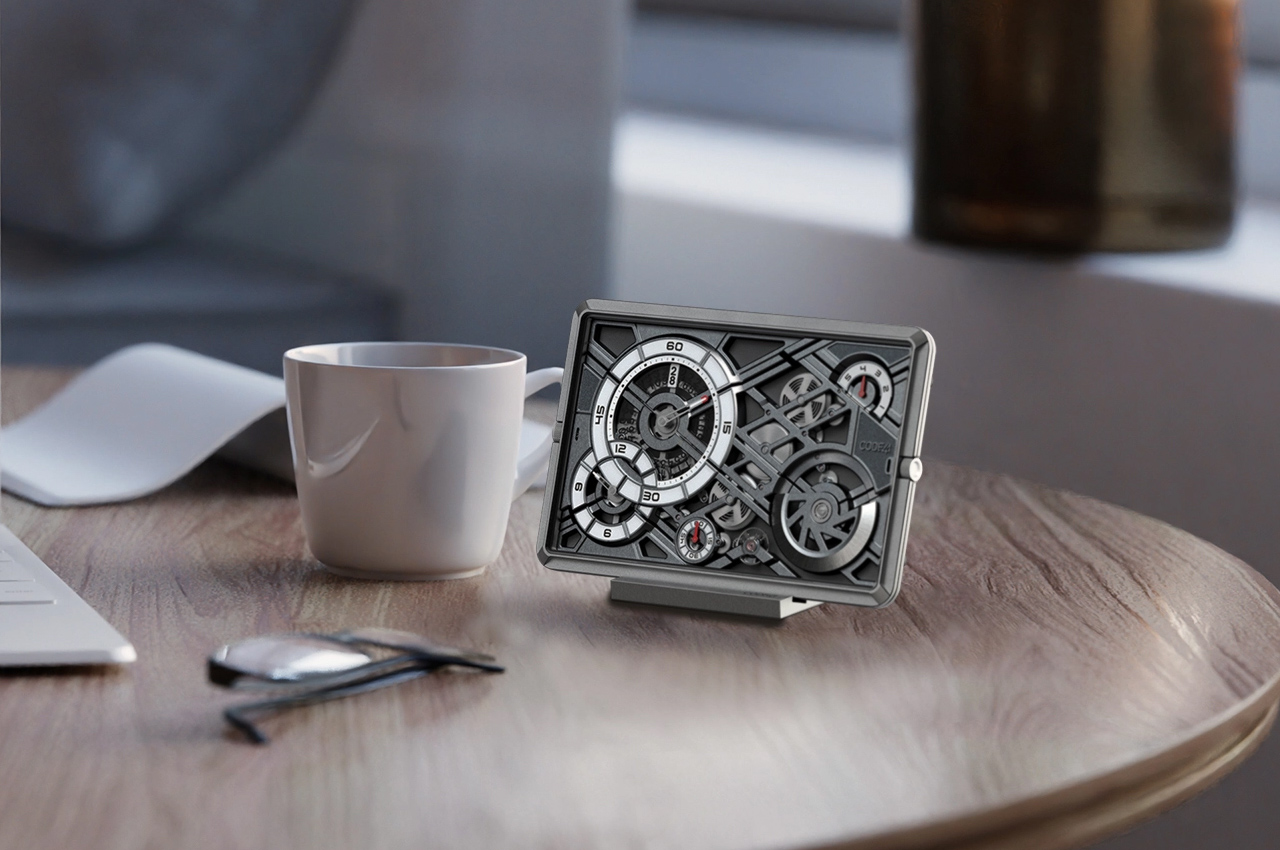 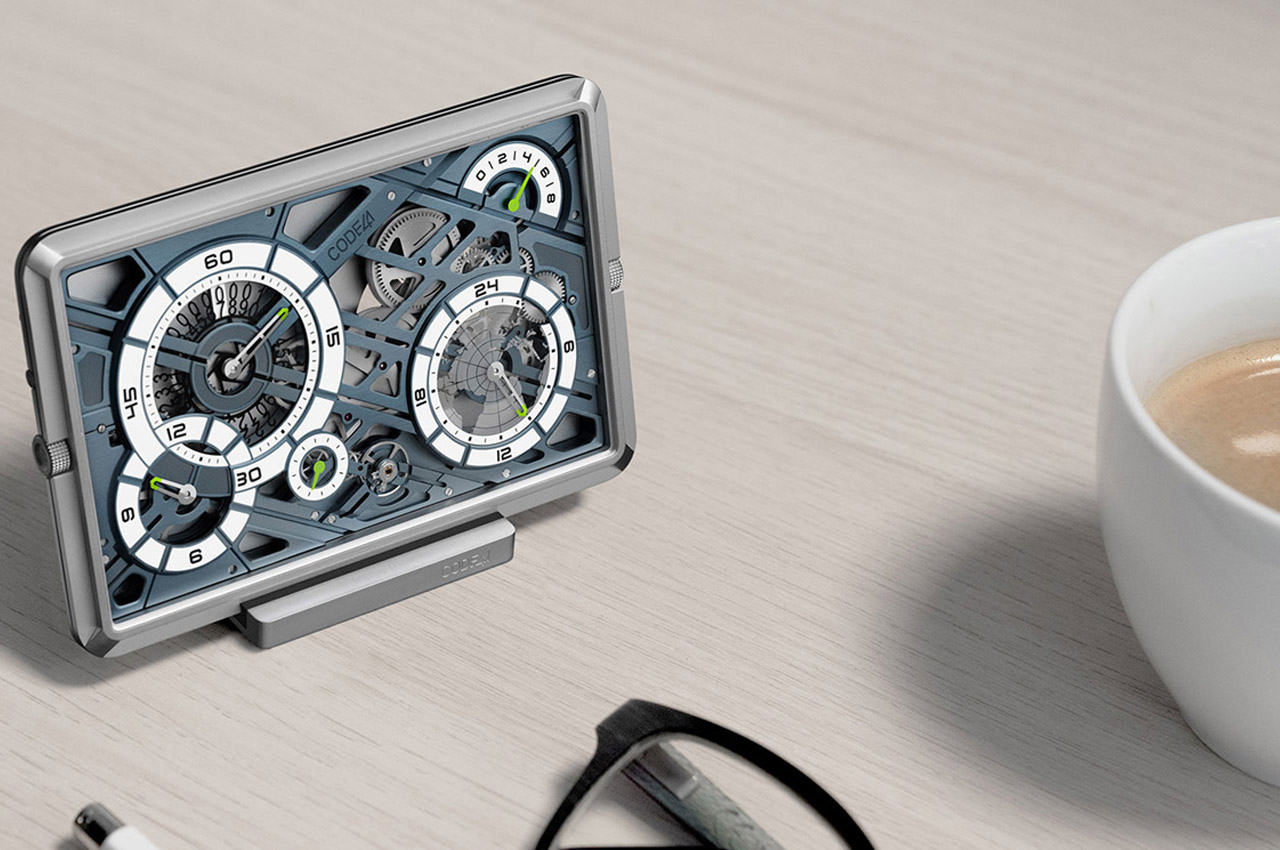 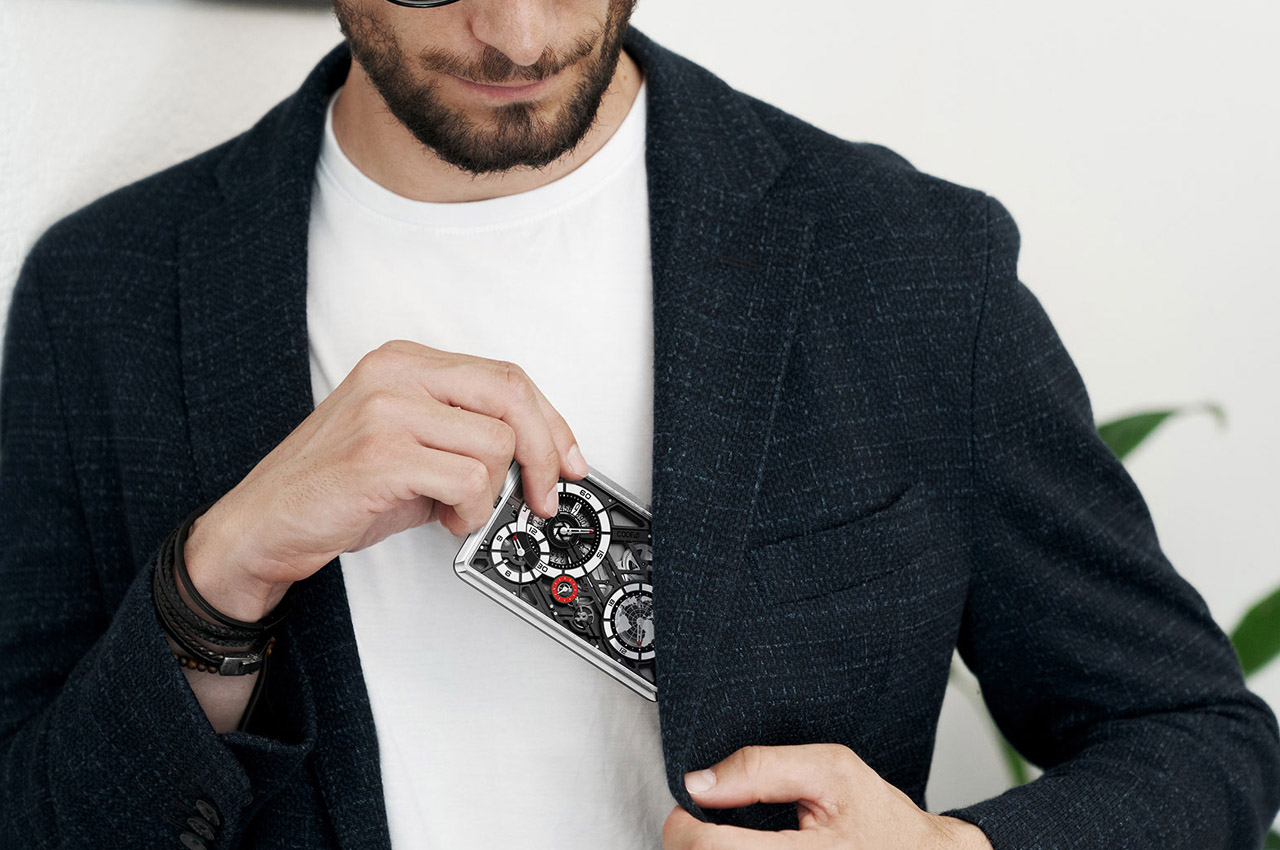 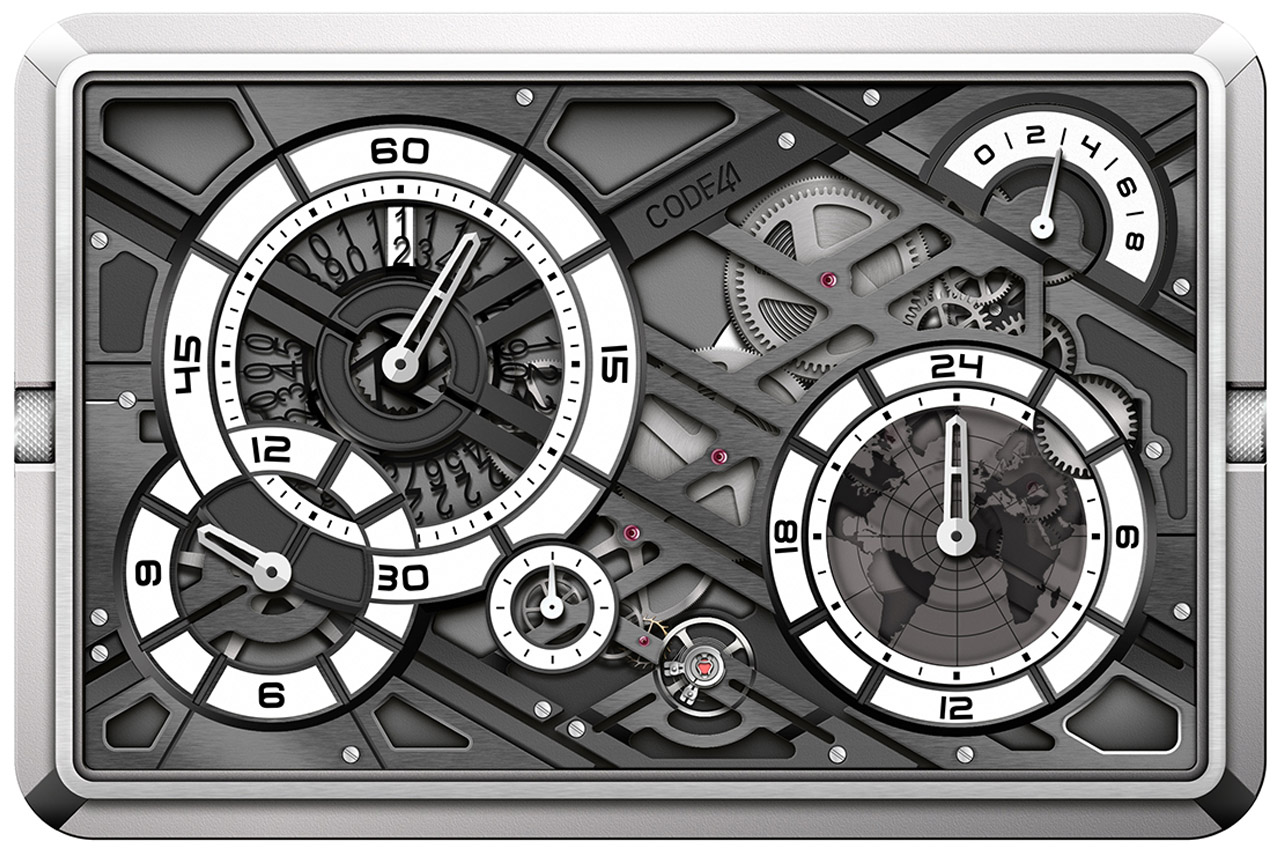 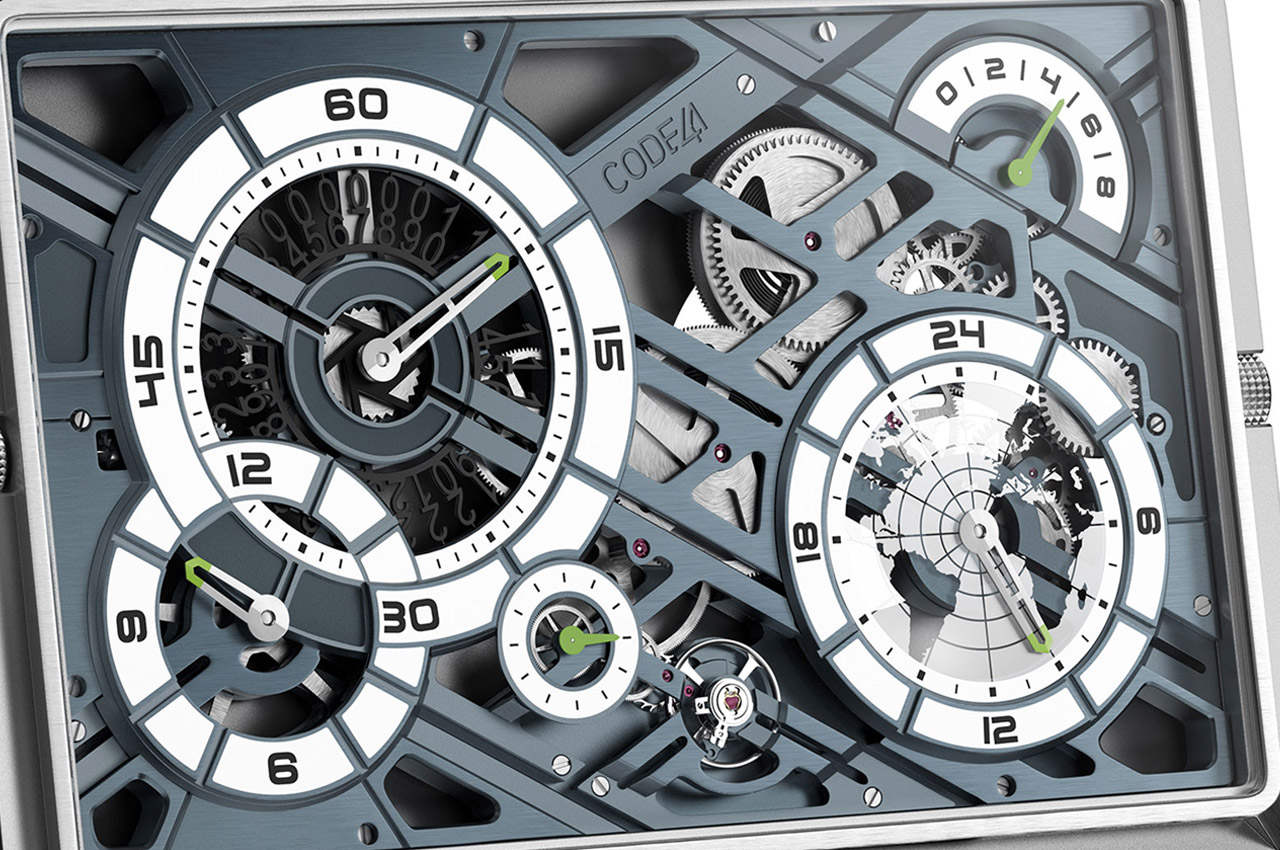 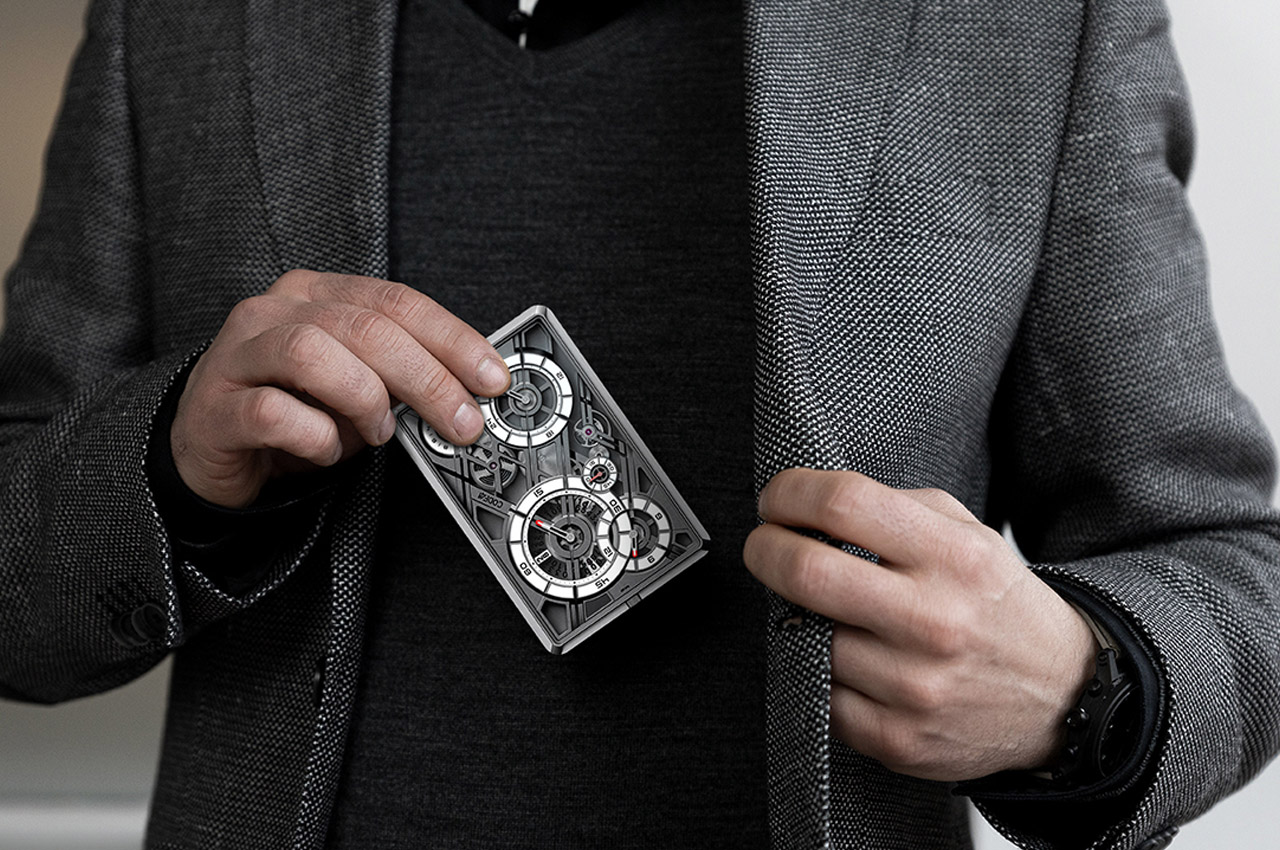 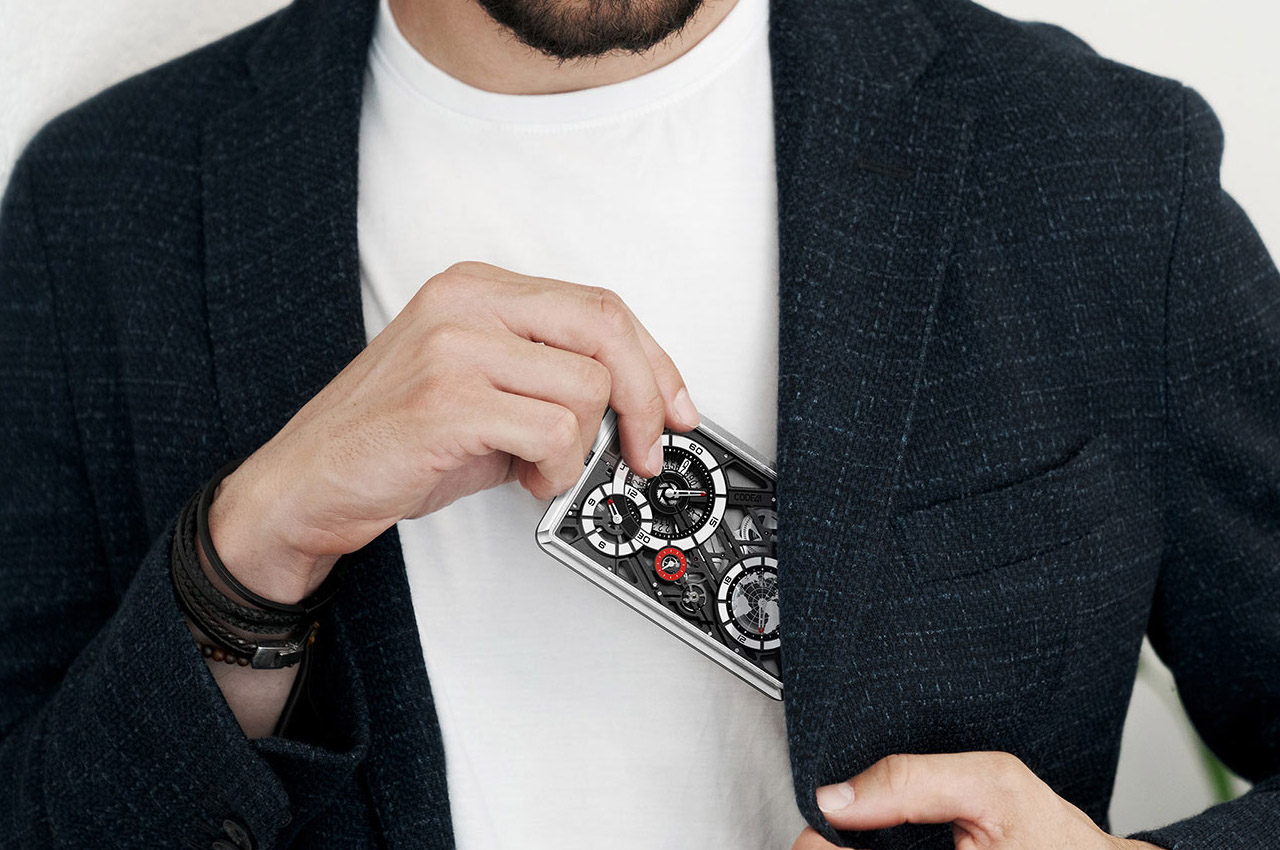 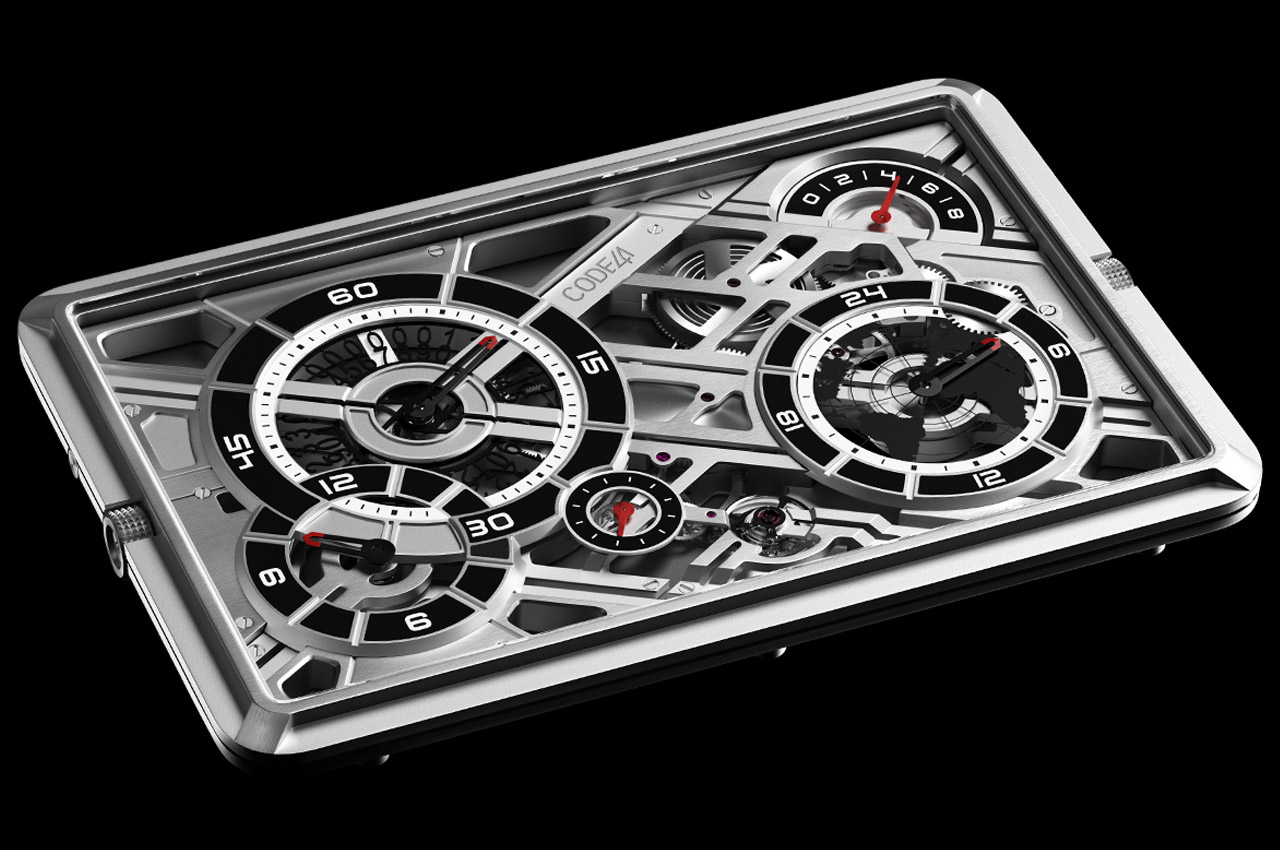 This Japanese wood-fired BBQ grill is a modern, minimal tool every cook wants!

Want to bring the evenly cooked smoked flavors of delicious barbeque grilled food to your porch or apartment balcony with a bit of style? The…

The Conversation is a collection of 8 mugs that aims to inspire just that! The series explores and encourages a dialectic in regards to design….

Power Wherever You Want It

Powerstrips, outlets, cables; ugh it’s a mess! Even tho we live in an age where convenience is king, it seems there’s never the exact length…