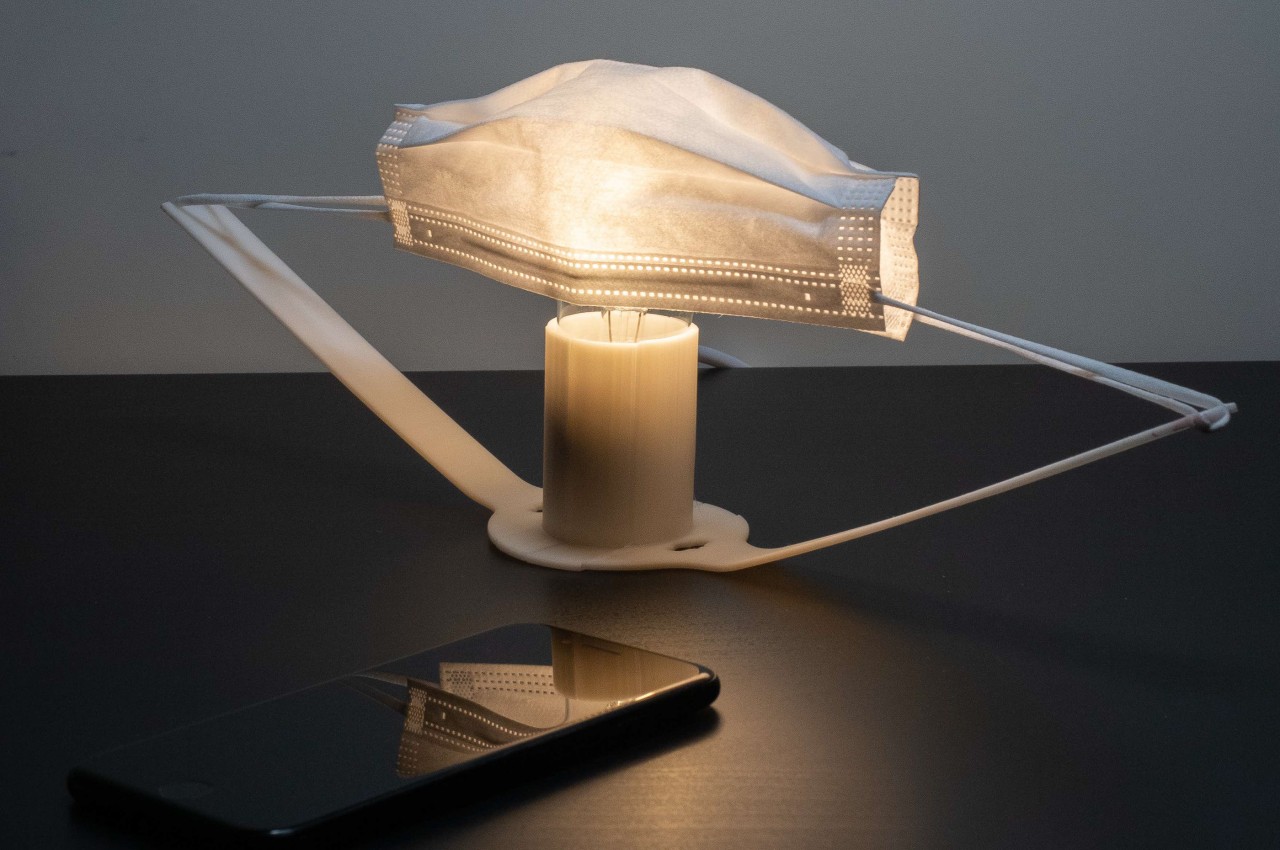 There have been many points in recent history when the world was gripped in fear and doubt of survival. They say that the worst enemy is one that you can’t see, and viruses definitely fall under that category. Since December of 2019, the world has held its breath in dread of the future, and although some might feel like it was just a bad dream, there are still many that wear a reminder of the horror and panic of the past year and a half. Fortunately, there is light at the end of that tunnel, and we seem to have emerged victorious. Almost like a metaphor for that, this rather simplistic lamp acts both as a reminder of those grueling months and our civilization’s tenacity to do whatever it takes to survive. 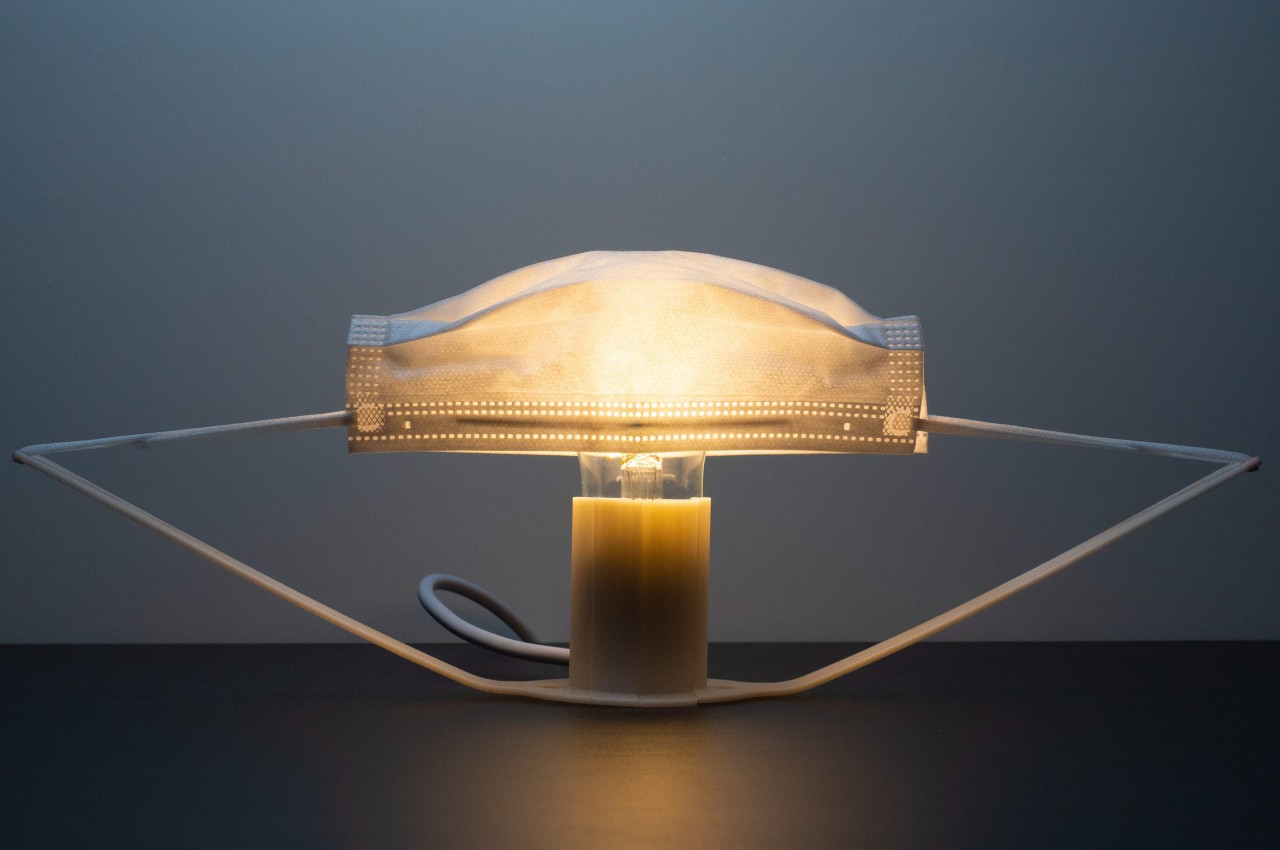 The most important part of a lamp might not be its bulb, though it’s naturally critical for its function. Almost any bulb, however, would be able to serve the function of a light source, but what differentiates a lamp from, say, a spotlight or floodlight is the part that diffuses and softens the brightness of that light. In most cases, it’s a lampshade; sometimes, it’s a simple covering or wrapper made from a specific material. In both cases, however, that lampshade or covering is also the most visible part of a lamp, giving it its distinct identity.

In that light (pun intended), it might be puzzling or even bizarre to see a surgical mask performing that function. On the one hand, its material actually does the job well of letting just enough light through while softening its brightness. It can even give the light a little hue, considering how different colored masks have popped left and right in the past years. On the other hand, it is definitely not a use case you’d expect for such a piece of medical protective equipment. 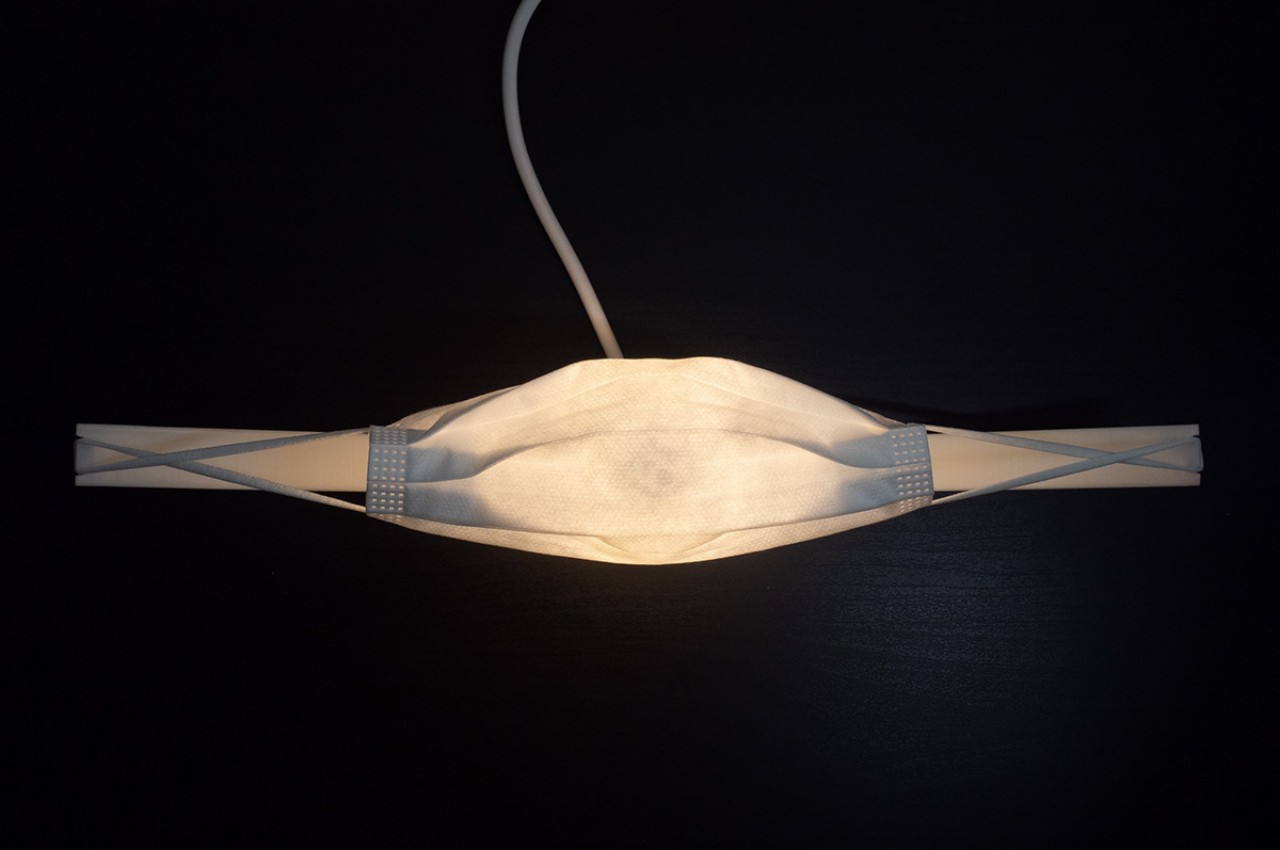 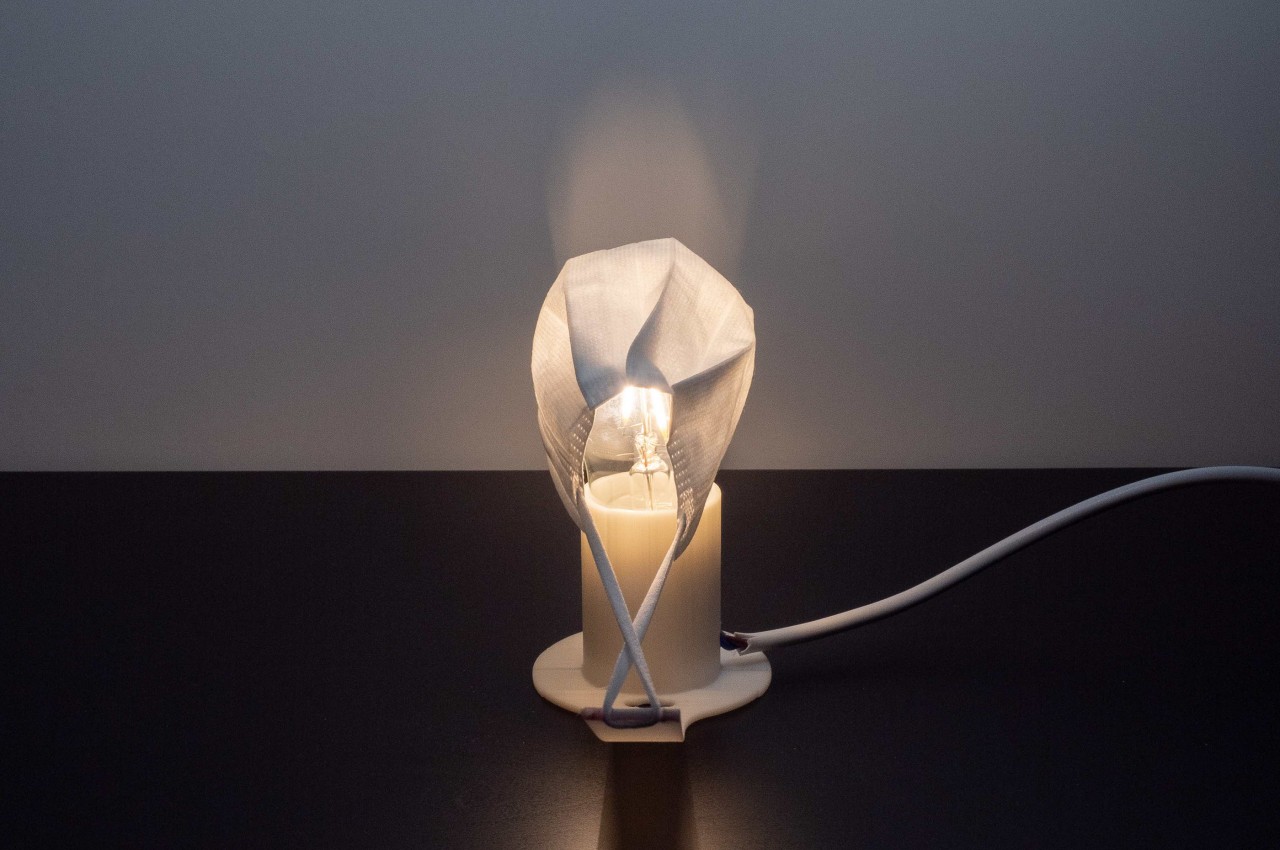 There is almost something poetic about its use here, though. For the past two years and a half, this mask has become the face of the COVID-19 pandemic. In many countries, its use is still enforced as the coronavirus continues to exert its presence. At the same time, however, it also represents humanity’s resilience during this crisis. Letting the light shine through is like sending a message of hope, especially in times of darkness.

The lamp’s design is plain and simple, with a mask draped over a bulb and kept in place by two arms extending from the sides of the base. It’s almost like a makeshift lamp that you can set up anywhere, though it’s not a good idea to put used masks here. Given the simplicity of its design, almost any kind of mask or bulb can be used. The most important thing is that the material is able to light shine through. 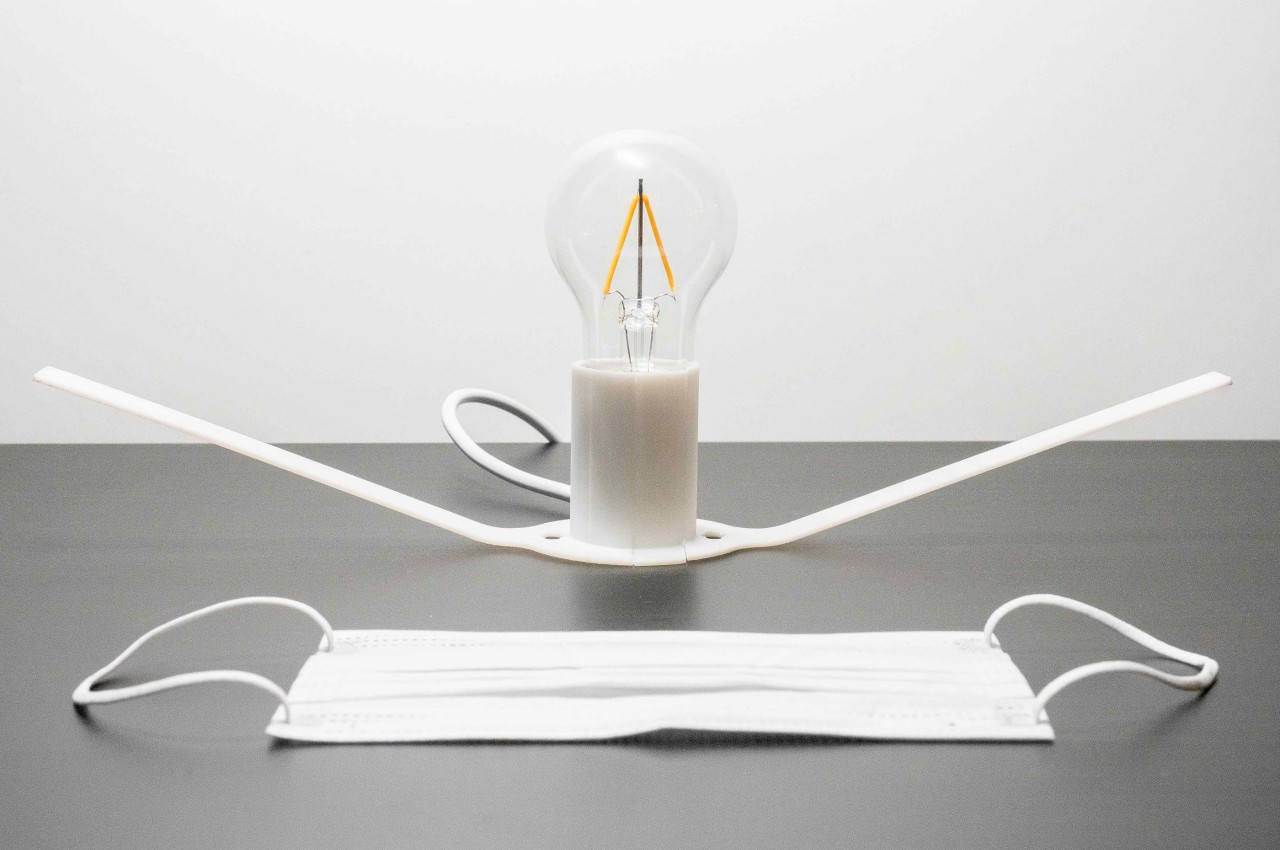 This Anonymlux concept is definitely not the most beautiful lamp you’ll see, but its design aims for impact more than aesthetics. With restrictions and regulations now slowly receding, there are dozens of unused face masks lying around, unnecessarily adding to waste. Some used ones even pollute waters and lands, ironically killing the planet after saving human lives. In that sense, the lamp also serves as a reminder not to waste the chance that we’ve been given by helping save the planet for generations to come. 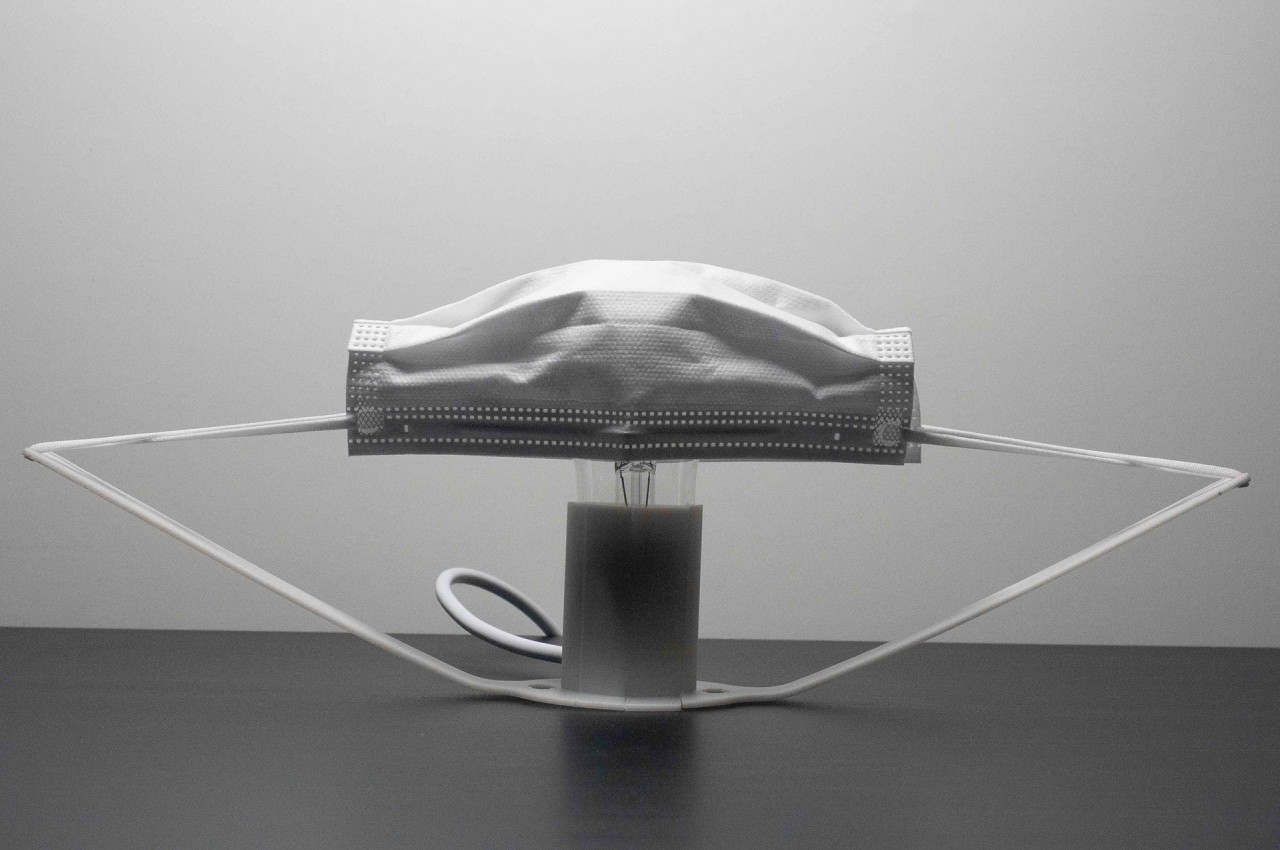 Modular roof-shaped lighting that goes from your desk to your floor with ease!

Lamps are an almost essential addition to our workspaces, they allow us to burn the midnight oil or introduce a little bit of atmosphere into…

The first in a series of origami-inspired light fixtures, the Deer Head Light Fixture is a playful geometric twist on taxidermy that brings light and…

Come On Baby Light My Fire…

Looking for new ways to ignite the fire between you and your true love? “Matchlight” is the answer for you. Designed as a mood lighting…

The Morpheus chandelier is shaped by the viewers’ imagination: from a circle, to a square, to an infinity sign and anything in between. The many…