While FPV drone operation remains an incredible skill that requires reflexes, patience, and a lot of money for expensive drone gear, the DJI Avata is making the elusive art of FPV drone flying a little more accessible to the masses.

DJI is on top of the world, metaphorically as well as literally. Not only is the company absolutely dominating the drone market (despite tariffs and restrictions caused by geopolitics), but it’s also been pretty successful in filling every void in the drone category from the needs of beginners to seasoned FPV racers and even filmmaking professionals. Moreover, the company’s latest drone, Avata, is quite literally a high-flyer for a pretty affordable budget of $629. 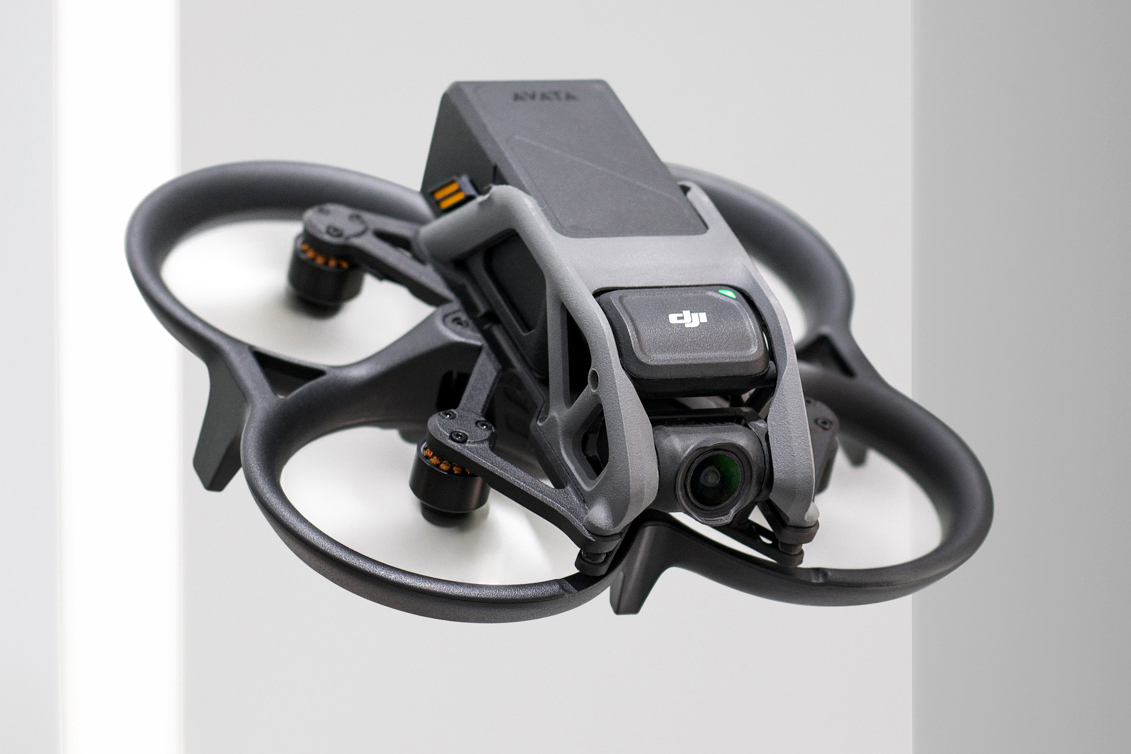 FPV Drones are just built differently from cinematic ones. They’re made for speed, split-second reflexes, and are much more powerful than the average drone. This makes them much more expensive too (DJI’s FPV drone from last year started at $1,299), but DJI is determined to democratize them. The Avata is the company’s flagship ‘consumer-grade’ FPV drone that’s designed for amateurs as well as seasoned flyers. It’s fast, capable, and has an incredible camera, but it’s also heavy, rugged, and built to take a few bruises. 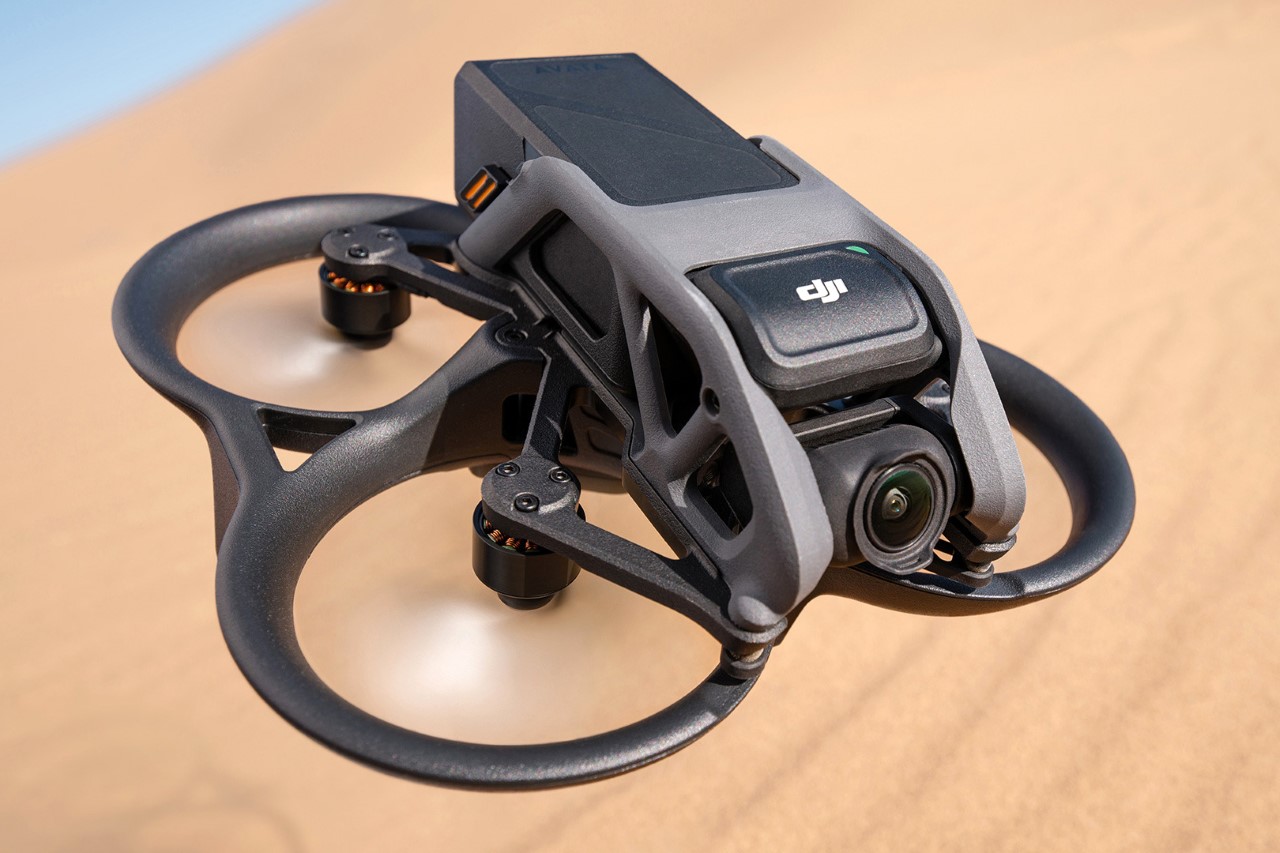 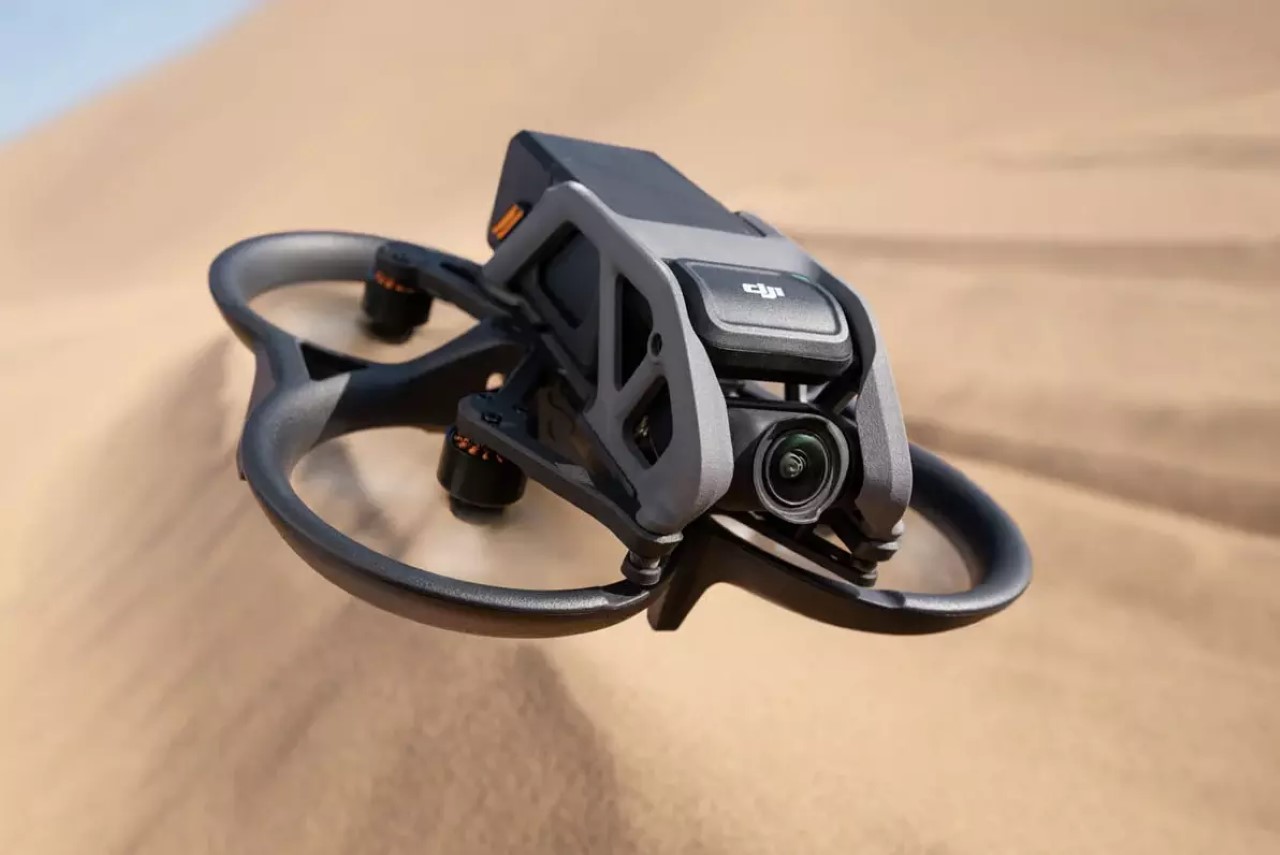 Unlike cinematic drones, FPV drones are designed using a separate template. Given that they focus more on flying forwards rather than upwards, the drones are designed considering the fact that they’re perpetually leaning forward. To this end, the Avata comes (like most FPV drones) with a camera mounted on the front, rather than the underside. The camera sits on a stabilizer, and the drone itself is modeled on the popular quadcopter format, although the Avata’s propellers come with rather sizeable propeller guards to prevent any permanent damage to the drone’s wings. This robust construction adds to the Avata’s weight, bringing it up to 410 grams (which means it’ll need to be registered with the FAA before you fly it around the place). 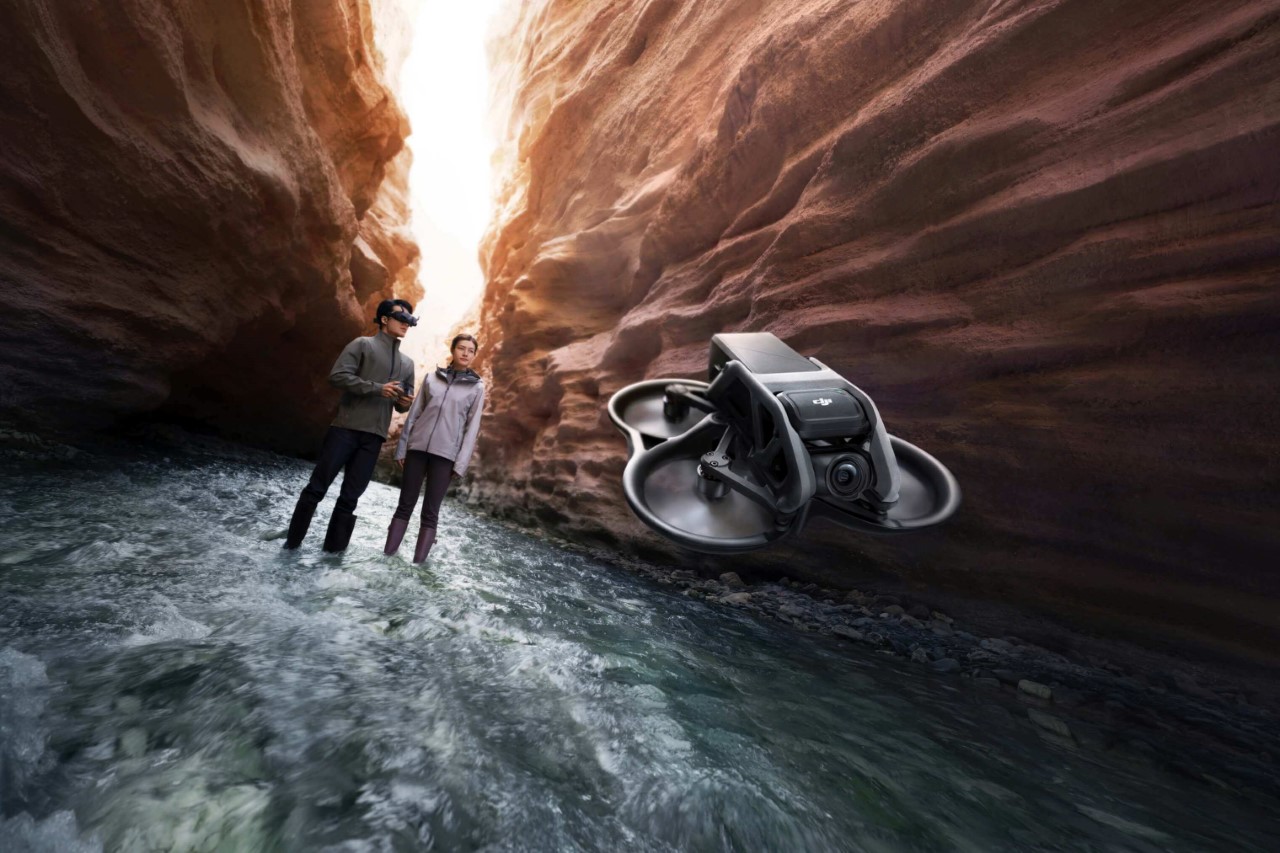 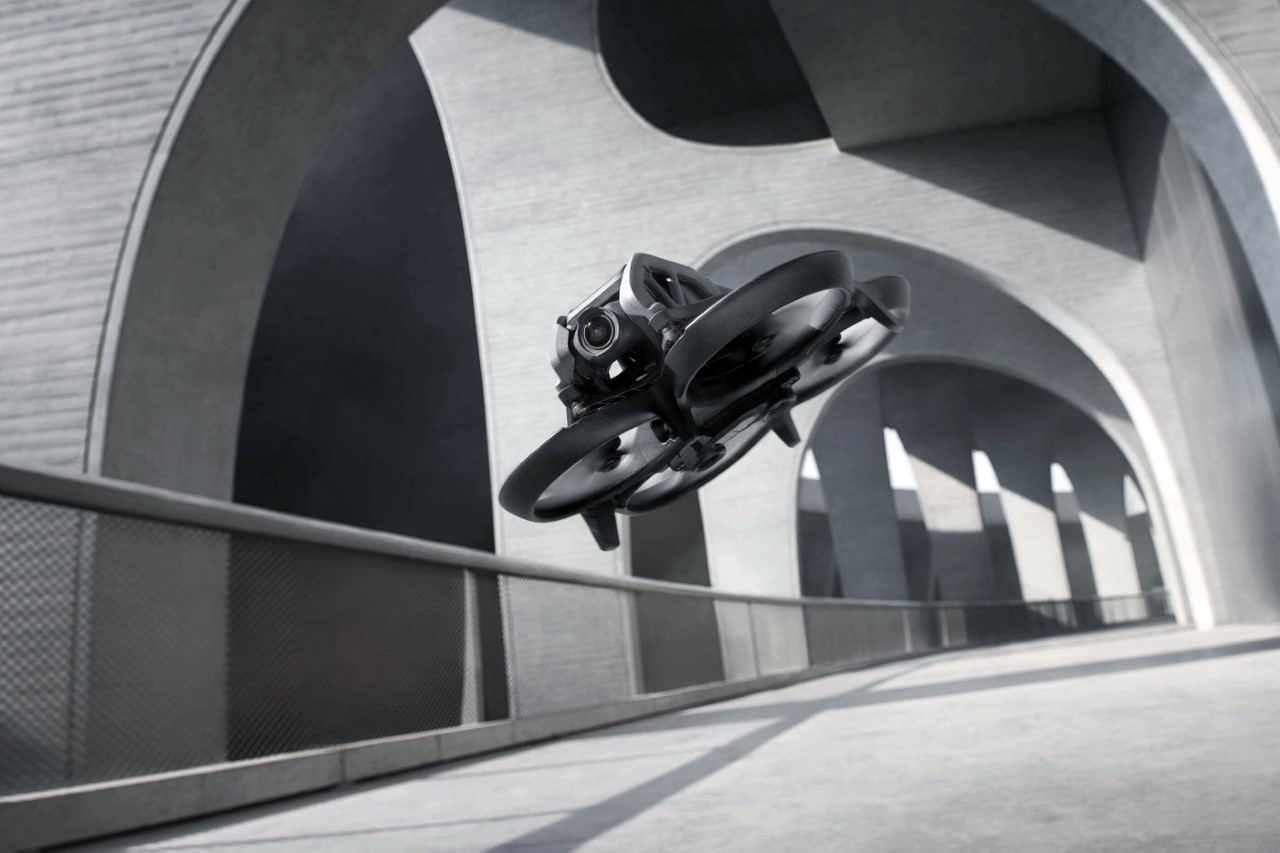 The DJI Avata comes equipped with a  48-megapixel Type 1/1.7 sensor that’s capable of delivering 4K shots at 60fps, or shooting even at 120fps but at a reduced resolution. The lens on the front features  wide 155-degree FoV that captures more than the human eye can see, sending all that footage at a mere 30ms lag to the drone’s headset so that the ‘pilot’ can instantly react as the drone traverses its path. The Avata comes with 18 minutes of flight time, which may not seem like a lot, but at those speeds, 18 minutes can get you to cover quite a distance. In fact, the Avata drone can transmit video to the goggles up to distances of 10 kilometers. 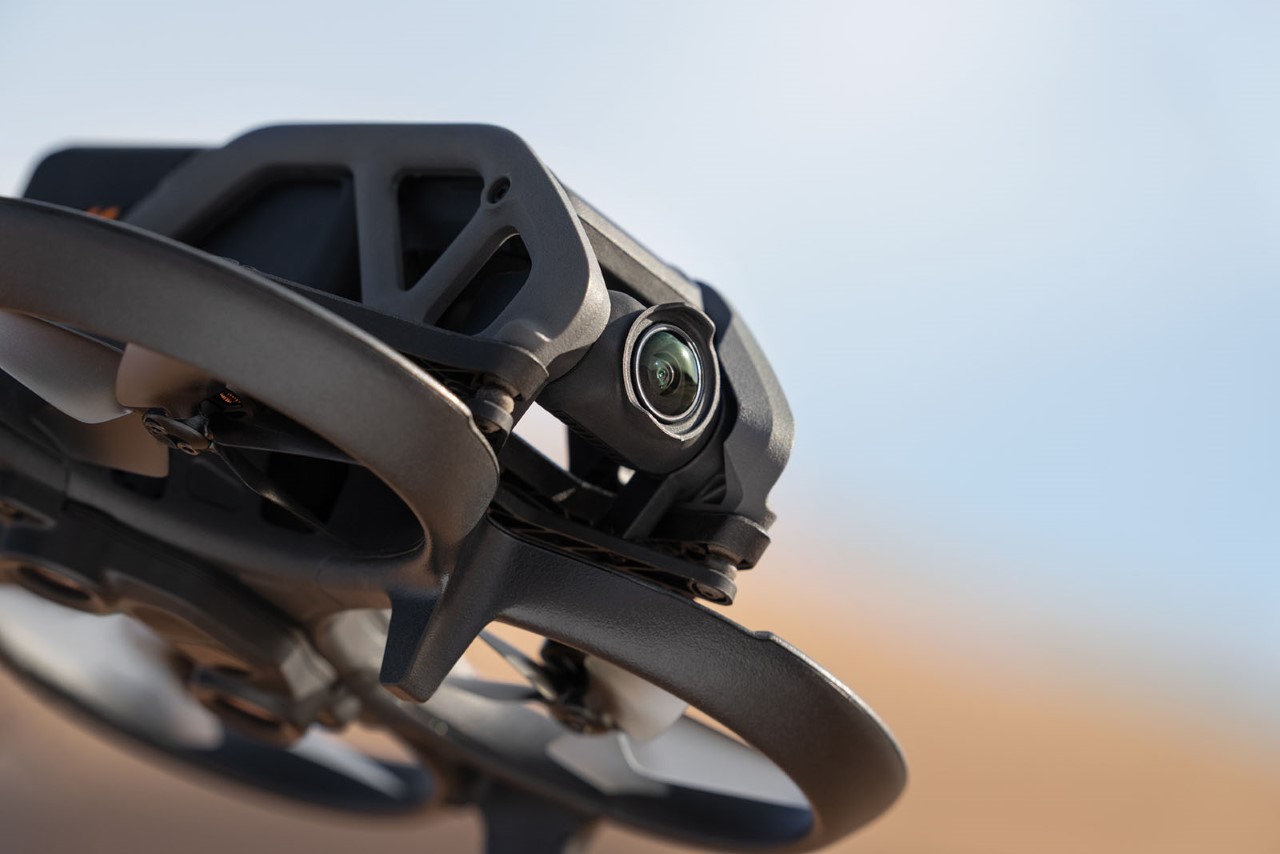 The drone, aside from the build and the camera, is quite an impressive little beast too. It comes with two sensors on its underside that can help detect obstacles, enabling low-altitude flight and also allowing it to sense when it’s above water (so as to not accidentally land on it). The drone also comes with a halt-and-hover feature that allows it to instantly brake in the air to avoid any chances of head-on collisions. 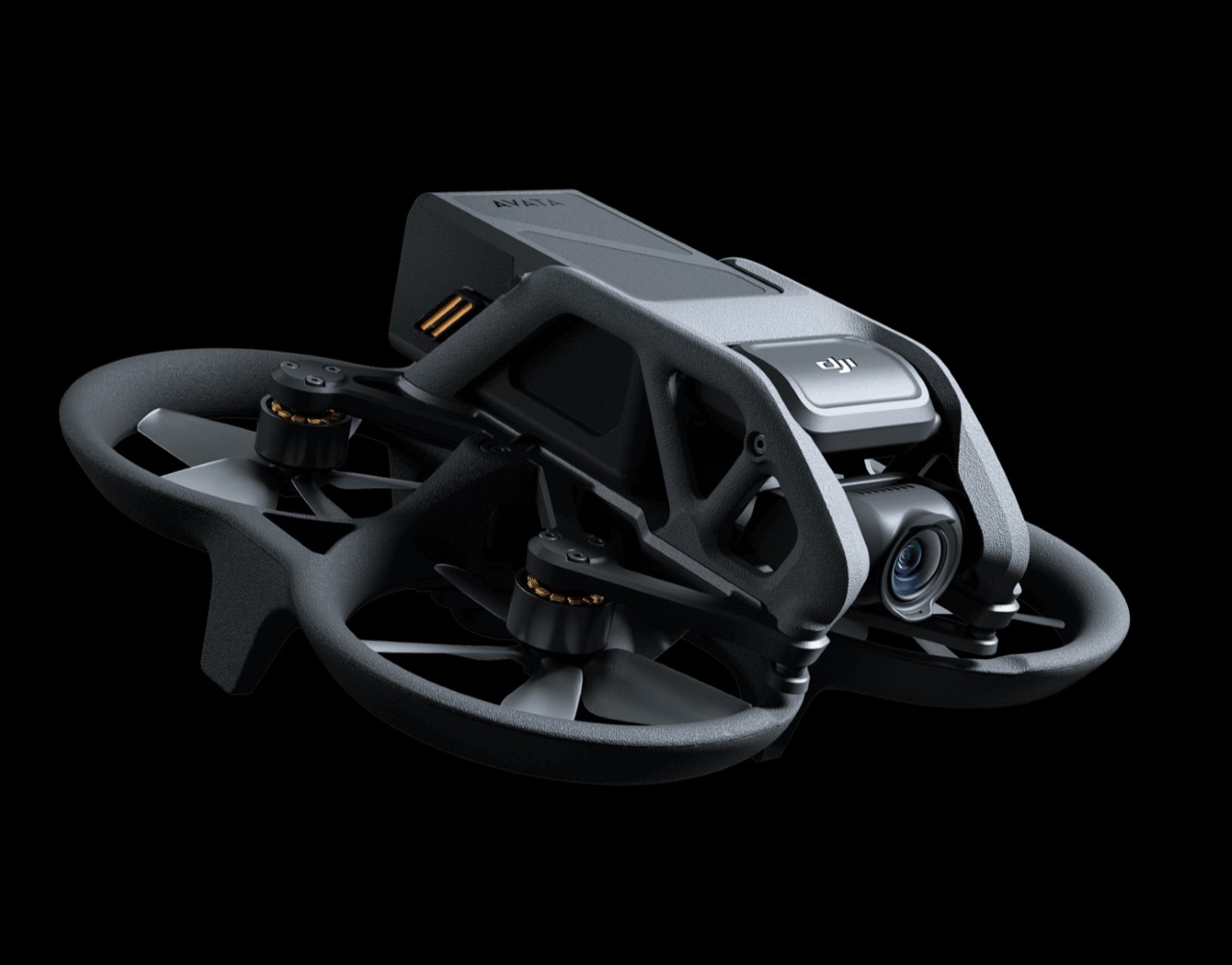 While capturing footage, the Avata’s RockSteady 2.0 and HorizonSteady abilities help stabilize the footage and keep your horizon relatively, well, horizontal (avoiding having the video tilting dramatically while the drone tilts). Like its predecessor (the more expensive DJI FPV), the Avata offers 3 modes of flying – Normal, Manual, and Sport. It’s compatible with DJI’s Goggles 2 headset, and can even be controlled using the intuitive Motion Controller from the previous FPV drone. Just the drone itself starts at $629, although you won’t get a remote controller, goggles, or the proprietary motion controller at that price. For the full trimmings, be prepared to shell out as much as $1388 which includes all the bells and whistles. It’s still relatively cheaper than the DJI FPV, and much more capable than anything you can build in your own workshop… 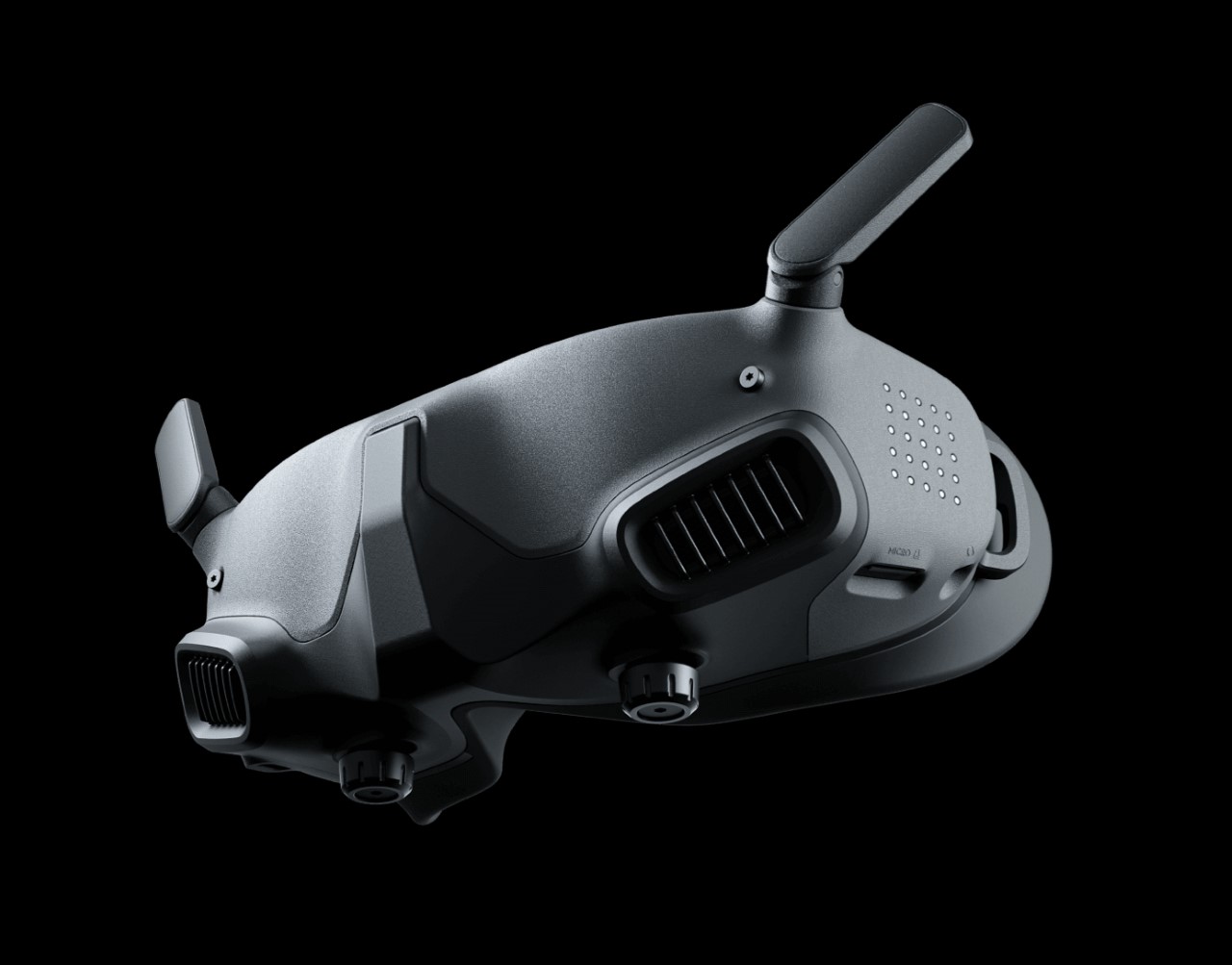 The 24-inch iMac is unlike any other iMac from Apple, focusing on slim design and processing power. While the funky colors it comes in and…

The pandemic birthed a lot of home chefs, who discovered a deep and profound love for cooking! Surprisingly, I was one of them. Before the pandemic…

A smartphone gaming controller that morphs to your gaming needs

As we enter the age of limitless, ‘anywhere’ gaming, the Alpha Gamepad increases that sense of freedom with a full-feature controller designed to morph around…