DJI‘s latest drone doesn’t want you to simply operate it… it wants to put you in a virtual cockpit. The DJI FPV Drone isn’t so much about being an incredible drone as it is about boasting of its one, standout feature – the FPV or First Person View. Armed with a pretty futuristic-looking pair of goggles, a low-latency video transmission unit, and a redesigned set of controllers, the DJI FPV drone is about giving YOU the thrill of the flight by allowing you to see exactly what the drone sees… in real-time!

At the heart of the DJI FPV drone are two incredibly revolutionary innovations. Firstly, its HD Low-Latency Transmission of video that gives you the ability to view high-definition footage from the drone in stunning real-time; and secondly, its set of hardware controllers, which allow all sorts of users to experience the FPV’s glorious adrenaline rush, whether you’re a novice or a pro drone-flyer.

The quadcopter drone was built for the thrill of racing. Its uniquely curved and aerodynamic design is engineered for minimal drag, as well as to house all of the drone’s modular, removable, and replaceable parts, including the battery, camera, gimbal, landing gear, and the top shell (which acts as a helmet, protecting the drone from head-on collisions). Needless to say, if your drone ever feels the wrath of a tree or a boulder, it can, for the most part, be fixed or repaired. 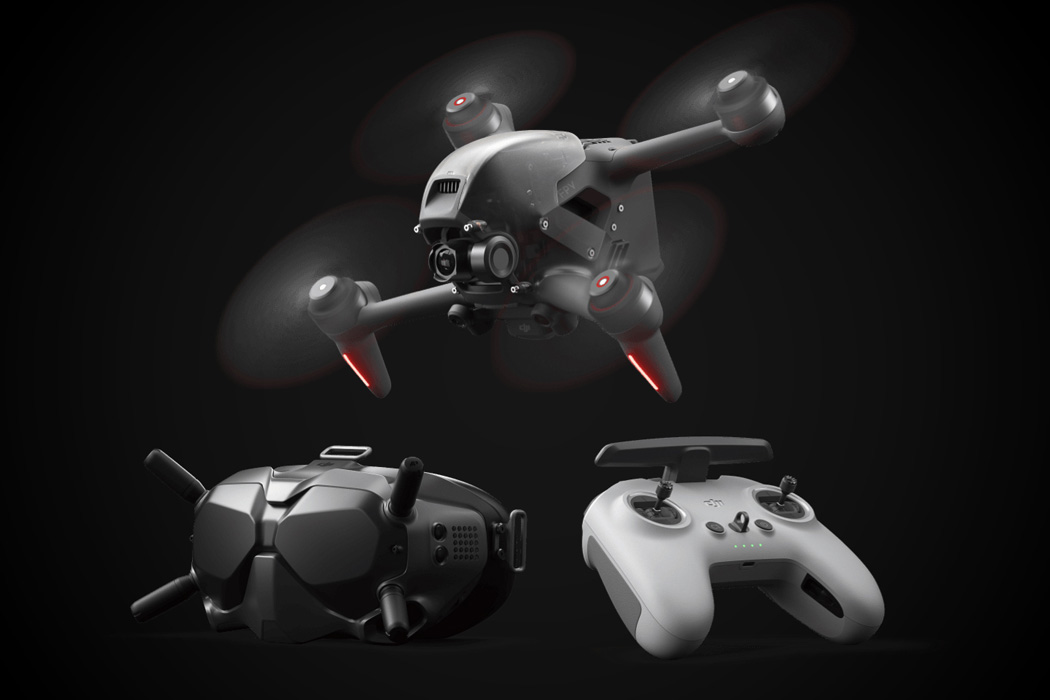 Designed to put you right in the driver’s seat, the DJI FPV drone boasts of a camera that’s arguably as cinematic as the ones found on its Phantom series of drones. The DJI FPV aircraft can record 4K/60fps video at up to 120 Mbps, capturing crisp details that make footage look as exhilarating as the flight. Electronic Image Stabilization reduces jitter during flight, while DJI boasts of being able to beam videos from the aircraft to the goggles with as little as 28 milliseconds of latency, up to a distance of a whopping 10 kilometers or 6.2 miles. With that kind of speed comes responsibility too, which is why the aircraft comes built-in with a whole set of preventive measures and fail-safes to ensure your drone doesn’t crash or plummet from the sky as its battery dies out. Multiple sensors located on the aircraft allow it to dodge obstacles, while smart RTH features ensure the drone makes its way back home when it’s low on battery. In fact, the gear comes pre-equipped with Automatic Dependent Surveillance-Broadcast (ADS-B), which receives flight location information of manned aircrafts in the area, sending alerts directly to your goggles to avoid problems. 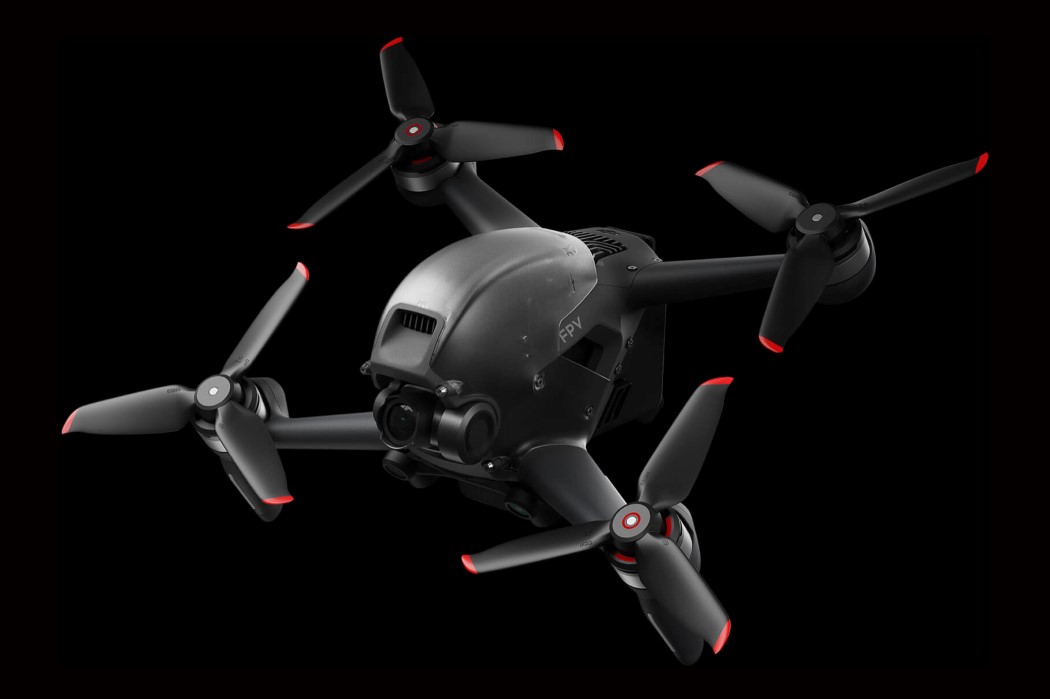 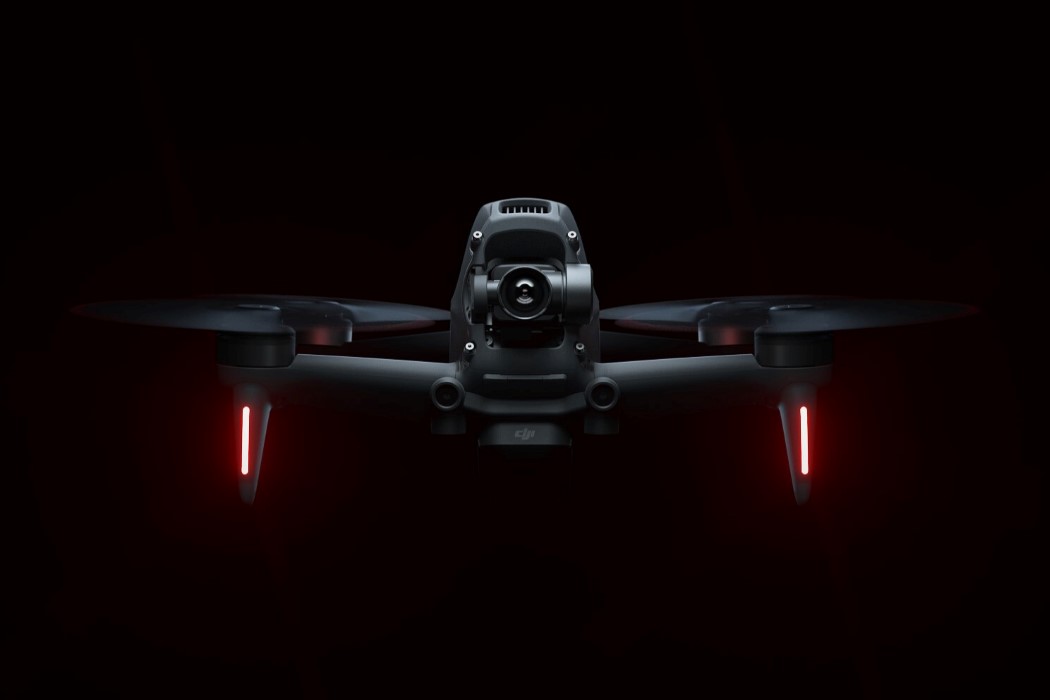 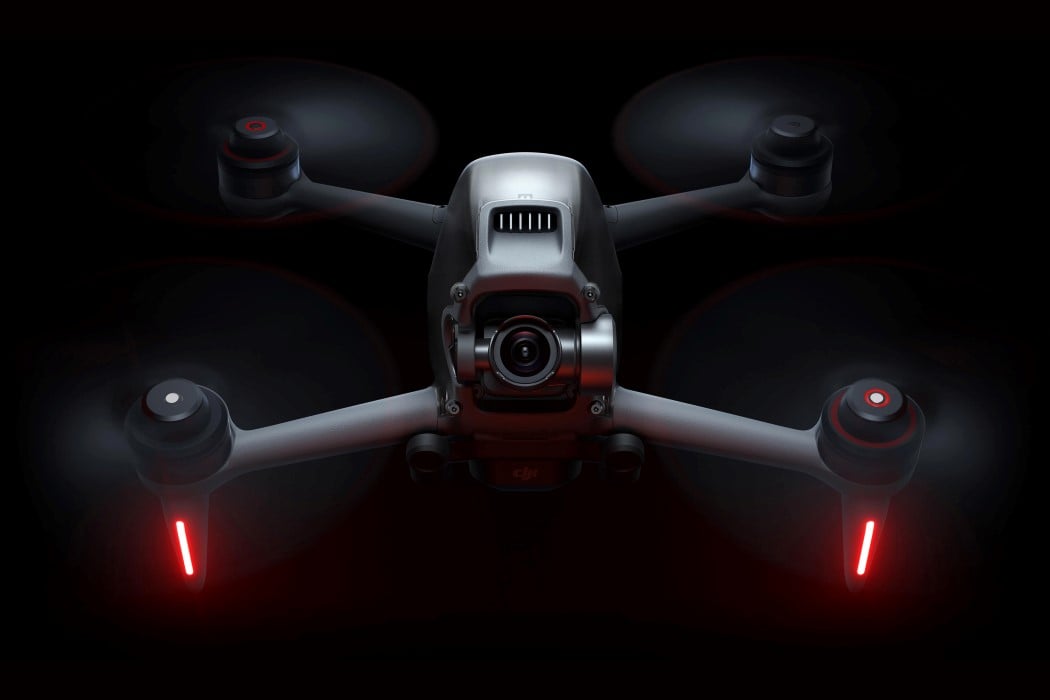 The goggles/headset forms the primary sensory element of the FPV experience, allowing you to see what the drone sees. It isn’t like your everyday VR headset, but rather sports a super-wide 150° FOV (so obstacles never sneak up on you), along with a max frame rate of 120 FPS, giving you ultra-smooth video transmission with practically no delay… so you can zig-zag to avoid obstacles like a fighter-jet, make freefall dives like a falcon, or perform stunts like a, well, stuntman! The goggles even offer a virtual training experience with the DJI Virtual Flight App for your smartphone, allowing you to race through VR environments before you actually take to the skies. 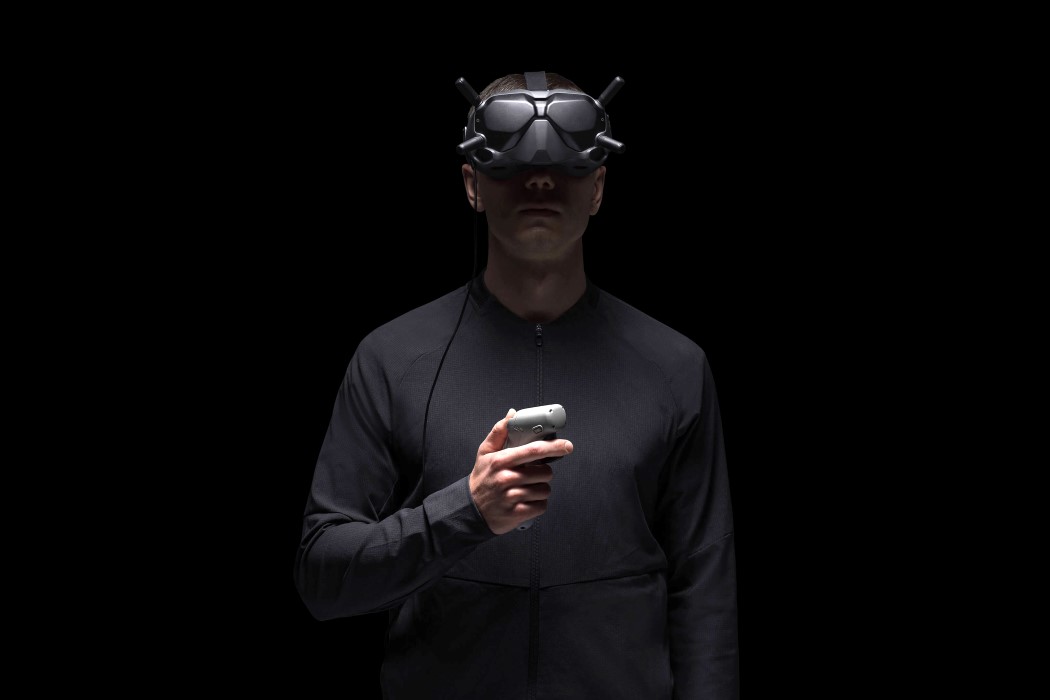 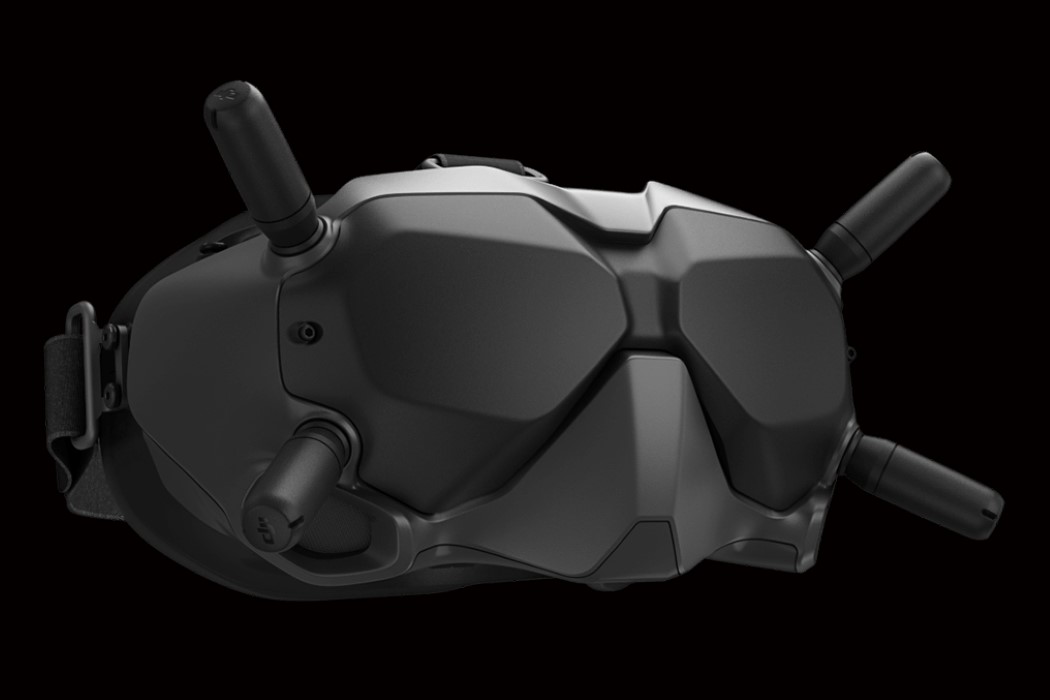 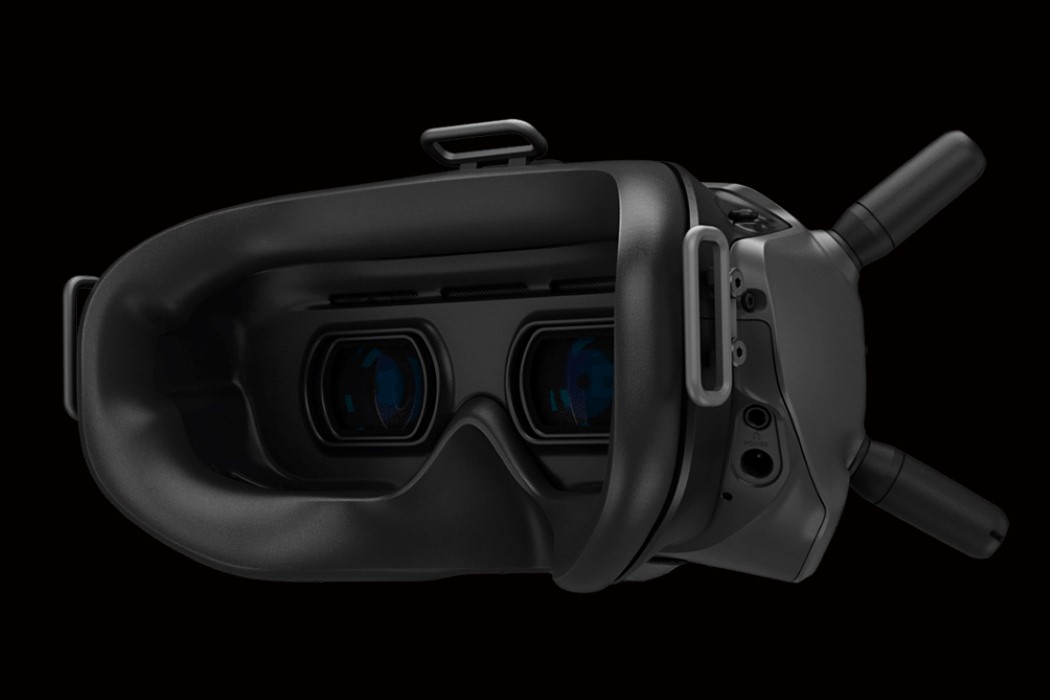 To maneuver the drone, DJI offers two controllers that unlock the aircraft’s true potential. You have the standard handheld controller which lets you operate the drone as you would any other, albeit with three different modes. The S-Mode unlocks simplified flight, giving you the freedom of fully manual flight with simplified controls. The N-Mode, however, is ideal for new users and novices, offering a traditional flight experience with safety features like obstacle-sensing. The M-Mode gives you complete manual control, intended for seasoned FPV drone racers. You can customize parameters and enjoy limitless control over your aircraft, including acceleration speeds of 0-100km/h in a mind-numbing 2.0 seconds!

The second controller feels a lot like entering into VR territory. Styled like a joystick, or the kind of controller you’d get with a VR headset, DJI’s Motion Controller (sold separately) lets you literally control the drone with your hands. You can maneuver the drone by simply tilting and moving the joystick around, giving you an incredibly intuitive and natural controlling experience. Moreover, a dedicated stop-and-hover button lets you instantly pause the drone in mid-air (a feature that’s great in emergencies), and a return-to-home button allows you to summon the drone back with a simple push of a button. Every aspect of the DJI FPV aims at giving you unbridled control over the drone, and putting you in the drone’s virtual cockpit. Unlike DJI’s other drone offerings that are made for videography, the FPV is for the sheer thrill of being able to fly like a bird, jet, or quite frankly, like Tony Stark… minus the weapons and hand-repulsors of course!

The DJI FPV drone currently retails for $1,299 on DJI’s retail website, with an additional $199 for the Motion Controller. 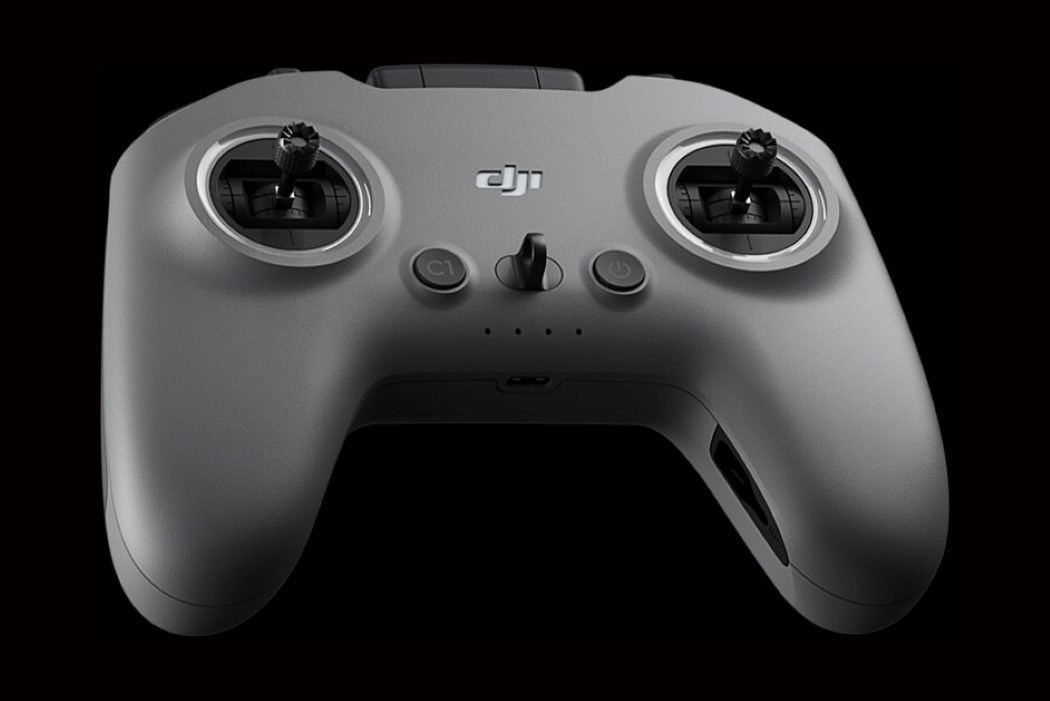 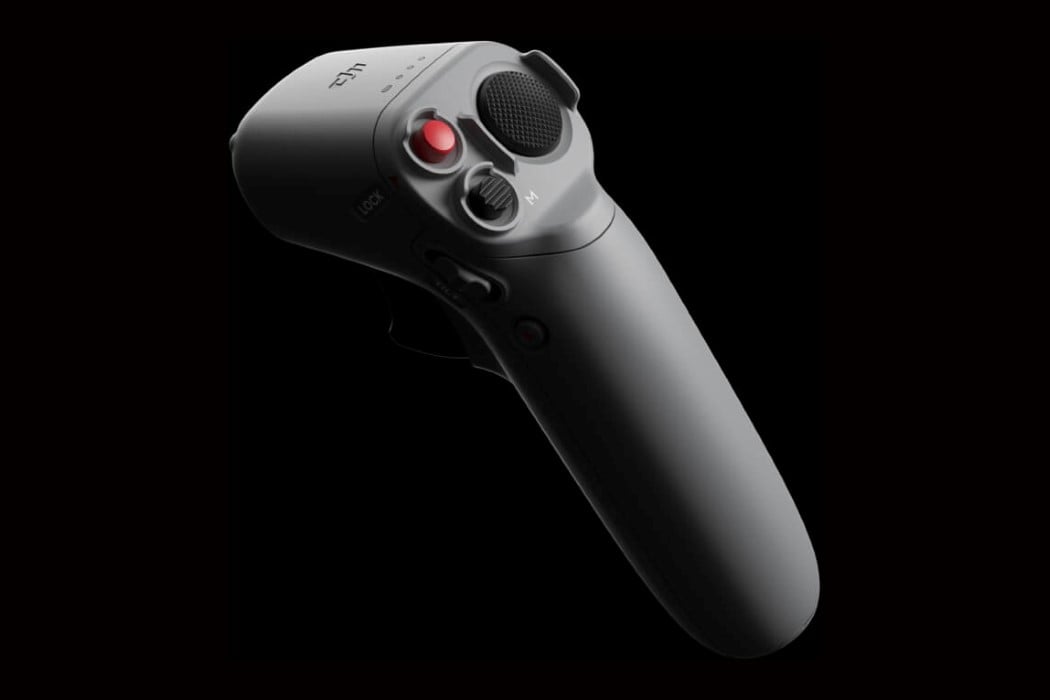 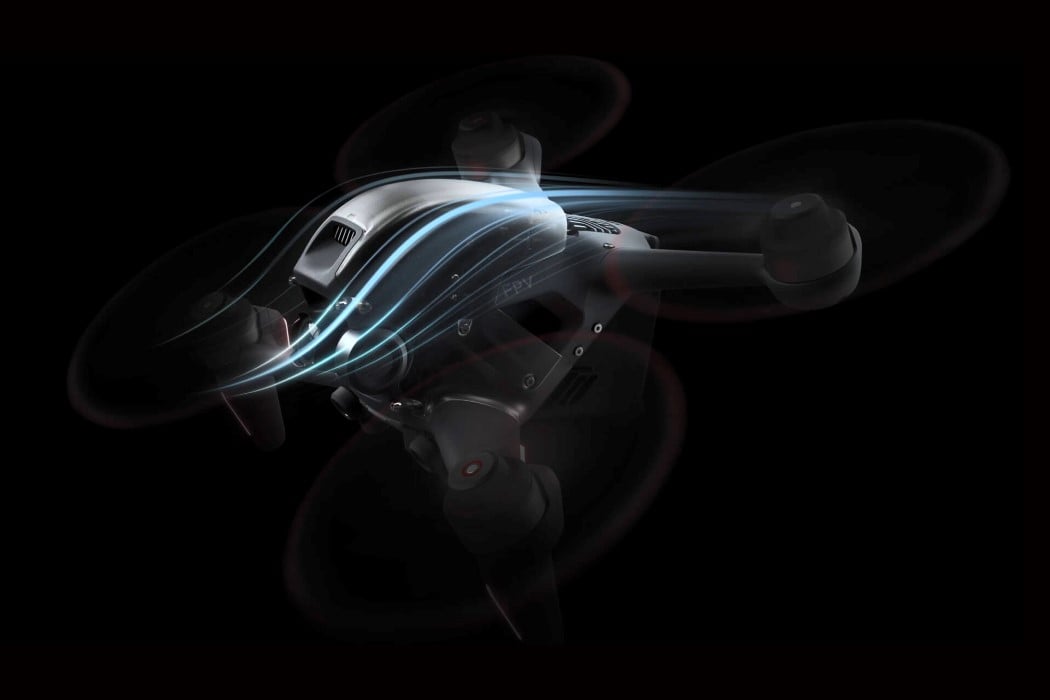 Curattle is a personal, portable kettle that helps users not only to heat beverages on-the-go, but to decide what they should drink in the first…