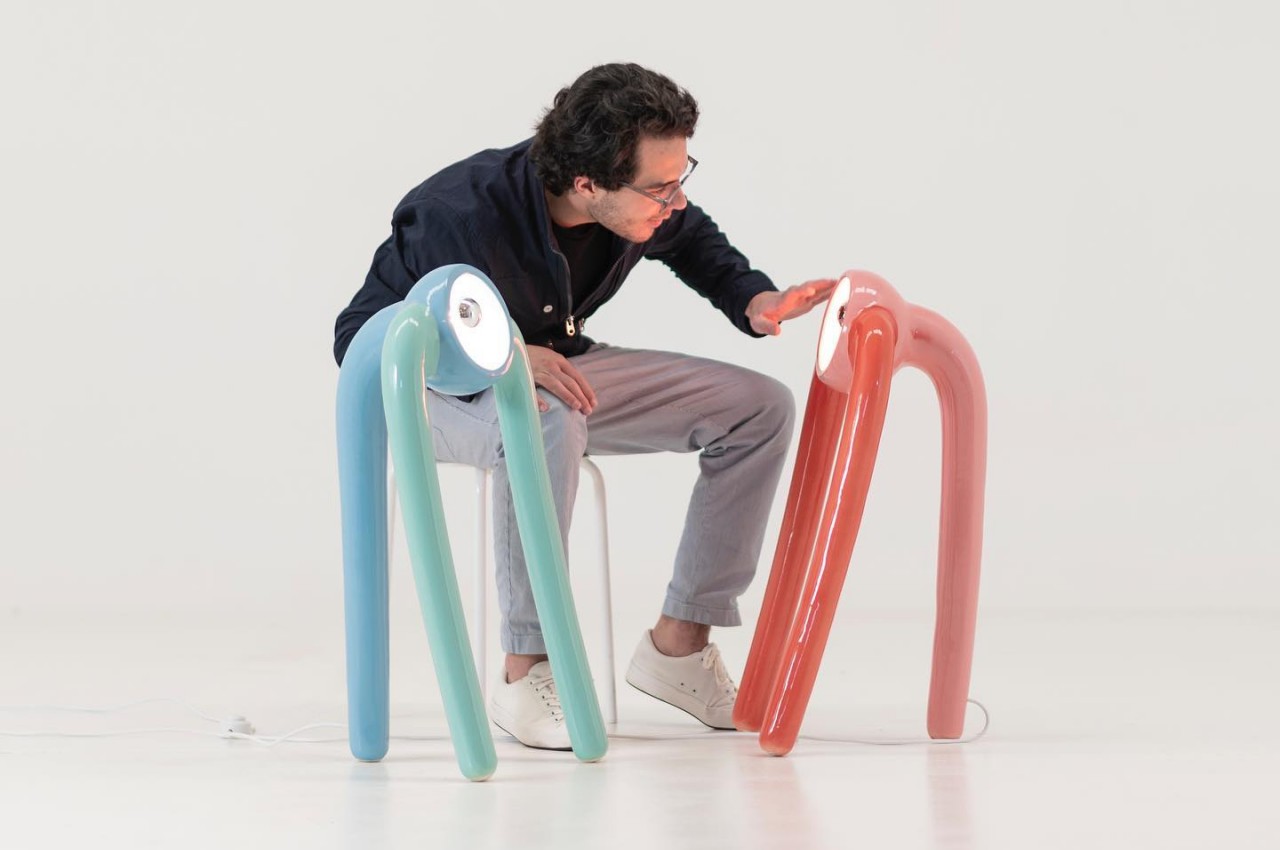 There’s no better conversation starter than lamps that look like they’re out to get you and embrace you.

Most lamps are purely functional fixtures, especially at home, where they are used to provide adequate lighting to a space. Some lamps, like chandeliers and pendant lamps, are also decorative pieces that accentuate a room. There is, however, also a class of lamps that are more for show than function, serving a purpose beyond illumination. Sure, they can probably still light up a room to set a mood, but they can be forgiven if they don’t. “The Pink Robots Won” definitely falls under the category of decorative lighting that may or may not brighten up a room sufficiently, but these lamps will definitely get people talking and maybe even gushing because of their eclectic forms that inspire both awe and unease in equal measures. 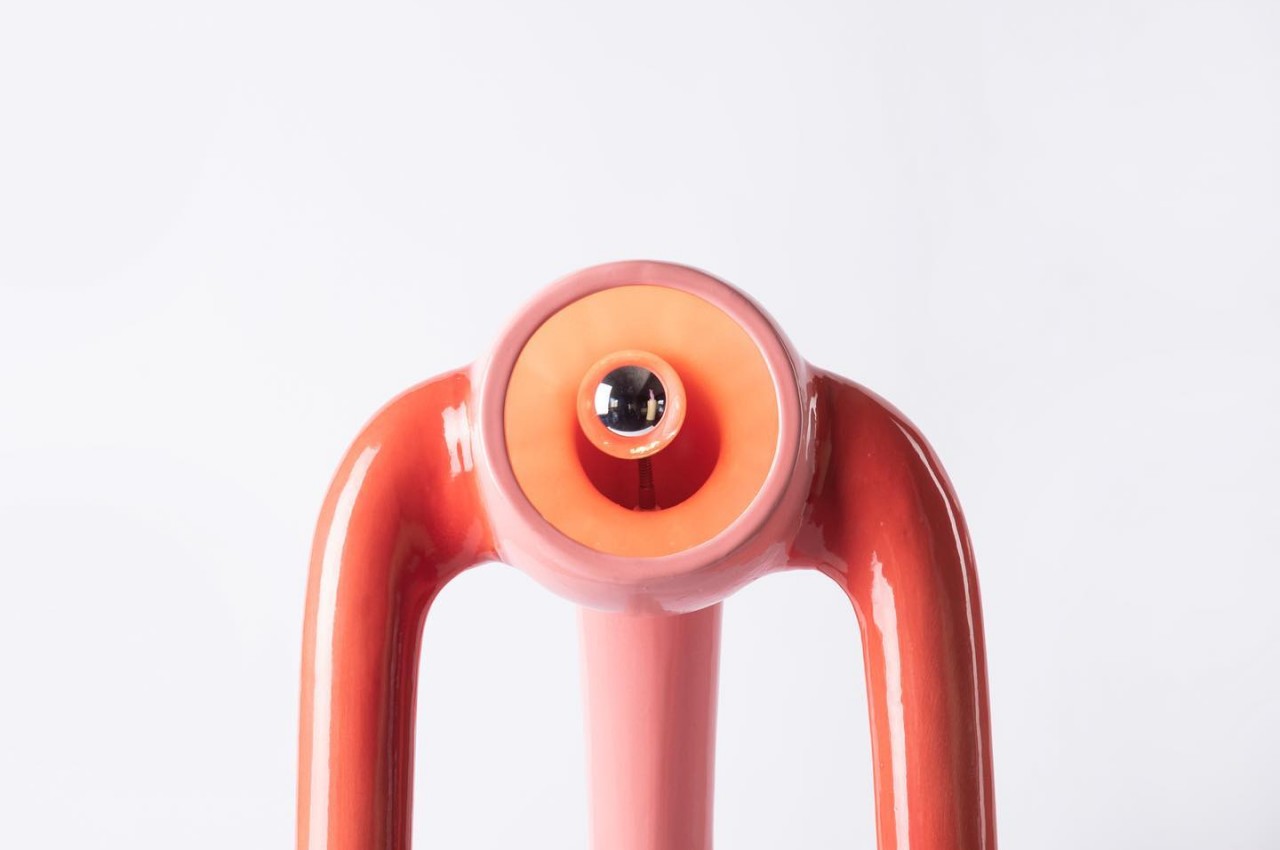 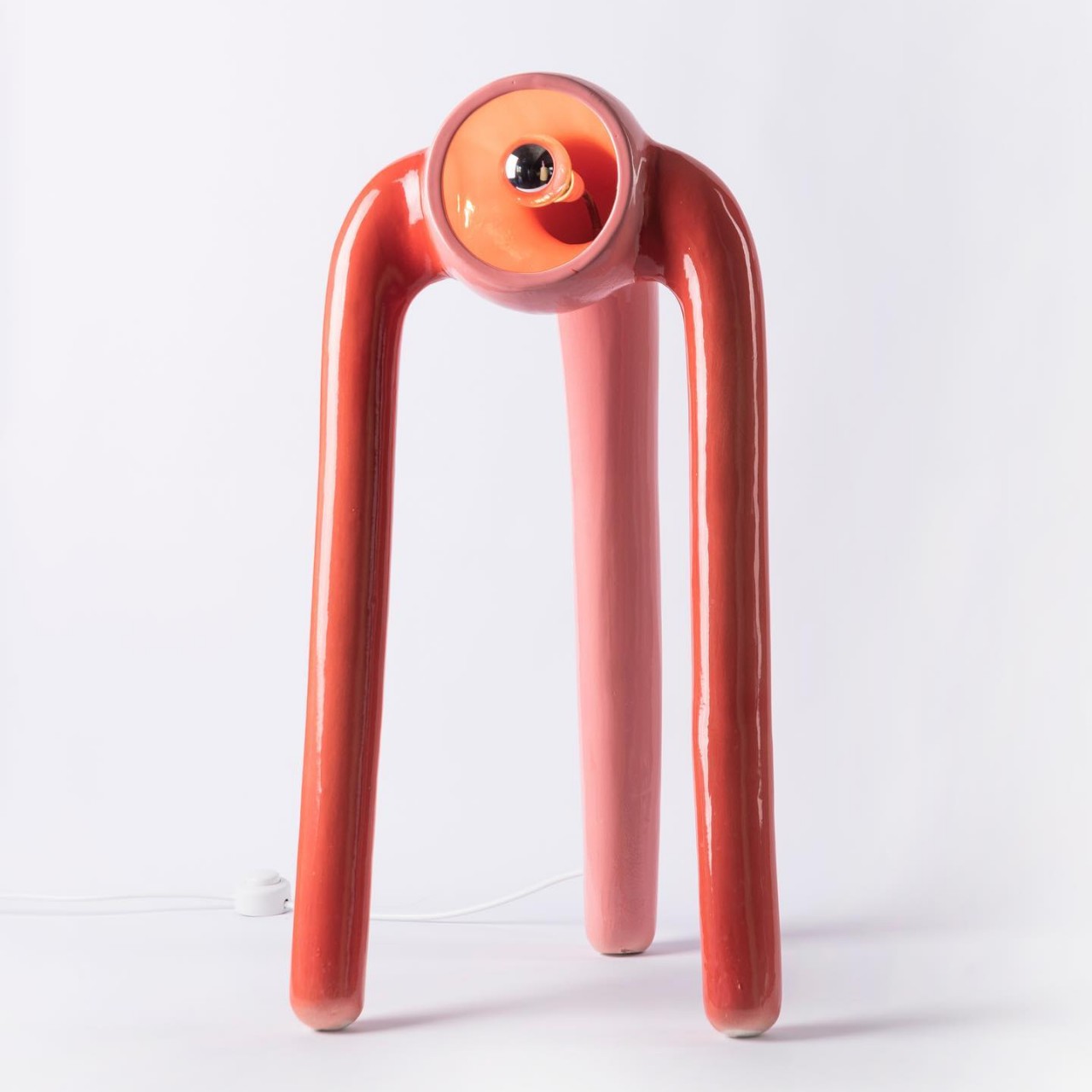 Nothing sparks the imagination more than an object that is both unnerving and adorable at the same time. Not everyone would describe E.T. as “cute,” but most find the creature interesting because of that well-balanced contrast. These self-standing ceramic floor lamps also evoke the same emotions, leaving viewers confused about whether they’re appalled or attracted to their alien forms. 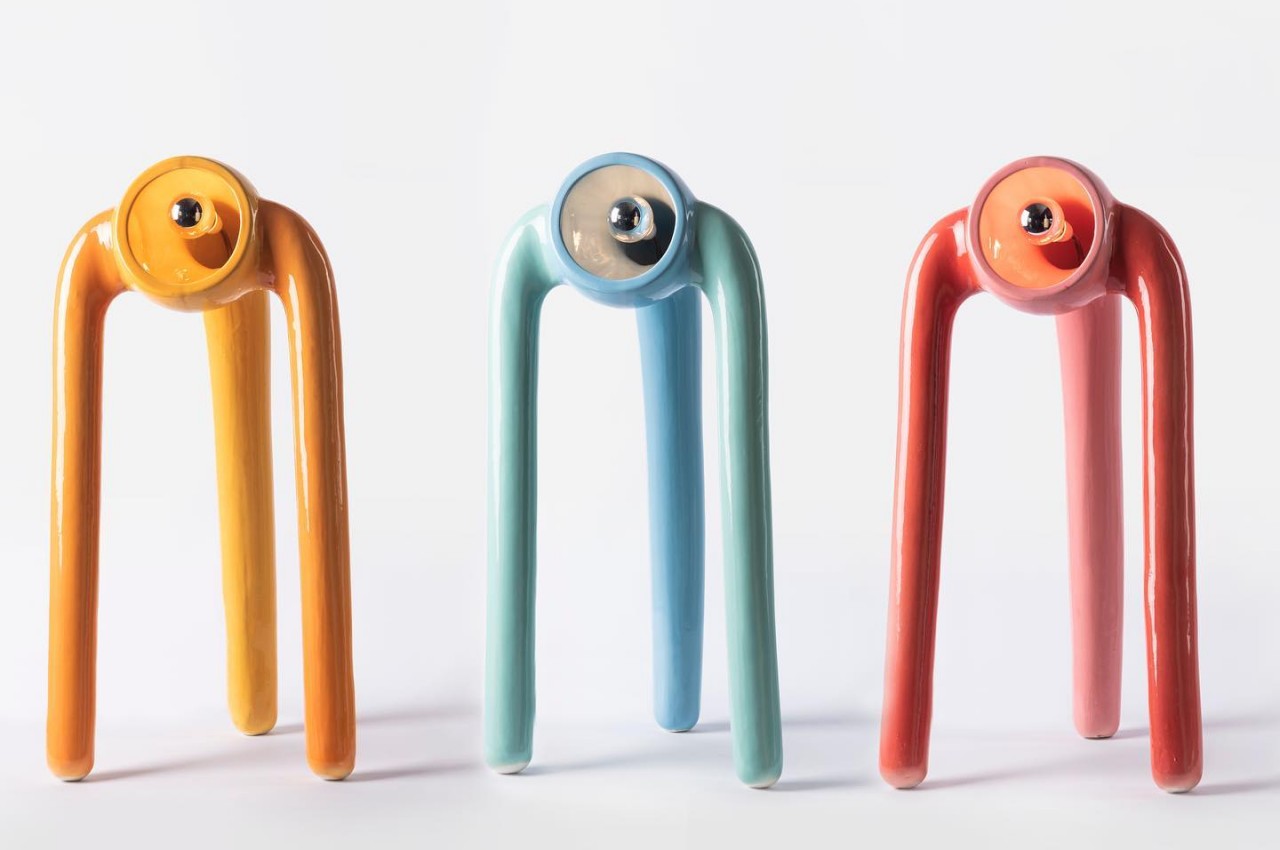 On the one hand, the lamps look like they are single eyes with three tentacles dangling down, probably reminding some pen and paper gamers of the monster known as the Beholder. On the other hand, they also look like alien creatures standing precariously on three legs, with a curious eye on the lookout for people passing by. Either interpretation gives The Pink Robots Won a life of its own, so far removed from typical floor lamps that simply stand still. 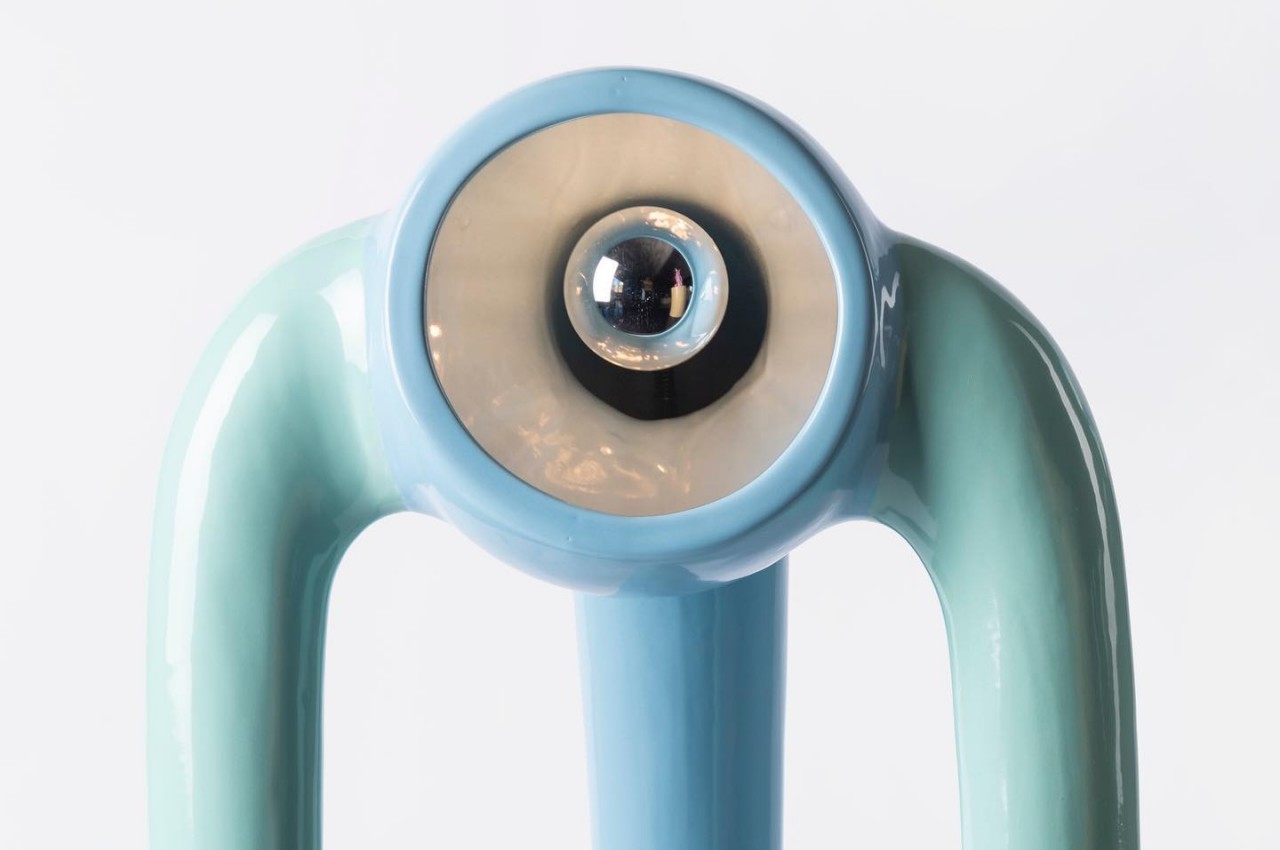 The lamps are also an exercise in ceramic techniques, particularly in creating uneven shapes that are still balanced enough so that they don’t simply topple over or break. There’s almost an element of dynamism in the design of the creatures, creating further ambiguity in the viewer’s mind. Is the single-eyed alien simply leaning back, or is it about to topple backward? The confusion sparks the imagination, perhaps pushing people to create a mini-narrative in their heads about the eyeball with legs and its misadventures among humans. 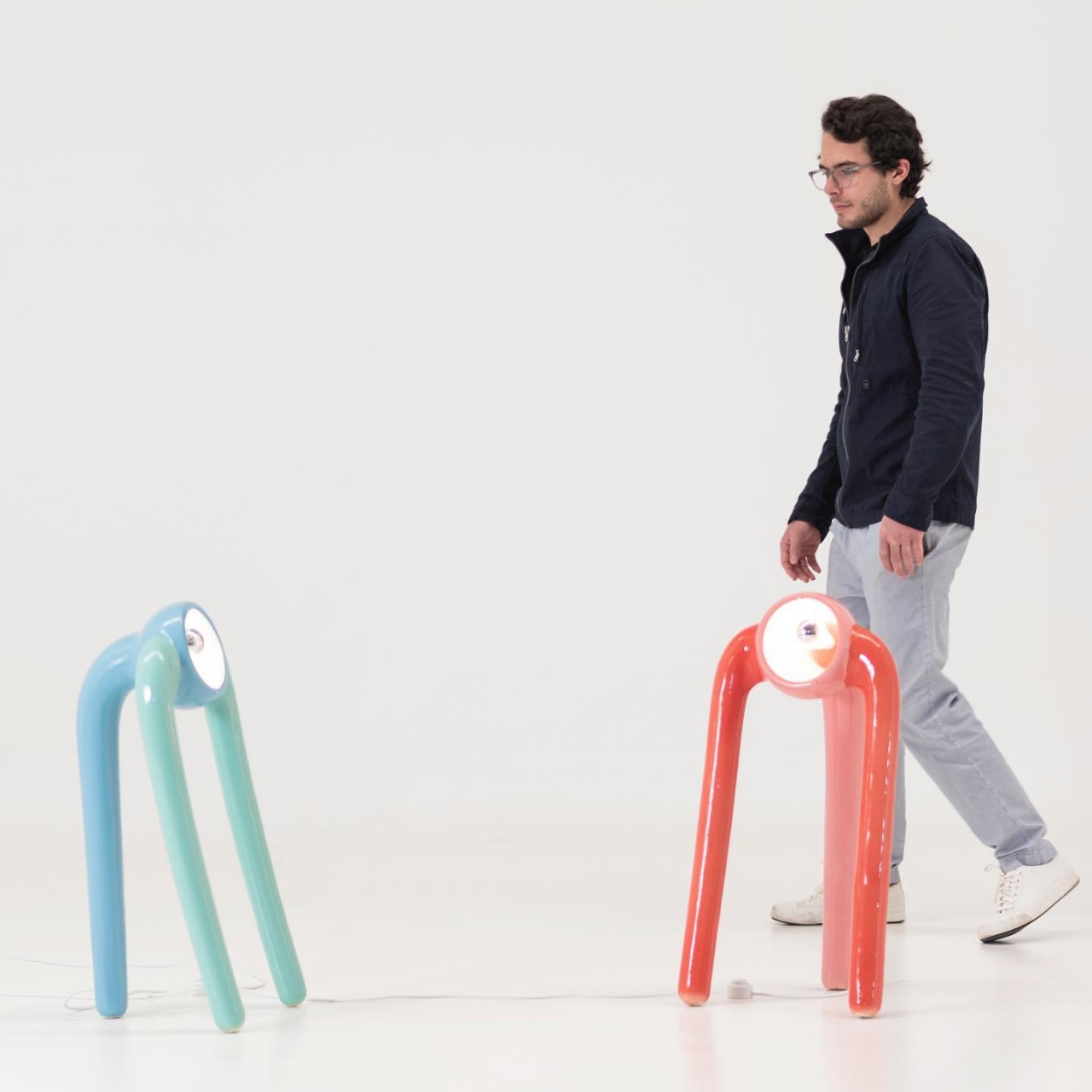 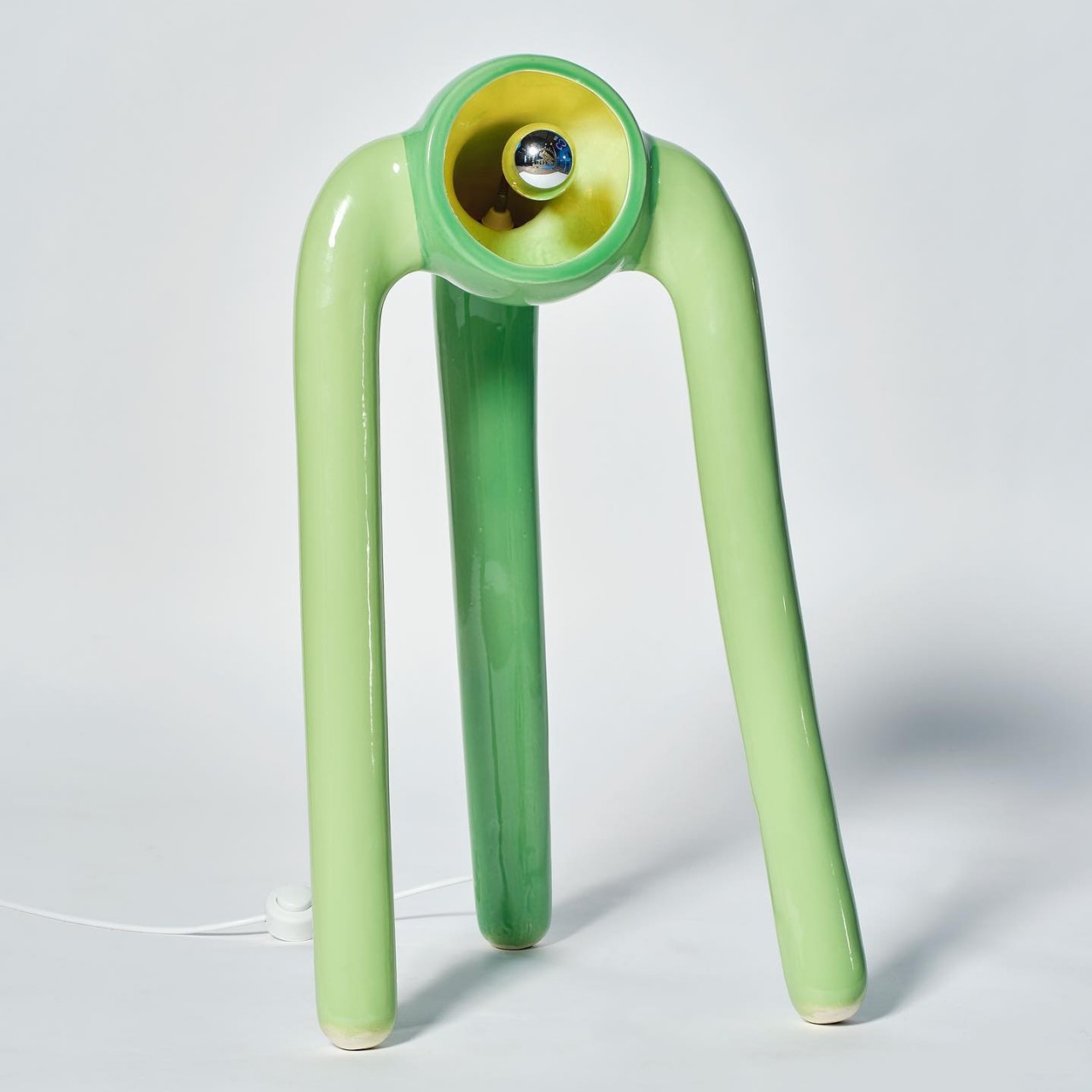 The Pink Robots Won is full of contrasting elements, including the choice of materials and colors. Ceramic is naturally seen as a very fragile material, and the mere thought of these lamps falling over will probably send owners flying to their rescue. At the same time, however, the choice of pastel colors gives it a more playful character, reinforcing that image of a cute otherworldly creature coming out to play. 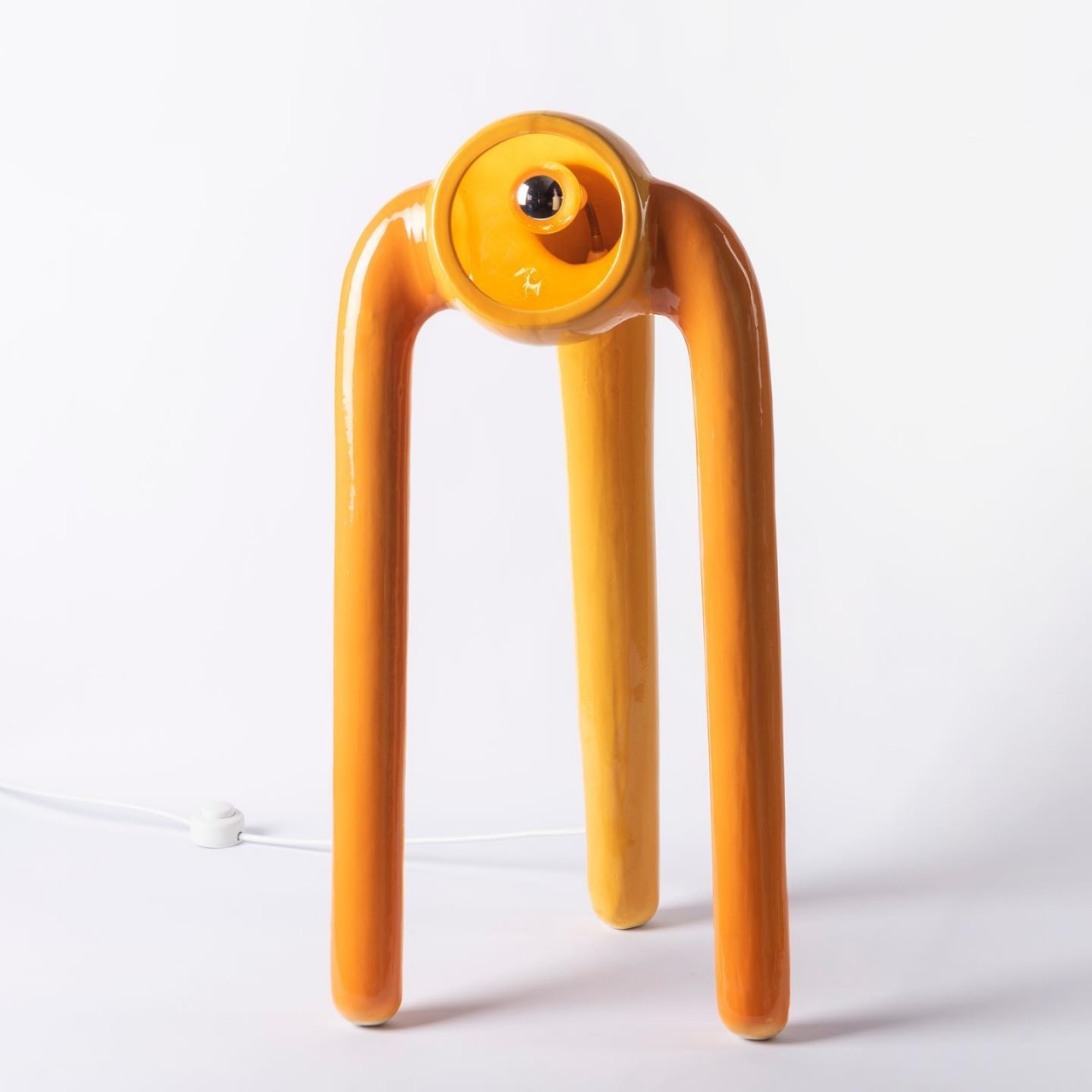 These ceramic floor lamps will definitely liven up a room, even though their upward angled lights create ambiance more than illumination. They creatively try to create the semblance of a living creature, even if an unnatural one, through a static piece of appliance. Compared to most lamps, it definitely has character and charm, though don’t be surprised if you find yourself looking over your shoulder often as if someone or something is watching your every move. 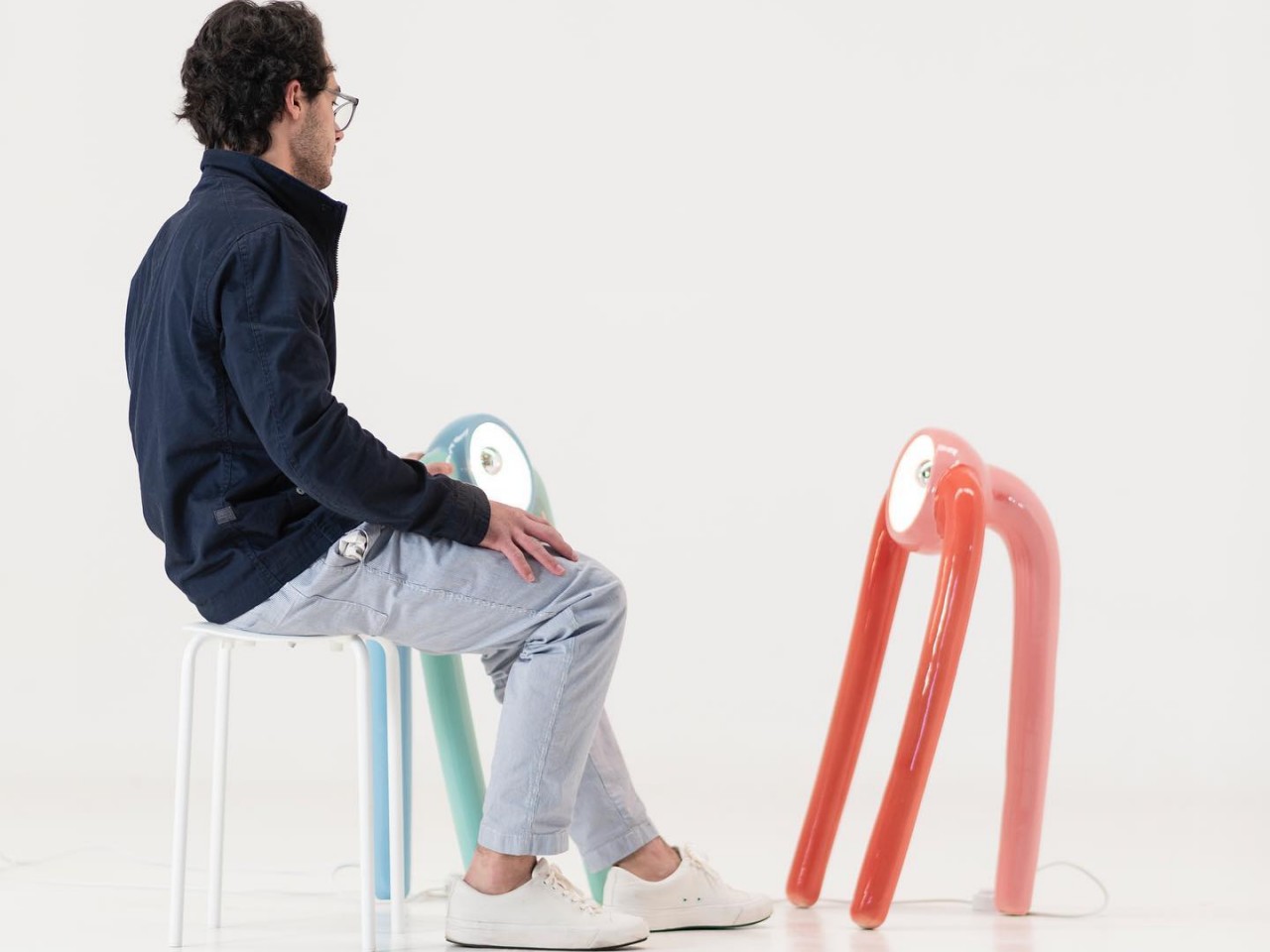 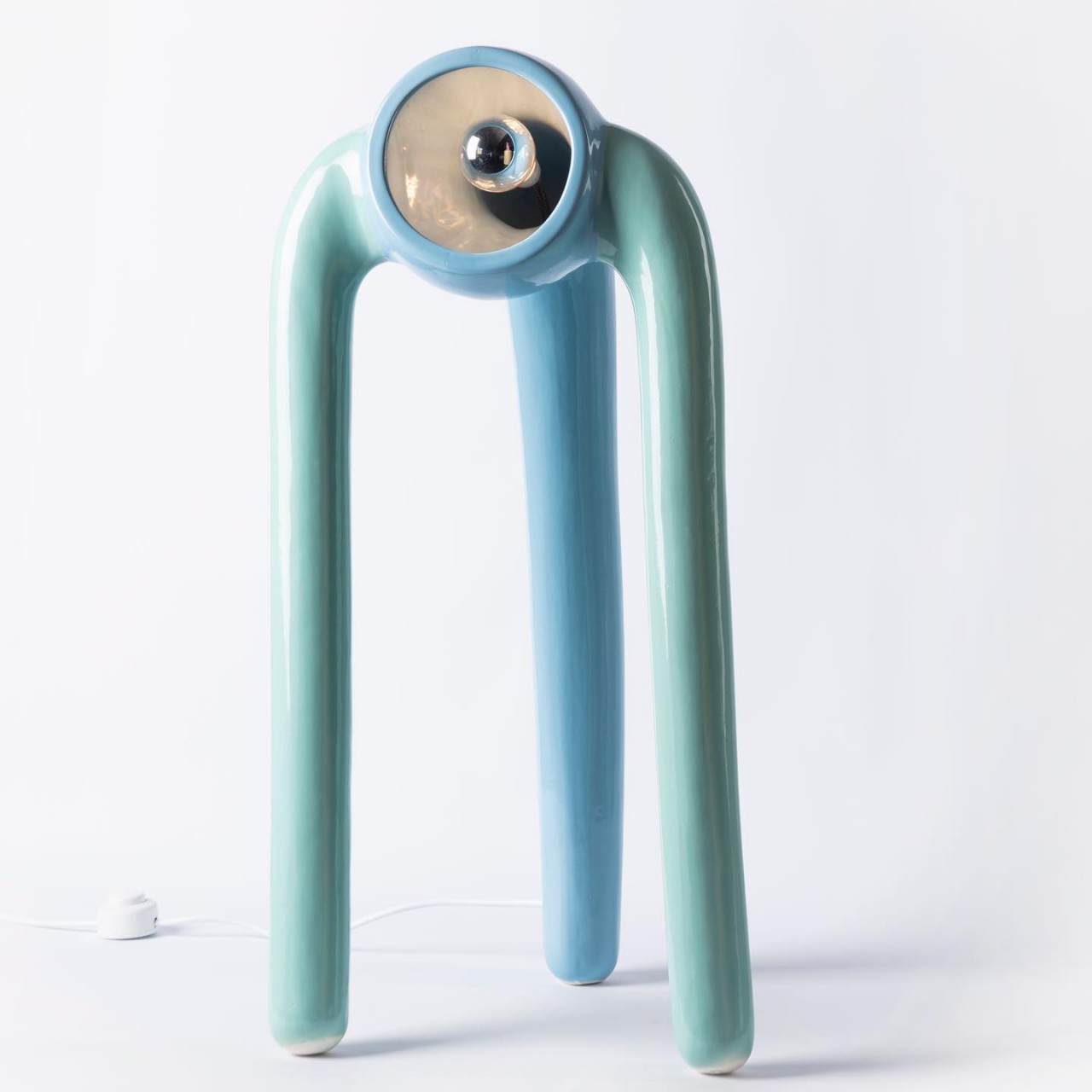 Designed to meet the needs of families without access to electricity in developing countries, the Nomad is an all-around great multi-use lamp that is both…

The Polyline Desk Lamp replaces the mechanical & visual complexity of traditional task lights with the versatility of a linear LED strip & a simple,…

Chances are you’ve bumped a toe or two searching for the light switch in the middle of the night. Not fun! A total toe-saver, the…

Light In The Clouds

Simply love this elegant amalgamation of glass and bulb to create a magical lamp. Cleverly titled Untitled Collaboration Work, the lamp sees the blossoming of…