Still, stuck to the 720p webcam on the MacBook? Well, it’s time you move on whether Apple has an intention to or not. I say this, but in the hindsight, I know, Apple is working on the idea of a Continuity Camera to accompany the macOS Ventura and iOS 16. It is a feature that will actually unify the Apple ecosystem we talk so much about how it effectively allows Apple’s different devices to work together seamlessly. It’s a feature that will let the MacBook connect to an iPhone which can be used as its webcam.

While we are at it, Belkin is working on a new puck that is MagSafe compatible. It attaches to the back of the iPhone and using its support can cling on to the Mac (where the webcam is) to let the iPhone’s rear camera be used as a full-fledged webcam. 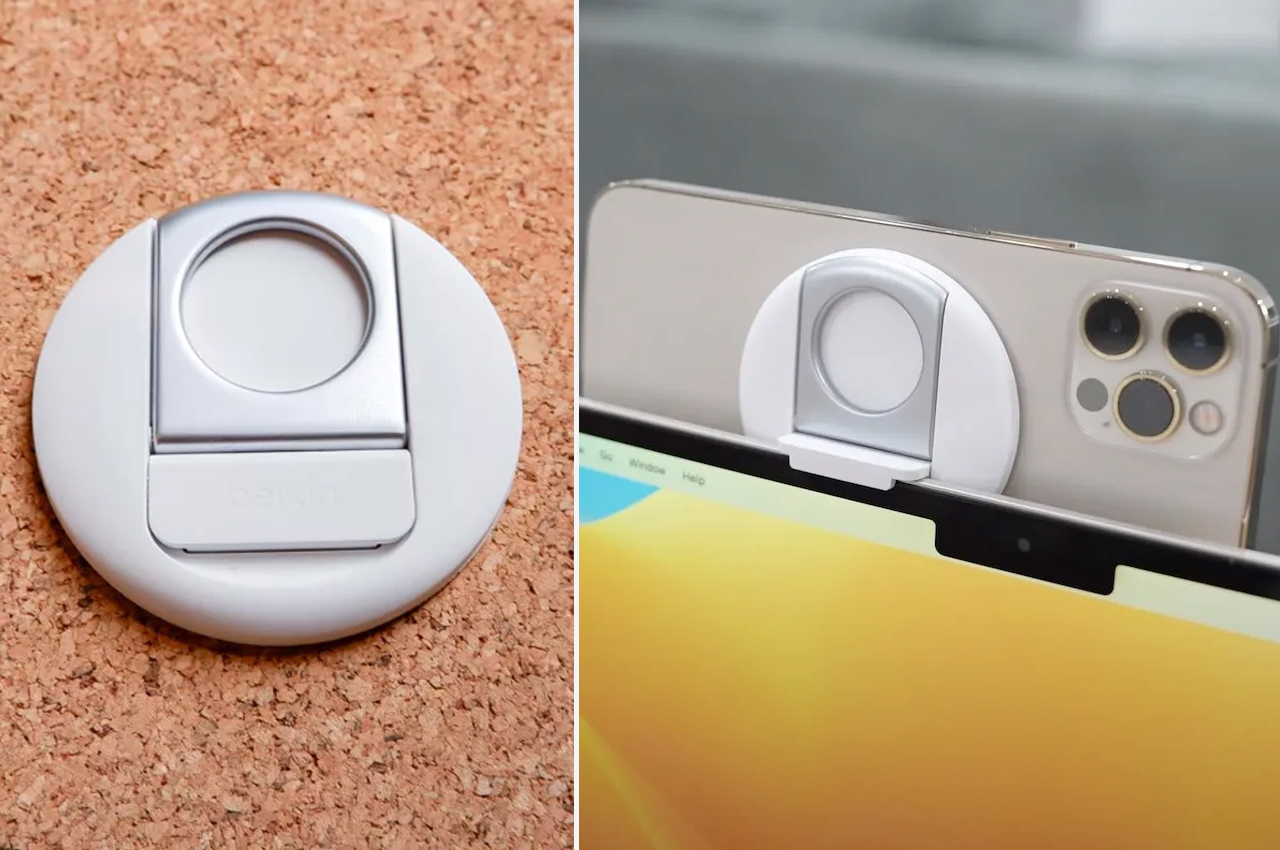 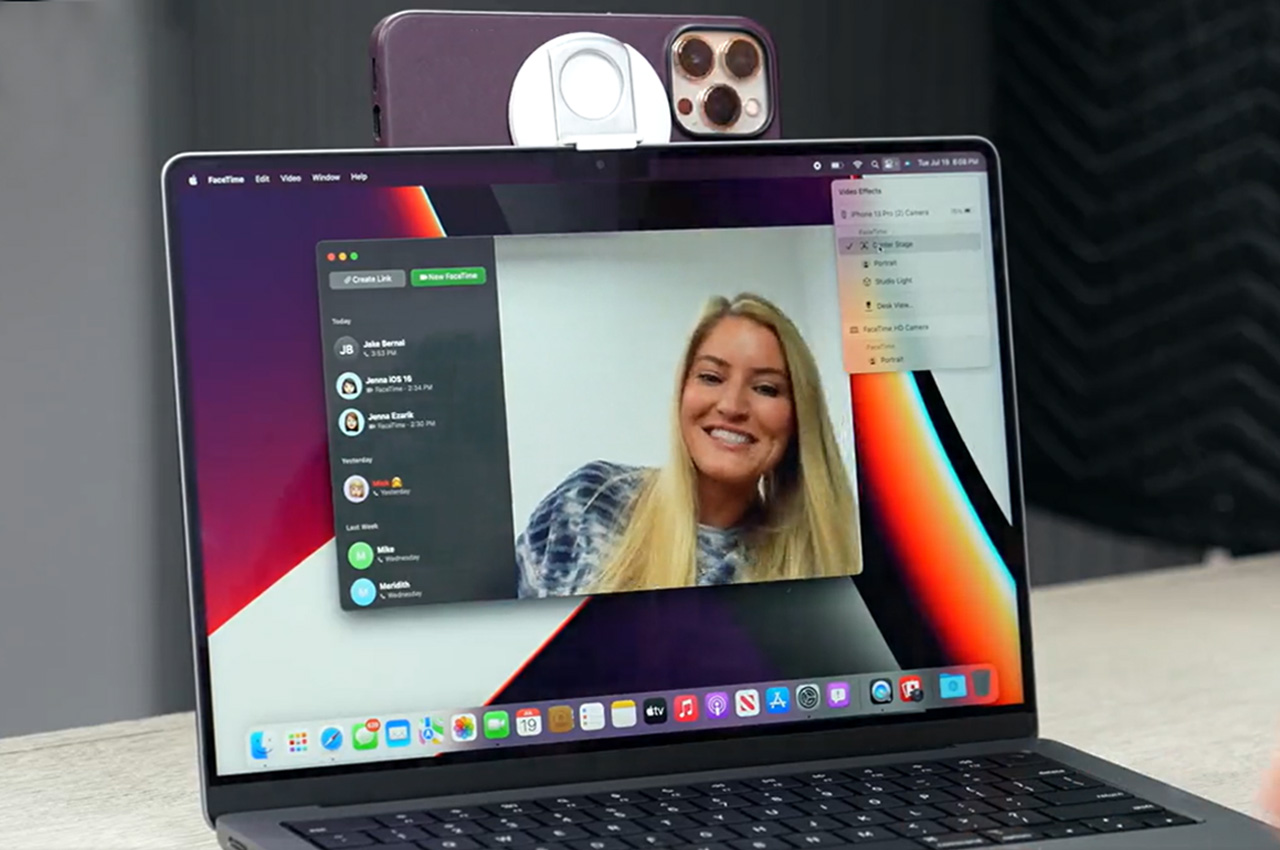 Belkin’s Continuity Camera accessory sounds like a fantastic idea, one that Apple enthusiasts in you would be gearing to try! Sadly, the accessory is not yet released. Some YouTubers and bloggers have managed to go hands-on with the prototype, giving us a fair idea of what to expect from the MagSafe-compatible Continuity Camera when it arrives.

From how it appears, the Belkin device – in the making – is an all-white circular peripheral that attaches to the iPhone’s back with MagSafe. I’m not sure of the material it’s made from but presume it will be soft silicone so it leaves no scratches on the back of the Mac when it’s mounted. When attached to the Mac at the ideal spot where the webcam features, the Continuity Camera automatically activates to allow the iPhone to be used as the webcam. 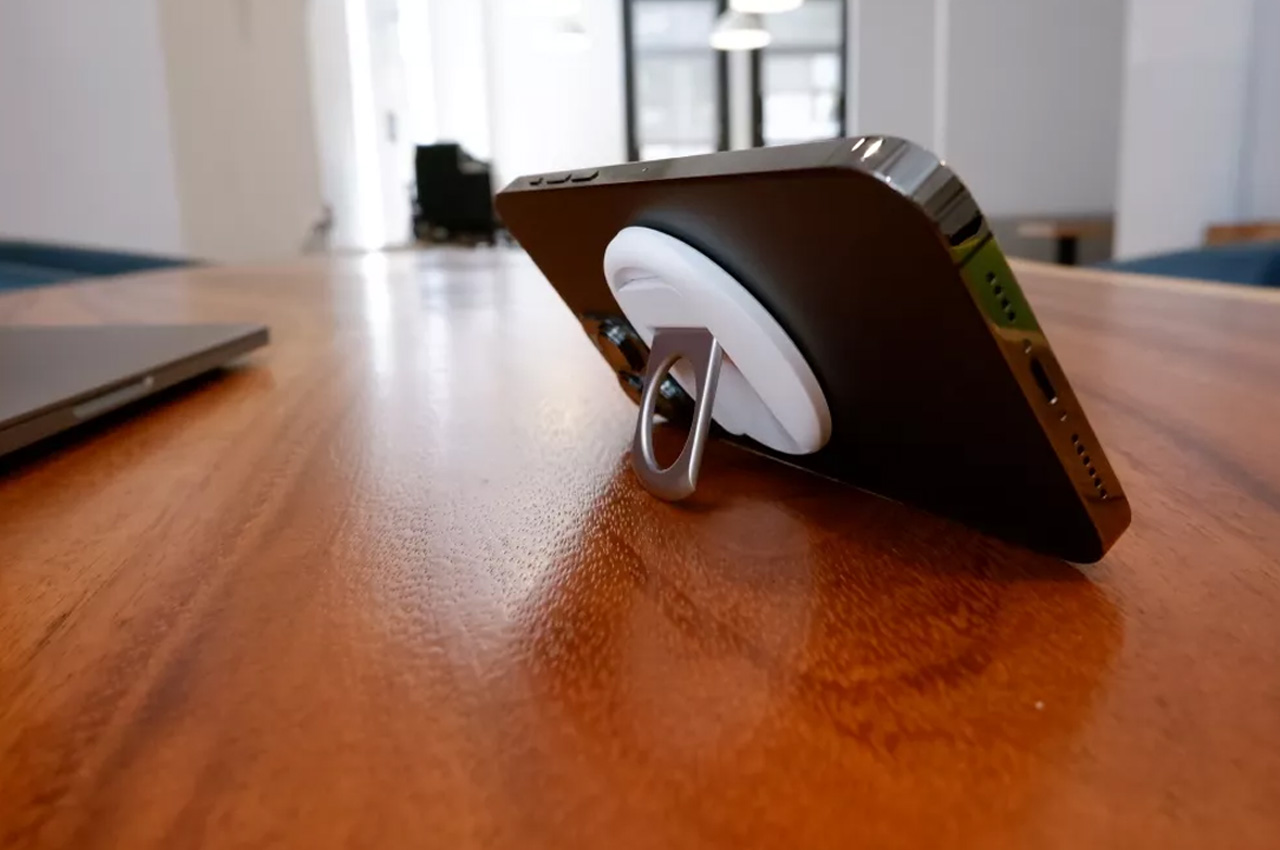 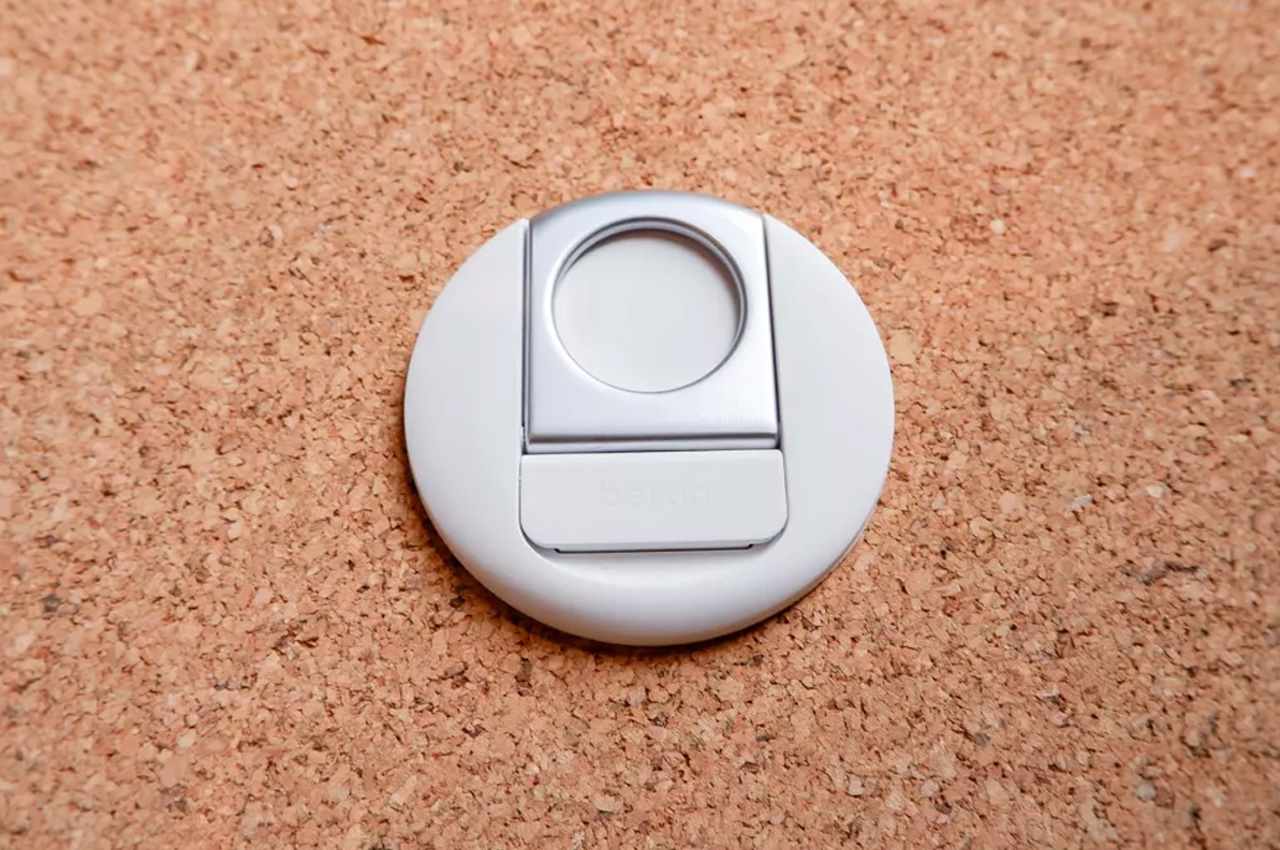 The fun really begins here. The iPhone webcam can then be set to features like the Center Stage or Portrait mode, which means you not only get into zoom calls and FaceTime chats at a better resolution but can also make the call more interesting. Even more compelling is the Desk View that users can activate to let the iPhone webcam use the ultra-wide lens to even accommodate your work desk in the video; highly useful for product reviewers making unboxing videos. 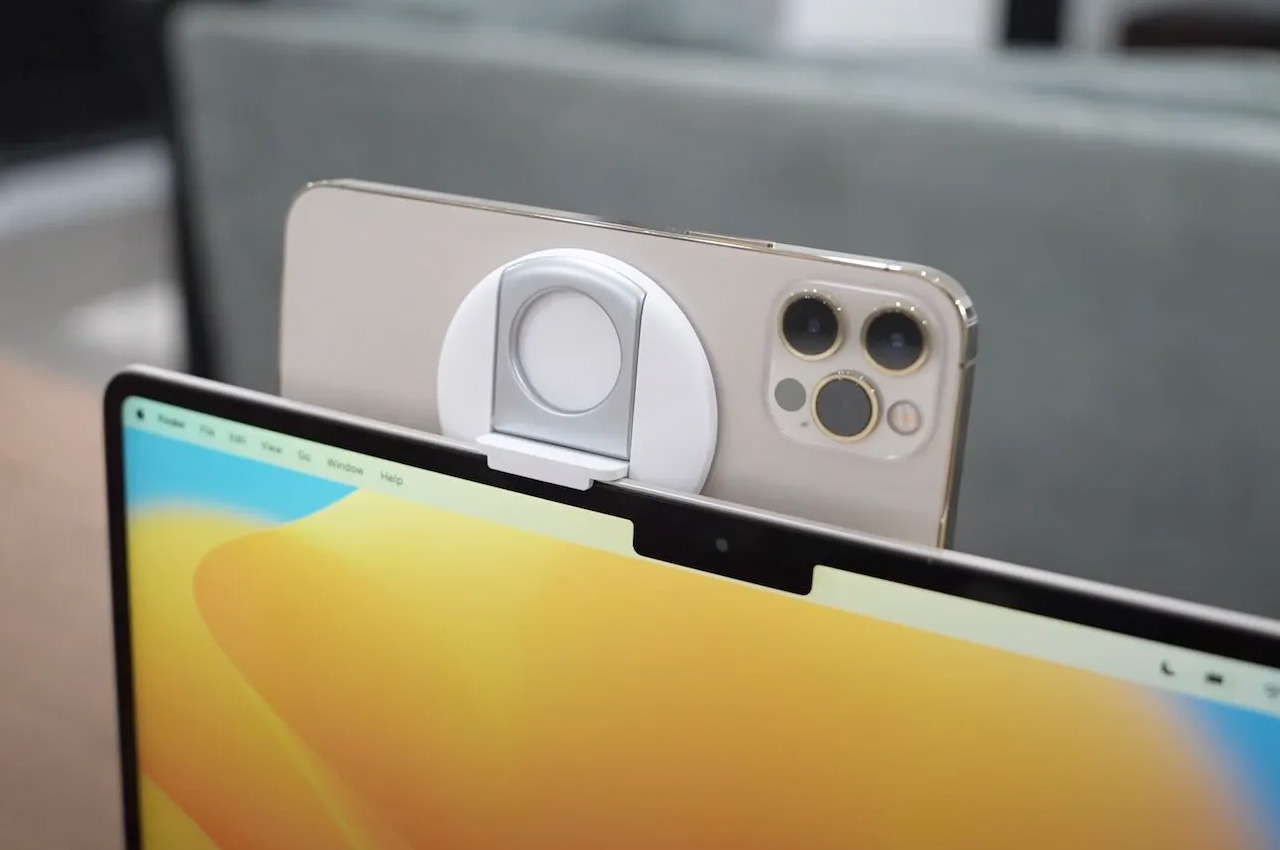 As I said, this is only a prototype that has shown up, so the final accessory could be different from the slightly delicate one we see. But for the fact that it can also prop up as a kickstand for the iPhone, we are expecting a resourceful tool. From how things are panned, the Continuity Camera accessory will be launched in a couple of months alongside the macOS Ventura and iOS 16. 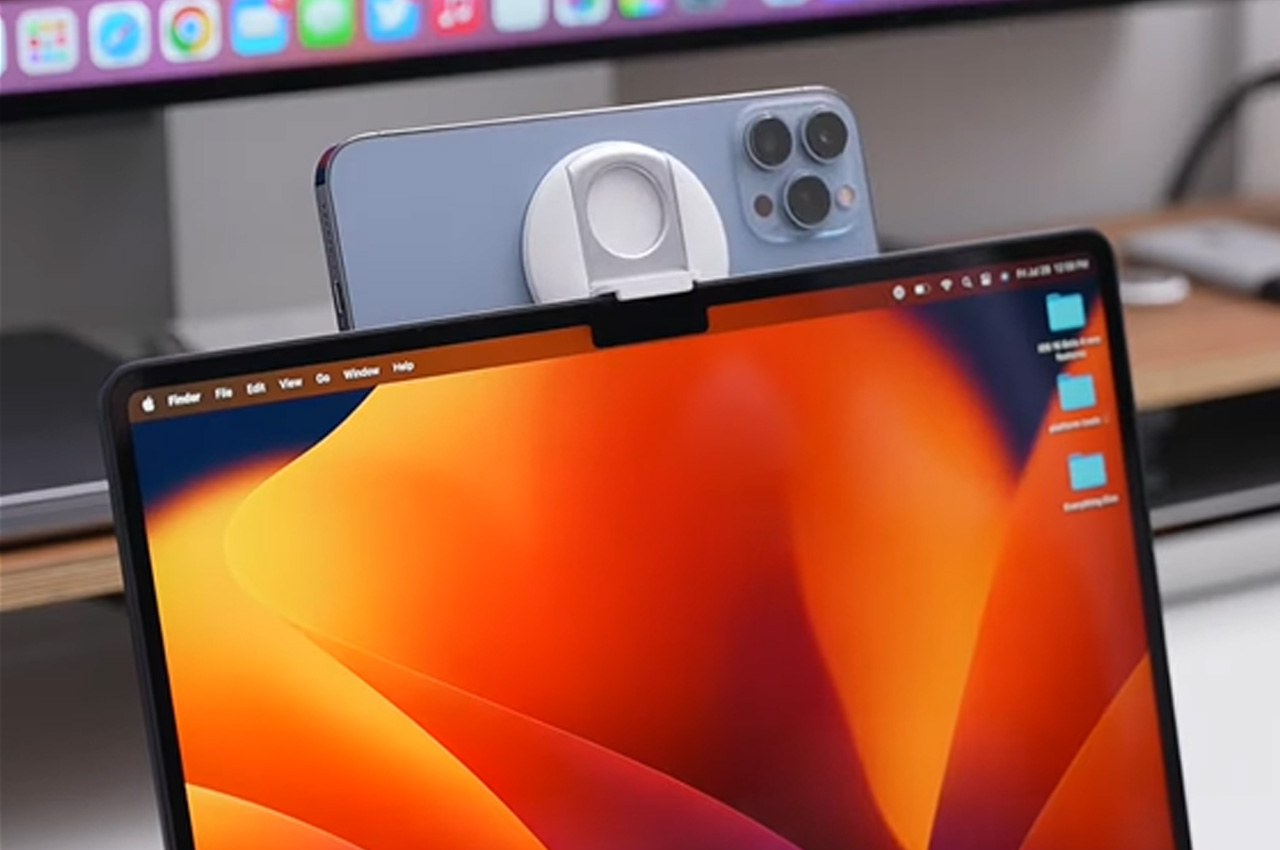 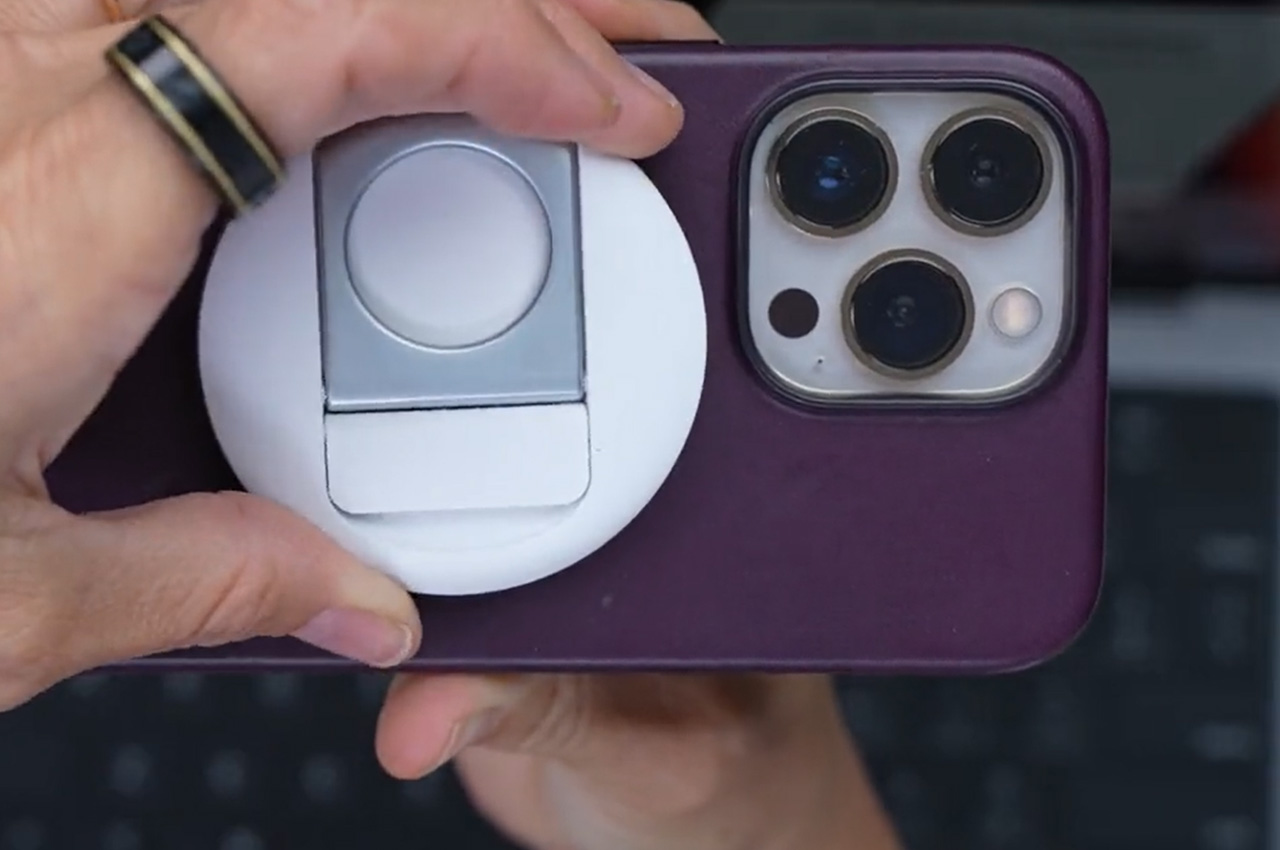 Here is a brilliant (pun intended) idea from the minds of San Francisco based 3D and visualization studio, Transparent House. They took the classic camera…

Streamers and gamers who already have the Elgato Stream Deck on their buying checklist – don’t jump the gun yet. Razer is all set to…

DIY Designs that use minimum materials that prove you can now build almost anything yourself!

DIY designs have been taking the design world by storm! Especially with COVID-19 restricting us to our homes, building things purely with our hands, putting…