They often say you should measure twice and cut once, but this handy gizmo helps make sure you don’t have to do it over and over again.

Everyone needs to measure something at one point in their lives or another. More often than not, we have multiple tools to do the same thing in different contexts. A ruler is fine for paper and straight lines, but you need a protractor to measure angles. For larger scales like rooms, you’ll most likely reach for a traditional tape measure, but you will have to switch to a level to make sure a frame isn’t titled. If your job or hobby depends on a lot of measuring, that already means at least four tools in your arsenal and juggling between them as needed. With the technologies that we have today, you don’t really need to, and this device combines not four but six tools in one and in a convenient handheld size to boot! 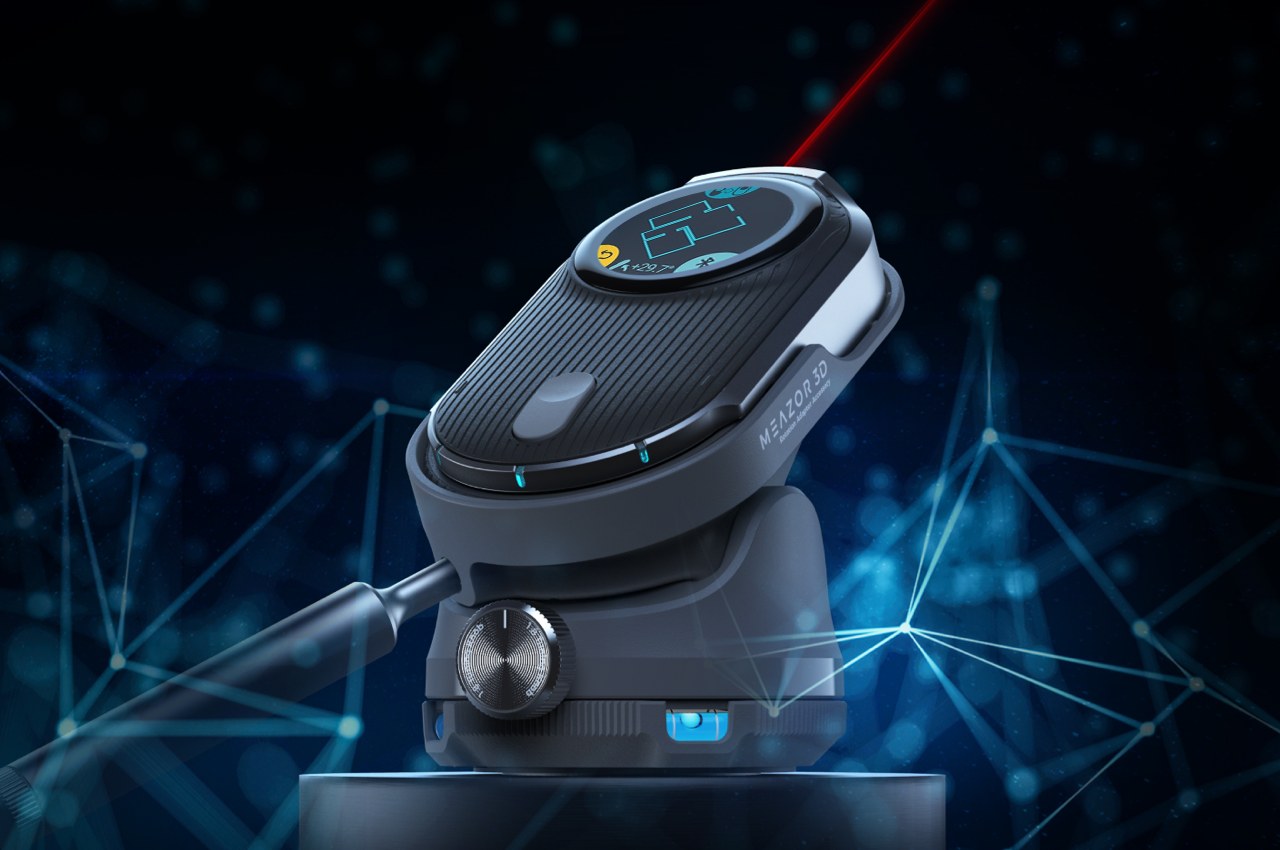 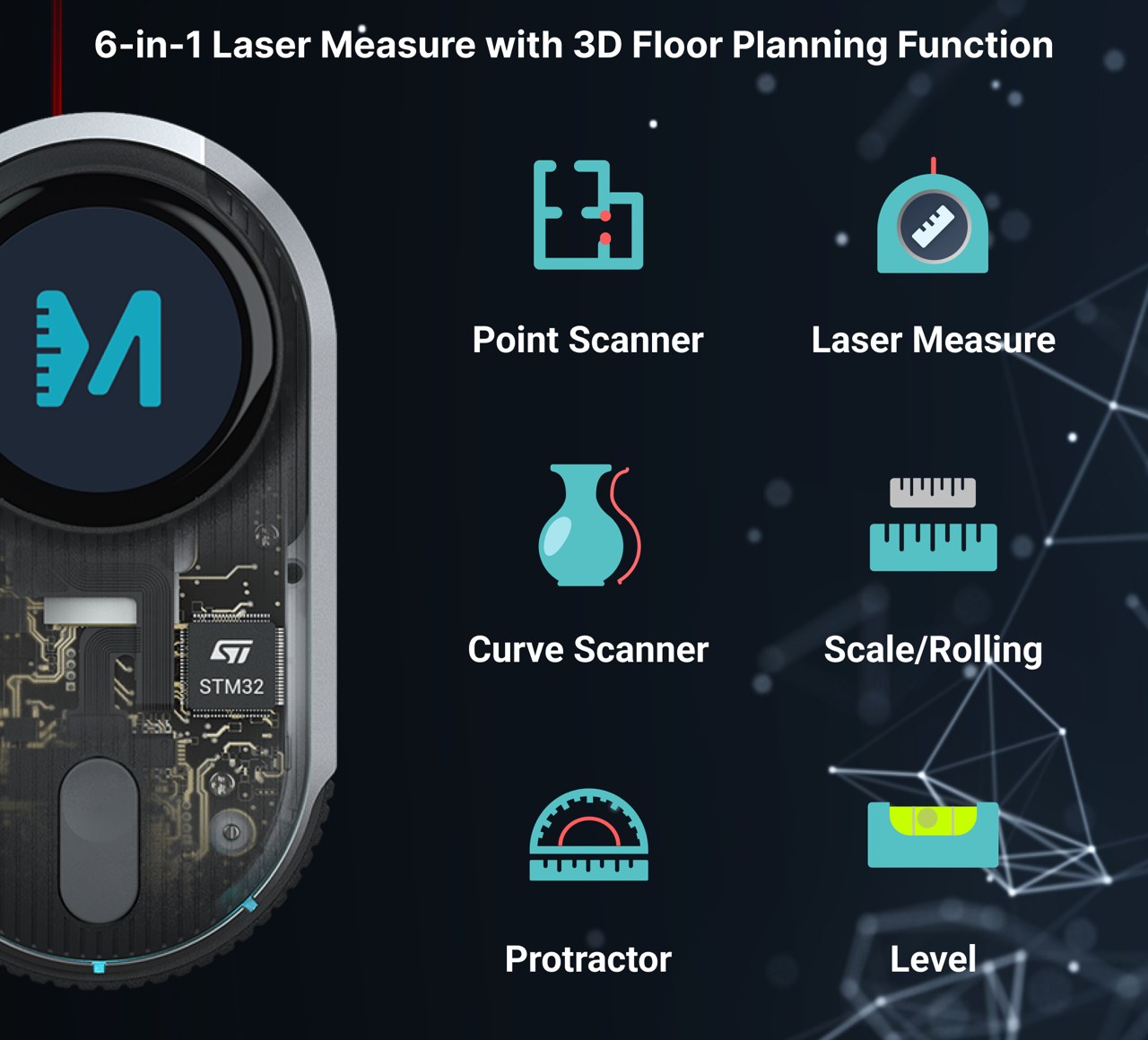 It is easy to take for granted the number and types of tools we need to measure things until it’s time to plan a house or study a product’s design. Making floor plans is even more cumbersome because you have to translate figures into some visual representation like diagrams or even 3D models. What if there was a single tool that covered almost all your measuring needs and could even draw those blueprints for you? That is exactly what the 2021 Good Design Award winner MEAZOR 3D brings to the table, and in a very impressive way.

Right off the bat, the laser-powered MEAZOR 3D replaces six measuring tools with a single device. Its point scanning function makes short work of creating floor plans, while the laser measure can give precise figures for objects up to 131ft or 40m away. It can scan curved objects without batting an eyelash, and it can also roll over both straight and curved surfaces to measure their dimension. An accelerometer lets the MEAZOR 3D replace your protractor as well as your liquid-filled spirit level in a flash. That’s six functions in a device that fits in the palm of your hand, but that’s only the tip of the iceberg. 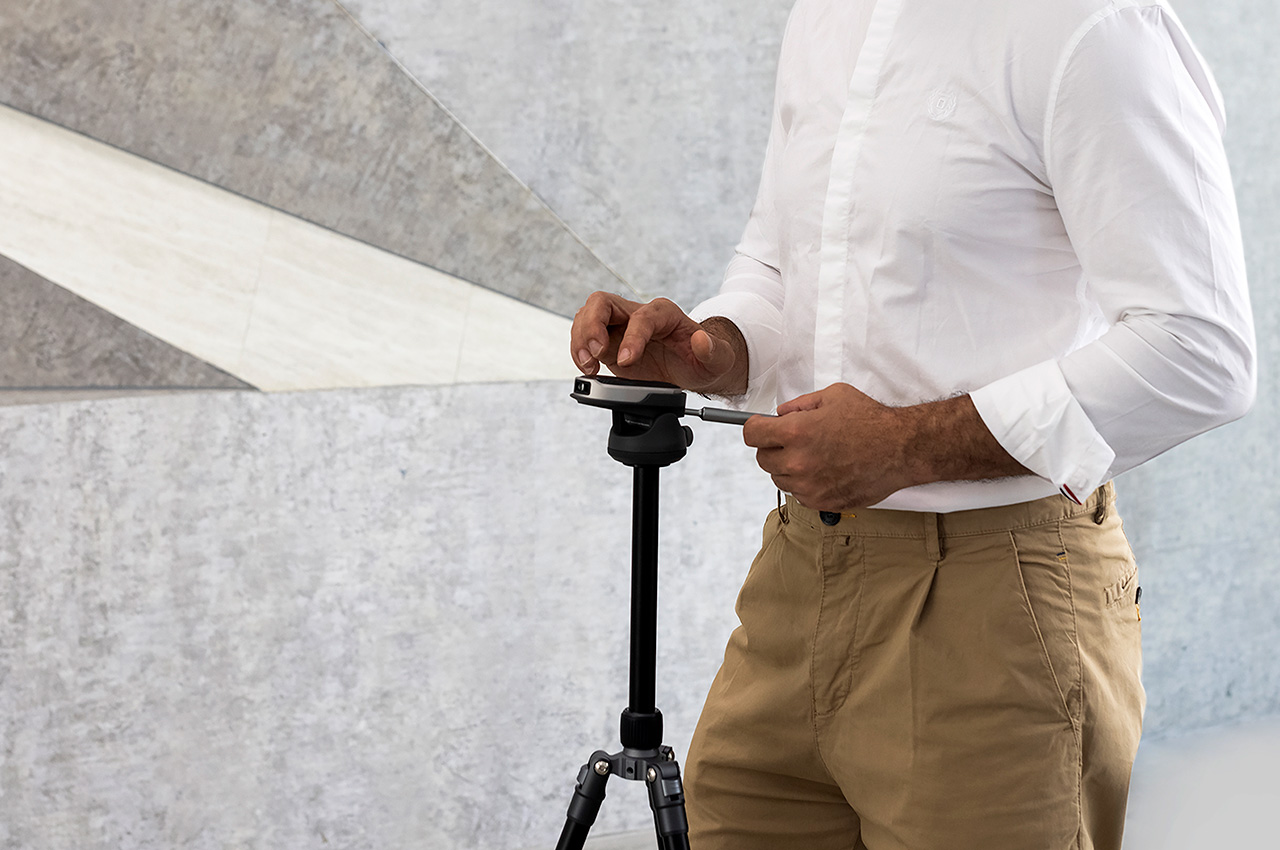 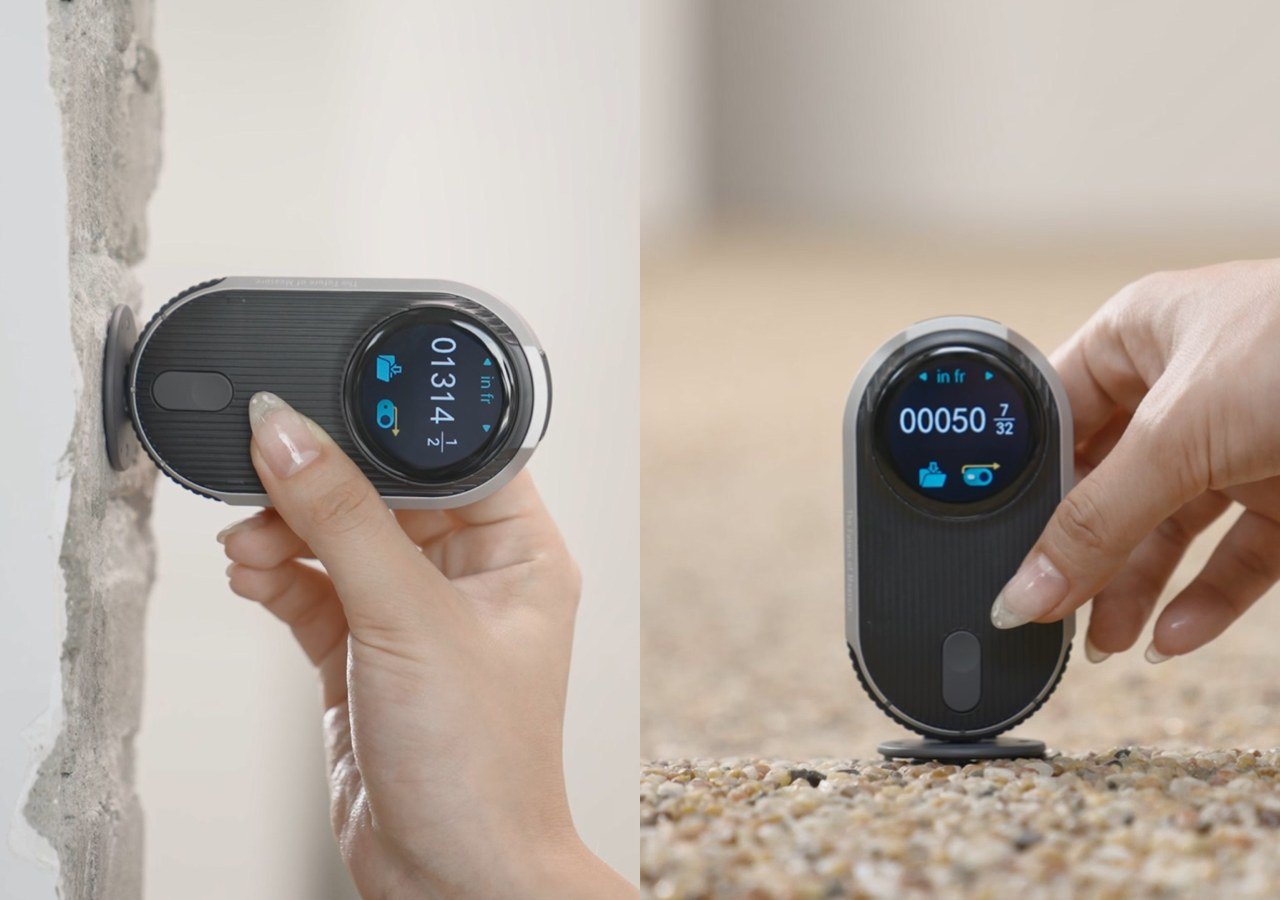 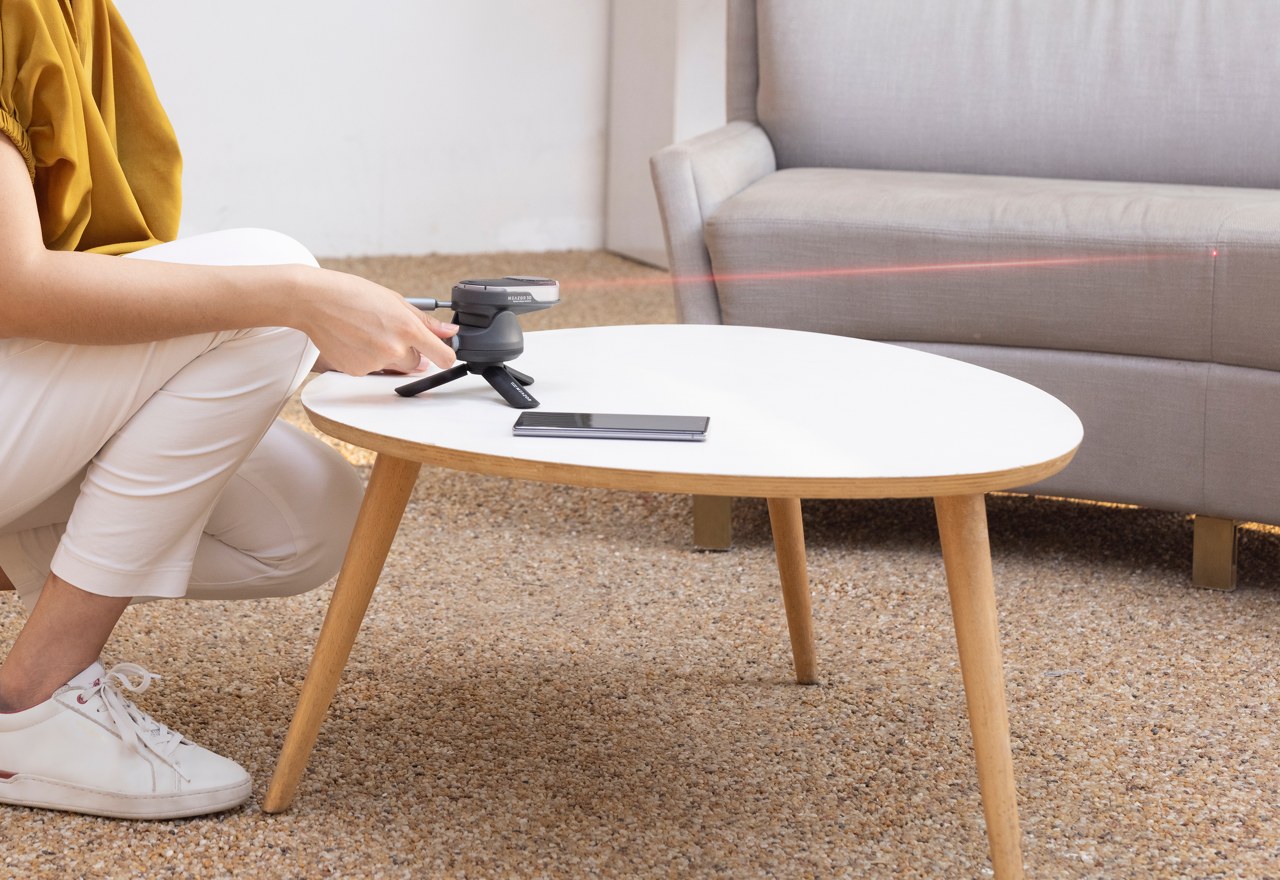 Curve Scanner – Capture the outlines of curved objects with an accountable scan. 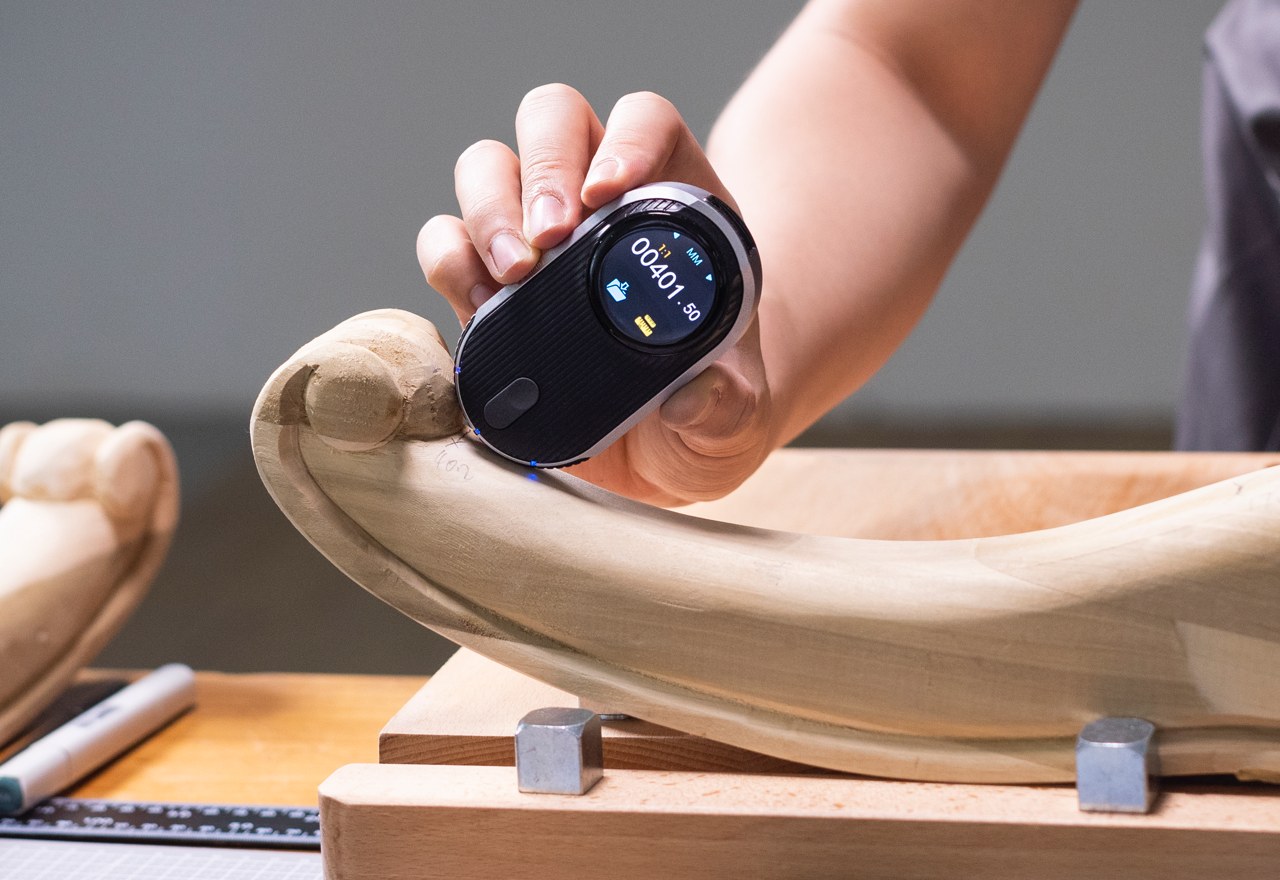 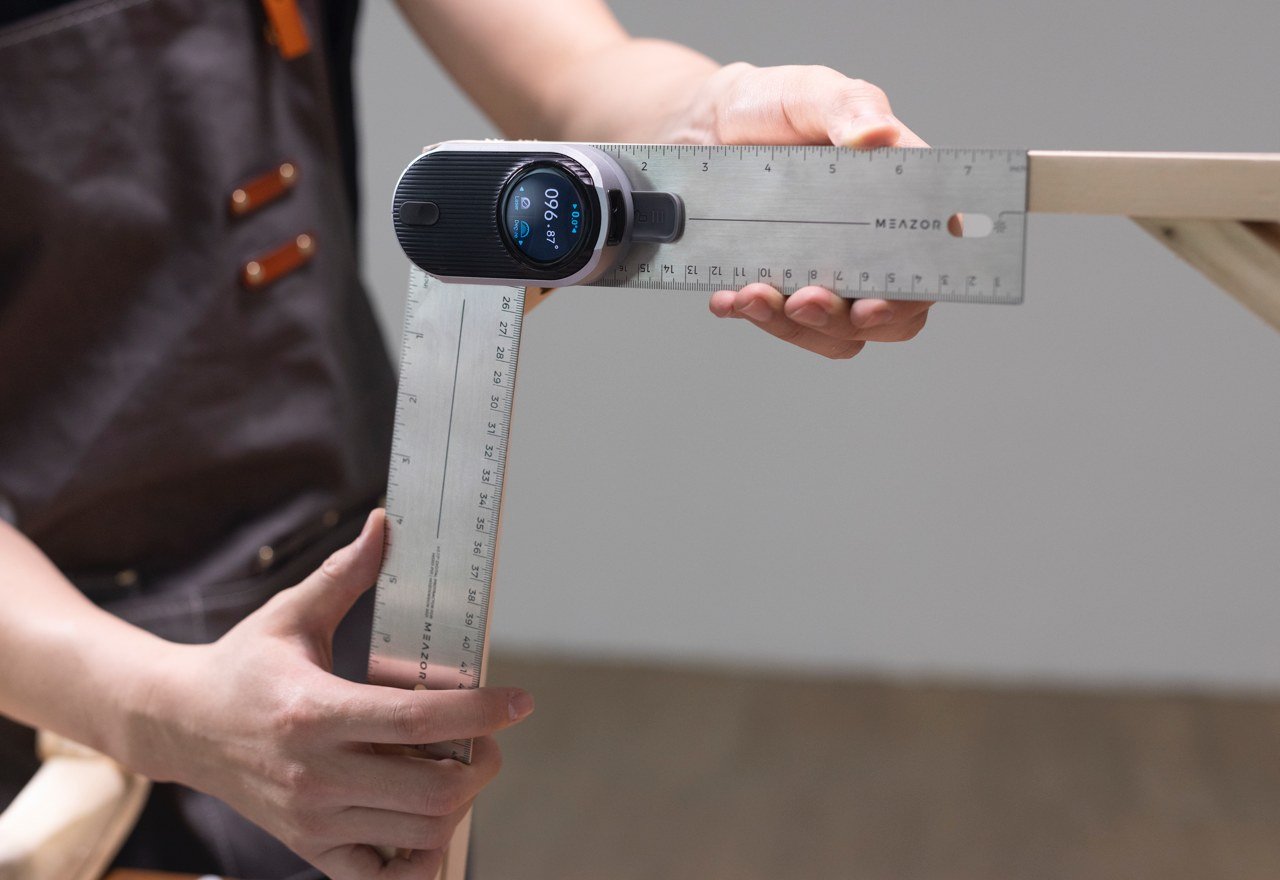 Protractor – Position your angles in 360 degrees with accurate readings. 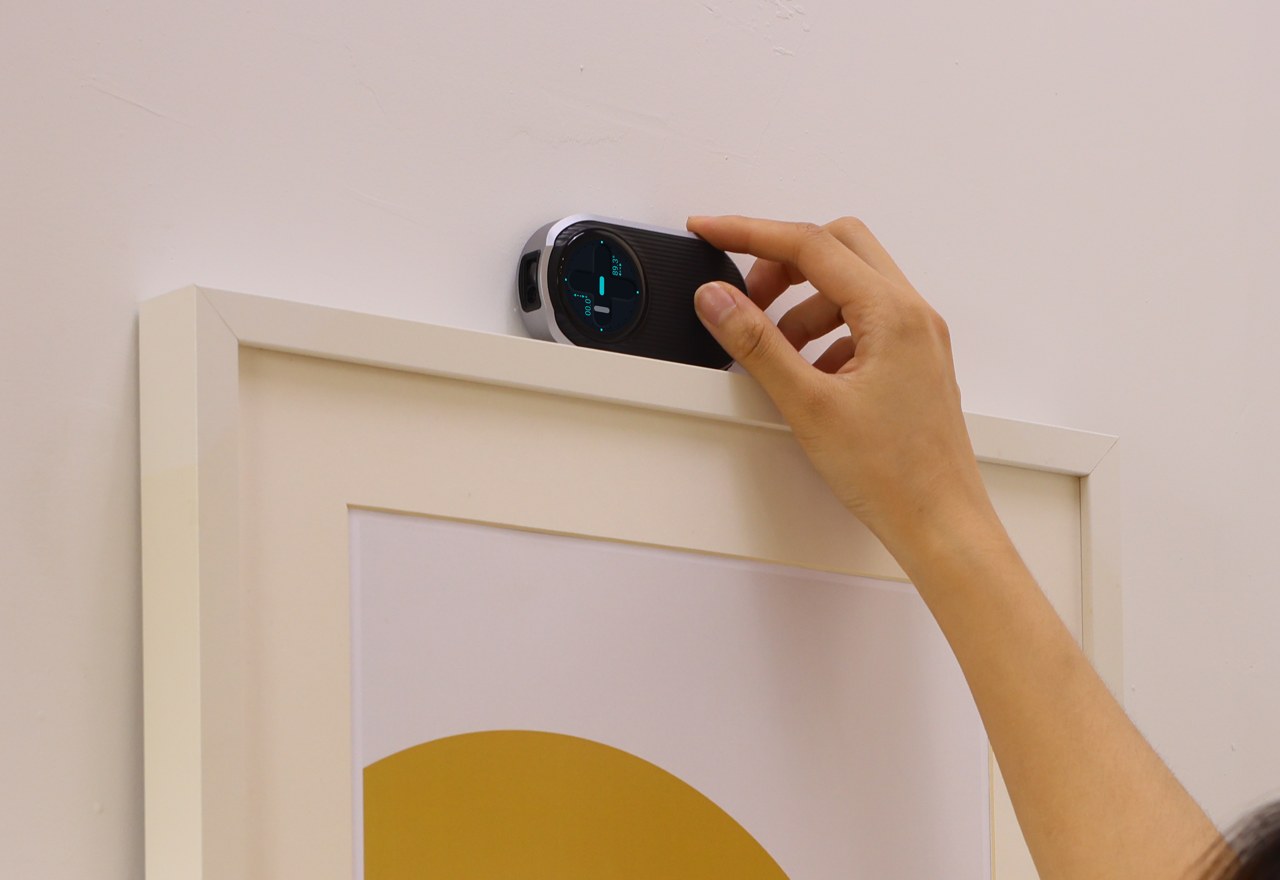 Level – Find out whether the surface is horizontal or vertical.

The MEAZOR 3D comes with a patented Ultra 3D adapter that makes creating floor plans a breeze by letting the device scan the room in all 360 degrees. The device is even smart enough to know where it is so that moving it to another room doesn’t require you to recalibrate it each and every time. This means that making a floor plan of the entire house is as easy as picking up the MEAZOR 3D and its stand and placing it in every single room. Even better, the MEAZOR APP 2.0 can easily convert those measurements into 2D drawings or even 3D models with a single tap. 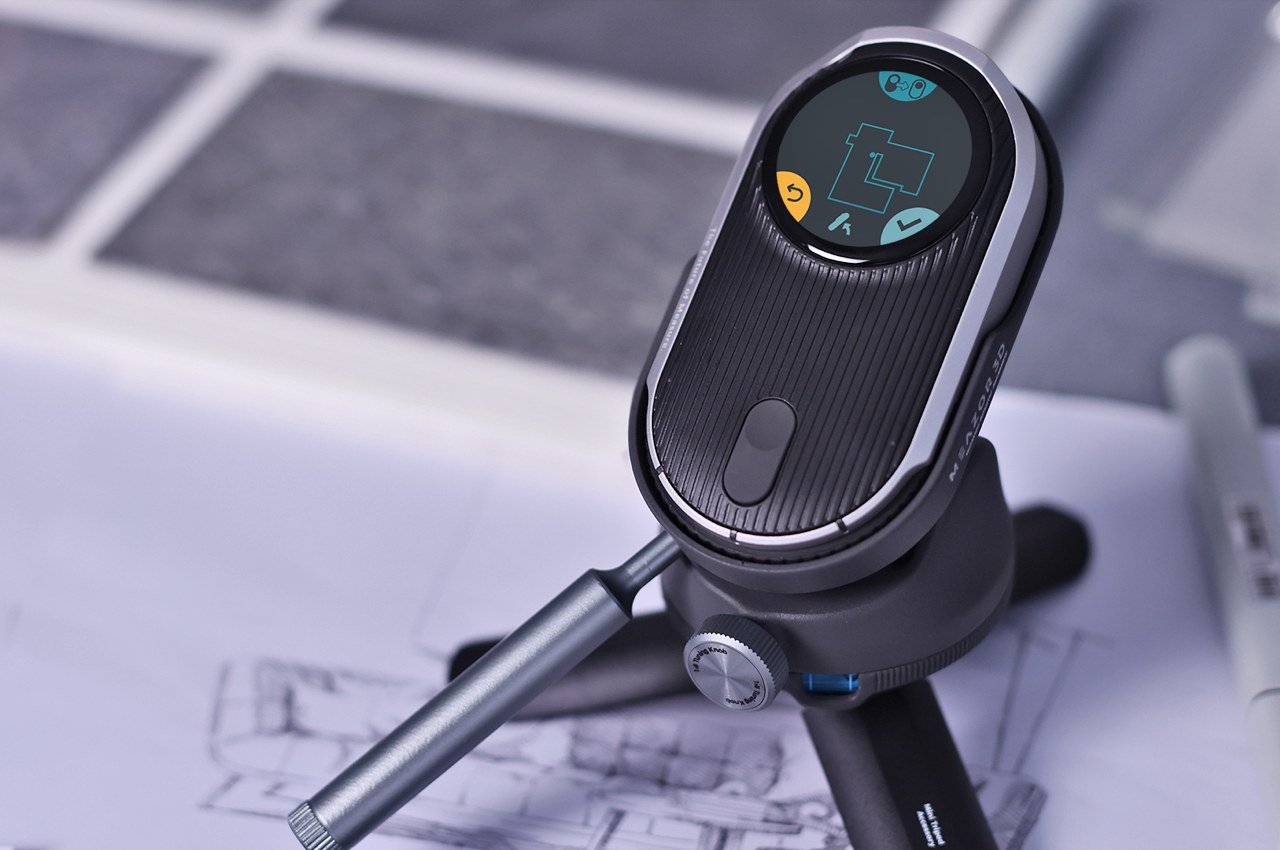 Measuring rooms, floors, and objects needs precision, but that doesn’t mean you have to bend over backward just to get accurate figures. With creative and innovative use of technology, the MEAZOR 3D makes the work easier and gives correct and more consistent results compared to analog tools and sometimes inaccurate human judgment. For something that replaces six tools, the $249 Kickstarter Special price sounds like a steal. Fortunately, the MEAZOR 3D is the real deal and definitely measures up to expectations.

All it takes is a Tilt

To manage our multiple gadget charging needs, the power strip has turned out to be an effective tool. What poses a problem is the adaptor…

When Motorola was acquired by Google, their first launch was the Moto X that boasted of a wooden back panel. This meant each back panel…

This iPhone Magsafe charger comes with a wireless attachment that doubles as your backup power bank!

The effervescent Andrew Kim is back again with yet another brilliant concept. This time it’s Warp, a cleaning system for your digital medias coupled with…