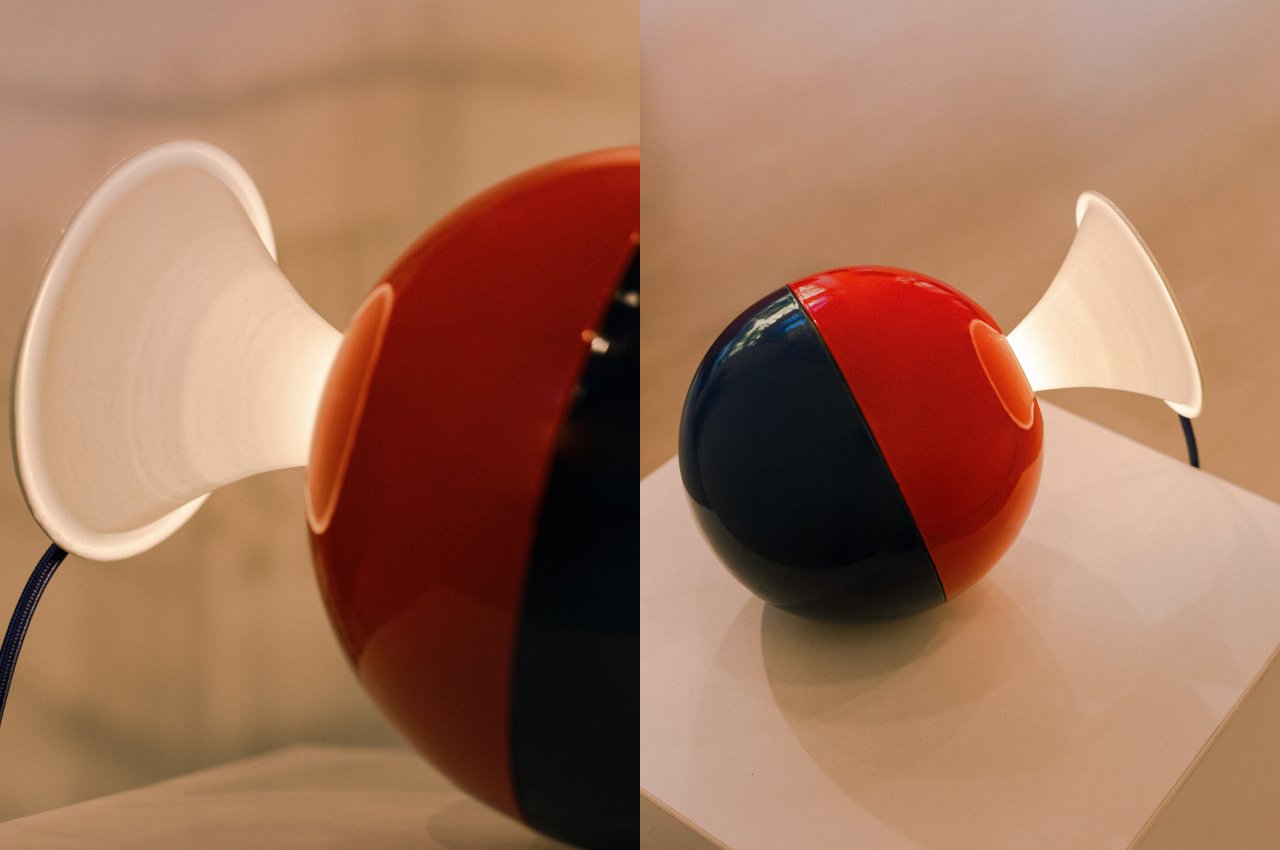 More often than not, designers will inject a bit of themselves into their creations, sometimes unconsciously, at other times intentionally. One’s history, culture, and learning influence what we do and make, after all, but sometimes there is a stronger desire to pay homage to the past in new and sometimes indirect ways. On their own, these pendant and standing lamps are already interesting and attractive, their play on shape, colors, and light making them stand out as fun art pieces. Beneath that specular surface, however, lies many ties to various parts of Hungary’s art, cultural, and socio-political history, making the Roly-poly more than just a toy-like fixture but also an expression of the country’s best creative minds as well. 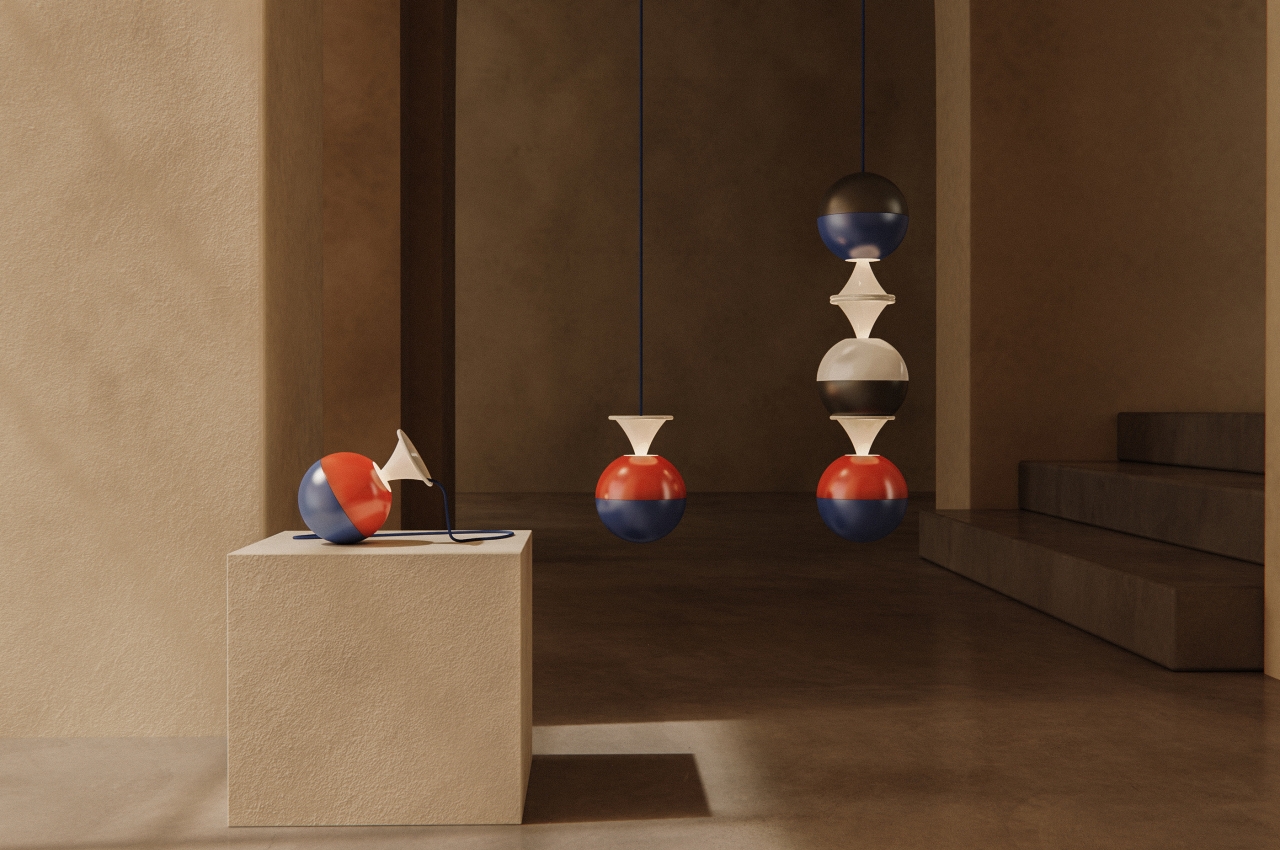 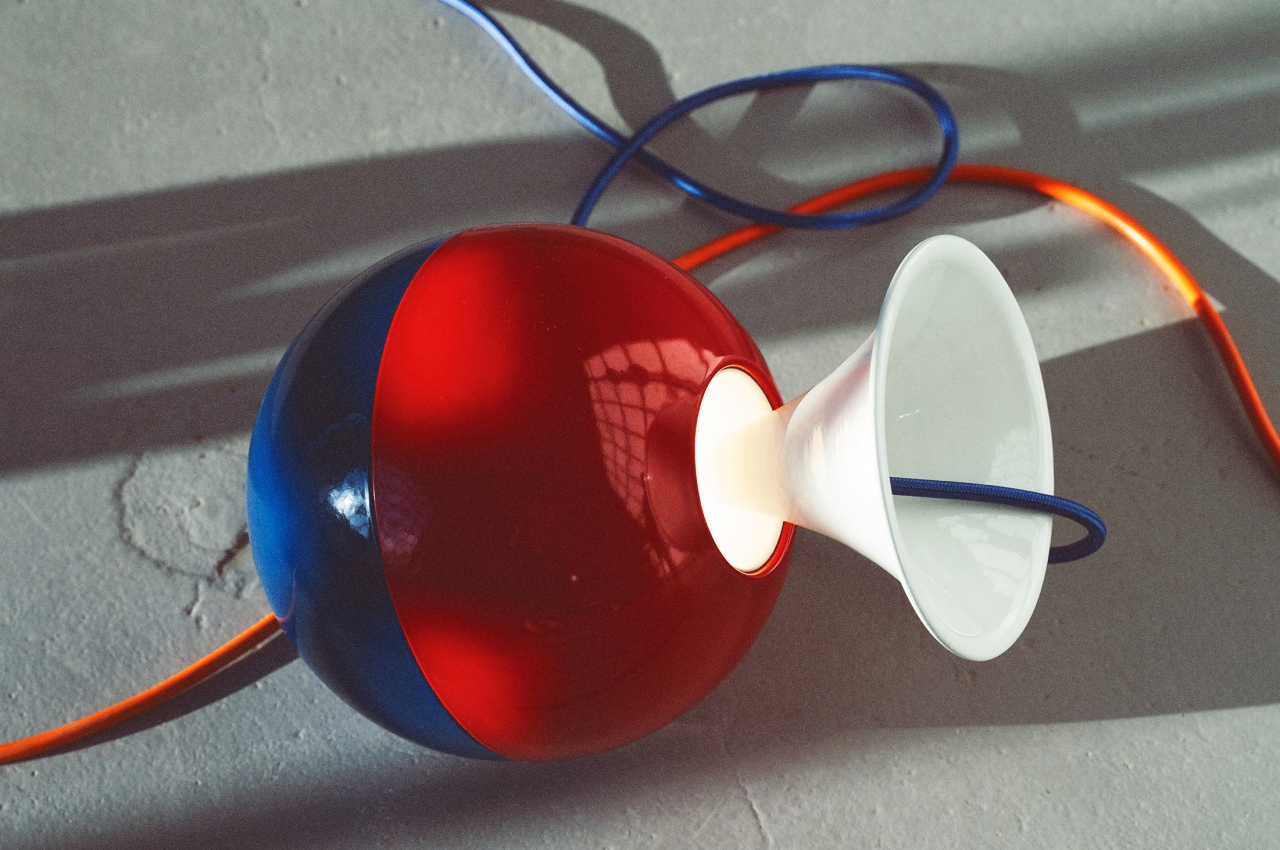 The name “roly-poly” itself already conveys something less serious, almost whimsical. In some parts of the world, particularly in Eastern Europe, it actually refers to a doll with a round bottom that would wobble on a surface but would eventually return to an upright position thanks to a weight hidden inside. Although these lamps aren’t meant to wobble and tumble in the same way, they still have that playful characteristic of their namesake, bringing a bit of fun to a room thanks to their shape and their color combinations. 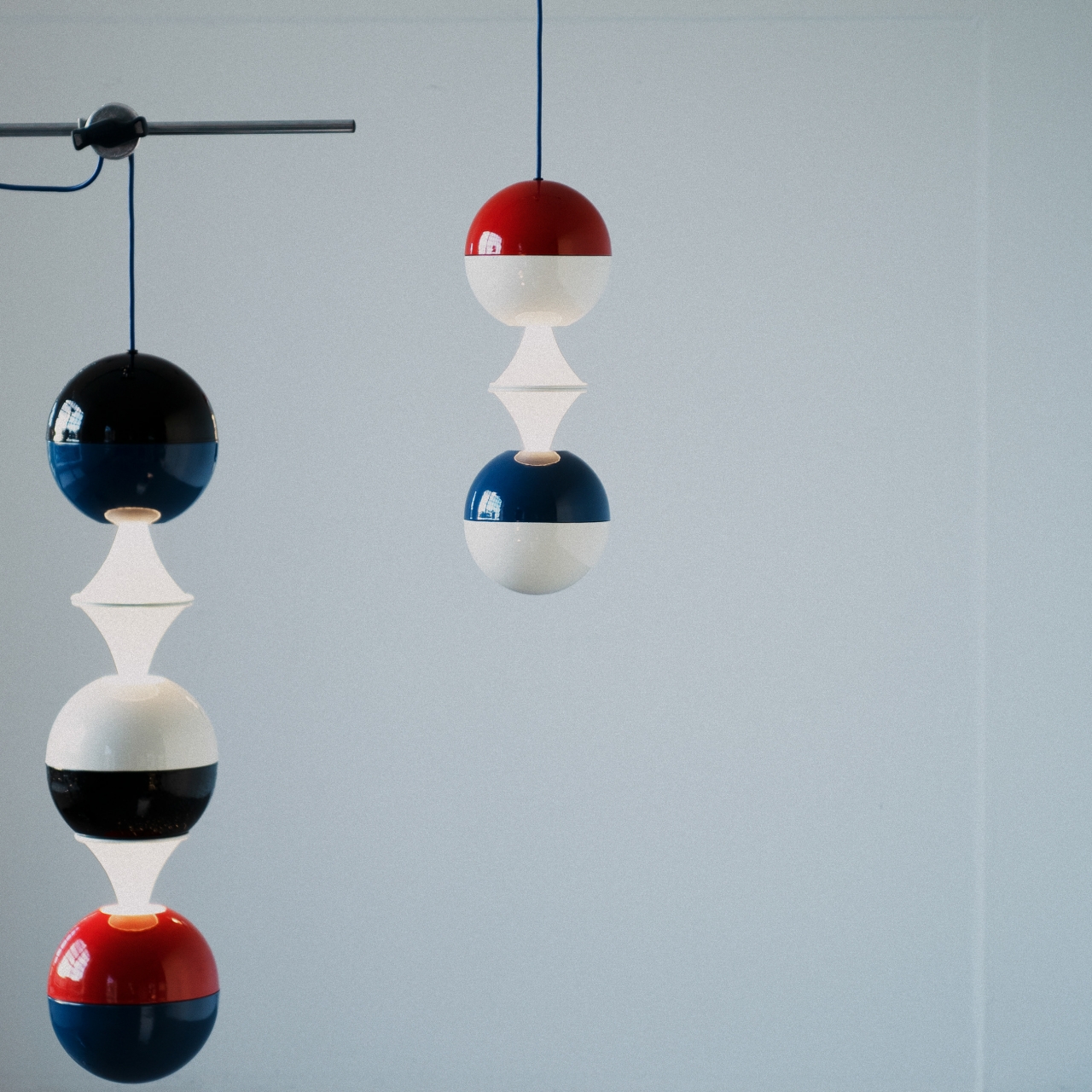 The choice of a spherical body and a conical lamp wasn’t just for the sake of resembling the toy, though. The forms and choice of dual colors are marks of the Bauhaus movement that left a strong impression in Hungarian art and design circles. That movement would also influence an architectural style in the 70s that the roly-poly lamps also embody literally. 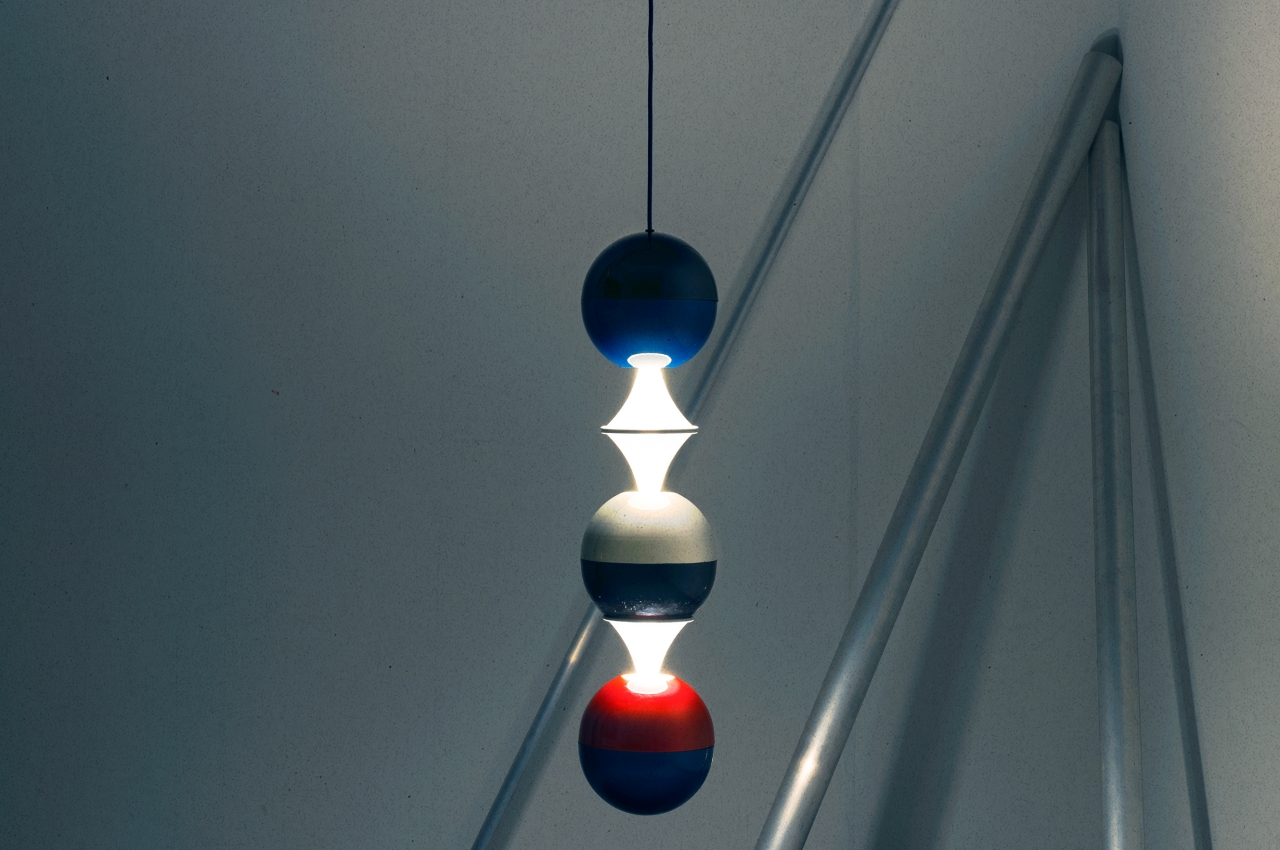 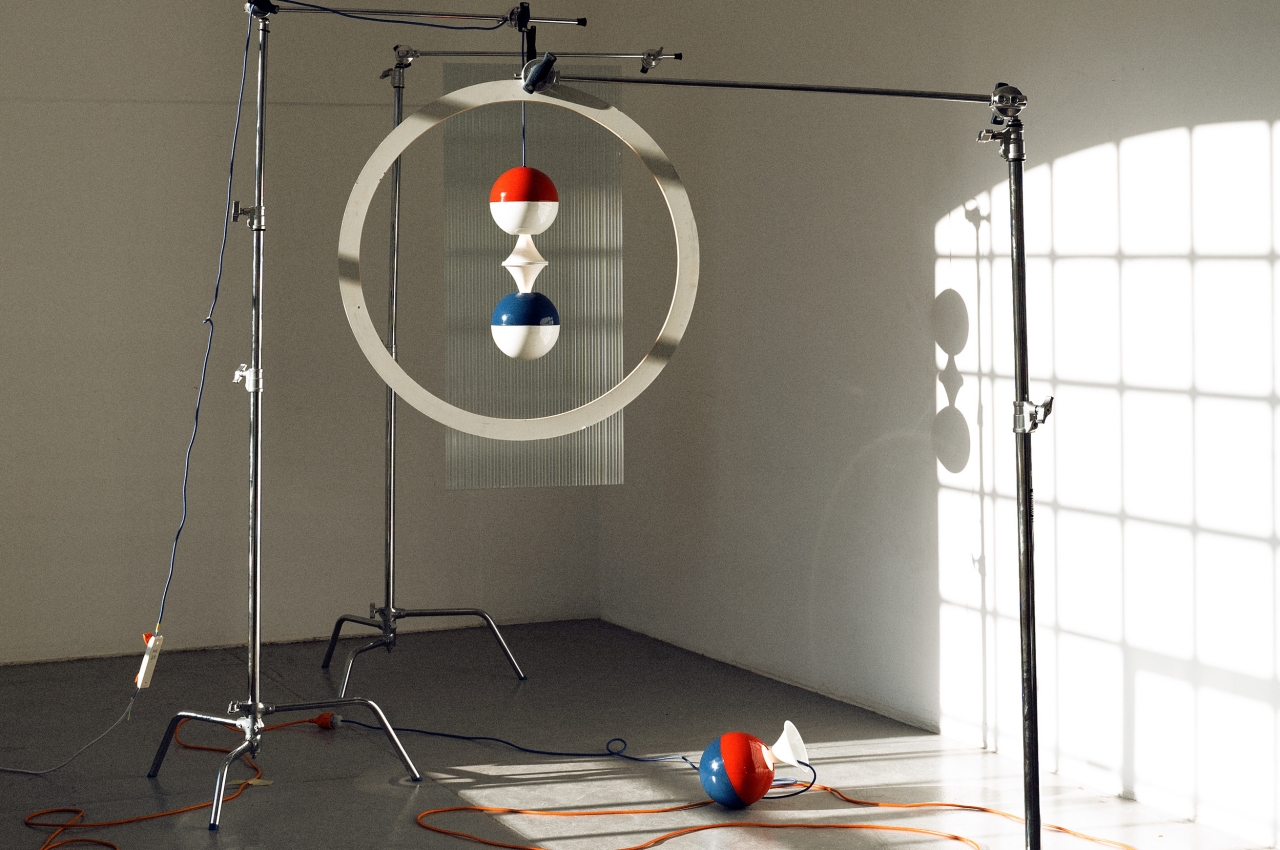 Although it looks like fragile glass, the rotund bodies of these lamps are actually made from a sheet of metal. To bring out its unique luster, the lamps are fire enameled, a style that became popular in Hungary’s Architectural Enameled Art Camp decades ago. It might be an old method today, but it is also a more sustainable process compared to plastic-based powder coating. The enameled steel surface looks almost glass-like thanks to the indirect light cast by the funnel-shaped head. 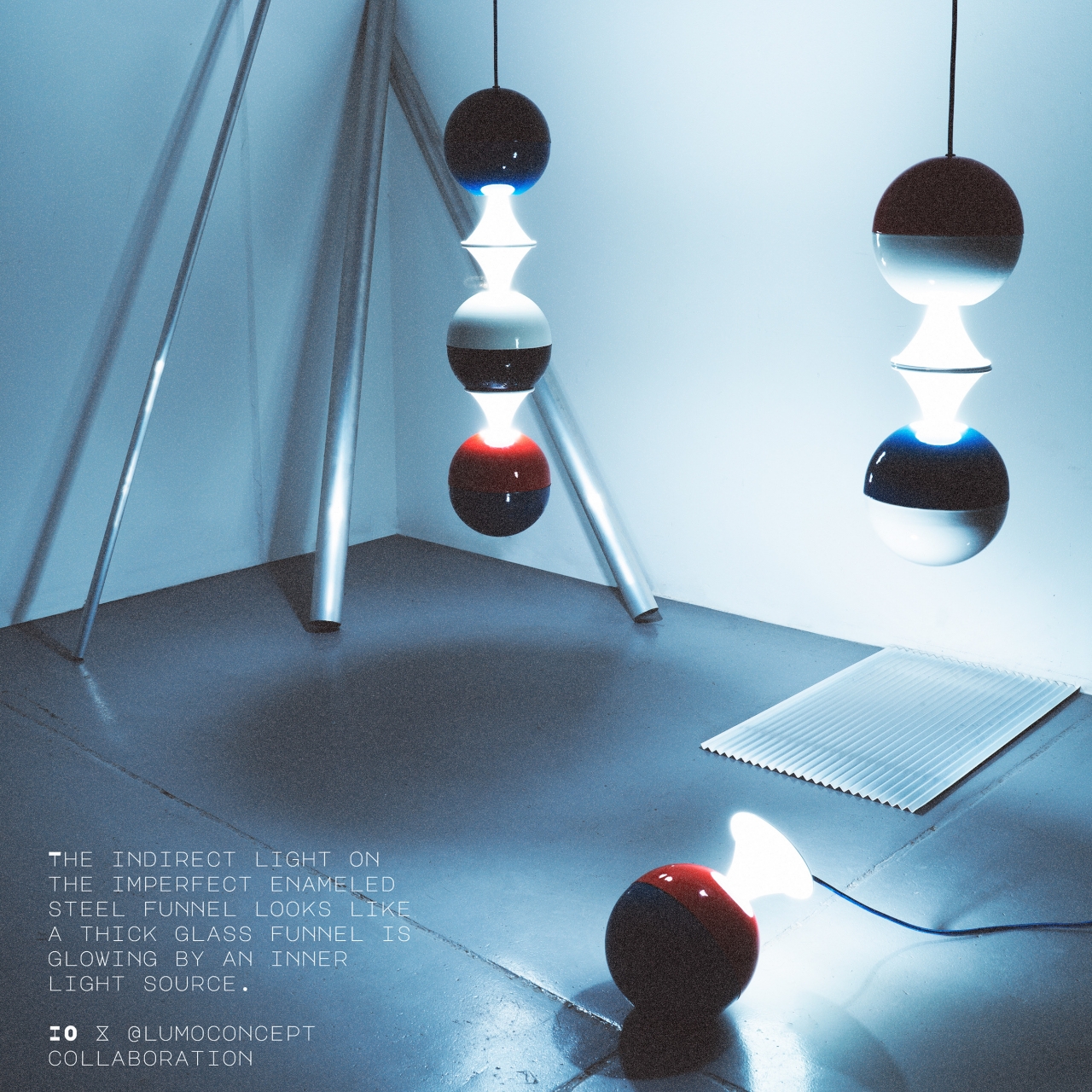 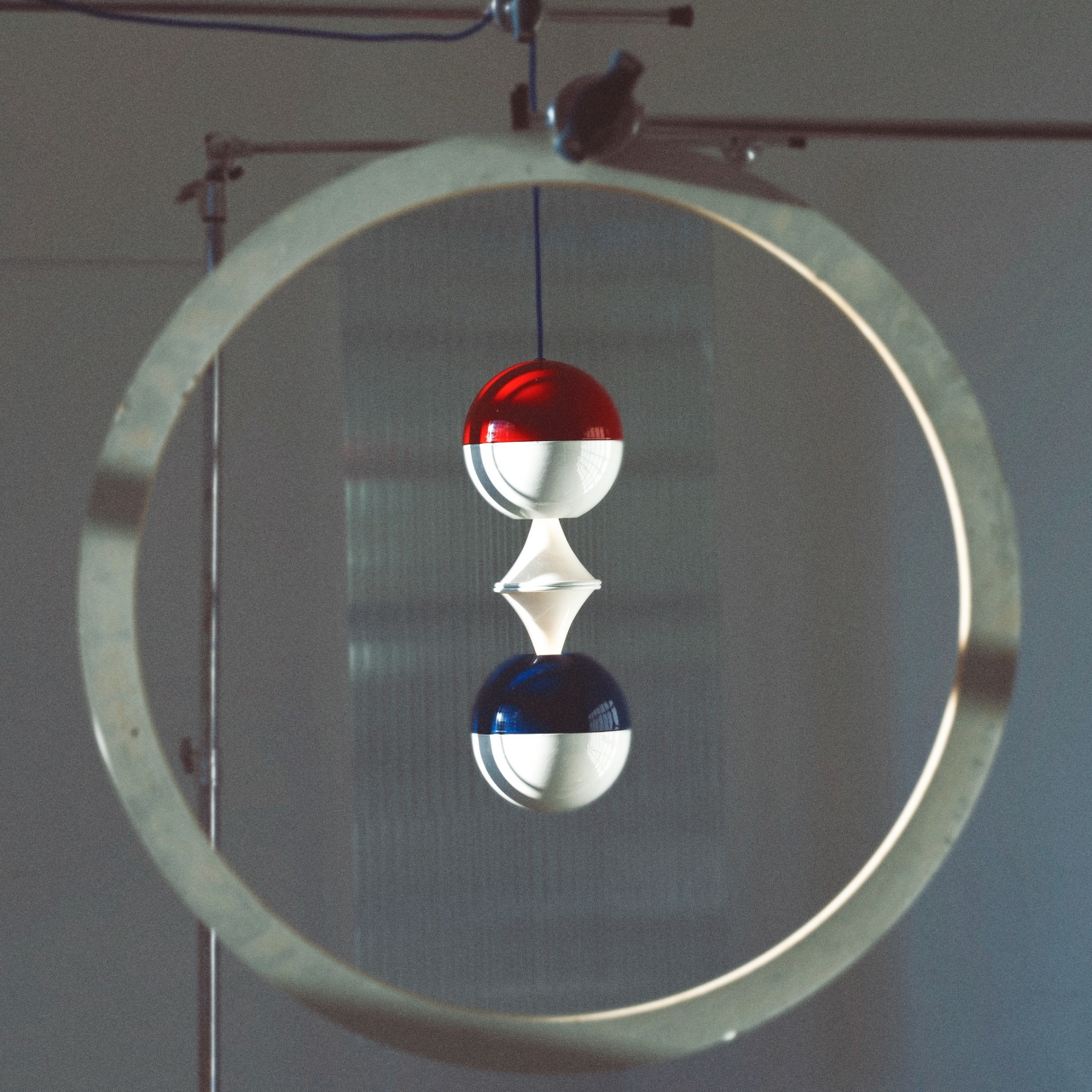 Two versions of the Roly-poly lamp exist. The standing lamp is a single piece that resembles the toy the closest, slightly wobbling while also giving the owner complete freedom to position the lamp any which way they like. The pendant lamps bring the modular aspect of lighting, offering the possibility of stringing multiple lamps in a vertical fashion. Such an arrangement can even reach the floor, making the Roly-poly look like a statue from that Enamel Art movement rather than a set of hanging lamps. 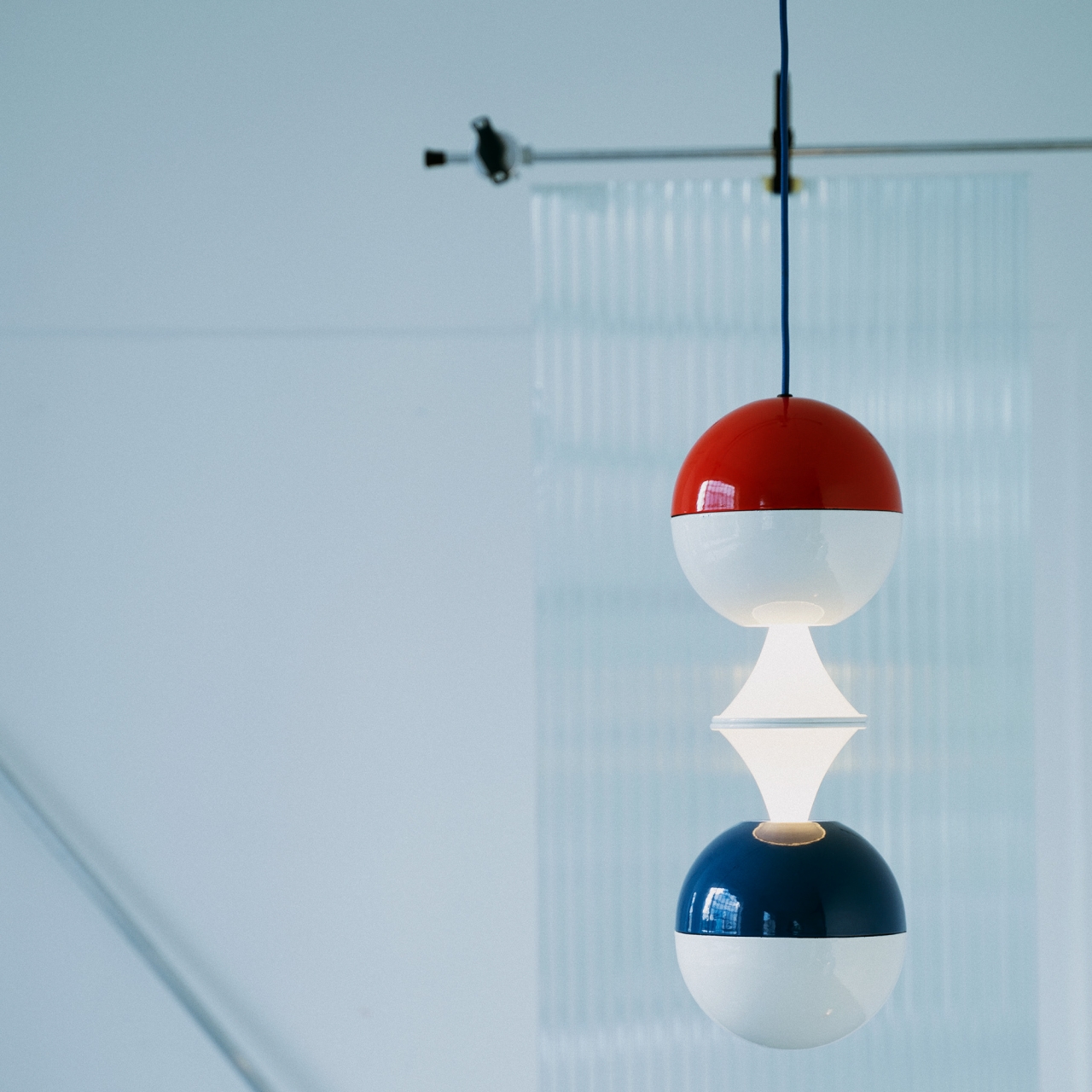 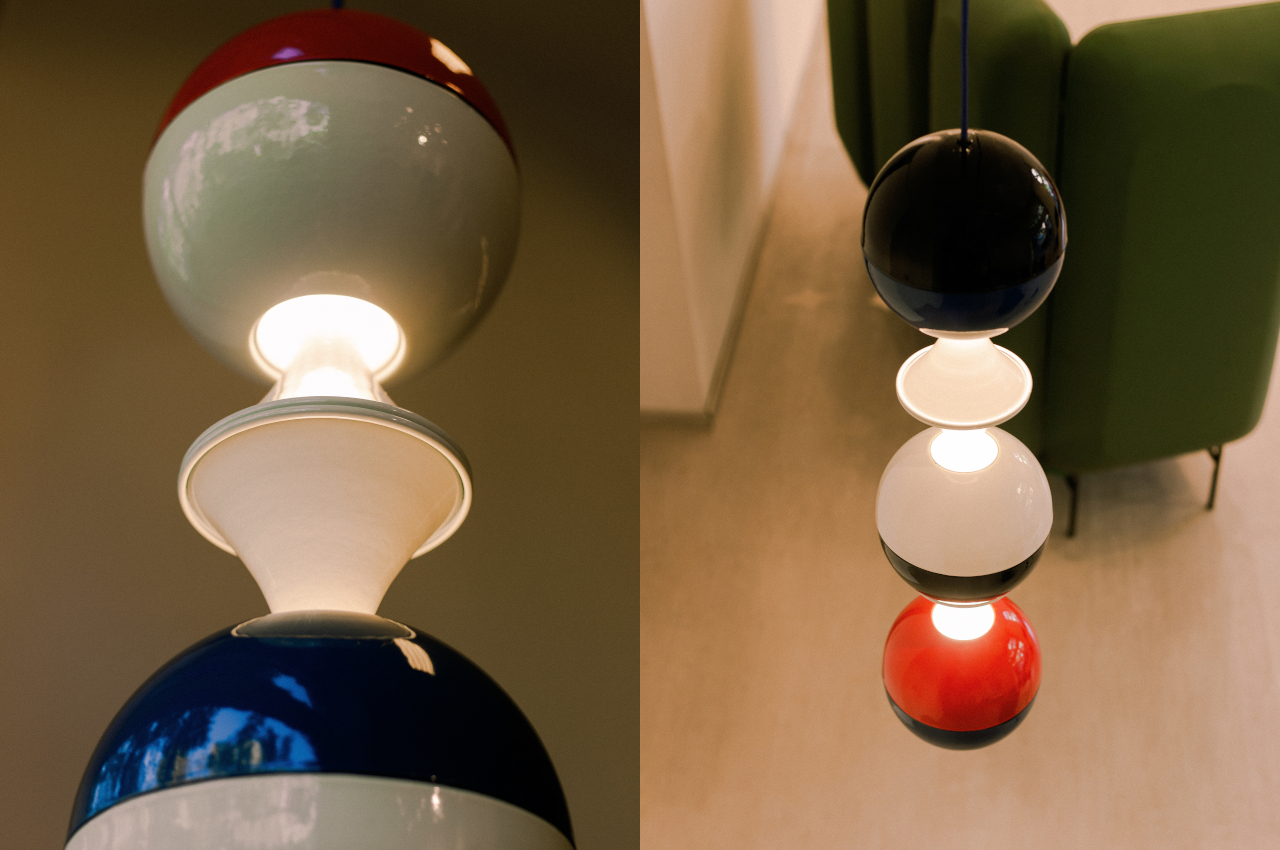 Roly-poly is part of the designer’s Burnt Collection, designed to put a spotlight on Hungary’s rich art and design heritage, particularly those influenced by the Bauhaus movement. These toy-like lighting pieces are like hidden history books, pointing to important parts of the country’s cultural and economic past. Even without that backdrop, however, the lamps bring a sense of fun and delight thanks to their playful use of shapes and colors, exactly like a roly-poly toy. 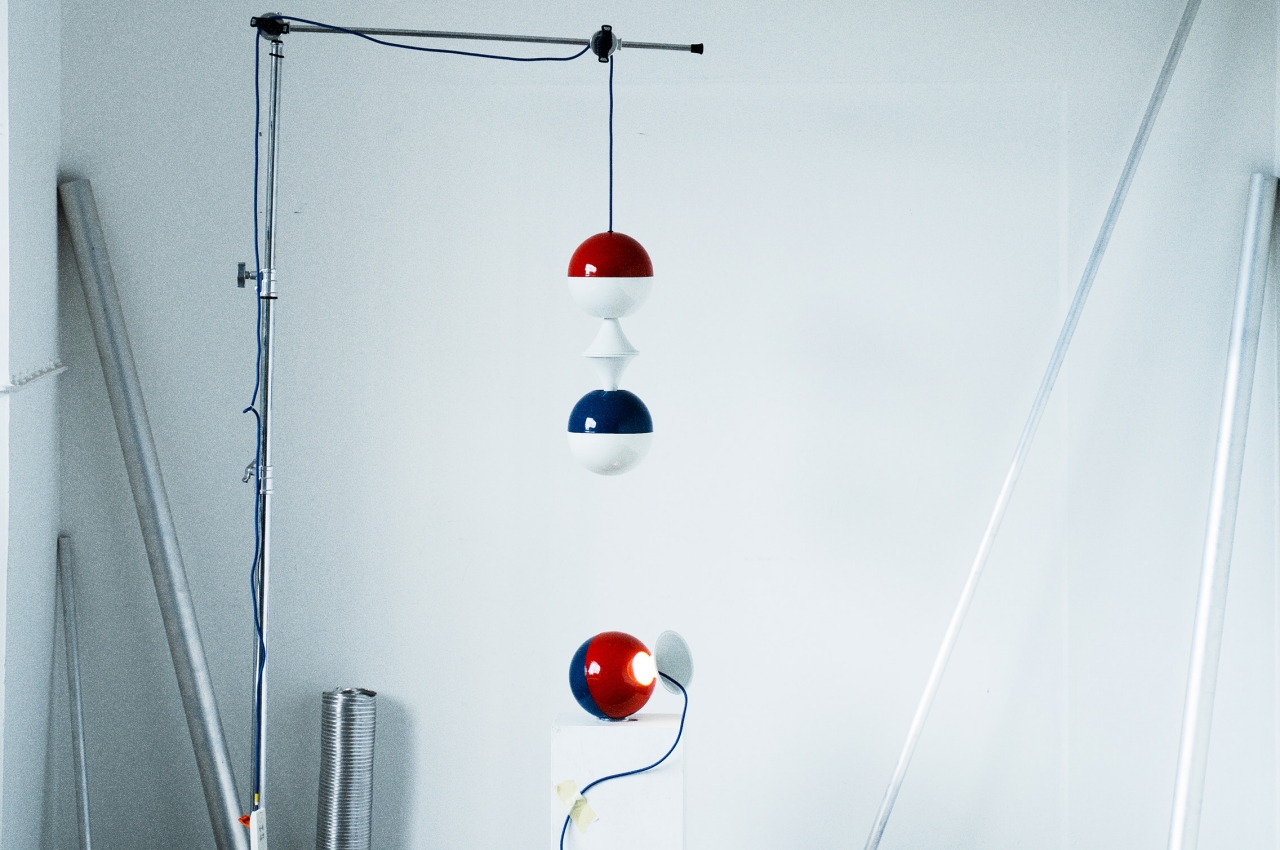 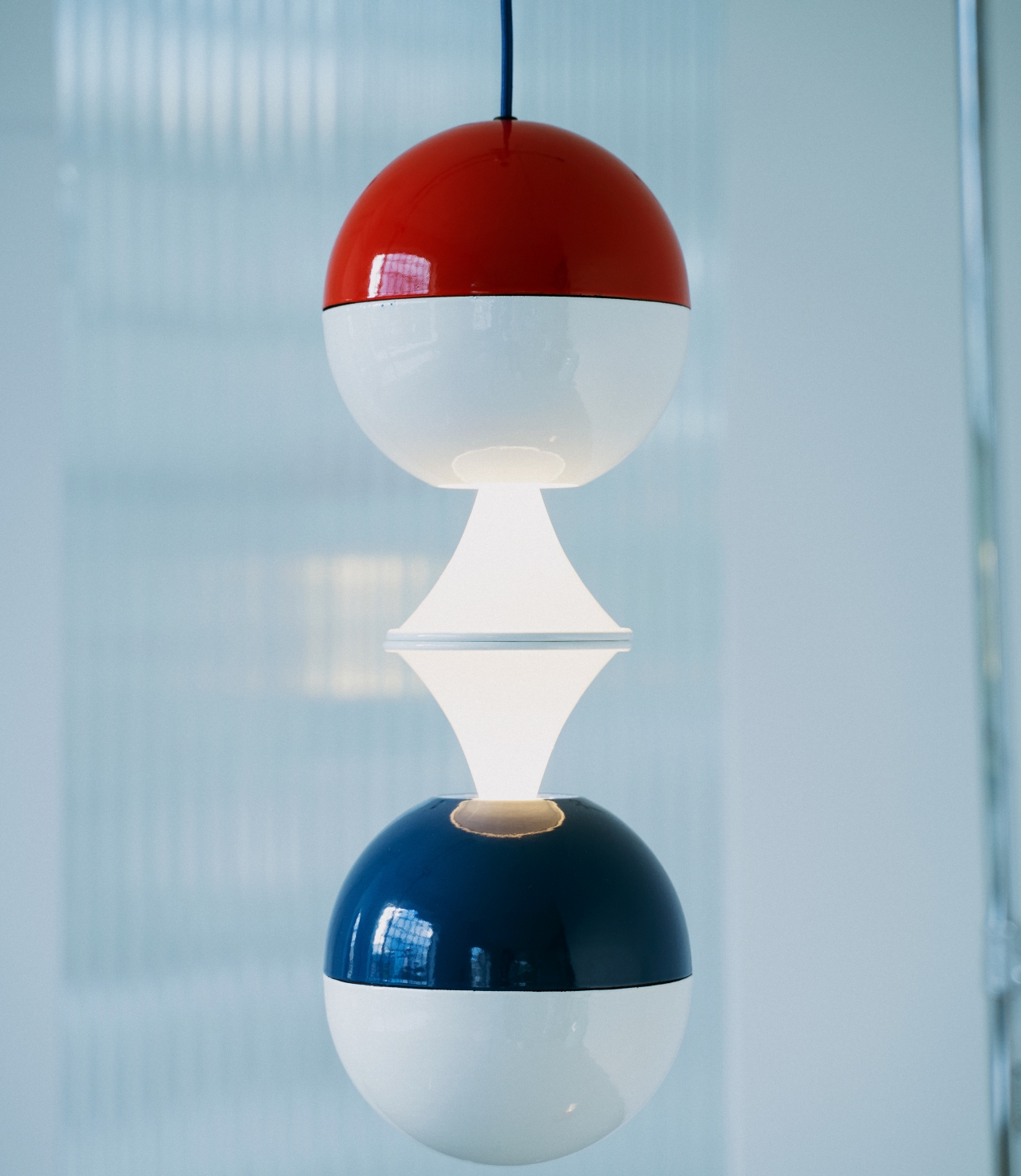 The SOL is a truly unique lighting solution that contrasts straight lines with flowing curves in an equally varied combination of materials: rigid steel and…

It’s hard to imagine what life would be like without the lamps that light up not only our nights but our days as well. It…

Maracas That Light Up Life

Traditional maracas are hollow balls made from dried gourd shell or coconut shell filled with seeds or dried beans. The new-age version is a kinetic-powered…

While not explicitly intended as a swizzle stick, the Mahoo light from Stefano Pistilli uses the conduction of water to complete the circuit and power…