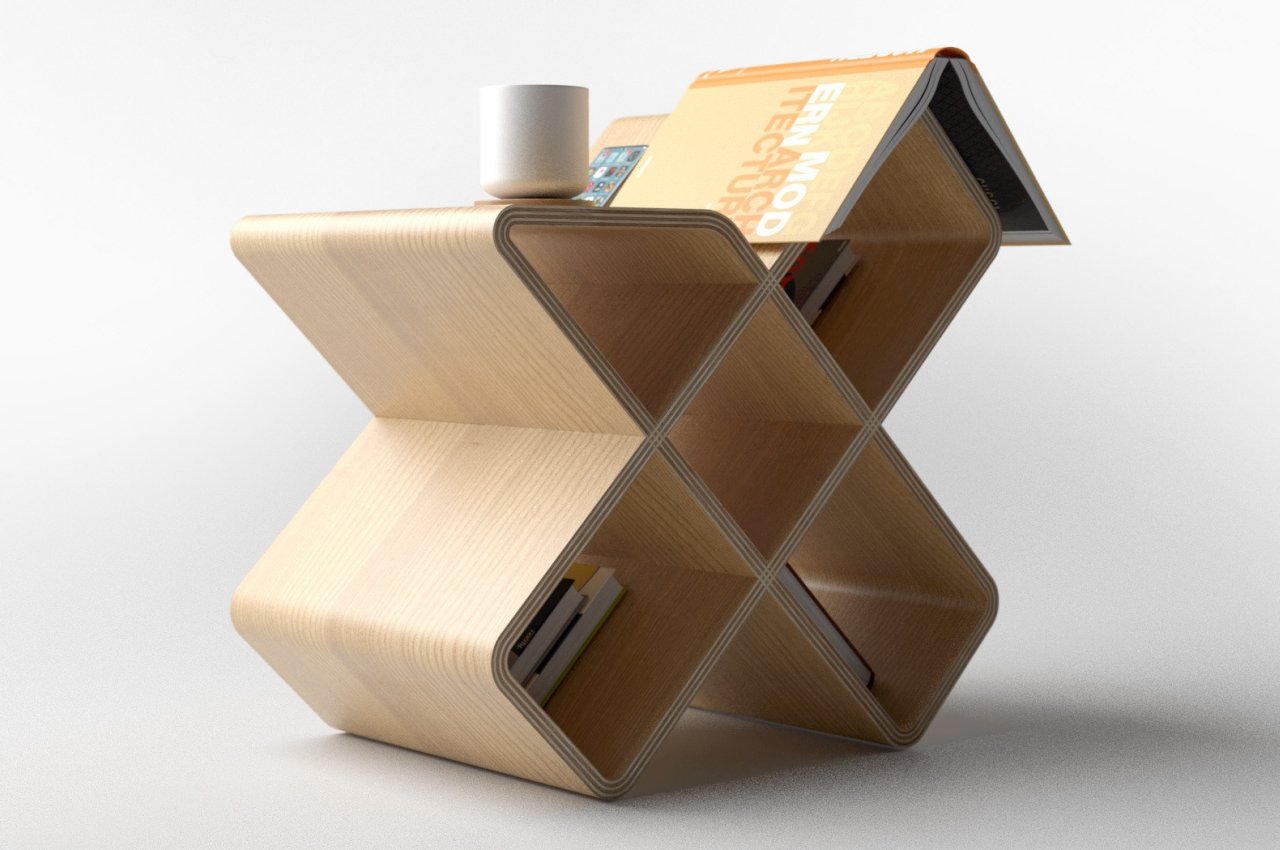 Space isn’t infinite, at least not the ones inside our houses and our rooms. Every piece of furniture you add means less room for anything else. Given the premium on living spaces these days, people have been forced to be smarter about their purchasing choices, particularly when it comes to chairs, tables, and shelves. Sometimes people buy modular products they can shrink and grow as needed or storage they can shove in some unusual location like stairs. Most of the time, however, people pick designs that can serve two purposes at the same time, like this small shelf and storage space that can also be used as a low side table, even if it looks like it might tip over. 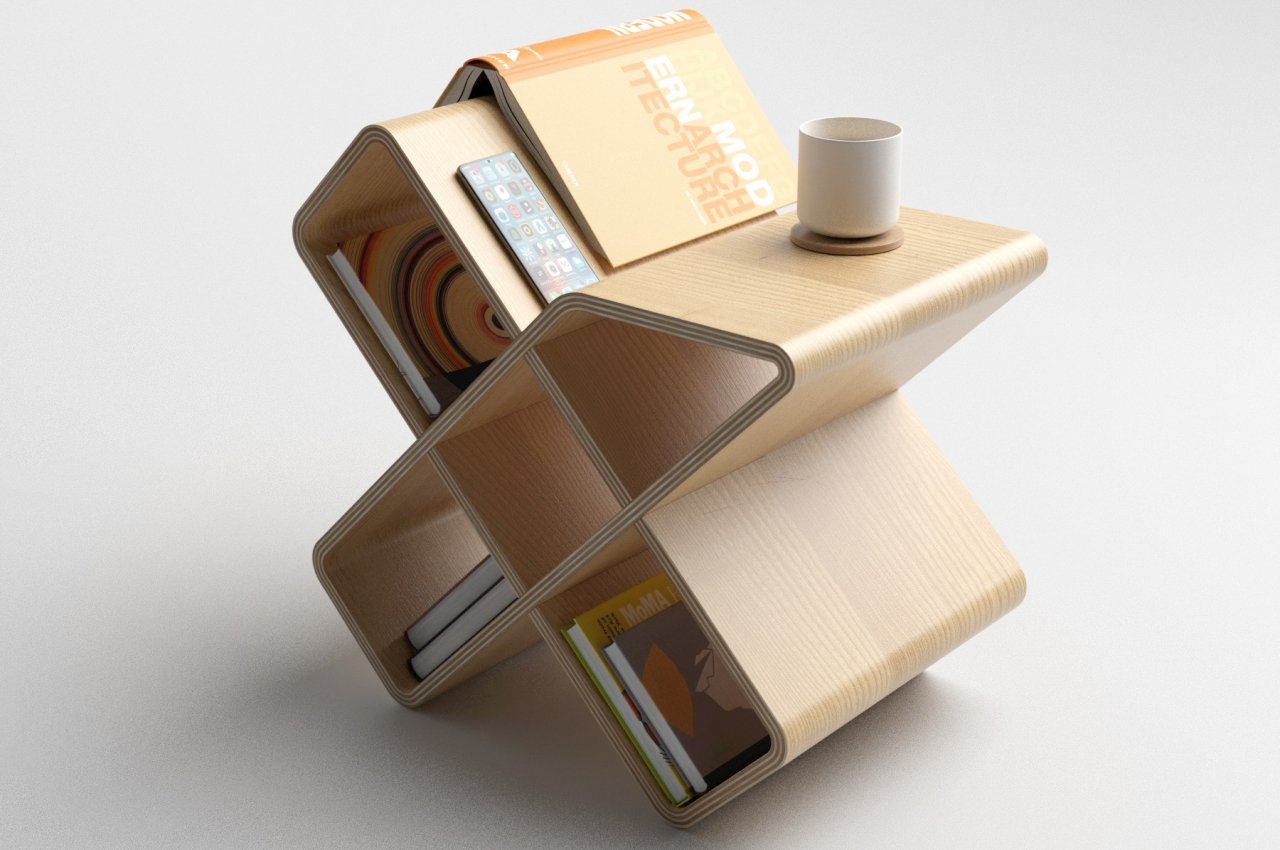 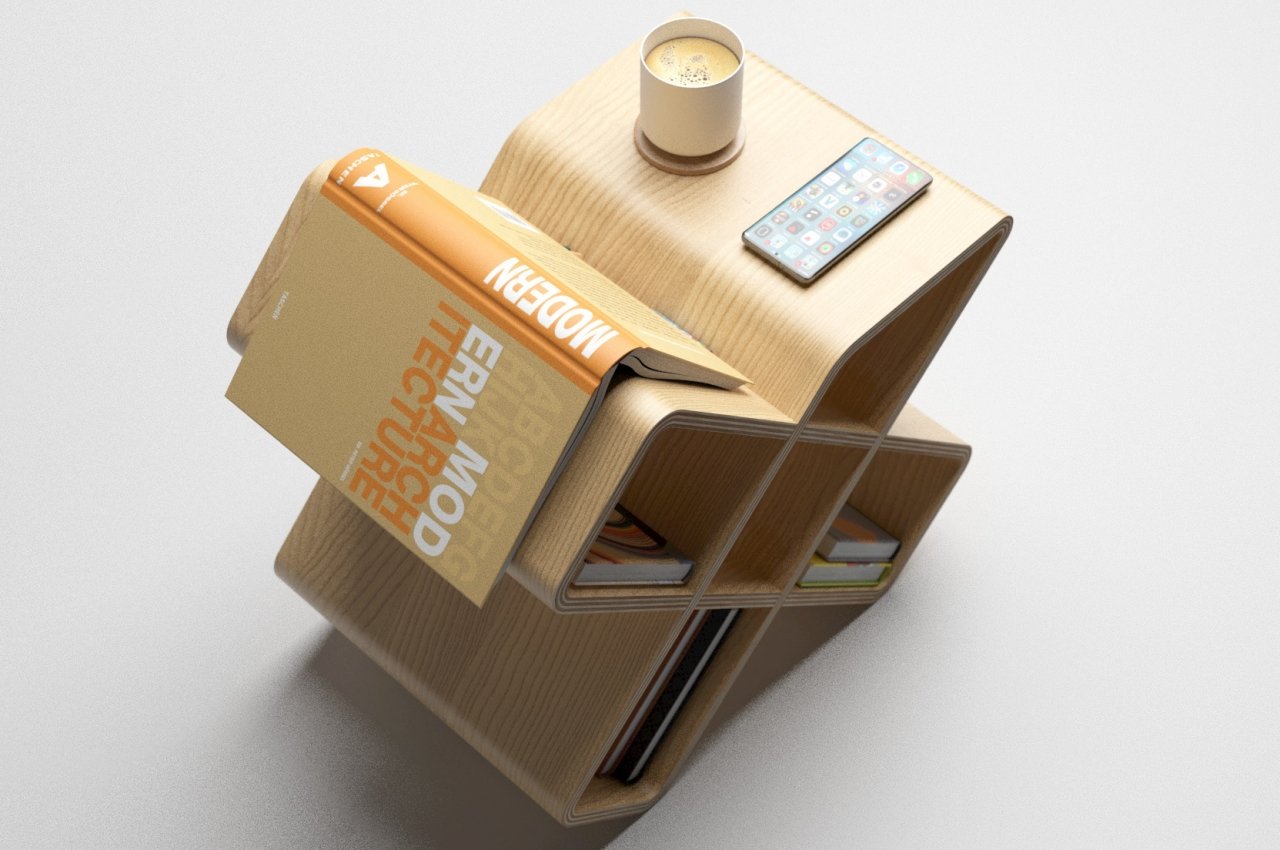 Shelves are excellent for storing things and also displaying them at the same time. Depending on how you arranged those things, it might also be easy to retrieve them at a moment’s notice. Most shelves, however, take up a lot of space, can rarely be moved, and can’t be used for anything else. Having something that can serve multiple functions at once is definitely better, and that’s what Crossbred tries to offer on a slightly smaller scale.

The furniture’s name speaks to both its form as well as its function. It looks like an “X” or a cross, as some might call it, standing steadily on the tip of its two legs. It’s a hollow cross through and through, and all five spaces can be used to store anything from books to knickknacks. That said, given their inclined surfaces, it obviously isn’t a good idea to put something that requires a perfectly horizontal plane, like some fragile decor or even a picture frame. 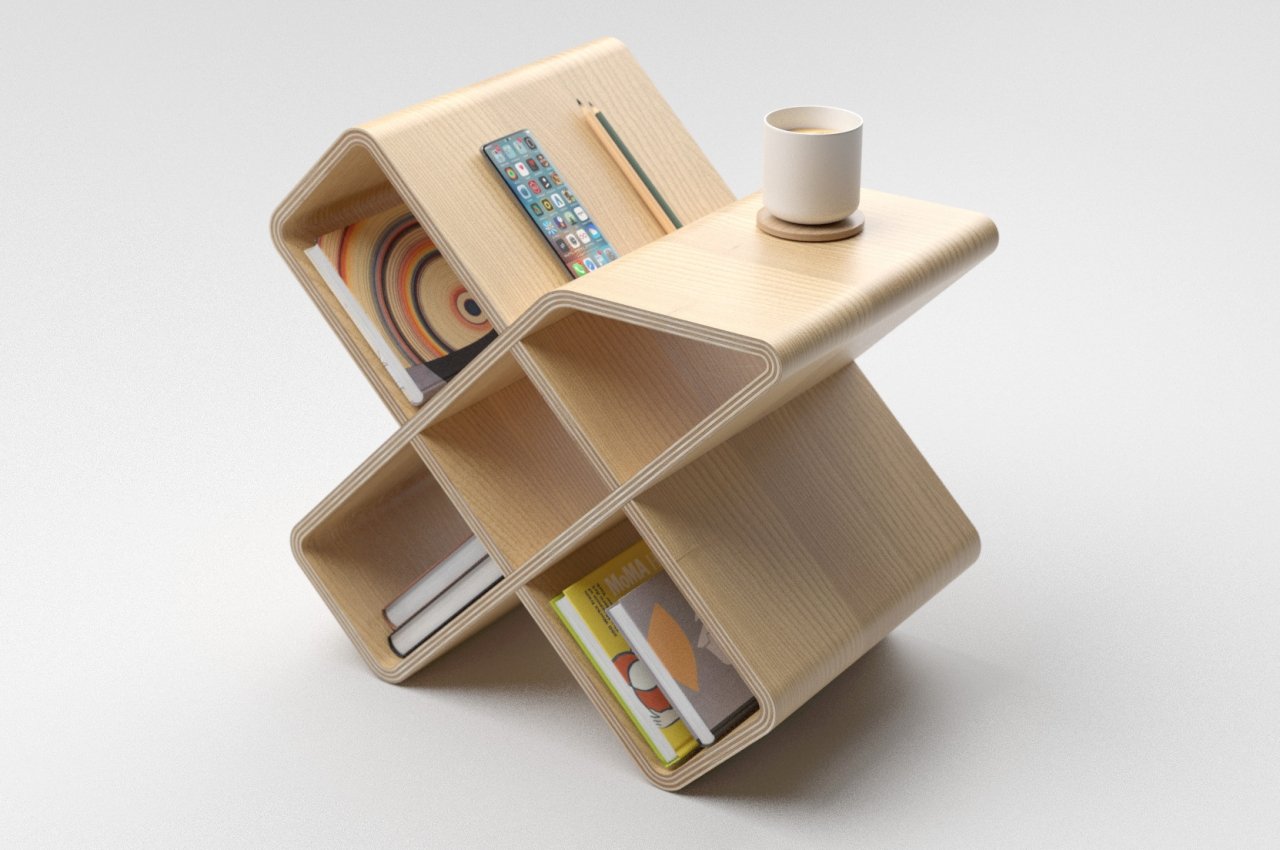 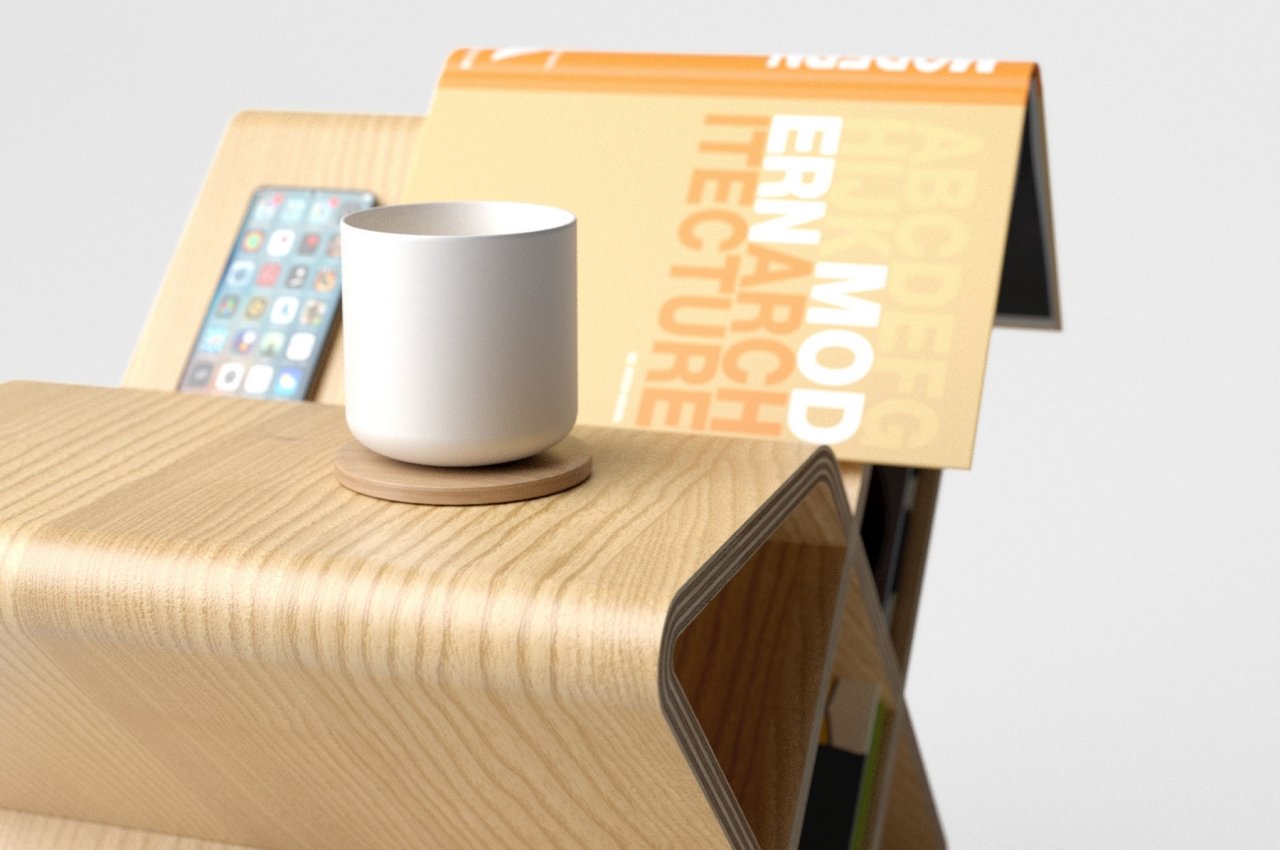 One part of Crossbred, however, might be good for that. One of the cross’ top arms is chopped off, leaving a flat horizontal surface. This can be used for those objects, or it can be used as a table for a quick sip of coffee. Of course, it can be used for both, even at the same time. It’s that kind of flexibility that makes the design a more viable solution than a separate shelf and side table. Almost every nook and cranny of the storage can be used for something, like a marker for books or a holder for phones and stationery. Despite its unorthodox design, there is almost no wasted space here. 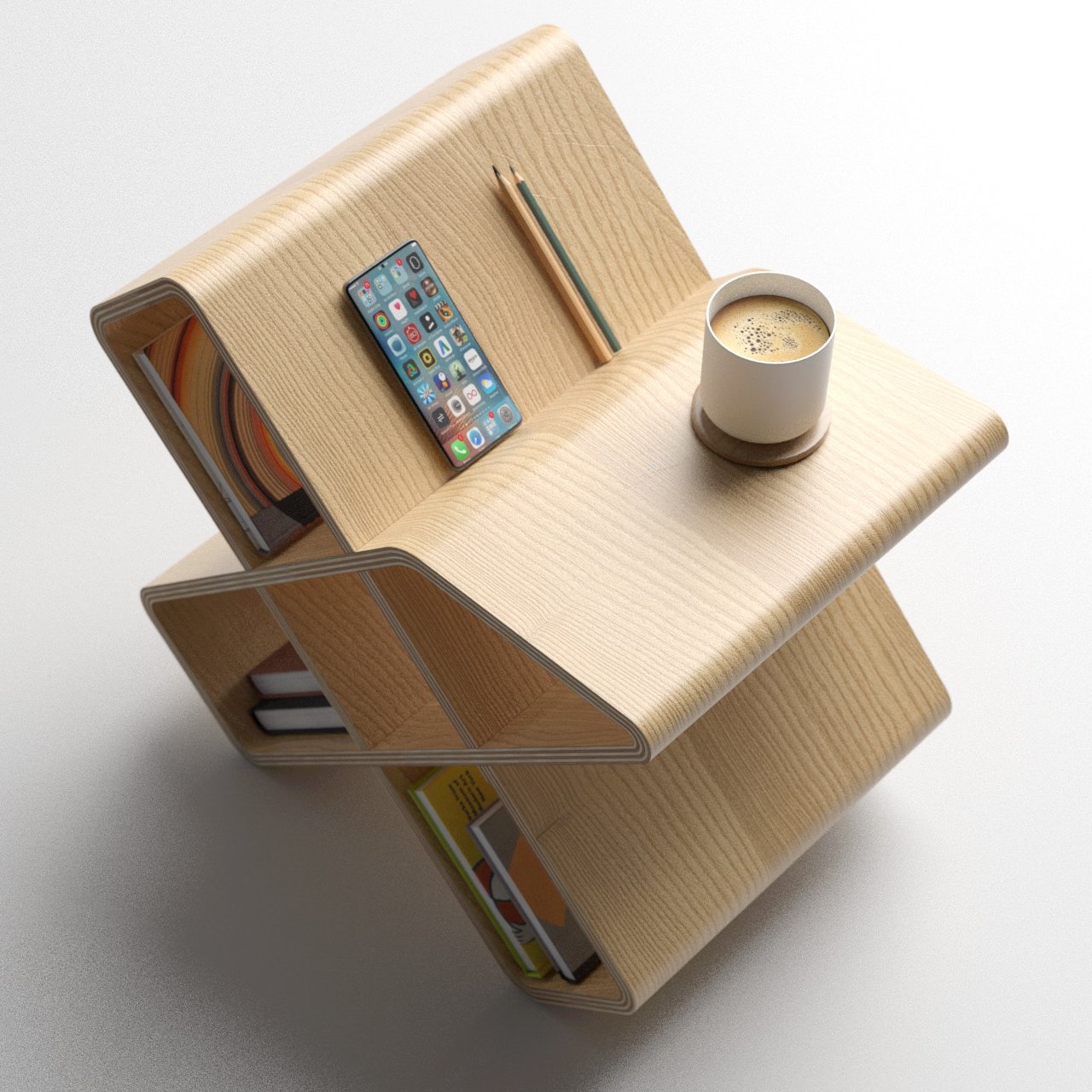 There is also a certain charm to the Crossbred’s design. Despite being made from wood that gives off a sense of warmth and familiarity, its cross shape and especially its truncated arm also give it a pinch of dynamism and whimsy. It definitely has an understated beauty to it, one that doesn’t scream to get attention. Most importantly, it is multi-functional and a perfect fit in today’s world and lifestyles, where change is constant, and people’s needs and tastes change just as much. 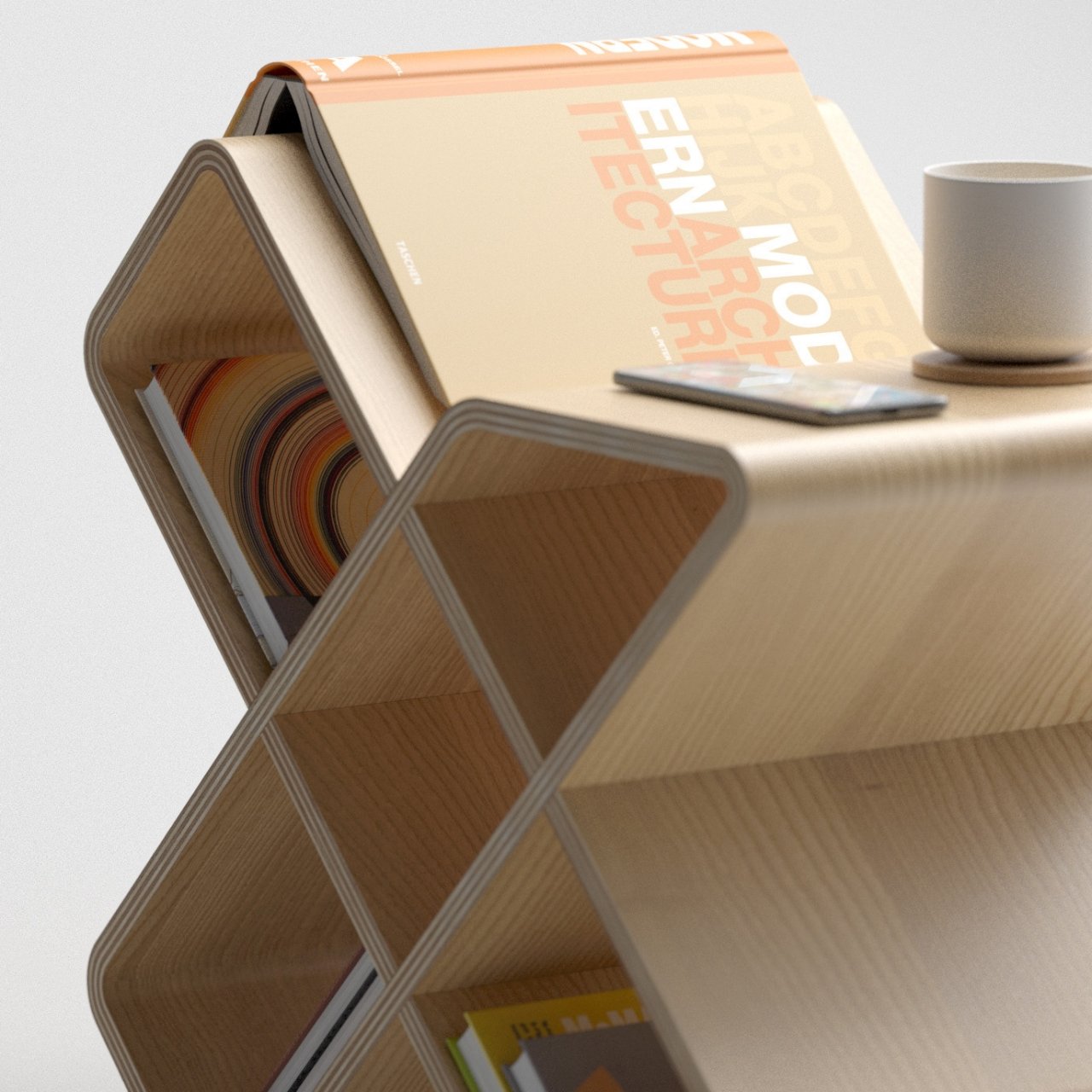 The Fuse chair is so named for the way it stylishly brings together old and new materials to bridge a generational gap in design. Inspired…

Outside In is a multifunctional, shapeshifting table that incorporates hand-carved grooves into its timber frame to resemble the raked ruts of Japanese zen gardens. Japanese…

Organizing things has always been my Achilles’ heel. And I know it’s something everyone struggles with from time to time. So product designers Giulia Pesce…