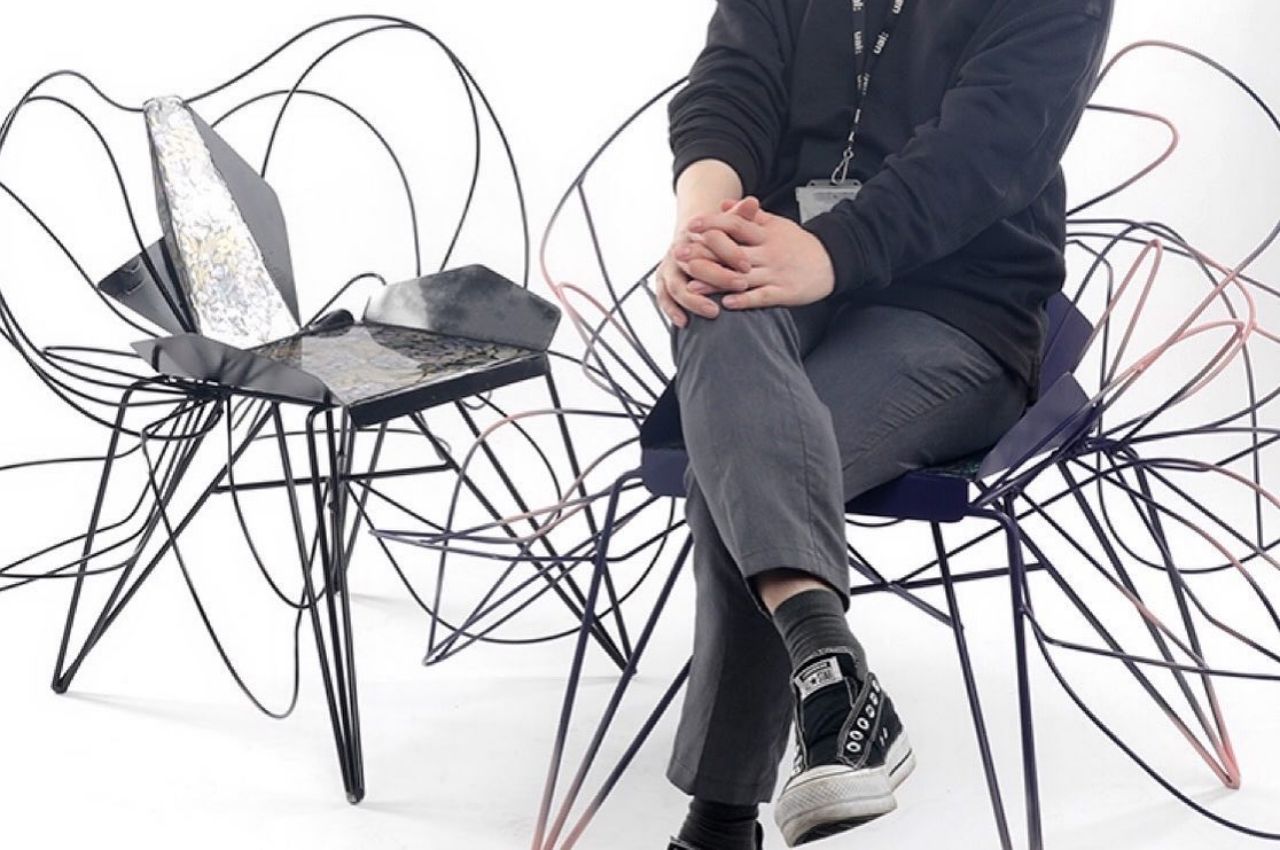 Minimalism remains the dominant design philosophy in many of today’s products, both physical and virtual, but it’s hardly the only way to make products. In the past years, there has been a rise in the desire for more expressive forms and displays, with artists and designers finding inspiration in maximalist schools of thought. Of course, maximalism isn’t about excess for excess’ sake, nor does it simply mean throwing anything and everything into the pot. Every line, every curve, and every detail still has a rhyme and reason, even if it isn’t immediately evident at first glance. Take, for example, this chair, whose spindly wires might evoke uncomfortable emotions but is actually inspired by a butterfly resting on a flower floating on a gently flowing river. 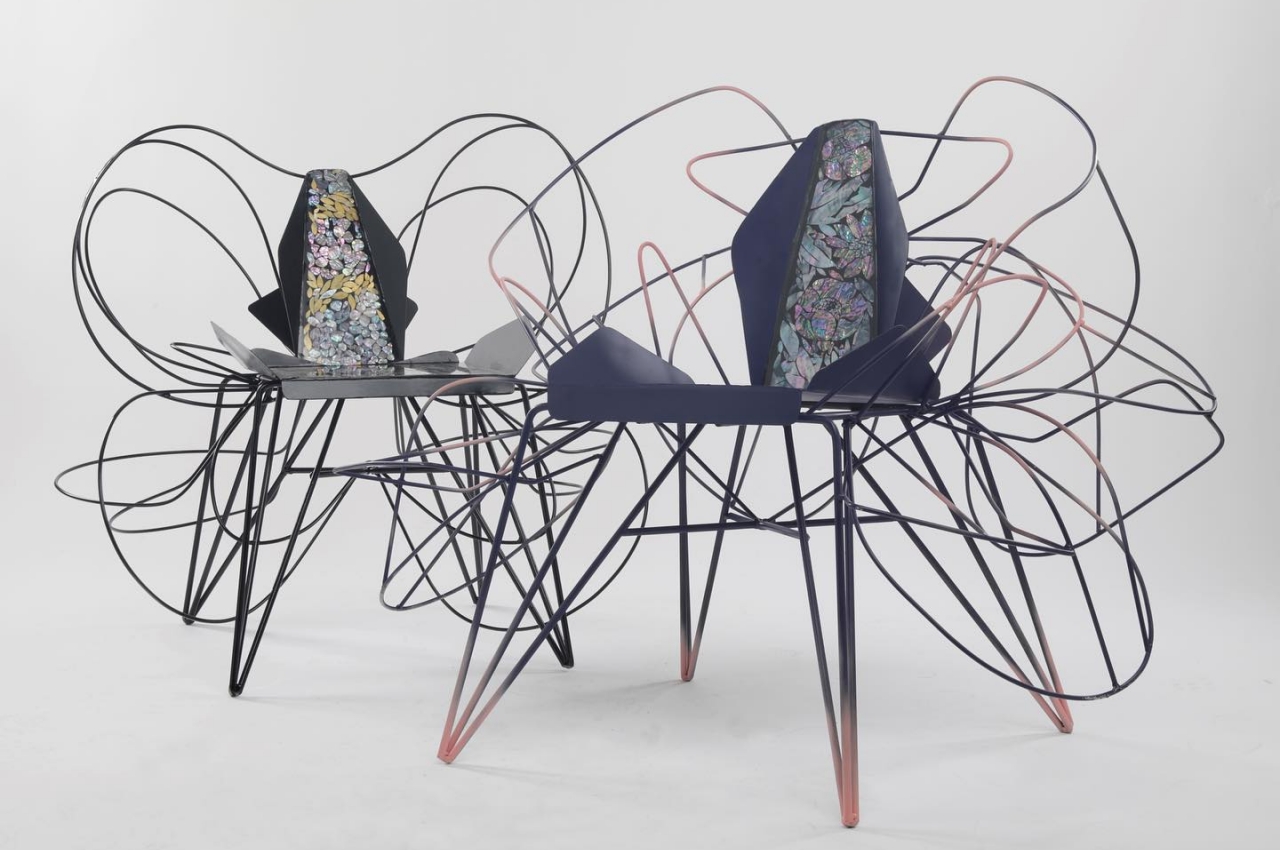 To some extent, it’s almost more difficult to embrace maximalism because every element still needs a reason to be there. Knickknacks nudge memories or bring delight, while clashing colors create interest without causing nausea. Flowers littering the surface of a chair are more than just whimsical embellishments, and metal wires sprouting in every direction have a message to convey. In this case, the “Kkoch-Galam” chair is not only named after a river with flowers but is designed to call to mind that pleasant, rural scenery, albeit with an almost eccentric, artistic twist. 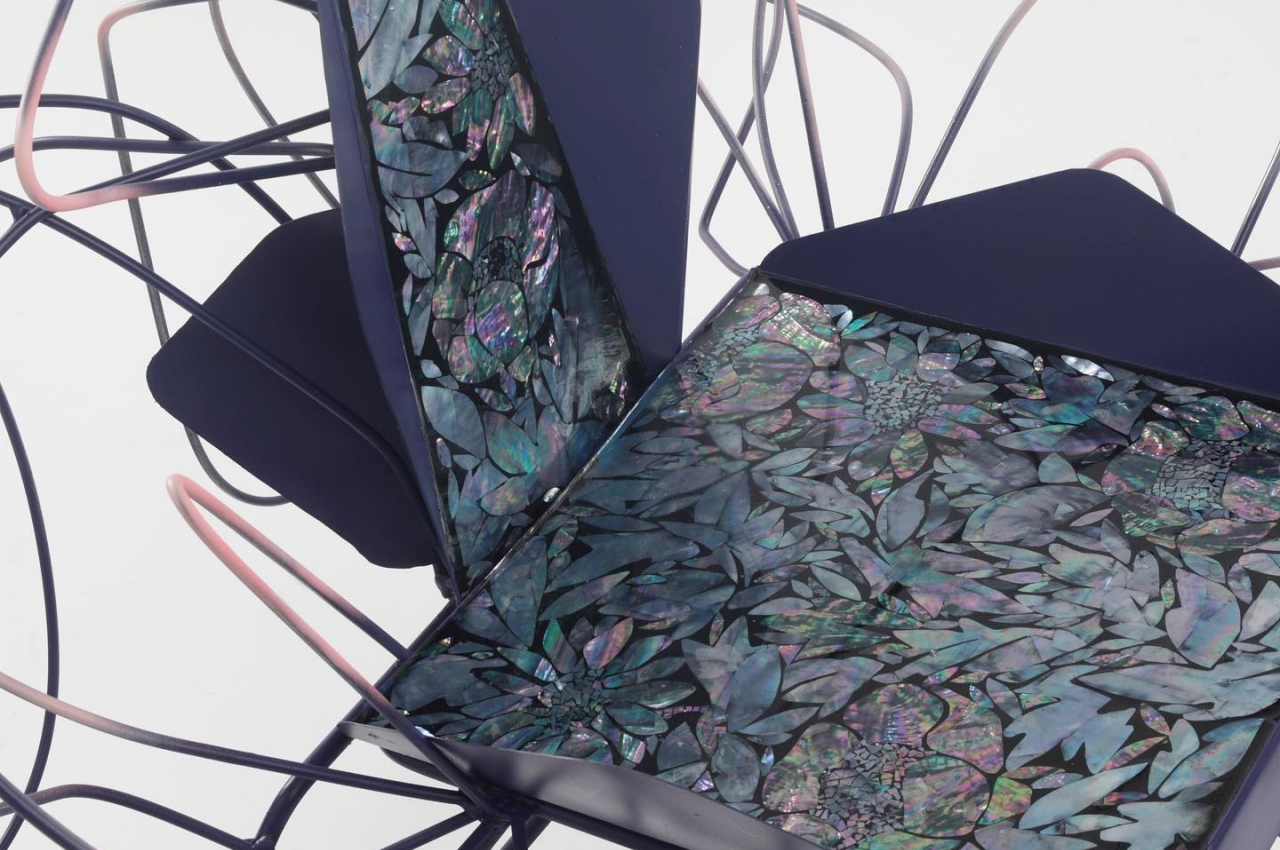 The wide square base that serves as the seat and the tapered backrest are both filled with floral patterns, with each chair in the collection corresponding to the four seasons. When viewed from the front, the chair looks like a river flowing towards you and then pooling in a small pond where the flowers and leaves are all gathered in an almost kaleidoscopic display of nature’s colors. That’s mostly thanks to the use of mother-of-pearl inlays that make up the petals in this elegant composition. 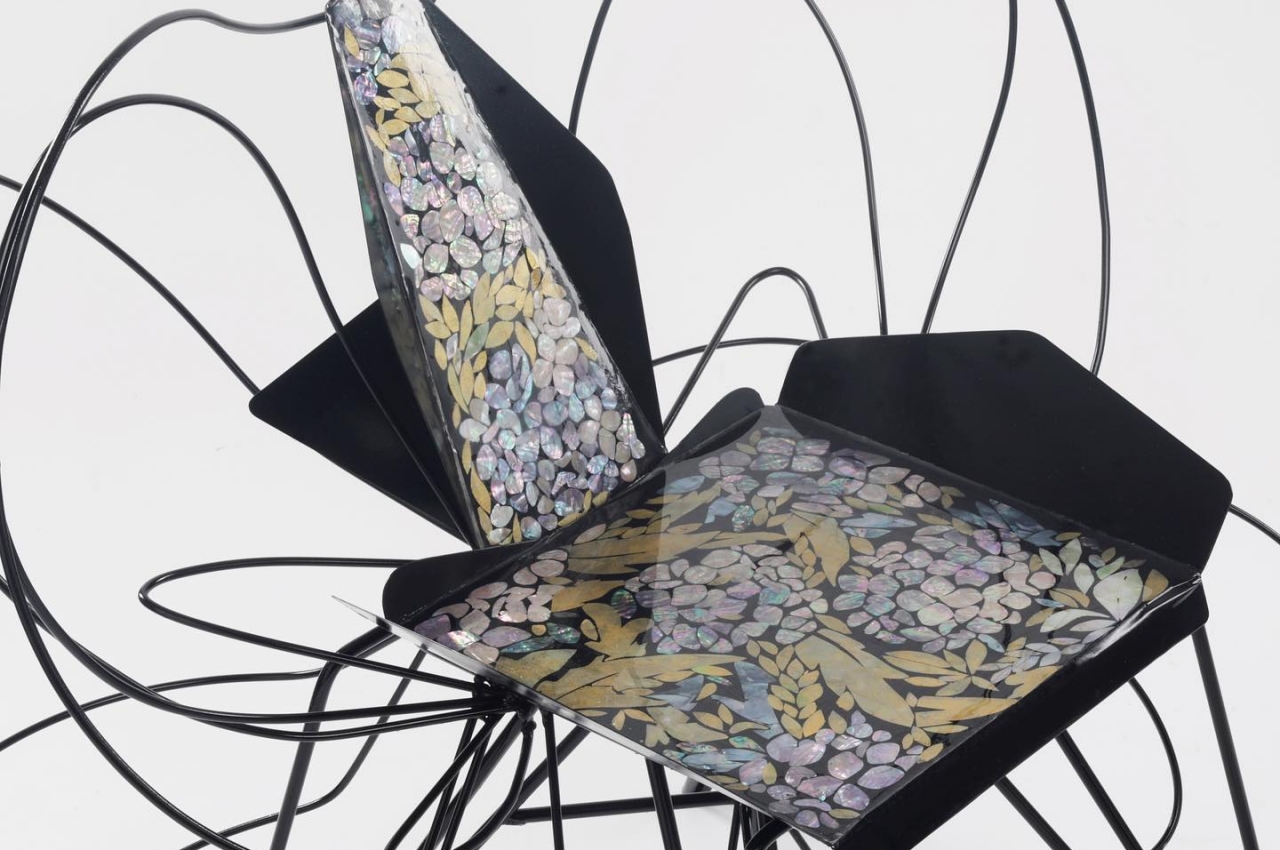 The most distinctive part of the chair, however, is not the chair itself but the metal wires that curve and loop around it. Seemingly chaotic at first, the designer intended to represent the silhouette of a gentle butterfly calmly sitting on a flower on that very same river. Of course, it might not be hard to see that given this artistic expression, but such is the case with designs that don’t have to conform to realistic forms. 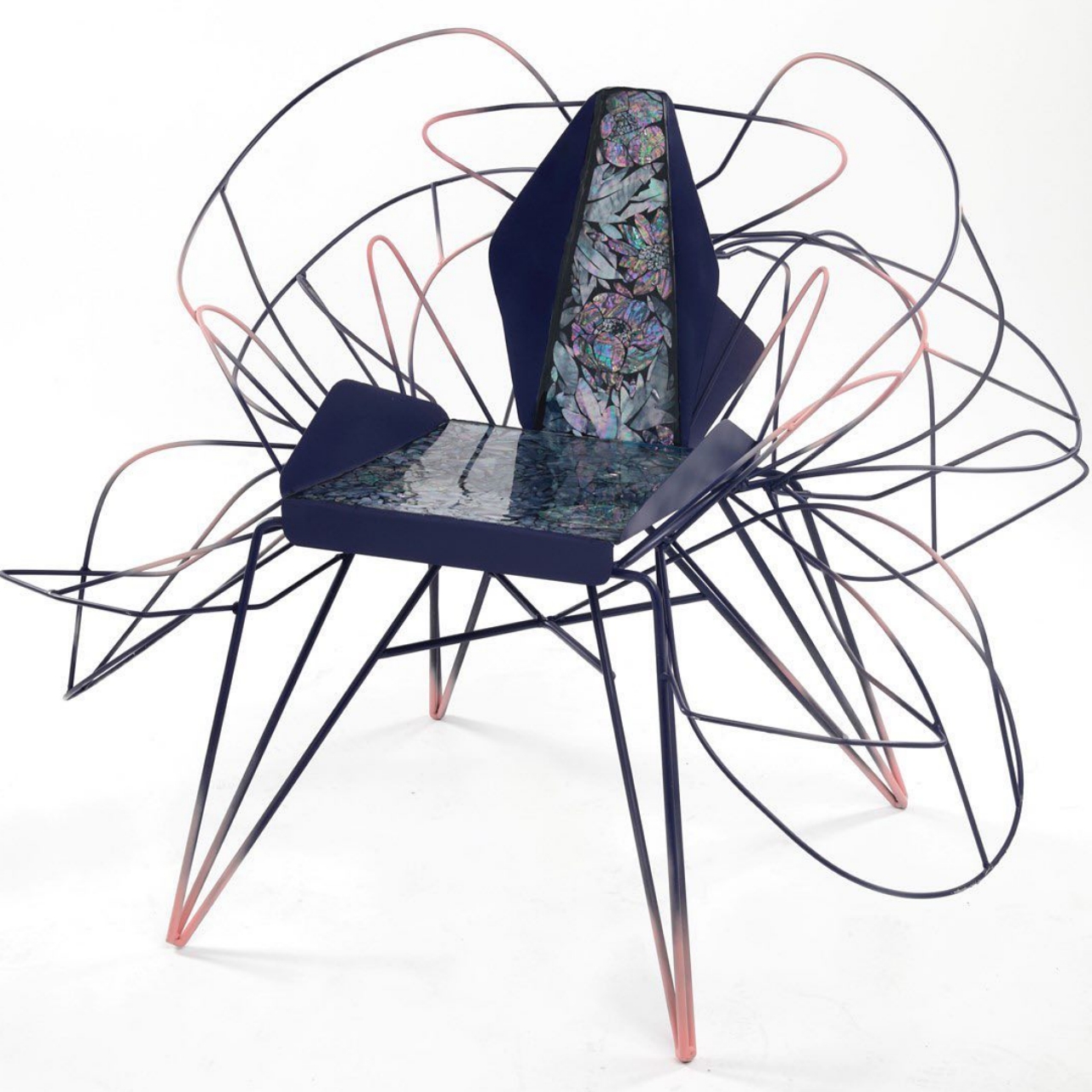 Admittedly, the chair won’t be the most comfortable thing to sit on, but it isn’t meant to be a functional piece of minimalist furniture in the first place. It is, instead, meant to evoke emotions and thoughts, particularly in how products are designed these days. Mass production has forced many products to put functionality on a pedestal, something that is easier to come by with minimalist designs. While not exactly a bad thing, it has also caused a sharp decline in the appreciation and use of traditional crafts and designs, and the Kkoch-Galam chair is designed to go against that flow. 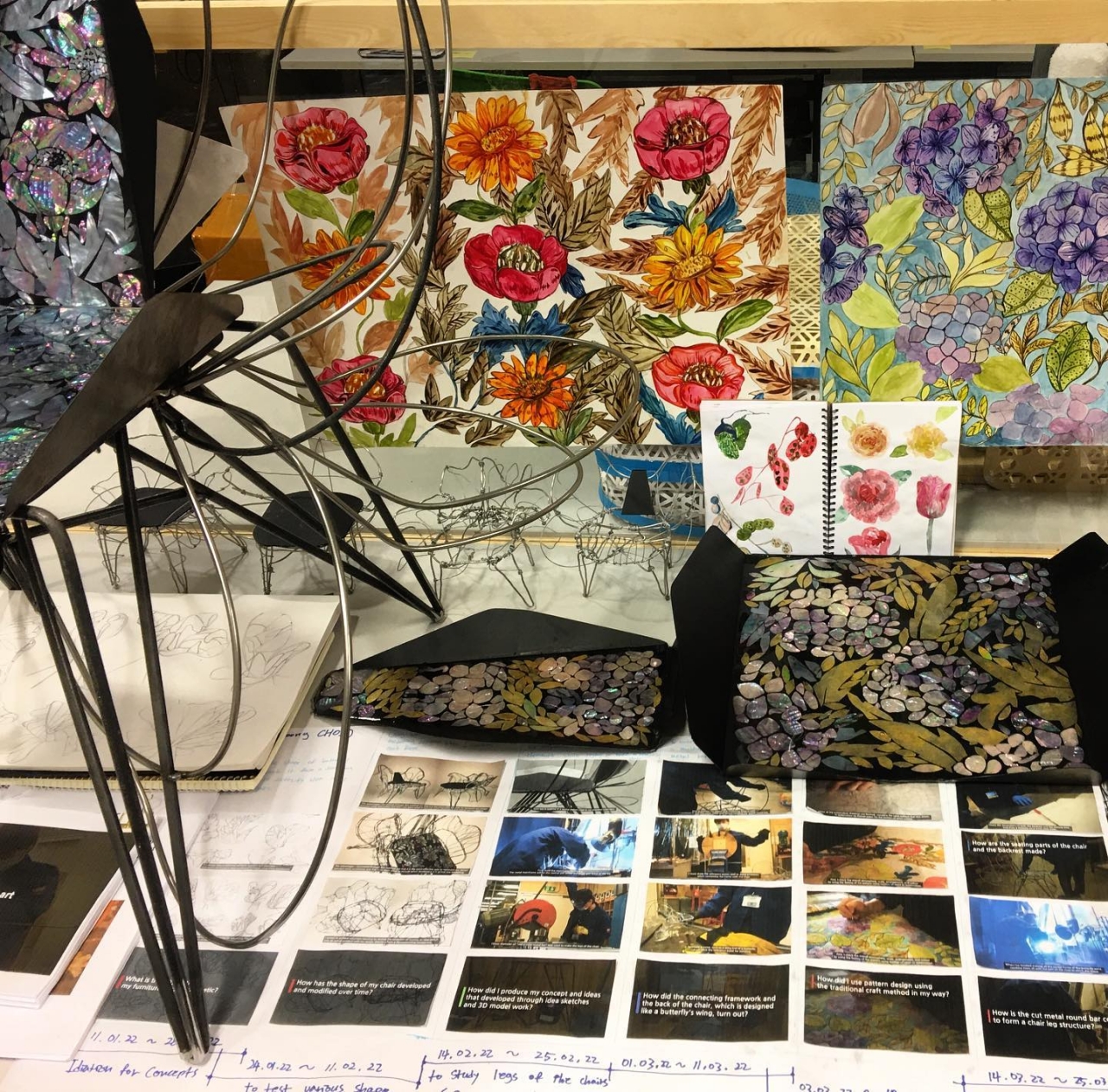 From using traditional Korean materials like lacquer and shell inlays to the elaborate details that espouse maximalism, this eccentric yet captivating chair tries to stop people in their tracks to stop and think. There is more than one way to design products, including chairs, and there is definitely room for both traditional crafts in contemporary design. And it’s that combination of old and new, chaotic and gentle, that this chair effectively represents. 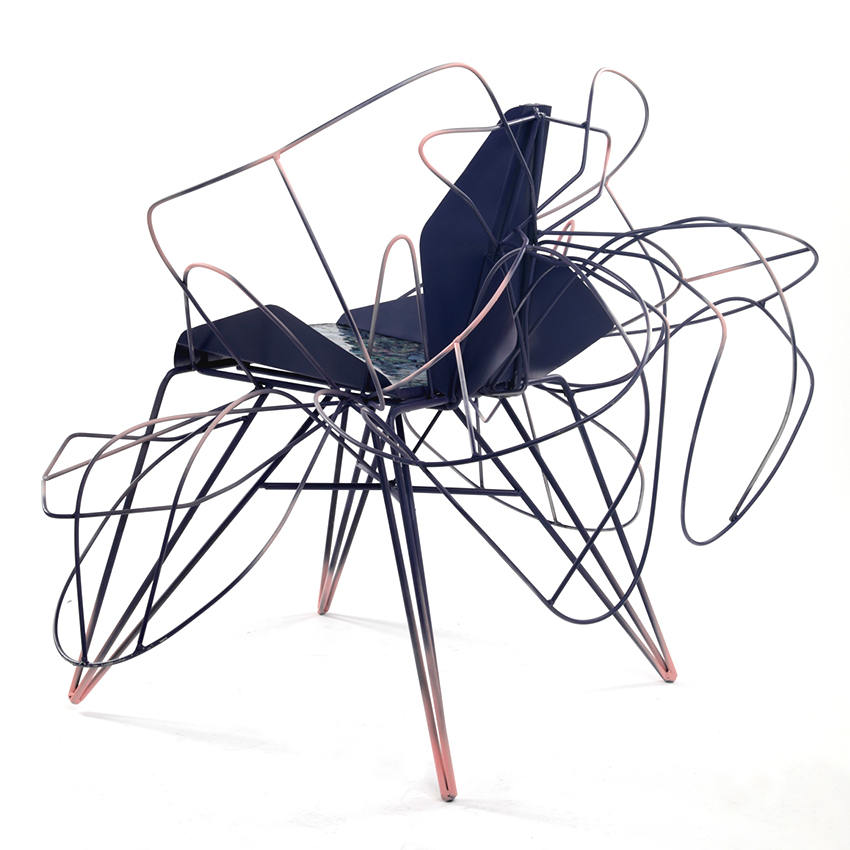 Nikola Tesla, Leonardo da Vinci, Salvador Dali, Thomas Edison, Napoleon Bonaparte, and Buckminster Fuller. Do you know what all these geniuses had in common? They…

Eat with your glasses

Remember Project A? In what is surely one of Jackie Chan’s best performances there’s a scene where he can’t find any chopsticks to eat his…

For a car that was built to be a room/cabin on wheels, safety takes on a completely different avatar. You can’t opt for the traditional…