When the airplane is going to EXPLODE?! Or, of course, also, if the airplane is taking off or landing? Usually, strange and uncomfortable situations ensue. Would you, instead, like to be a kangaroo on an airplane? I would. Kangaroos are safe. Kangaroos have safe ways. Designer Karsten Willmann has channeled the safe ways of the kangaroo into this airplane safety device for babies.

NOTE: Karsten WIllman never once mentioned a kangaroo in the describing of this design. It was all me. Give me all the kangaroo credit, all ye lovers of kangaroo ways.

Karsten notes that the device, called “Skylino,” is based on three-point belts used in modern planes. Physical contact is important, Williams continues, as the child is calmed by the parent, and the other passengers don’t flip out because of the screaming of the children.

Finally, the hard-backed child-pod can be detached or attached, leaving the adult’s hands free to carry luggage or punch other passengers out of the way as the plane is evacuated after it’s landed on Isla Nublar. 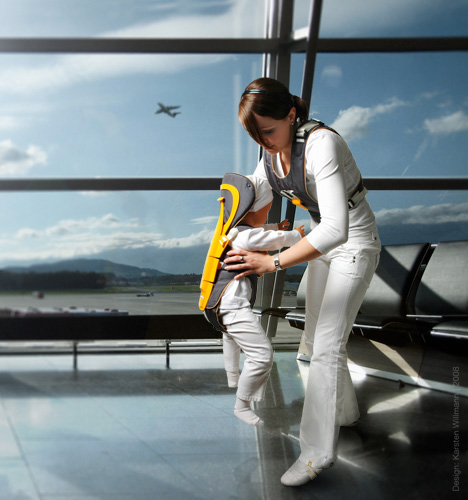 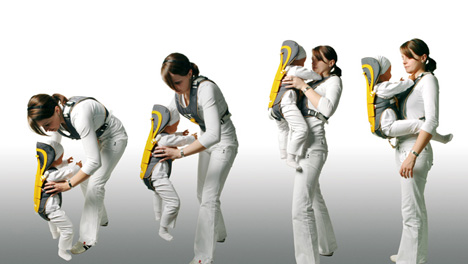 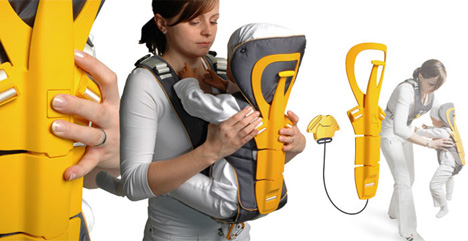 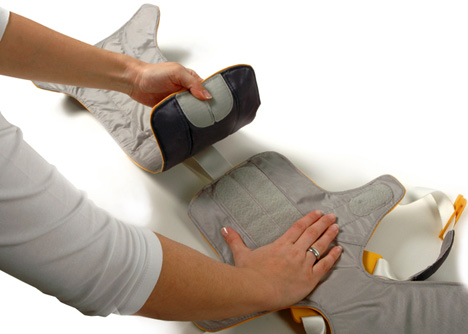 While ‘mouth-breather’ has now found itself as a harmless, childish insult in cult-Netflix-series Stranger Things, breathing through one’s mouth is considered easier, but less healthy……

https://www.kickstarter.com/projects/toddweimer/vssl-java-brew-epic-coffee-anywhere There are a few things that are more underwhelming than an insipid cup of coffee. Imagine being in the outdoors, watching the sunrise on…