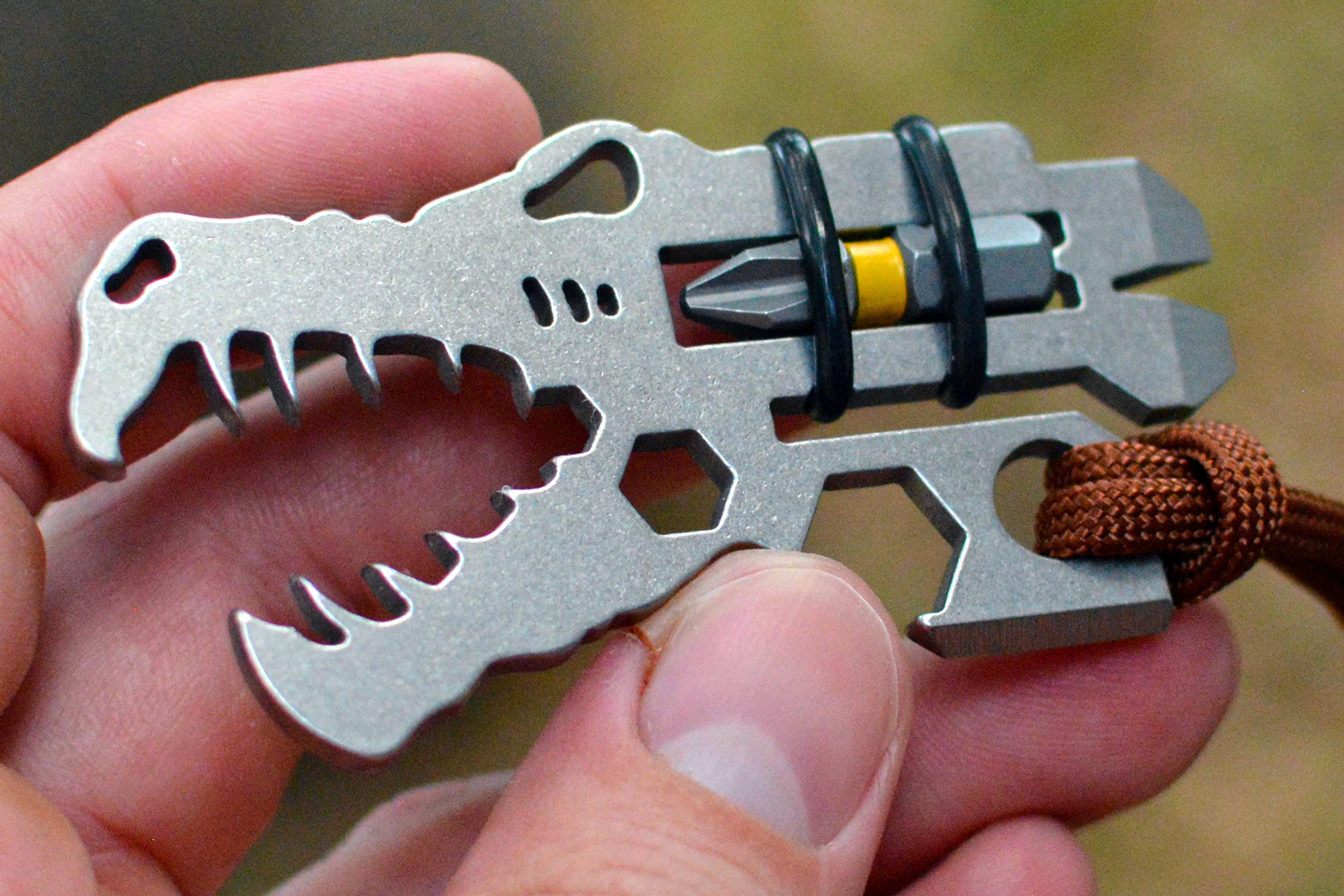 Crafted from solid titanium, the Jurassic Croc is a multitool that absolutely deserves the title of ‘total badass’. This reptile-inspired EDC comes with 8 tools that let you conquer both the indoors and the outdoors, while impressing everyone around.

Designed to look rather creatively like a crocodile skull (or something from the Mesozoic Era), the Jurassic Croc is a slim, slick, pocketable device that you can carry around with you everywhere you go. Created by Etsy-maker ViceAnvilTactical, the croc comes in an option of either stainless steel or titanium, and packs a Phillips head screw-bit, two hex bits, a flathead screwdriver, a prybar, tape-cutter, two O-rings, and my favorite part, a bottle opener integrated into the croc’s toothy jaw. 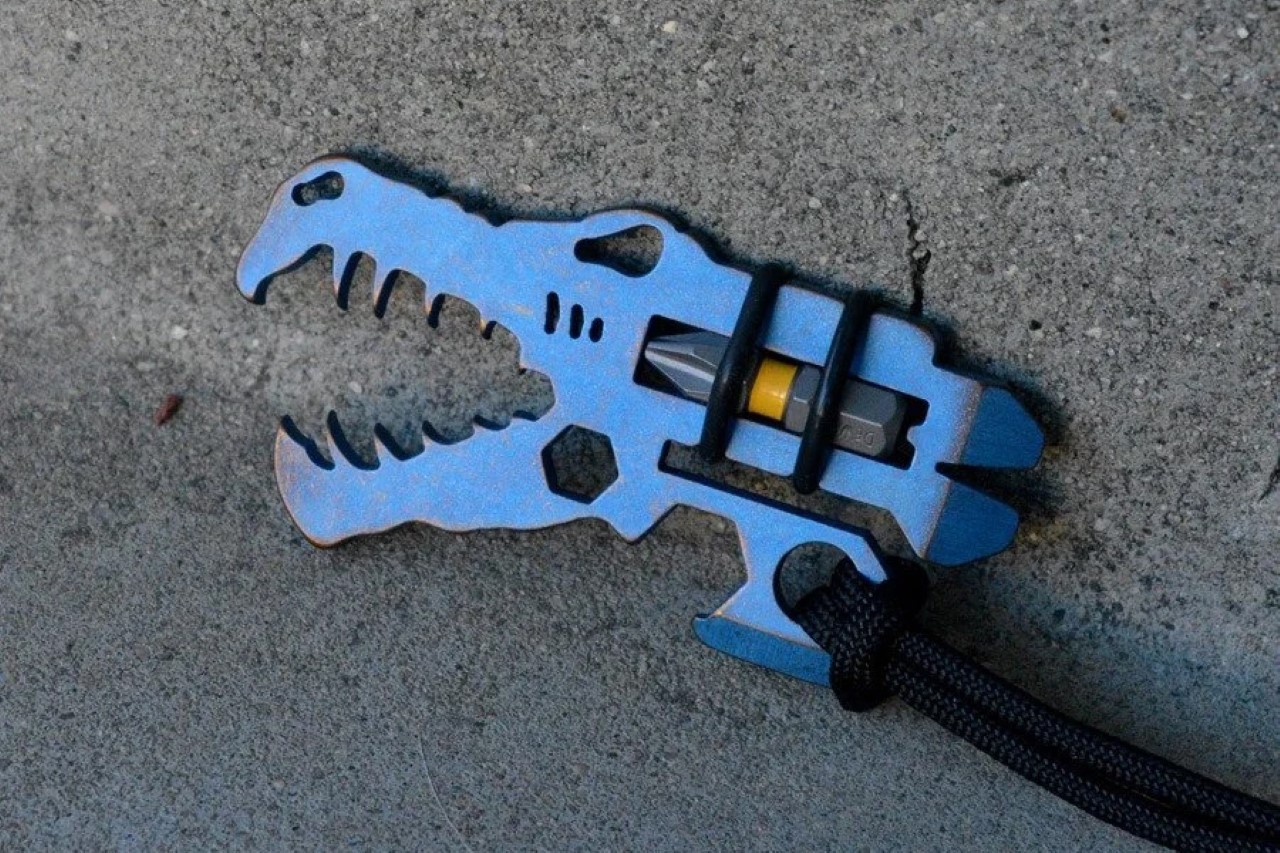 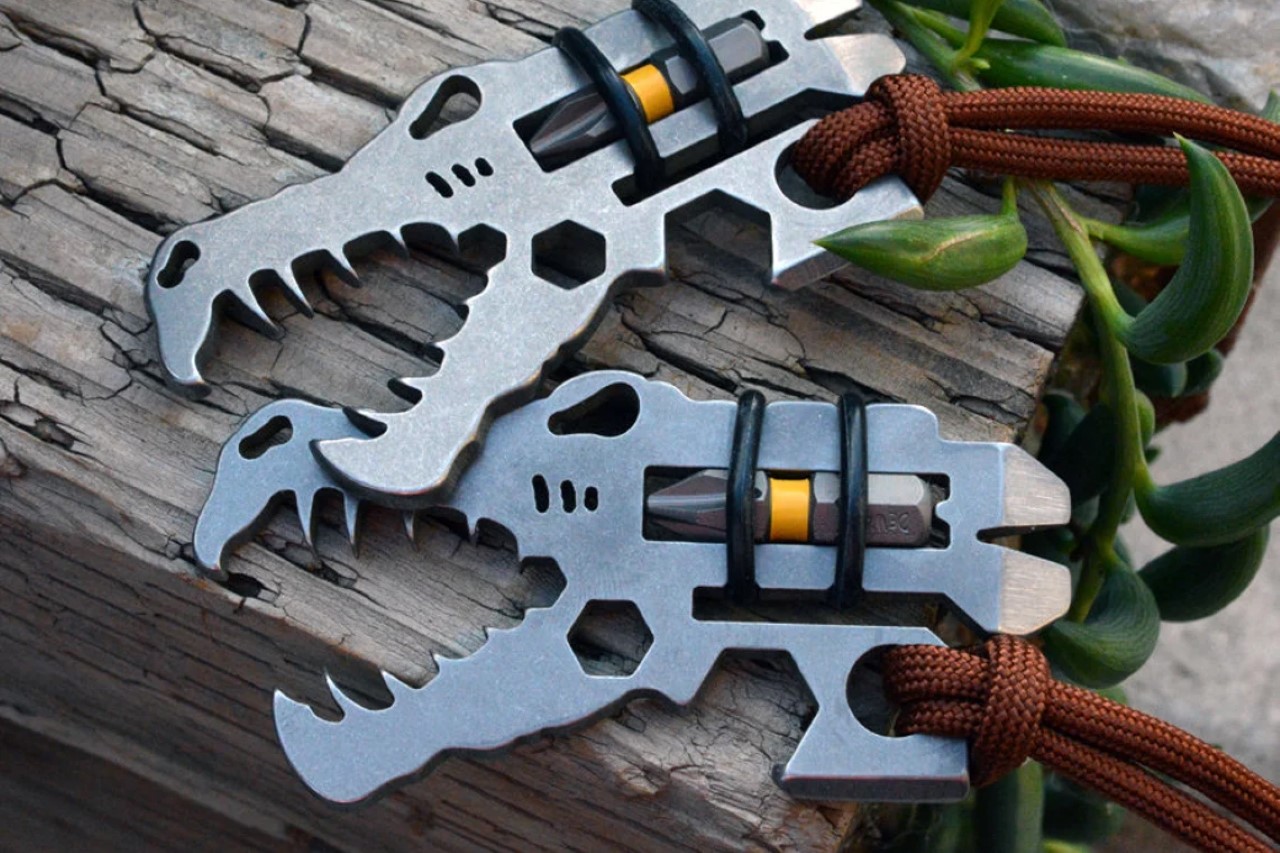 Each Jurassic Croc is small enough to fit in your palm, weighing a mere couple of grams and measuring 3.2 inches x 1.5 inches in size. The croc comes outfitted with a DeWalt America #2 Phillips head bit located in its ‘cheek’, held in place by 2 O rings that can be removed and used too. You can slide the croc right into your pants, or secure it around your bag or belt using the lanyard provided. Each croc is rated TSA-safe, and is designed to last a lifetime… like those fossils from millions of years ago! 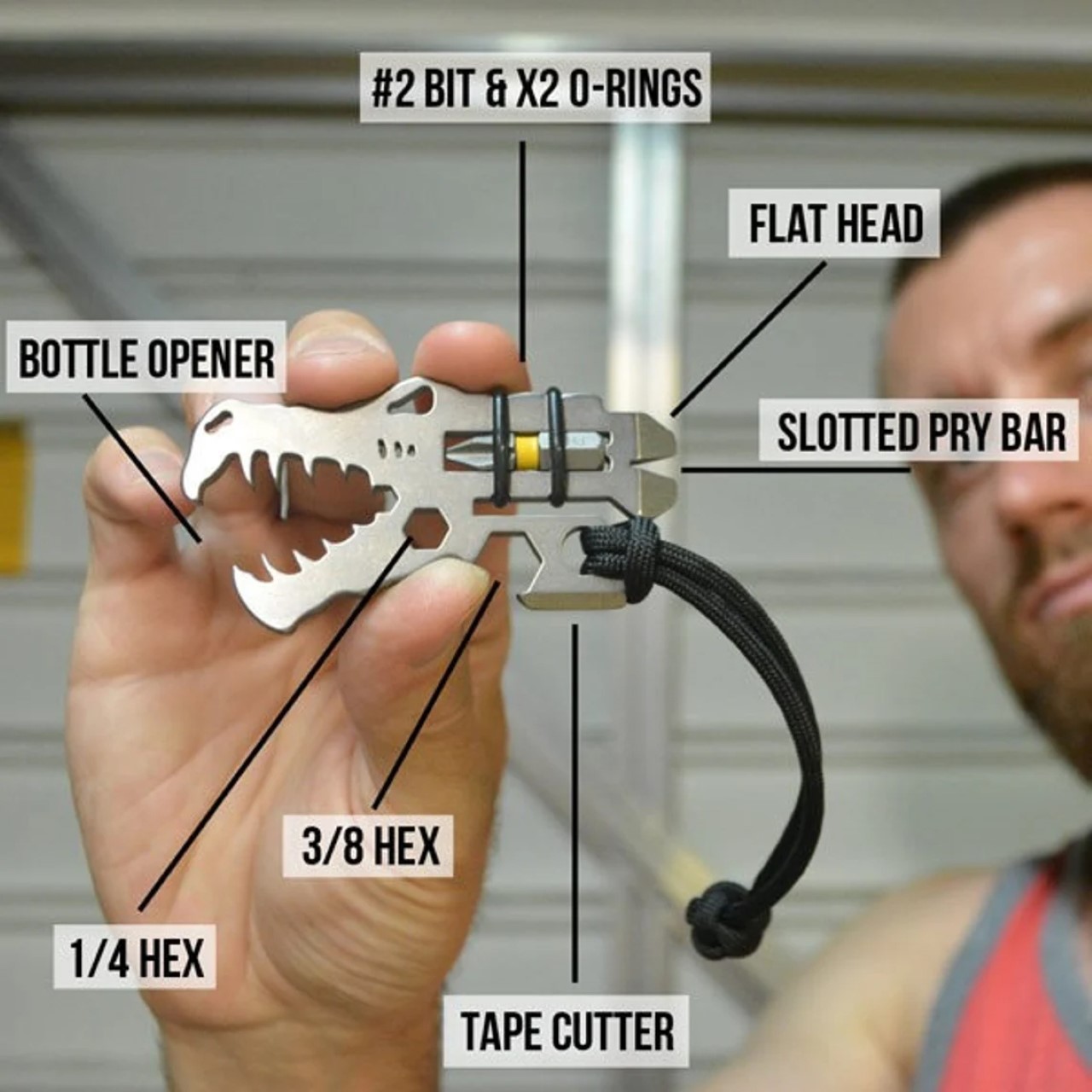 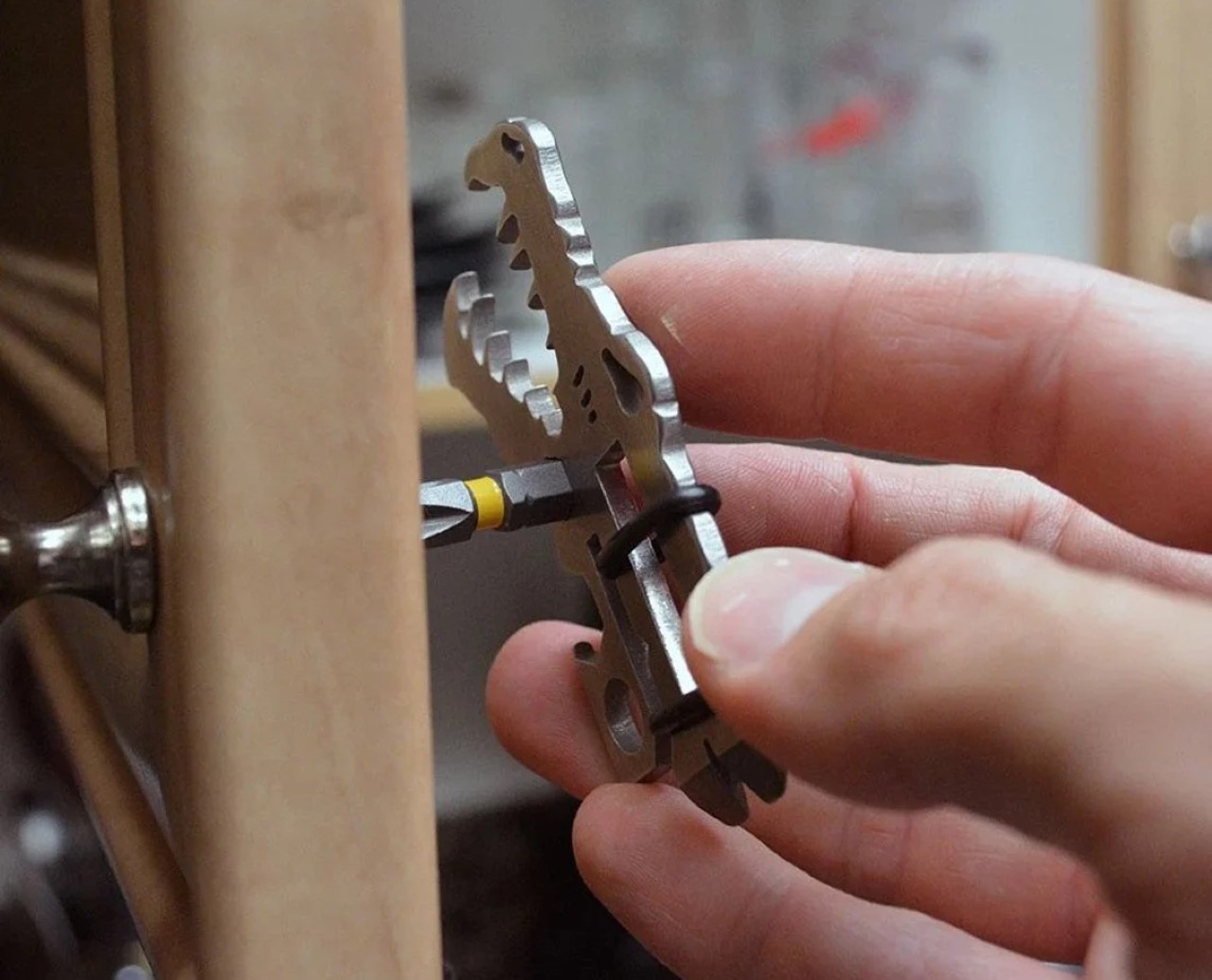 The Jurassic Croc EDC is a clever little tool that plays on the shape of a croc-head to integrate various instruments into one single design. It’s a creative take on the common (and sometimes boring-looking) multitool, although it isn’t the first of its kind. If you’re on the market for oddly creative EDC, may we also interest you in this Sasquatch-shaped multitool, or perhaps this rather holiday-themed Snowflake multitool! 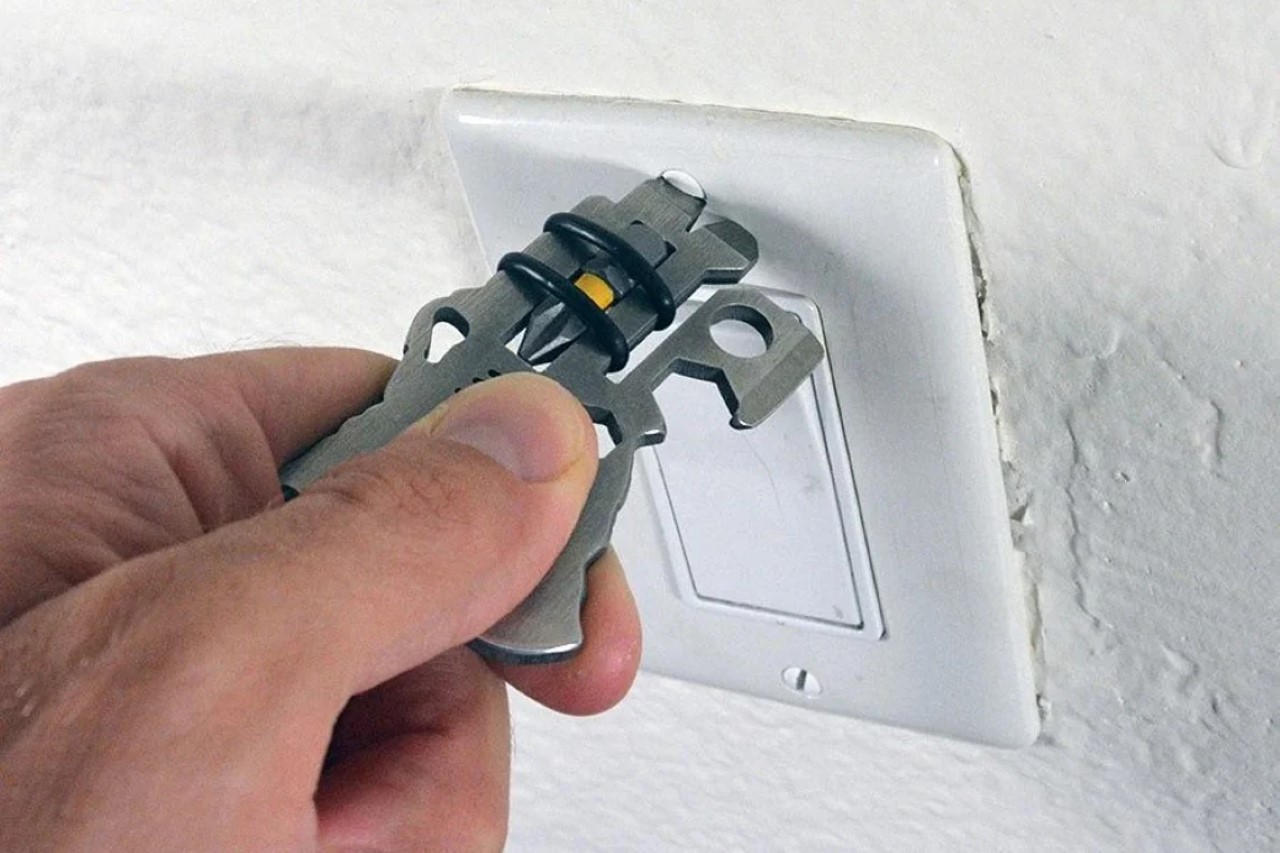 Surges in design innovation happen with new developments in technology and science – transforming tired and traditional, albeit reliable, designs into timely, artful, and well-defined…

Fashion Watch has genuine design for those who value originality, and for whom clearly expressed style is an important part of life. The watch is…