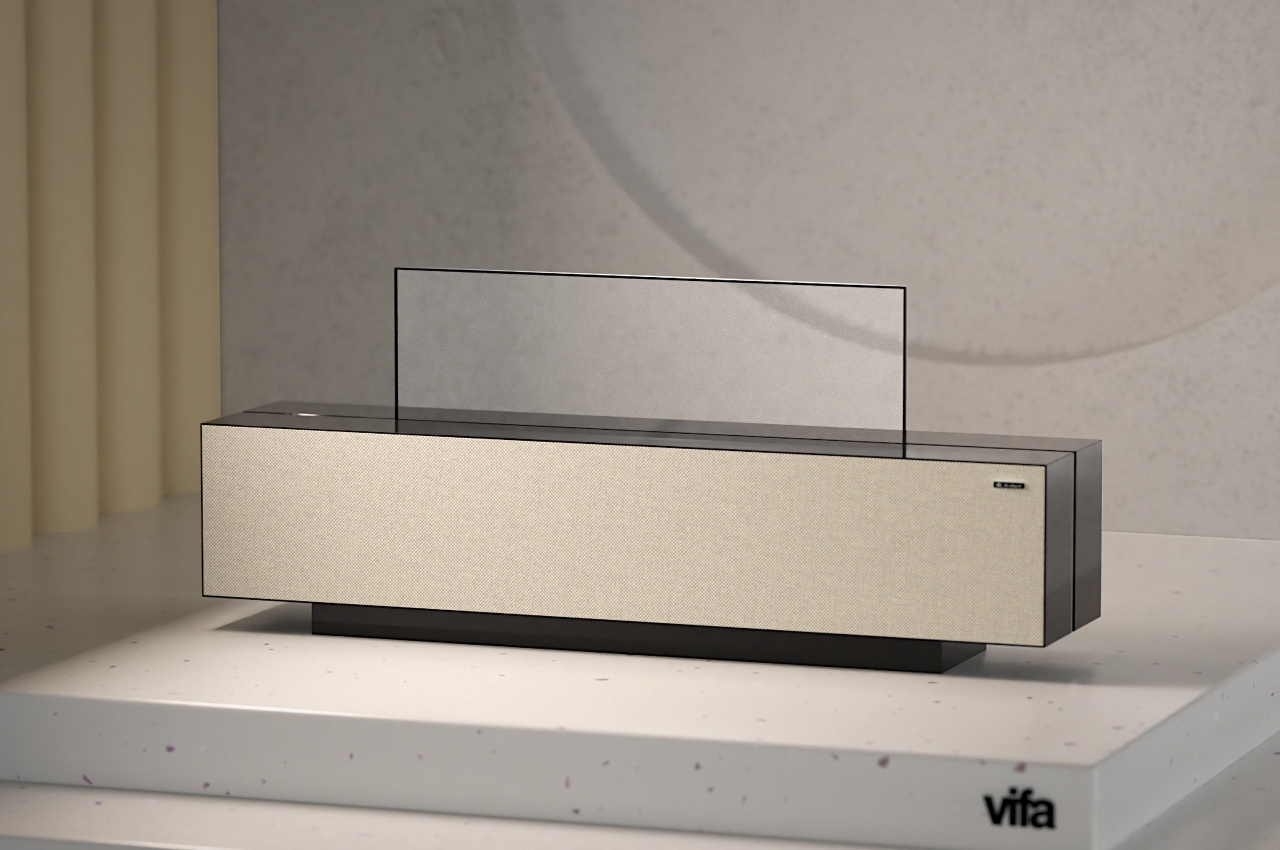 Rollable TVs are coming. It’s really only a matter of time before they become the next big thing after curved TVs and super slim panels. The idea for them might be to simply save space or remove distractions when the TV is not in use. That also leaves wasted opportunity, however, especially for the base that takes up space on a shelf or edge of a wall. In anticipation of this next weave of TVs, there have been some ideas on how to better take advantage of this new technology in the home of the future. One such idea pushes the TV from the edges to the center of the living room, creating something that visually divides the space but also serves as a focal point for people to gather around. 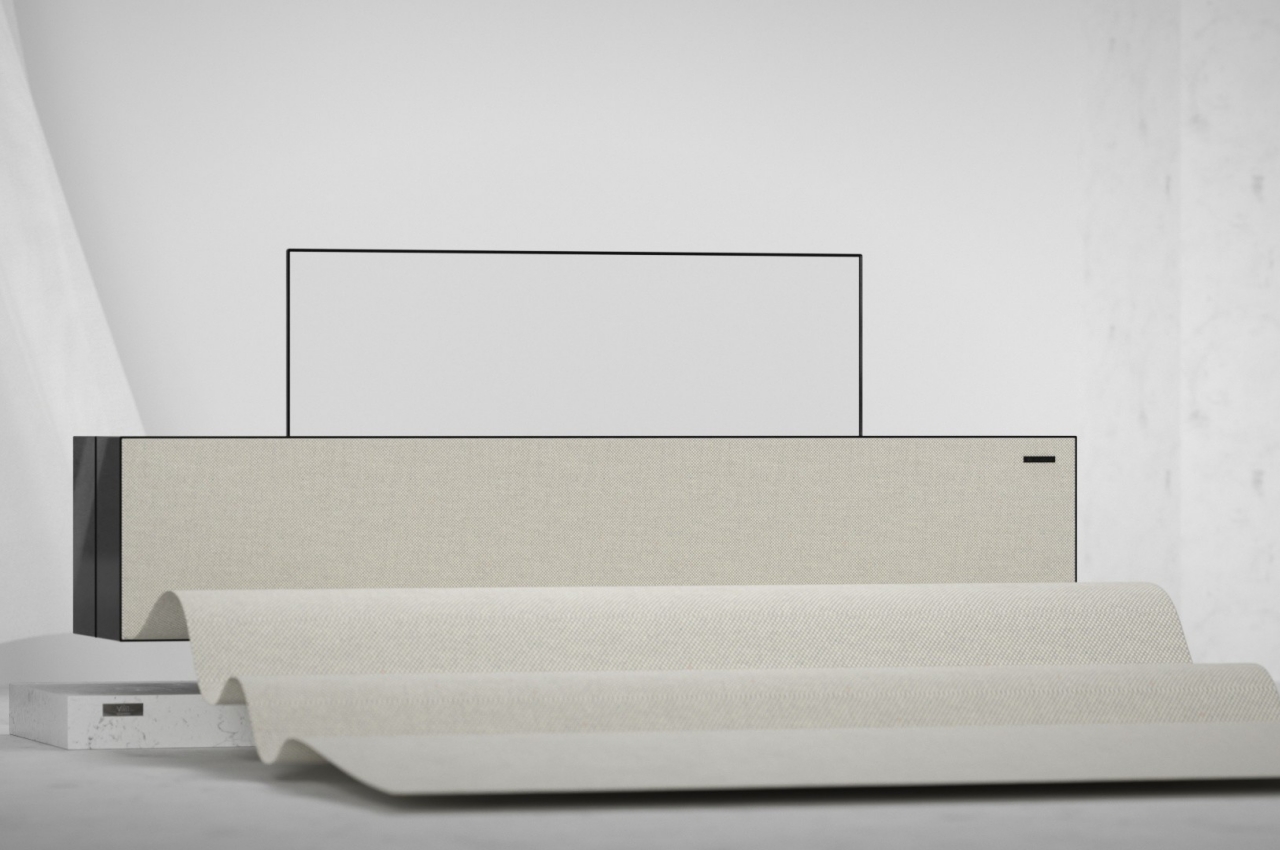 There are plenty of reasons for a rollable TV to exist, but few of them can really be considered practical or essential. It definitely gives someone plenty to brag about, but its novelty will eventually wear off. And just like a regular TV, its usefulness ends when you turn it off, or in this case, when it rolls back into its house. That house is still there, taking up space, and it is begging to be used in some other fashion. 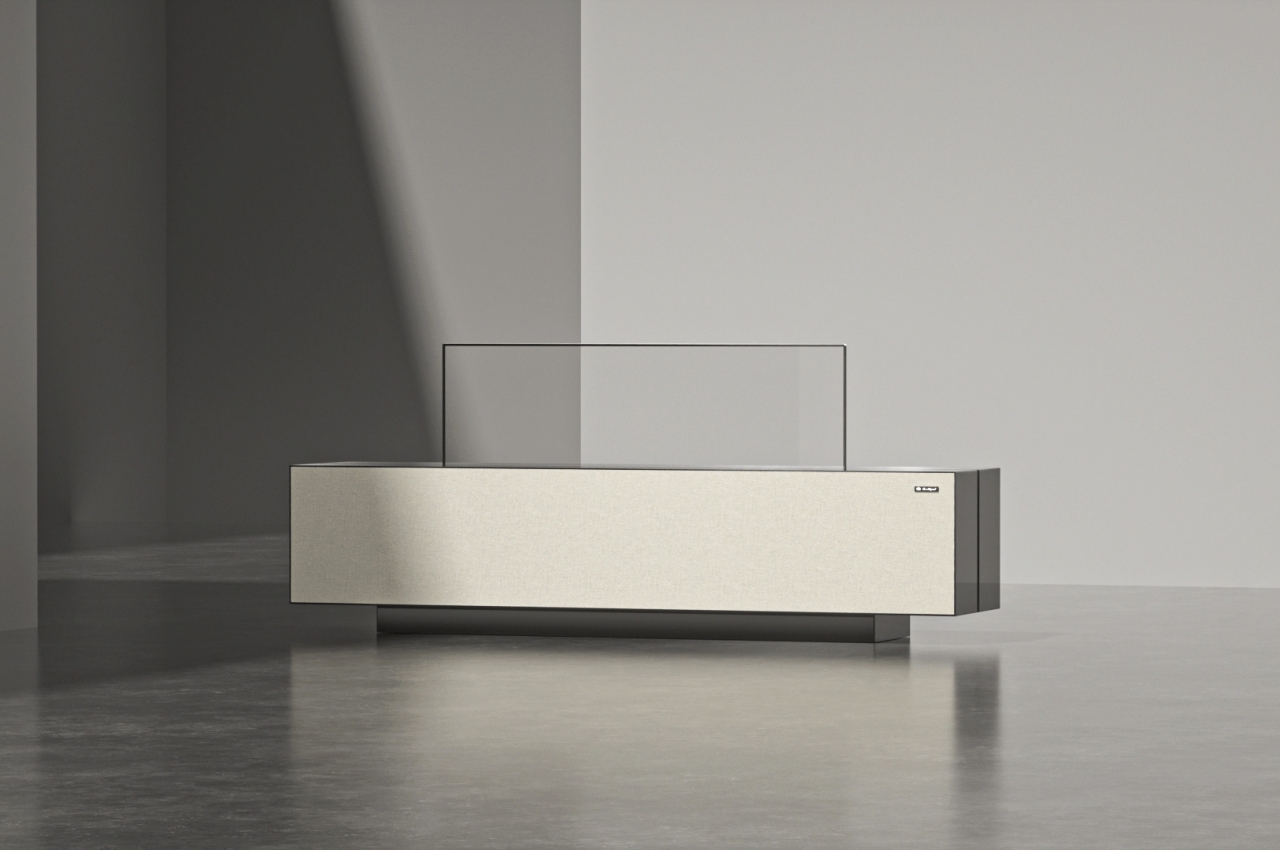 One potential use case is to have it act as a speaker since it will most likely be a soundbar already anyway. This Skyline concept for speaker manufacturer vifa, however, extends that even further by making the transparent screen peek just a little bit out of its box. This way, part of the screen can still be used to display something and, given today’s display technologies, use considerably less power than when the screen is enabled in its entirety. 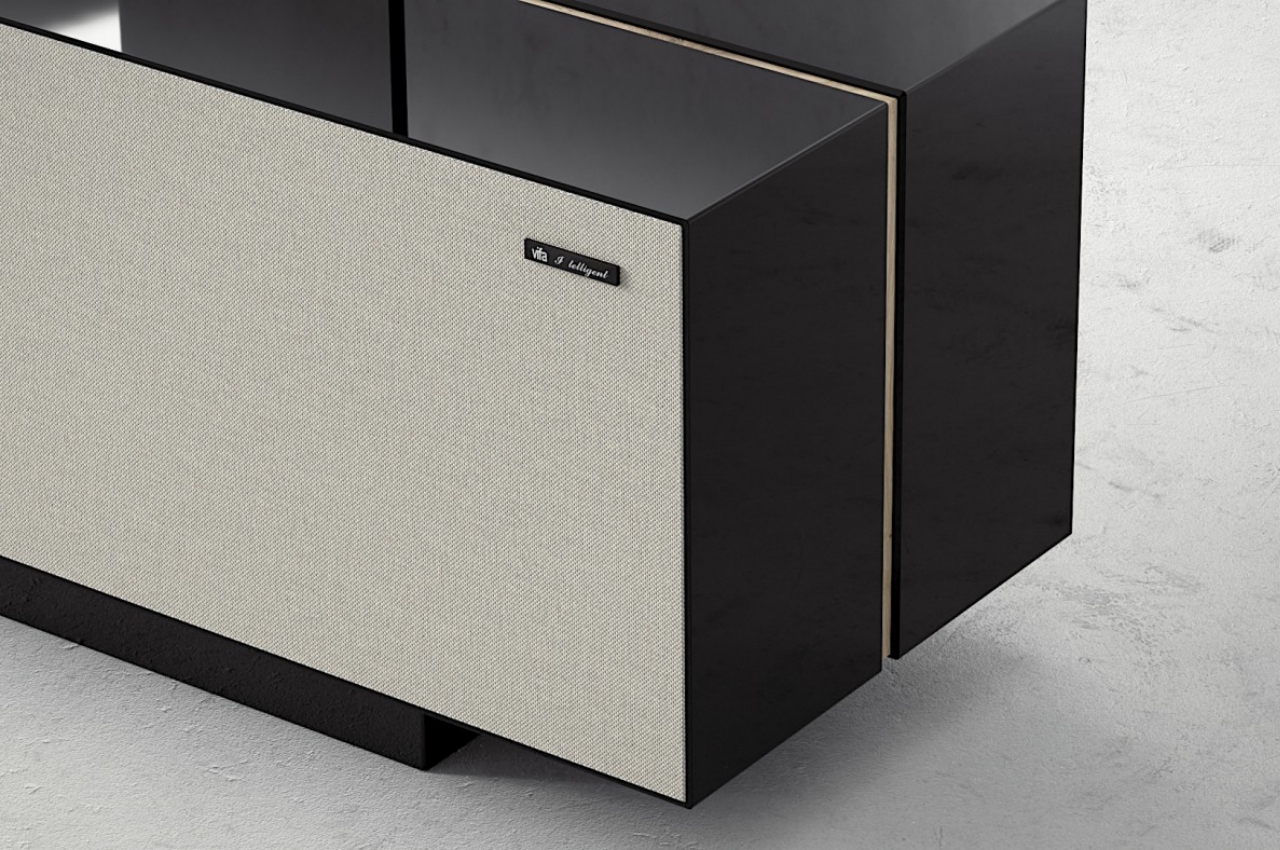 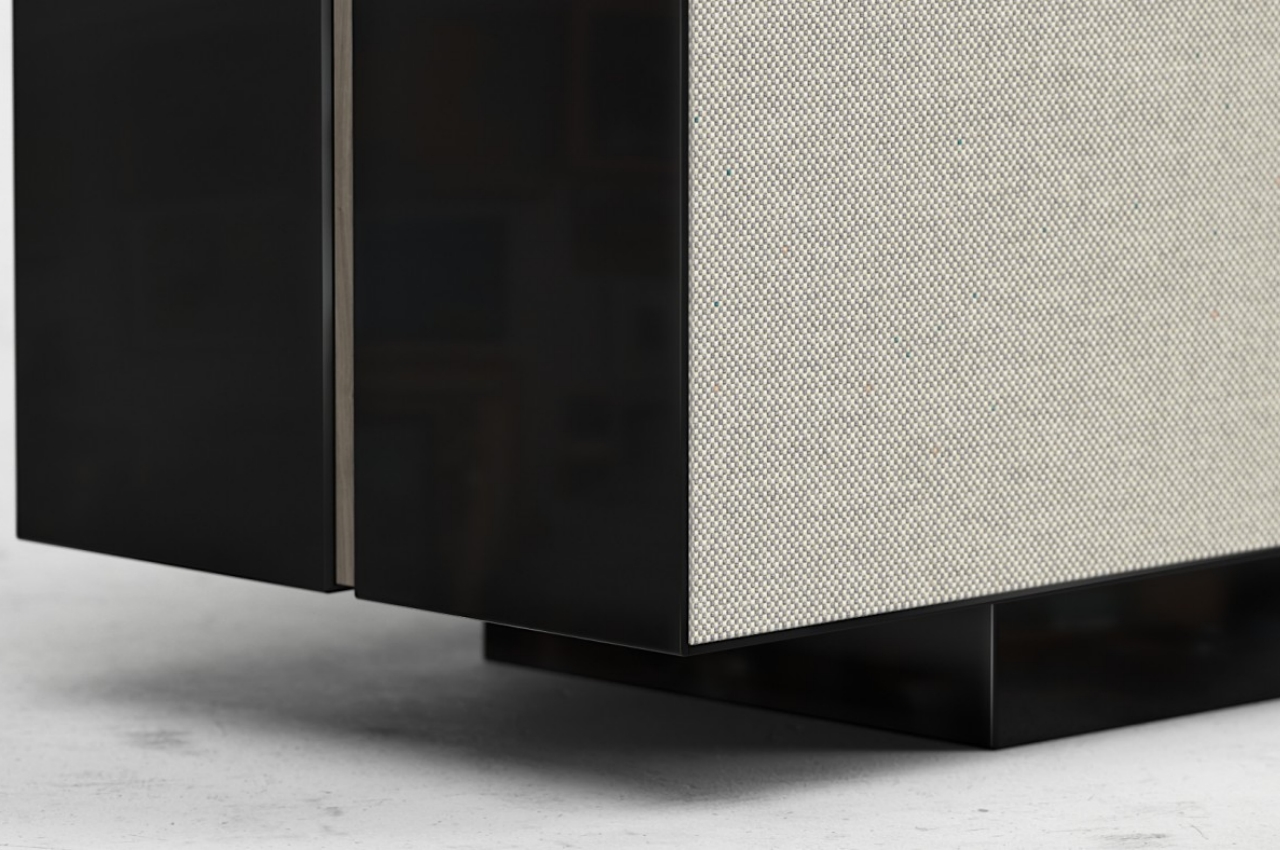 In this “descended” or “risen” mode, the screen can be used to show calming fire or maybe an aquarium. The transparent display, which is no longer science fiction today, makes an excellent medium to show this kind of fake content. You can also use it to display a night sky or flowers, though those would look less convincing in that position. And, of course, you can also show family photos, calendars, or today’s weather, turning it into a smart display for everyone to see. 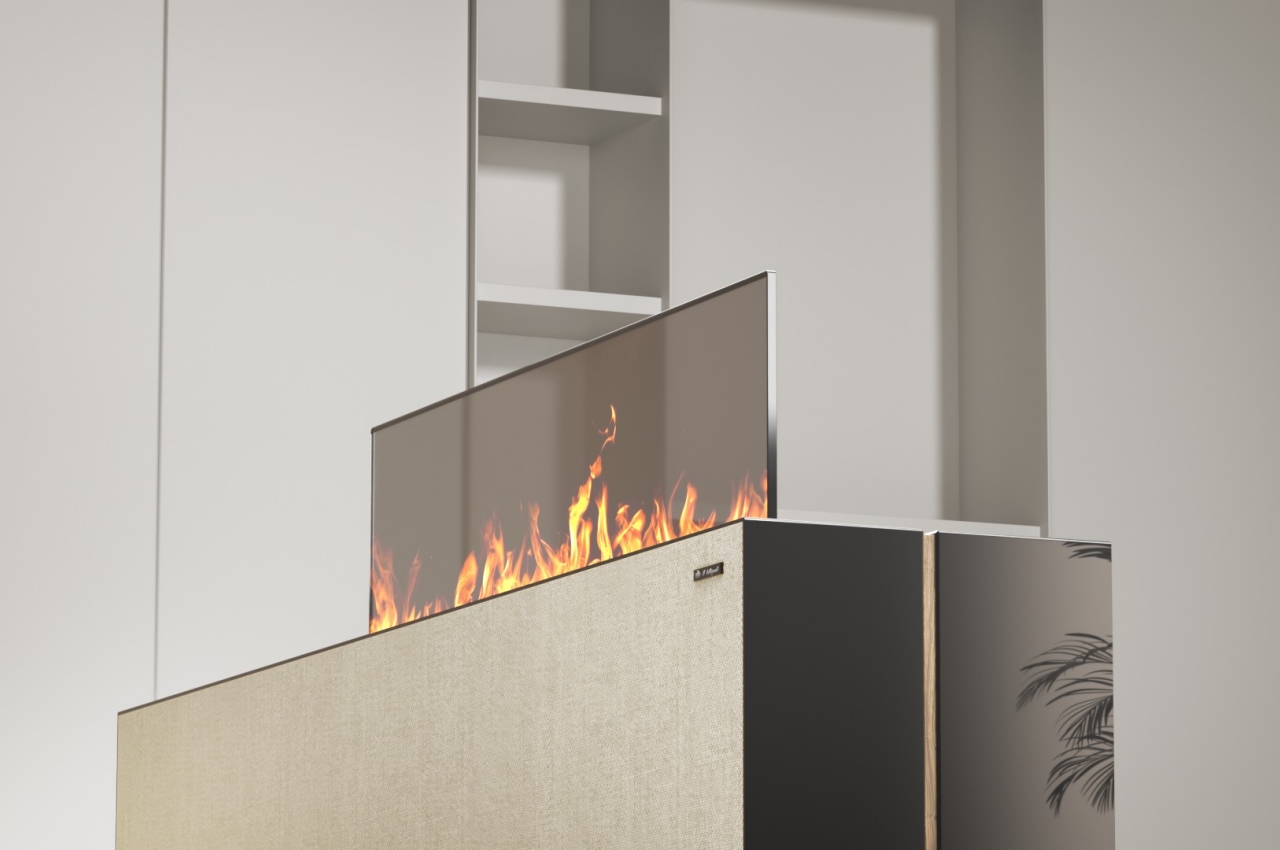 This kind of functionality actually makes the Skyline an excellent centerpiece in any spacious area of the house or, alternatively, a divider for those spaces. The concept includes a Hi-Fi speaker inside the large cabinet box, with fine fabric covers that make the piece stand out even if the screen is fully retracted. The only problem is that the display will be facing only in one direction, so it’s best not to show things that would have to be read in a particular direction also, like text. 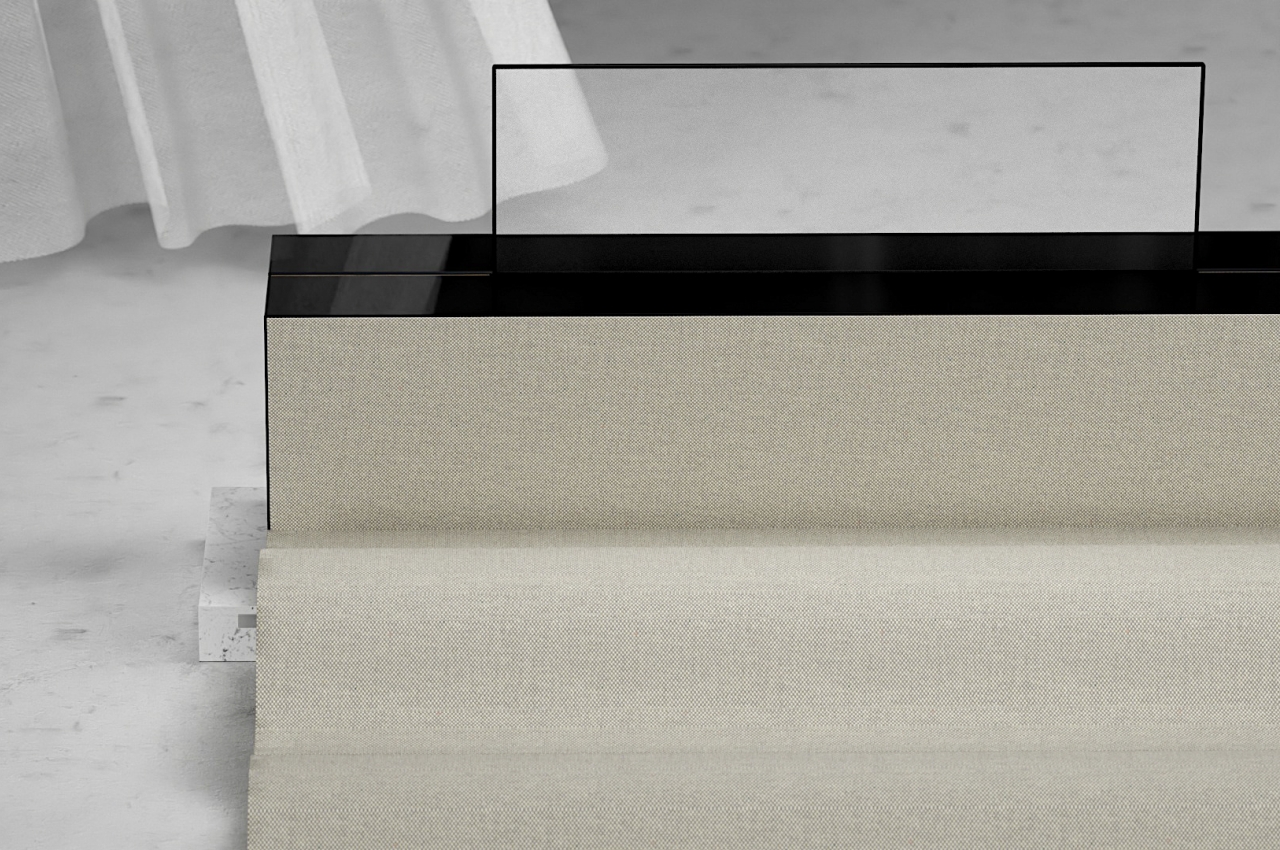 The Skyline transparent rollable TV concept rethinks the purpose of this upcoming breed of TVs and flips the idea on its head. Instead of a TV that rolls down into a smart display of sorts, it is a divider that can become a TV when needed. This transforms what would normally be a piece of equipment into a piece of furniture, one that can change the way people live and interact in that space. 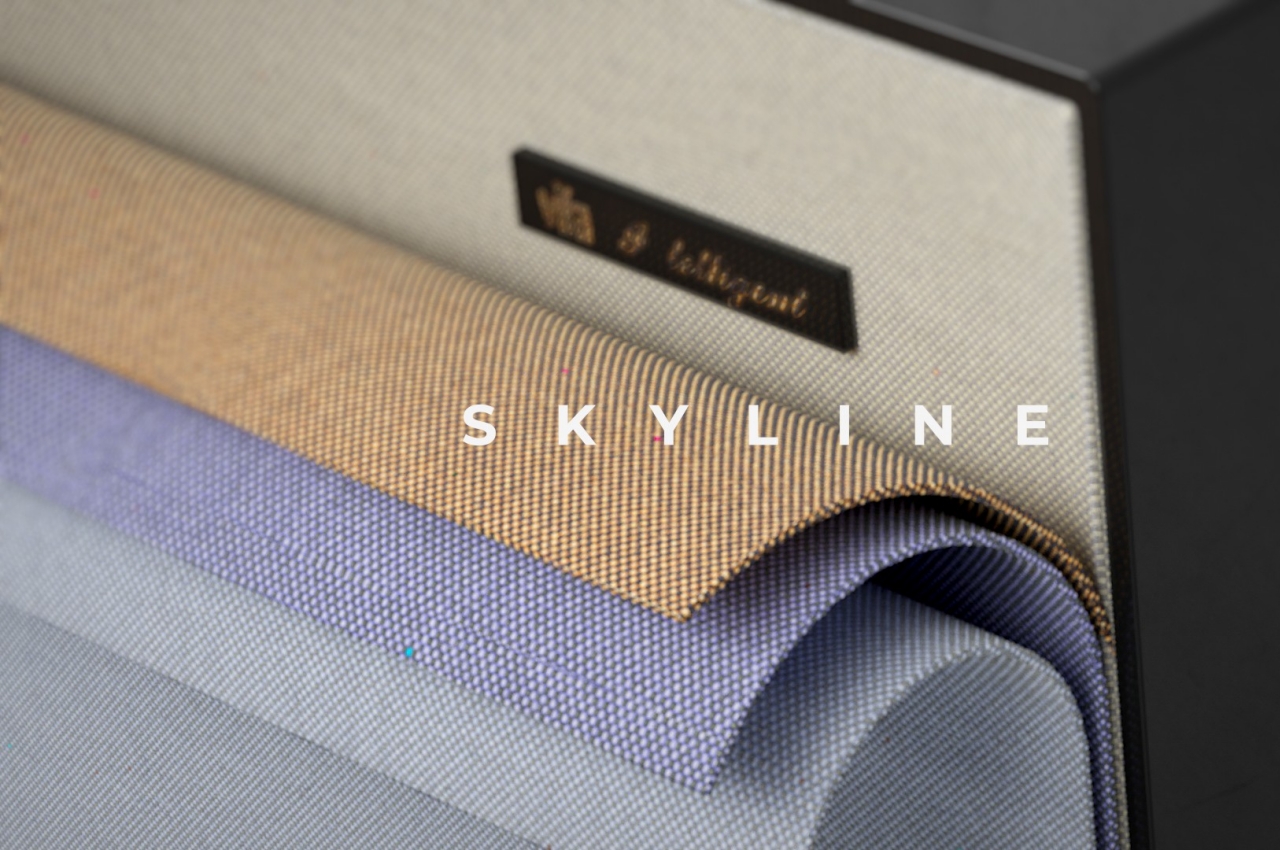 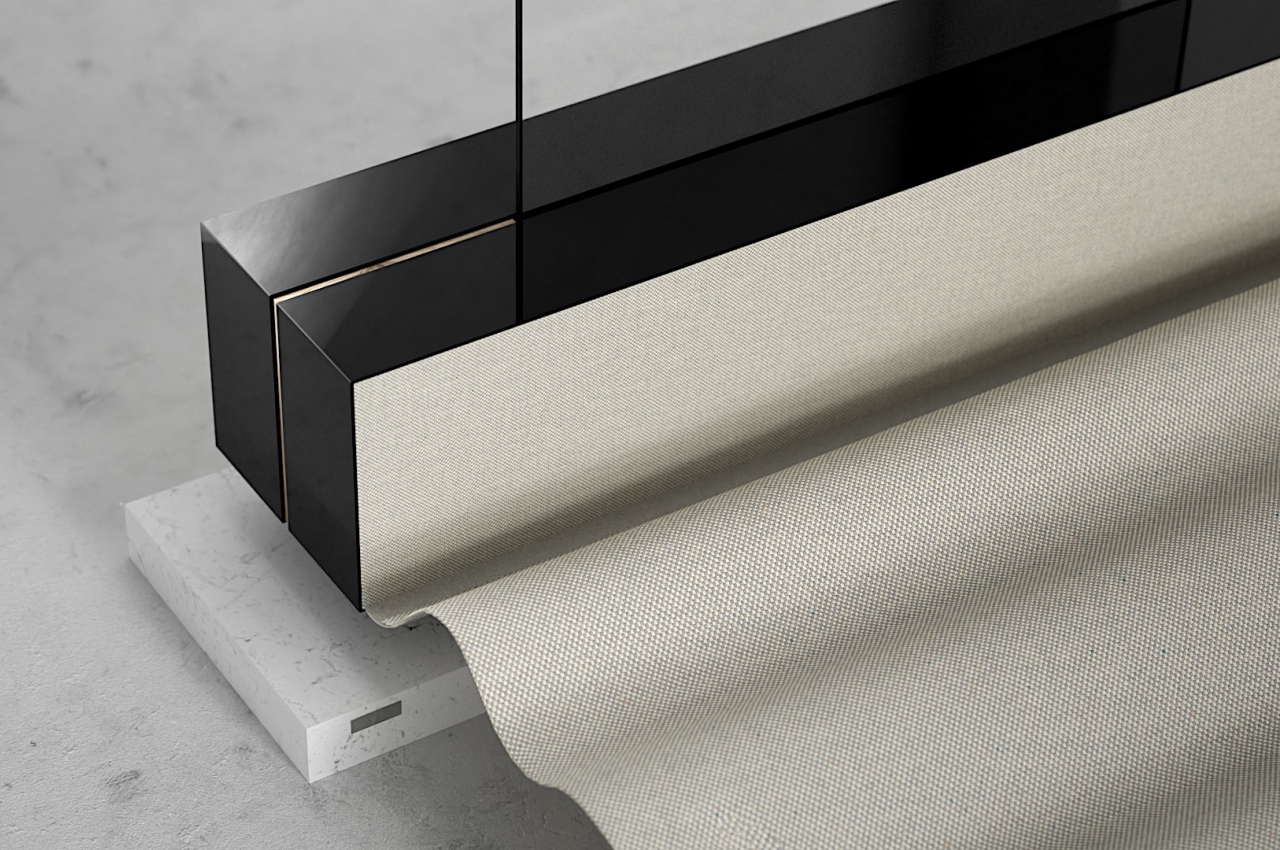 https://www.kickstarter.com/projects/kommainc/lov-air-purifier-a-new-way-to-style-your-space The difference between Löv and every other air purifier on the market is evident in the way it’s designed. The Löv does to air…

One good thing about growing up on a ranch is that I ended up with a bit of a green thumb, but even though I’m…