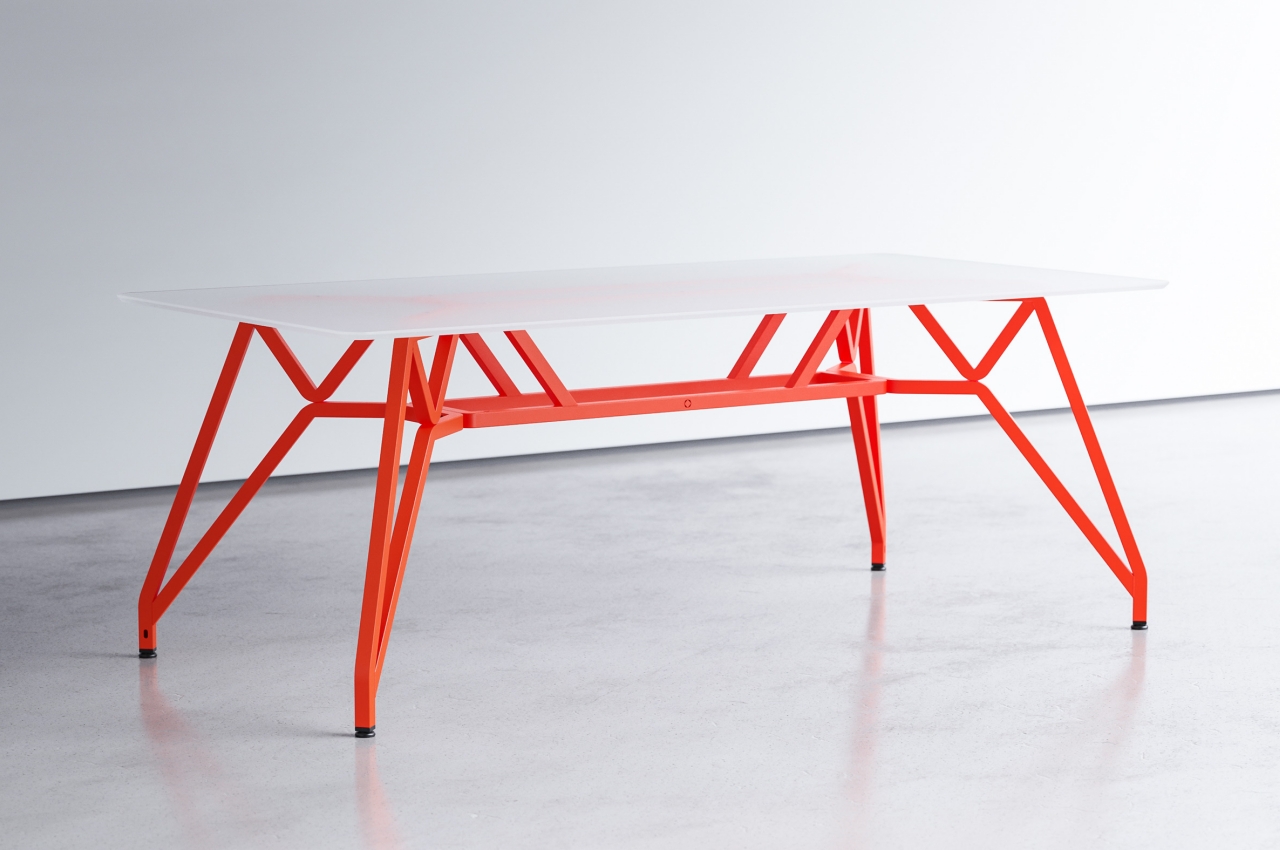 When your table looks like a steel bridge or a lunar lander, you definitely expect it to be as tough and as stable as one.

Tables and desks are some of the most rigid and most reliable pieces of furniture we have in our homes, or at least they’re supposed to be. There are times when manufacturing defects make them a little unstable, but some designs simply fail the “coffee and bread” test. These tables tend to jiggle and slide when you are trying to cut up food, causing coffee or other drinks to sway, slosh, or even spill. Taking on such a common problem that shouldn’t exist in the first place, the Landr dining and conference table tries to correct the design mistakes of common tables, promising enough stability that you can even place a lander on top of it to screw a light bulb. 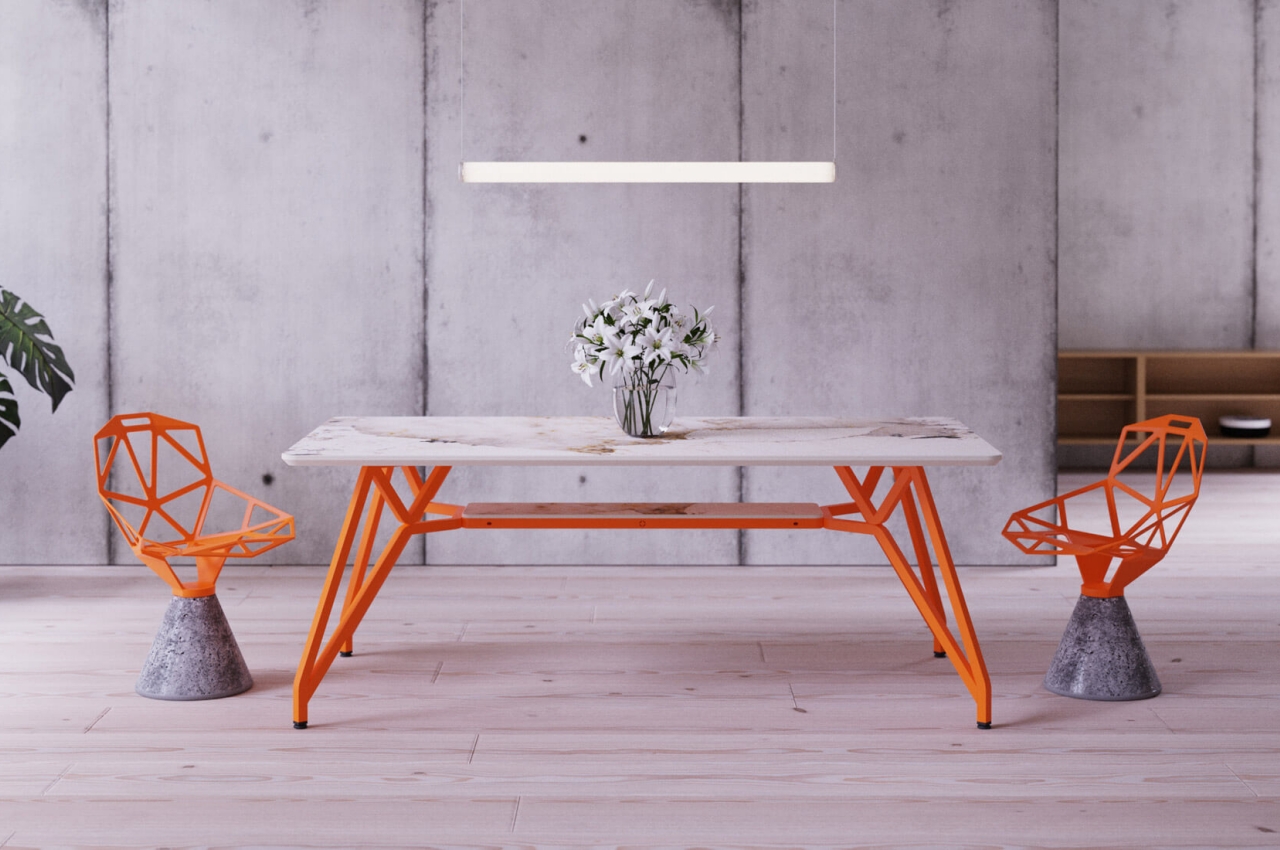 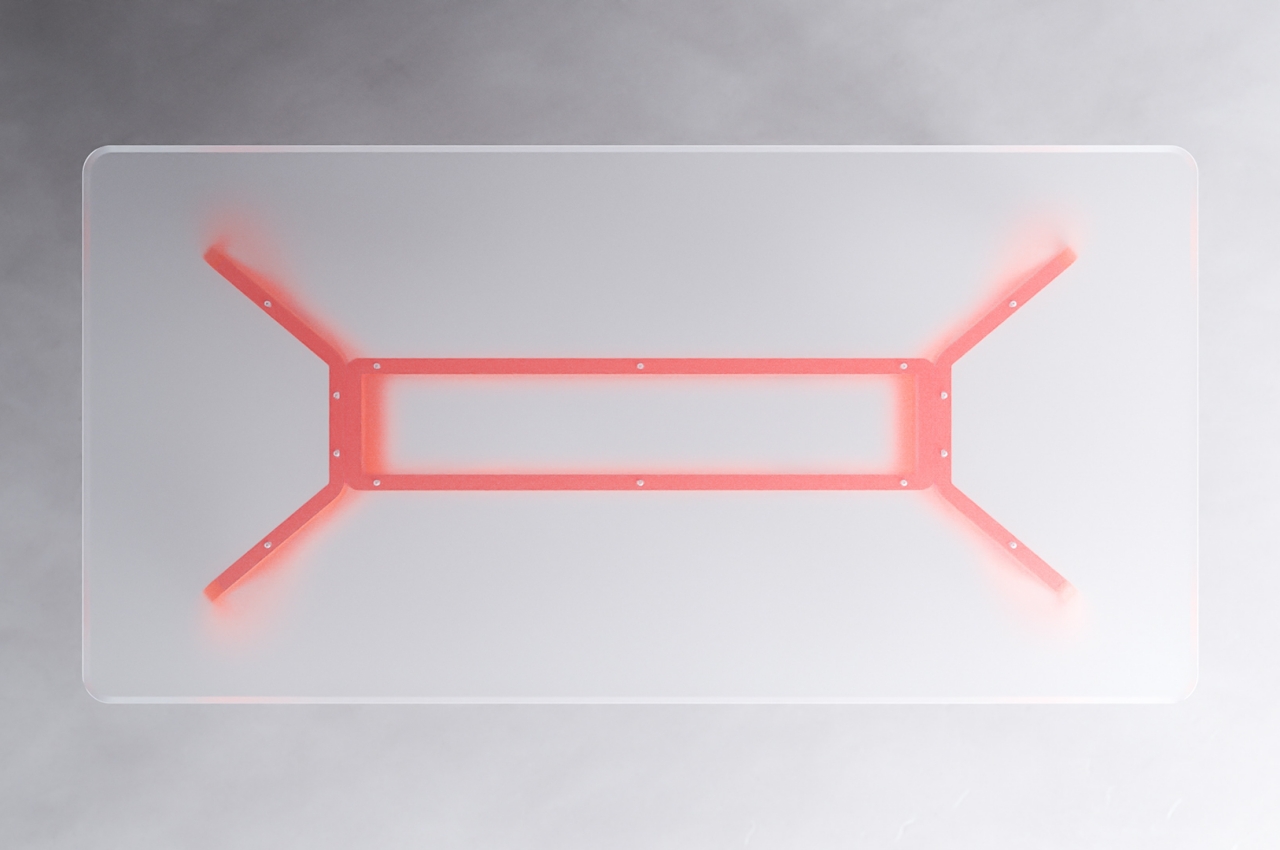 Of course, we’d rather you didn’t, but Landr’s designer is so confident in its stability to make such a bold and unqualified claim. Whether you’re cutting bread or standing on top of it, the table shouldn’t budge a single inch. At the very least, it wouldn’t collapse from under your weight, and it definitely looks like it could handle a rough lunar mission. That’s despite having a modular design that is also promised to be trouble-free to assemble. 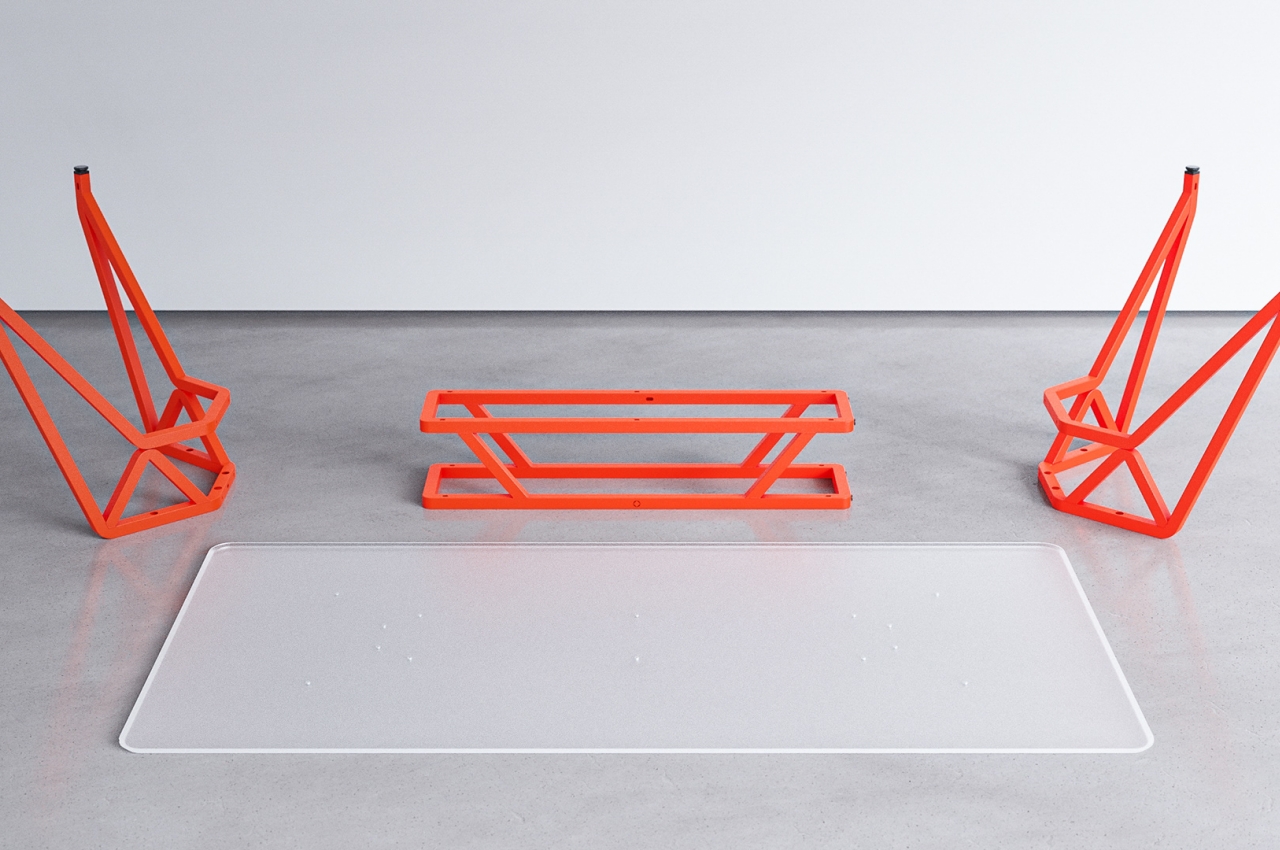 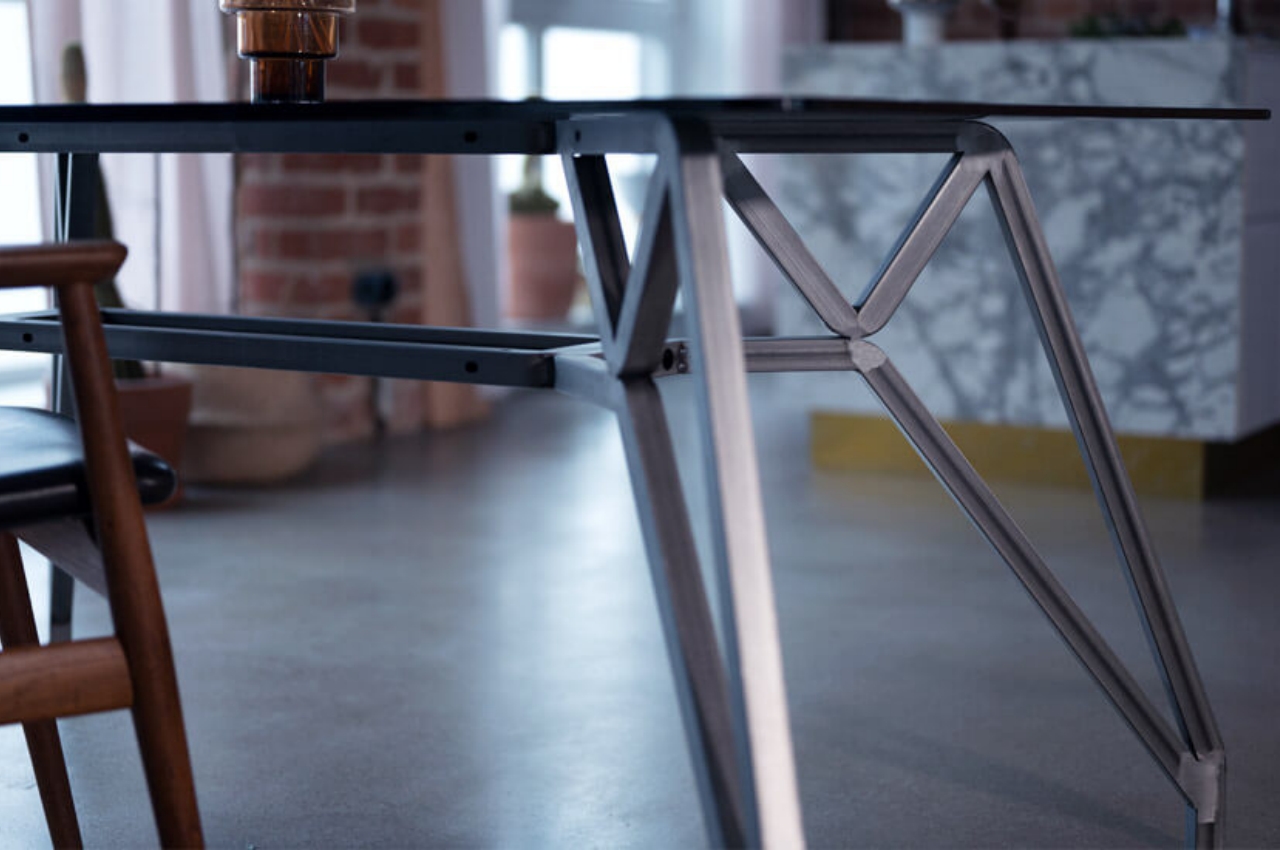 The Landr’s design is both industrial and futuristic at the same time, owing to the barebones appearance of its steel frame and legs. If the crisscrossing pattern of the legs reminds you of steel cages, you wouldn’t be off the mark. As its name suggests, the Landr is heavily inspired by the legs of the Apollo Lunar Module as well as the roll cages of sports cars. Both vehicles embody stability and durability, and those are the characteristics that the Landr table wishes to convey, but in a more home-friendly fashion. 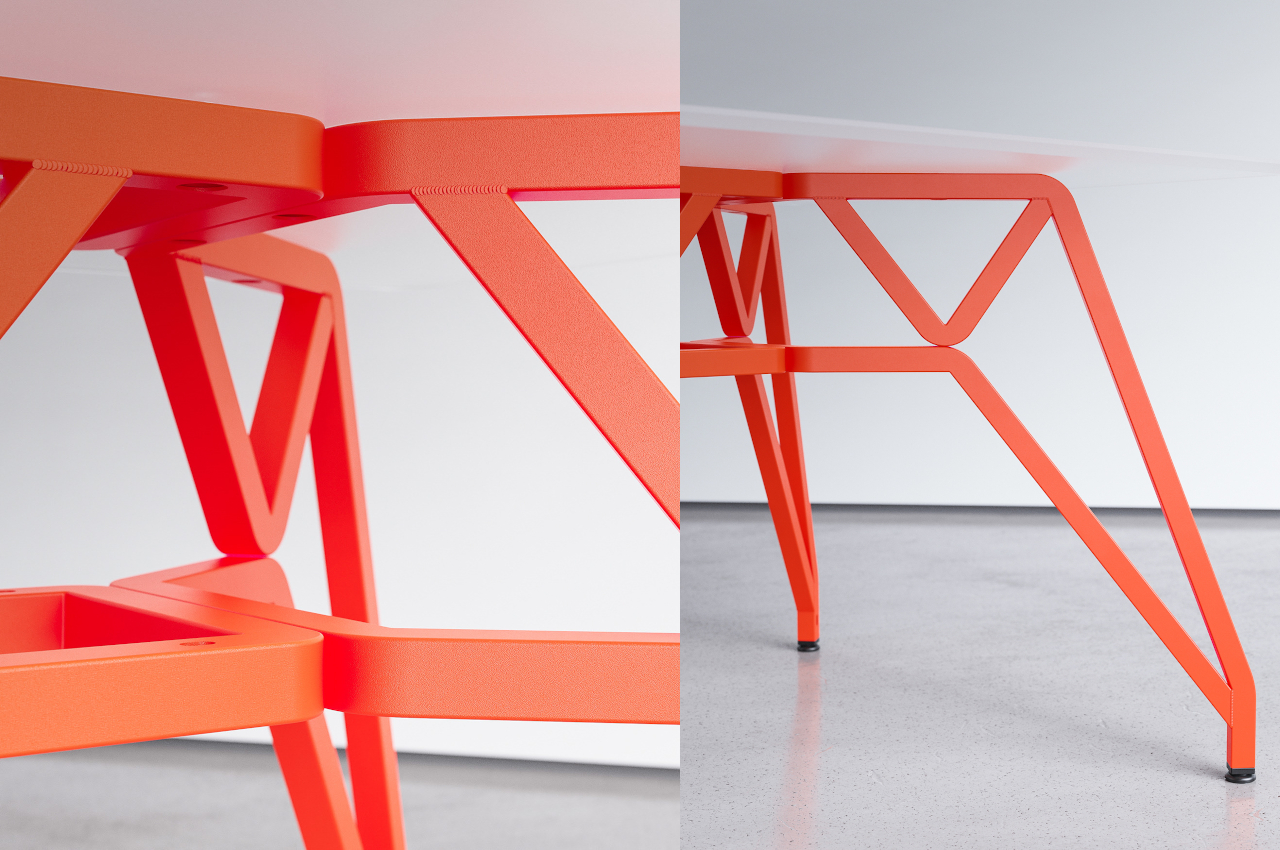 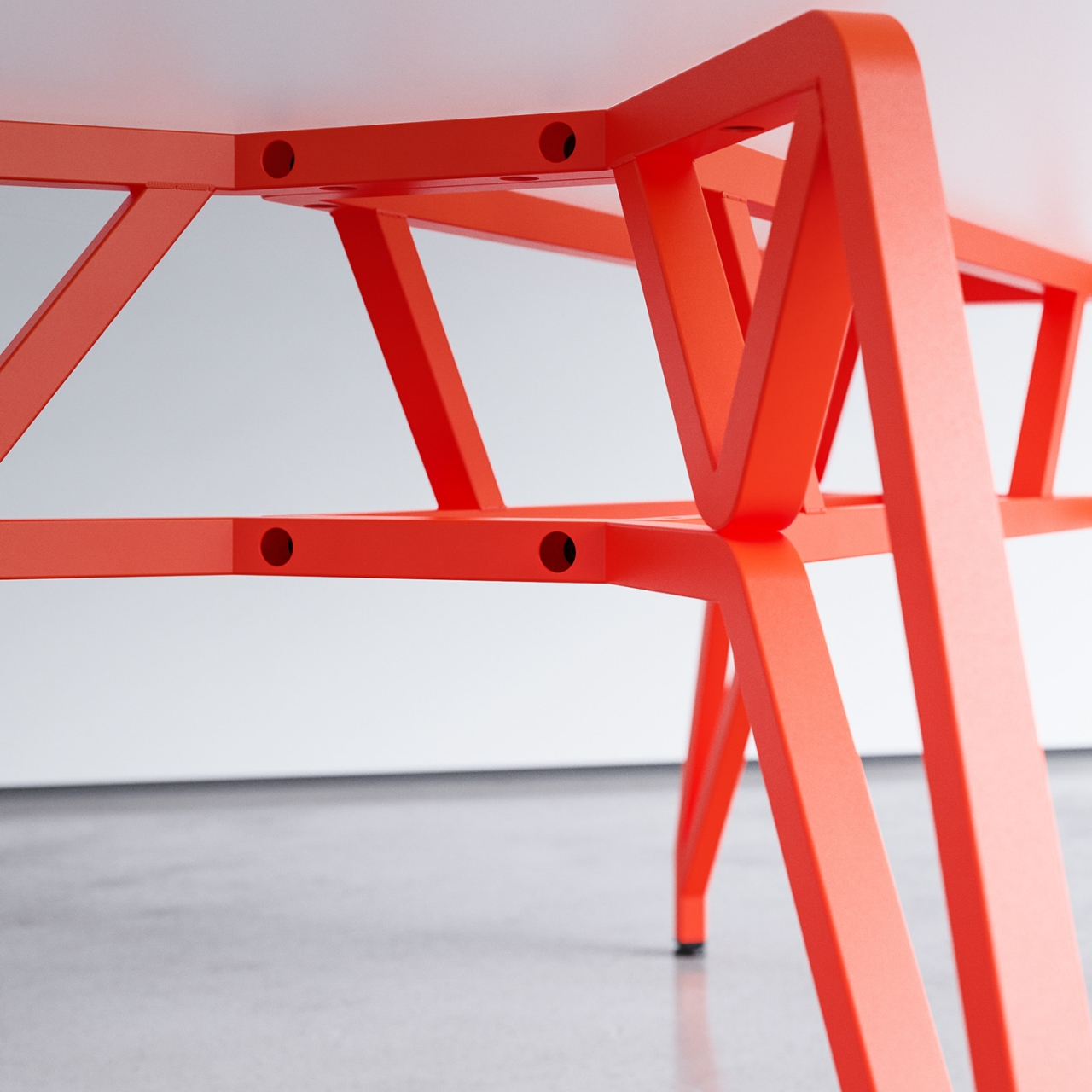 There is also a pinch of sustainability to the table, though it probably should probably be a long time before the Landr is ready to retire. It is mostly made of renewable or recyclable materials, like the steel frame that’s powder-coated rather than painted. Choices for table tops include ceramic, wood, and glass, with no plastic option in sight. Although the table is indeed recyclable, the designer hopes that owners will refurbish the table when the end of its use has arrived. Given its minimalist and timeless design, it will most likely fit in any context or time. 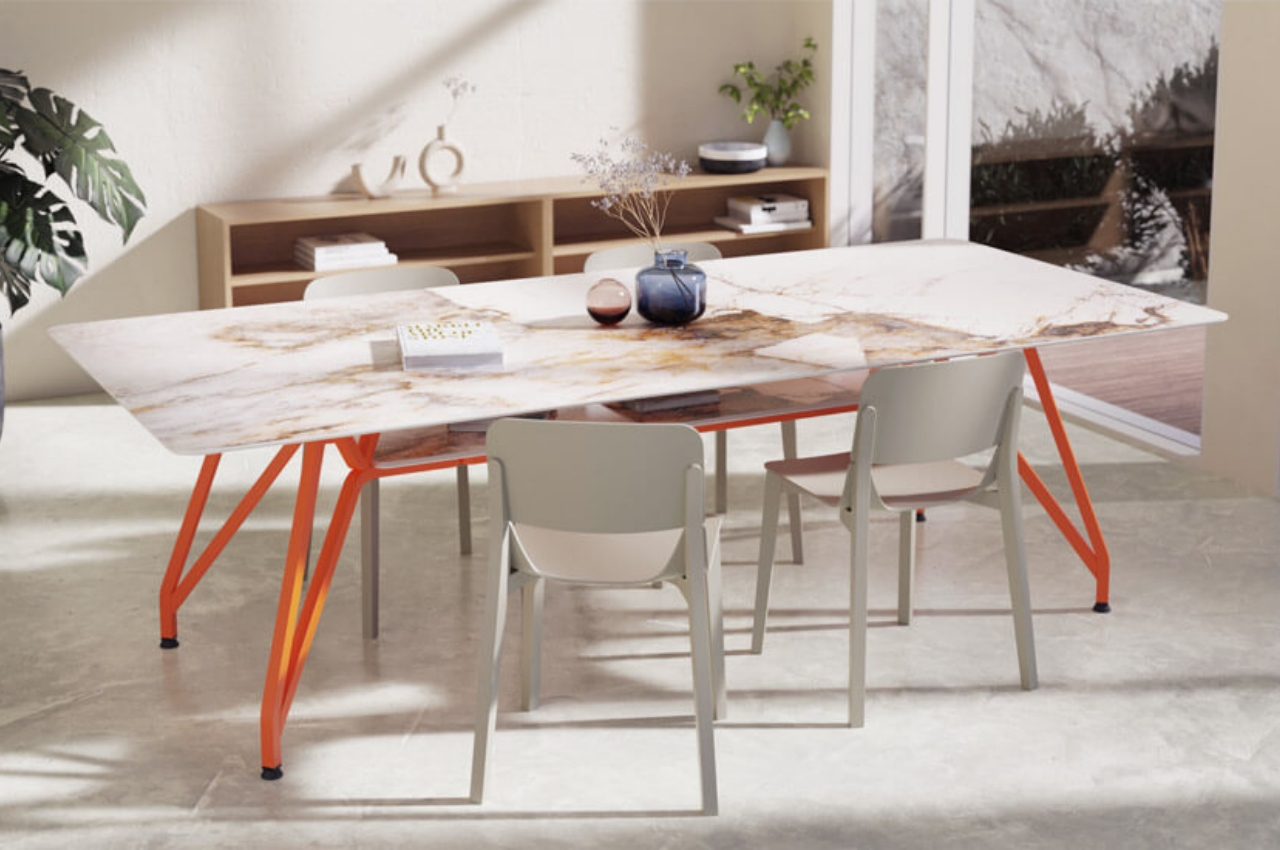 When it comes down to it, there is really no revolutionary invention or design involved in the Landr’s creation. It’s good old-fashioned research and prototyping, inspired by designs and products that have already been proven to work. That doesn’t make the result any less impressive or less attractive. The Landr’s unassuming yet eye-catching design clearly speaks to its best feature, removing any doubt that this table won’t wobble, topple, or fall down, no matter how hard that piece of bread is. 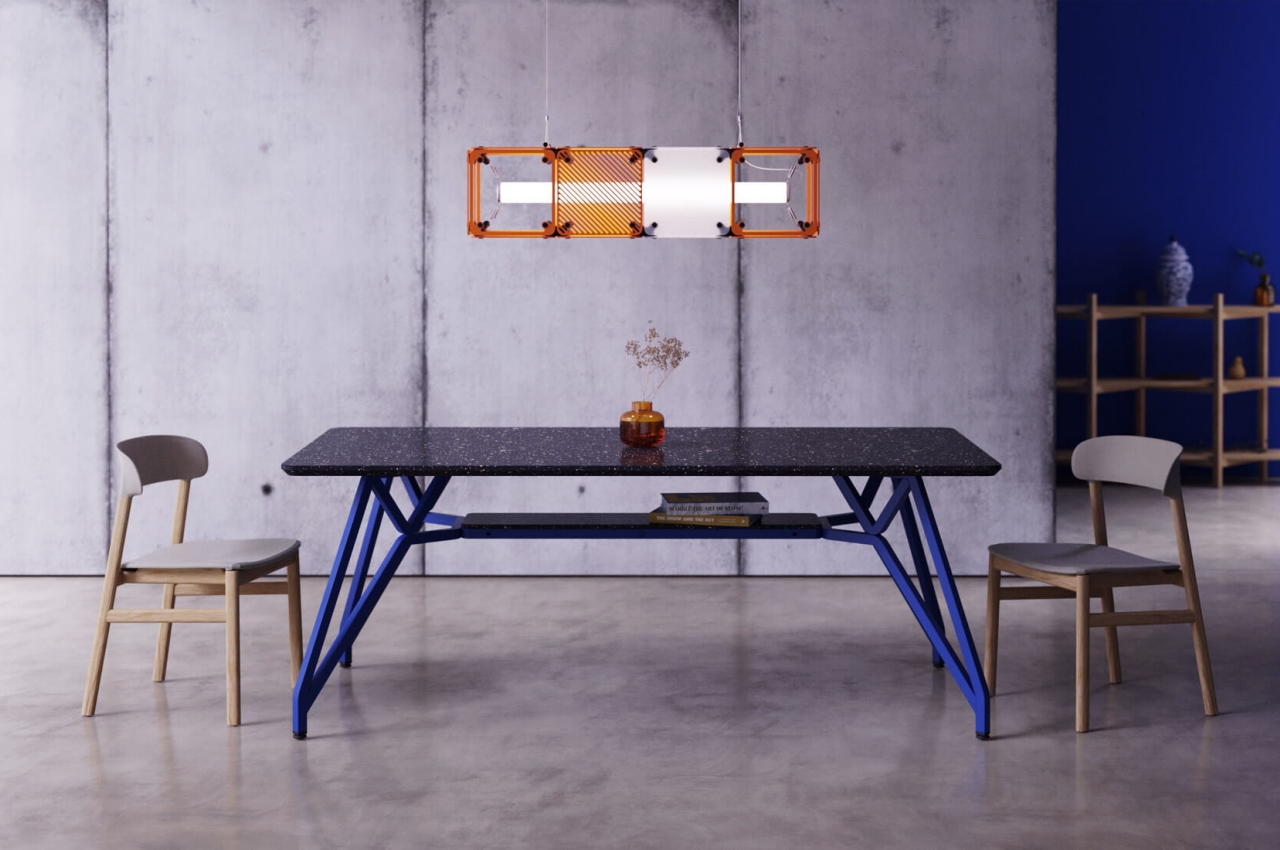 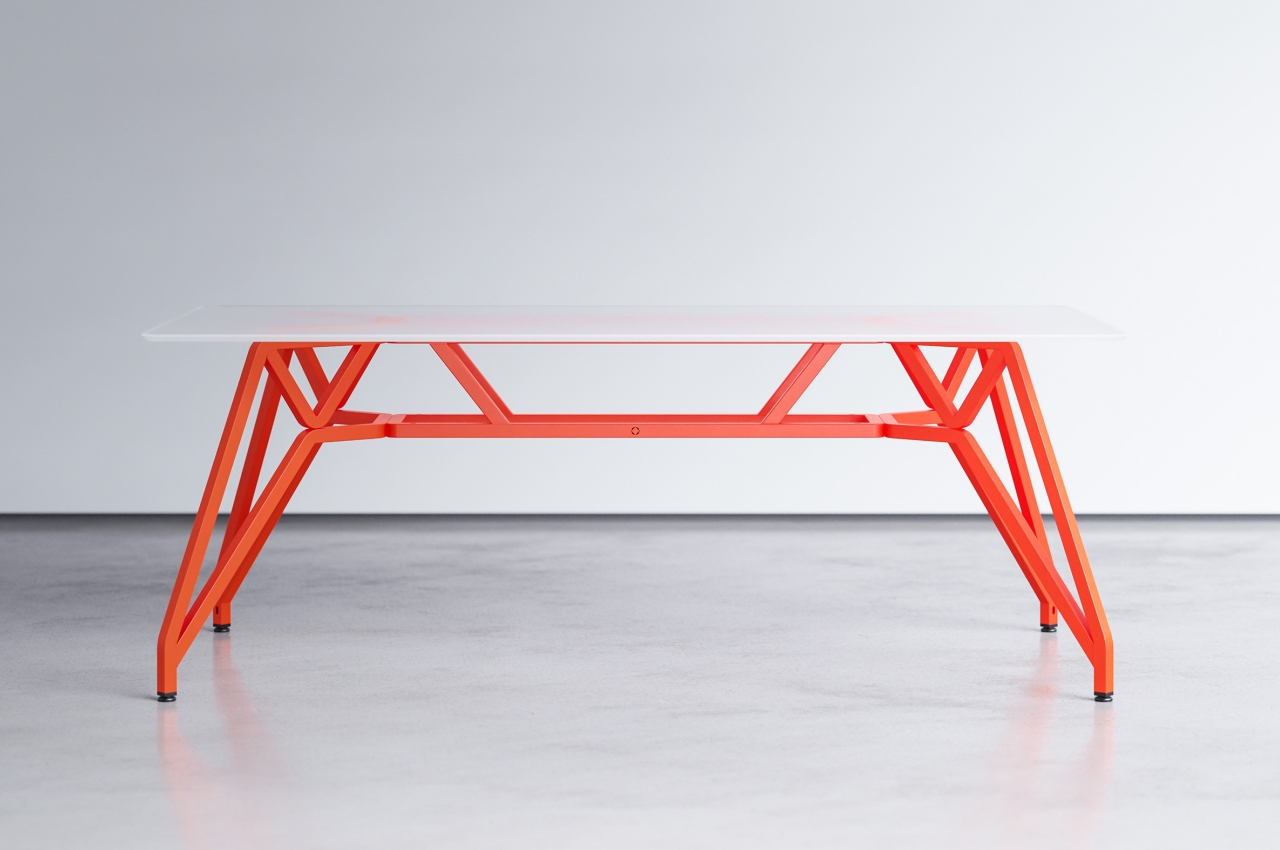 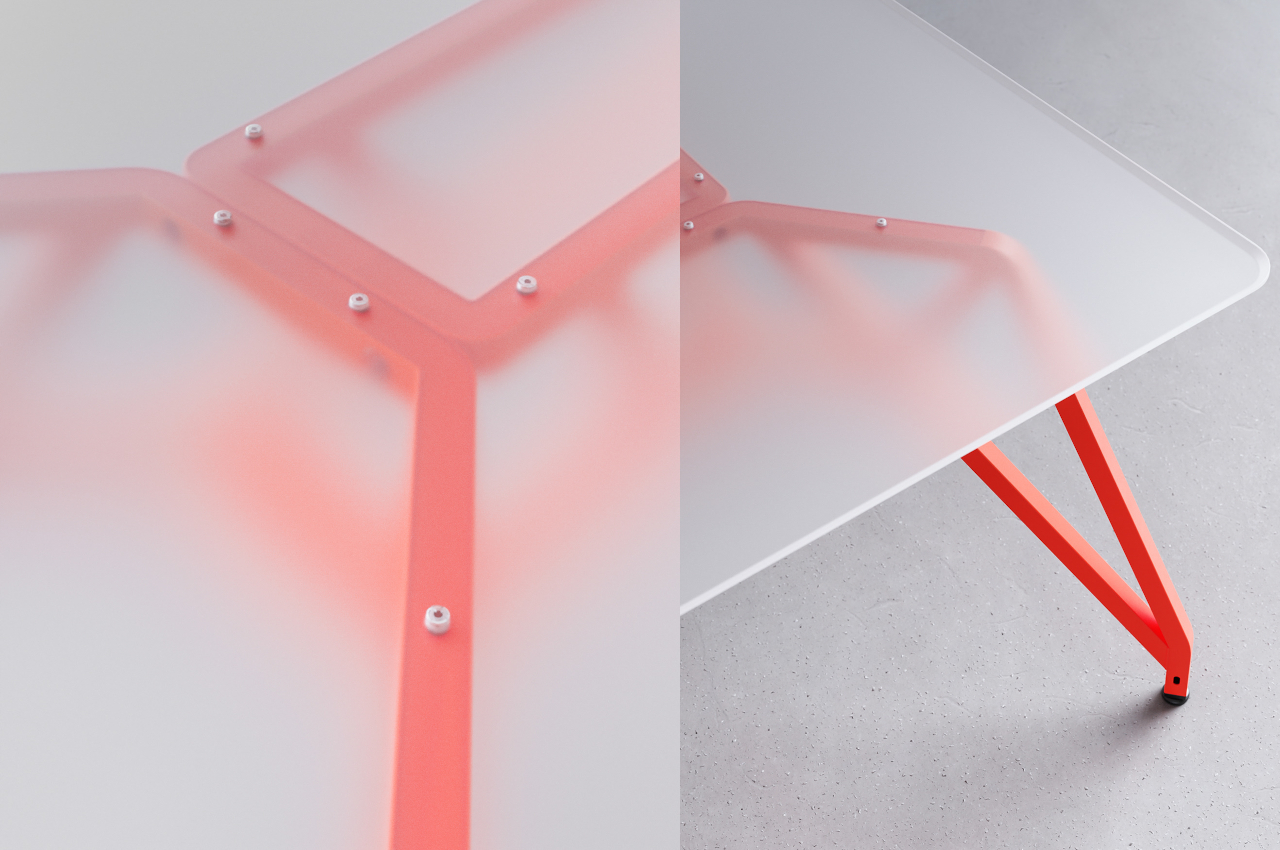 A voice-activated faucet so you can operate the tap, hands-free!

Delta has officially taken kitchen faucets to a whole new level. Apparently you can now give them commands! Delta’s faucets have been on the market…

This lightweight + durable drone can fold down and fit into a small case when not in use!

A super lightweight drone designed to operate in the most extreme environment and difficult terrain. In a way perfect for explorers who are curious to…

Umm… Why don’t inhalers stand up?!

Even though I’ve used one, I never realized that asthma inhalers aren’t designed to stand upright… and it’s quite strange because there’s no real reason…