With simple twist-and-click swapping abilities, Linus Vertman lets you practically change watches in a heartbeat. The interaction is incredibly modern, and people who closely followed the Google I/O keynote will remember the upcoming Pixel Watch having a similar twisting feature.

Linus Verthman is on a mission to modernize the Swiss Watch industry. While Swiss watches have cultivated a reputation for finesse, reliability, precision, and belonging to the elite, the one thing they haven’t been able to embody is dynamic modernity. Nobody associates Swiss watches with youthfulness, minimalism, and fun, and that’s precisely what Linus Verthman is setting out to change. Their watches come together in three parts – the core, the base, and the strap, and allow you to dynamically swap out any of the three main components. This, combined with the watch’s already appealing minimalist design, gives the Linus Verthman a sharp, future-forward style that’s still backed by Swiss engineering and craftsmanship.

Click Here to Buy Now: Sports Edition for $265 (55% off). Hurry, exclusive deal for YD readers only! 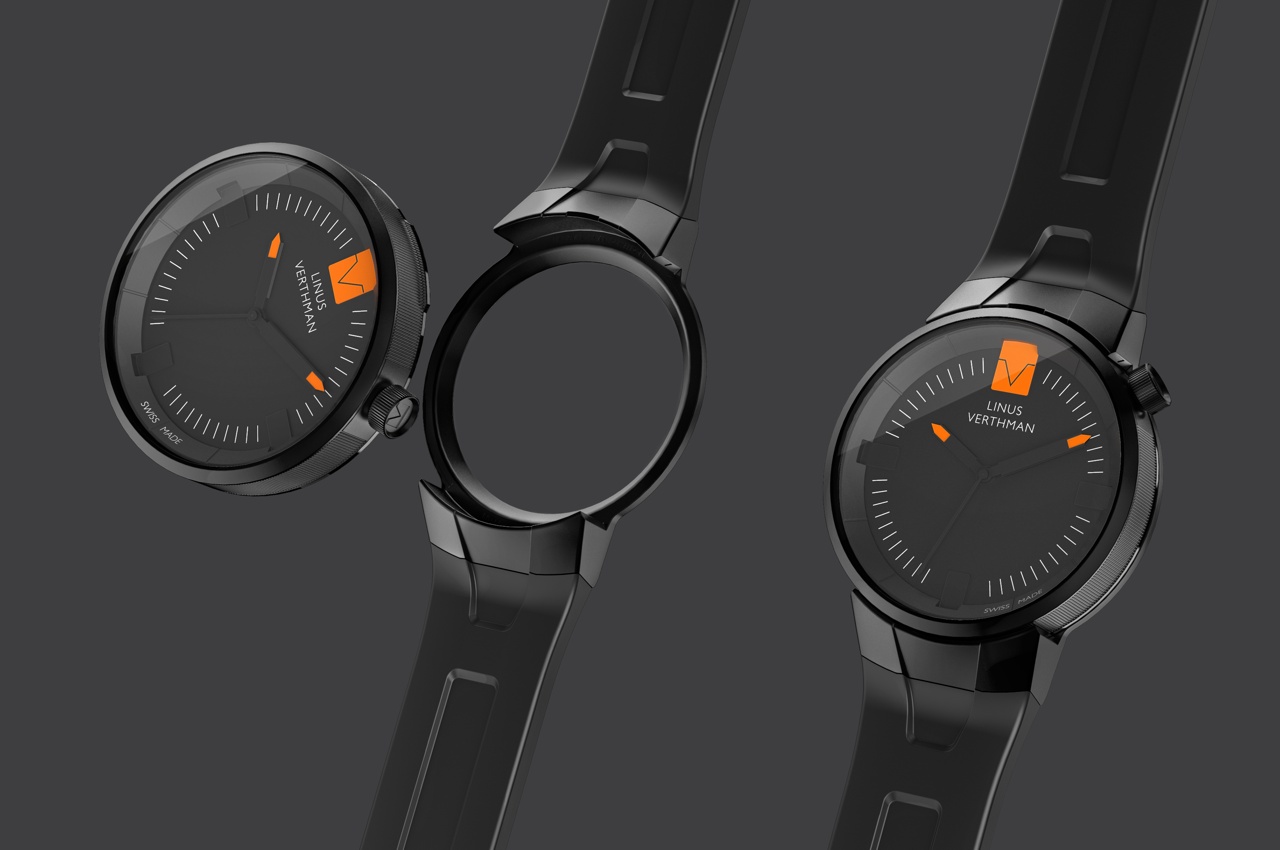 The basic principle behind the Linus Verthman watch is that you shouldn’t have to be stuck with one watch design all your life. Just the way you change your wardrobe, the watch’s design changes too, going from something slick and professional to something fun and sporty, to even something as quirky as a modern-day pocket watch. Linus Verthman’s timepiece design comes with a patent-pending quick-switch & precision locking mechanism that allows endless variations and looks, that too in mere seconds without any tools – just your hands.

Create millions of looks with just one watch.

Change up in seconds with their proprietary switch mehanism.

The watch sports a 316L stainless steel base, which lets you attach the straps at two ends and the core (or the watch’s main face) in the center. Available in two finishes – a metal and a PVD-coated black, this base effectively forms the foundation that the rest of the watch builds on. The watch’s core, or its face, comes with a unique twist-to-fit mechanism that satisfyingly clicks into the base. While boasting of an overall minimalist appeal, Linus Verthman’s watch also deviates from the ordinary, with a strangely appealing crown at the 1:30 position. The crown’s placement gives the Linus Verthman a distinct character, while quite literally indicating that this isn’t your average ‘boring’ Swiss watch. 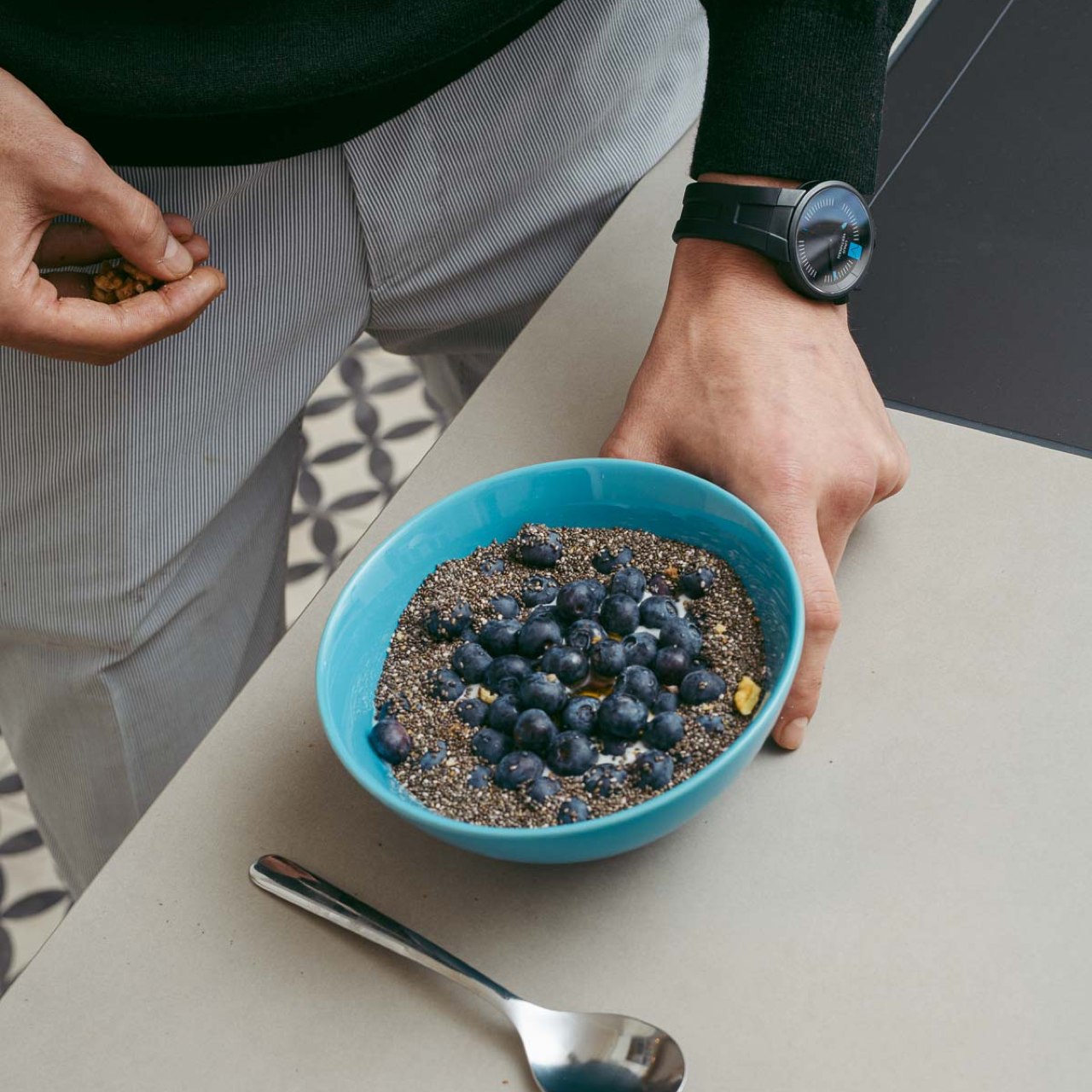 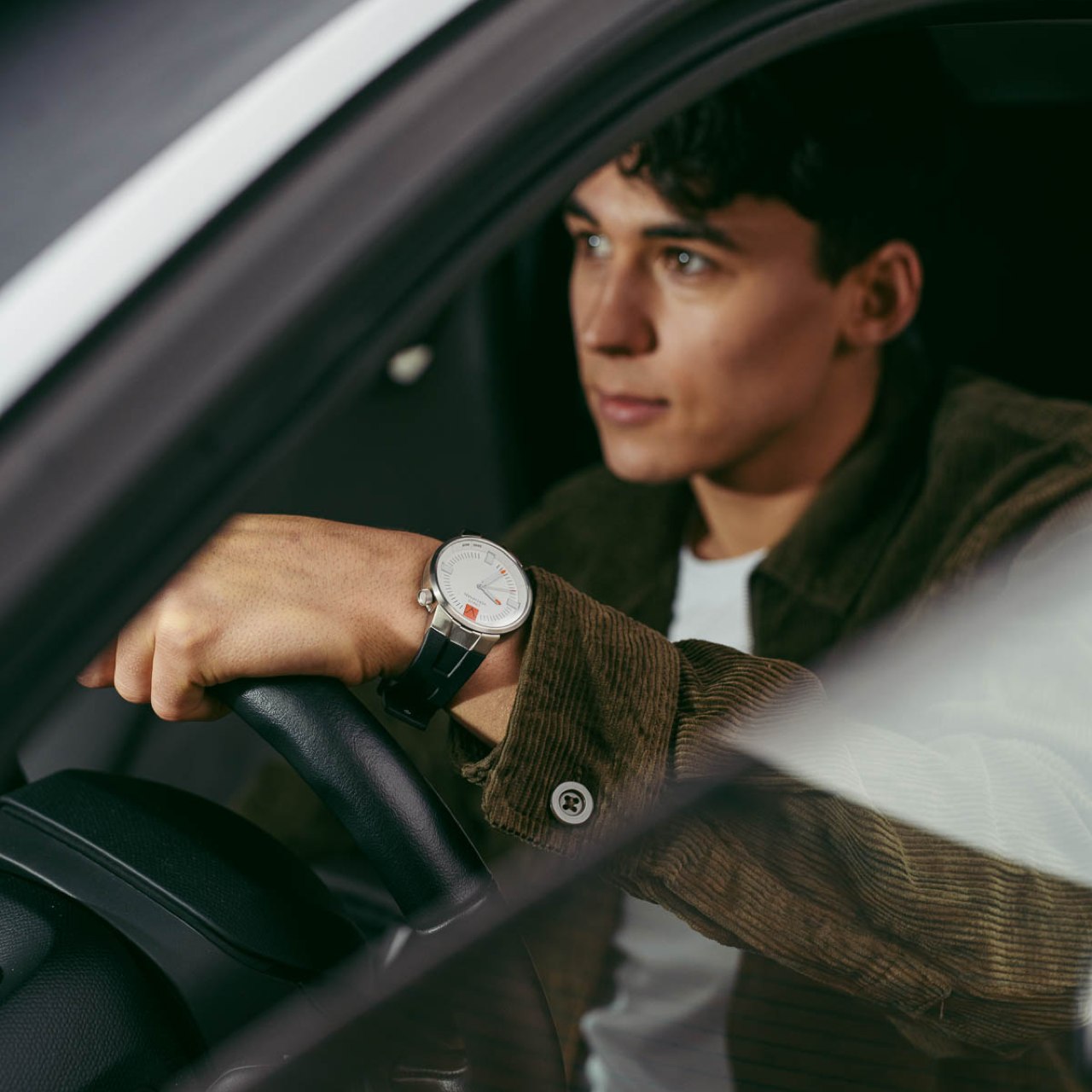 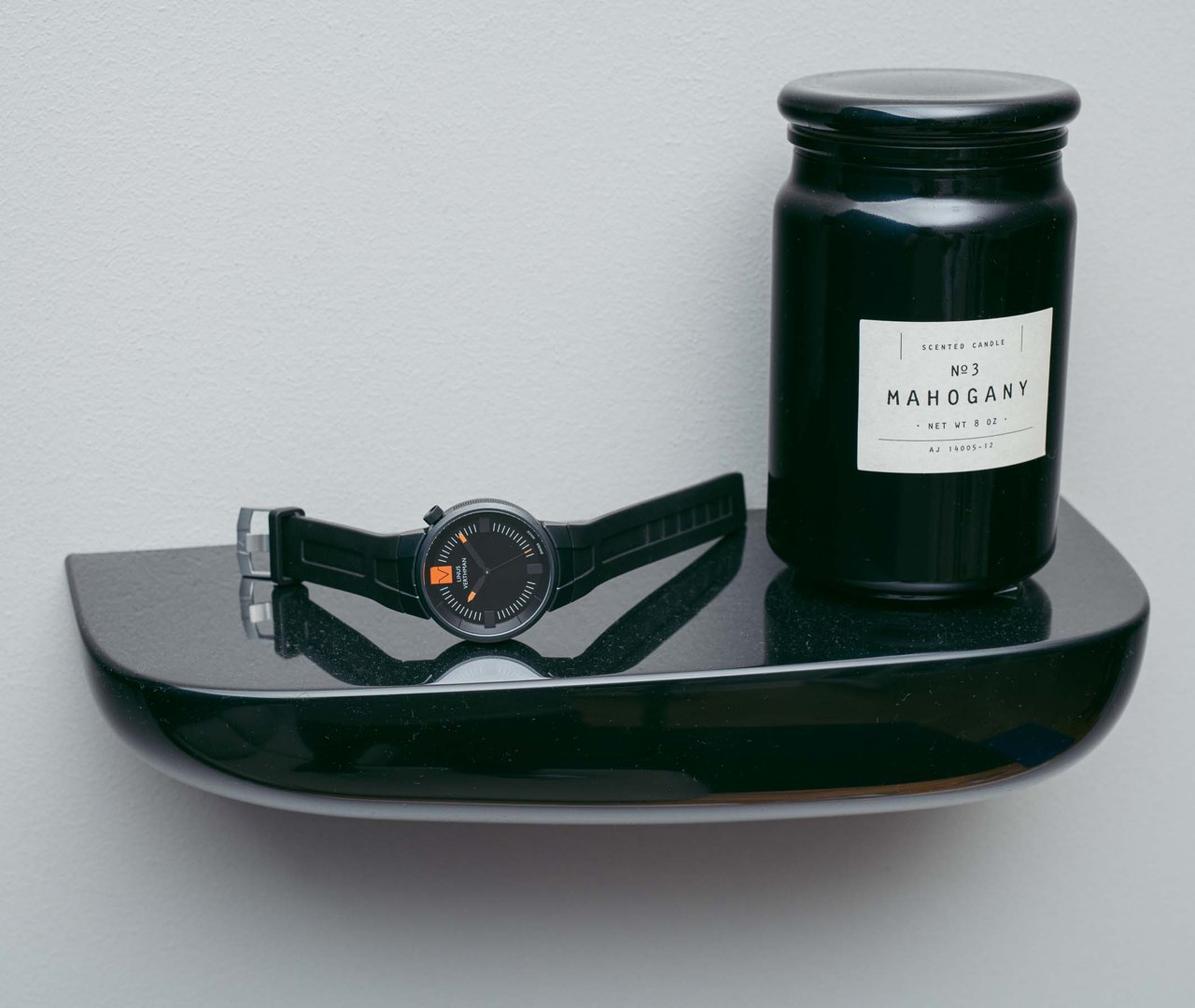 On the inside, the Linus Verthman is powered by a Swiss ETA movement, sealed within a 5 ATM water-resistant enclosure. The watch’s face is minimalist, without any extra flourish aside from the Linus Verthman logo at the 12 o’clock position, and does the job effectively through linear markings and Super-Luminova coated hands that glow brightly in the dark. Sitting atop it is a sapphire crystal that seals the watch face under an anti-scratch, anti-reflective surface, for you to stare at for hours. 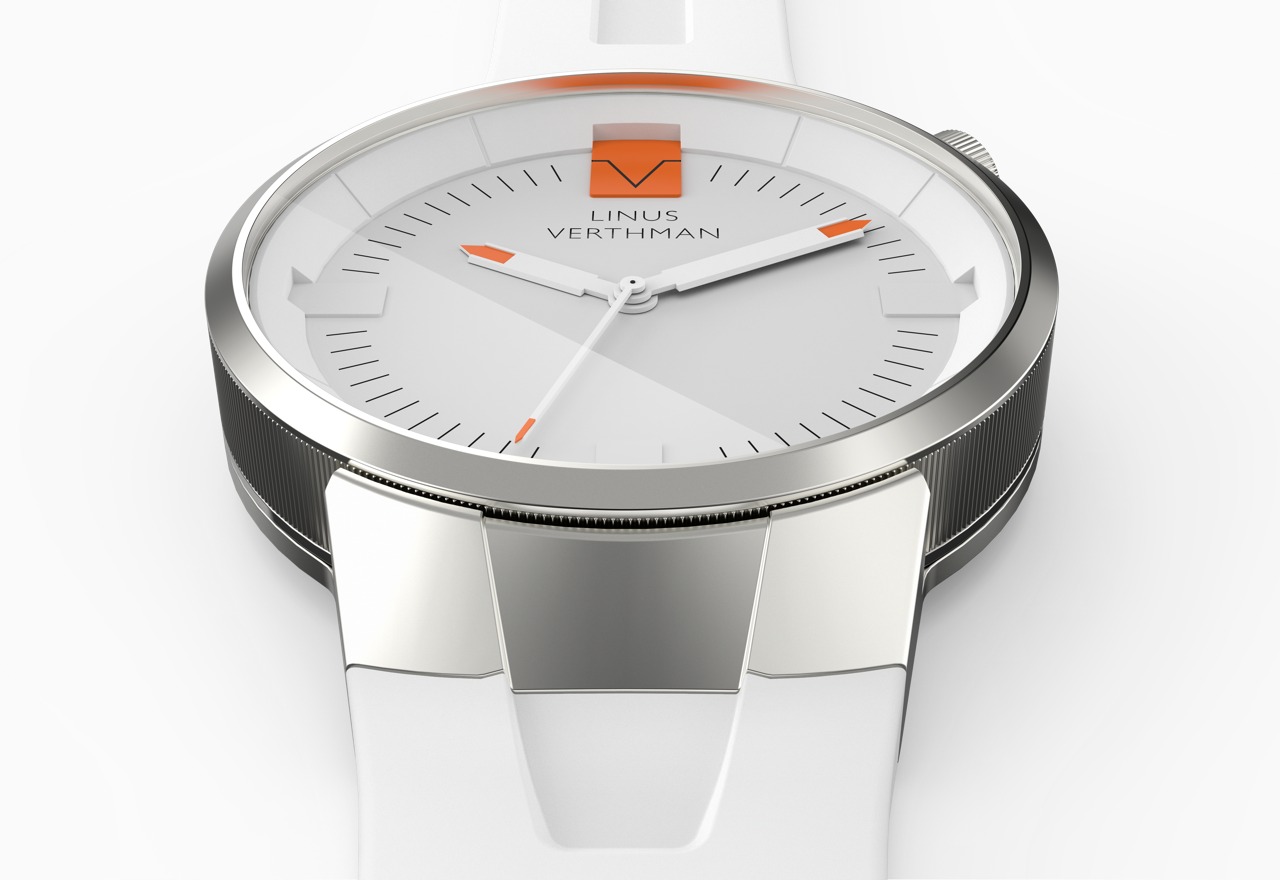 316L Surgical Grade Stainless Steel – The material is hypoallergenic and resists high temperatures, magnetics as well as corrosion from sea water or acids. 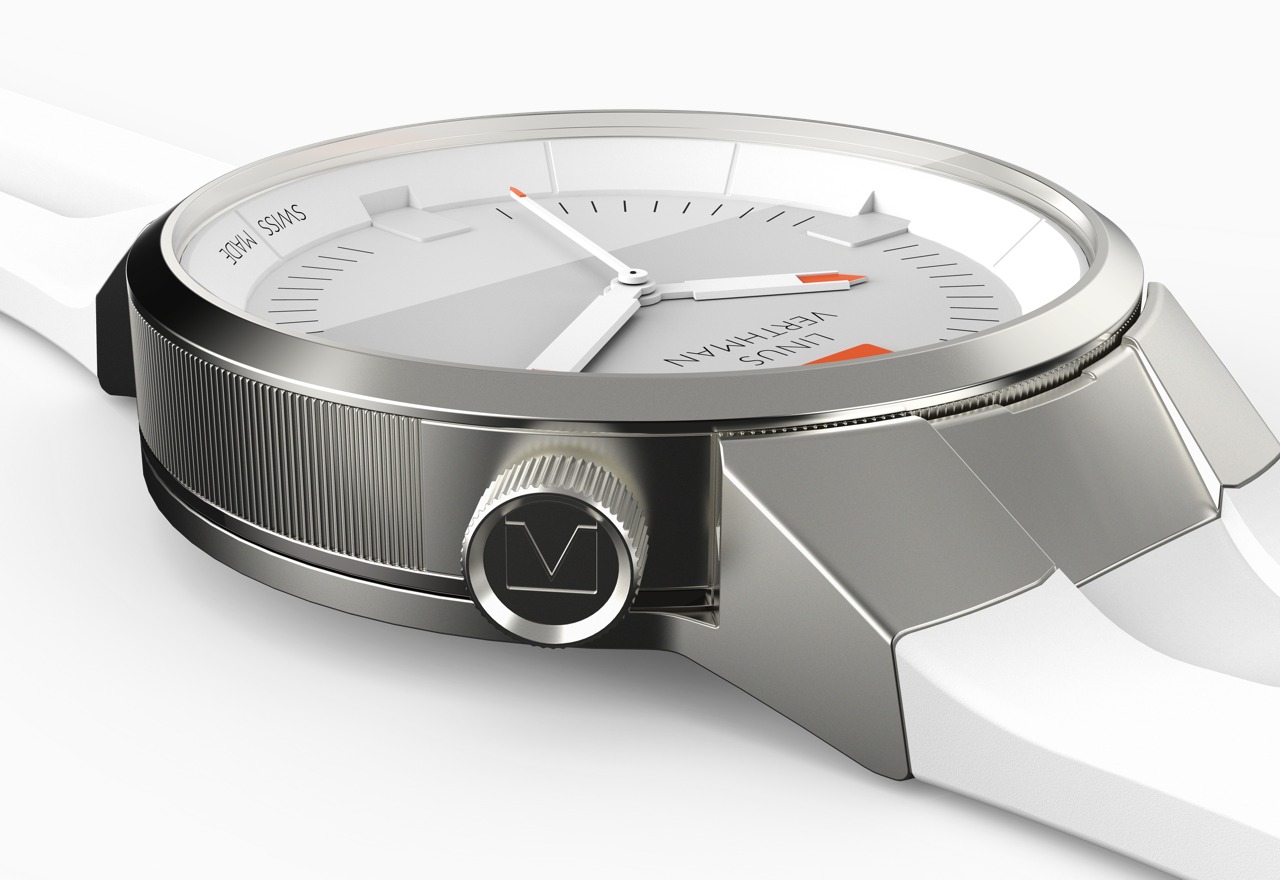 Sapphire Crystal – Sapphire crystal rates a full 9 out of 10 on the Mohs scale, making it extremely resistant to chipping and scratching. 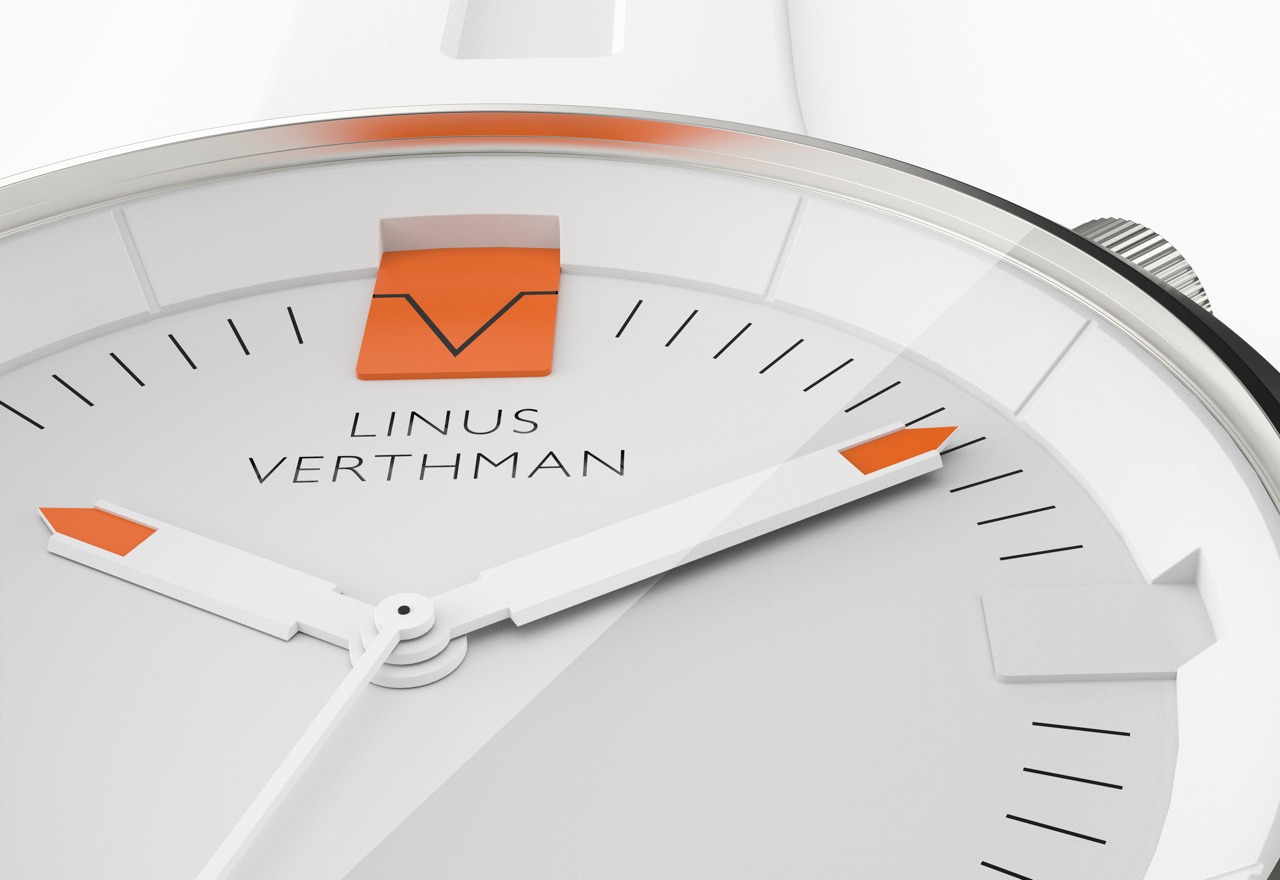 Super-Luminova – Charged by light, and placing it in light for about 20-60 seconds will give you a glow that will last all night.

The watch stays anchored around your wrist using Linus Verthman’s premium nitrile-rubber bands that are comfortable, hypoallergenic, oleophobic, and UV resistant. The straps form a major component of what allows you to customize your Linus Verthman. While the base and core come in a few select varieties, Linus Verthman offers 13 different strap colors to choose from, even including a bumper-style strap that covers the entire edge of the watch face (think early 2000s G-Shock), a leather strap, a Milanese metal strap, as well as a pocket-watch variant that turns your wrist-worn timepiece into a modern classic that you can attach to your belt loop. You can grab an individual watch, or build out your collection with multiple interchangeable straps, bases, and cores that let you create over a million combinations!

Click Here to Buy Now: Sports Edition for $265 (55% off). Hurry, exclusive deal for YD readers only!

The Sweetest Spoon Ever

Inspired by the many natural benefits of honey, the Balgo Honey Spoon was designed to streamline the process of adding honey to your drink. No…

Inspired by the caterpillar’s many co-functional legs, this stool by the same name features interwoven plywood pieces that move and reshape to adjust to the…

Coiled Up In The Dryer

The hair dryer is a fine instrument and does its job well but its design has stagnated. What designers usually tackle is the form of…

And Back To Sammy News

Thank you Laura and Charles for giving us a fresh perspective on tablets! The Samsung Galaxy One Tablet Projector Concept is a combination of three…