Inspired by the BMW bikes of the 30s and 40s, Andrea Radaelli of Radikal Chopper got to work on this beauty the old-fashioned way. His idea first started out as a paper sketch and then progressed to prototyping entirely by hand. This BMW R 18 custom build is made entirely from hand-machined and finished aluminum, with a handmade wooden seat to match… and that aesthetic? That 1930s art-deco steampunk-ish vibe isn’t an accident – Radaelli toon inspiration from the BMW R37, giving an ornate Ghostrider-meets-Mad-Max spin to his design, before promptly (and rather aptly) naming it the Magnifica. 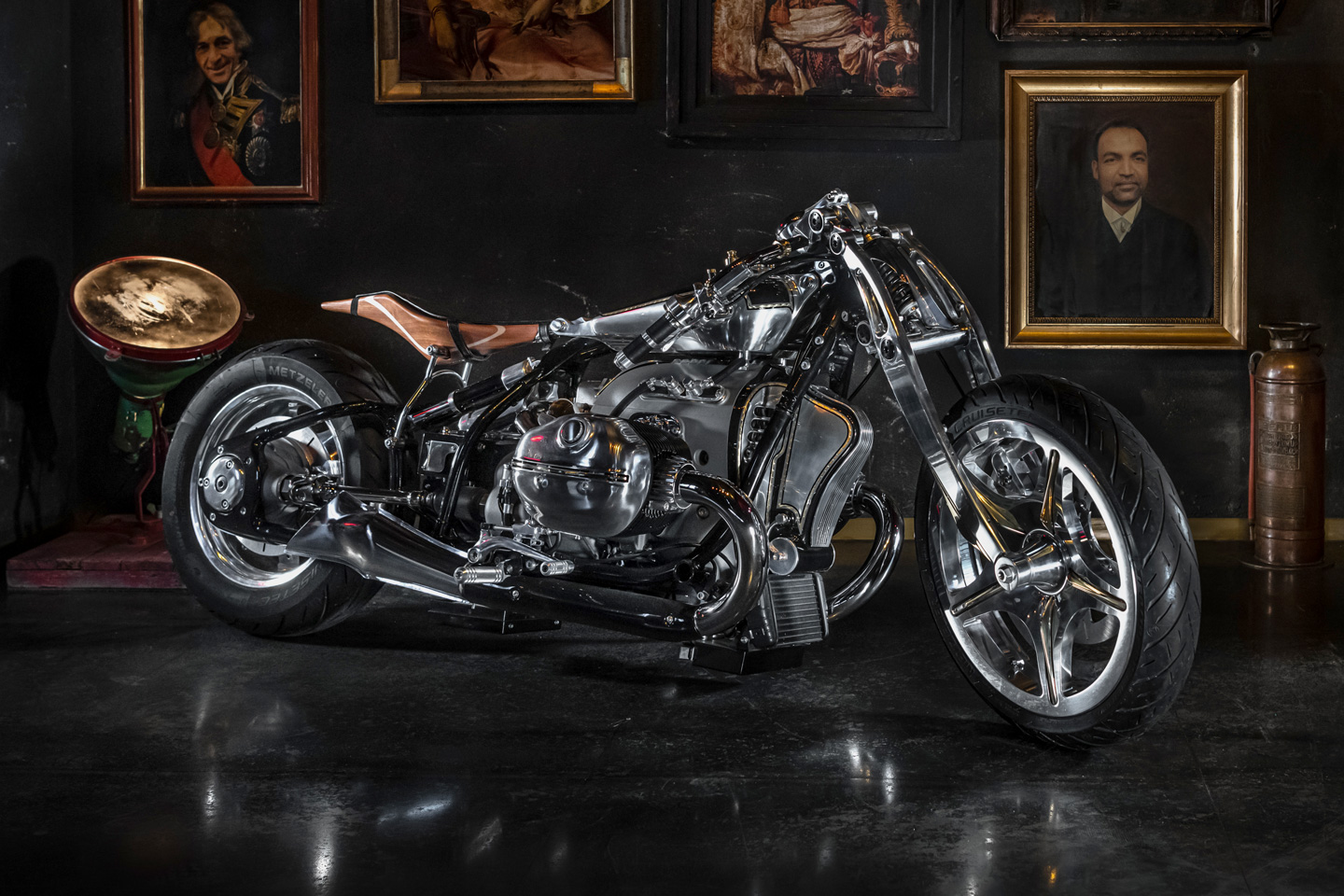 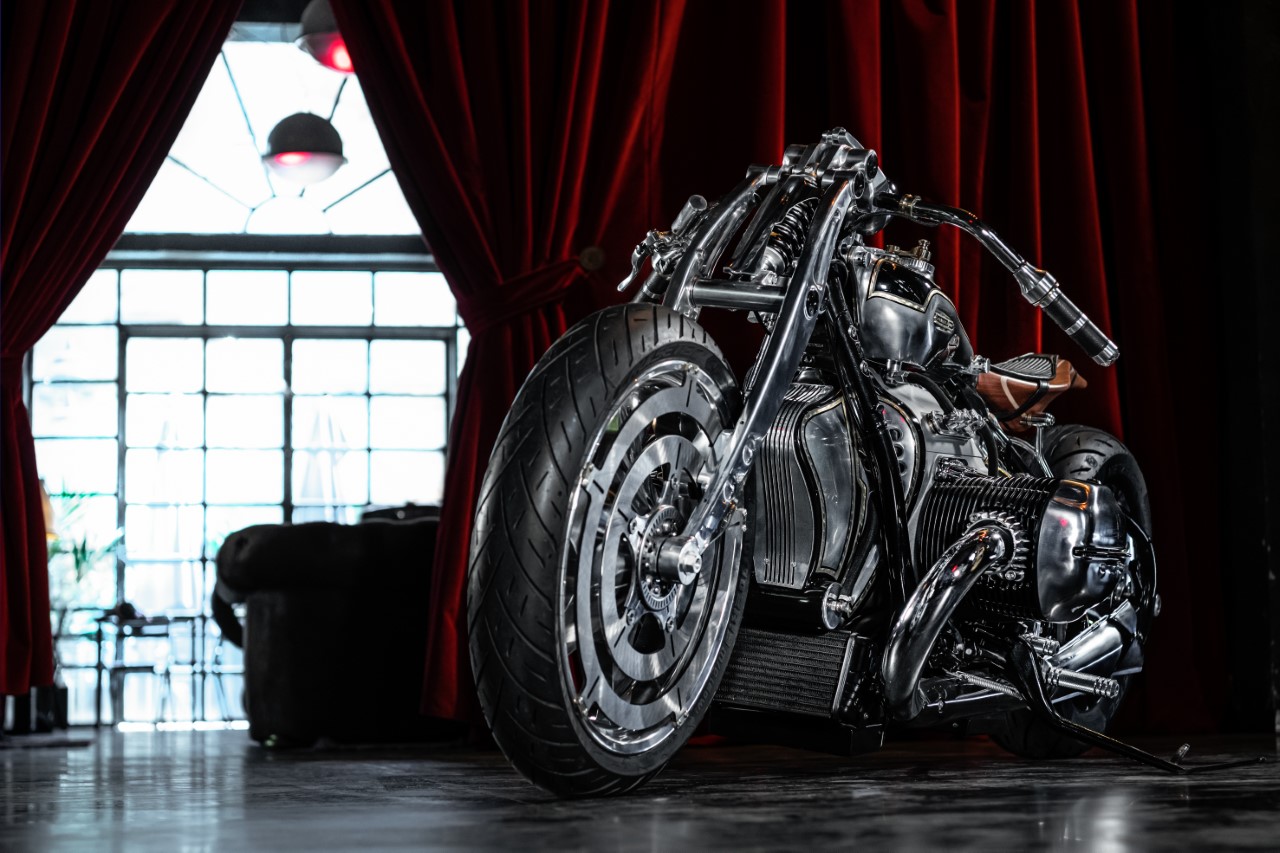 Radaelli’s Magnifica is truly a celebration of human imagination. With no CAD or render as a starting point, Radaelli was forced to quickly pen his vision down in sketch form, creating a series of 2D reference points that would then be translated directly to the prototype. Nothing on the R 18 Magnifica is bought, everything (or almost everything) has been thought out and built by hand… with the exception of the bike’s rims, which were made with numerically controlled machines working on a design that Radaelli himself had developed. “Even the innovative brake discs and calipers were specially created”, BMW observes in their press release. 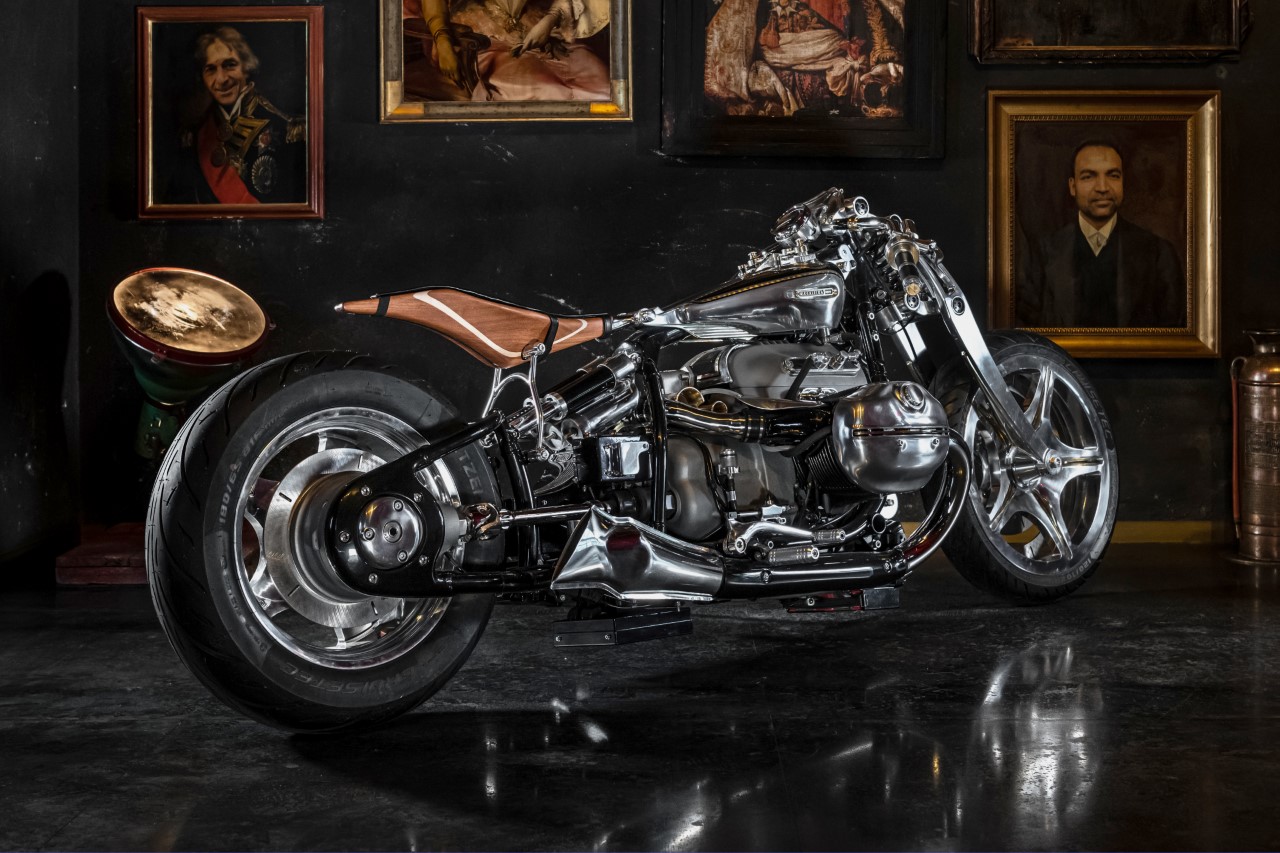 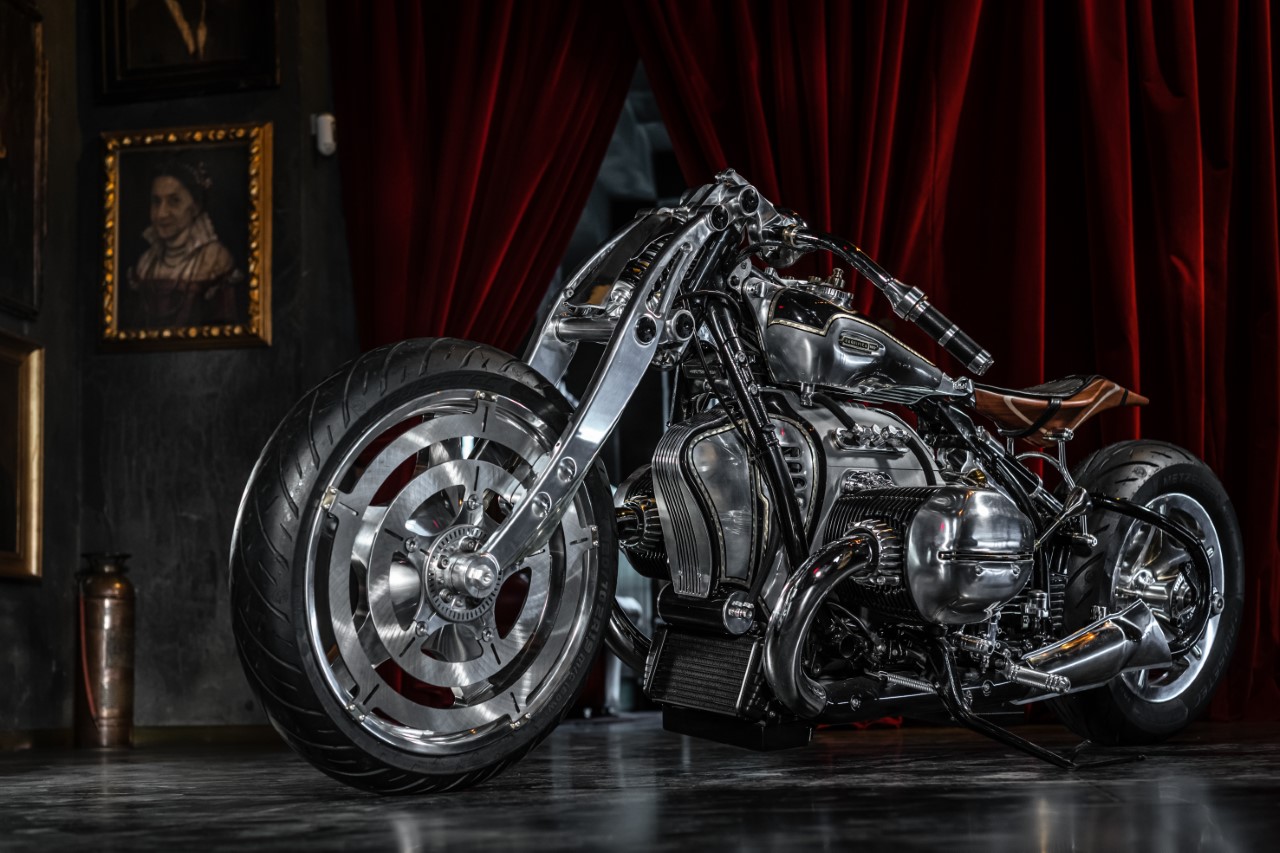 Beneath the retro aesthetics lies a technologically modern motorbike, lightened by around 100 kg: the weight of the BMW R 18 Magnifica is in fact around 250-260 kg, compared with 345 kg for the original model. 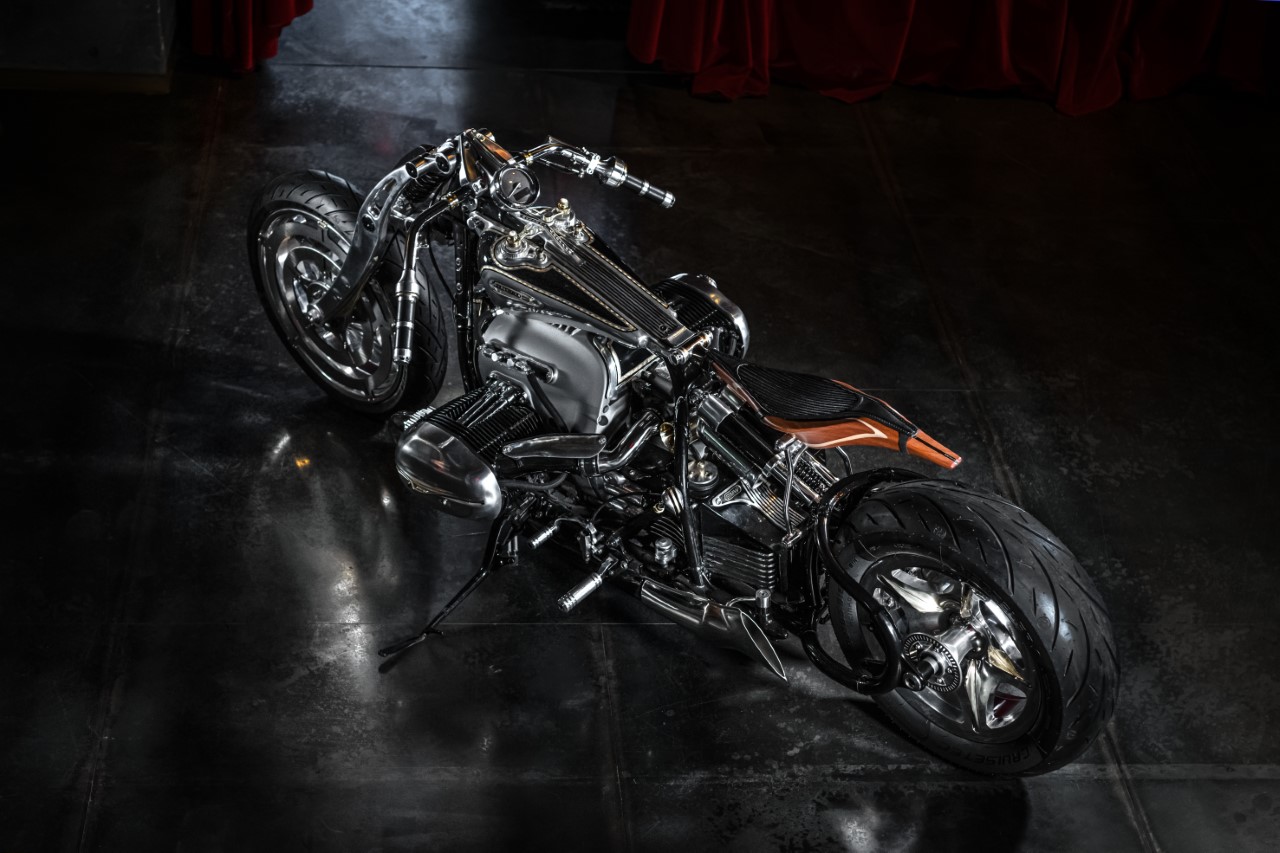 “The bike has to be my own creation,”, Radaelli said. “I don’t feel like dredging up or modifying a concept already set up and done very well by others.” The inspiration for the design of the BMW R 18 Magnifica pays a hat tip to the vintage motorbikes of the 1920s, 30s, and 40s, given that they “have an incredible charm that even today many modern motorbikes cannot replicate”. 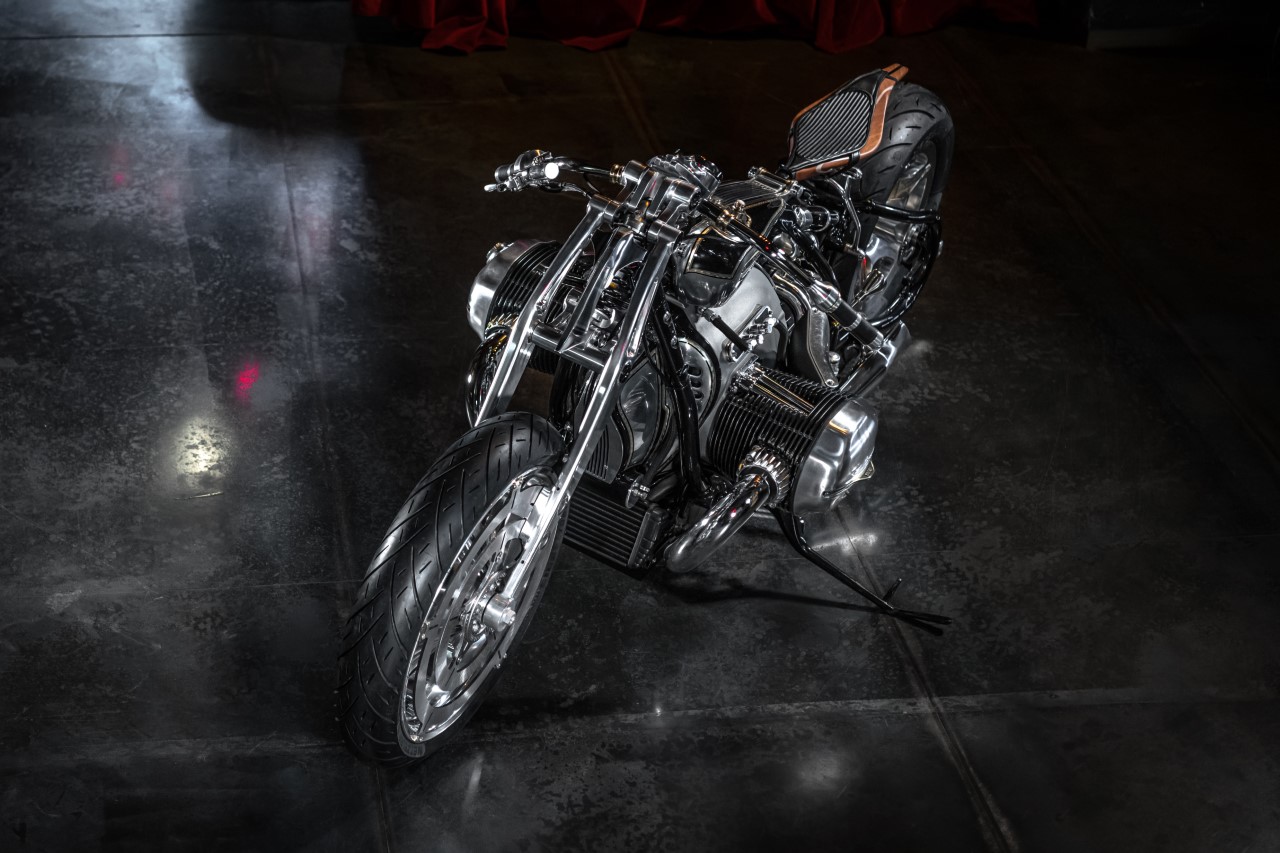 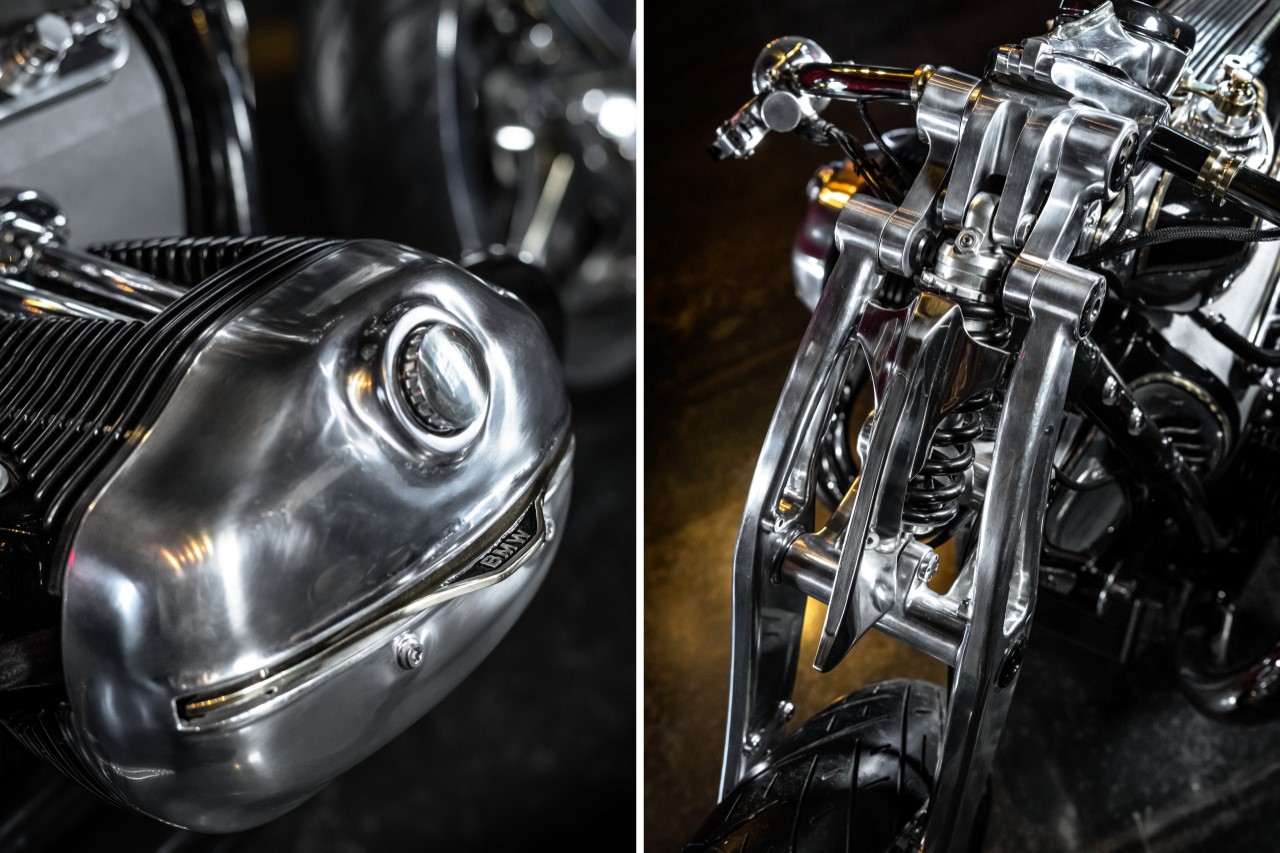 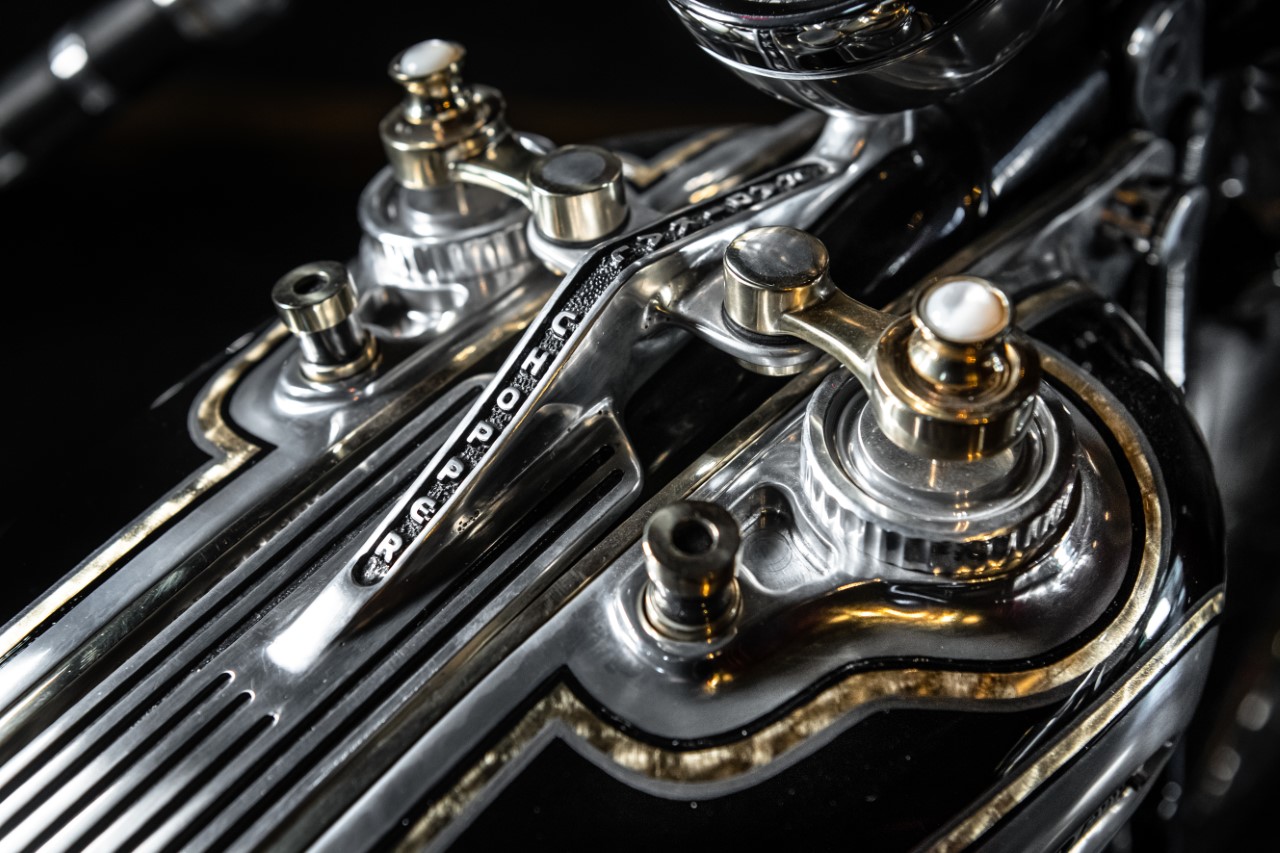 The task at hand for Radaelli was no easy feat. As old school as the bike was, so was its design process. Radaelli started off by sketching on paper, before directly building out his vision on a naked R 18, using materials like aluminum, brass, and mahogany wood with a few stainless steel accents here and there. The entire motorcycle’s aesthetic is unforgettable at best, with complex details and parts that come together to magically make the entire motorcycle. The motorbike boasts of an almost entirely redesigned outer body, with a custom fuel tank, boxer engine clad, and even dashboard. The forks have the same slope as the original ones but a look reminiscent of those on vintage motorbikes, inside, however, they are completely modern, built from billet parts. The electrical system has not been modified; everything is fully functional. The dimensions, rims, and tires have remained true to the original: the bike is perfectly serviceable. 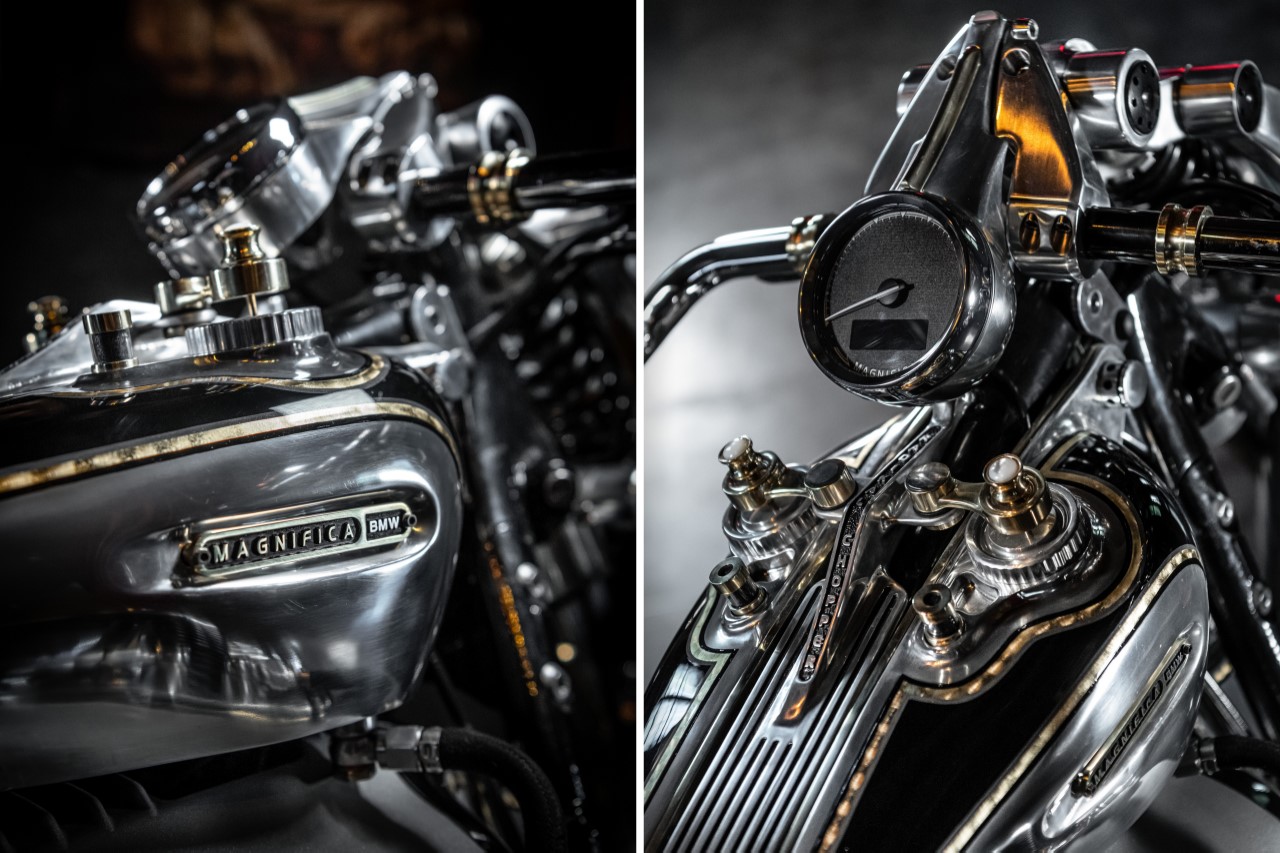 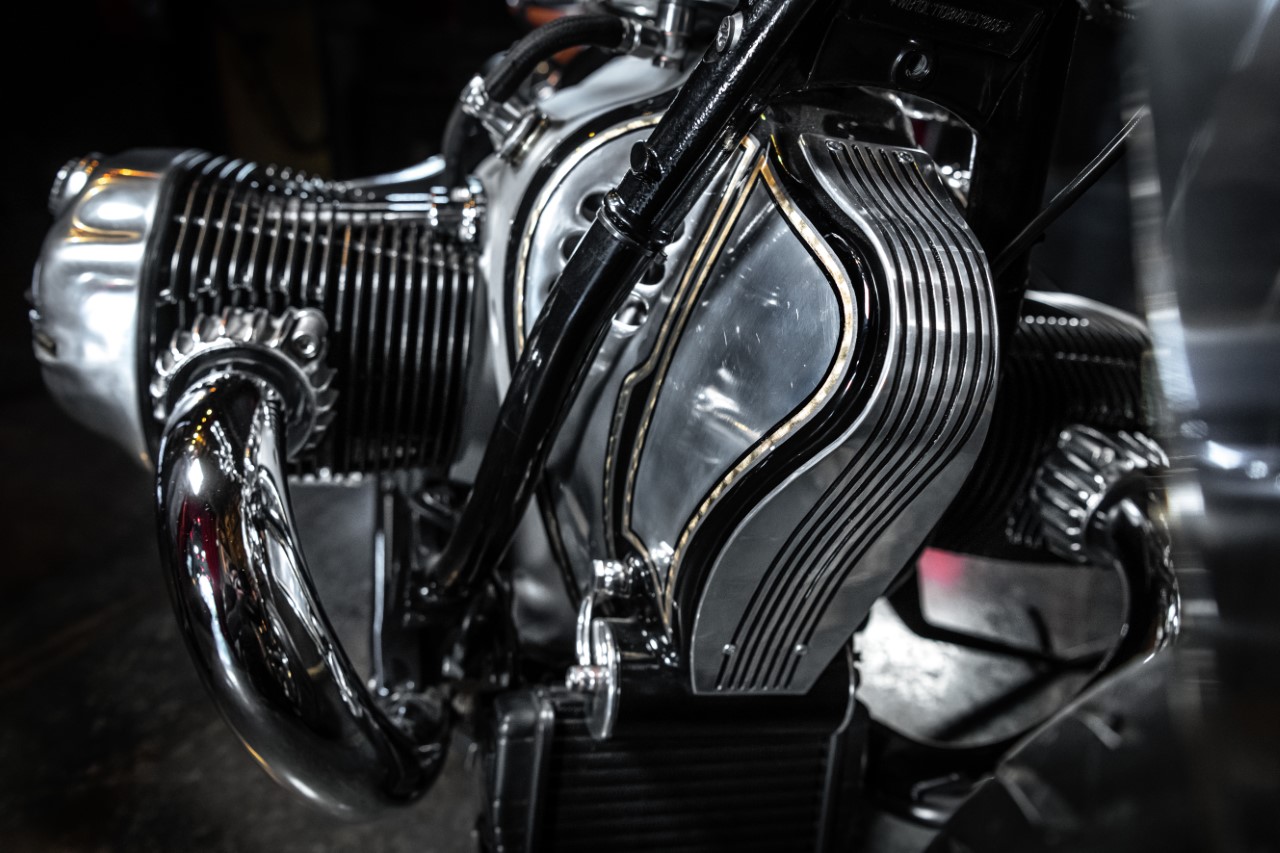 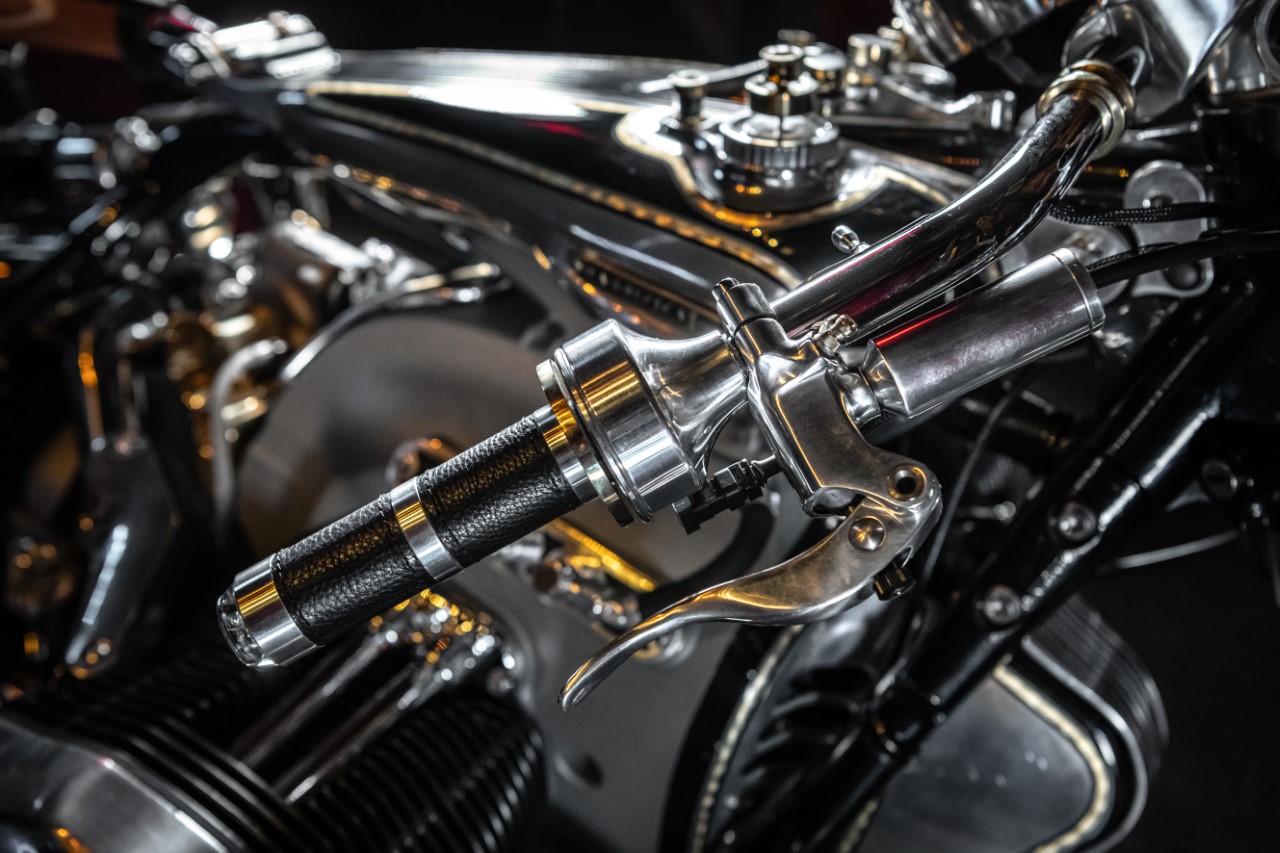 The rear of the bike is designed to look as if it’s hovering above the surface. With a slick, aerodynamic form (although I’m not too sure how comfortable it is for the pillion rider), the Magnifica’s seat is hand-carved from mahogany, with a stainless steel accent running down the center, acting as a continuation of the bike’s overall obsession with polished metal. It’s an obsession that I personally enjoy. For Radaelli, the end result was supposed to be ‘jewel-like’, and it absolutely is. Just like a shimmering diamond with multiple facets, the Magnifica too has multiple curved surfaces that reflect light in uniquely pleasant ways (one could argue that the Cybertruck’s flat-ish design does the opposite, hence its polarizing appeal).

Commissioned by Officine Riunite Milanesi, and unveiled at the Top Marques show in Monaco, the Magnifica joins an impressive roster of BMW-backed customs based on the R 18. 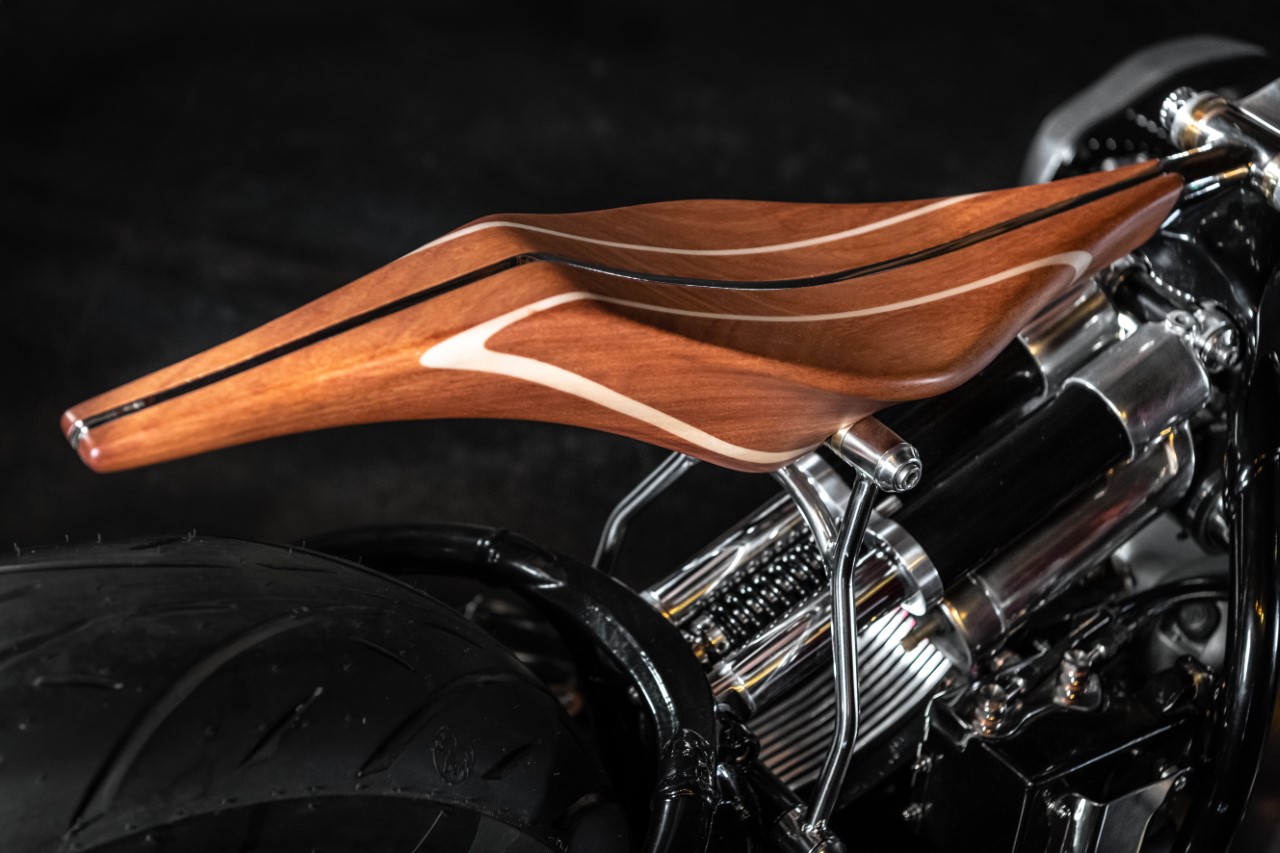 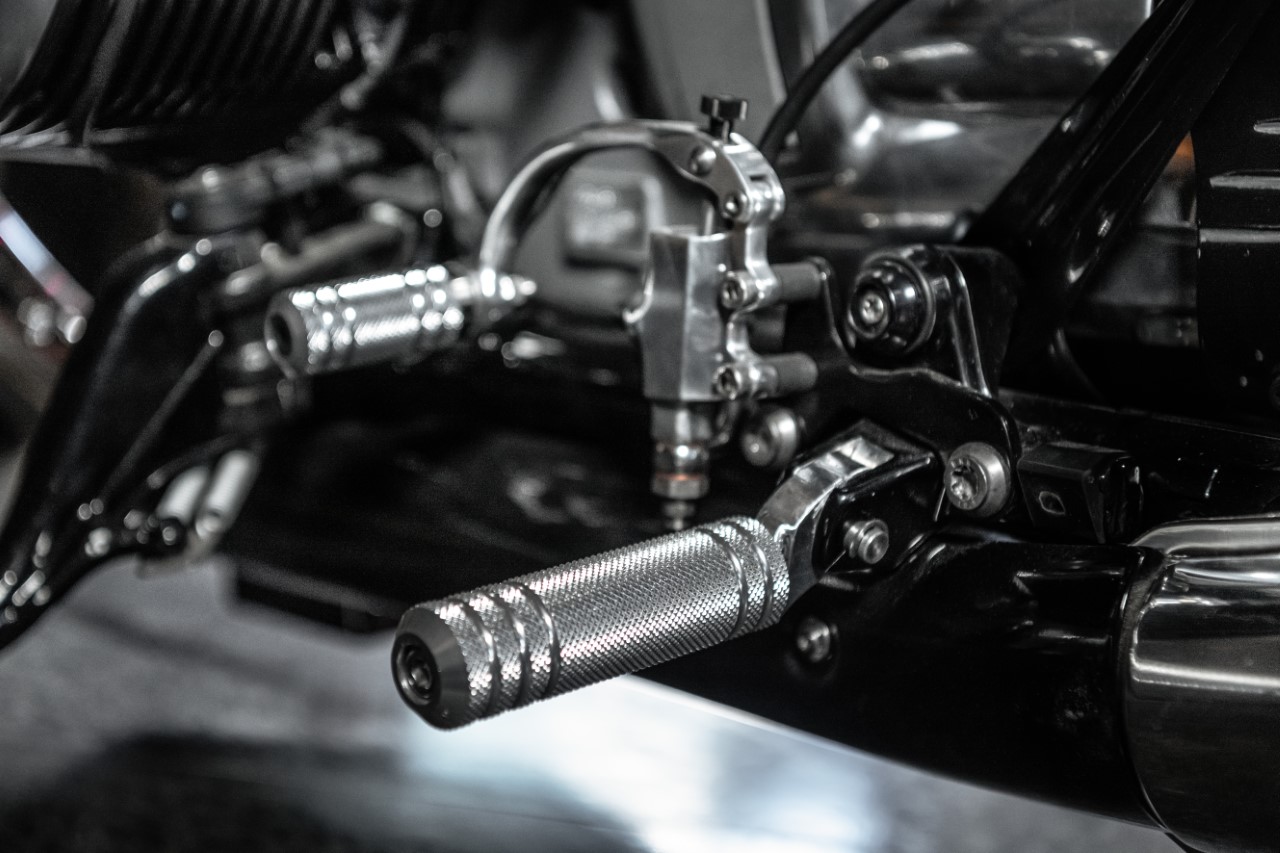 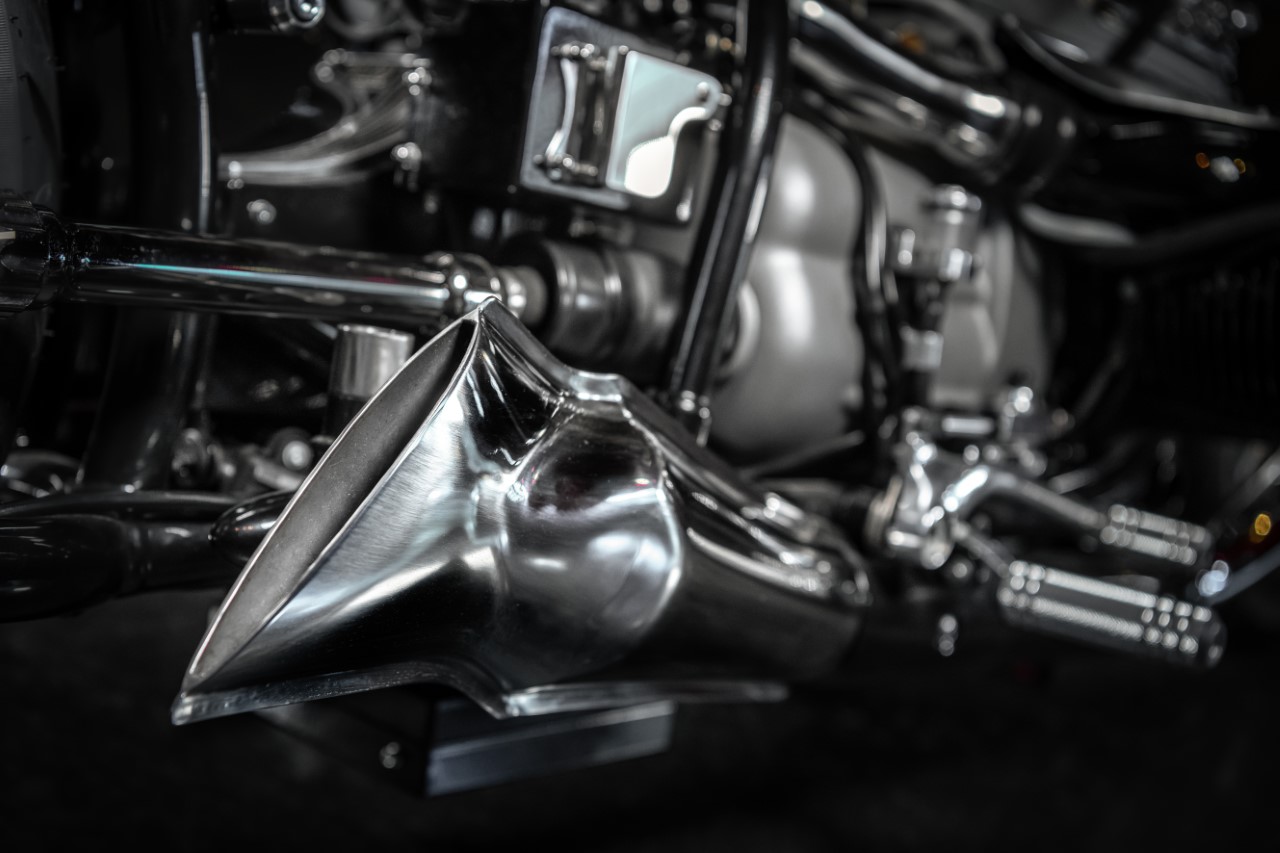 When you think of BMW’s signature cars, most people immediately conjure up images of high-performance ‘M Division’ stars like the stonking M3 and M5. Now…

Smooth… giant… elegant… aggressive… those 4 words were the inspiration behind Shahin Aliyev’s personal vision for a future cargo carrier. Called the CASPI Truck, this…

Mobility devices, designed to deliver independence to the differently-abled, often intrigue me. Whether directly or indirectly targeted at this population, these click with me and…