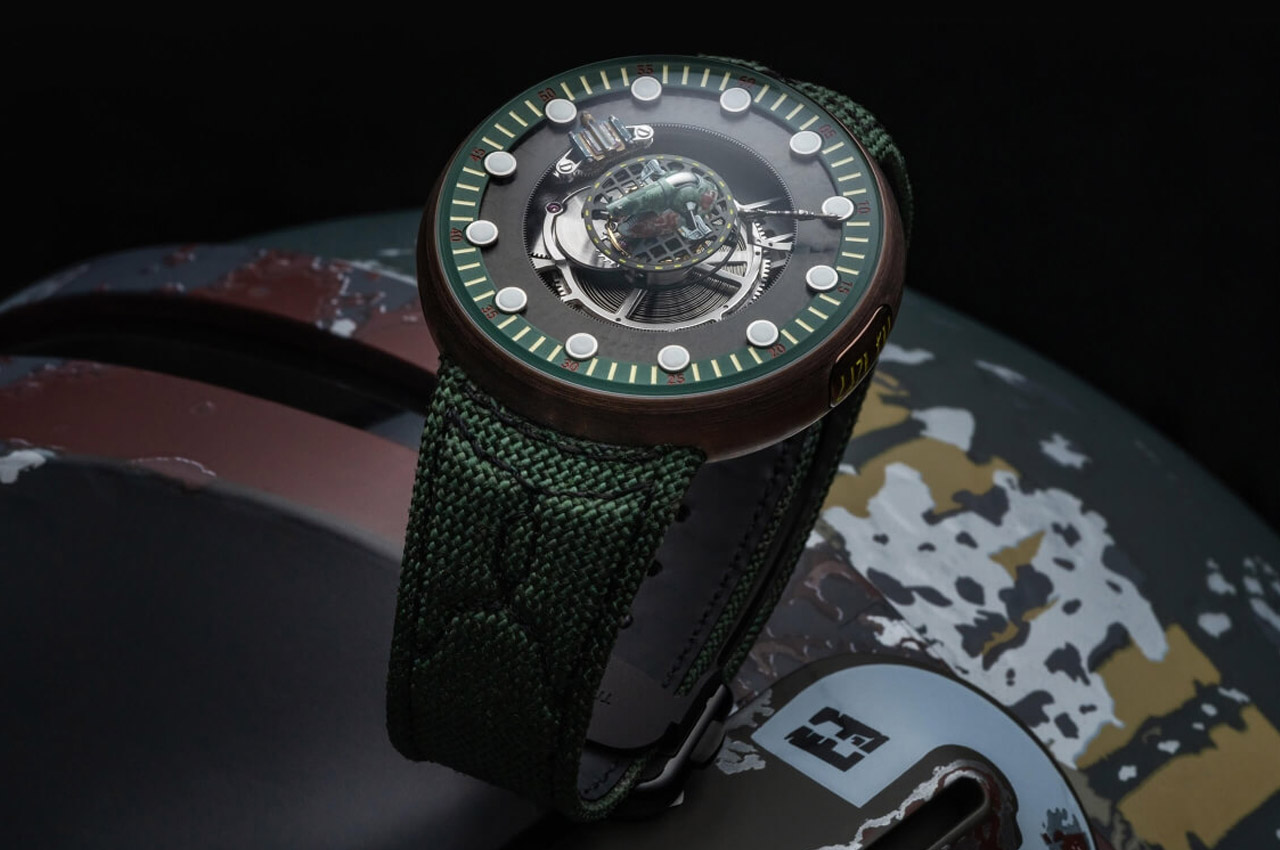 Boba Fett is one of the most feared bounty hunters in the galaxy following in the footsteps of his father Jango Fett. In the three Star Wars trilogy movies, the bounty hunter became the pop culture icon even though he just timed six and a half minutes in total screentime. Part of it is attributed to his grungy green-colored Mandalorian armor, jetpack and blaster. The rest, of course, was his enigmatic domineer. That’s enough to send any young Star Wars fan into sweet submission!

Acknowledging the success of The Book of Boba Fett, Swiss watchmaker Kross Studio has created an intricately appealing tourbillon watch. Paying homage to the original Mandalorian bounty hunter, this timepiece continues its affinity for niche watches. Created in collaboration with Lucasfilm, the Swiss design studio’s ultra-limited-edition watch is unique in its own rights. The 45mm titanium case of Boba Fett Tourbillon Watch (yes that’s what it’s called) has a striking central tourbillon with a watch display by EFX that takes the shape of the Boba’s iconic Slave I starship in exactly the same proportions as the filming model. 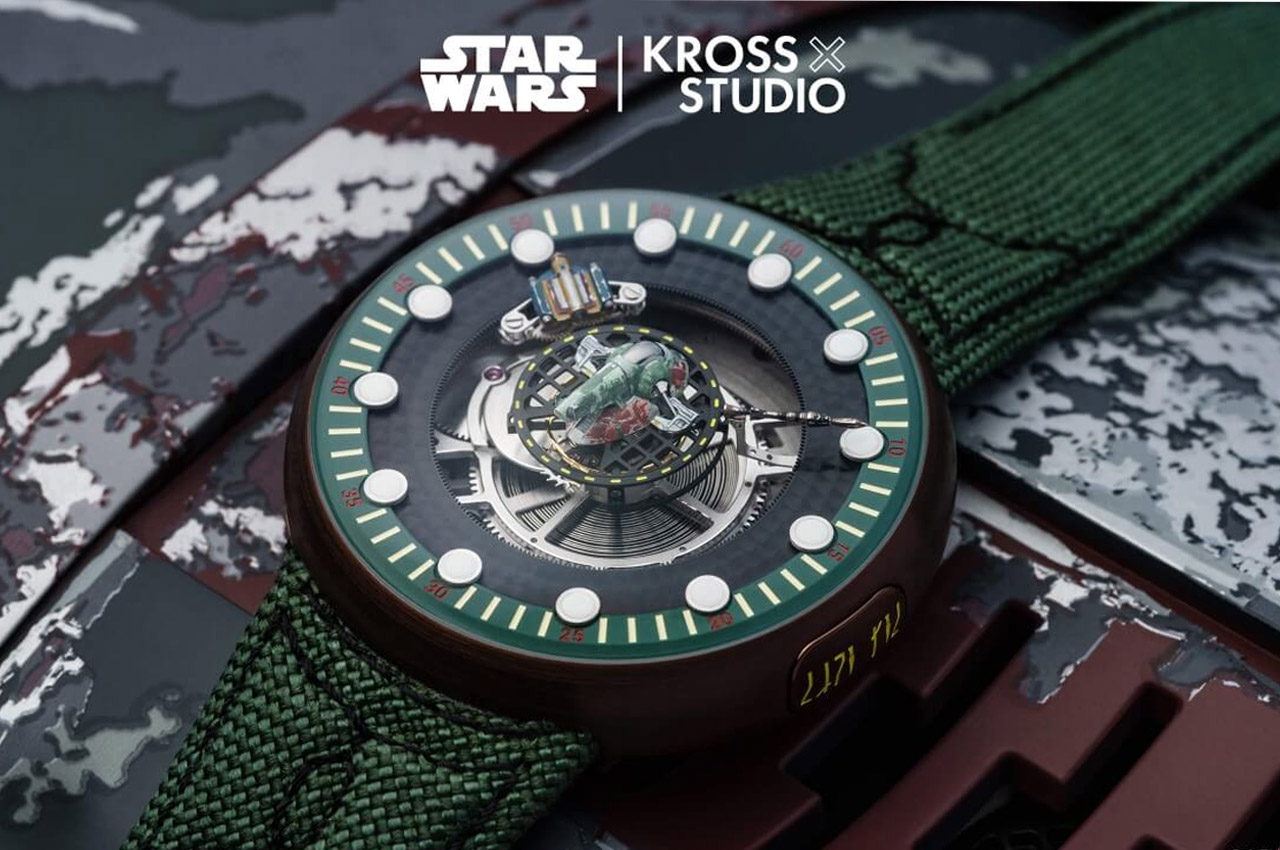 There’s the familiar rust red and military green livery of the miniature spaceship on the tourbillon’s cage with the extremely detailed hand-painted look. The detailed movement of the timepiece coming in grade 5 titanium case, honed by the 220 parts, puts it in the rare club of Haute horological chops. Each of the ten pieces (yes, it’s that rare) took almost 90 hours to put together which in itself makes this a rare collectible item. 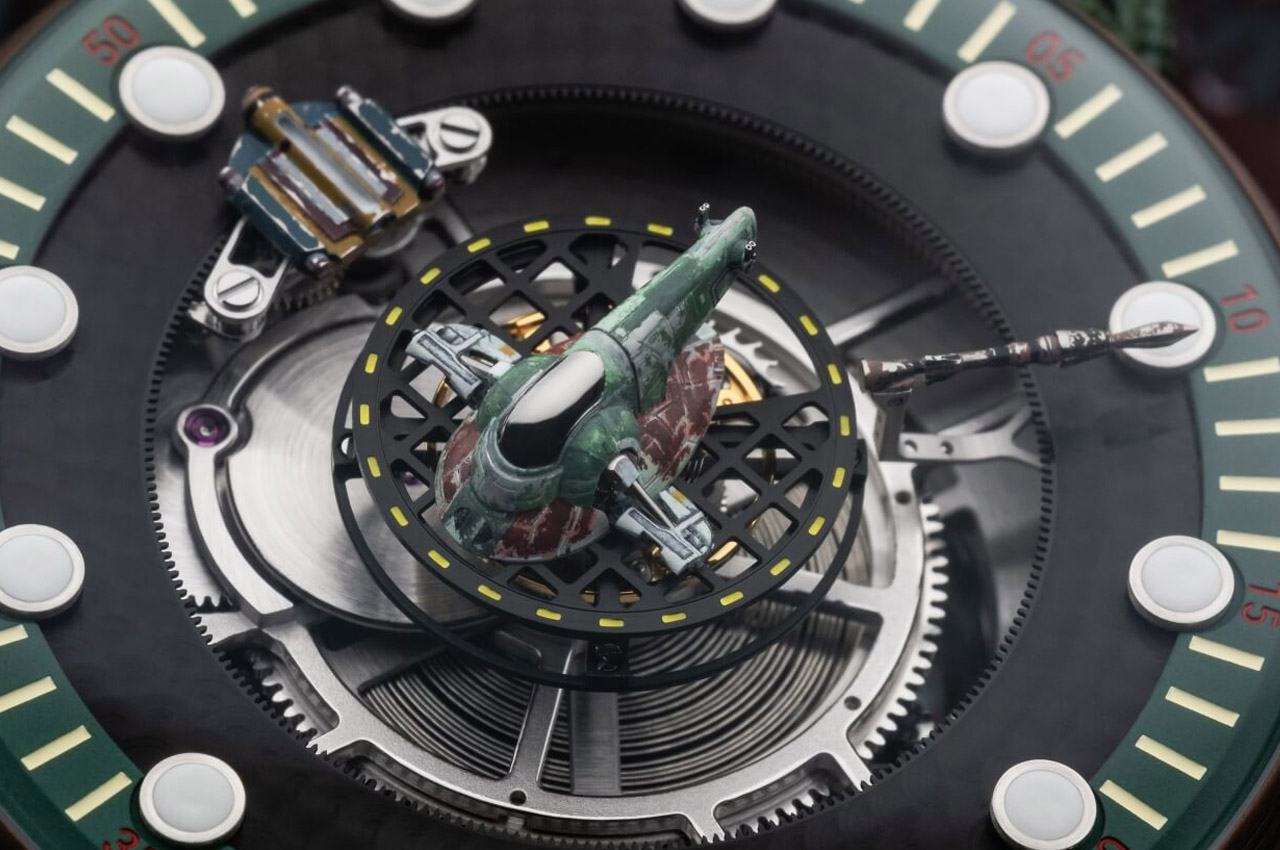 The unique peripheral format on this one employs the planetary gear system orbiting 360 degrees around the tourbillon. That hour hand is inspired by Boba Fett’s jetpack and the minute one reminds fans of the rocket. The Boba Fett Tourbillon Watch comes with interchangeable straps which can be either a chocolate color calf leather strap or the black rubber strap material. 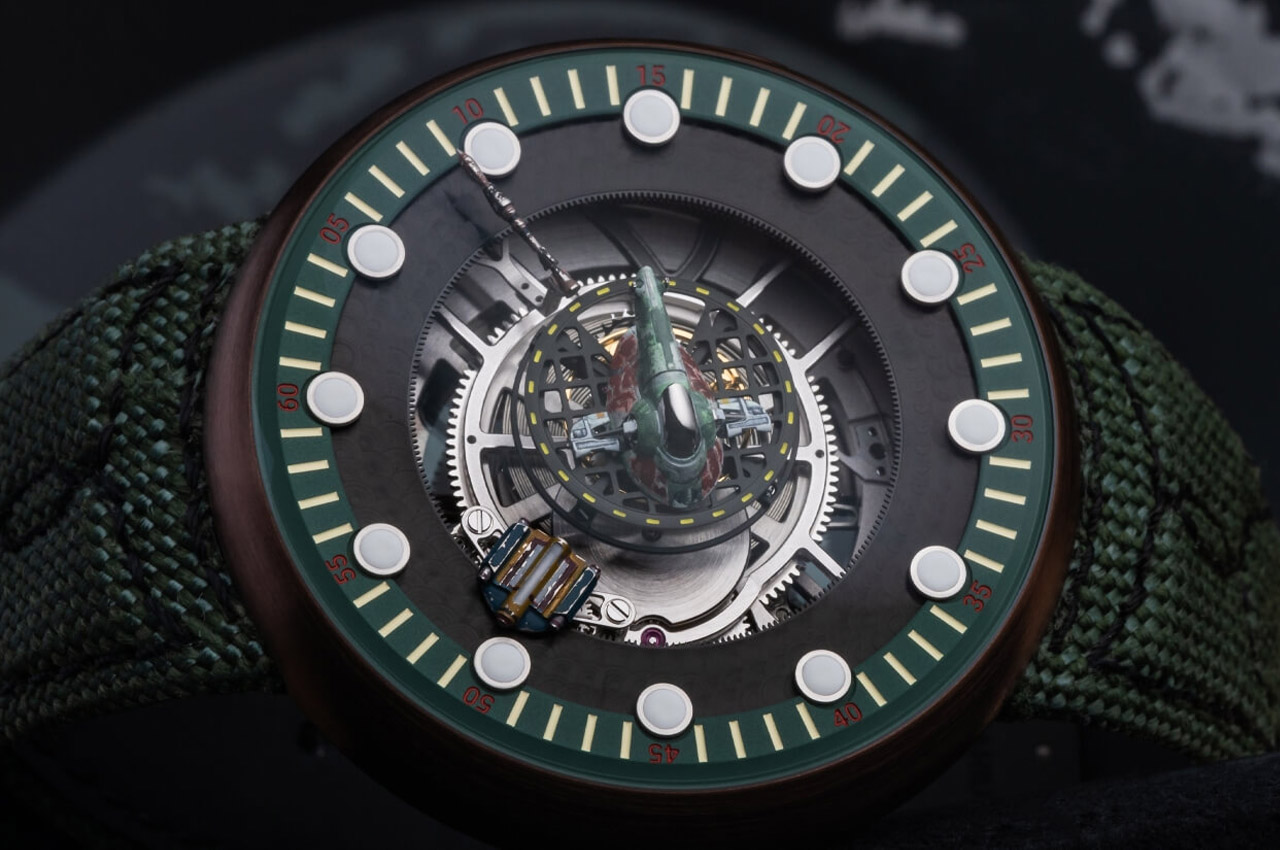 Each one of the 10-piece series of Boba Fett Collector Sets will come with a numbered manual wound timepiece and Boba Fett Starship-inspired watch display. The collectors set will be available for sale at Koss Studio’s official partners and select authorized retailers for a mind-numbing price tag of $120,000. 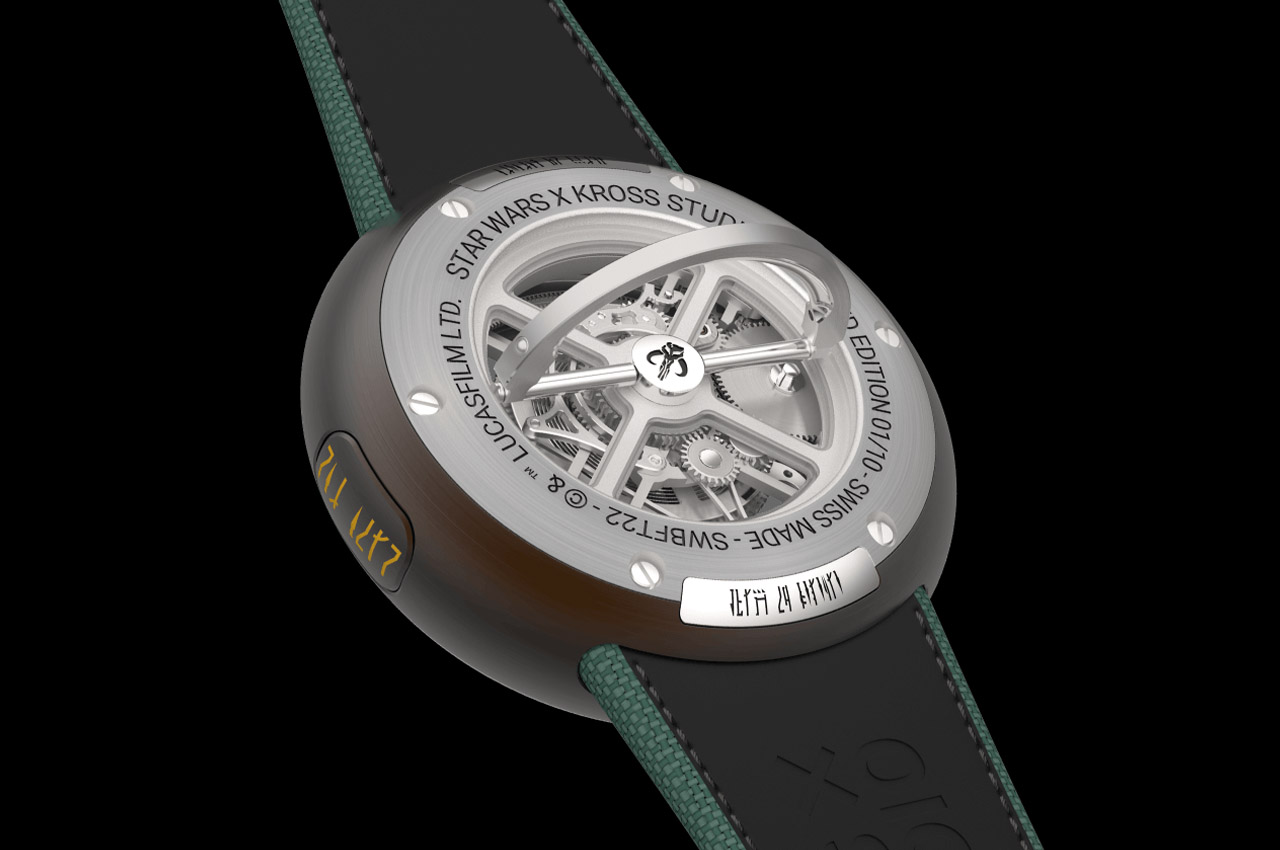 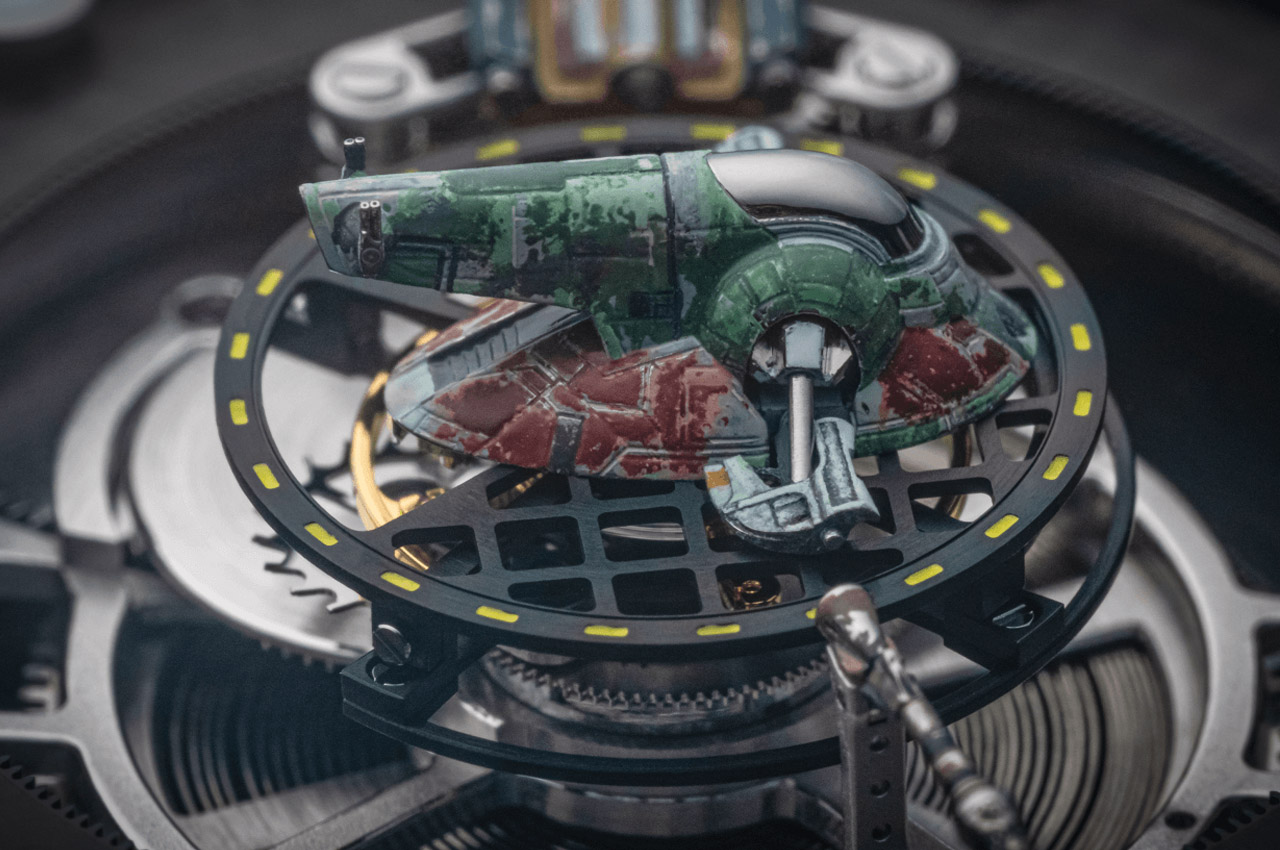 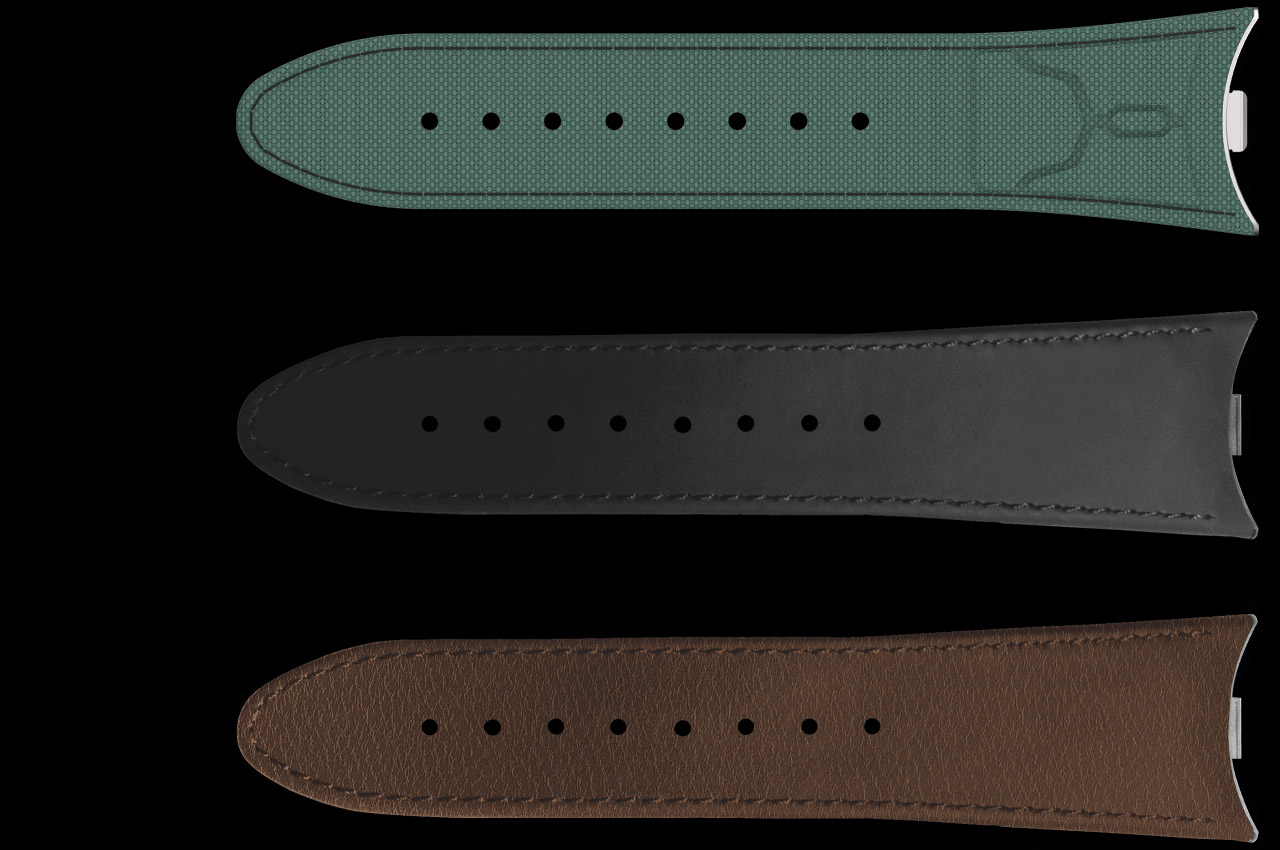 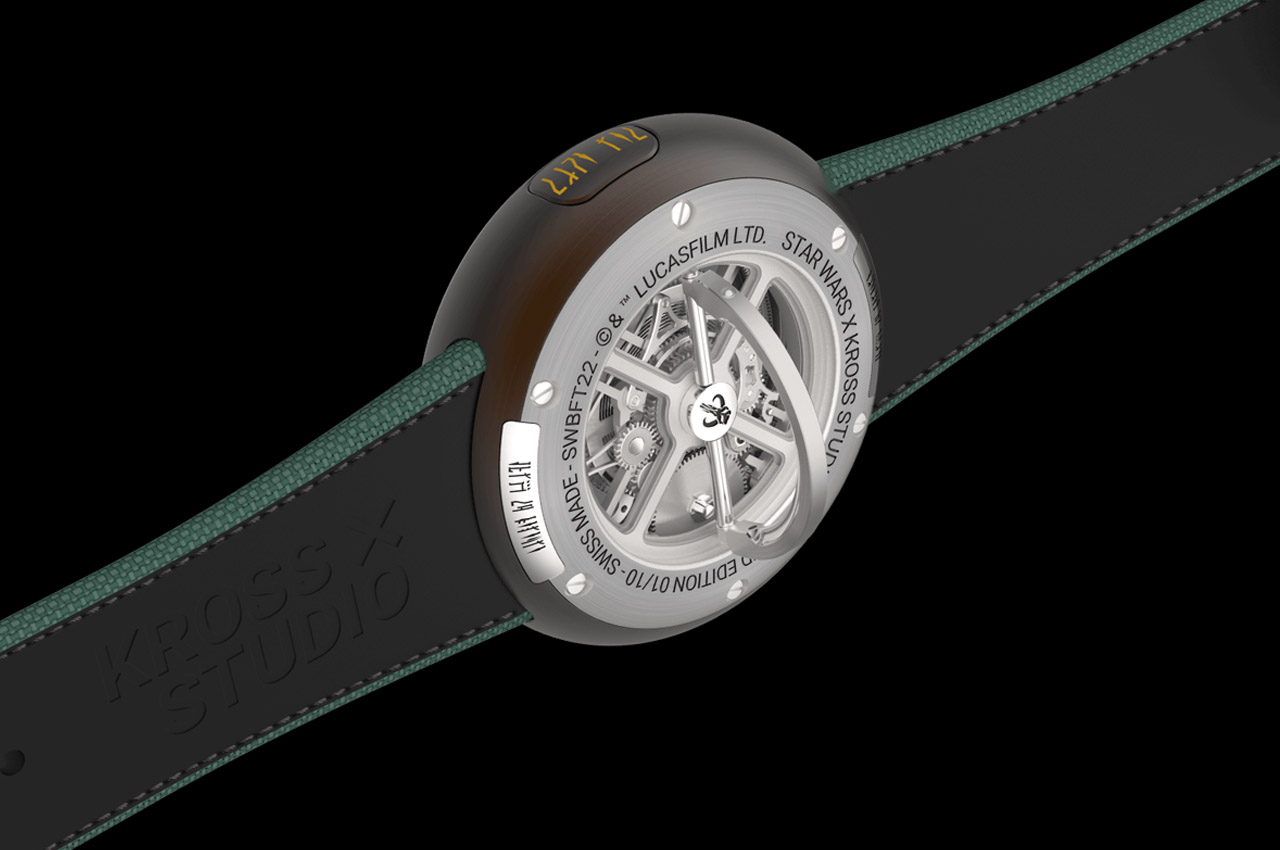 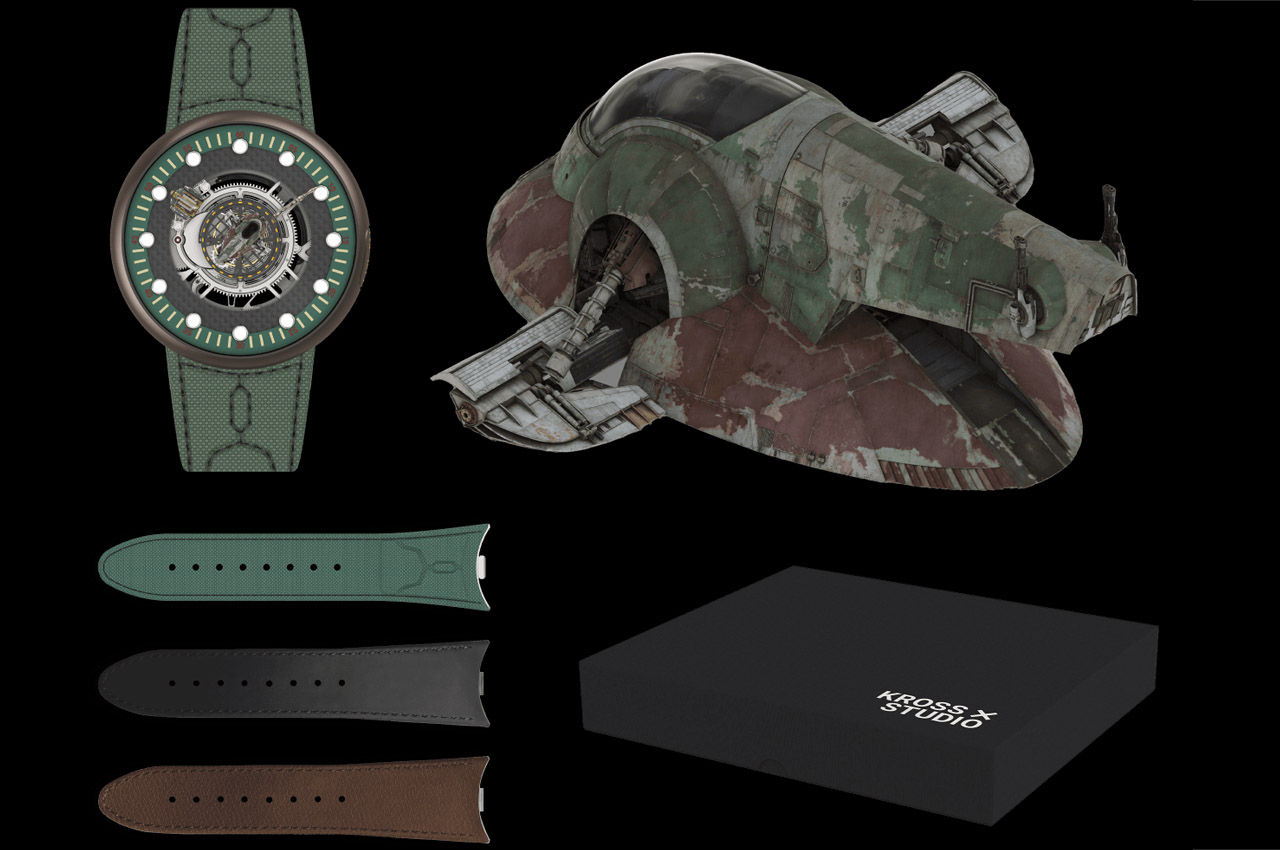 The Value of Pee

GP Toilet is a pathology-enabled toilet system that analyzes your urine and gives you a detailed diagnostic report on it. It works pretty simple, when…

A part of a 4 piece series of modern office objects, PEGS are a minimalist approach to organizing your desktop. The design contains rare earth…