When Google debuted the Glass in 2013 (yeah, nearly a DECADE ago), it had a signature Google flaw – it lacked purpose. Now, with their newly unveiled demo at I/O 2022, Google seems to have finally found a purpose for their AR glasses. Hint, it ties in with the general theme of Google I/O 2022 – to help people.

I remember when Apple was still working on the Watch. There was this consensus that the company was looking to make a watch that was ‘wearable fashion’. Apple even recruited iconic designer Marc Newson and the ex-CEO of Yves Saint Laurent to help design the Watch. A few years later, the Watch isn’t perceived as a fashion-forward wearable – not even by Apple. Instead, somewhere down the road, Apple realized the TRUE purpose of the Watch, to be a health wearable. That moment of clarity seems to have come to Google too, although 9 years later – as they finally realized that strapping an Android device to your eye isn’t an AR headset. Instead, Google’s new augmented reality prototype hopes to allow people to make sense of the world. 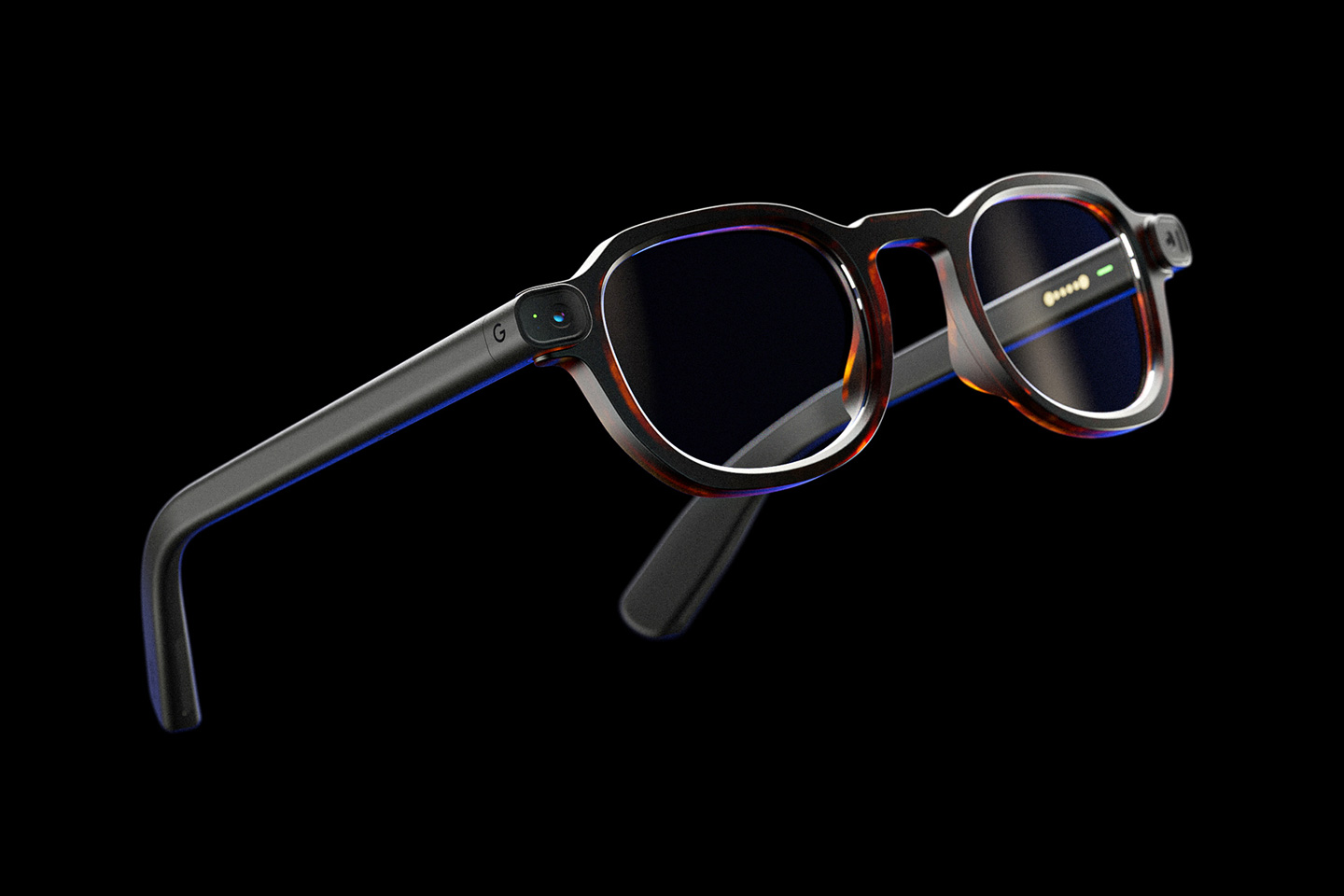 After announcing a whole new catalog of products, including the Pixel 6A, Pixel 7 and 7 Pro, Poxel Buds Pro, Pixel Tablet, and Pixel Watch, Google gave us a taste of an AR Glasses prototype they’ve been working on (labeled Proto 29) that combines natural language processing and transcription to provide subtitles to the real world. Wear the glasses and, in theory, you can understand any language. The glasses pick up audio and visual cues, translating them into text that gets displayed on your lens, right in your line of vision. These virtual subtitles overlay on your vision of the world, providing a contextual, USEFUL augmented reality experience that’s leaps and bounds ahead of what the Google Glass was designed to do in 2013. 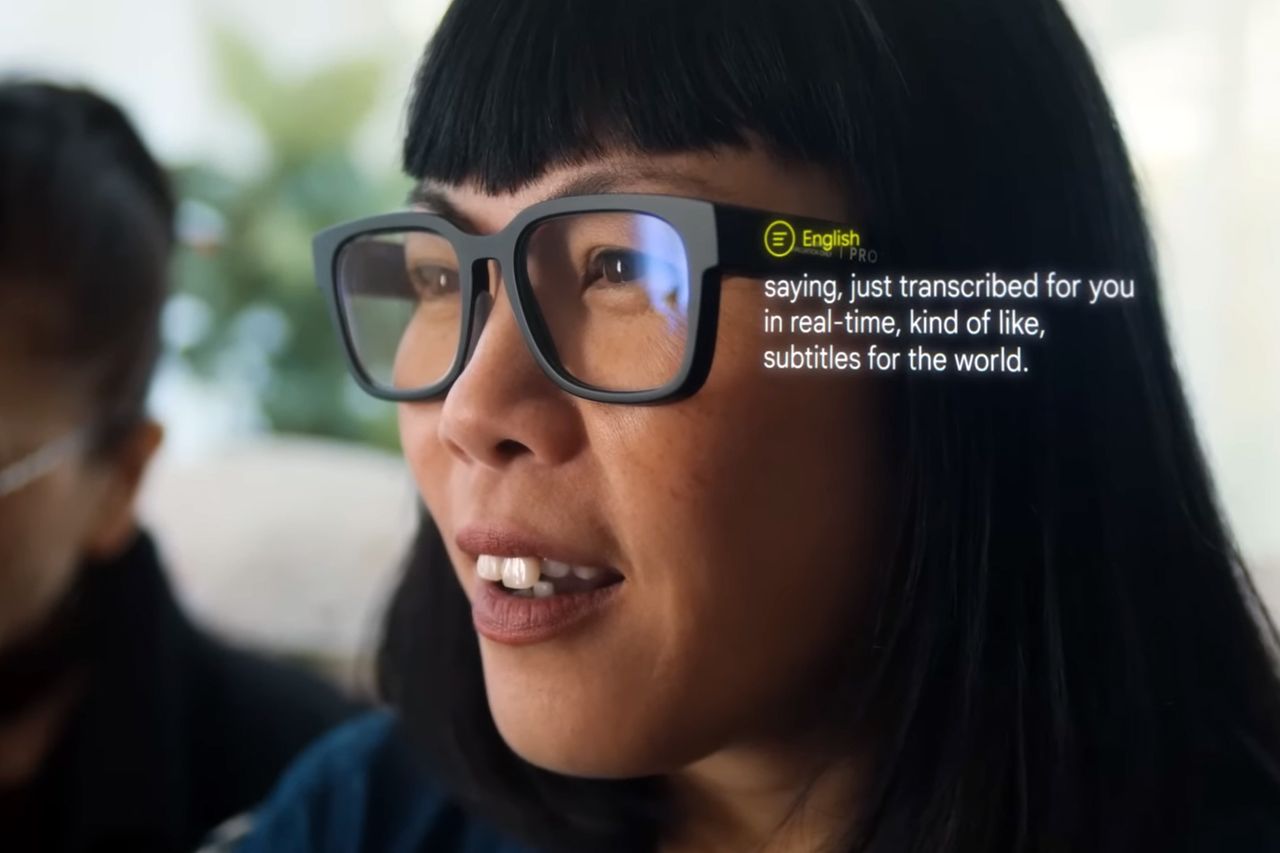 It seems like Google’s making a habit of lifting the veil on their ‘under-wraps’ projects and showing them to the world as a flex of their tech capabilities. Last year, Google gave us a taste of Starline, a holographic chat portal that made virtual conversations feel like people in the same room, talking to one another. Starline’s purpose was to blur the boundaries in a virtual conversation, and in a lot of ways, Google’s new glasses do that for a physical conversation, transcending languages and even disabilities, given that the glasses go a great deal in helping the deaf and people with reduced hearing to understand the world around them. 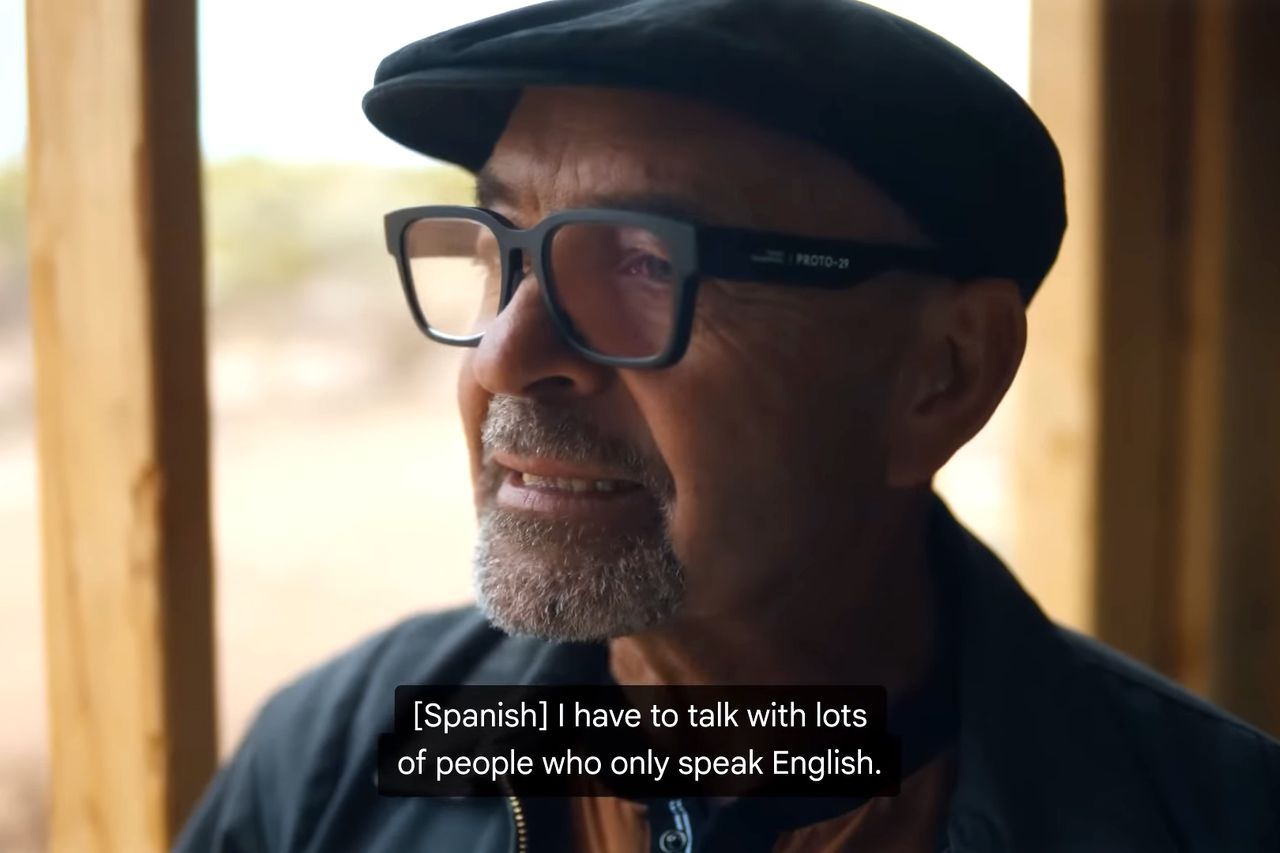 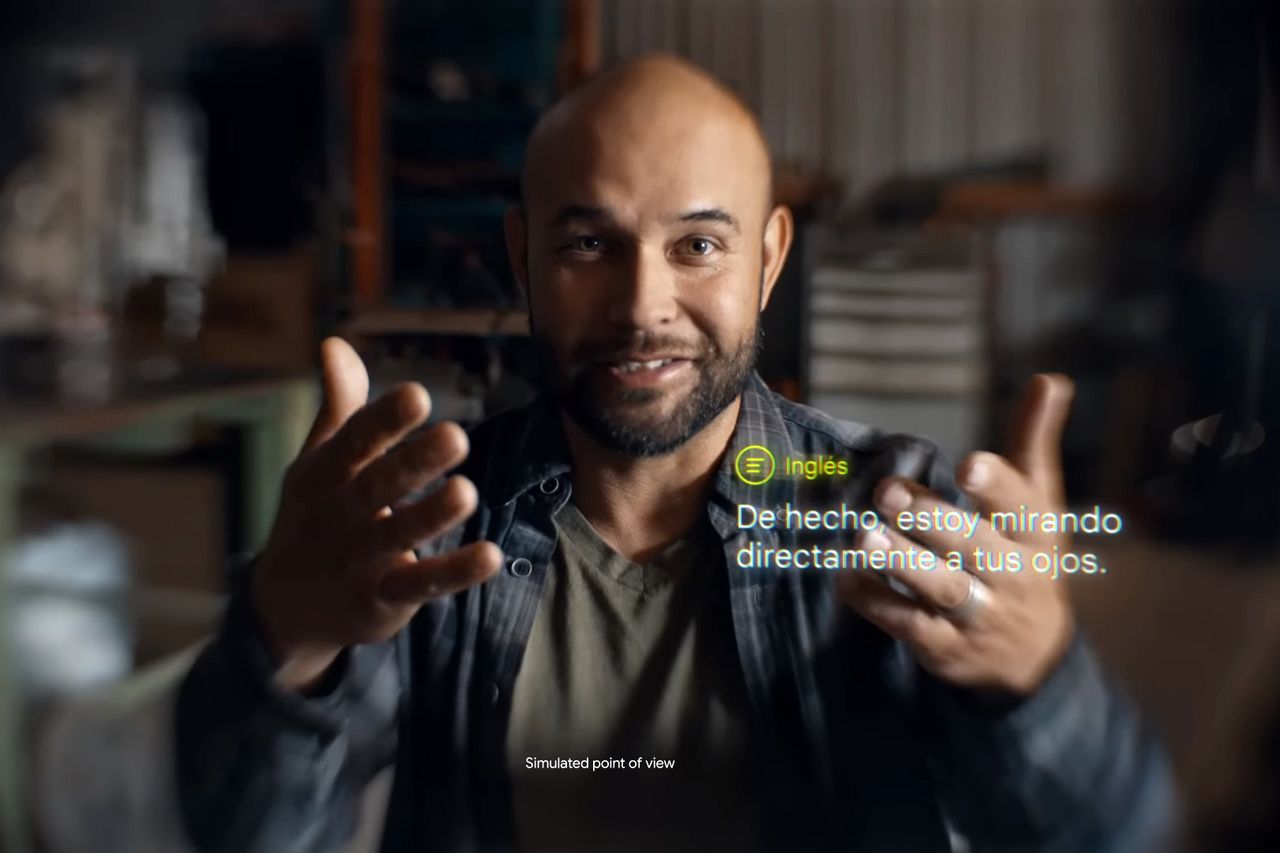 All that’s nice, but what’s really remarkable is the new Google Glass (or the Proto 29) design. Unlike the 2013 glass, which was as bad as having the word NERD tattooed on your face, these new glasses look remarkably stylish, and there’s absolutely no hint of tech visible even when you take a closer look. Unlike Facebook and RayBan’s Stories, or Snap’s Spectacles, there’s no camera lens in sight, and aside from the Google branding on the temple stem, you really won’t be able to tell that these are advanced AR glasses.

Then again, that’s probably intentional on Google’s part. Knowing that this product won’t release at least for another 2-3 years, it’s possible that Google created a special demo unit that hid all the electronics. All I’m trying to get at is that there’s a lot to know and learn about these spectacles and their design, and I’m willing to bet good money on the fact that the final product may look nothing like the prototype. That being said, let’s not take away from the fact that what Google demonstrated is BEYOND incredible, blurring the line between innovation and magic… and finally demonstrating a pair of AR glasses WITH PURPOSE! 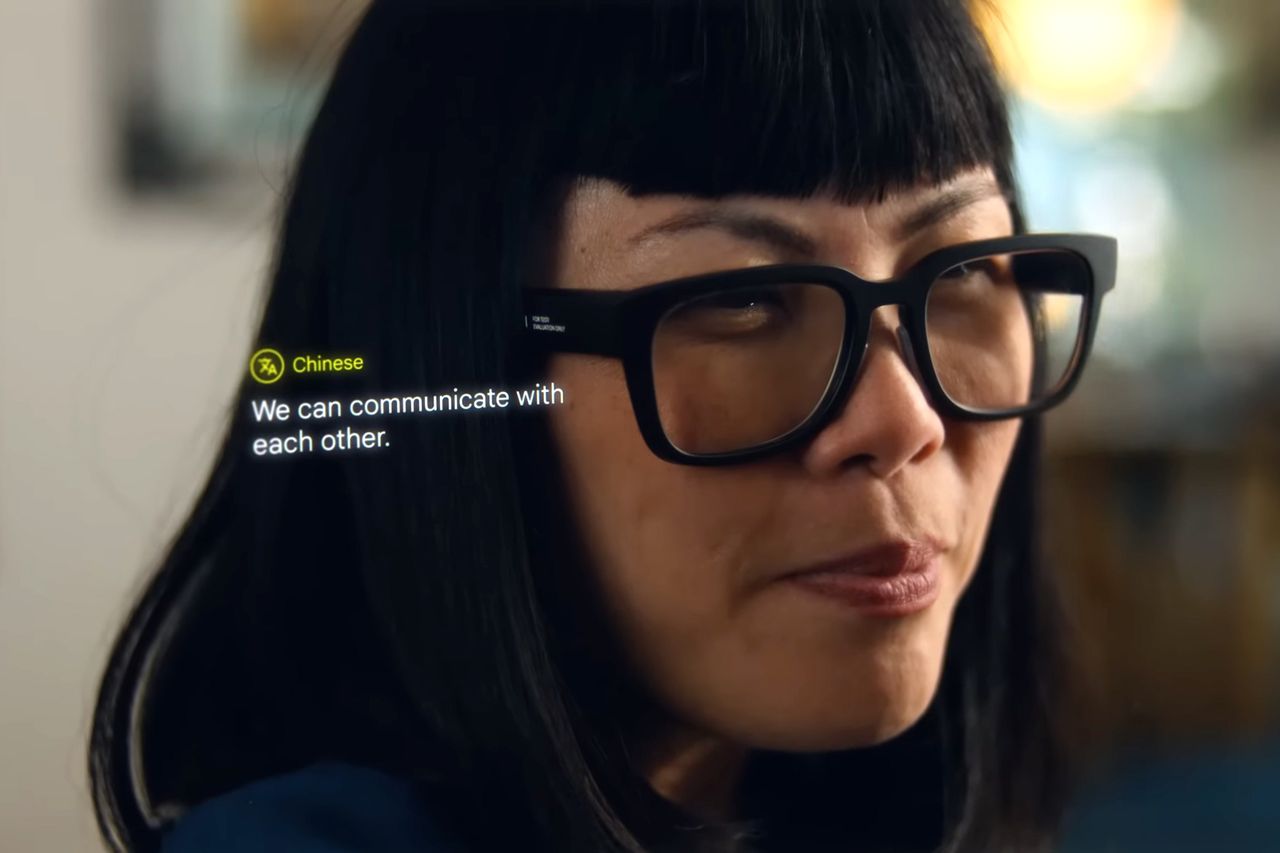 Is Kanye West a Good Designer?

On any random given day, if you walked up to me and asked me if Kanye West was a good designer, my answer would be…

IKEA subtly redesigns its products for each country/culture

With its first Indian store launching only a day ago, IKEA proved that it understands its consumers and environment better than any other company in…

Apple was expected to release information about its mixed reality headset at the recently concluded WWDC 2022. Since the fans were left disappointed, there is…