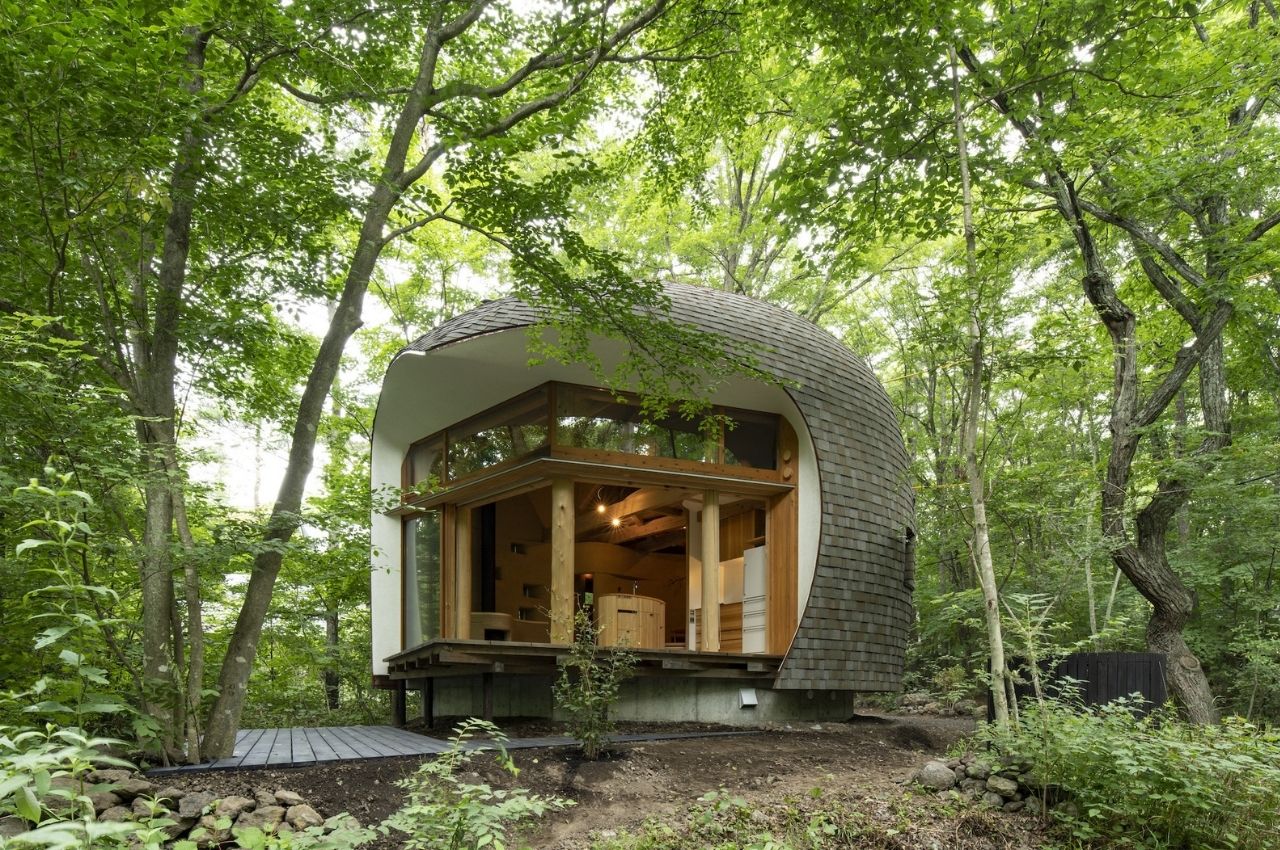 Having a house in the middle of the forest, away from all civilization, seems to be more and more appealing these days. But for a city girl like me, having my creature comforts is still important as I wouldn’t be able to just live in a tent or something similar to that. Good thing there are cabins and houses that are created specifically for those who want to escape living in the city but still want to live in an actual and beautiful house. 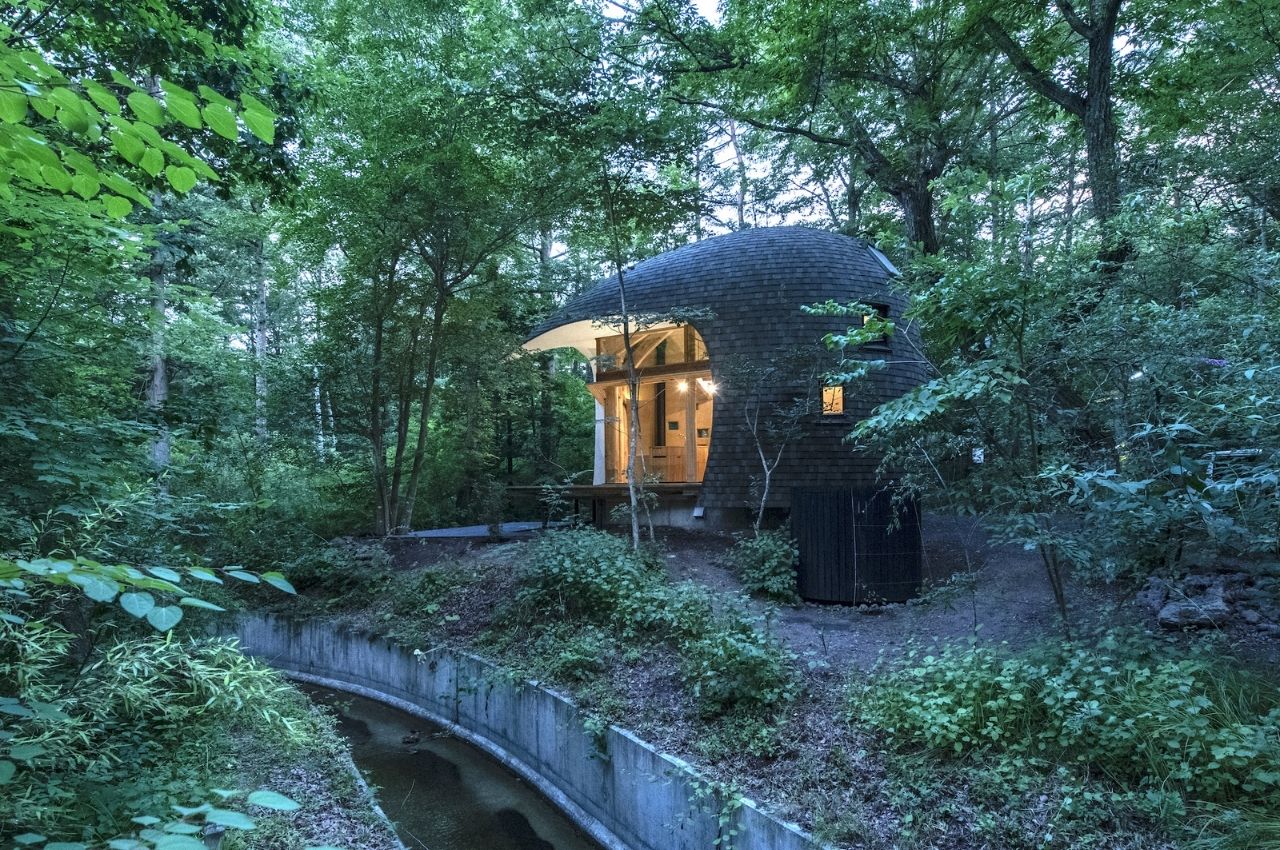 Japanese architect Tono Mirai is known as the pioneer of something called “earth architecture,” and his latest creation, Shell House, is a cabin in the middle of the forest that seems to have sprouted out of the ground. The 625-square-foot cabin is in the forested mountains of Karuizawa, Nagano, with a view of Mount Asana, Honshu’s most active volcano. It is a shell-shaped structure with the west and north elevations closed while the east and south sides are open. The house is elevated four feet above the ground so moisture won’t seep in and over the years, the materials used will develop a rich patina. 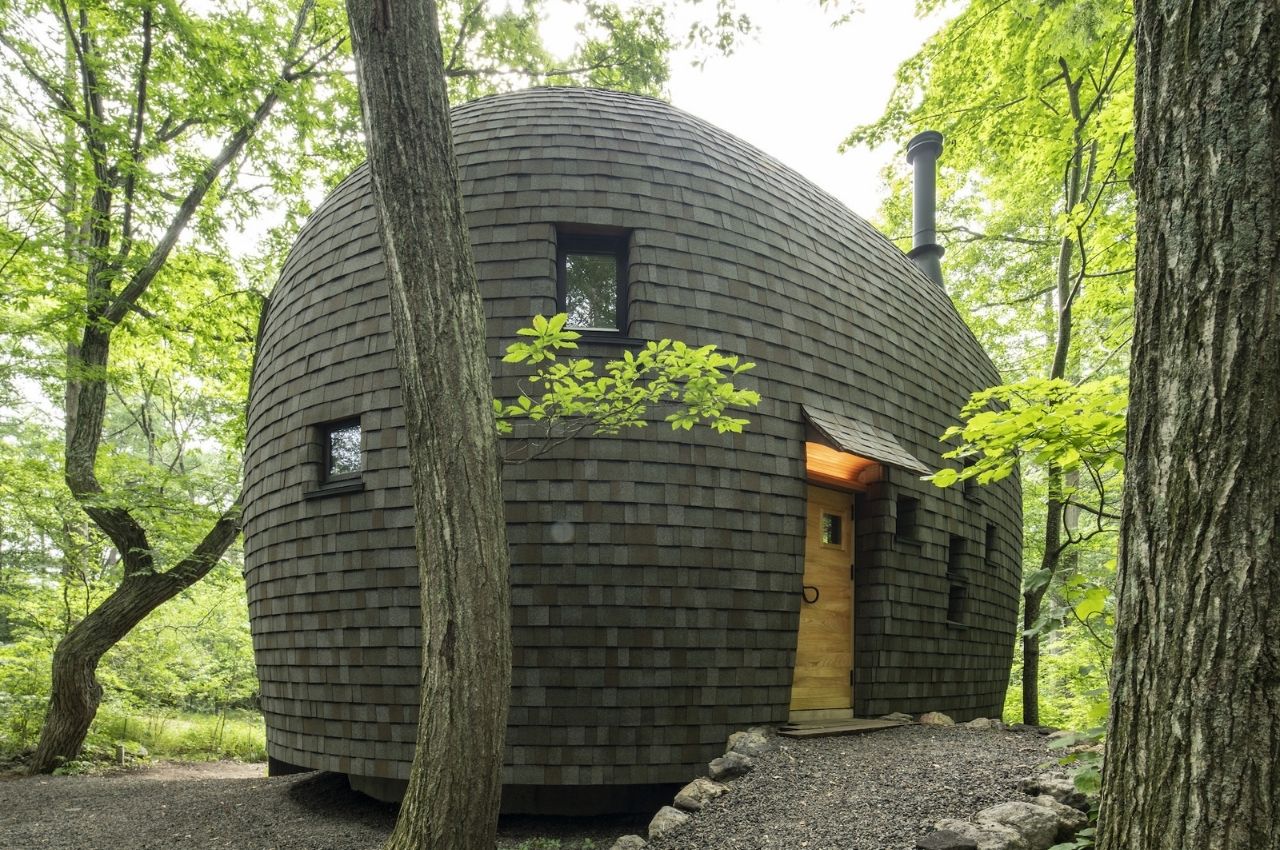 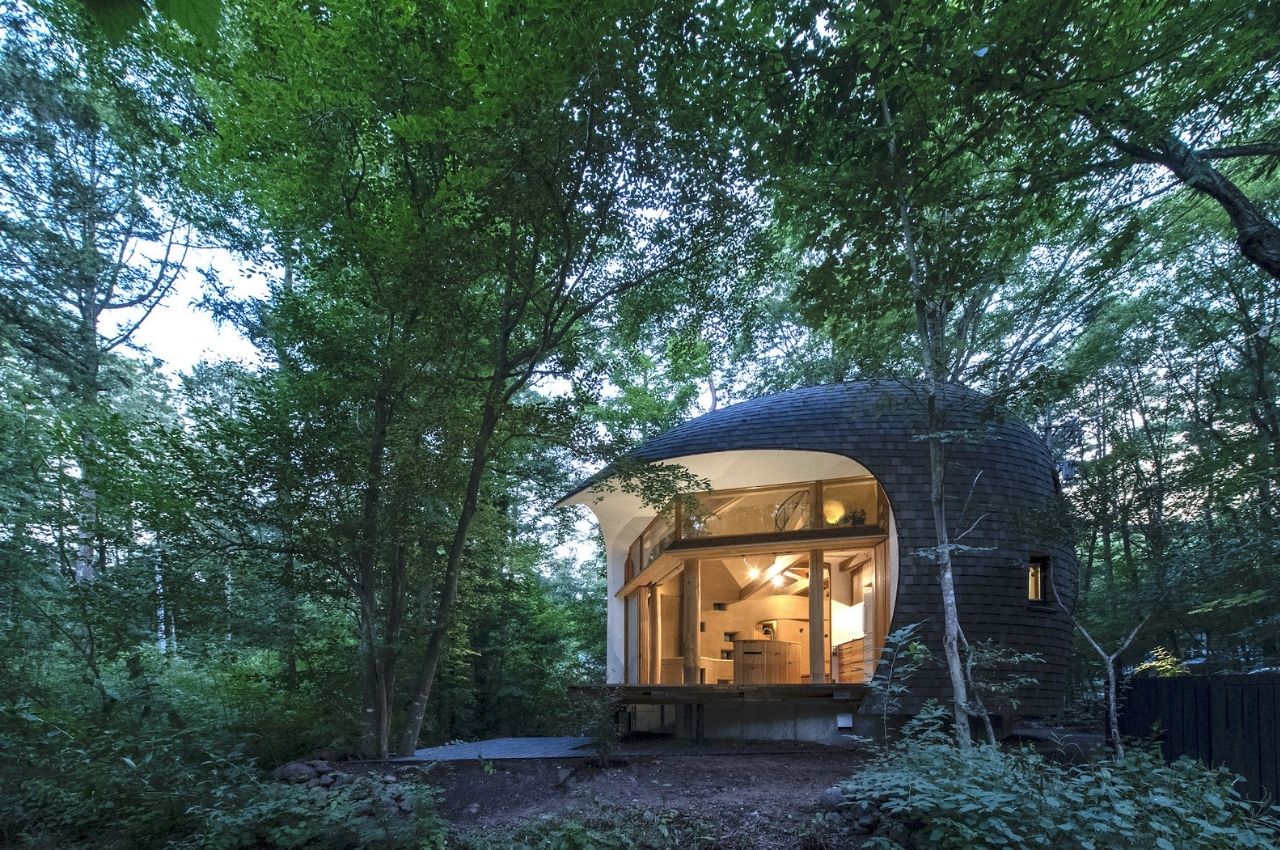 Mirai used timber and earth to create the cabin from within 93 miles, including local timbers like Japanese red pine, cypress, and cedar. He also refused to use laminated wood or plywood and instead used only natural materials to match not just the surroundings but the organic form of the structure itself, which “evokes the life force of nature”. The door is made from timber and is set into the shell, opening up to the ground-floor living space and the timber deck with the sliding door. 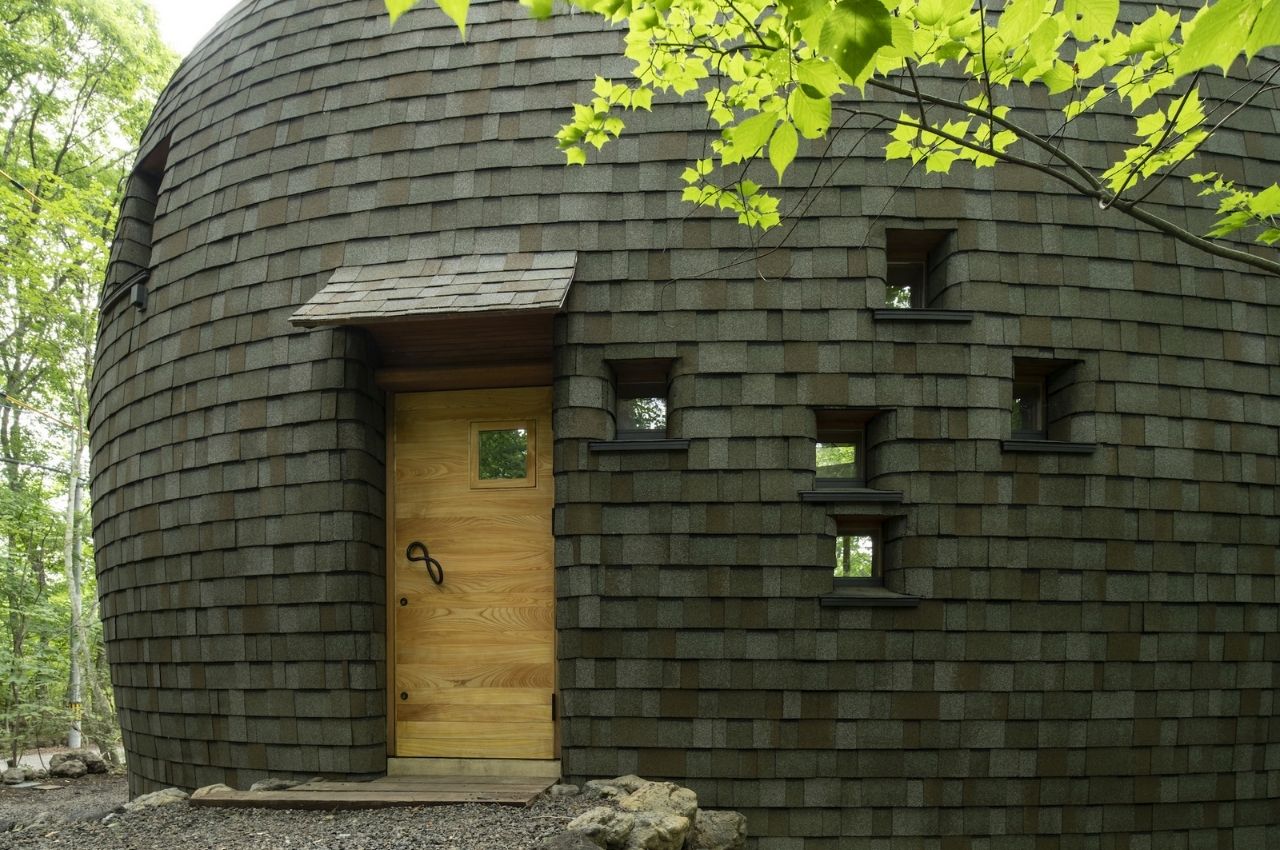 The asymmetric wooden roof structure did not use any nails and used traditional Japanese carpentry technique that uses seven beams to connect to one central round beam. The ground floor has a living and kitchen space that opens up to a timber deck. There is also a raised platform where you can eat, sleep, or just lounge and there is storage underneath for a futon bed. At the back there is a timber door leading to the bathroom and storage space. 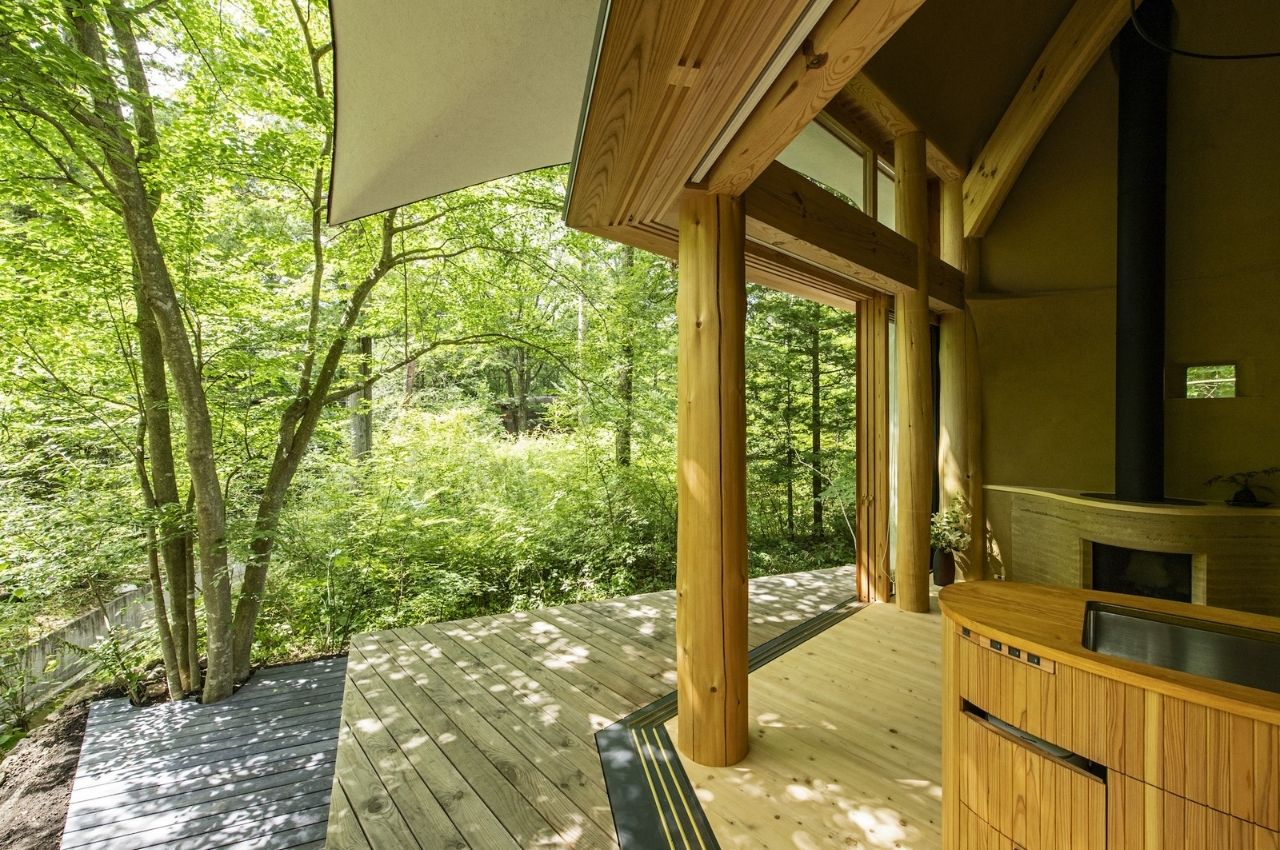 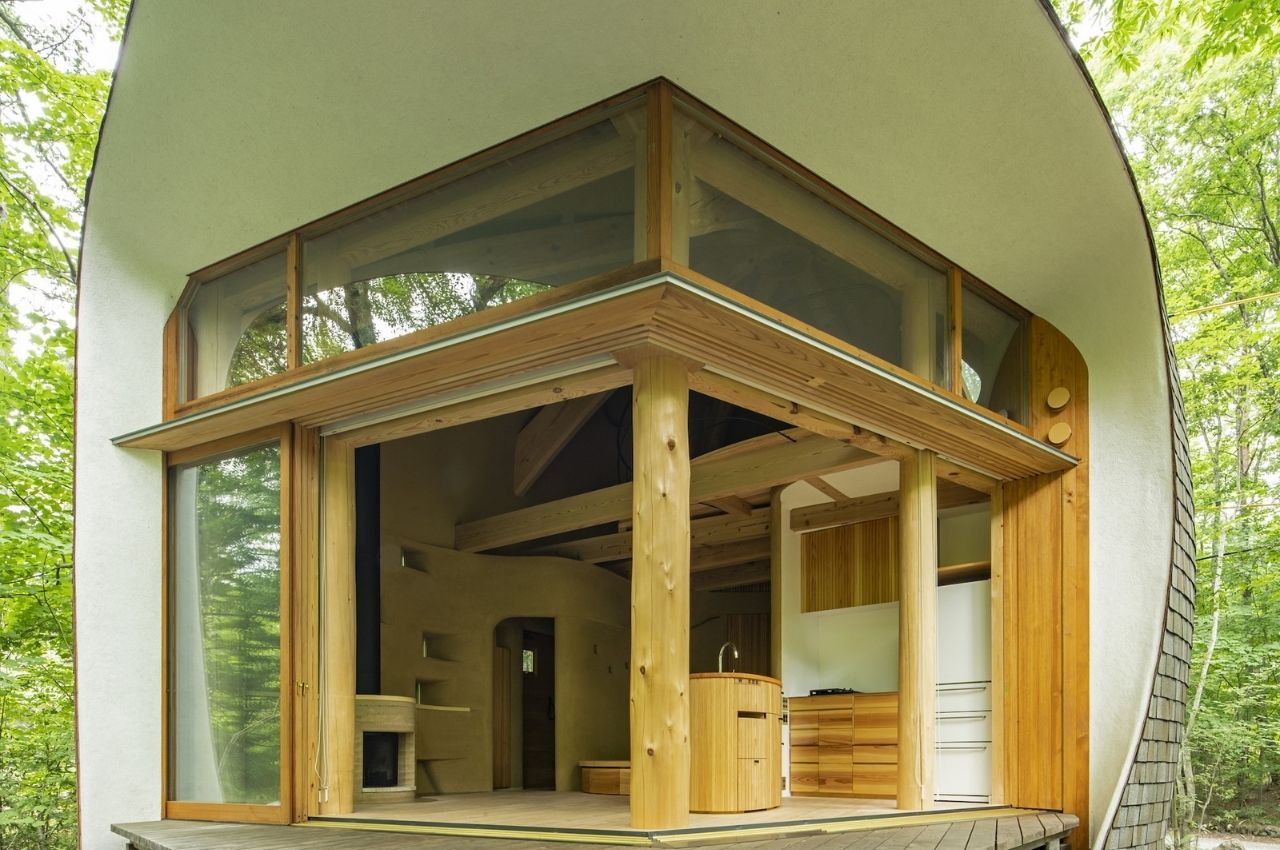 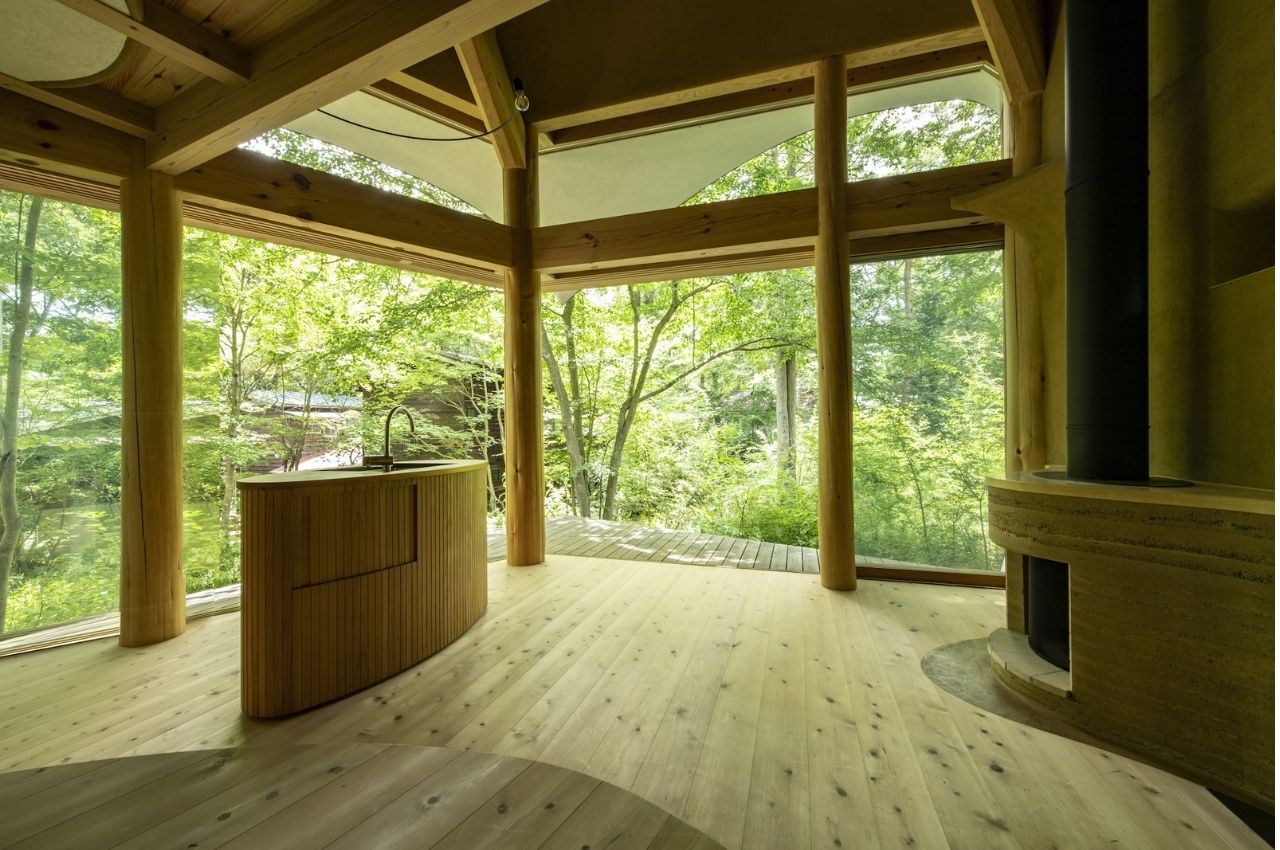 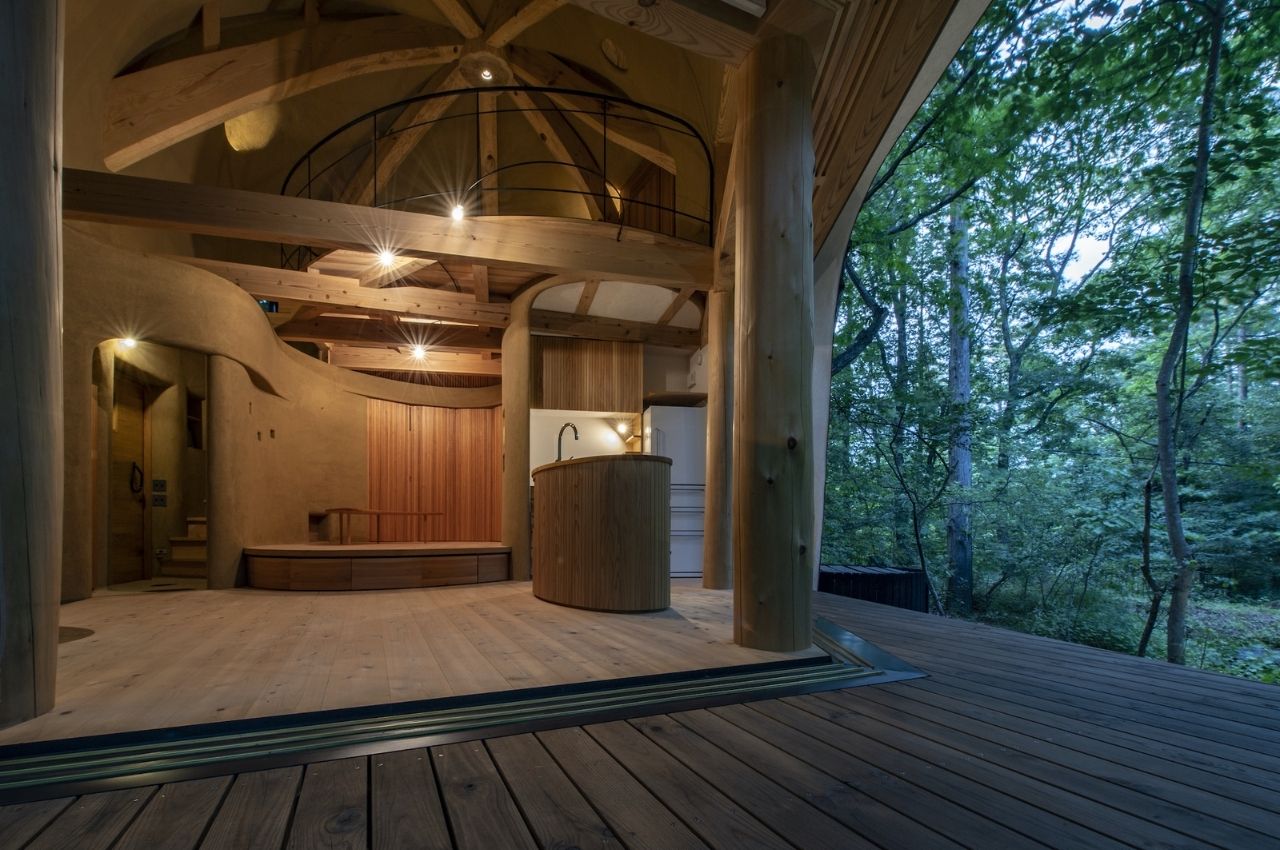 The second floor is a multipurpose living and sleeping space which also includes storage for bedding. The previously discussed roof has curved beams and natural light is able to enter to the room through small apertures integrated. The entire house is able to adjust or respond to weather conditions, whether it’s the humid summers or the freezing winters. I wouldn’t mind living in something like that obviously, although how long I can stay there is another question. 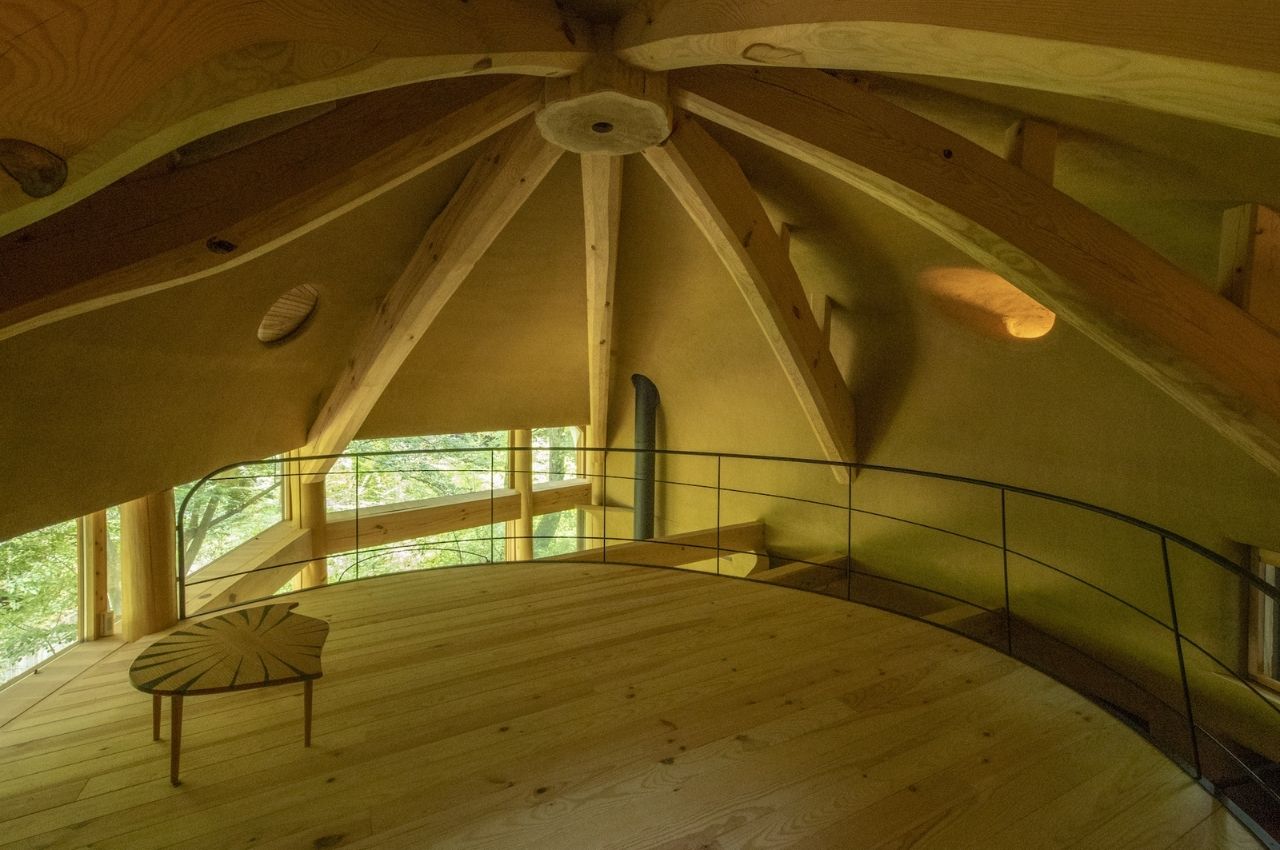 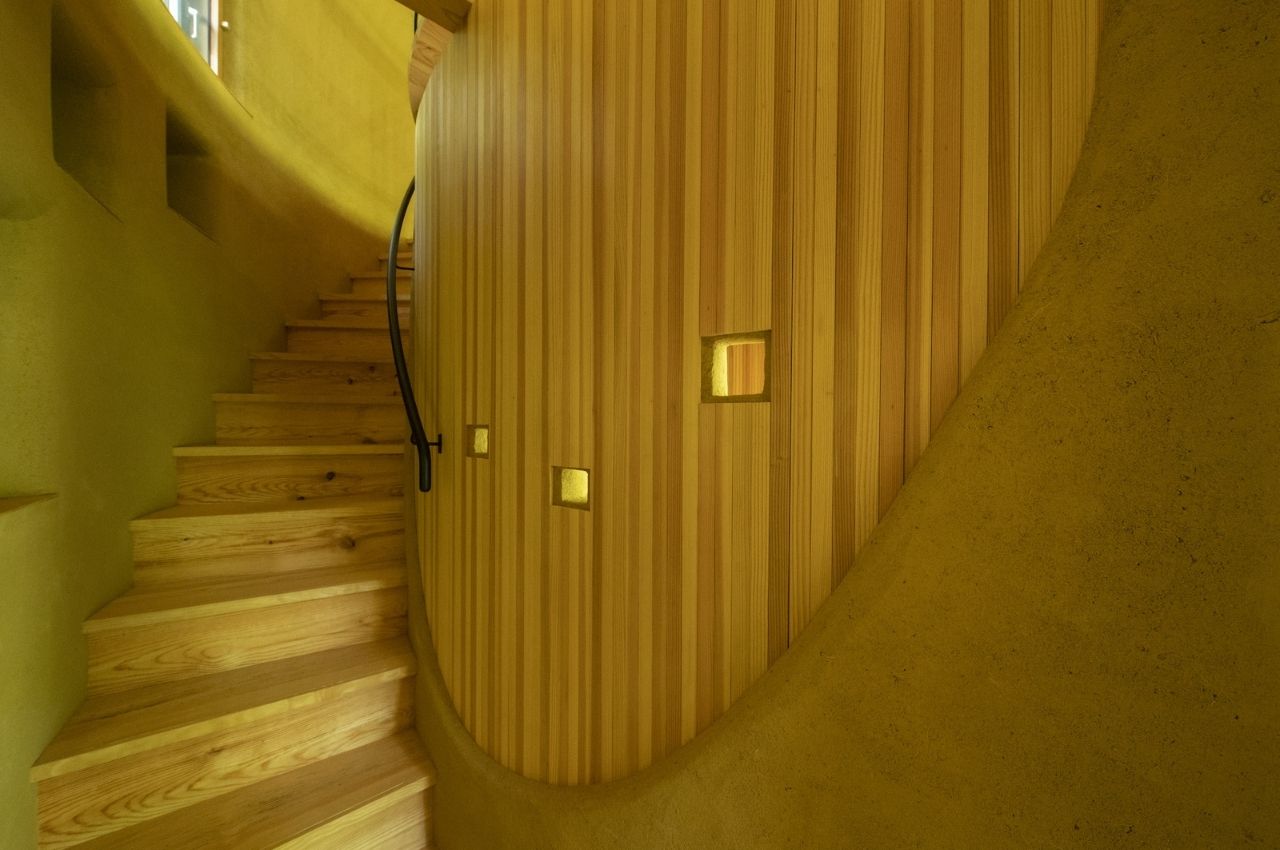 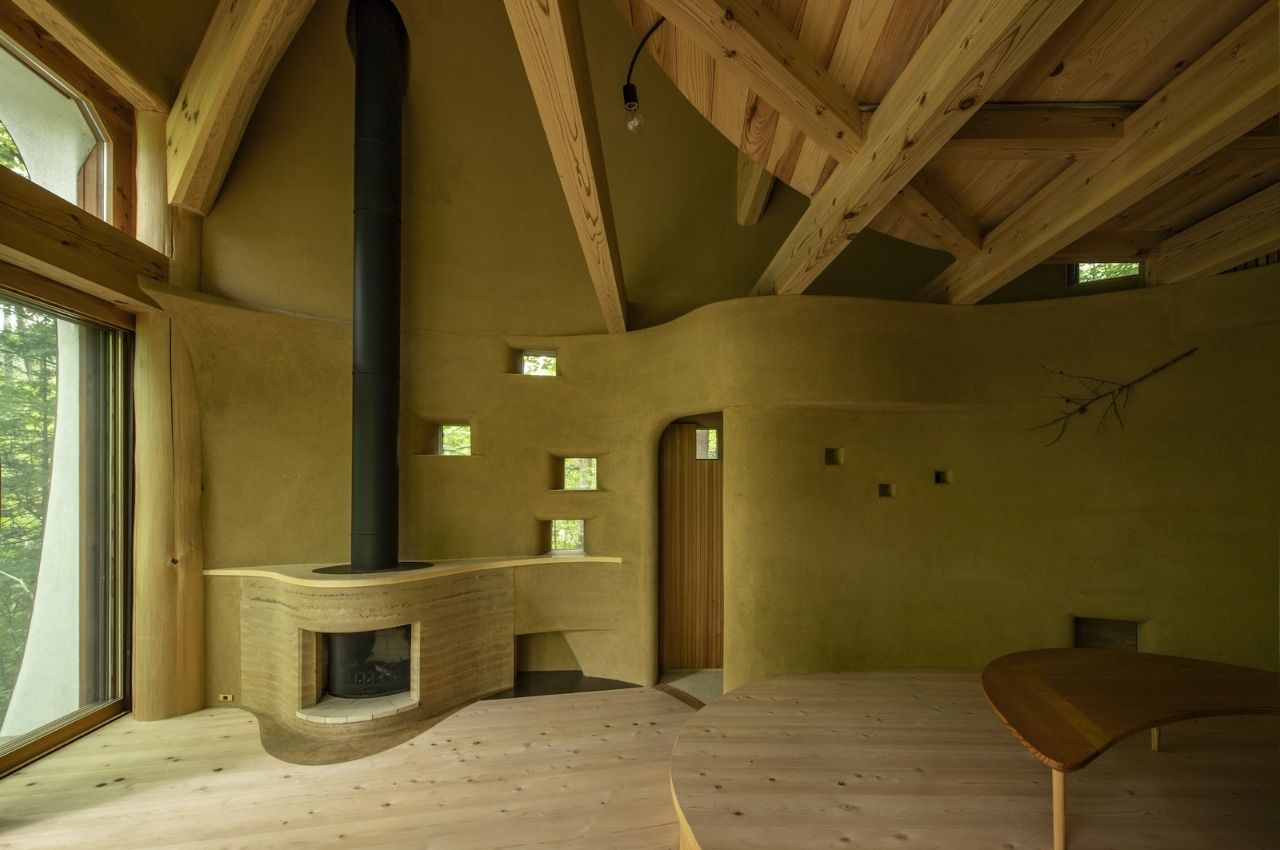 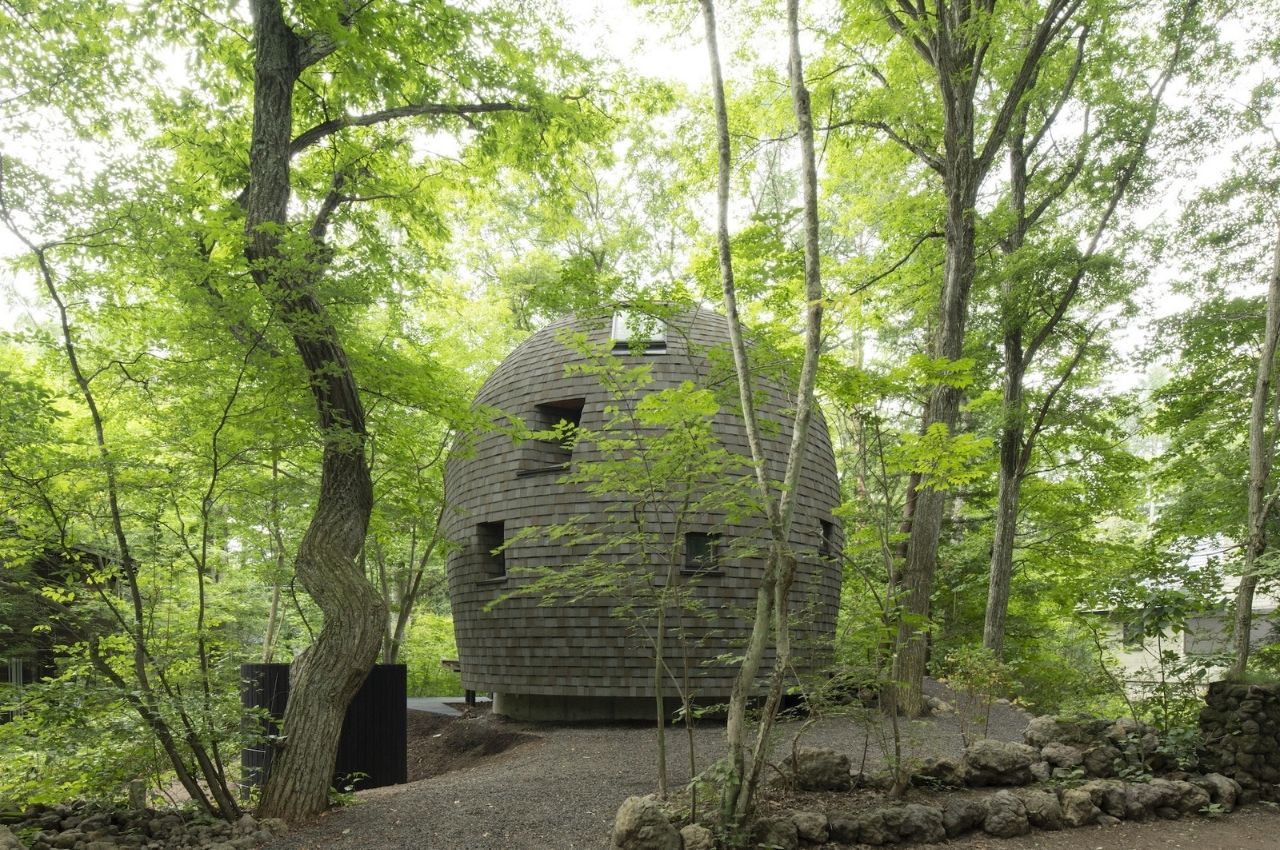 Architectural home designs rarely push the boundaries of actual living: they often boil down to 3 bedrooms and 3.5 baths.  Atelier Tekuto is not only…

This modern cabin in the Iranian mountainside makes for the perfect summer getaway!

On a street in Örebro, Sweden, you’ll find a set of ten solar-powered rowhouses, each placed artfully against the other, creating a quaint L-shaped development…