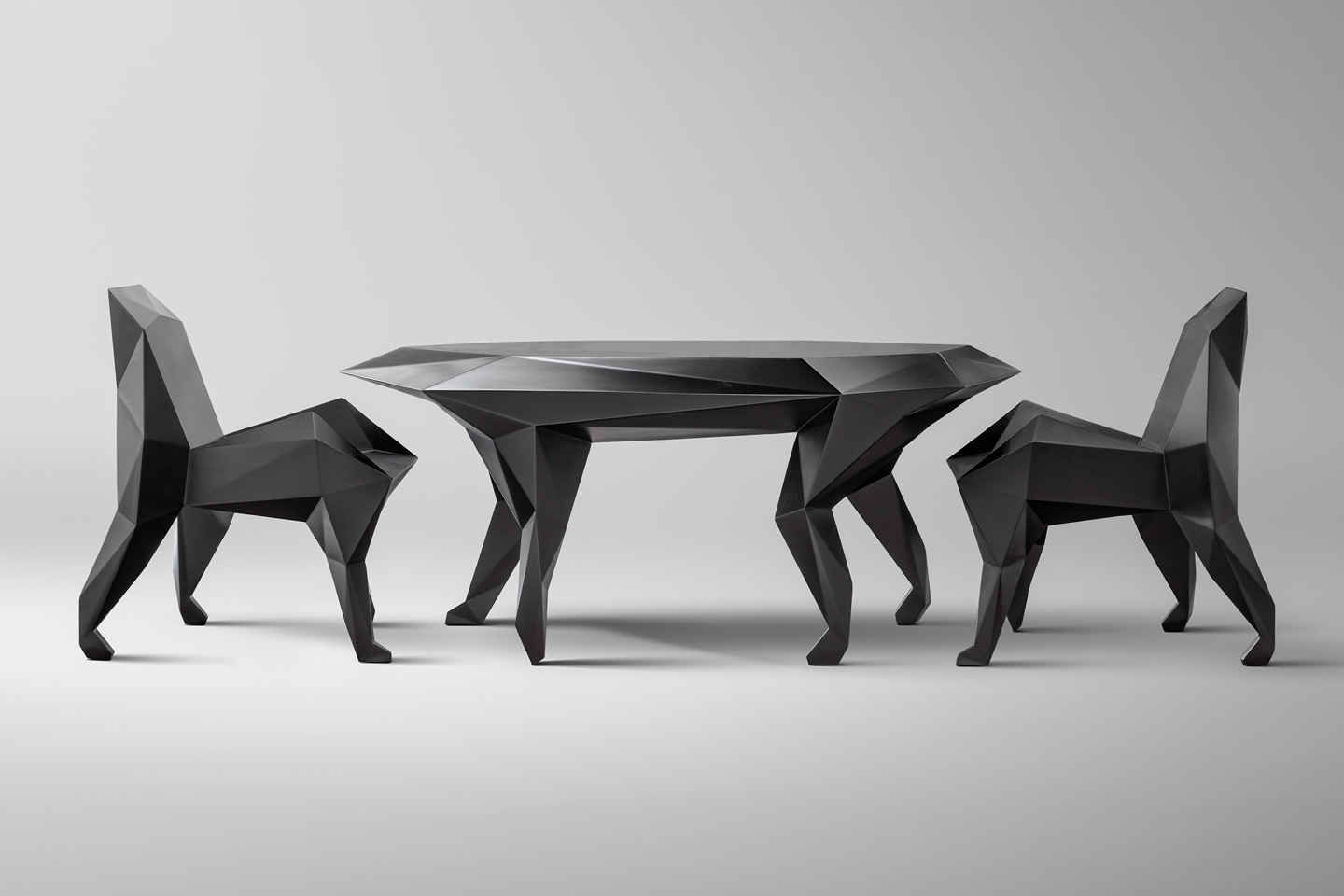 Titled the Guardian series, this award-winning furniture set incorporates zoomorphic motifs into its design, almost like a revival of the Art Noveau period where furniture looked heavily at nature for inspiration. “For millenniums, animals have been an inseparable part of human life”, says Kamran Afshar Naderi, the creator behind the Guardian series. The Guardians is a limited-edition line of furniture that hopes to re-forge that positive connection between humans and animals by its design. However, it does so in a uniquely low-poly style that’s equal parts maximal in expression, and minimal in detail. The Guardian makes a conscious choice to deviate from the traditional values of minimalism rooted in Scandinavian and Japanese furniture – where minimalism often means geometric minimalism. Instead, the series strives to achieve a sort of organic minimalism that involves turning organic forms into edgy low-poly versions of themselves. The result is surely eye-catching, looking less like traditional furniture and more like a statement piece. Sure it isn’t for everyone – but then again, populism doesn’t necessarily equal good design, right?? 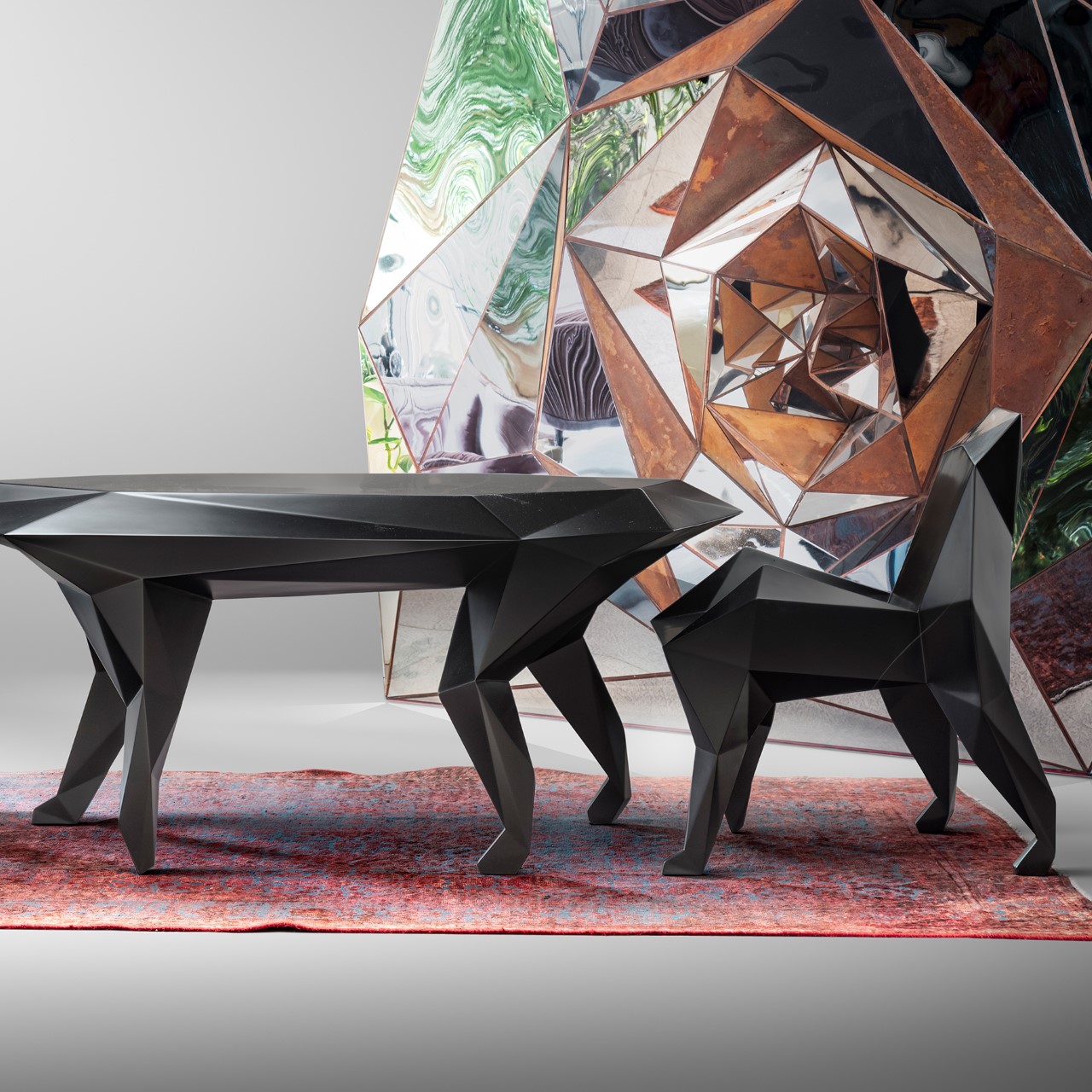 Naderi’s designs may be edgy, but that doesn’t mean they’re uncomfortable. On the contrary, they’re designed to be ergonomic despite the presence of sharp lines. Sitting on the chairs and using the table feels extremely comfortable, almost like any regular ser of furniture would. Naderi looked to 3D printing to bring his series to life. The Guardian’s furniture pieces were produced by a state-of-the-art 3d printing system combined with fiberglass technology and handcrafting for the final refinements.

The project has been designed and presented in the Patternitecture exhibition in Tehran in August 2021. The Guardian series is a winner of the A’ Design Award for the year 2022. 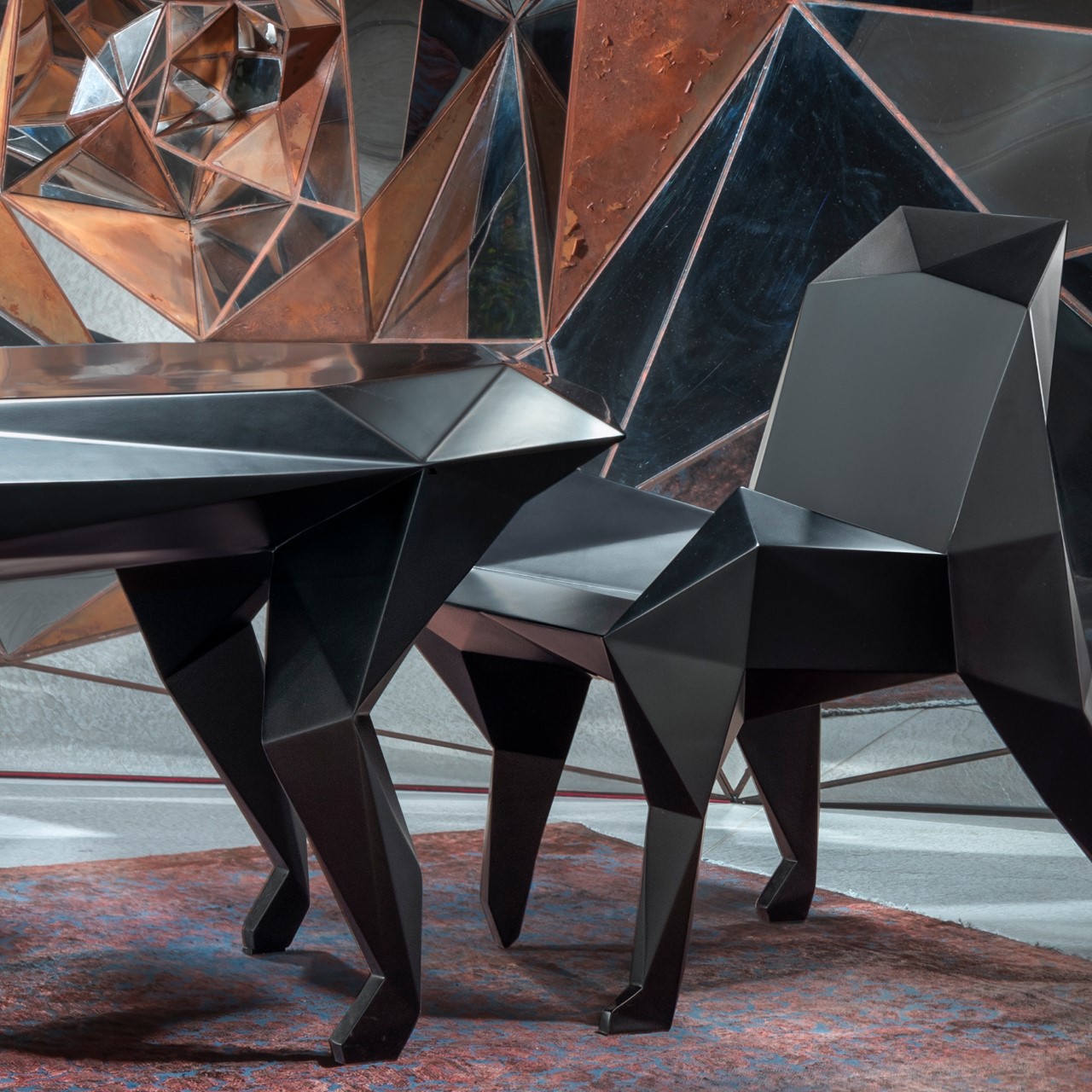 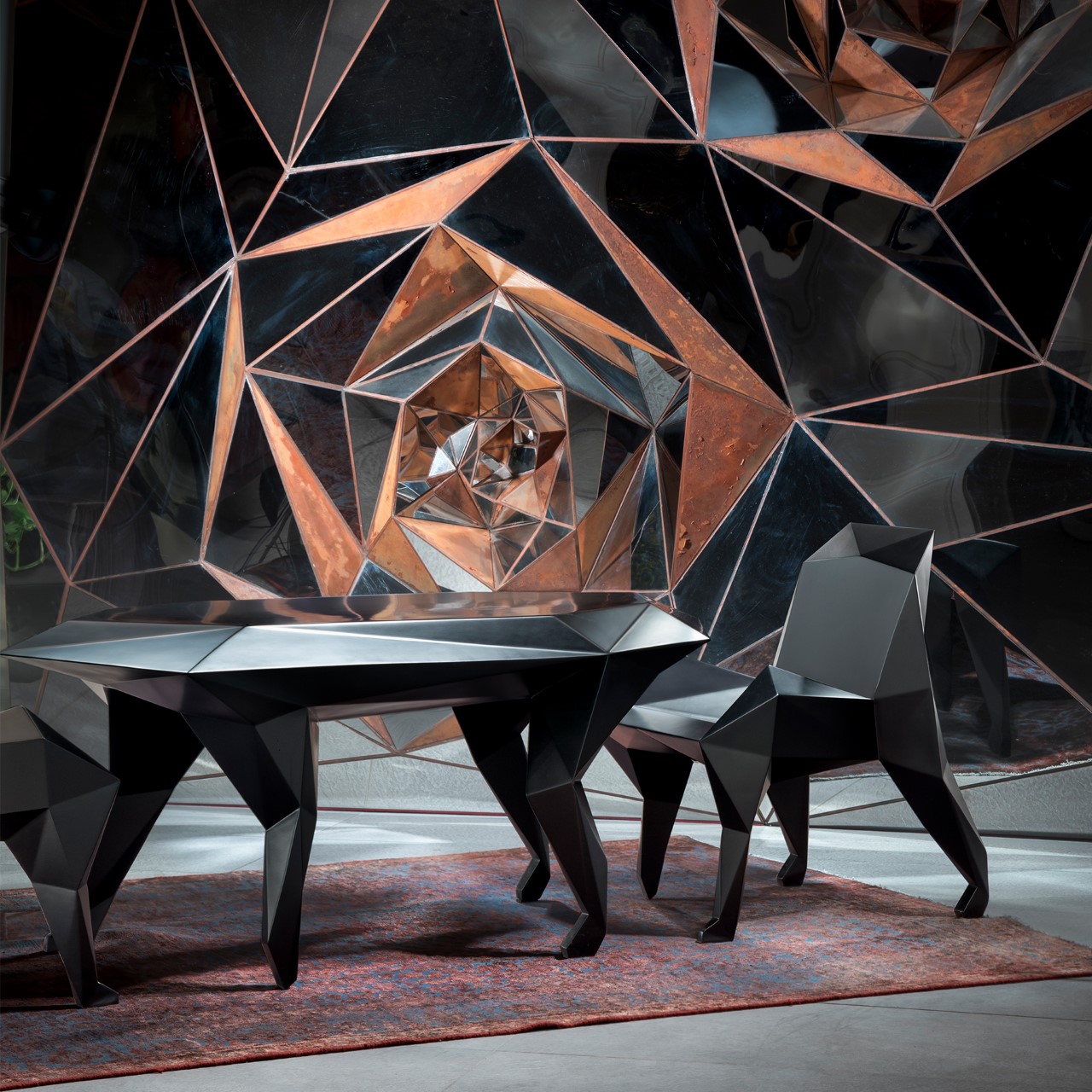 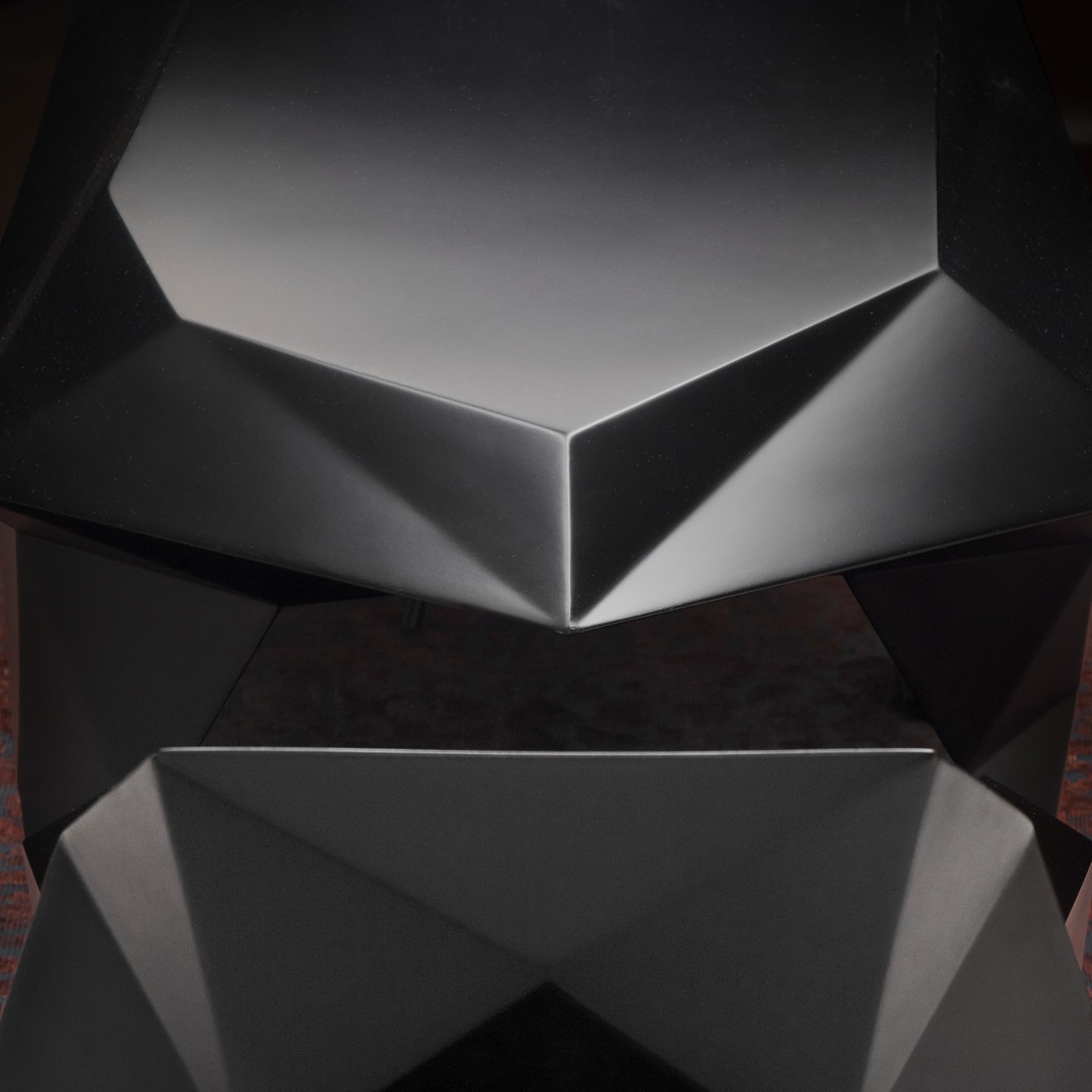 Ever find yourself in a busy waiting area but all the chairs are taken? At the airport, doctor’s office, DMV, the list goes on… It…

The bench that plays mind-games!

The latest in MICUNA’s lux line of playful children’s furniture, the Swing collection is a sophisticated set that looks right at home in any nursery…