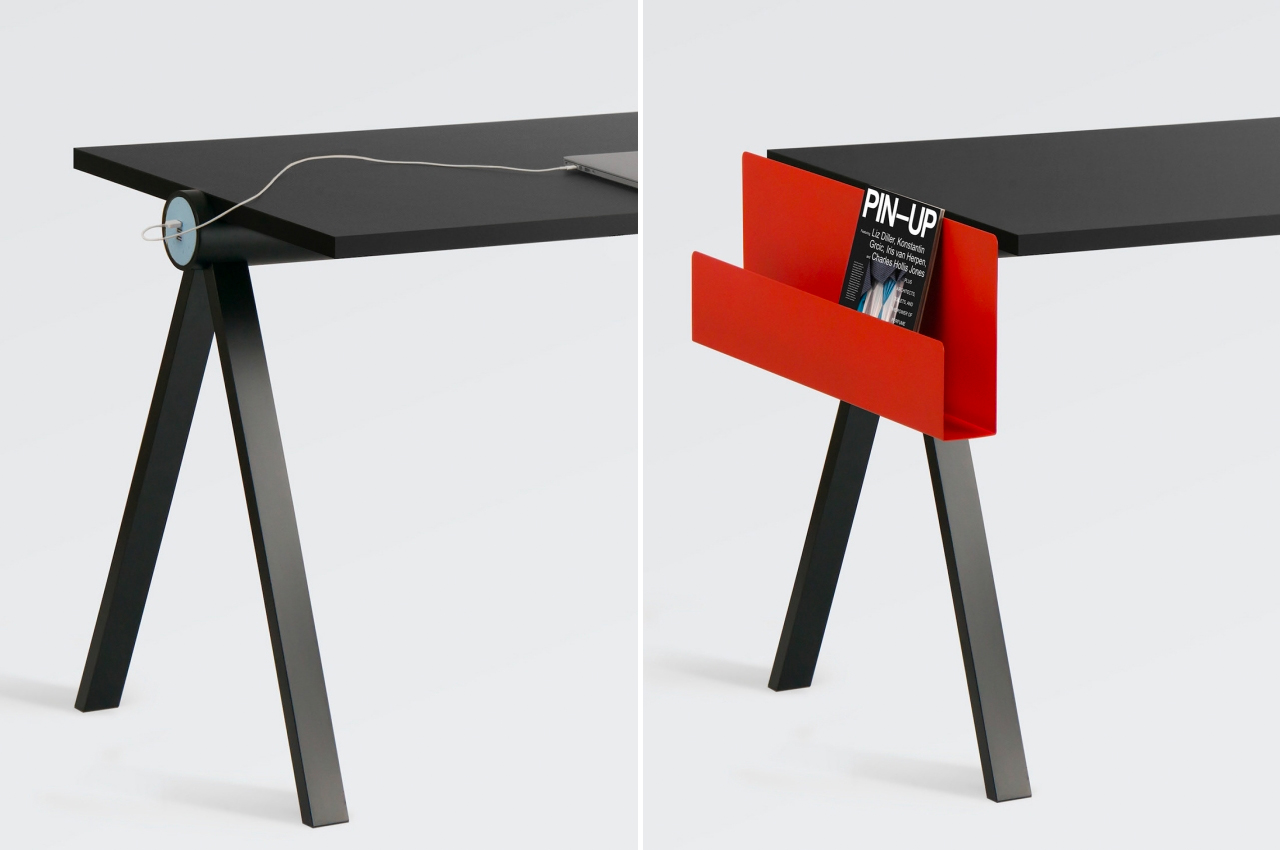 The best solutions are sometimes the simplest ones, or at least the ones that look so simple you’d be surprised they could actually do a lot more than you presumed.

There is no shortage of minimalist desks available these days that cater to different needs and different aesthetic tastes. Some take that minimalism to heart, while others make a few detours off the beaten path. What all these different desks have in common is the need to meet the needs of modern work and lifestyles, many of which involve a number of electronic devices. That’s why many desks try to offer one charging feature or another, often with the result of complicating the design of the furniture. In contrast, this looks like it’s nothing more than a glorified slab of wood on metal legs, but it actually has a few tricks up its sleeves or, in this case, in its frame. 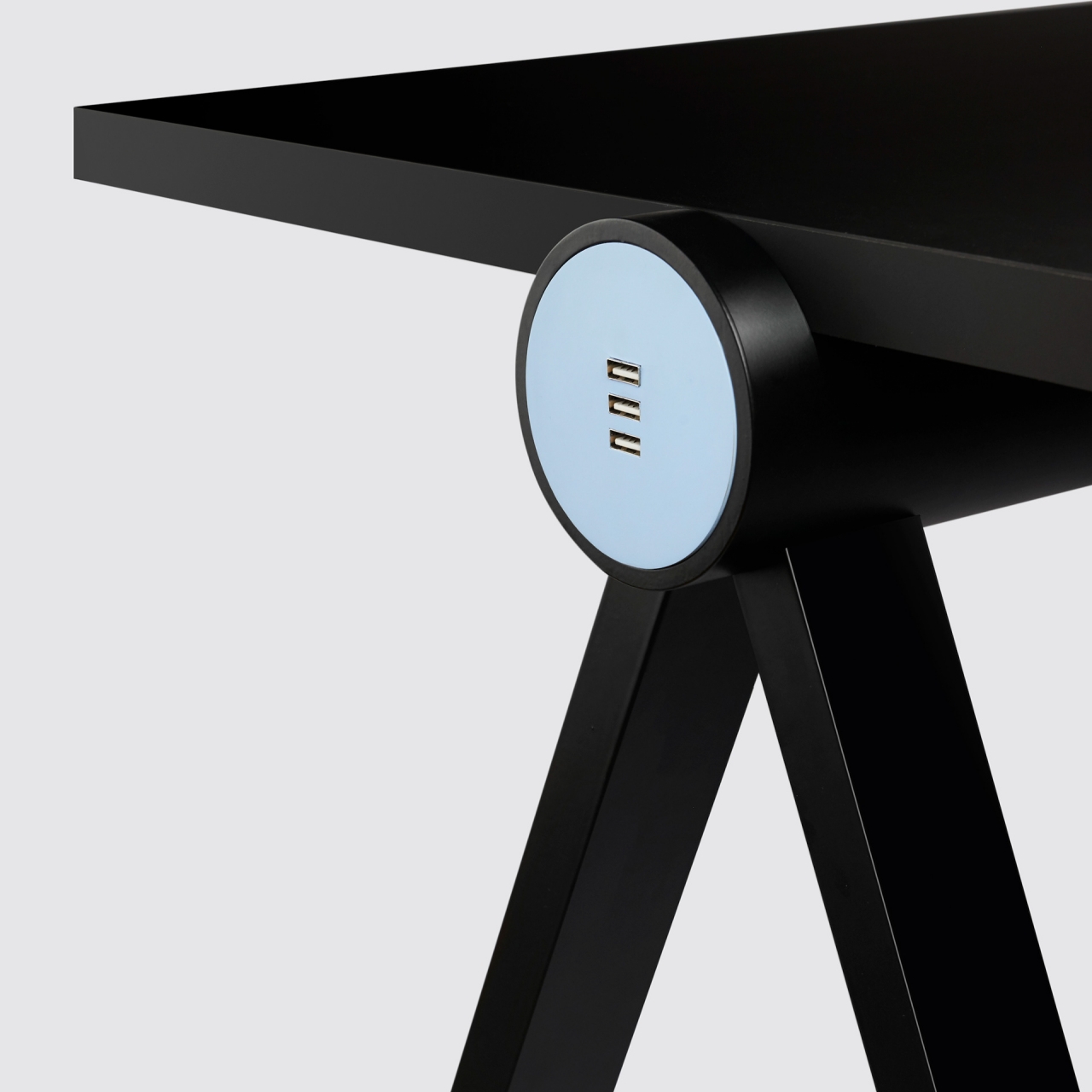 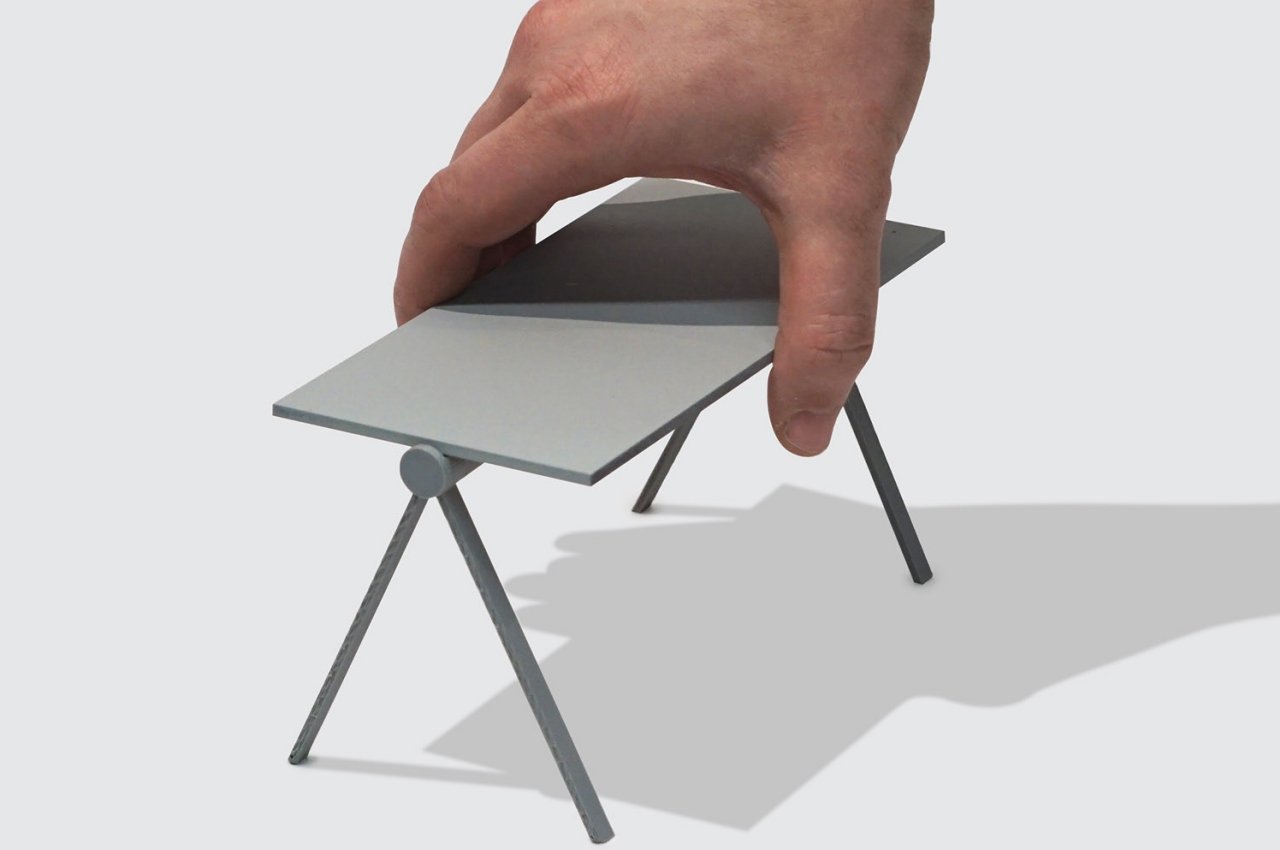 A lot of desks come with their own pre-defined designs that often dictate how you can organize your stuff around them. Tables that are like completely blank slates, on the other hand, offer a lot of freedom but are often bereft of any other useful feature that modern workers would need these days. More often than not, you’ll be forced to add lots of cables, even just for charging, which means trying to come up with some clever cable management to hide those from view. 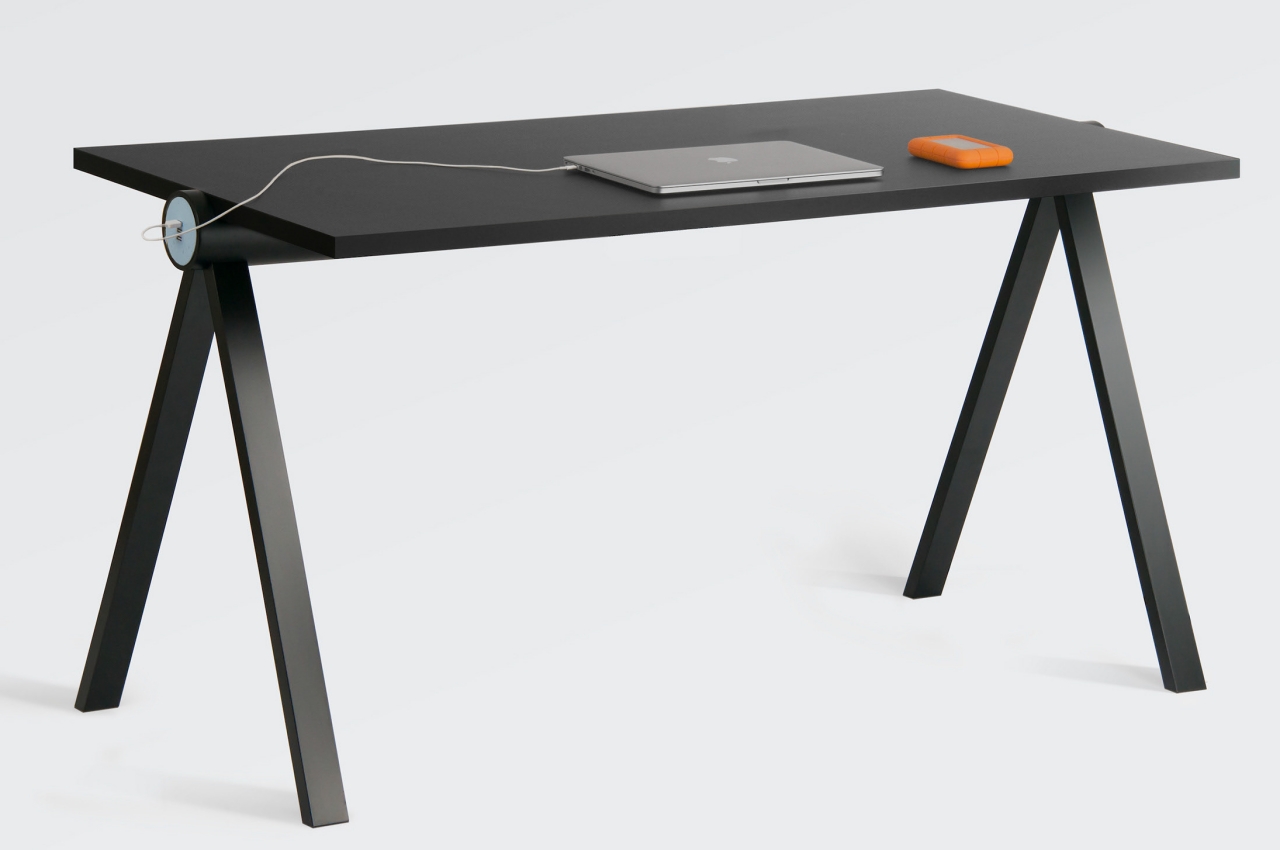 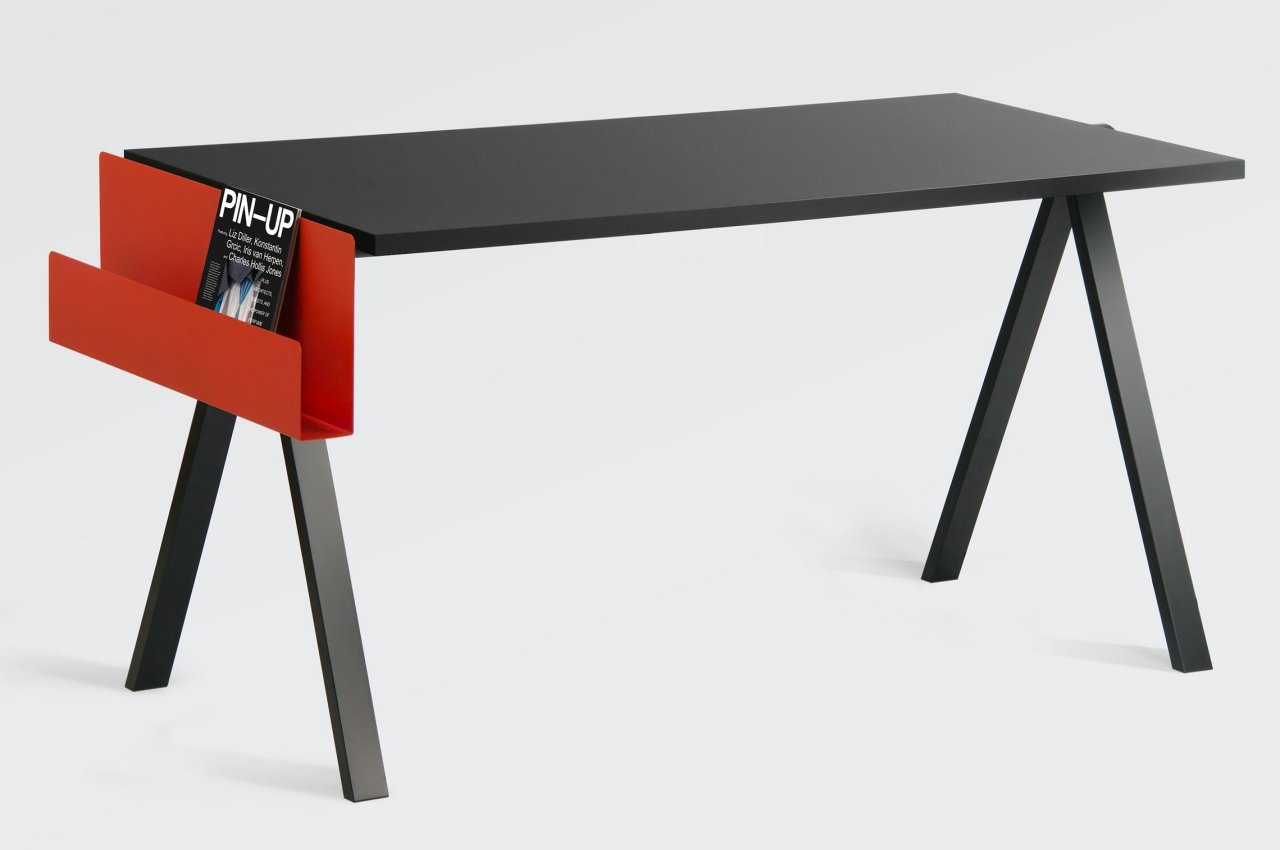 This desk concept tries to bring the best of both worlds together and then some. At first glance, it does look like a painfully plain wooden desk on metal legs, with nothing more to offer than a clear space to put your working tools on. As they say, there is more than meets the eye in this case, and this Console Desk is actually a modular workstation designed to meet the needs of computer users. 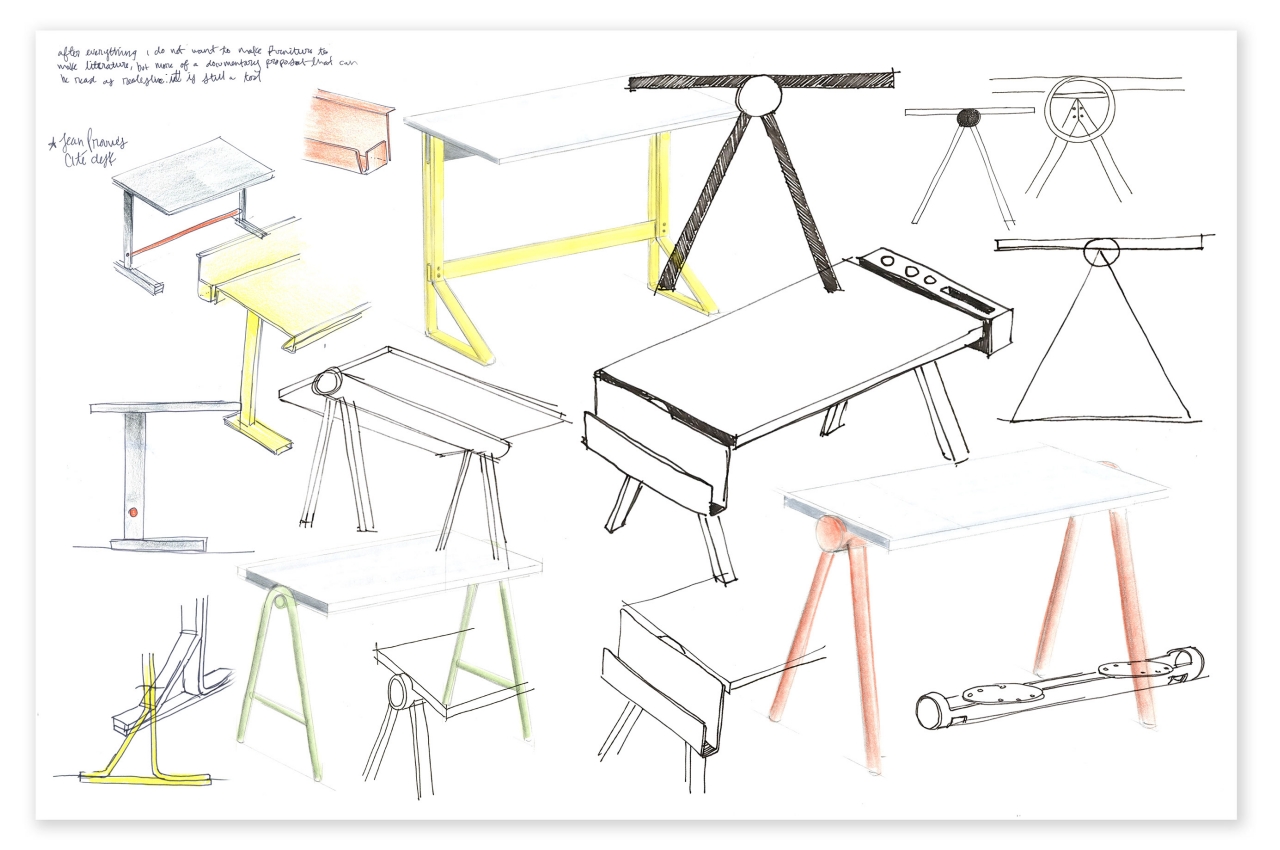 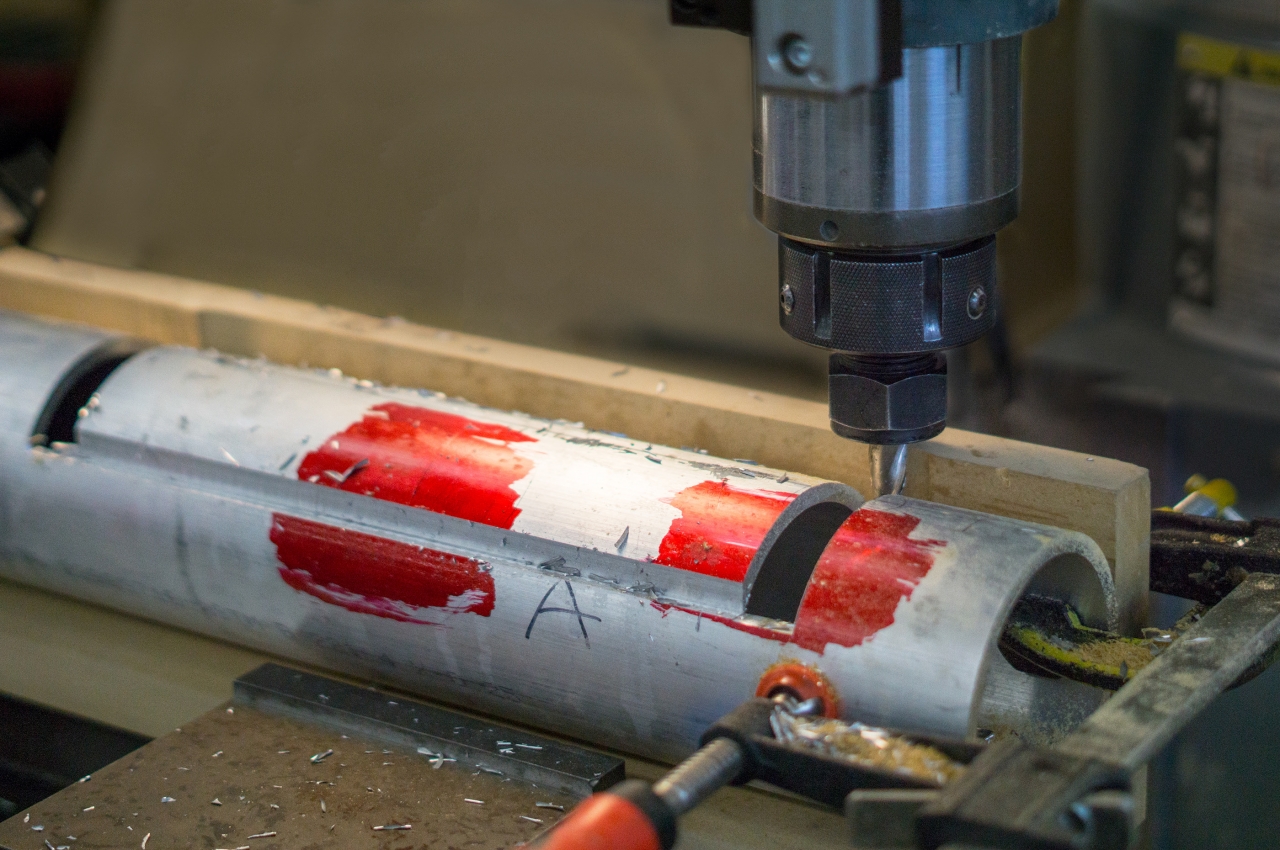 The secret is literally in the “spine” of the desk, the single tube that connects that flat, wooden surface with the legs of the table. This is actually hollow and has cutouts where the wood meets metal. It also has space, however, for electrical cables to run through, creating built-in cable management, at least for USB-powered devices. 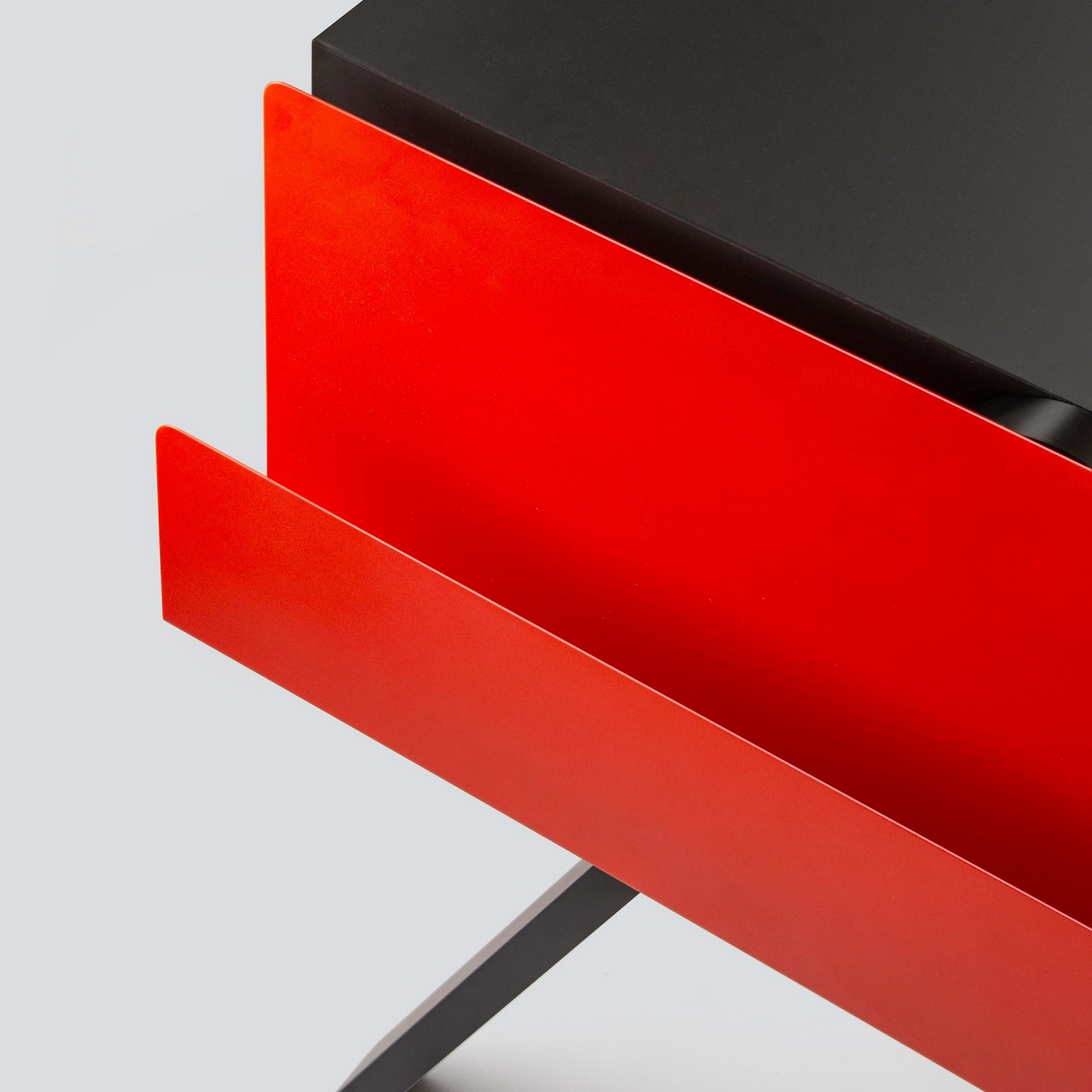 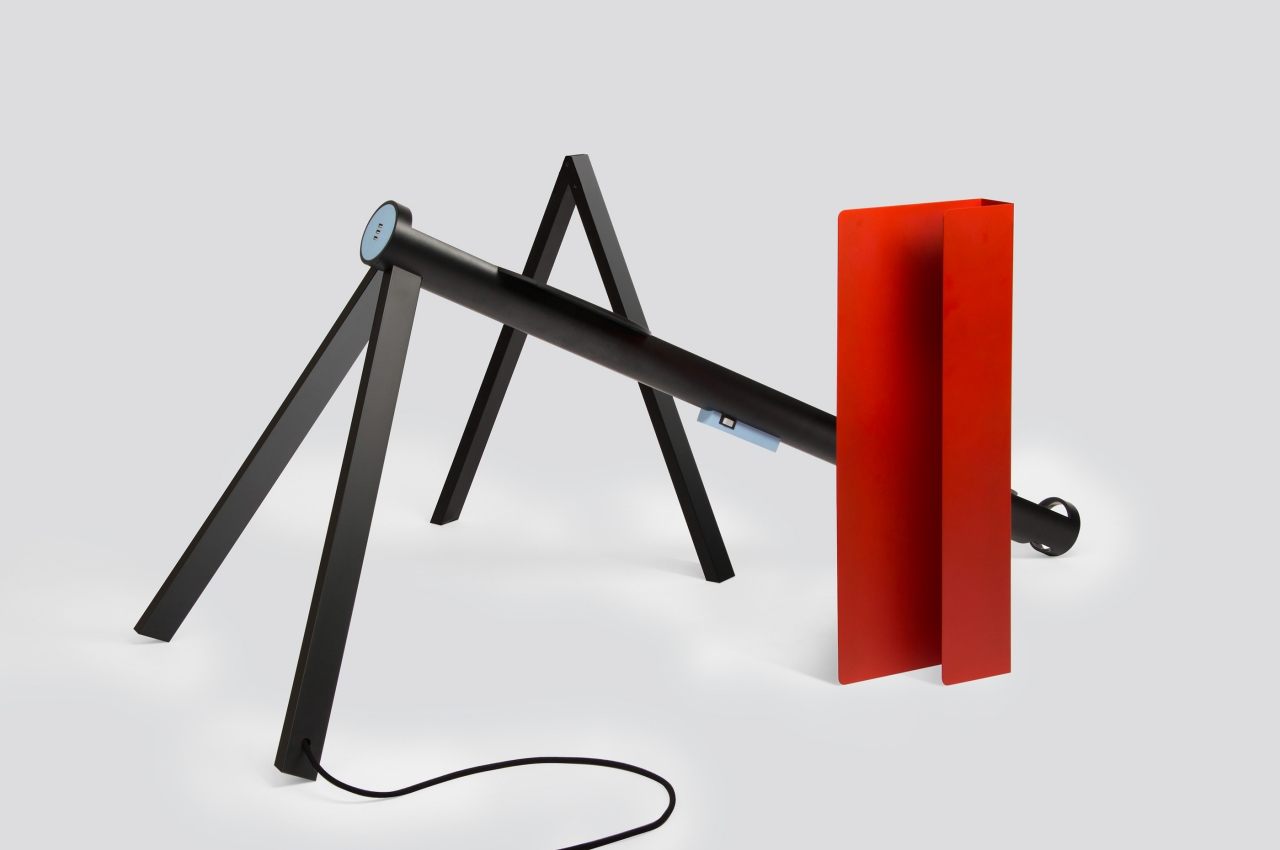 More interesting, however, is how the ends of the cylinder are also points where modular parts can be attached, though the concept doesn’t exactly mention how. A red shelf, for example, could hang off to one side. On the opposite end could be something like a dock that expands the connectivity options for whatever device you might want to use on your desk. 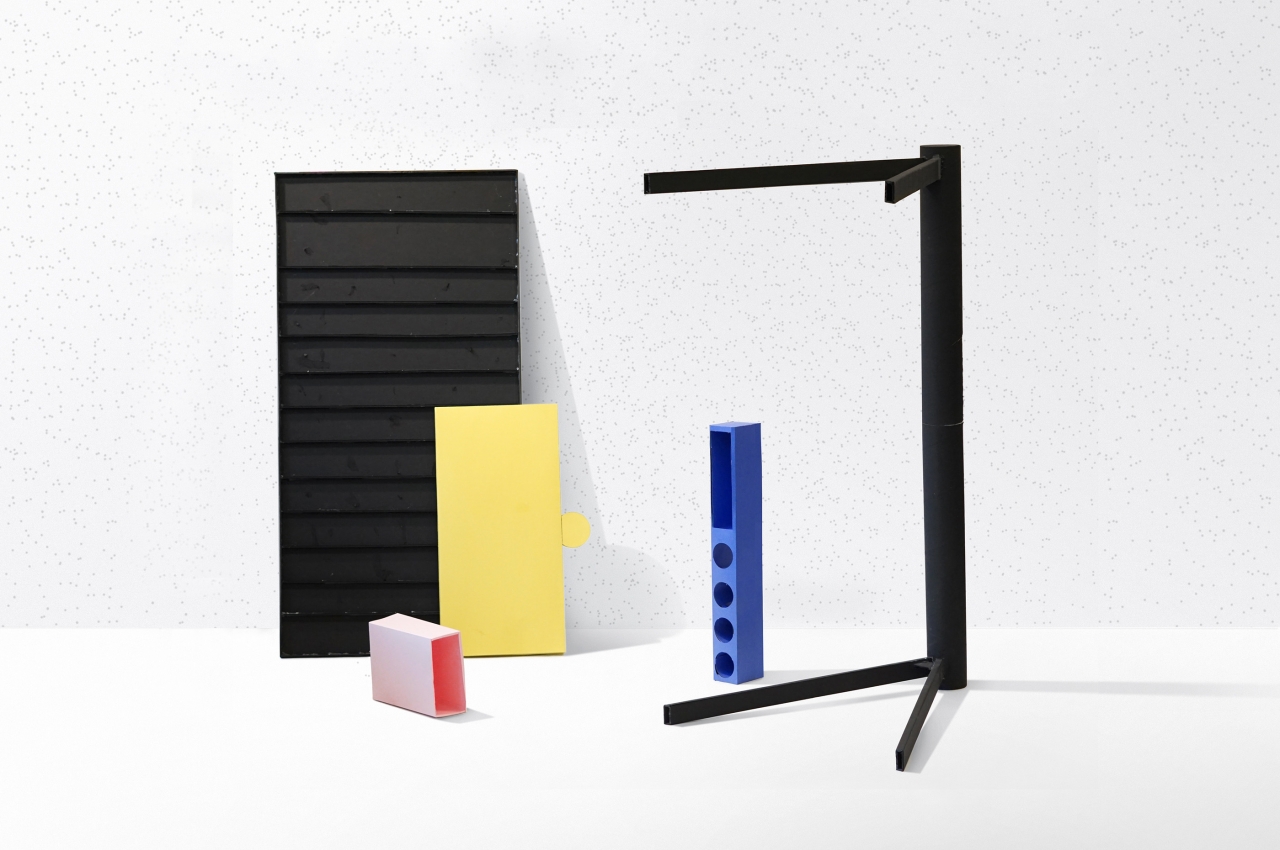 The Console Desk might not be the most exciting table as far as visual design goes, but it is admittedly more like a blank canvas that gives you the freedom to paint your own masterpiece. At the same time, it still has just enough hooks to let you expand the setup without having to buy more accessories, offering just enough modern conveniences without going overboard and overwhelming the person who just wants to get work done with minimum fuss. 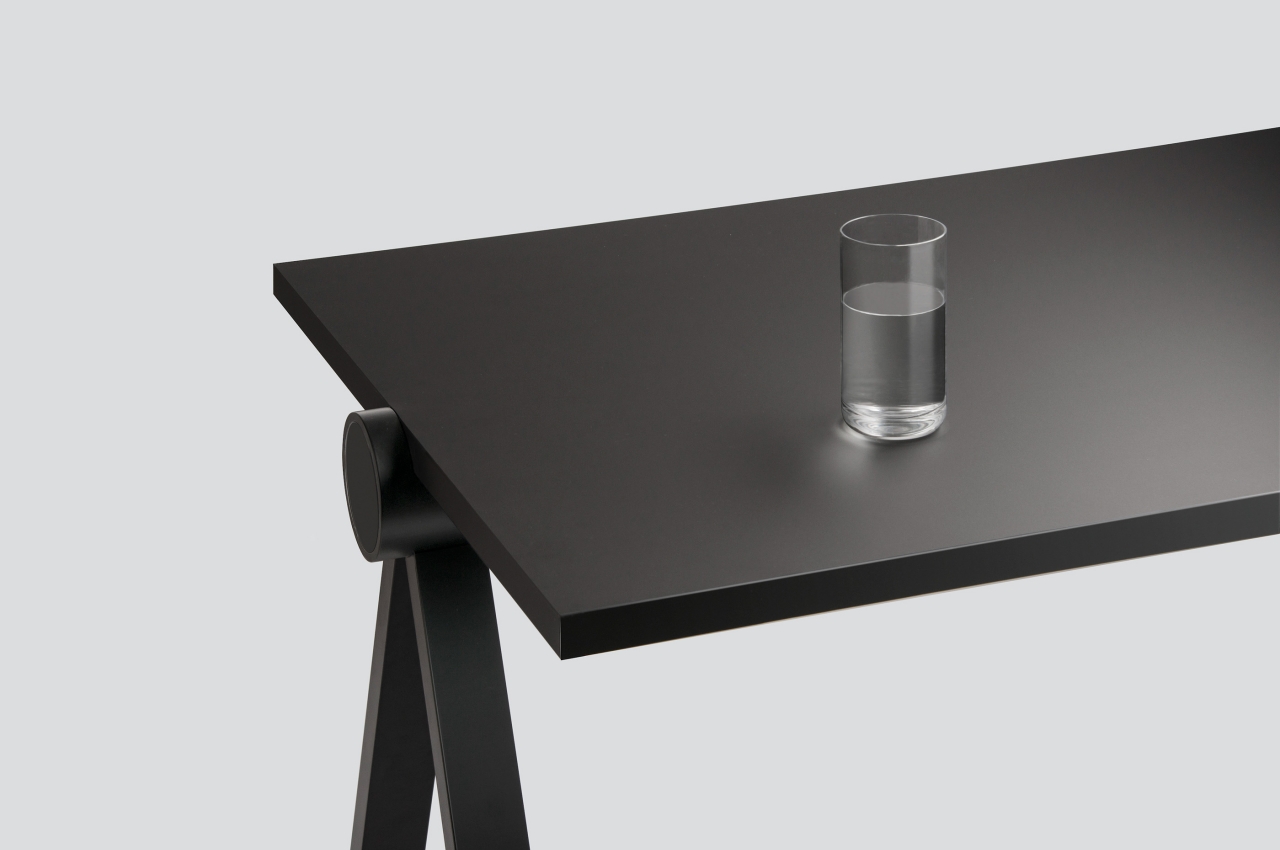 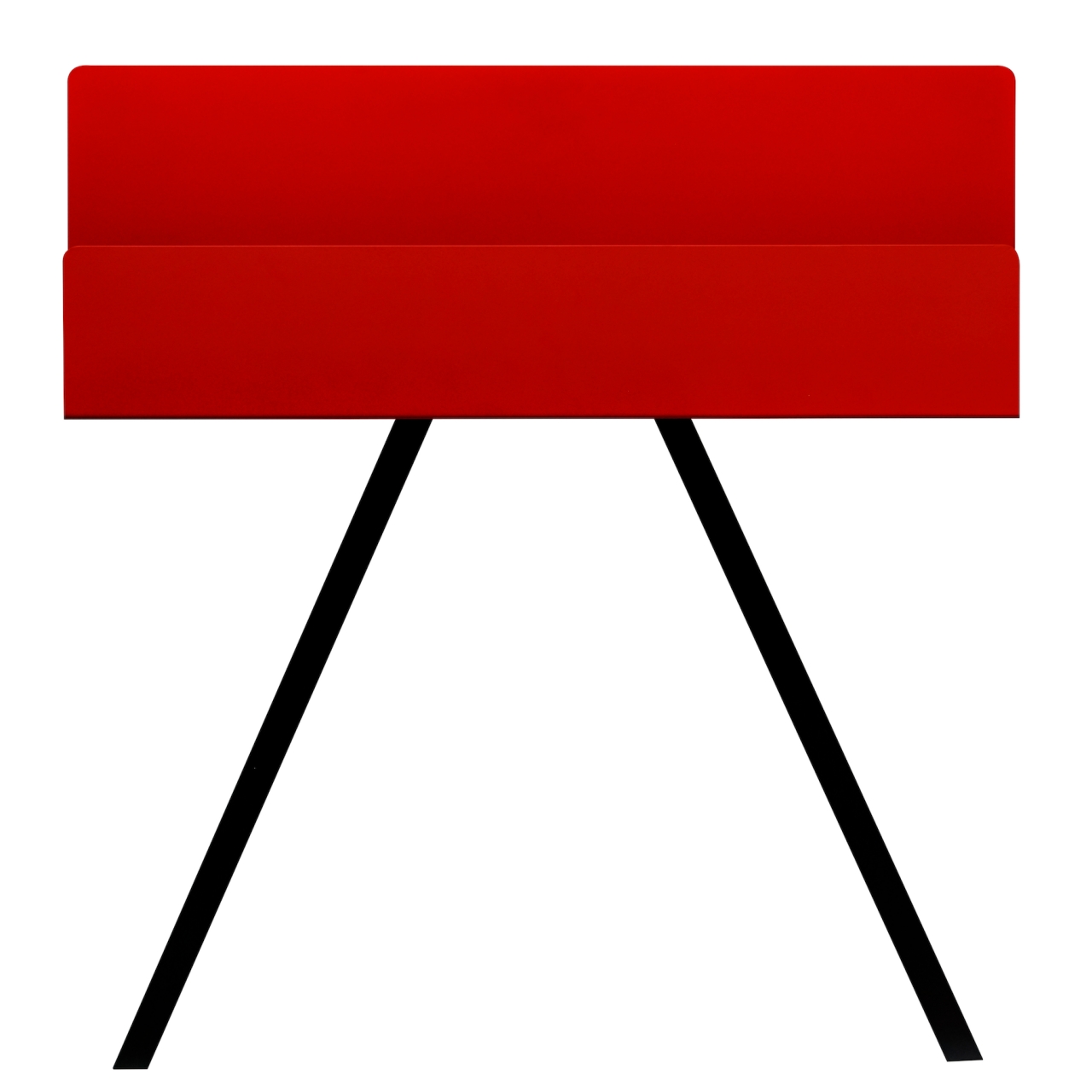 Yanko Design recommends work gadgets to shop that transform your mundane workday into an energetic one!

Okay, I love work gadgets! I think they have the ability to add some zest and excitement to an otherwise completely mundane workday. I love…

It’s happened to all of us… you’re hard at work at the computer when a power failure occurs and you lose… EVERYTHING. The worst! —…