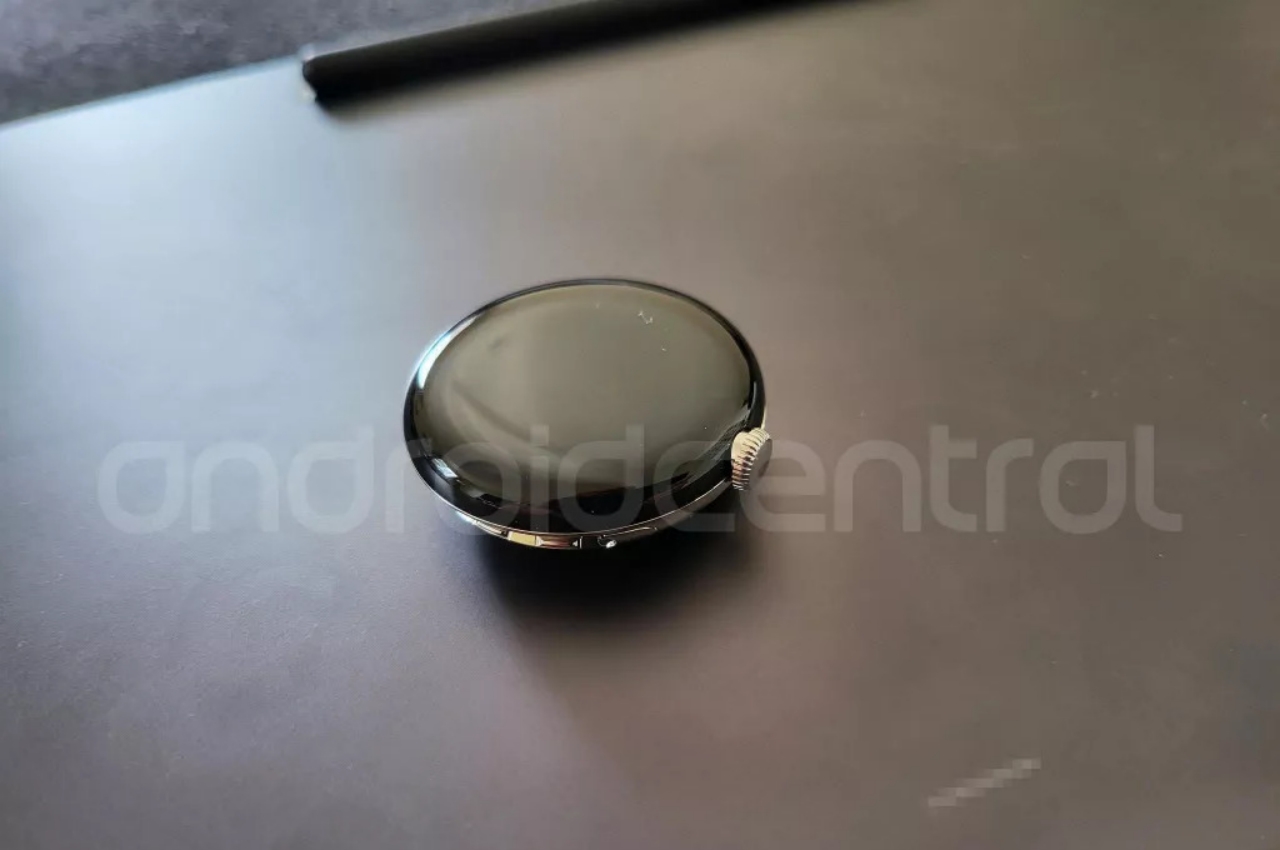 Google is this close to finally launching its own smartwatch, but is it going to be the Pixel Watch of fans’ dreams or a product design flop?

For years, there have been doubts about Google’s commitment to wearables. Although it did spin out a dedicated version of Android for smartwatches, it hasn’t exactly been consistent nor active in developing Wear OS, previously called Android Wear. It wasn’t until last year’s Wear OS 3 launch that it seemed Google would be in for the long haul, but there are still some doubts about that. Perhaps the only way Google can guarantee that Wear OS is here to stay is if it actually launched a device it would have to support. That’s the Pixel Watch that’s expected to be revealed next month, but this surprising but suspicious leak reveals some disappointing details about Google’s first smartwatch. 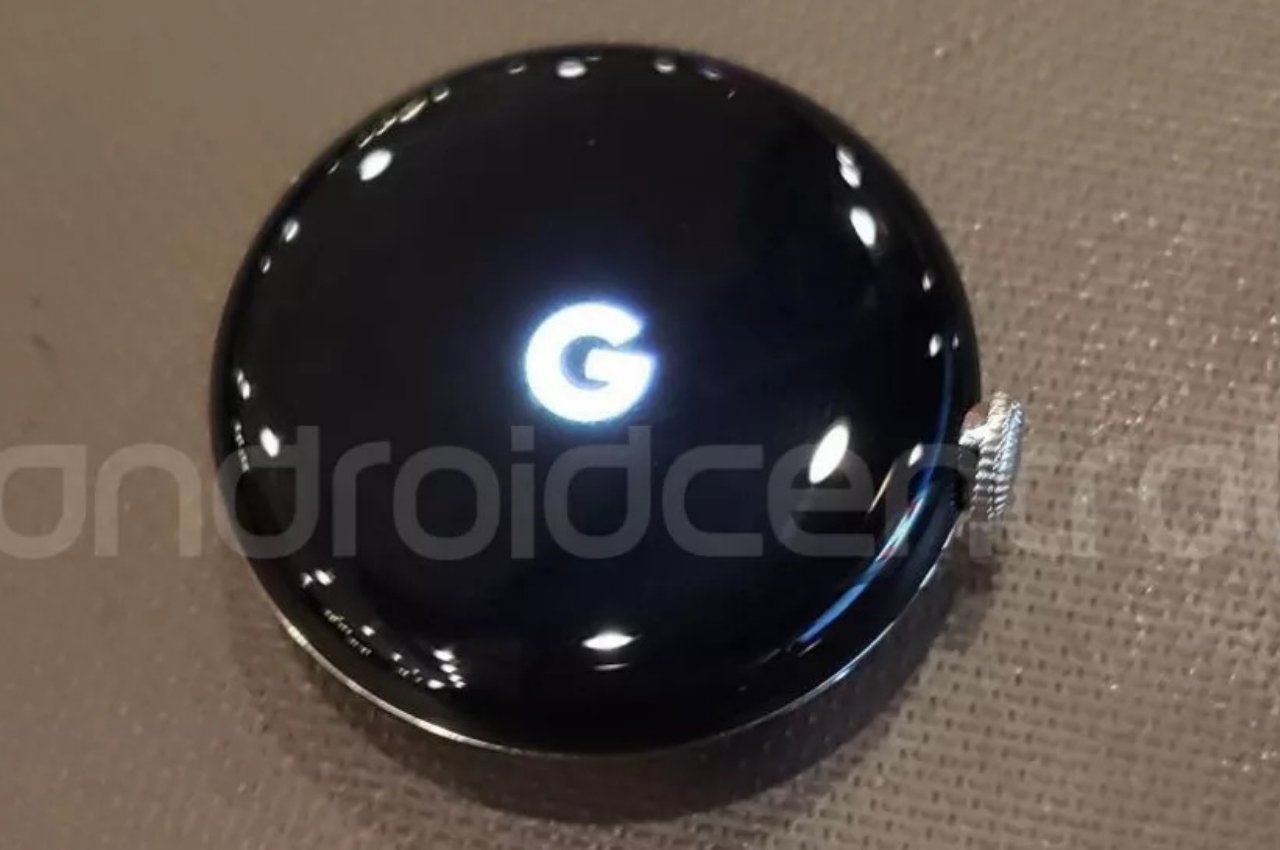 Google is terribly late to the smartwatch game, at least as far as hardware is concerned, and smartwatch designs have almost been set in stone by now. Of course, there’s still some wiggle room for innovation, and there might, in fact, be a need for some. But just like in the not-smart watch industry, there are some design cues and traits that people have come to expect as standard across different brands and designs.

If this Pixel Watch that was “accidentally” left by a Google engineer at a public restaurant in the US is the real deal, it seems that Google will be throwing a few of those out the window. In some cases, that might be good for visual differentiation and brand distinction. In other cases, the experimental design could pose some problems with usability and sustainability. 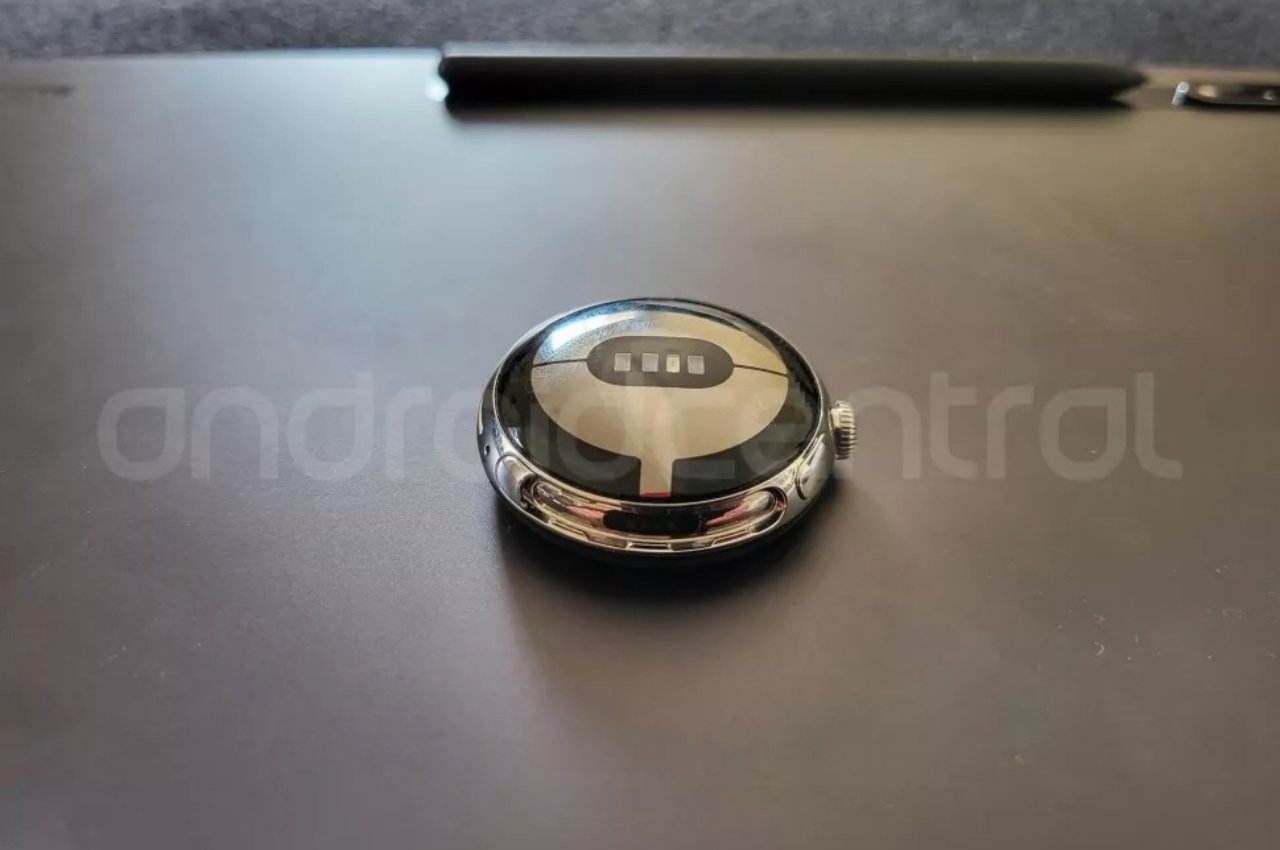 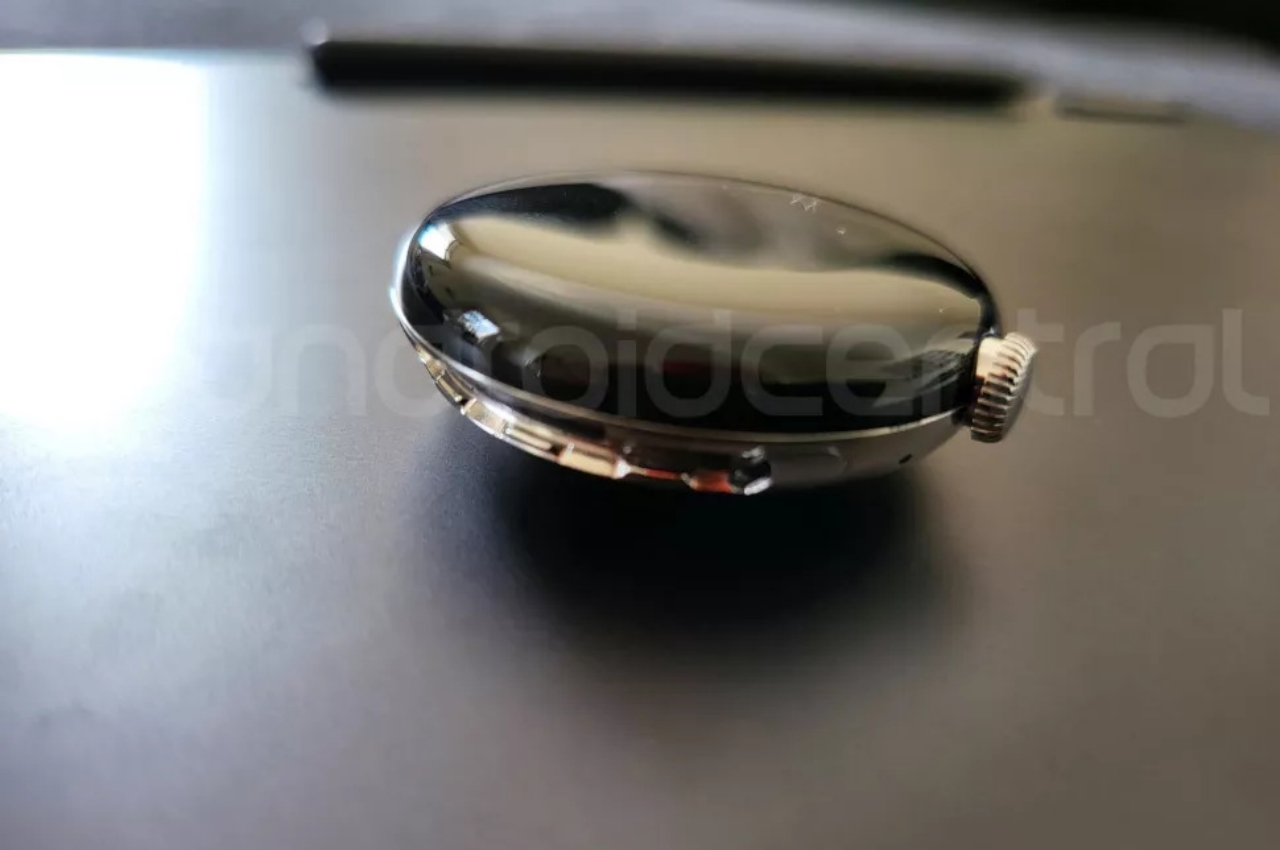 Mirroring trends in smartphone design, this watch’s body seems to push bezels out of the way by making the screen curve down. Curiously, the bottom side of the watch also curves steeply to the point that it’s almost completely convex. According to the source, the surface of that bottom face looks metal but is actually covered with glass.

The watch has a mechanical crown, which will most likely be used for scrolling through Wear OS. There’s a button below it but no sign of the rumored second button. That might be hidden beneath the crown if the final design sticks to this alleged prototype. 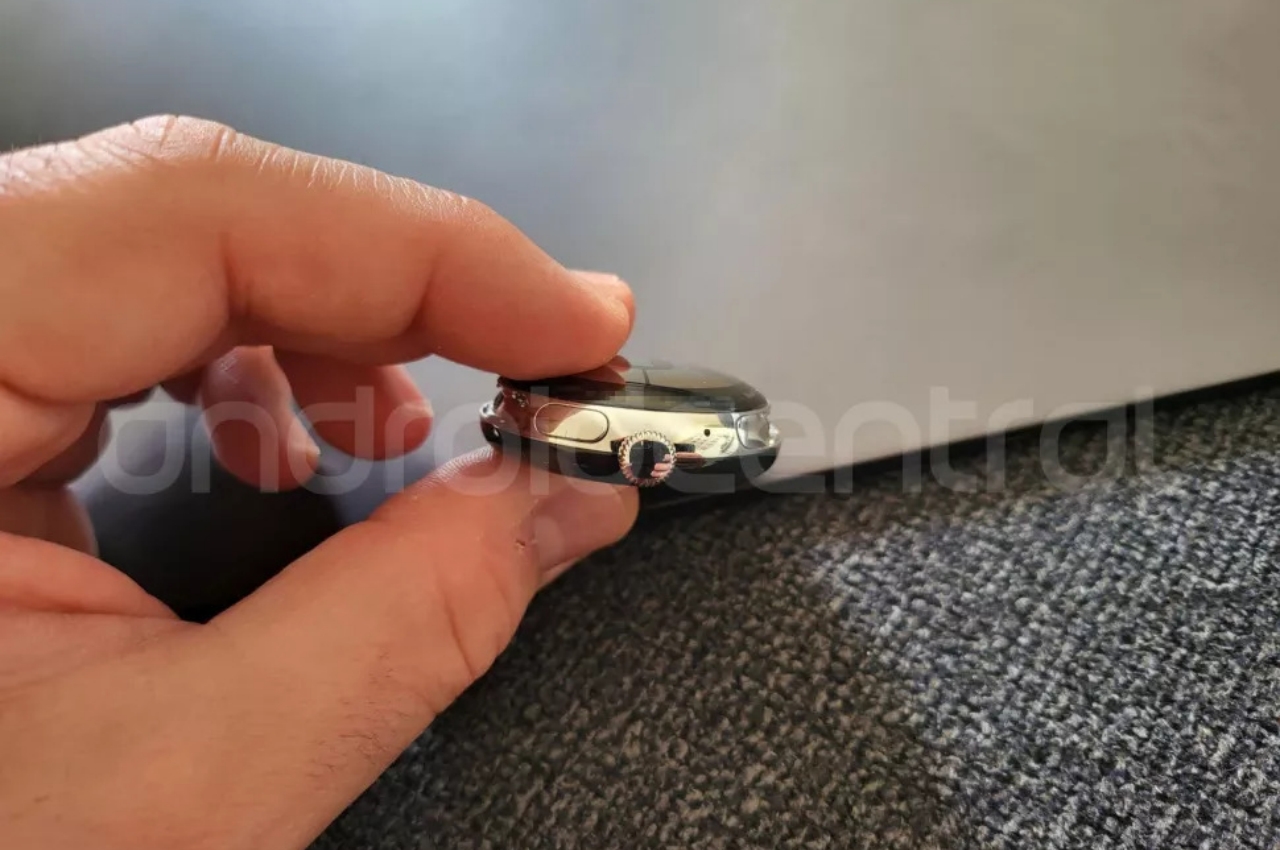 The rather odd shape of the Pixel Watch’s bottom could mean it might not be so stable when lying on a flat surface, at least without the straps to balance it. With the screen also dropping off the edges, it’s unclear yet how it could affect the interface of the smartwatch as it does many smartphones. More importantly, without a bezel surrounding the sides of the screen, there might be greater risks of accidents that could scratch or even break the display.

The photos also reveal the jelly-like straps of the Pixel Watch, which isn’t that unusual for many smartwatches with silicone bands like the Apple Watch. What sets these straps apart is how they attach to the smartwatch, which isn’t like any we’ve seen before. There appear to be special hooks that let the strap connect to the body of the watch and like flat flush against the surface rather than the standard lugs on almost all watches. 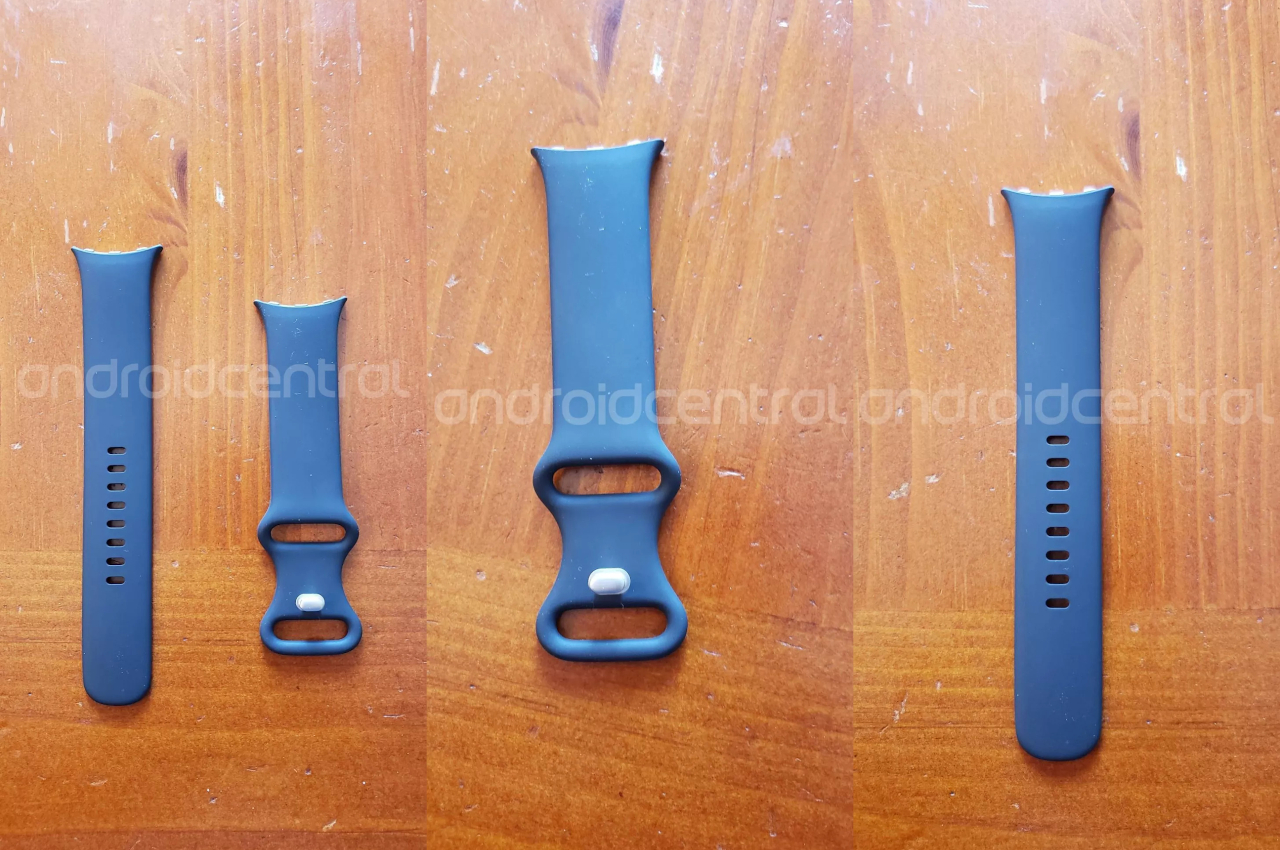 Although the photos don’t show how the Pixel Watch looks with the straps attached, it doesn’t take much to imagine what it would look like. It would almost seem like the straps are directly fixed to the watch body and flow from it, creating an almost unibody appearance. Of course, that’s nothing like the Pixel Smartwatch concept we saw two years ago that truly had a unibody design while still sporting a curved edge screen. 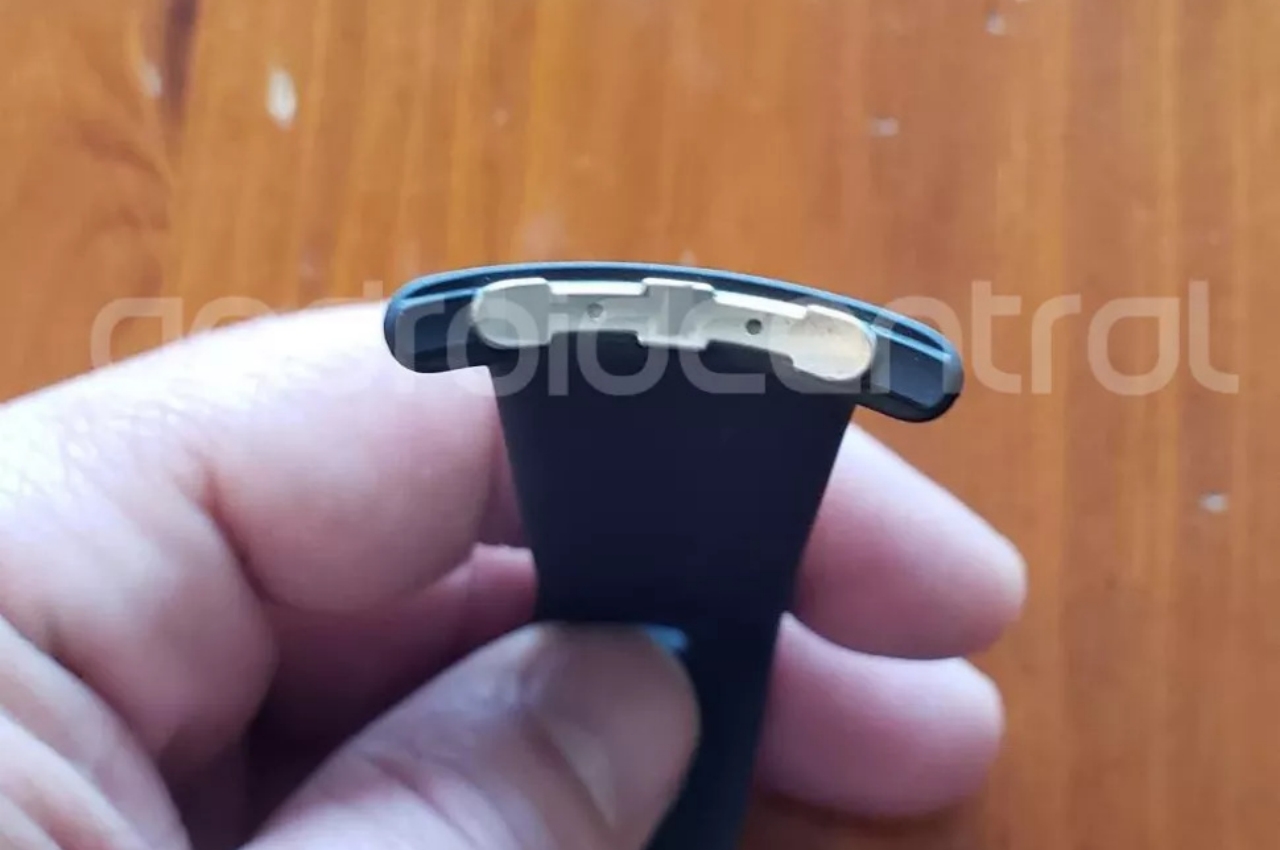 The consequence of this unique strap design is that Pixel Watch straps are completely proprietary to Google. While the company is most likely to sell different colors, designs, and possible limited edition straps, you will still be limited to what Google and some accessory makers provide. You can’t use your favorite watch straps like you could with other Wear OS brands. Then again, this is exactly the same strategy that Apple uses for the Apple Watch, so it’s not surprising that Google is following suit. 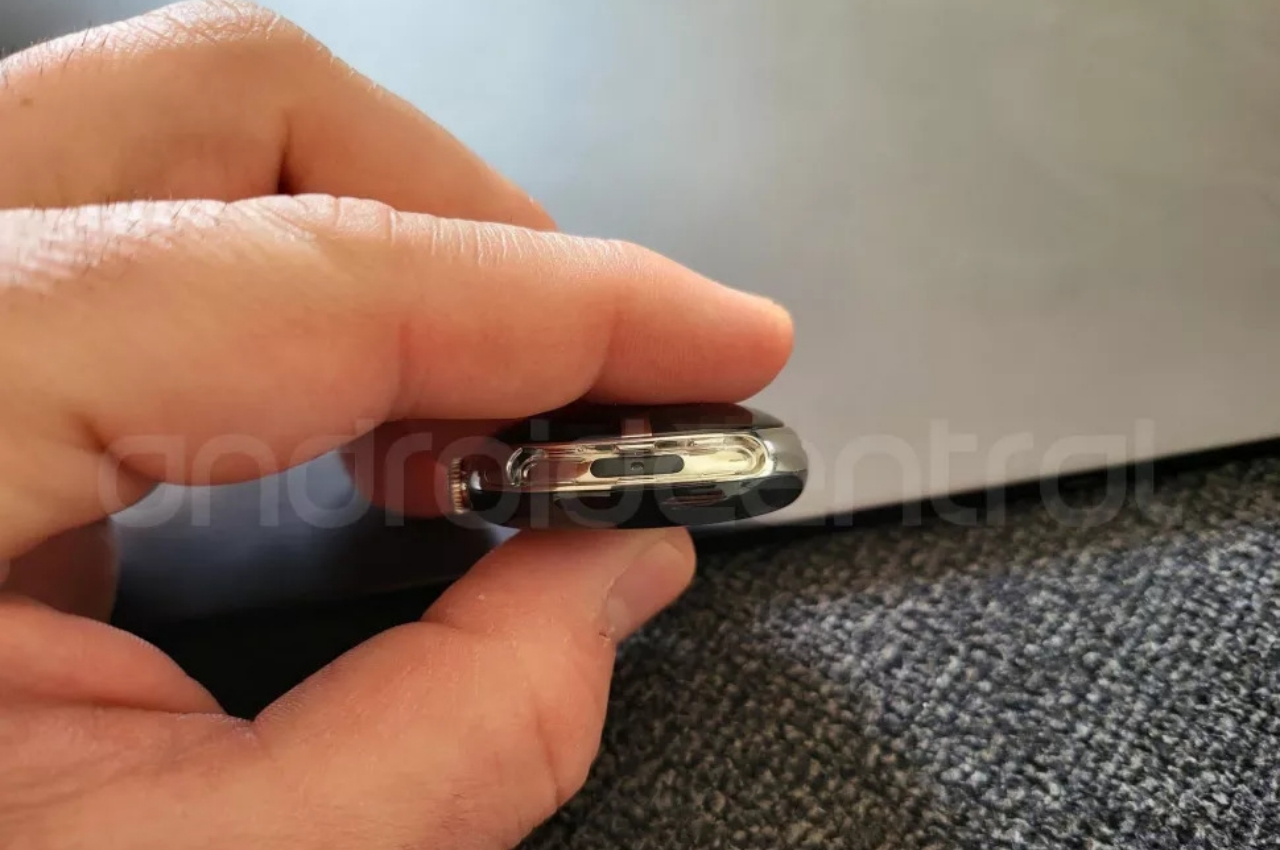 From a purely visual design perspective, the Pixel Watch is going to be really interesting. Its pebble-like form is unique in the smartwatch market, and its strap style will give it a unibody-like design. For a long-overdue Google smartwatch, this does make a good first impression. 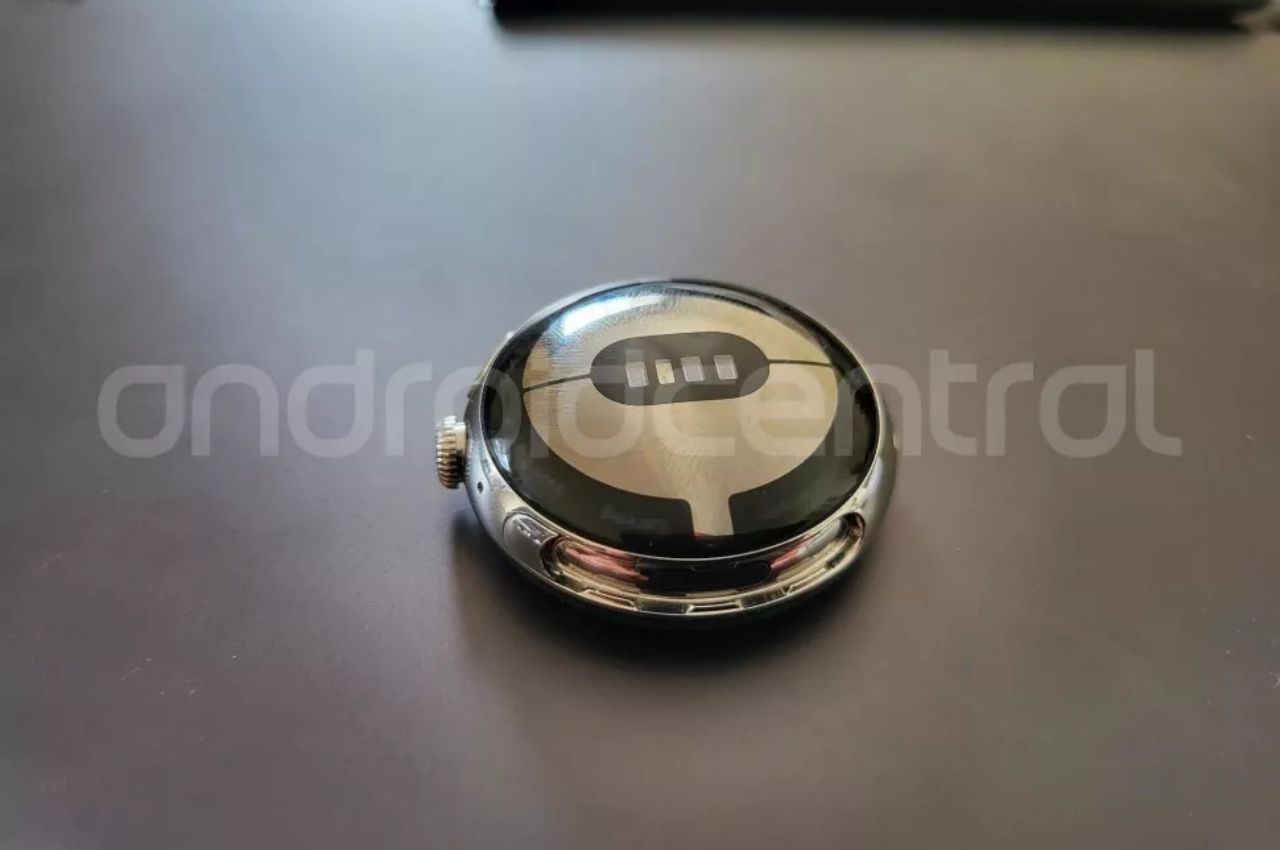 It might not offer the assurance that many are hoping for, however, especially as far as Google’s long-term commitment is concerned. Everything about the watch’s design doesn’t seem to have been made with longevity in mind. The screen’s exposed edges could be a recipe for disaster, and the proprietary straps could spell the end of the watch the moment Google decides not to make them anymore.

At a time when even consumers are demanding stability and sustainability, the Pixel Watch seems to be going in the opposite direction. Hopefully, however, this “engineering sample” is just that, and the final version of Google’s first smartwatch will have a more positive story to tell in a few weeks’ time. 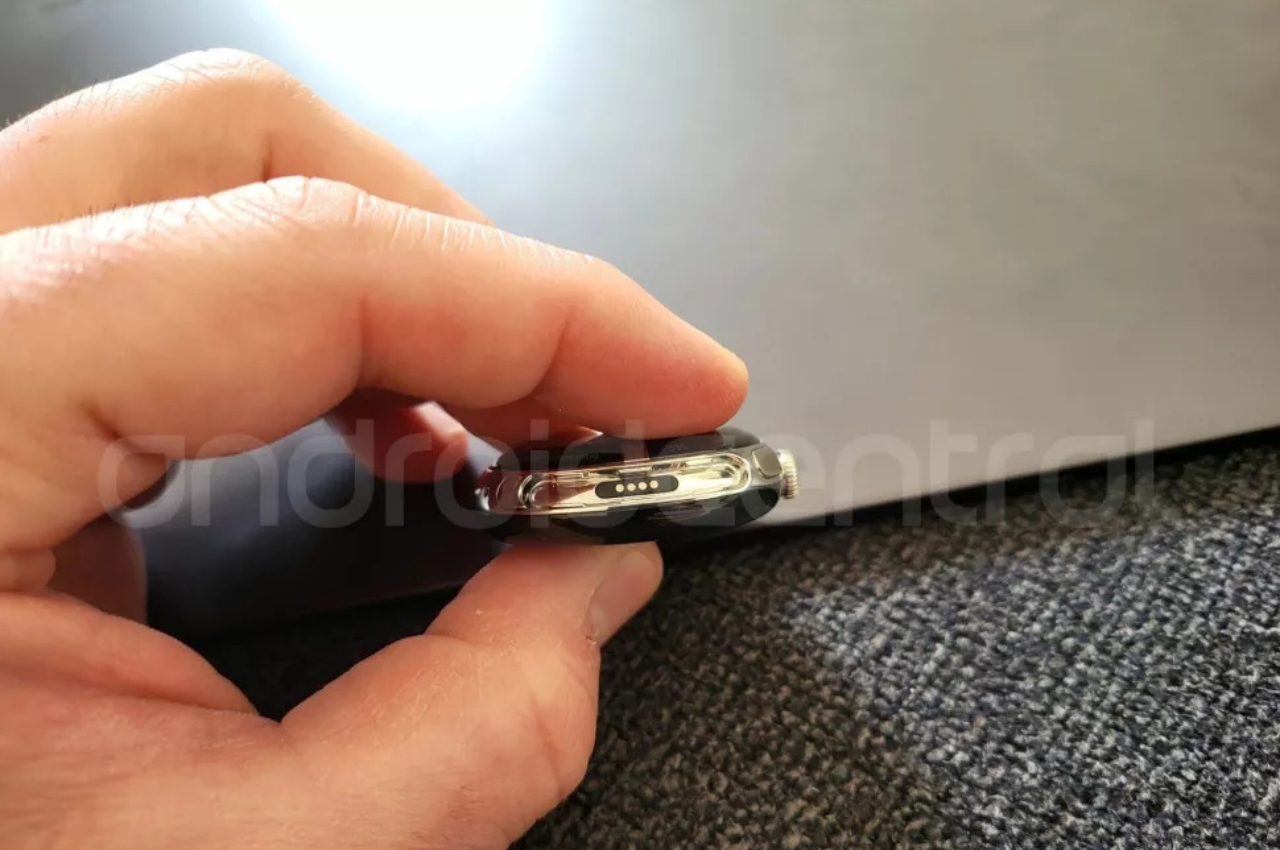 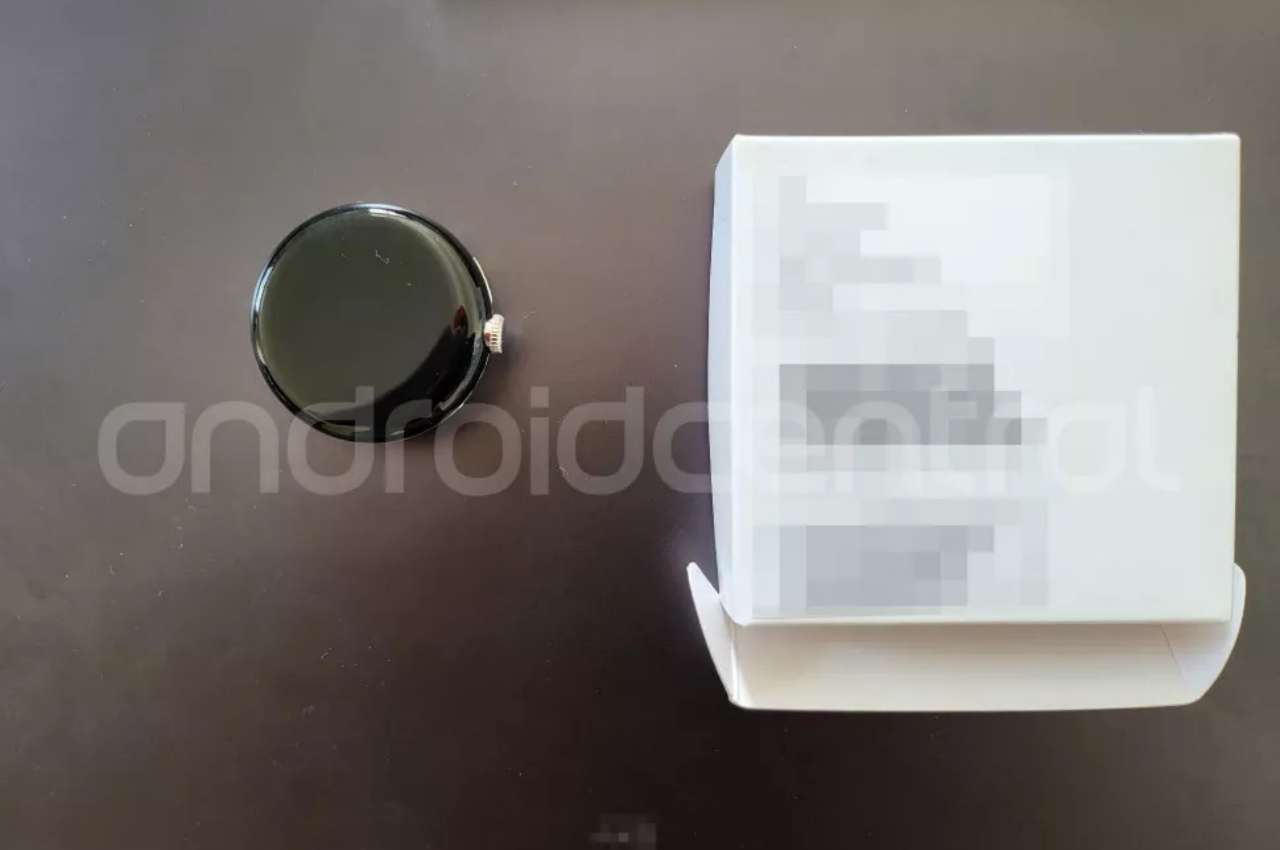 The Joy of Biking

Flexi-Bike poses a challenge to design thinkers and engineers, but in a very good and creative way. Sporting an informative LED display, the bike is…

In the perfect world, a weighing machine would be my friend that displays ego-friendly numbers and makes me happy and light. Sadly, this isn’t the…