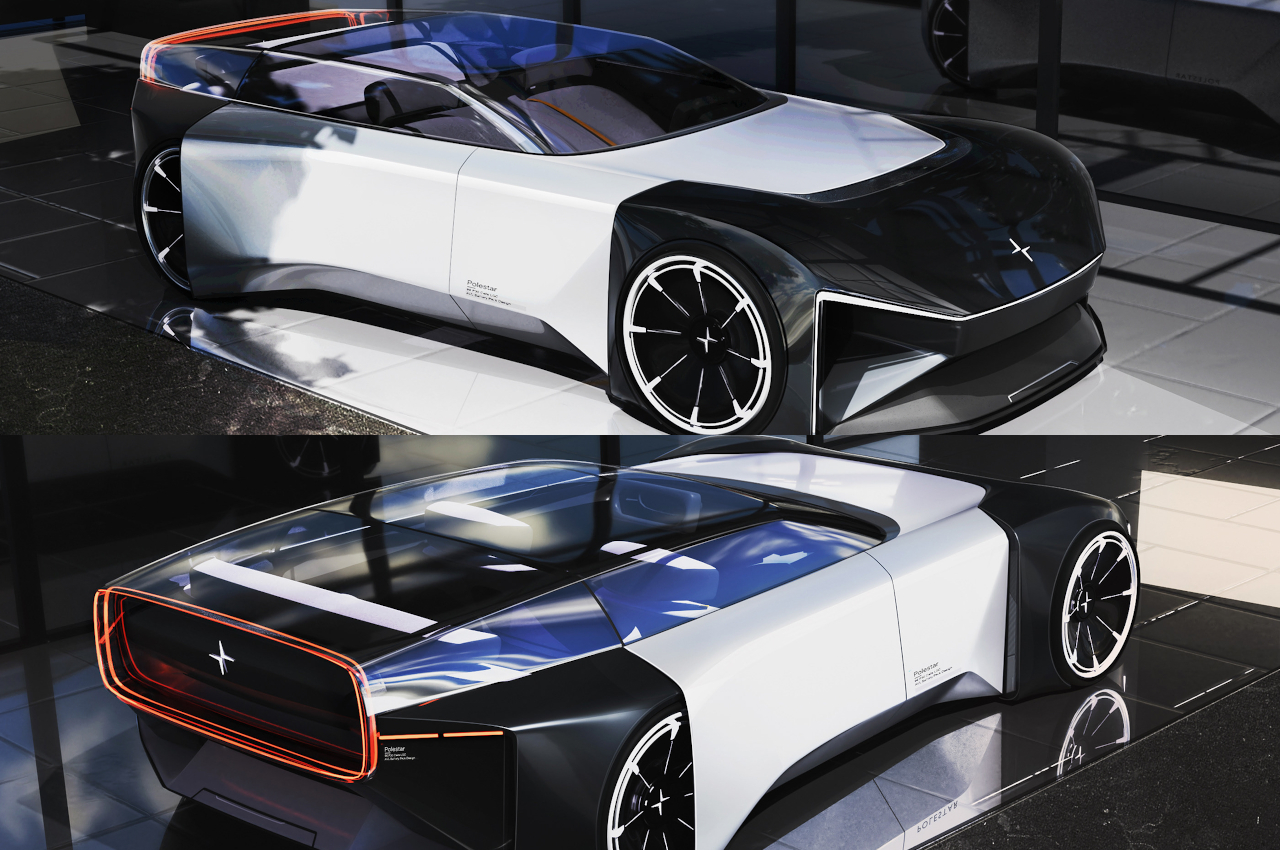 There are plenty of visions and concepts of self-driving cars in the distant future. Some of them retain the conventional seating arrangement inside, just without the steering wheel and with plenty of touch screens. Others turn all seats inward, inviting conversations and social connections while the robot inside the car safely takes you to your destination. There might be times, however, when you just want to sit back and relax, enjoying the skies while coasting the future’s highways. In that future, you might not even have to be limited to your own location and gaze upon the starry skies of Tokyo on your way to work in New York. 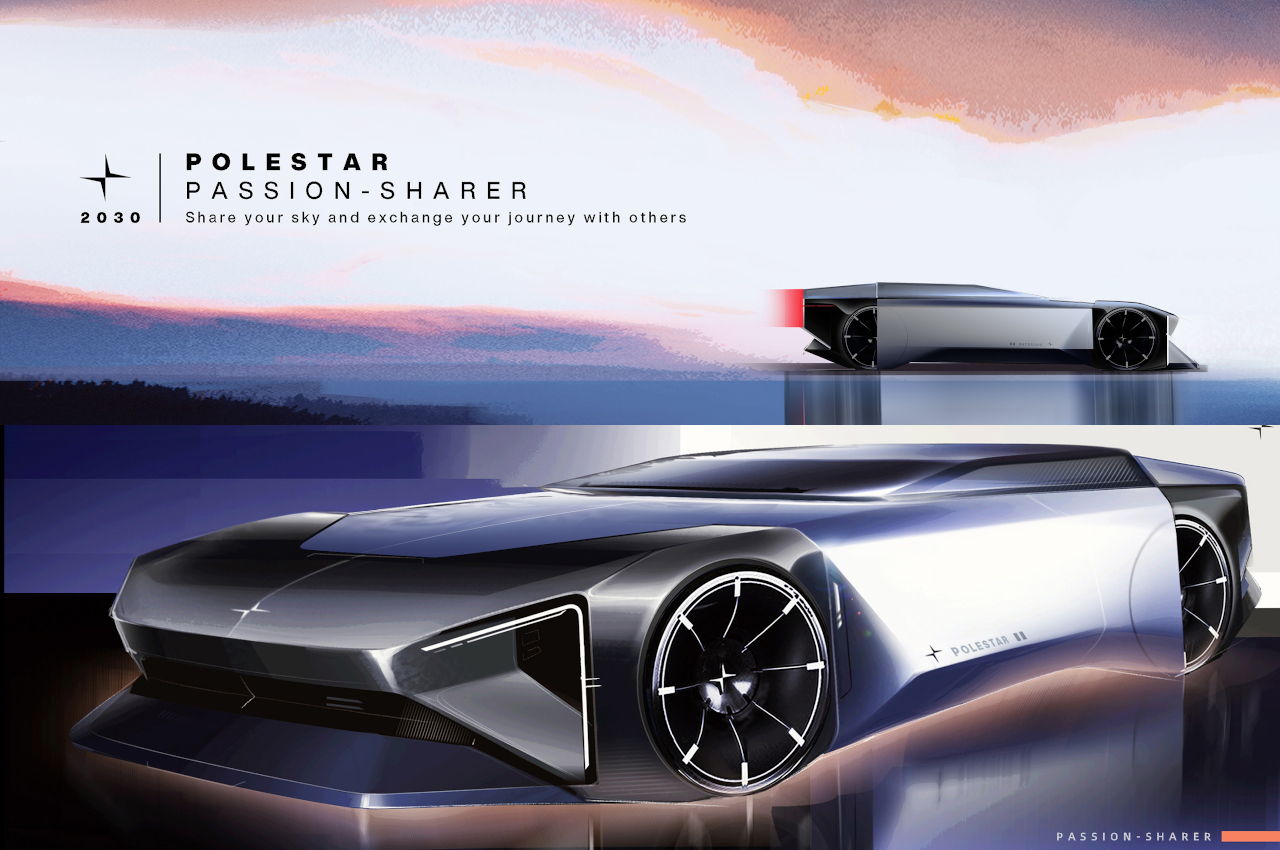 The majority of futuristic car concepts seem to be content with decking the dashboard and windows with screens, some of them interactive even. These utilize almost all visible sides of the car’s interior to maximize the number of things people can see and touch. Strangely enough, all these visions leave out the roof of the cabin plain and boring, almost like they were stuck in the 2000s, a limitation that this Passion-Sharer self-driving car wants to break free from. 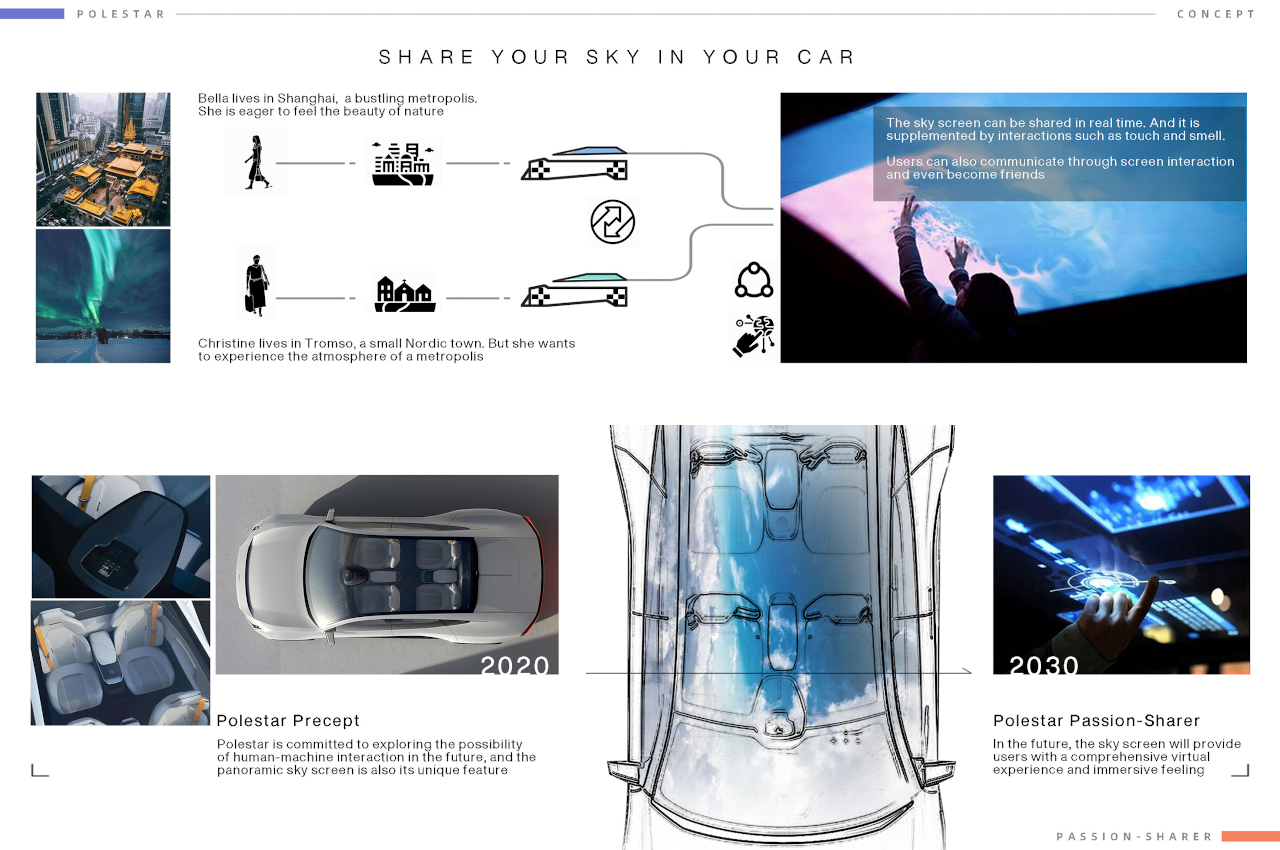 Although mostly inspired by Polestar’s Precept in terms of the basic aesthetic, this concept almost takes the language to the extreme and squashes the car almost to a box. The Passion-Sharer has sharper lines and edges than a typical car, and its lowered cabin makes you wonder if there’s even space for human passengers. 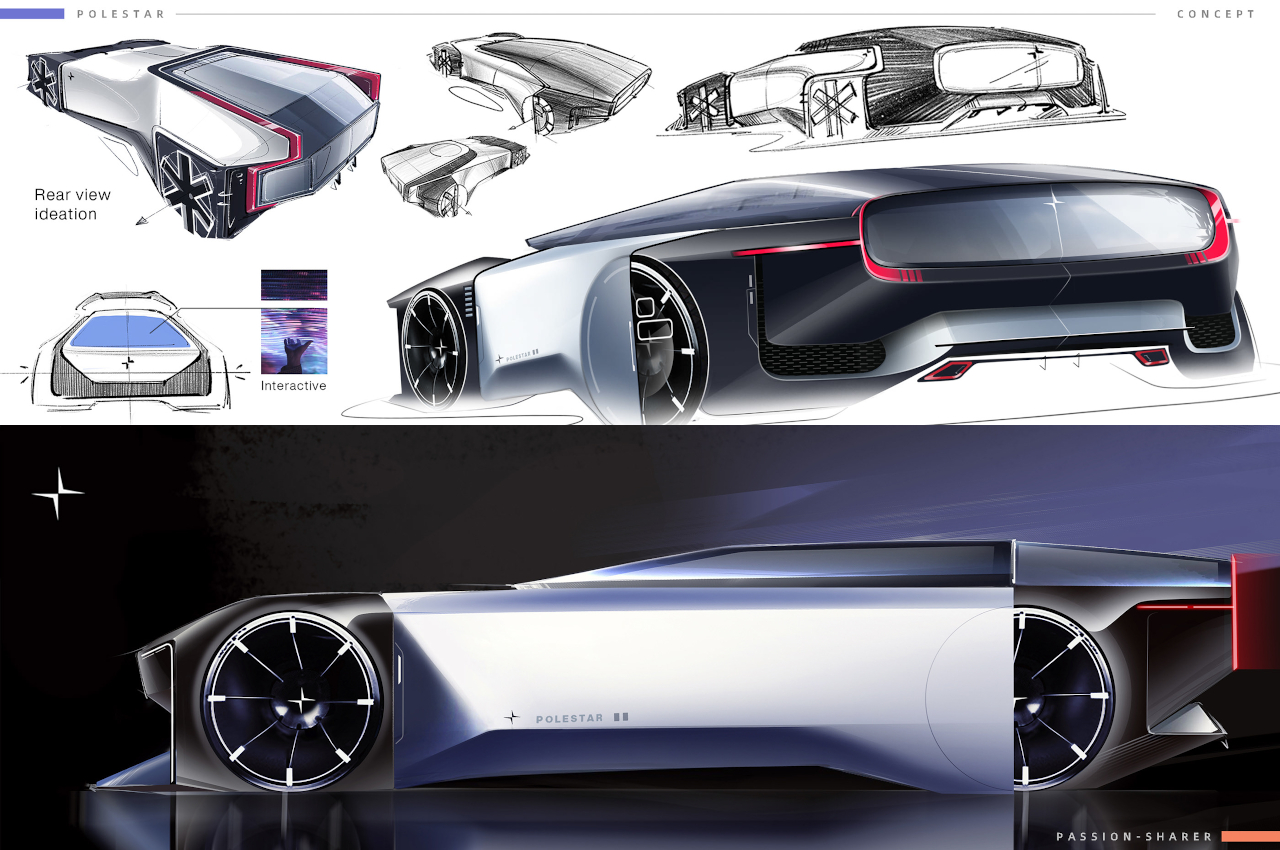 The secret is that the seats are actually reclined so far back that they’re almost horizontal, an angle that is more associated with sleeping rather than riding a car. This odd position is all for the purpose of having a clear view of the tinted roof that acts as the only literal window to the outside world. Most of the time, however, the Passion-Sharer’s passengers will be viewing someone else’s sky, or at least that’s the idea. 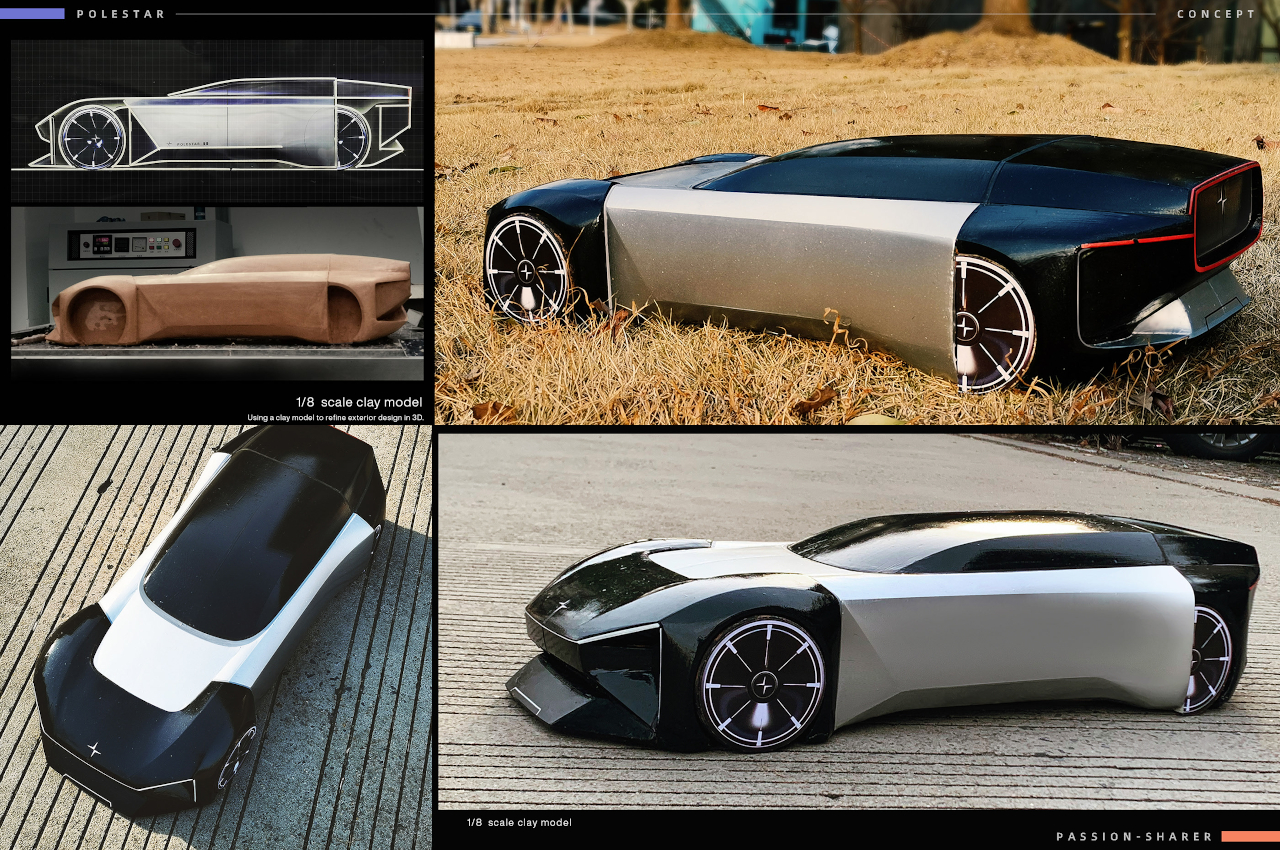 The “sky screen,” as it is called, can display real-time views of another Passion-Sharer owner’s sky, which would make it feel like they’re sharing the same sky. That does require that there are other car owners in transit during that time, though it’s entirely possible to simply have recorded footage for convenience. Of course, that touch screen interface can be used for other purposes, and it might be the only interface available in this car anyway. 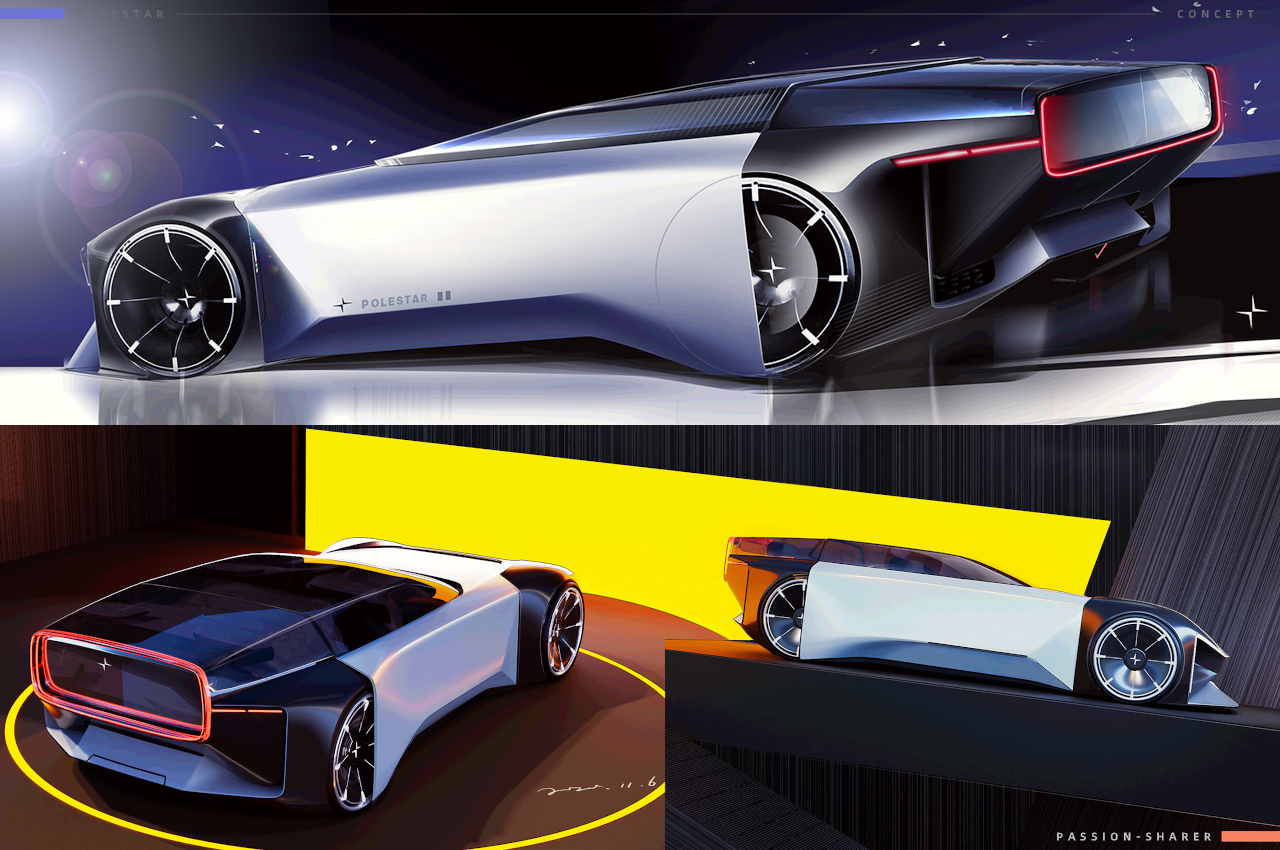 To some extent, this Polestar-inspired Passion-Sharer carries a lot more safety risks than other self-driving car concepts. Given the inclined seats and lack of other direct controls, it would be almost impossible for humans to intervene in case of an emergency. It is a concept that requires autonomous driving technologies to be perfected before people can peacefully enjoy a serene sky without minding the heavy traffic in front of them. 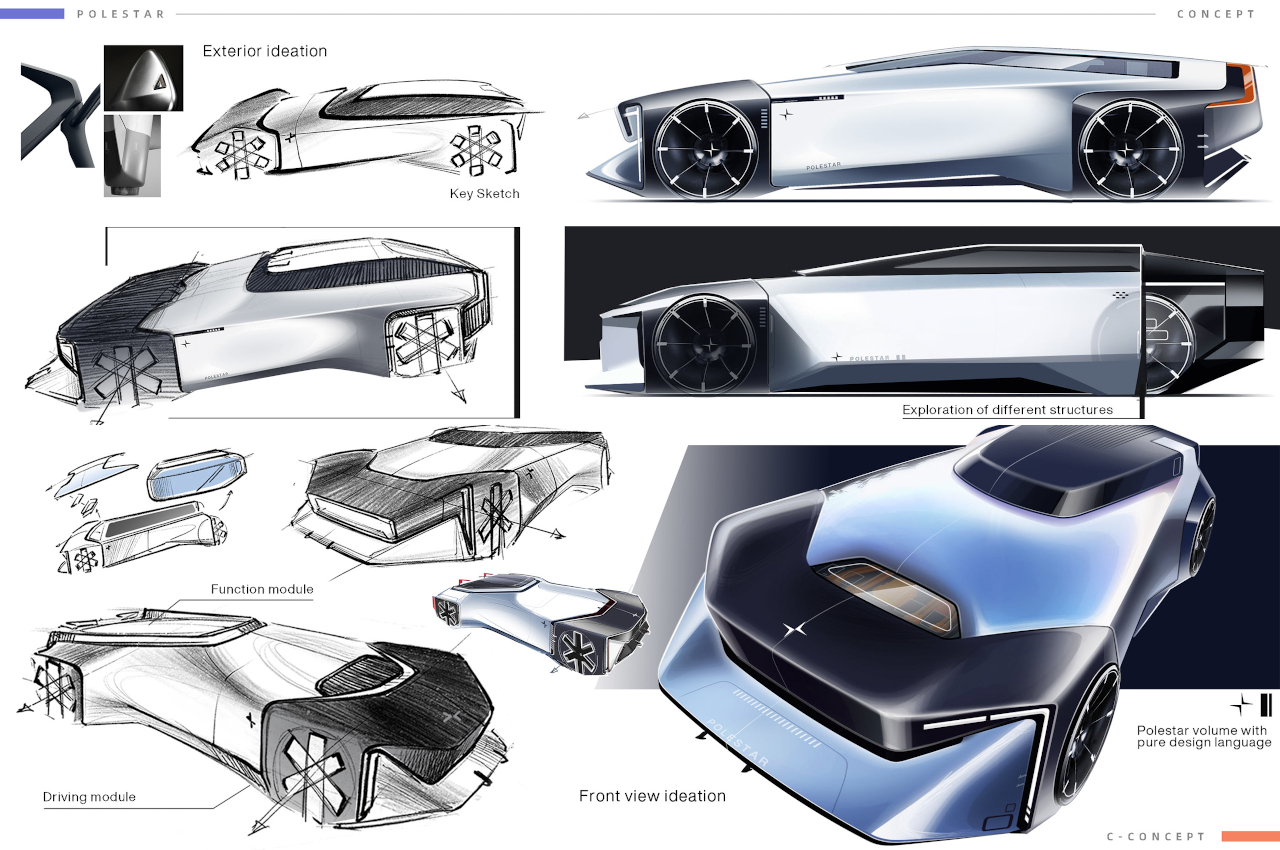 The MX-0 is Mazda’s aesthetically predatory but eco-gentle entry for the LA Auto Show design challenge. This year’s challenge was to envision an efficient, four-passenger…

Designer Bendegúz Asztalos’ vision for an all-new Mercedes Unimog vehicle is specially adapted for something close to home. Inspired by his family’s small vineyard in…