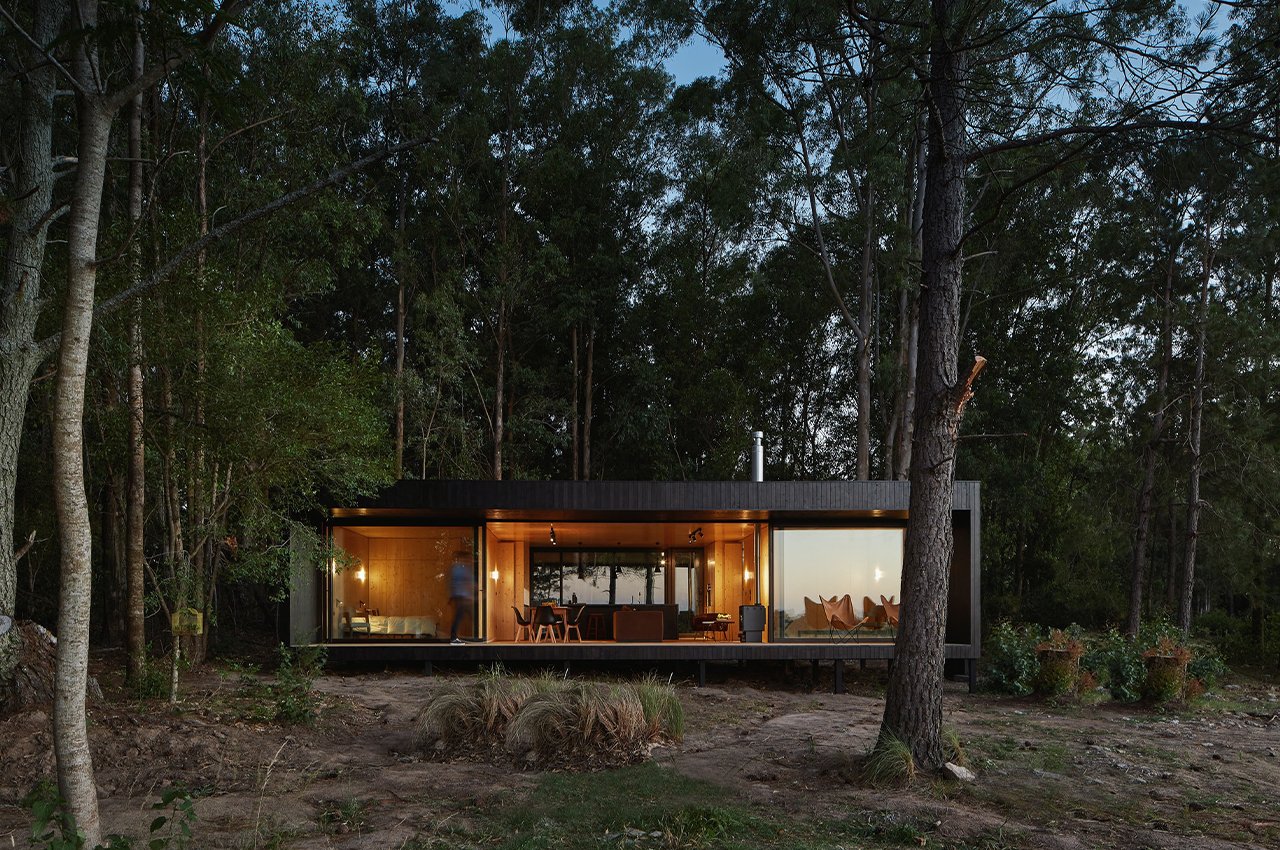 Nestled in the coastal woods of Colonia, Casa ZGZ is a prefabricated, single-story cabin that’s clad in black to hide the modern home in plain sight.

Montevideo-based architecture firm iHouse constructs prefabricated homes using the latest dry construction methods currently trending on the international stage. With only 70 days to build a home for Conrado, an Uruguayan living in London, on his family’s property in Colonia, iHouse was well-equipped to take on the project. Formed by the merging of two modules, Casa ZGZ was constructed offsite and then installed on the family’s property in just five days. 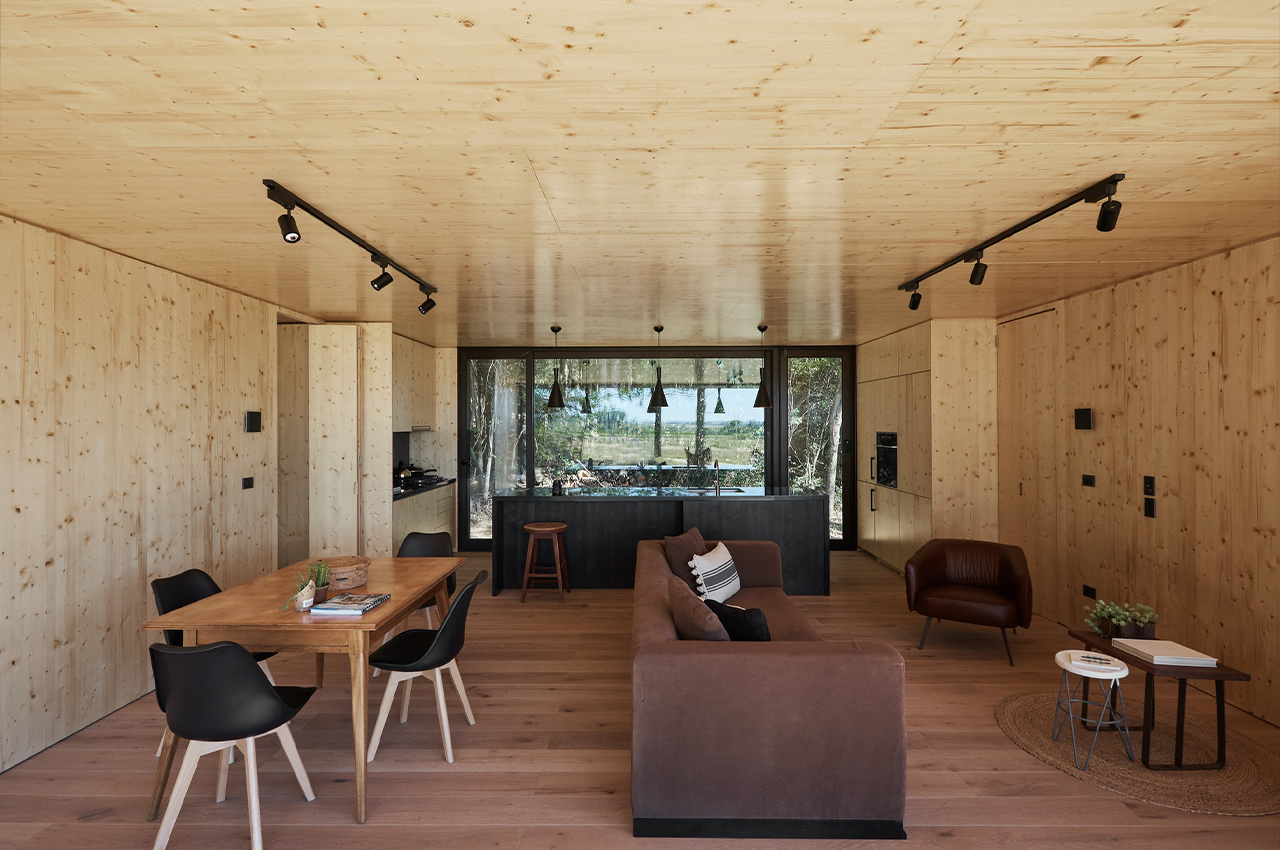 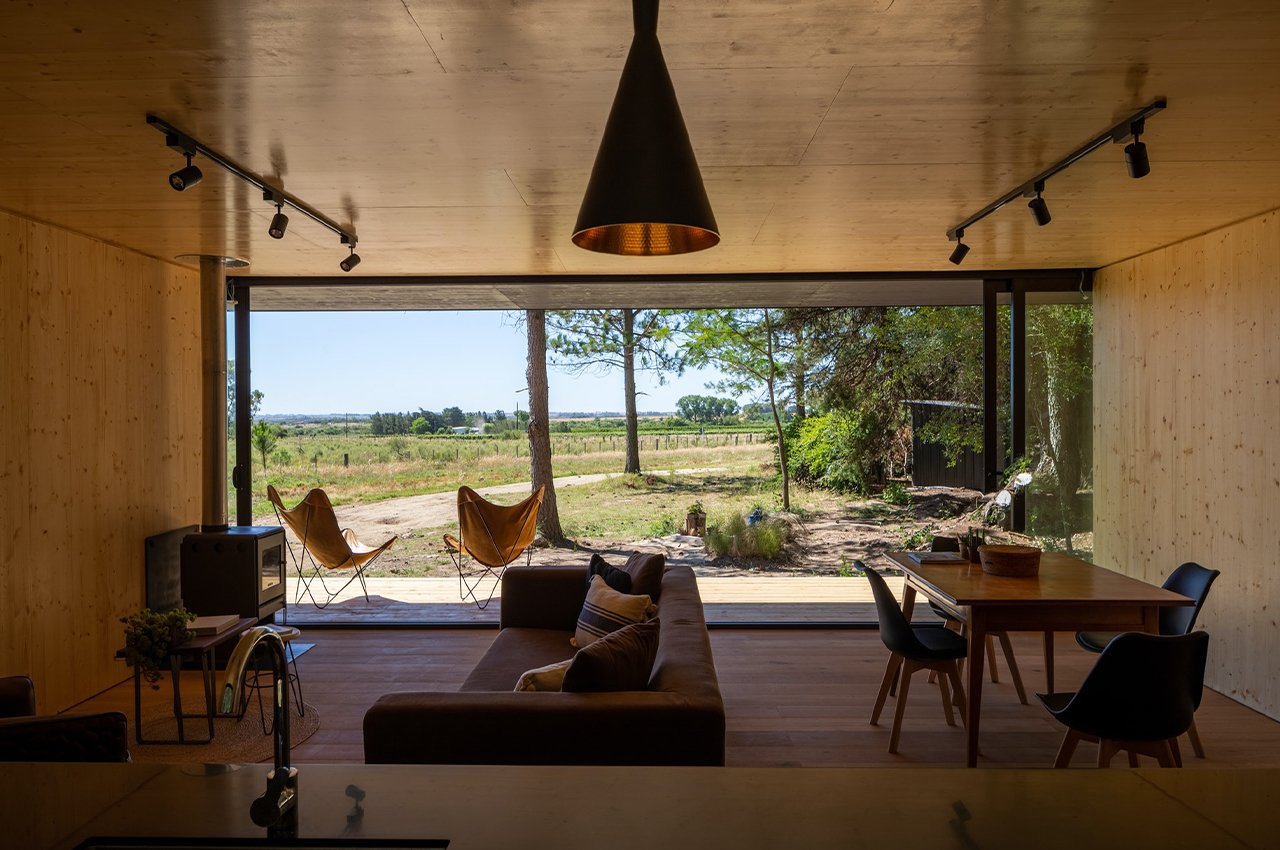 As Colonia is one of Uruguay’s oldest towns, the team behind Casa ZGZ hoped to maintain the spirit of the region’s historical architecture while contemporizing the cabin to accommodate modern needs. The single-level residence is clad in black in an effort to present hide the home in plain sight amongst the many elements of nature that surround it. The black exterior also warms up the home’s wooden interior, which is paneled with wood certified by the Forest Stewardship Council. 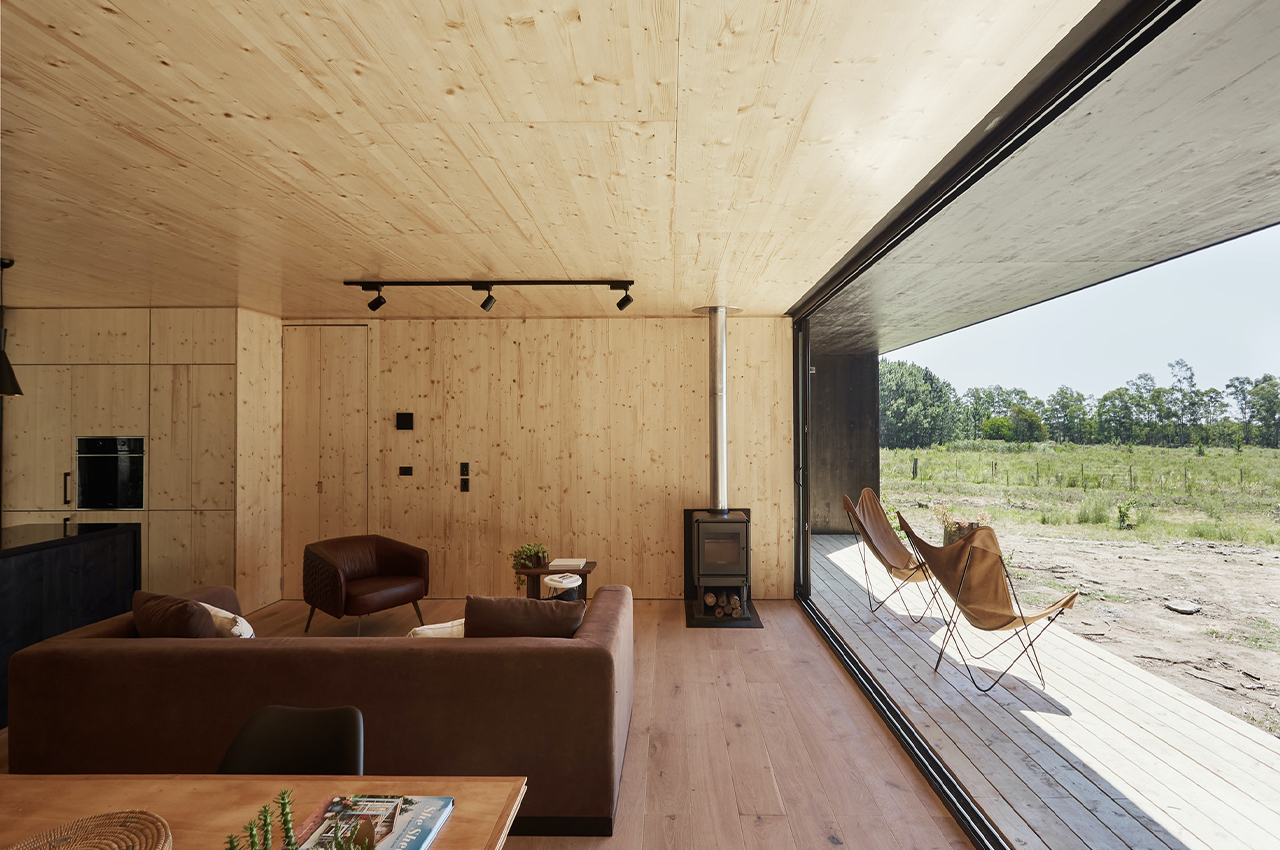 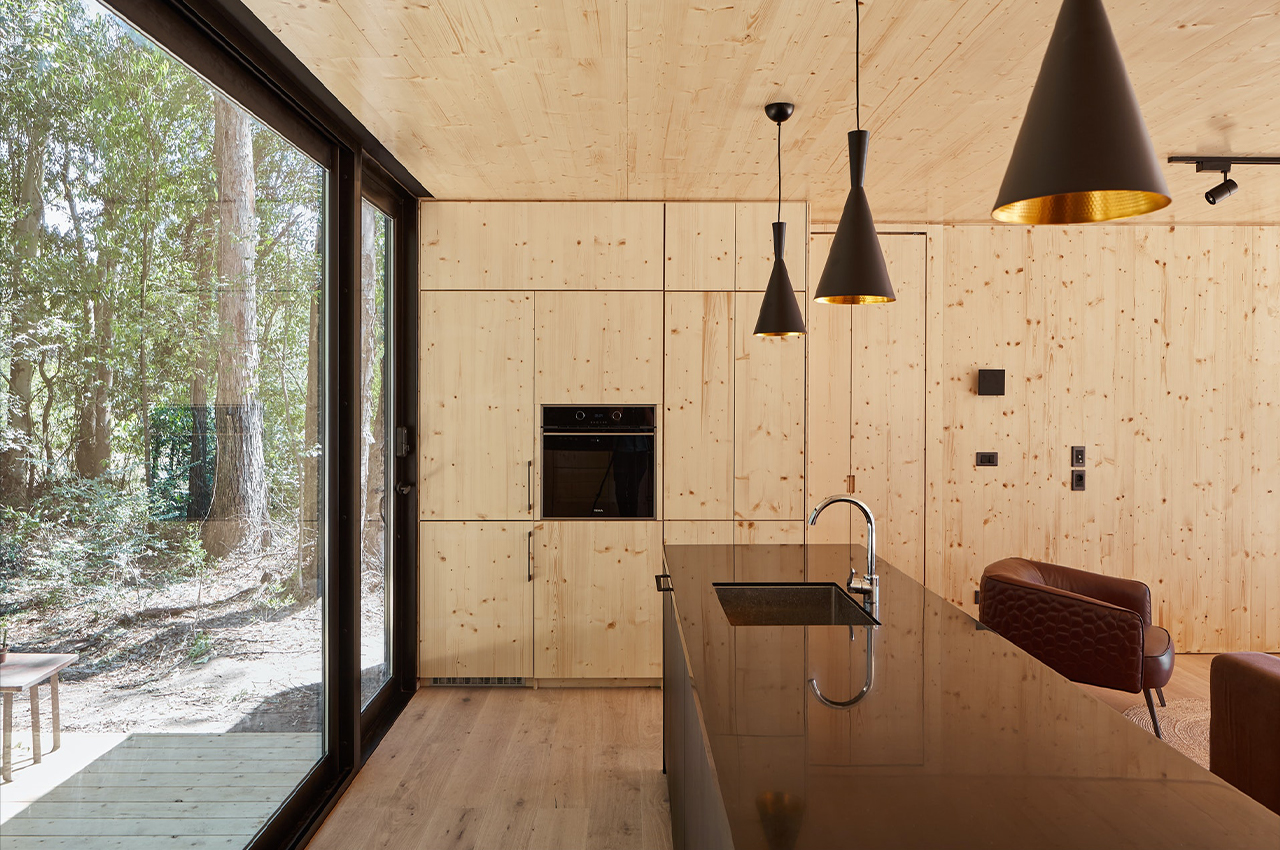 Speaking to this, the firm’s cofounders Marcelo Mederos and Andres Garcia explain, “The commission was to generate a rest home, cozy as are the small typical wooden cabins of the hemisphere where it resides, but in a contemporary enclave that can also withstand the vertiginousness of modern life and contemplate all the comforts of it, as well as rational use of resources trying to minimize the environmental impact.” 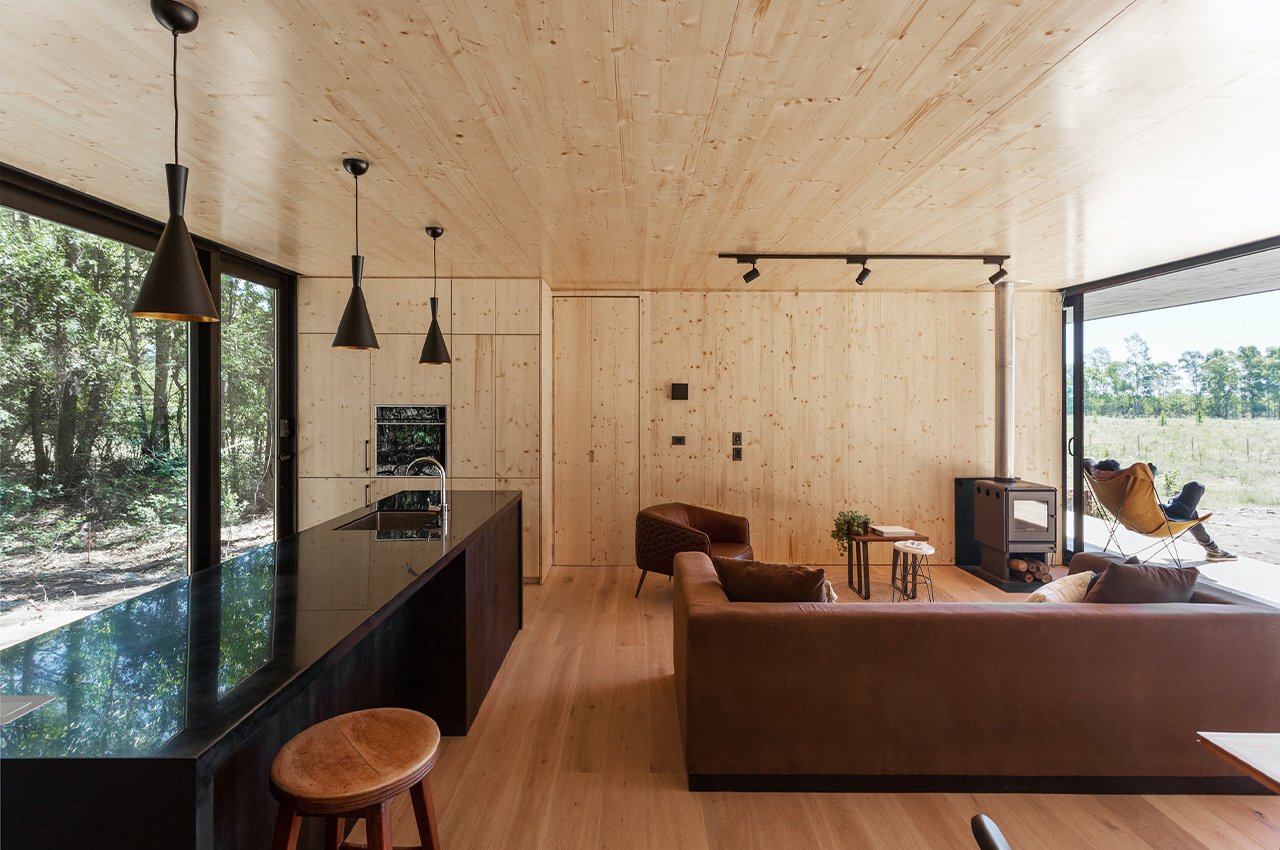 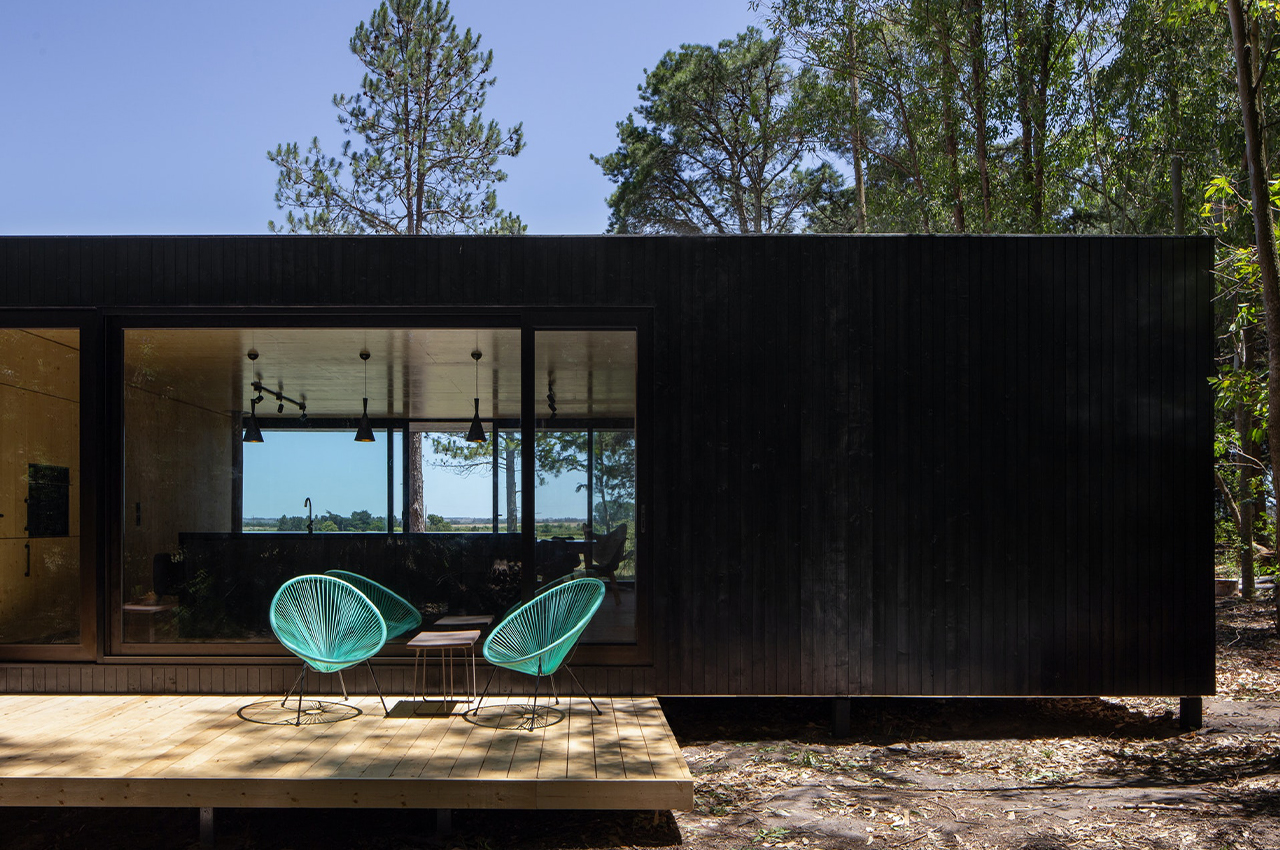 Minimizing the home’s impact on the region’s environment and land, Casa ZGZ was constructed offsite in two modules. Joined together by their longest side, one module houses the home’s wet services, including the bathrooms and kitchen. Then, the other module hosts the bedrooms and common spaces, like the dining area and living room. 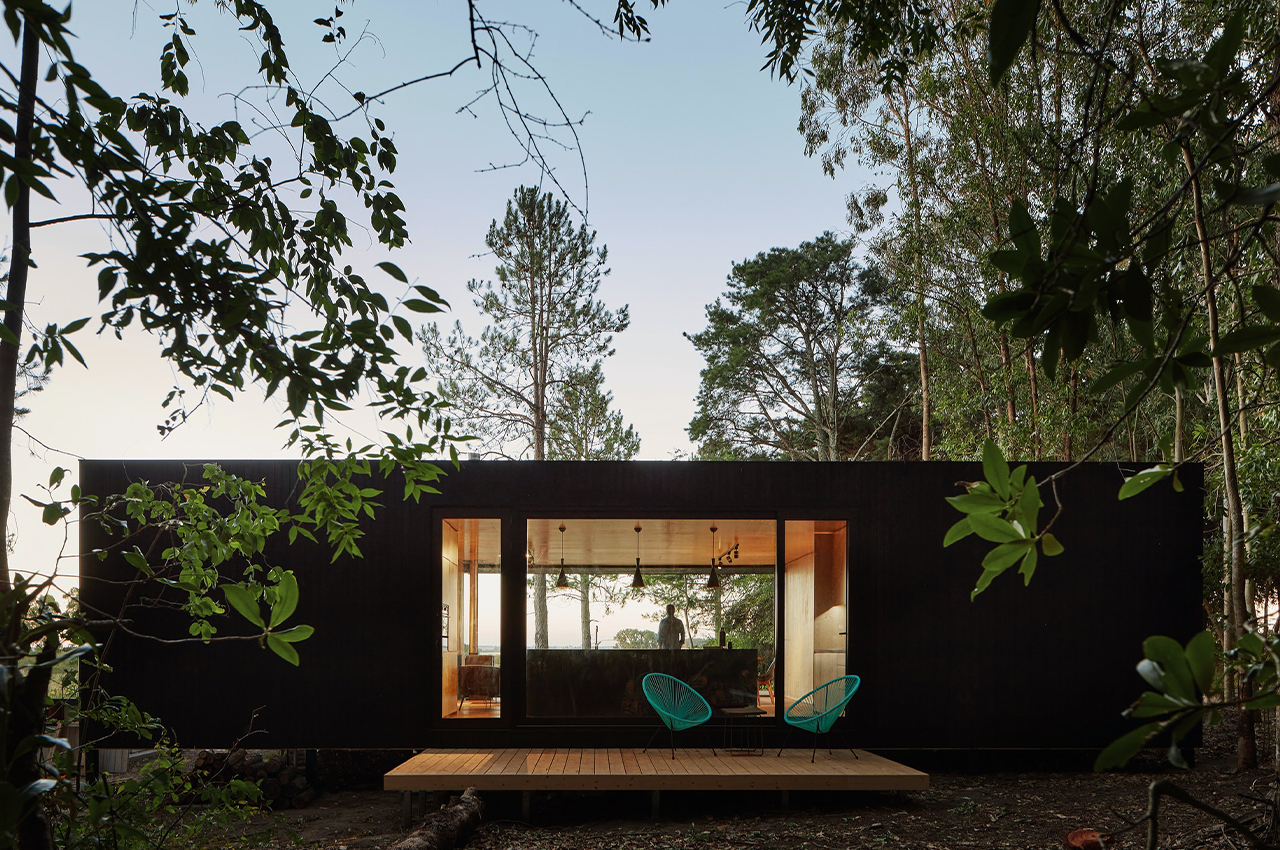 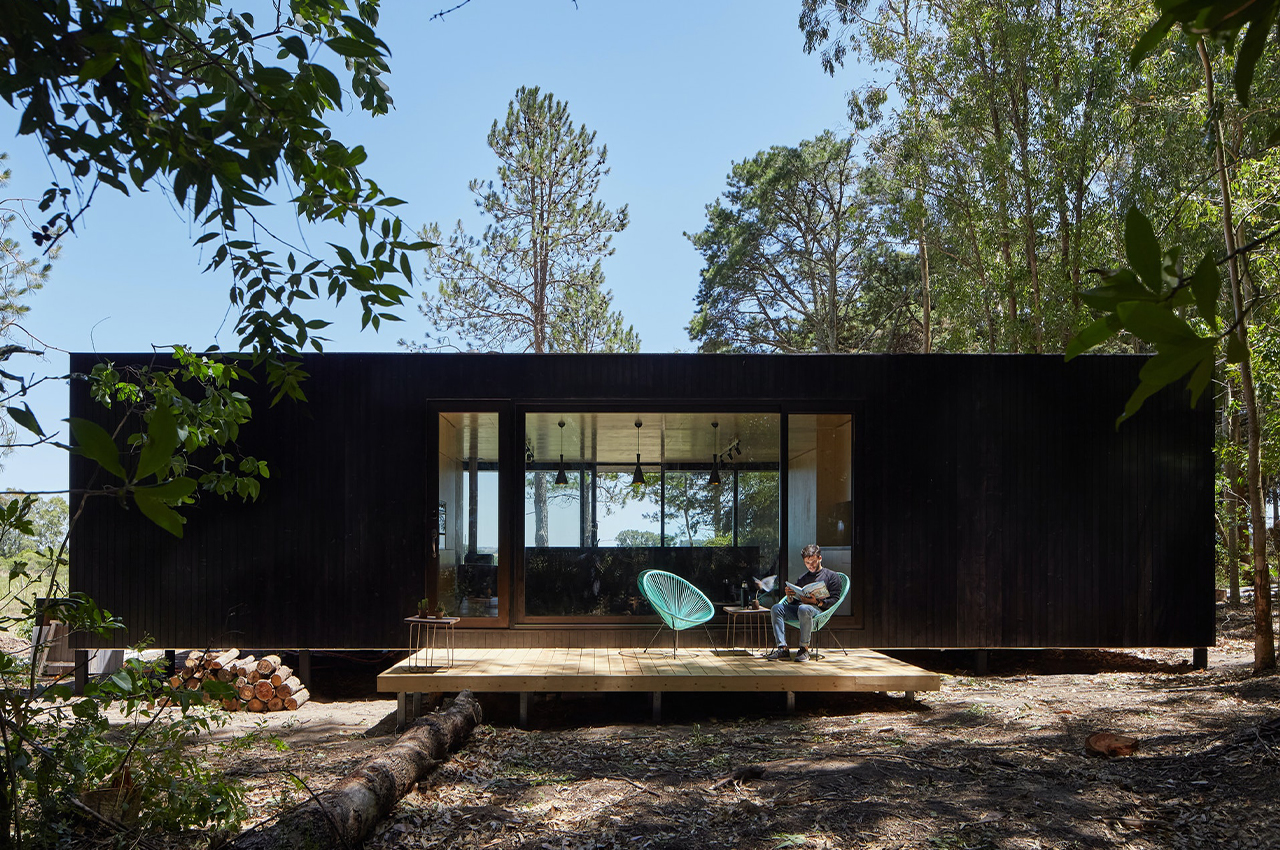 Designed as an artificial structure that “coexists in harmony with a space alien to its language,” it was important for the architects to equip the home in close proximity to the nature that surrounds it. Comprising only one floor, Casa ZGZ finds space and height through an open floor layout and floor-to-ceiling window facades. Describing the creative choice for window facades, the cofounders explain, “The fully glazed main facade with a large gallery allows the total opening of each of the areas of the house, thus virtually expanding its area towards nature.”

That’s another name for this product that I just made up! I mean the name, that is, this concept was designed by the incomparable Amirko,…

If Muji made televisions

I vividly remember absolutely hating Samsung’s Serif TV. I loved the idea of designing a television to fit into a Scandinavian/Japanese styled home, but as…

Nestled in an old apartment building in the heart of Ho Chi Minh City is the quaint and cozy Chidori cafe. Designed by Studio Anettai,…

Mug For My Lips

You wouldn’t think a coffee mug needs re-designing but Jinhong Lin did. Lets ponder for a moment how the liquid moves from the mug into…