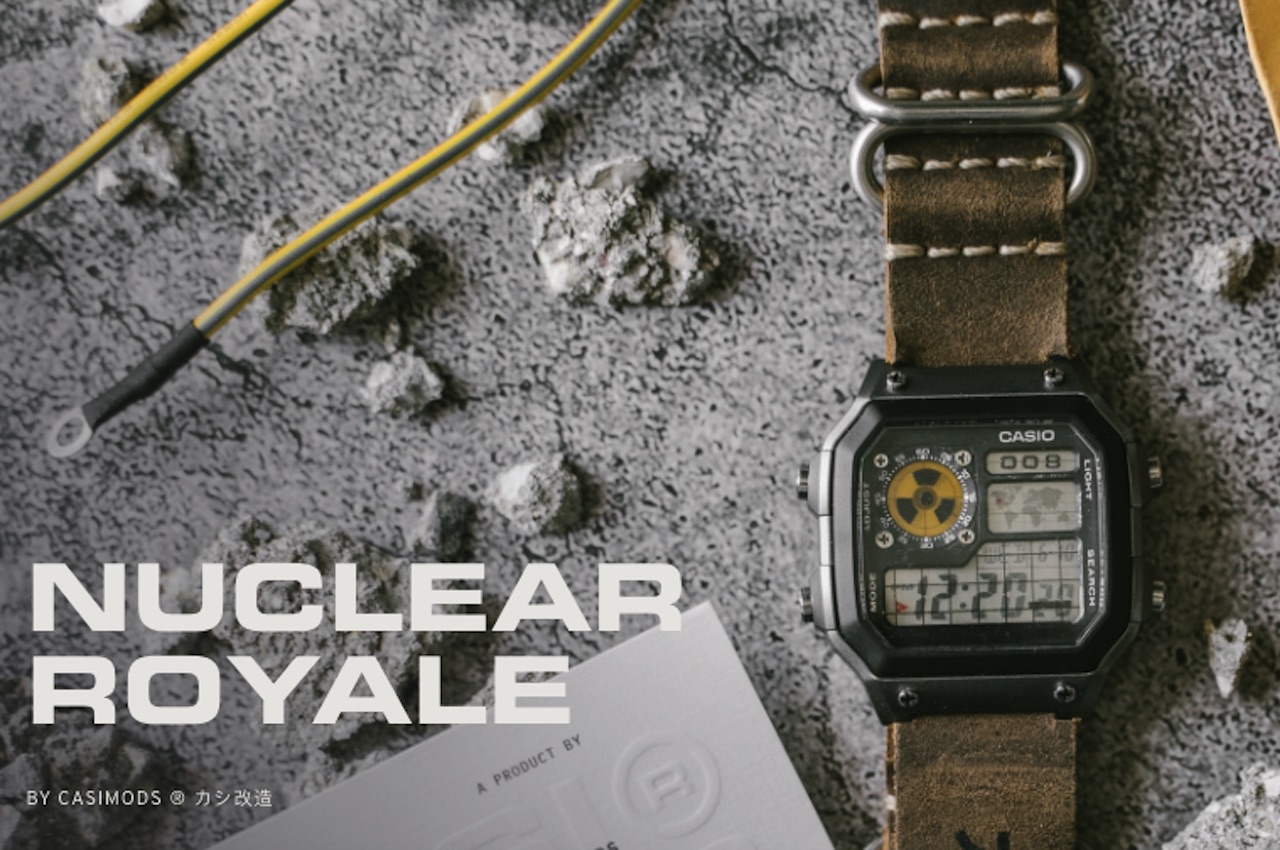 The name of this watch may be a trigger for many people, especially those watching what’s been happening in Ukraine, but it is just a nickname for a regular watch. CasiMods have redesigned the Casio AE1200 and we are in awe at the effort the designer put into it.

The classic Casio Royale model has been customized by Benson C. He has been spending time working on digital watch modifications and finds joy in coming up with unique watch designs. Benson has been saying he is knee-deep in watch modifications, and we can clearly see that in the Nuclear Royale. 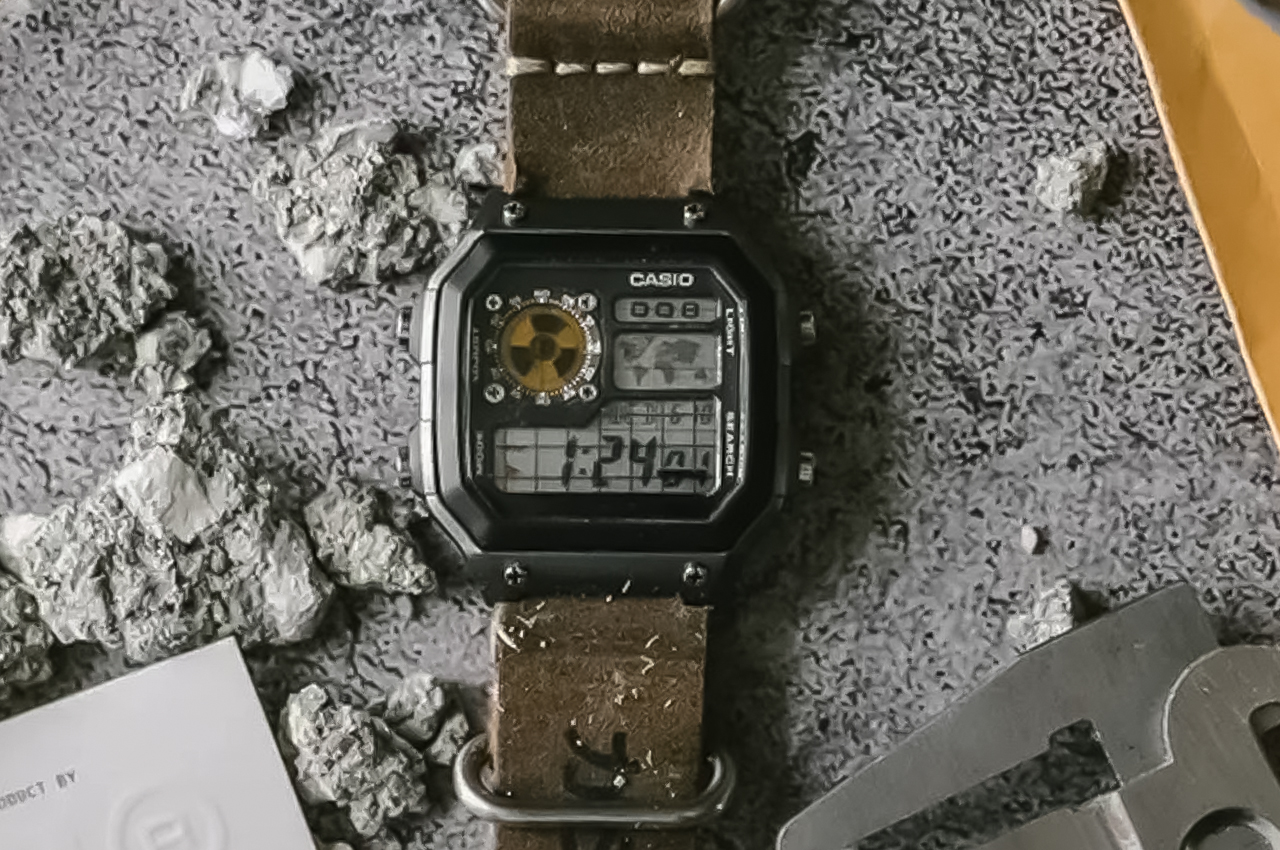 The Casio Nuclear Royale comes with details that are very technical and industrial. The base watch’s aesthetics get some oomph with the addition of the nuclear symbol. Of course, it may not be the best time to be flaunting such a sign, but we’re just looking at this post-apocalyptic design as just another watch to own.

The watch is CasiMods’ 8th project, so you can see the 008 on top of the watch surface. Some of the modifications the designer made include the addition of metal screws and the nuclear sign. In addition, there is a red dot on the map plus a grid window overlay. Notice the minor weather for added effect, which is also evident on the custom zulu strap. 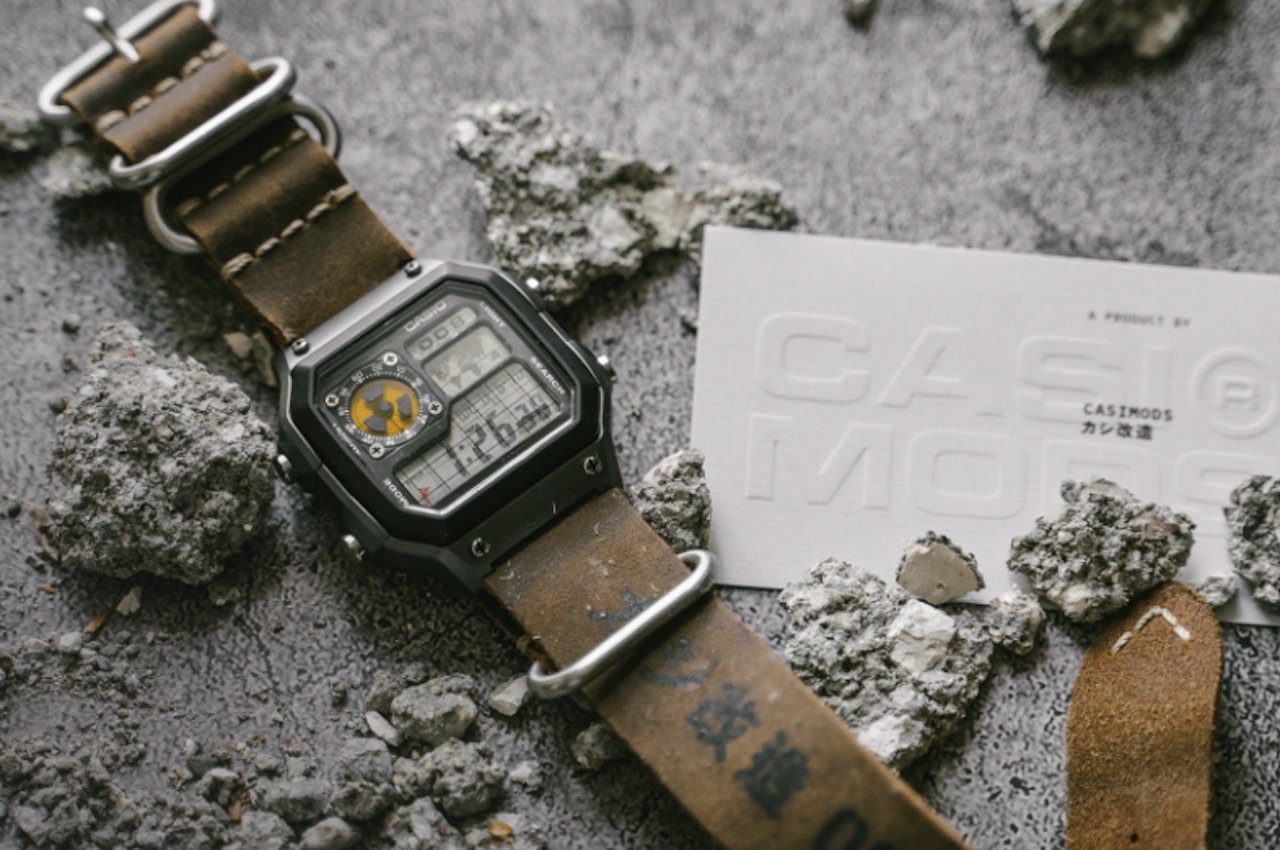 The Nuclear Royale will not tell you when it is time for doomsday. It will just tell you that it’s time to get moving or work on that task you’ve been putting off to do. Whatever that is, we just hope you finish before the deadline. Your work shouldn’t slow down even if the world seems to be getting crueler each passing day.

Benson has always been interested in different designs, including minimalist, technical, retro-futuristic, and military. He implements those designs in different watches, as seen on other versions of the Casio AE1200, including The Greens and The Mountaineer. You see, there are other Casio Modding enthusiasts, so the Nuclear Royale definitely has an audience.

The designer uses dramatic and animated aesthetics for the digital watches as they are easy to apply. He also implements weathering and ads more hardware for effect. To goal of this Casion modder is to deliver wearable watches that have their character. 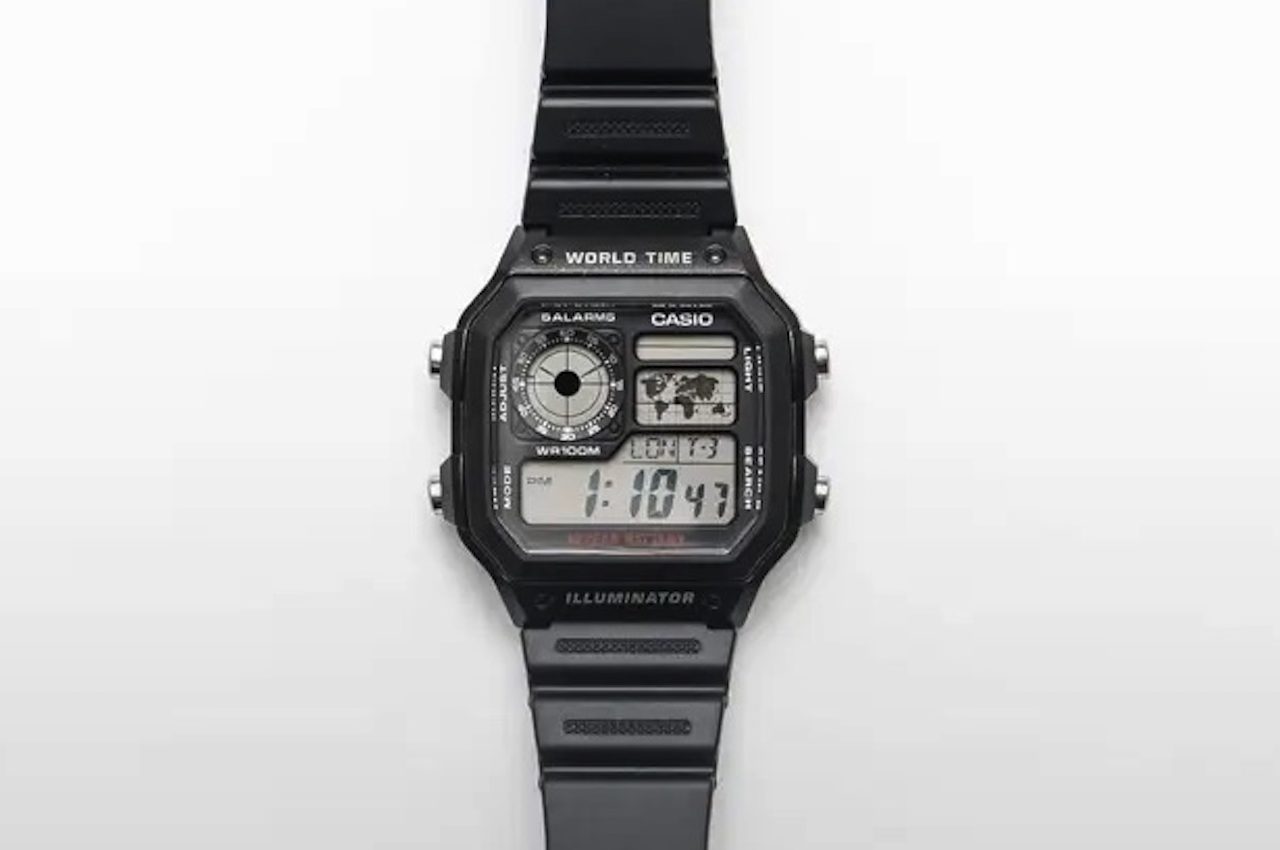 To review, the base model is a Casio AE1200. It is a basic digital watch that offers world time and an LED light with Afterglow. It comes in a plastic body with an LCD. It is a multifunction watch with a battery life that can last up to ten years. It is not a rugged watch like the G-Shock but is ready for rough use. It also offers a 100m water resistance, so the watch can stay safe underwater if you drop it or if you’re diving.

Casio often revives the classics with modern versions. While the Nuclear Royale isn’t an official product from Casio, it certainly commands attention. The watch can stimulate your imagination as the theme is relevant these days. We are not anticipating World War III, but with this watch, you can probably contemplate what’s been happening. We know we can only do so much, but we can start helping by not being apathetic and unaware of social issues. 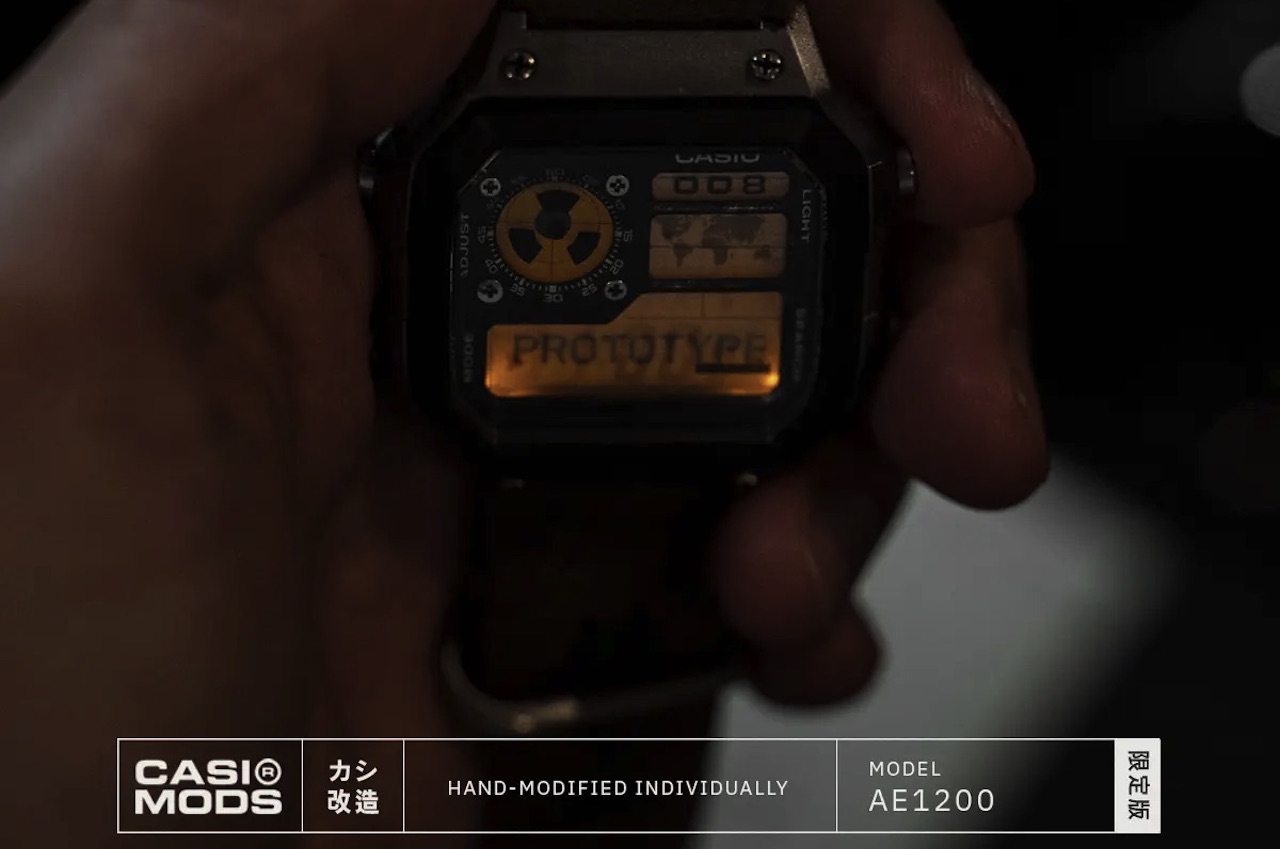 Custom Casio watches are nothing new, but we find them more interesting these days. It doesn’t have to be expensive or shine like a diamond for a watch to stand out. It only needs to look different from those you see in the market.

Casio watches are not that expensive, so you can do anything you want with them. We remember that quirky Casio Vintage Pac-Man Edition Watch and the Casio concept that arrived with a removable face dial. Only true blue watch collectors may understand the hype, but there is something more special about owning timepieces that you cannot find anywhere else. Good thing there is CasioMods for designs you won’t usually see anywhere else. 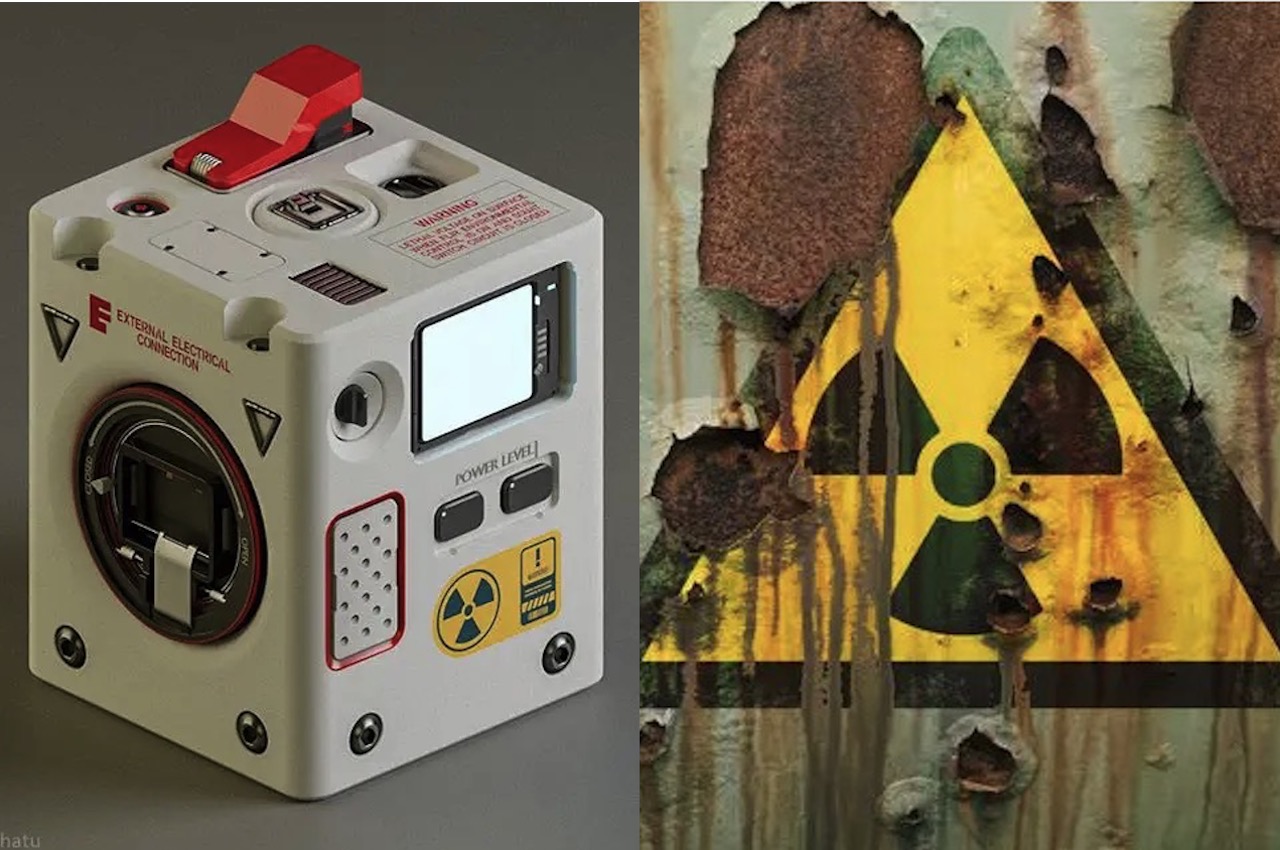 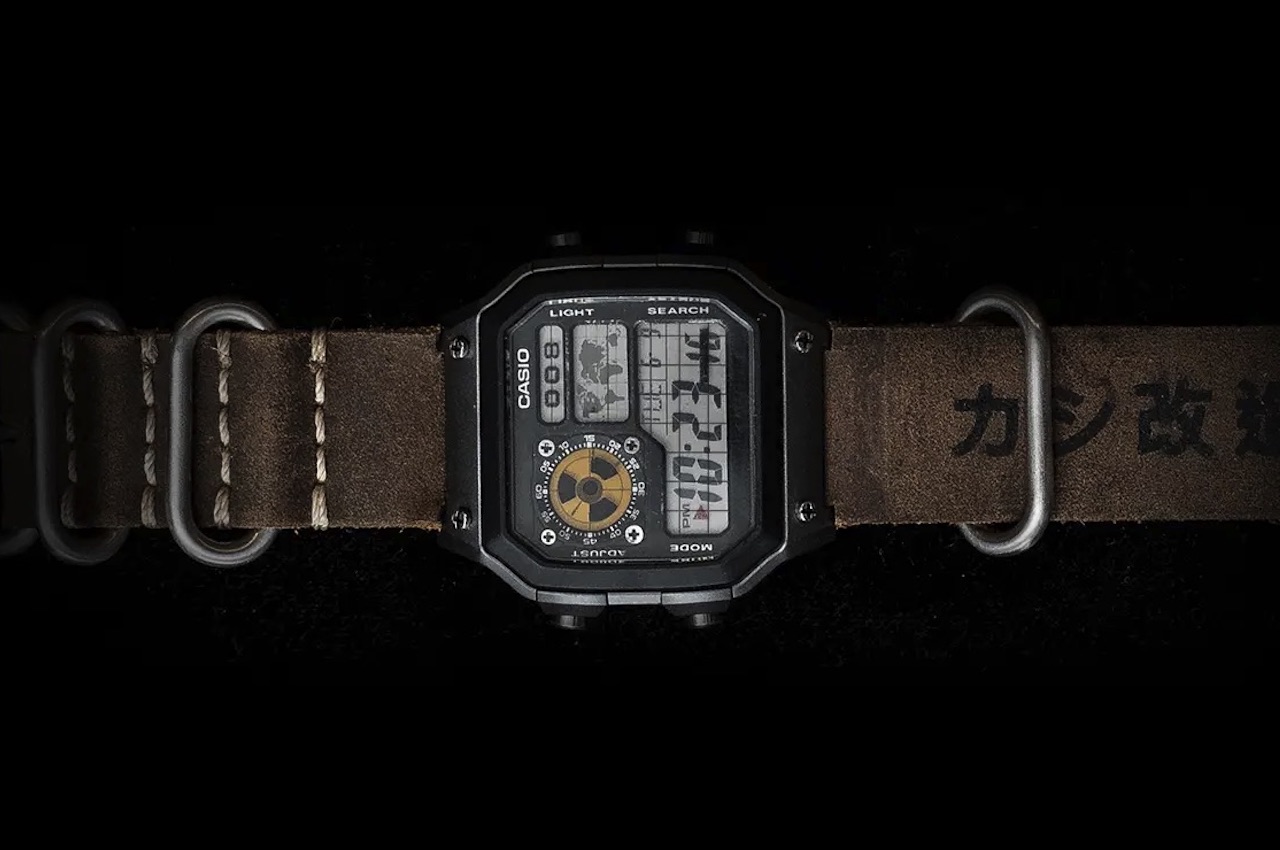 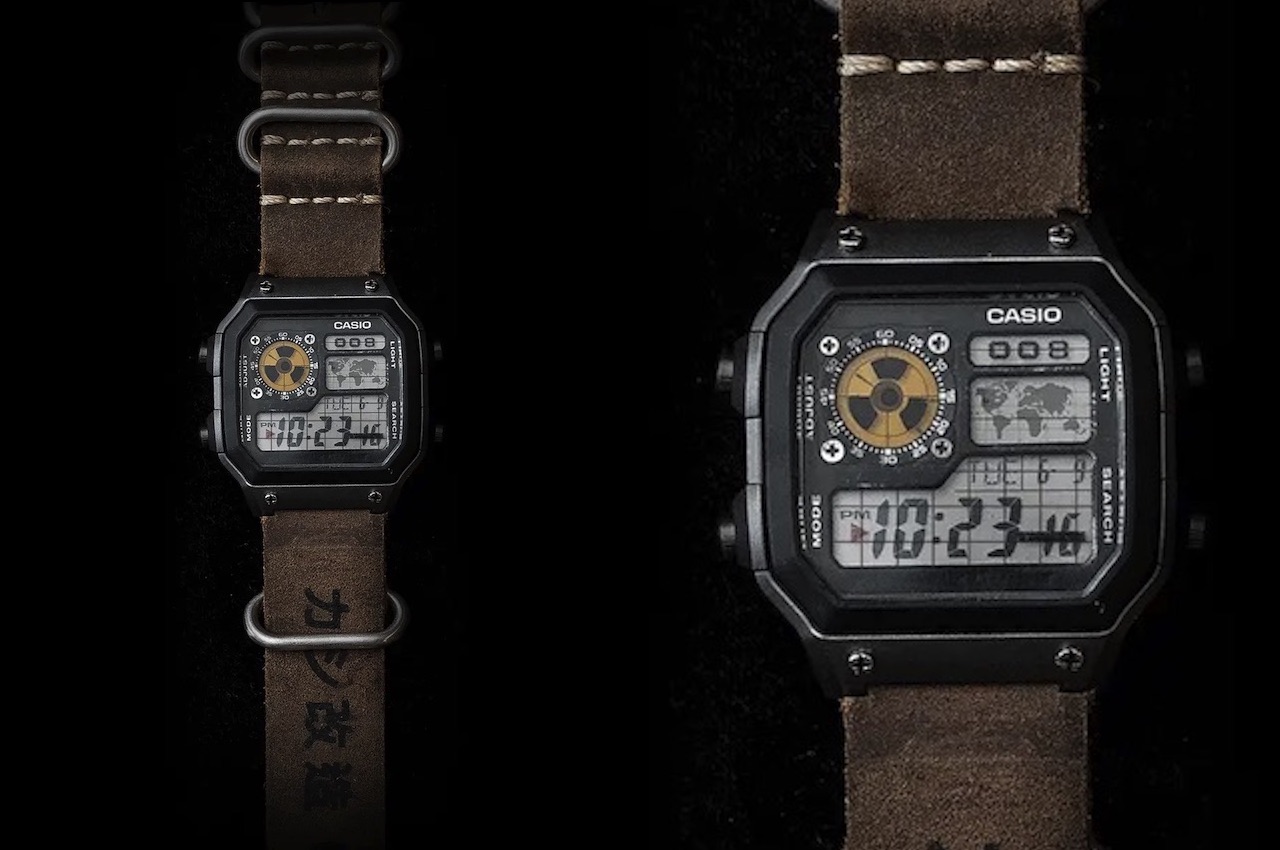 We’ve recently seen a rise in gaming chairs that would make your gaming desktop rig cry. To call them a chair might be an understatement,…

Do you want this shirt to-go?

The fashion domain has flourished and flourished so well. It’s silly to see how fashion logistics isn’t a thing. The Takeaway hanger-bag is a concept…

The first step in ensuring your passport, cards, or money doesn’t end up getting left behind… or stolen. The AirTag Passport Wallet comes with a…