Given that we’ll probably be inhabiting Mars in our lifetime, it makes sense to have a clock that records the time on both our planetary homes.

Meet the Behrens B025, also known as the MARS Project ONE. While even the fanciest of watches only go as far as showing you moon phases, the B025 takes a couple of steps further, showing you the exact time on Earth and on Mars… WITH time zones! The B025 does this by basically deconstructing the regular watch and recreating it in a new way altogether. The watch sports a radically new face that takes a little time to get used to. However, everything is arranged vertically starting with two rotating planets on the top to indicate their rotation, subdials right below to show you the day of the week on both planets, a date window, and rotating cylinders that read the time in hours and minutes, for Earth as well as Mars. The B025 – MARS Project ONE is an automatic wristwatch that’s based on a highly re-polished and re-decorated Swiss Cal.SW200 automatic movement. However, to get it to display time on two planets simultaneously, Behrens made some modifications to the movement, resulting in something that’s quite literally otherworldly! 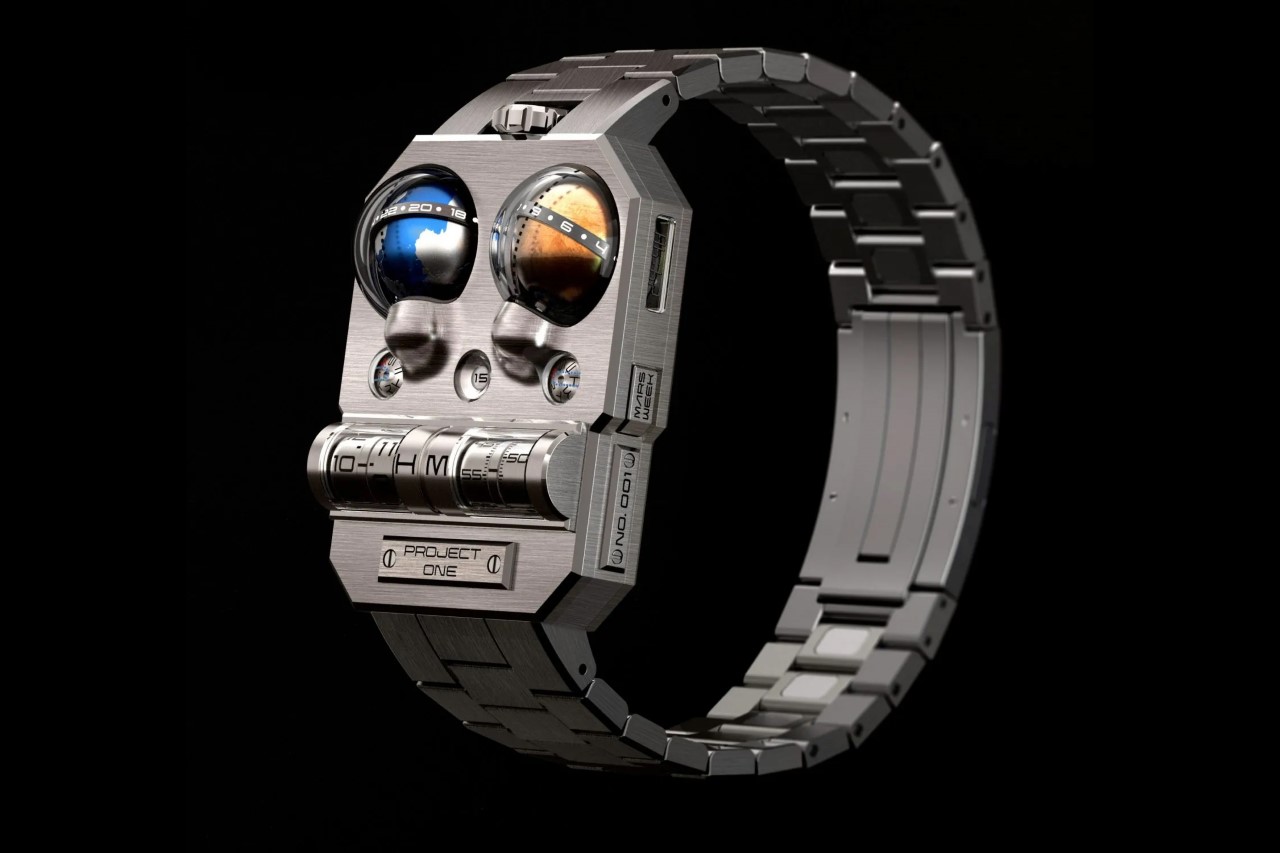 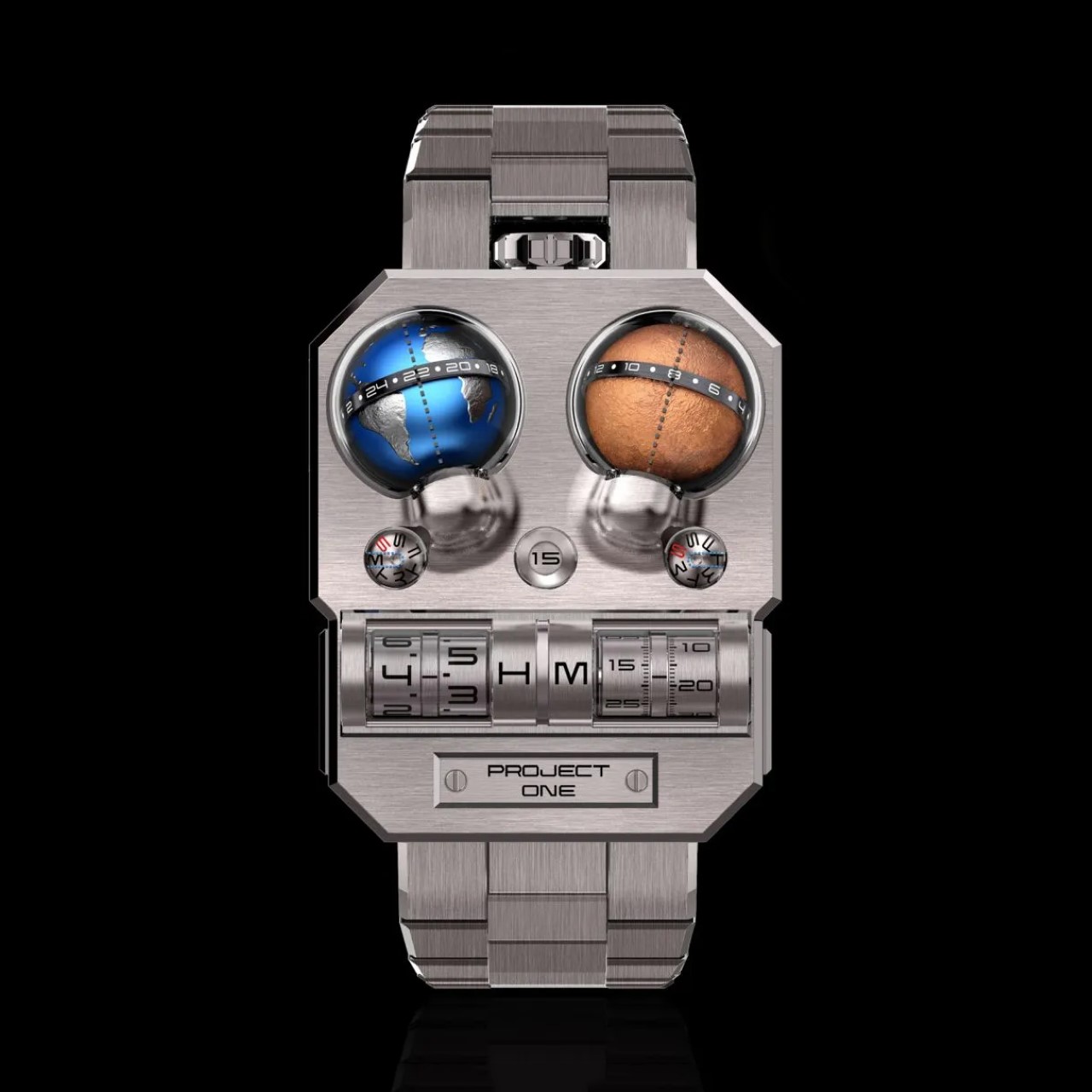 The watch comes encased in a titanium outer shell, with domed sapphire crystals on the front and even the back to encase the watch’s intricate assembly. The watch’s time is controlled by a crown that’s located at the top. I’d say 12 o’clock, but this watch doesn’t have your average radial dial! The watch also comes with luminous elements, on the subdials, rollers, and even the rotating planets, allowing you to comfortably read the time at night. 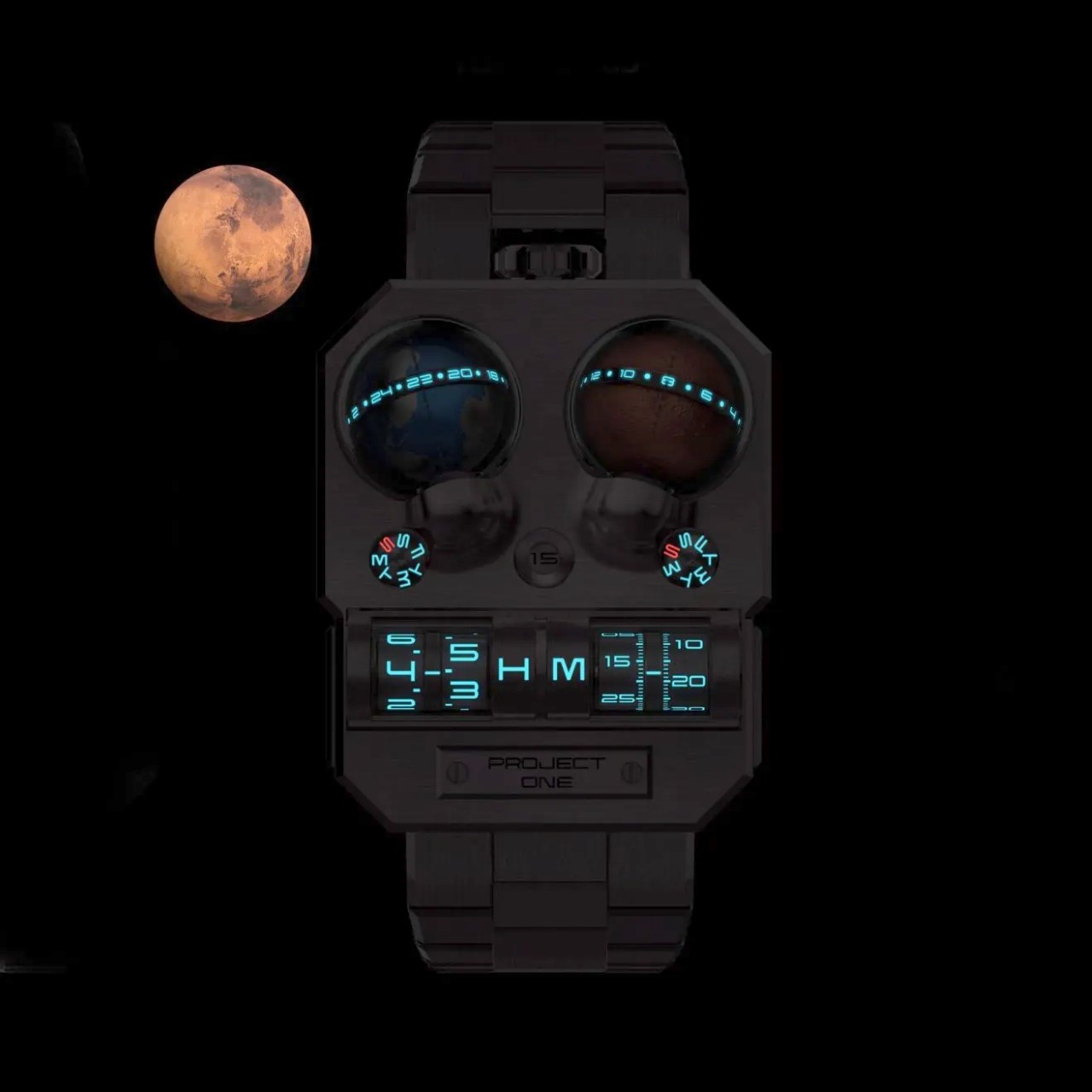 The way the watch works is rather unique. It makes a few adjustments, given that both the planets have different day lengths. A day on Earth takes 24 hours, whereas a day on Mars takes marginally longer – 24 hours and 37 minutes, to be precise. To account for this disparity, the makers adjusted the speed of the Mars clock to match the Earth clock, with 24 hours on it too. So that the watch doesn’t have to manually reset to 00:00 after 24:36, the makers made the slight compromise of synchronizing the Mars clock with the Earth clock, matching them both to 24 hours. That does mean that there’s a slight time inaccuracy as the day progresses, but then again, it’s a marvel of engineering to have something this capable in a device this small, running purely on mechanical parts! 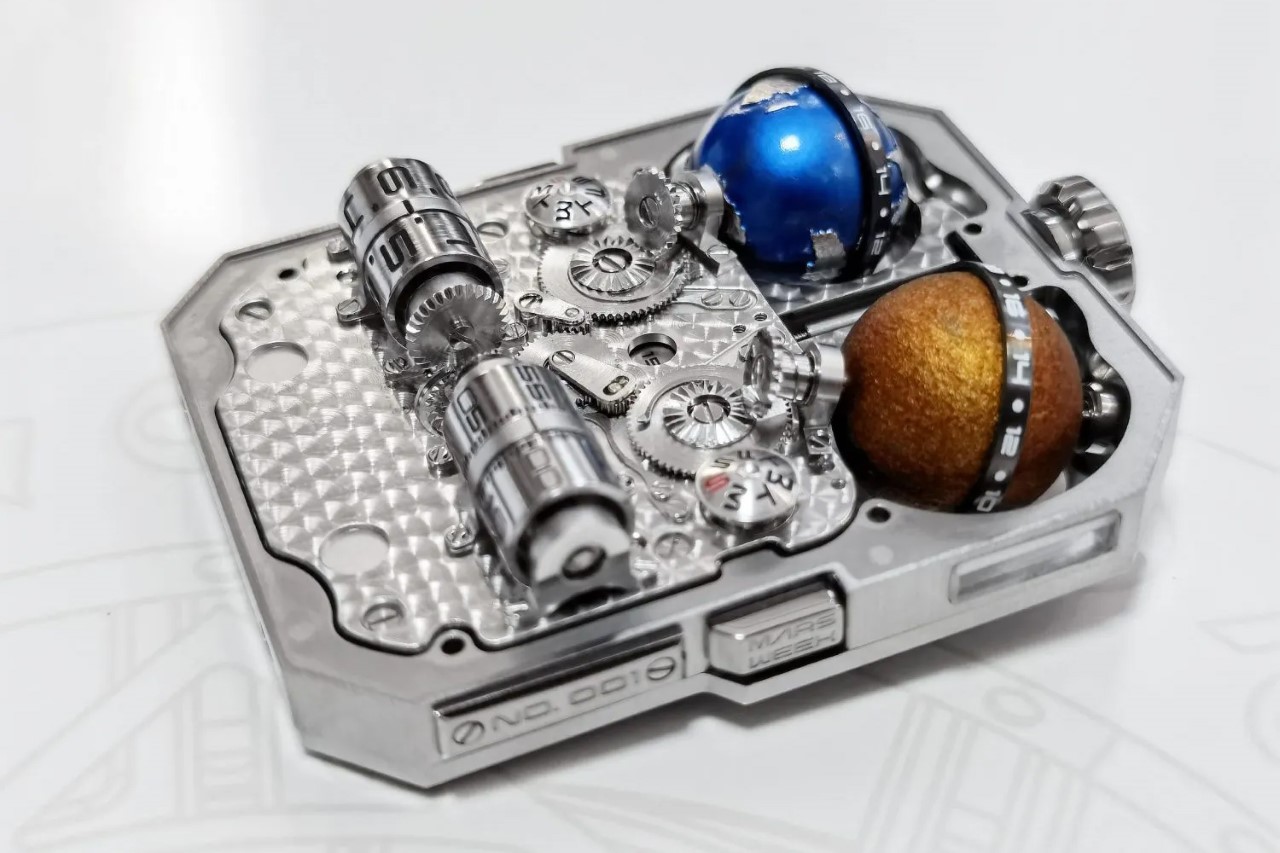 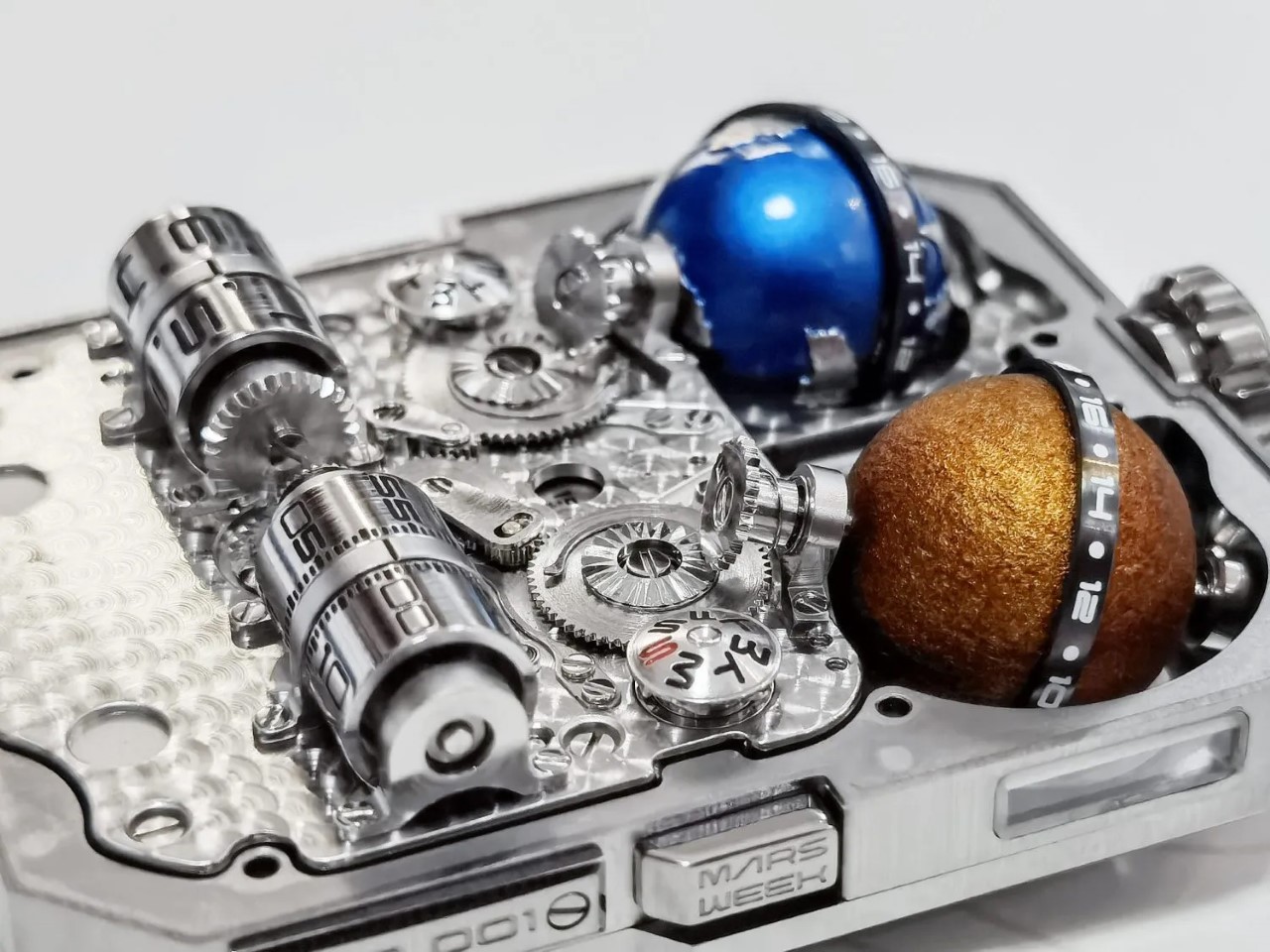 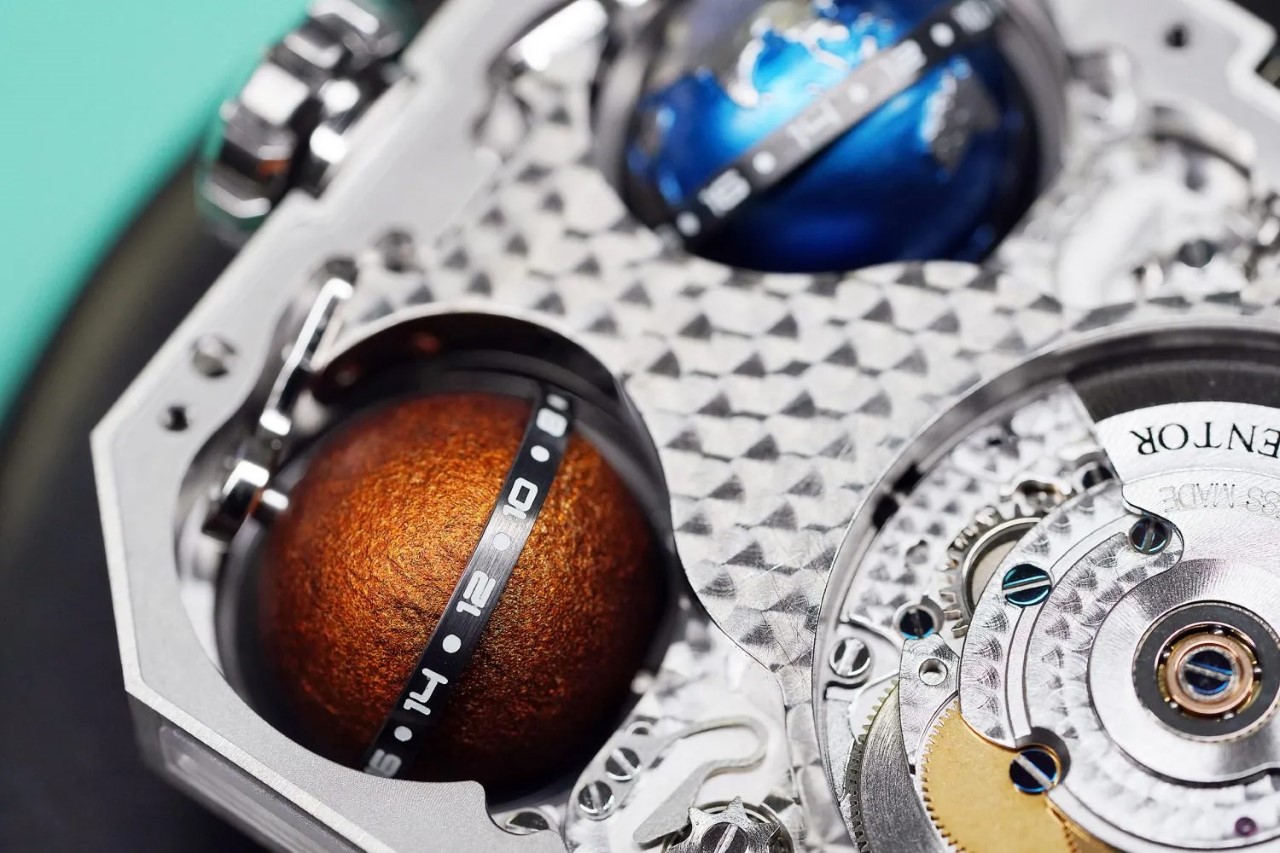 The B025 MARS Project ONE doesn’t come cheap. If you want the time on multiple planets on your wrist, be prepared to shell out as much as $9,125 to snag one of these on Behrens’ webiste. 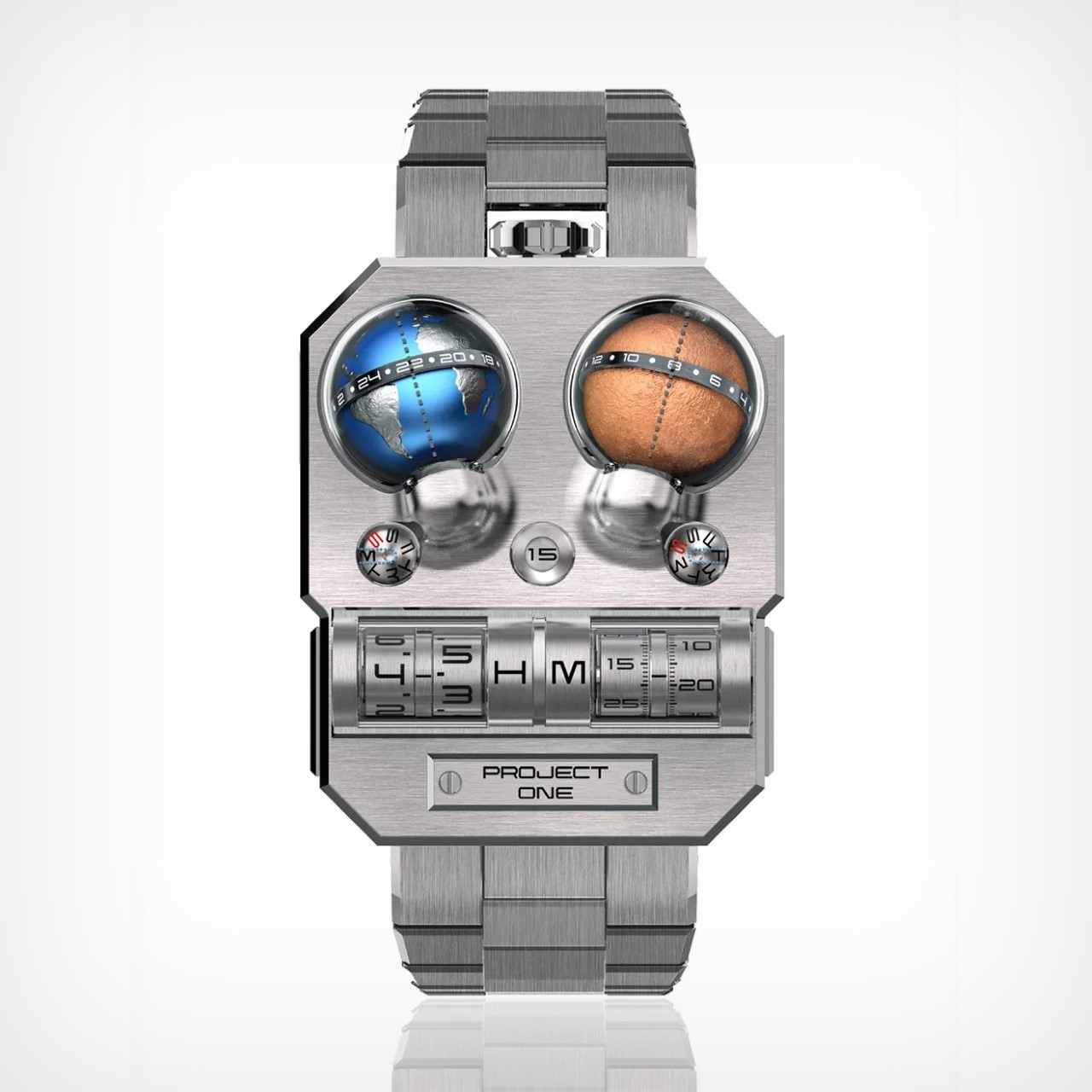 This sleek hyper boat with a gorgeous translucent hull is styled to deliver speed in its tiny package!

A speed boat made for the influential lot, who crave the adventure of riding calm waters with style and panache. Exquisite yacht and boat designs…

Half the year is over and we haven’t been able to catch a break. To keep my hopes up, I continue to make a travel…

Getting its name from the Egyptian word for beauty, the Nefer perfume bottle embodies sheer elegance on the inside and out. The bottle’s design is…

Almost unrecognizable as a watch, the Round-the-Clock bracelet communicates the time with hour and minute rings that rotate around the user’s wrist. Made of stainless…