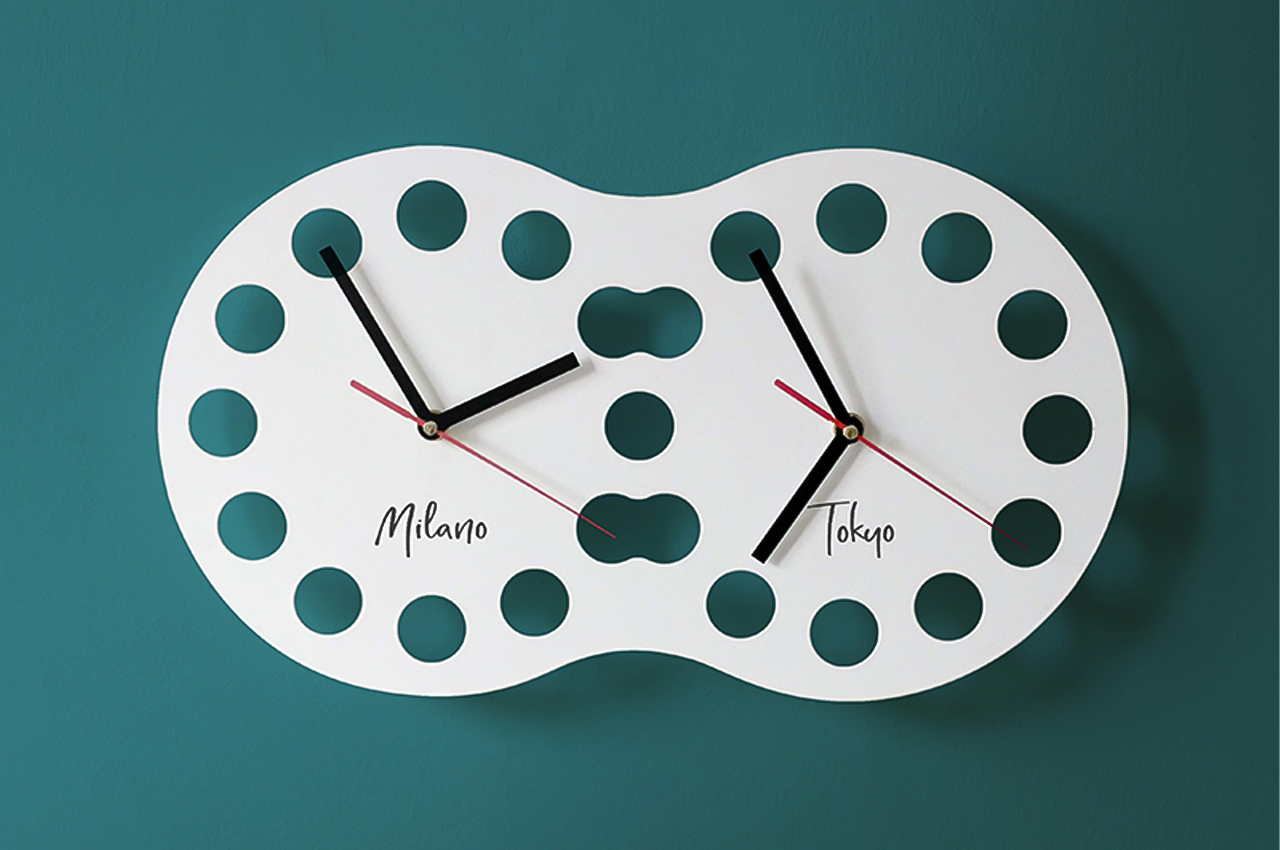 The Jetlag Clock is a wall clock that fuses two dials together to display the time of two different countries.

Whether you’re a globetrotter by virtue of work or have a relationship with someone who lives in another country, keeping track of different time zones can get tricky. Wall clock systems that are comprised of several clocks are able to tell us what time of day it is in different countries, but they’re fixed in their design. A single system may host three separate clocks telling the time of three different countries, but users can’t add other time zones without buying another clock entirely. Italian designer Alberto Ghirardello developed the Jetlag Clock to change that. 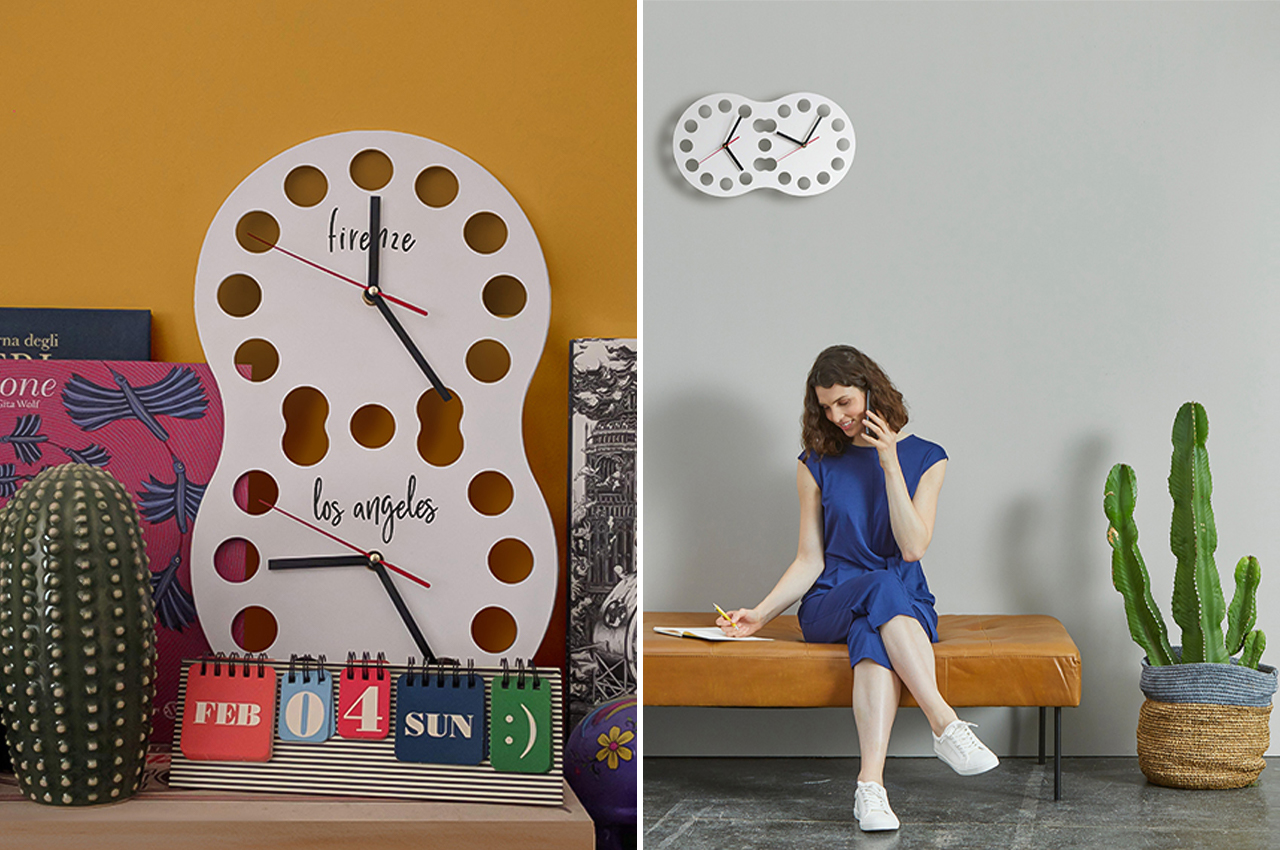 Defined by the shape of two circles fusing together, the Jetlag Clock is a customizable time zone wall clock that allows users to change the times and countries displayed. Two mechanisms operate separately to show the time of two countries that users can choose on their own. The Jetlag Clock is made from laser-cut metal and oriented in a way that allows users to hang it either vertically or horizontally. 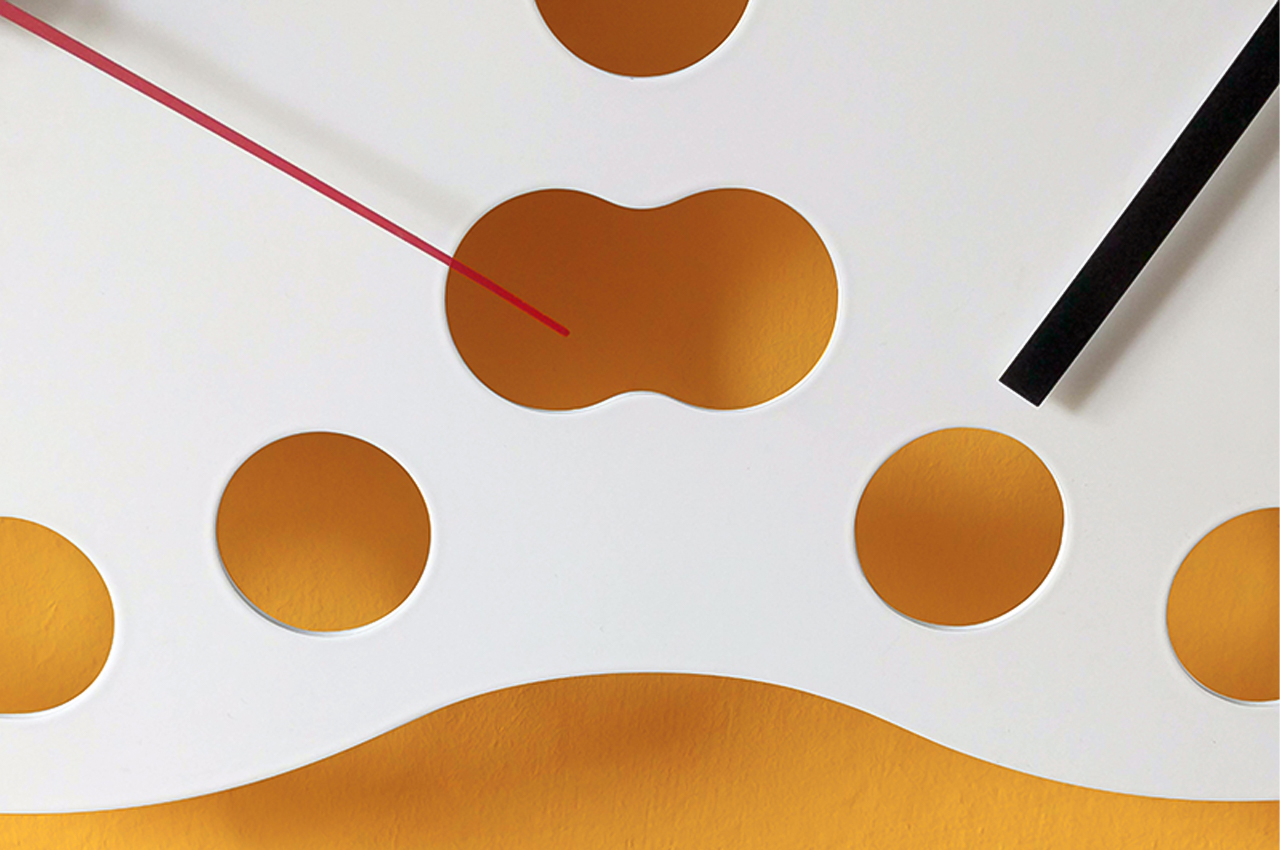 Describing the design and shape in his own words, designer Ghirardello explains, “Jetlag is a laser-cut metal wall clock whose shape is an ideal fusion of two dials, whose hours are marked by a series of holes which merge and become common to both pairs of hands.” If users choose to change the countries displayed on each clock dial, the white paint coat allows users to write in the name of new countries and then they can adjust the times accordingly.

Omegle in the park!

Vacuum seems like one of those IoT devices that are pretty cool, but incomplete as a concept. The Vacuum is a bench that allows people…

We’d be pretty much nowhere without the moon. The moon is looked at with reverence by philosophers, astrologers, astronomers, forecasters, farmers, sailors, and many more….

I relate a lot of stuff to songs you know; like the time when I wrote the K-95 USB Flash Drive post, the song that…

Designed by product engineer Dougie Mann, the TypeCase is a remarkable win for inclusive design! The smartphone case comes with a keyboard built right into…