Proving that desktop computing has indeed come a long way in just 2 decades, the M1 Ultra chip from Apple has 21 TeraFLOPs of processing power, just over a quarter of the 80 TeraFLOP processing capacity of the IBM Watson supercomputer that was developed in 2004. Sure, that’s arguably a reductionist way of looking at computing, but to Apple’s own credit, they’ve easily built the most powerful and energy-efficient consumer-grade piece of silicon available on the market today.

Unveiled just today, at Apple’s March 8 ‘Peek Performance’ event, the M1 Ultra is the latest and allegedly the final chip in the M1 family. If last year’s M1 Pro and M1 Max blew the competition out of the water, the M1 Ultra was designed to be even more powerful – with a 20-core CPU, a 64-core GPU, a 32-core Neural Engine, and a Media engine that lets you practically run 18 streams of 8K ProRes 422 video at the same time without the computer breaking a sweat. You hear that sound? That’s the sound of Marques Brownlee’s heavy breathing. 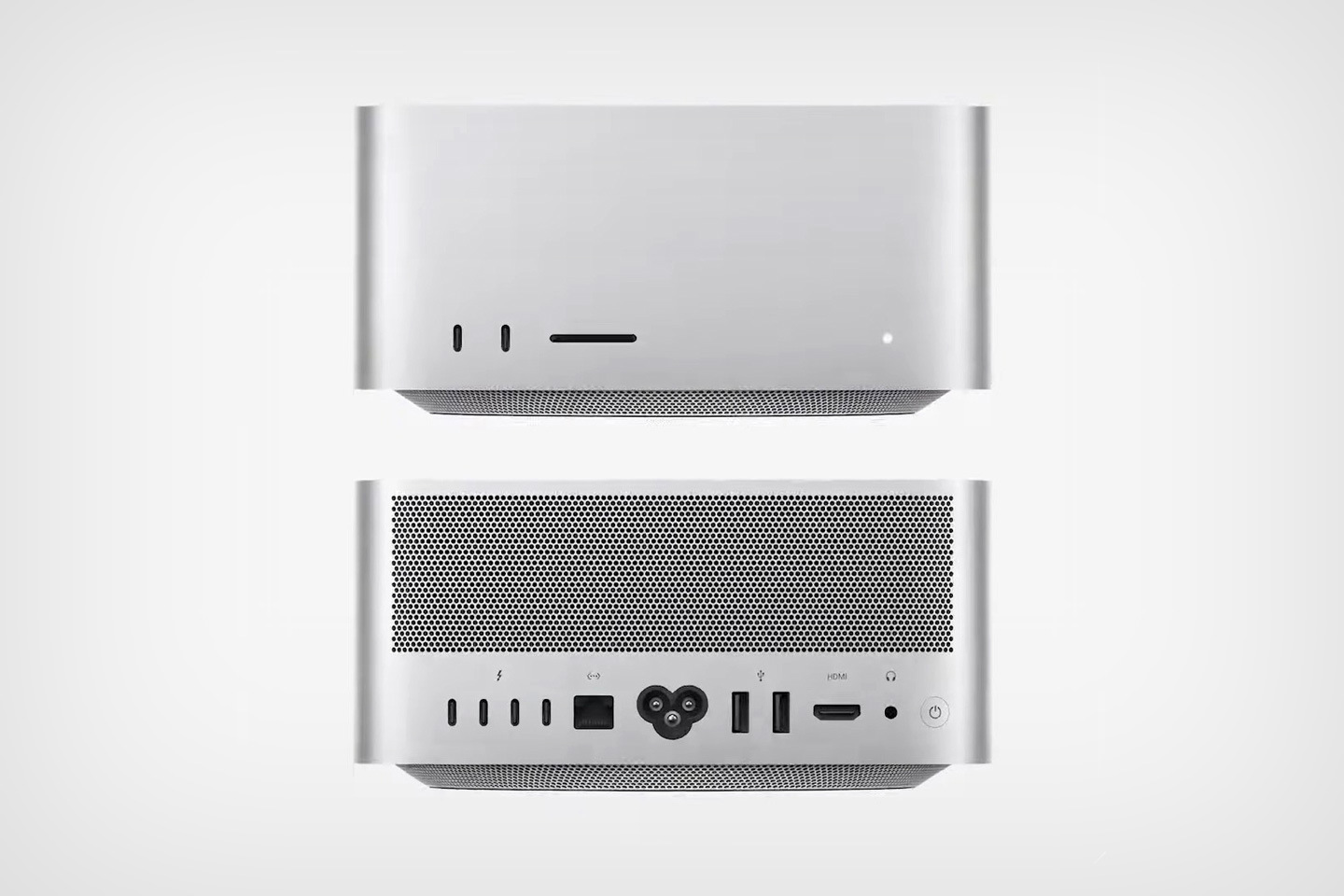 As of now, the M1 chip only finds itself in one Apple product – the new Mac Studio, a powerful elder sibling to the Mac Mini, designed to be a multimedia powerhouse crafted especially for the most heavy-duty users. The Mac Studio comes with a choice between the M1 Max chip, and the new M1 Ultra chip that’s 80% faster than the fastest Mac Pro Apple has to offer. Measuring just 7.7 inches in width and depth, and 3.7 inches in height, the Mac Studio is slightly larger than, ironically, a Big Mac, and looks about as deliciously beautiful as one too. The entire body is Apple’s signature machined aluminum, with a circular vent on the bottom, Apple’s logo on top, and ports on the front and back. 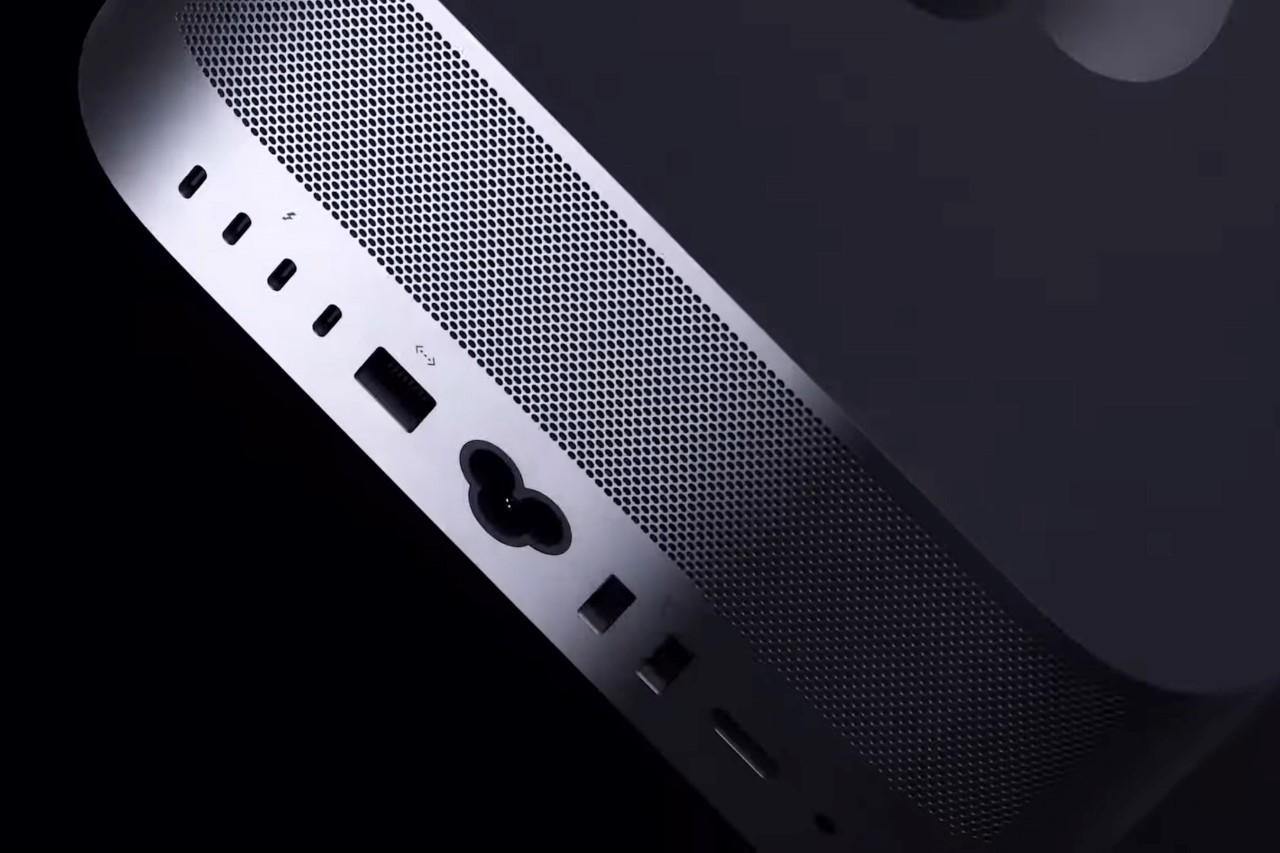 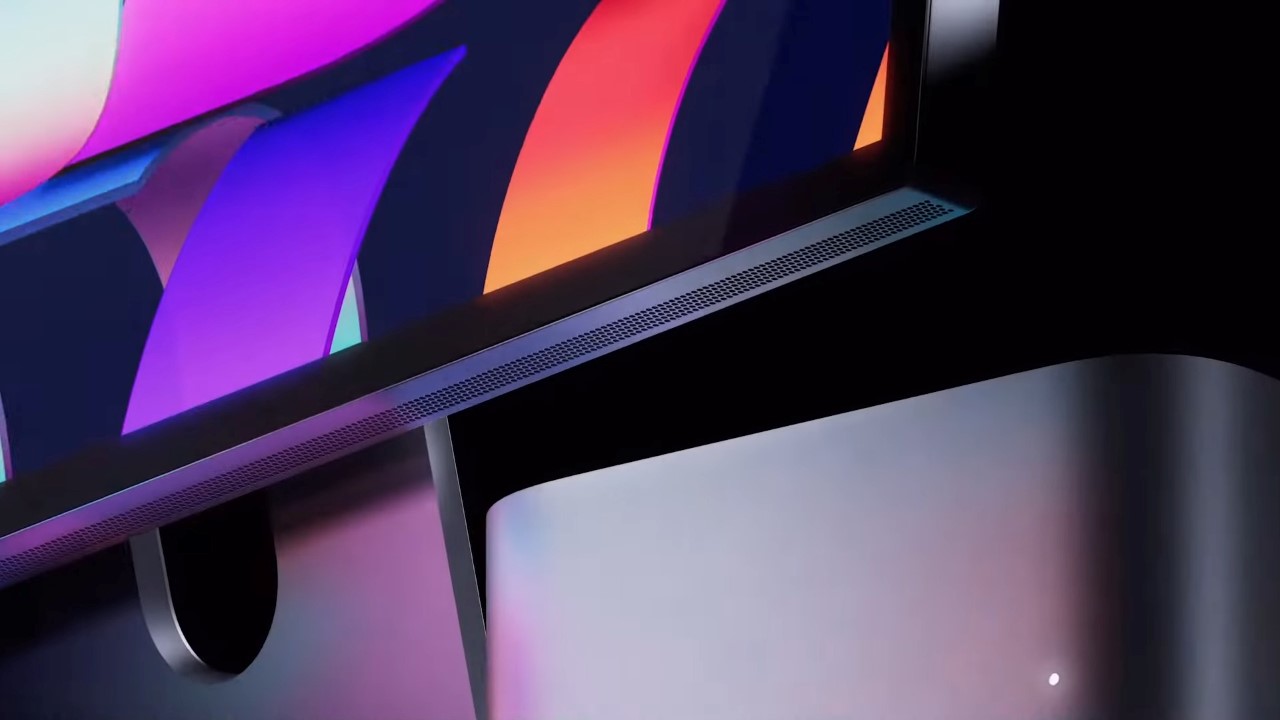 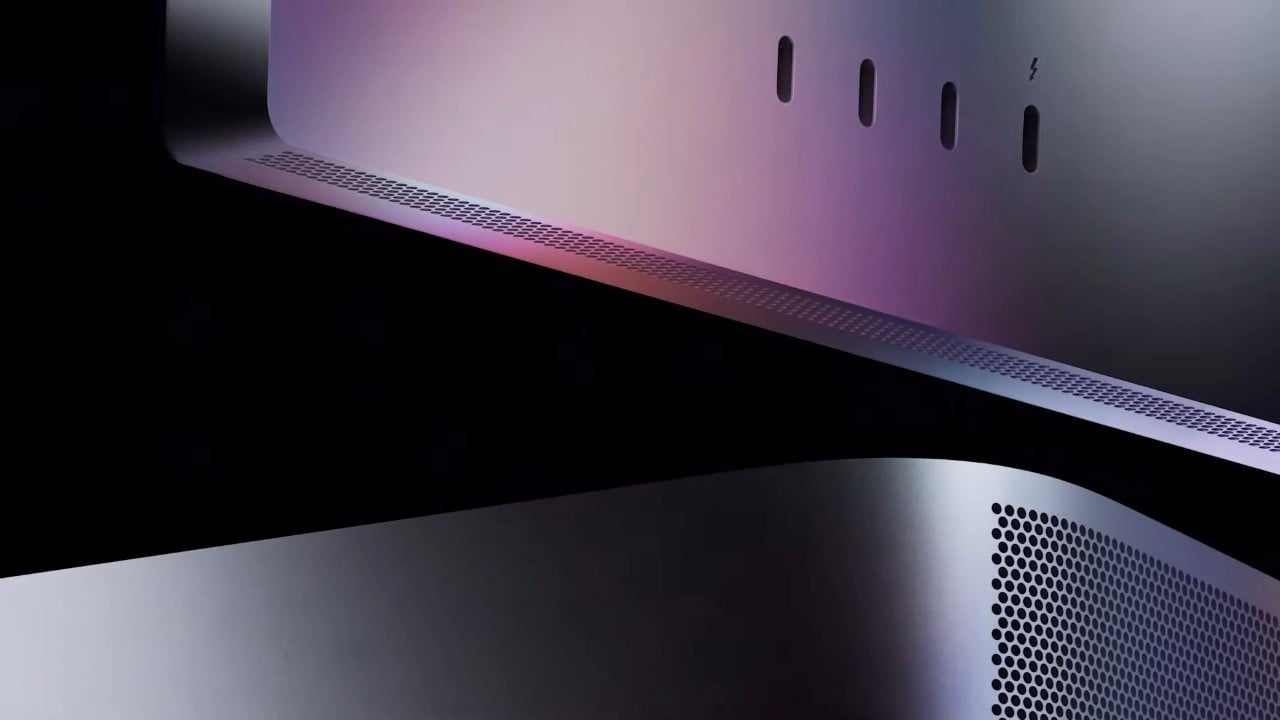 Within its 3.7-inch tall design, roughly 2 inches of it is just the Mac Studio’s thermal management system – a set of impeller fans that pull air through the vents at the bottom of the device. Between the vents and the thermal management lies the Mac Studio’s ‘meat’ – with two Thunderbolt 4 ports and an SD card slot on the front, and 4 Thunderbolt ports, a 10Gb Ethernet port, 2 USB-A ports, an HDMI port, and a pro audio jack for high-impedance headphones or a professional studio monitor system. The Mac Studio comes with its proprietary power input, although Apple was quick to point out that the Mac Studio’s energy-efficient design saves up to 1000 kWh of energy per year. 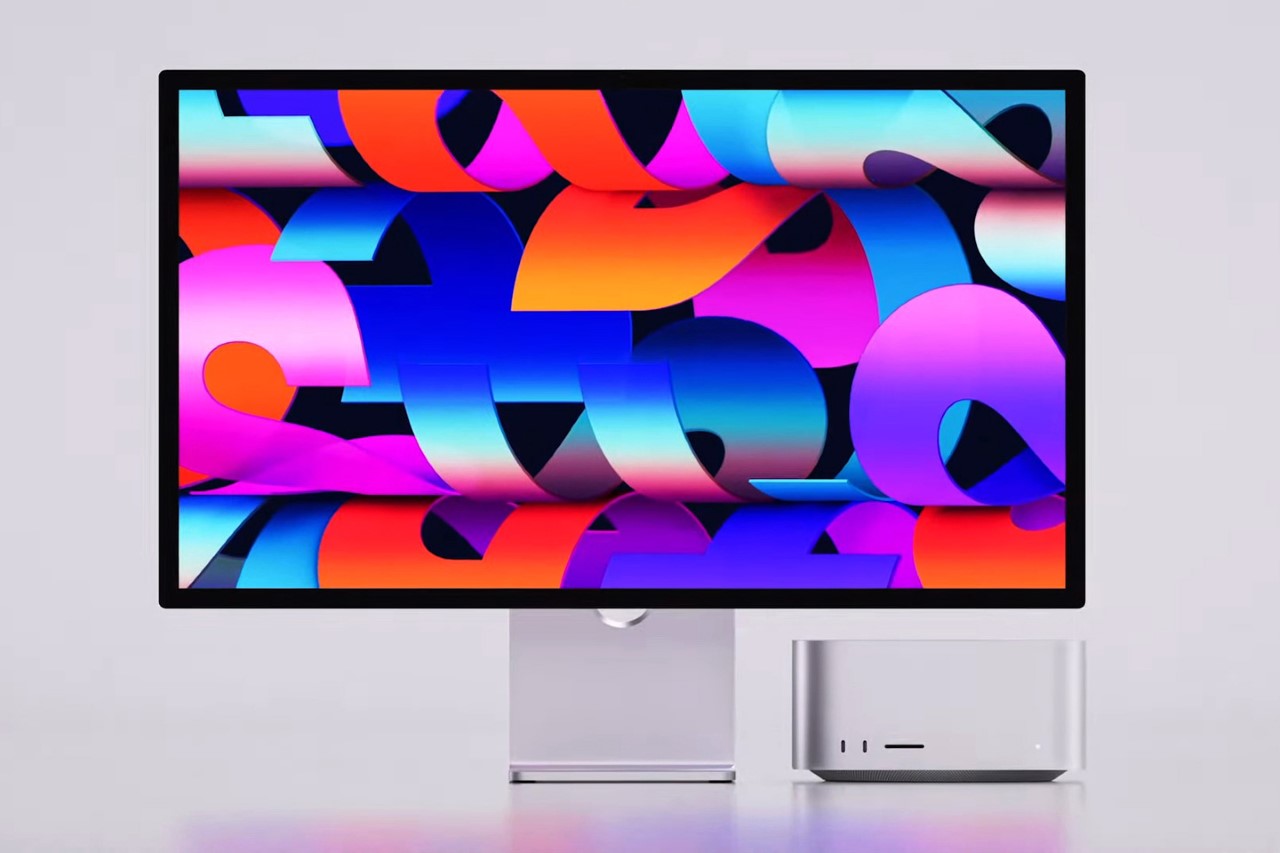 Although the Mac Studio is a beast of a device just on its own, every Lone Ranger deserves its Tonto. The Mac Studio gets its sidekick in the form of the Studio Display, a 27-inch 5K Retina monitor that perfectly complements the Mac Studio, and comes with its own internal A13 chip to match up to the Studio’s incredible performance. With a black bezel (a refreshing change from the white bezel of last year’s iMac), the Studio Display also has its own built-in wide-angle camera with Center Stage, and a studio mic array for better audio input during video calls. The screen itself has 600 nits of brightness, and comes with an optional nano-texture glass coating that helps reduce glare.

After that long laundry list of features, don’t expect any of the aforementioned hardware to come cheap. The Mac Studio starts at $1999 with the M1 Max chip, and $3999 with the M1 Ultra chip. The Studio Display, on the other hand, will set you back an additional $1599 for the base model, and add an extra grand for the nano-texture glass coating, or for that tilt and height adjusting stand. This time a kidney won’t cut it. What you’re getting for that price is practically 1/4th as powerful as a supercomputer from 18 years ago. 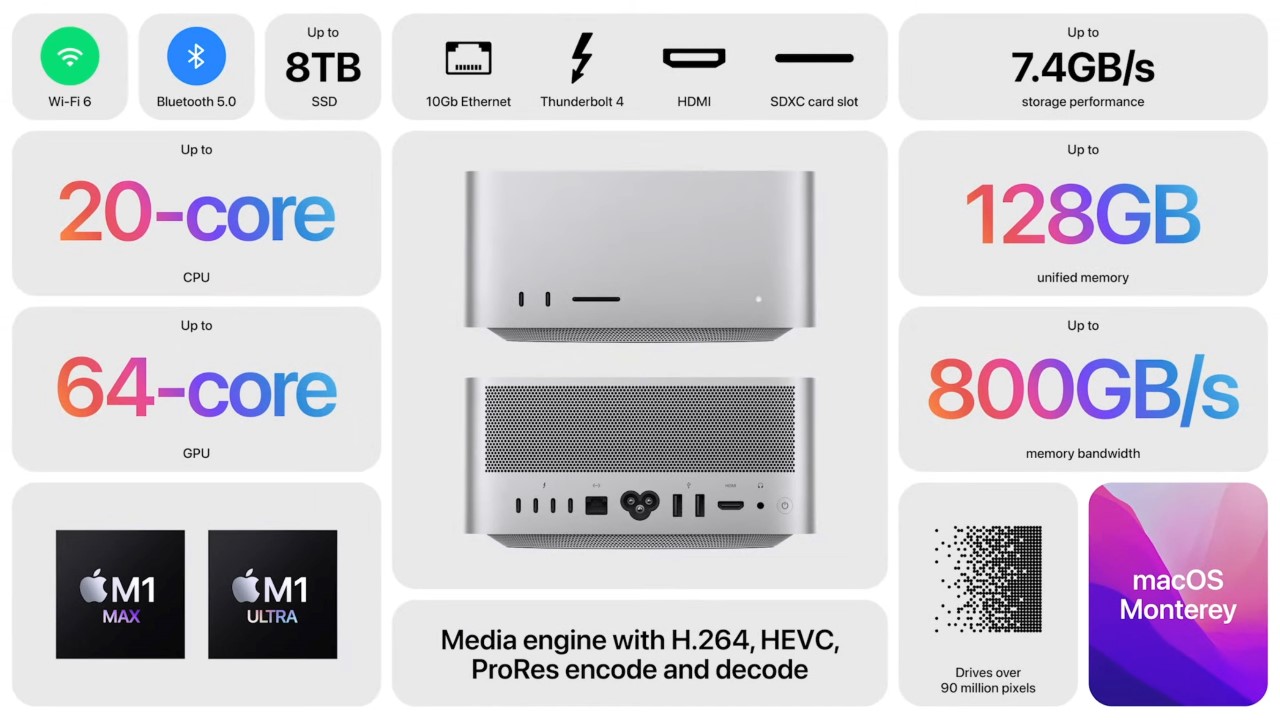 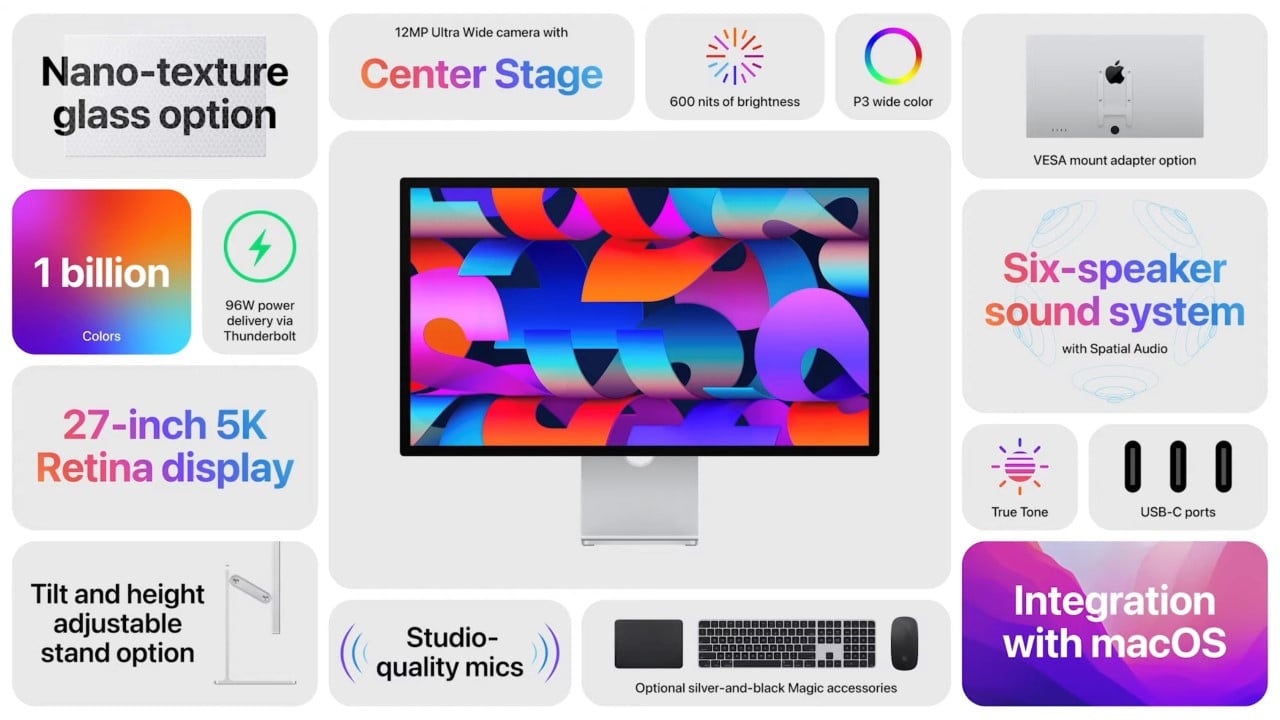 A phone that’s almost 100% screen has some benefits, but the ergonomic and practical concerns could outweigh those. Most of the time we spend on…

An Alternative to a Television?

Projectors are usually used as a temporary ‘screen’ for sharing memories with family or immersing yourself in a film, but the Lumo projector does things…

This iMac 2019 concept is better than what Cook announced

Philip Goolkasian has got it right, if we have to reimagine the new iMac, it may as well be his concept design that retains the…

The world as we know it is changing, and robots are steadily taking over, a sci-fi fantasy that is soon turning into reality. Moving toward a healthier…