Portable monitors have popped up left and right in the past years, but InnLead’s latest innovation brings the same convenience without the hassles of cables. And, no, that doesn’t involve using flaky Bluetooth.

In the future, all communication between devices will be wireless. In addition to saving humans (and animals) from getting tangled up in wires and cables, it would also reduce the need to make and waste copper wires, plastics, rubbers, and other materials. We’re still far from that ideal future, though, and the wireless technologies we currently use aren’t always that reliable. InnLead’s newest portable touch monitor tries to give us a sneak peek at that future of ultimate wireless bliss. 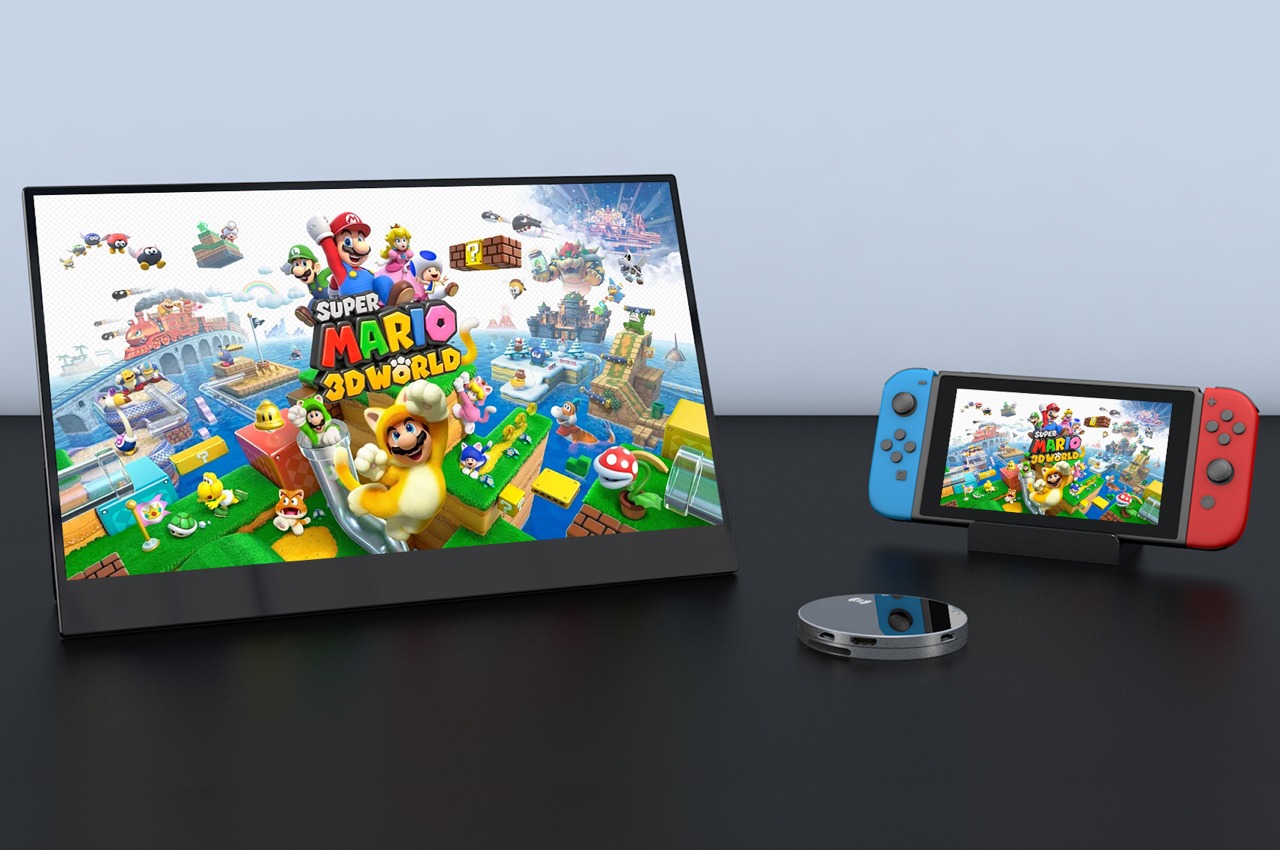 Imagine having a second monitor for your laptop or an external display for your phone at any time or place you need it. Existing portable screens already deliver that but require you to mess around with one or two cables. There are wireless options available, but almost all of those rely on Bluetooth, one of the most unstable and unreliable wireless connections in use today. In contrast, the AVA 4K wirelessHD portable monitor brings the best of all worlds with only a few caveats, and it comes with lag-free touchback to boot!

The secret sauce to this seemingly magical capability is the AVA 4K monitor’s built-in 5G mmWave technology, allowing the high-speed transmission of data from device to monitor, including touch input. Unlike Bluetooth, which has traditionally been used for this use, there is zero lag that’s equivalent to having a wired connection. Even better, this mmWave signal doesn’t conflict with any carrier’s 5G bandwidth, so you can safely use the 4K wirelessHD monitor without worries about losing your signal.

In the spirit of full disclosure, there is one minor catch to this seamless setup. You will need to connect the wirelessHD Zero Lag Transmitter to your phone, computer, or Nintendo Switch to “throw” the device’s display to the monitor. That connection does happen via a USB-C cable, but it’s so convenient and near-instantaneous that it’s a small cost worth paying. Plus, you’re still free to move your phone or laptop anywhere up to 20 meters (66 feet) without breaking the connection. 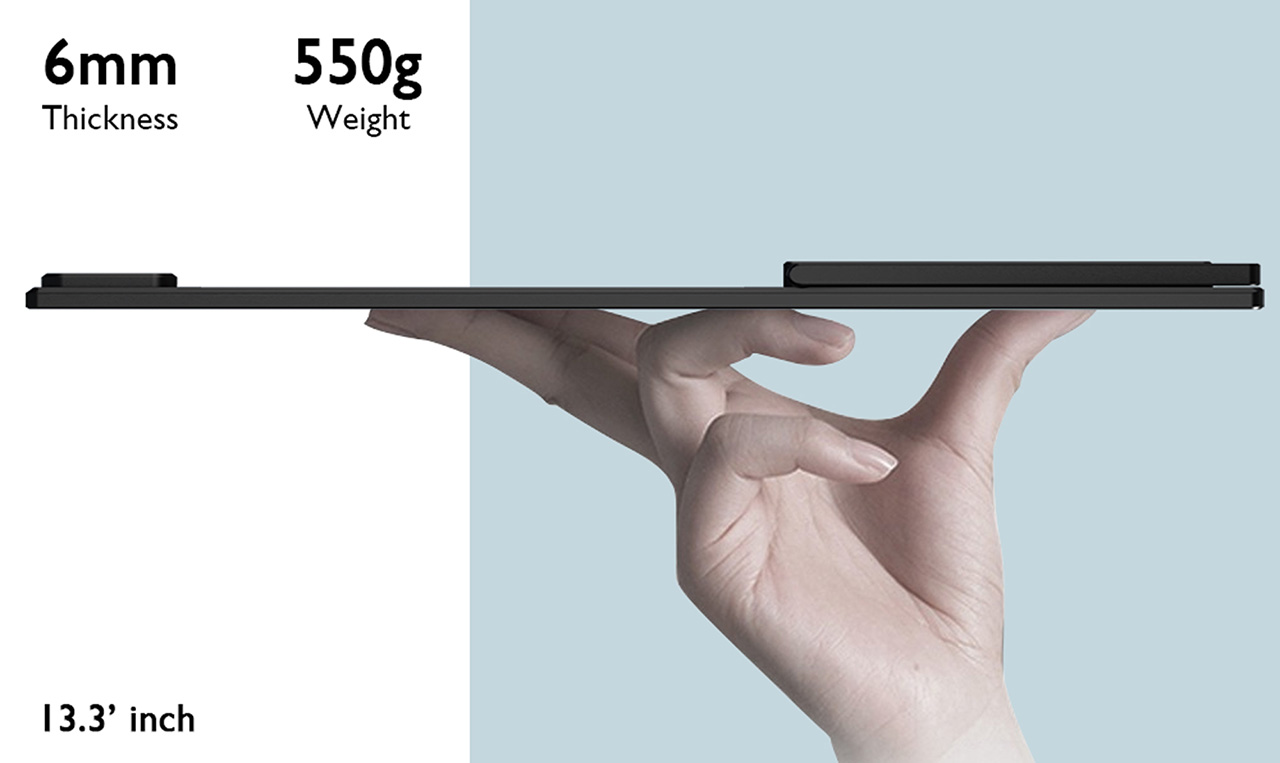 The portable monitor itself is designed to be thin and light that you might even be perplexed how it could pack so many features in that package. It even has a built-in 8,000 mAh battery, so you won’t have to worry about placing an additional burden on your laptop or phone. The display comes with a kickstand that can fold 180 degrees and works both in portrait and landscape positions. And if you ever find yourself in a situation where the device doesn’t have a USB-C port for the wirelessHD transmitter, the portable monitor is also equipped with HDMI and USB ports for wired connections. It brings ZERO latency lossless video and image quality via wirelessHD connection, and 4K UHD via cable connection, which is fantastic in a portable size monitor 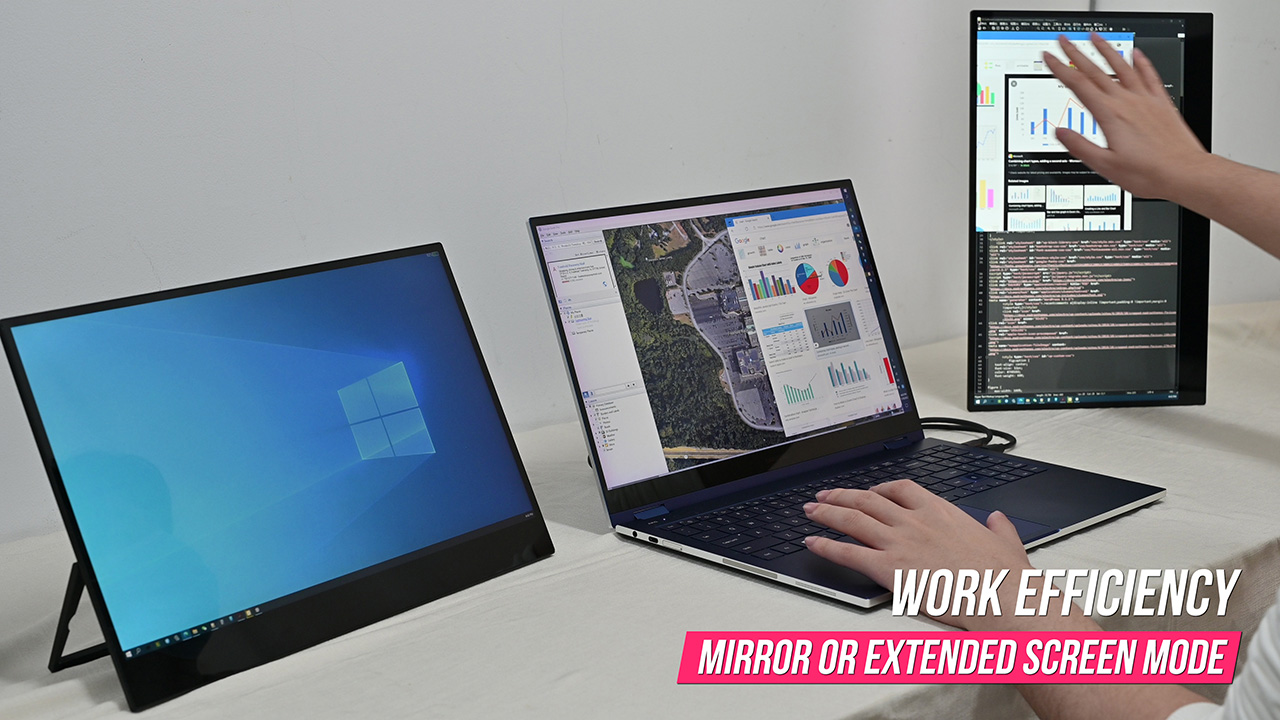 The AVA 4K wireless HD Portable Touch Monitor is undoubtedly one of the most advanced in its class. Featuring a light and minimal design that lets you easily take it anywhere, the portable touch screen offers the conveniences of a second (or first) screen without the hassles of cables or the unreliability of Bluetooth. It frees you not only from wires but also from your desk, allowing you to do what you need anywhere you go, whether it’s to work on your latest project or to enjoy a bit of downtime with your Nintendo Switch.

The Humble Food-bag, Made Indispensable and Invincible

Functional Flowers for Your Kitchen

Doubloom is a darling spice canister set that adds a decorative touch to your kitchen! Each canister in the set of 3 sports its own…

The Brainovi is a Braille navigation map that uses a combination of verbal instructions and touch display, to help a blind person travel alone. All…