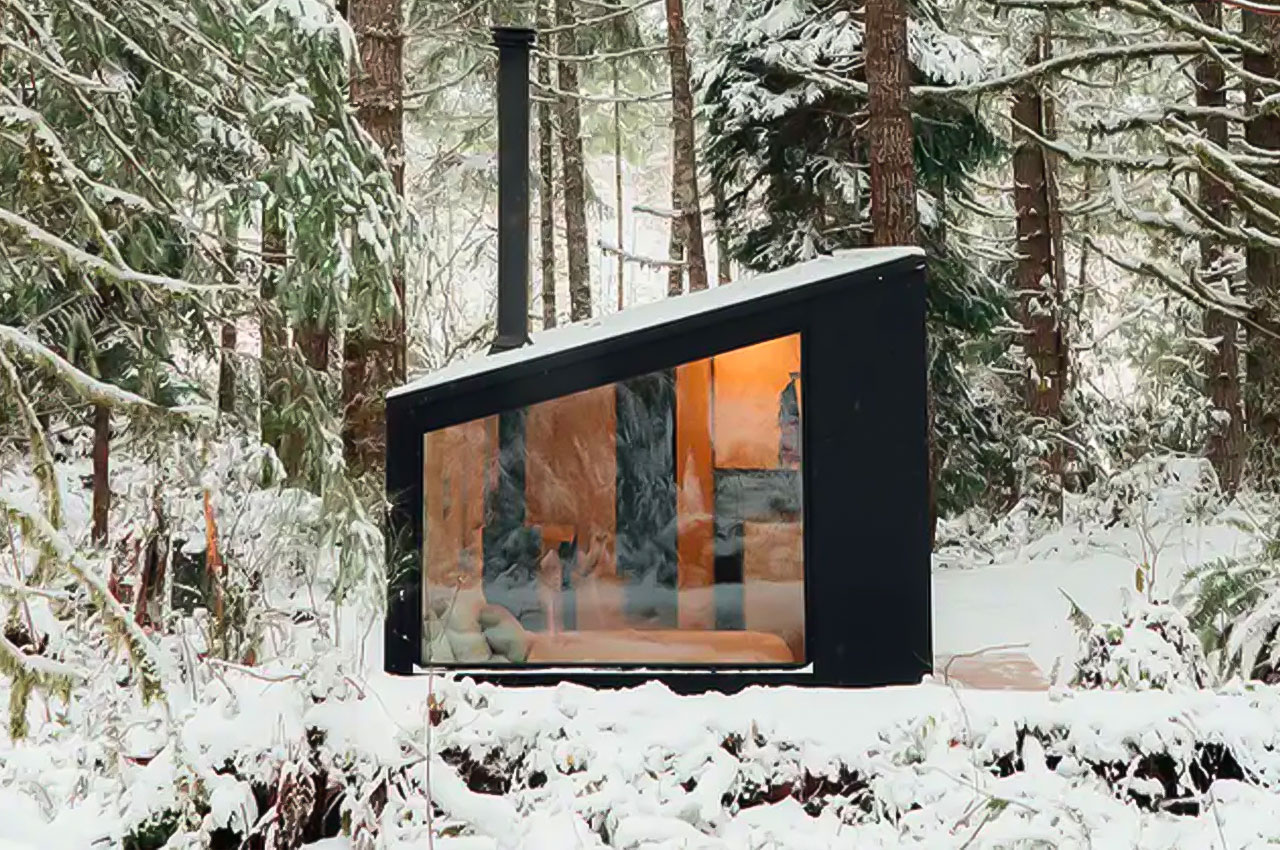 The Woodlands Hideout is a small, nature-inspired cabin in the woods designed as a solo retreat to a larger residence some 200-feet away from the tiny home.

Since winter doesn’t seem to be ending anytime soon, escaping to a warm cabin in the woods sounds like the move. Disconnecting from the chaos of the modern world doesn’t sound too bad either. From years spent documenting his travels, in addition to remodeling and managing short-term rental homes, architect Rico Castillero took what he learned in these roles to build the first prototype of a small cabin. 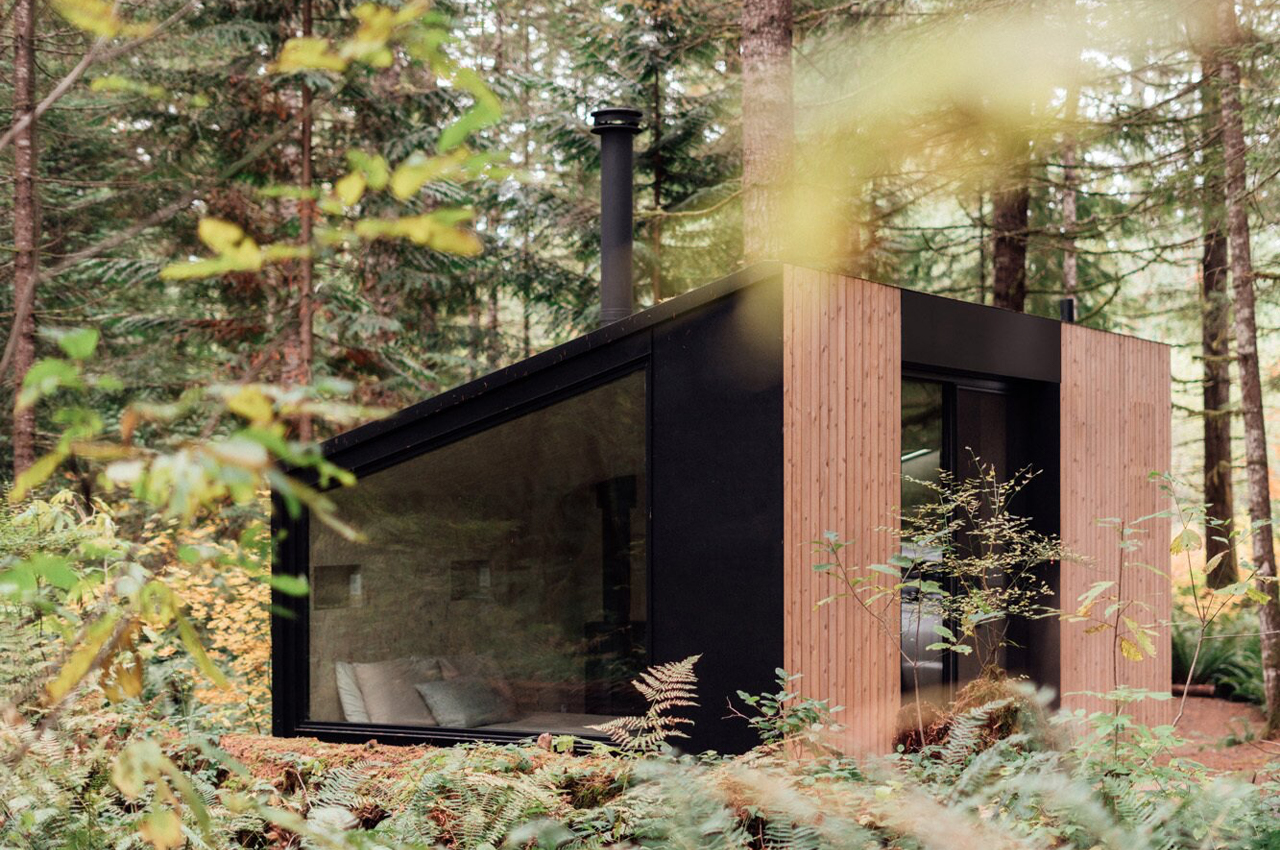 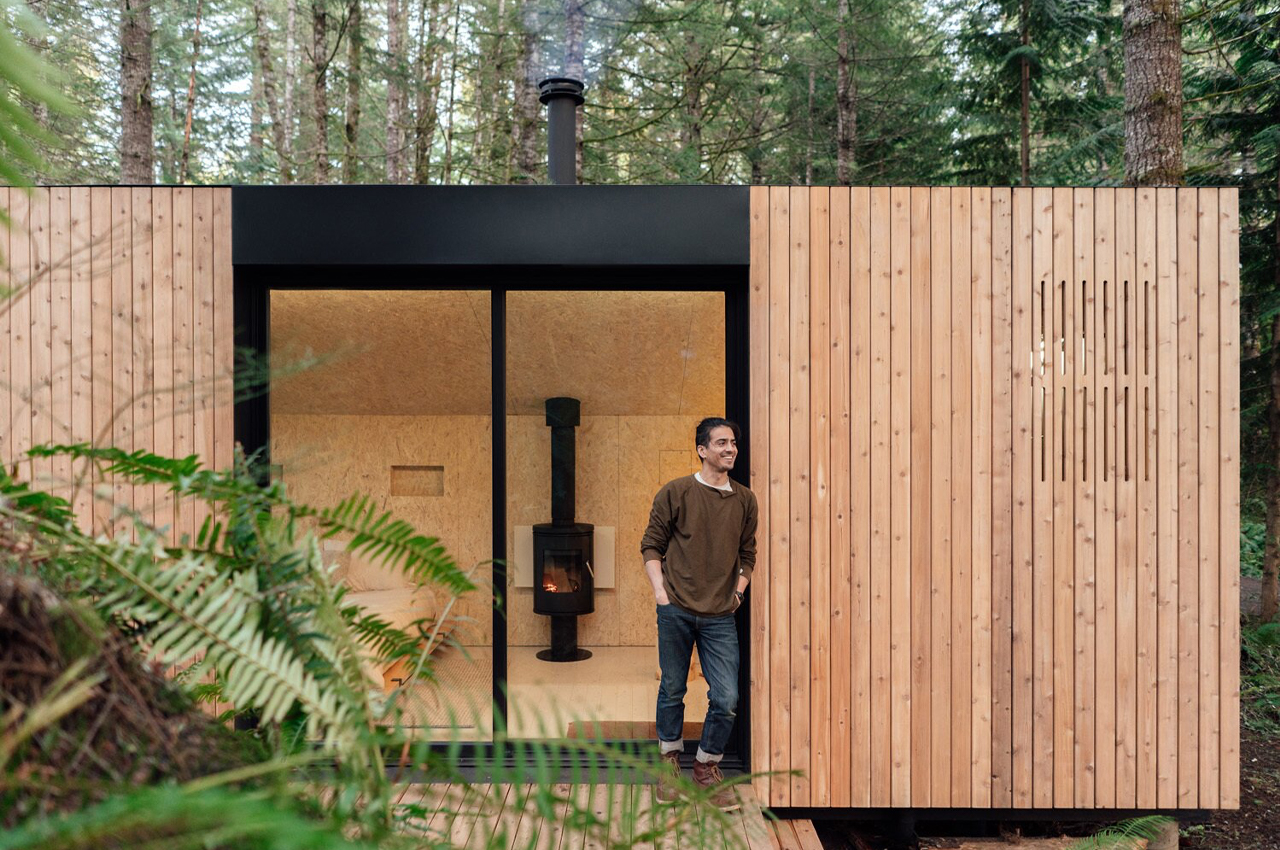 Inspired by the Japanese concept of forest bathing, or shinrin-yoku, Castillero says he’s been “dreaming and scheming” up plans to build what he calls the Woodlands Hideout. Amounting to a small, 190-square-foot cabin, the Woodlands Hideout operates as a solo retreat for guests to sleep under Oregon’s towering pines. 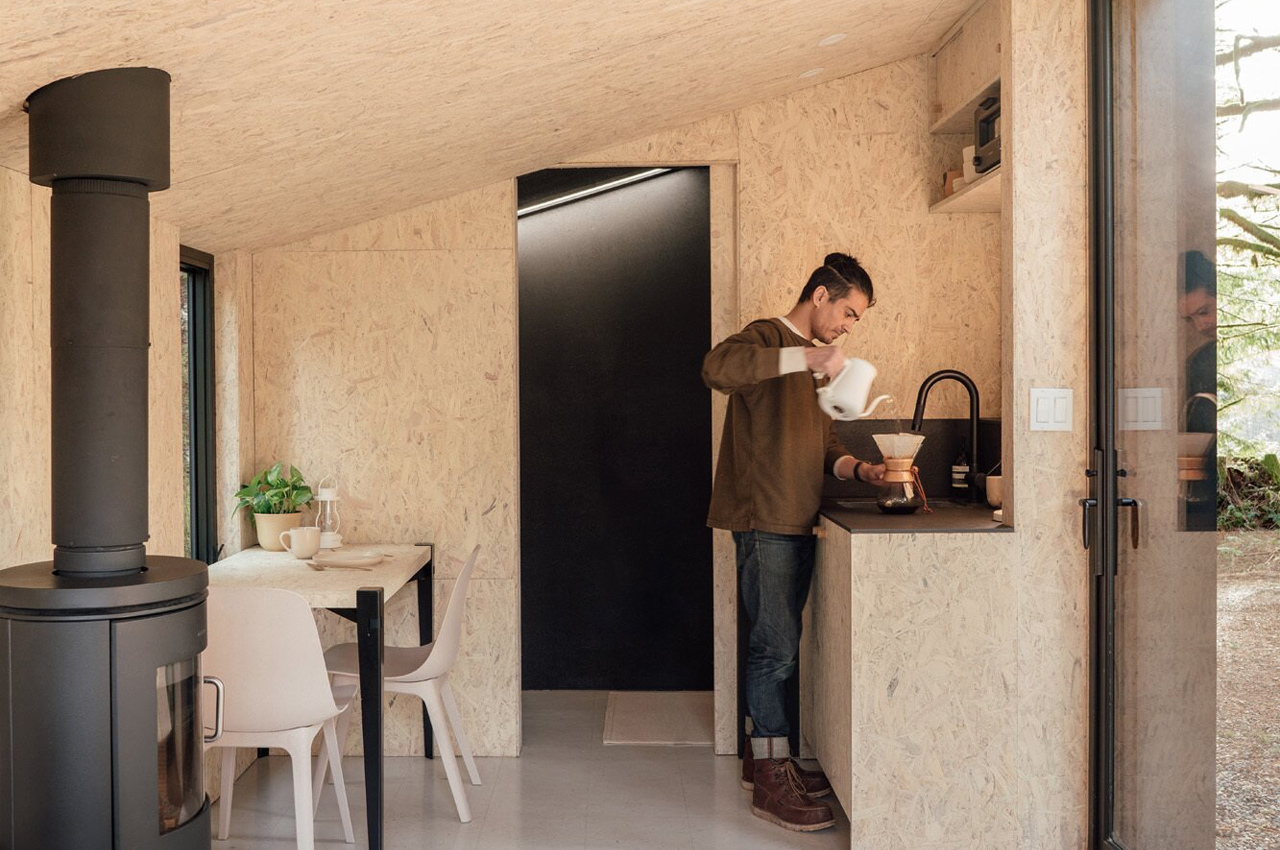 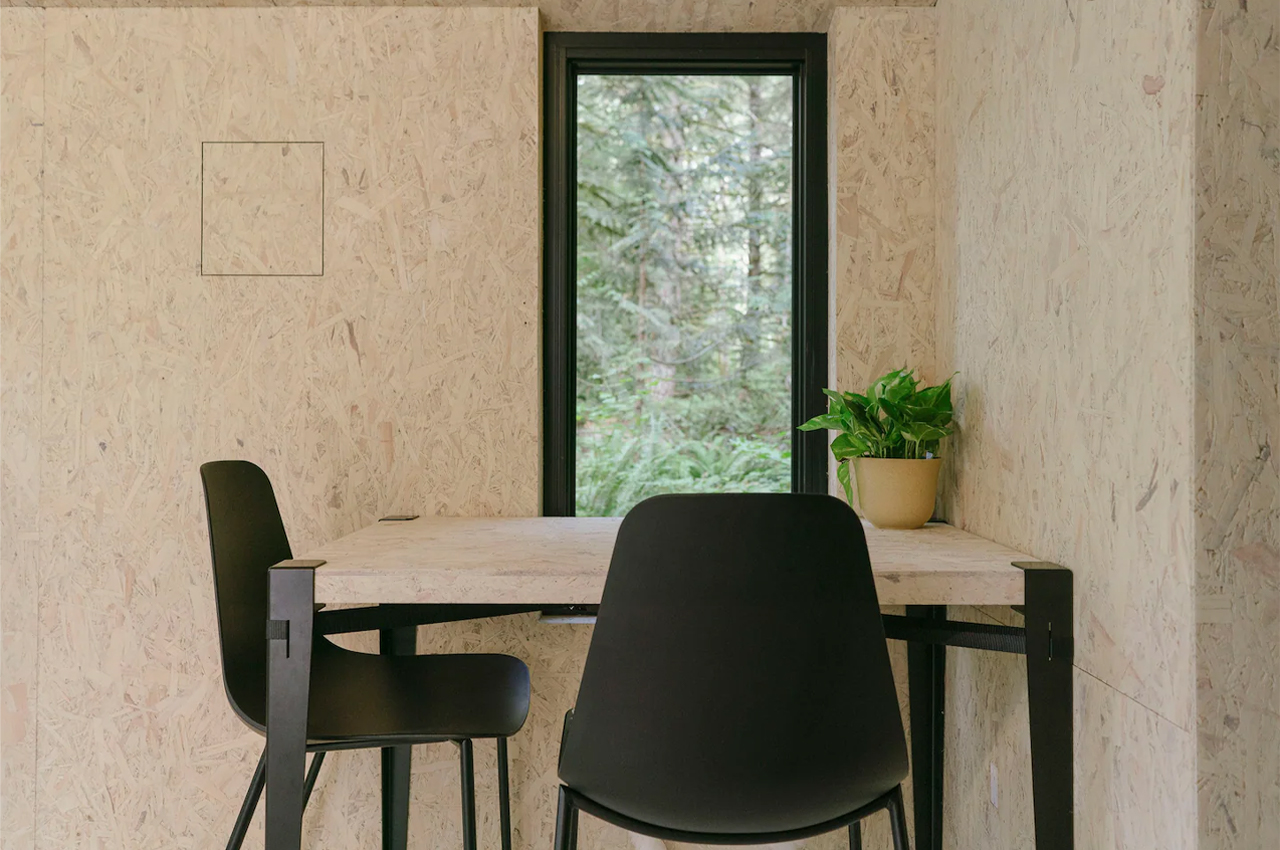 Nestled in a cozy, private neck of the woods, some 200-feet away from Castillero’s main property called Woodlands, the Woodlands Hut is defined by its unique shape and 10’ x 10’ x 20’ custom-built steel frame. In designing the Woodlands Hideout, Castillero looked first to nature to determine the layout and construction scheme. 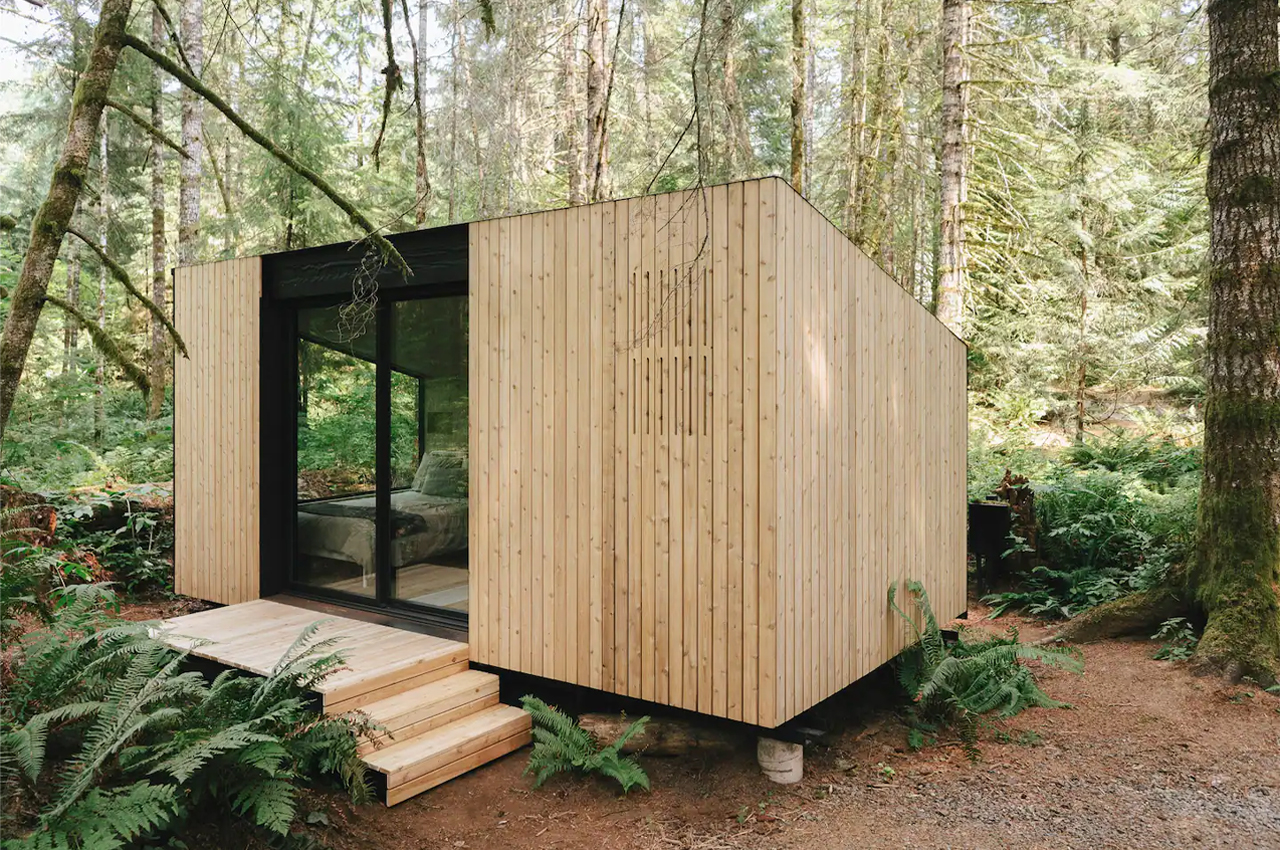 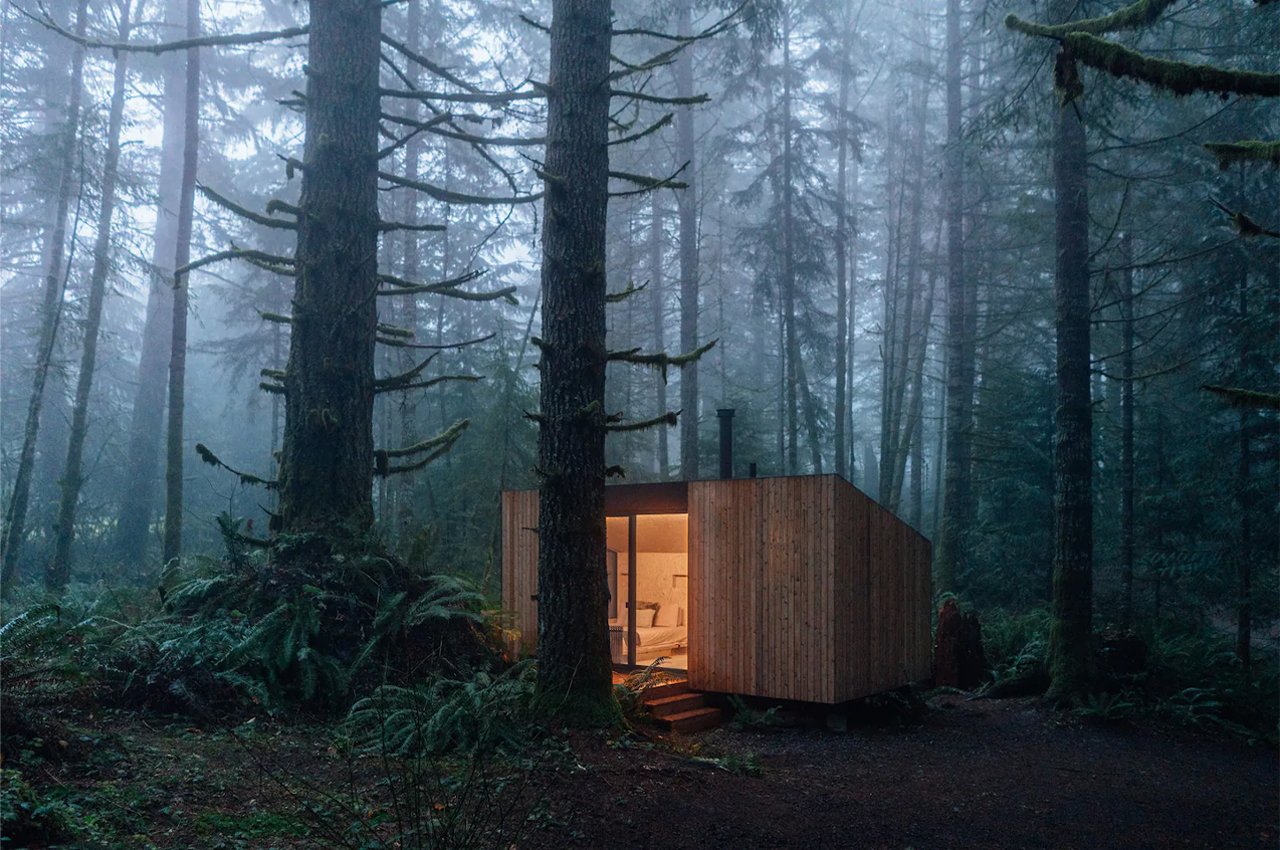 In fact, the shape of the home was chosen to accommodate the leaves and pine needles that fall from the overhead tree canopies. From there, Castillero had the challenge of configuring the interior to maximize the available living space, especially on the shorter side of the home. 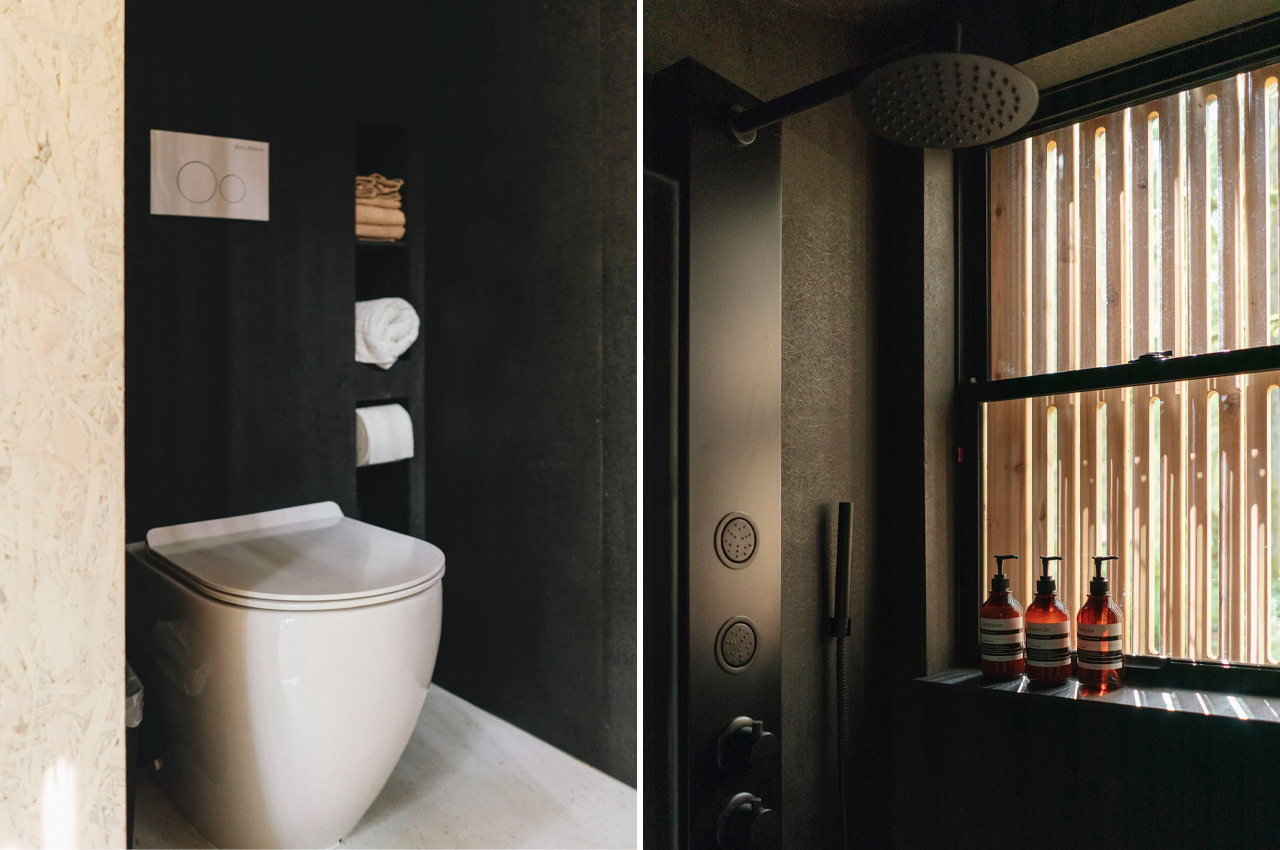 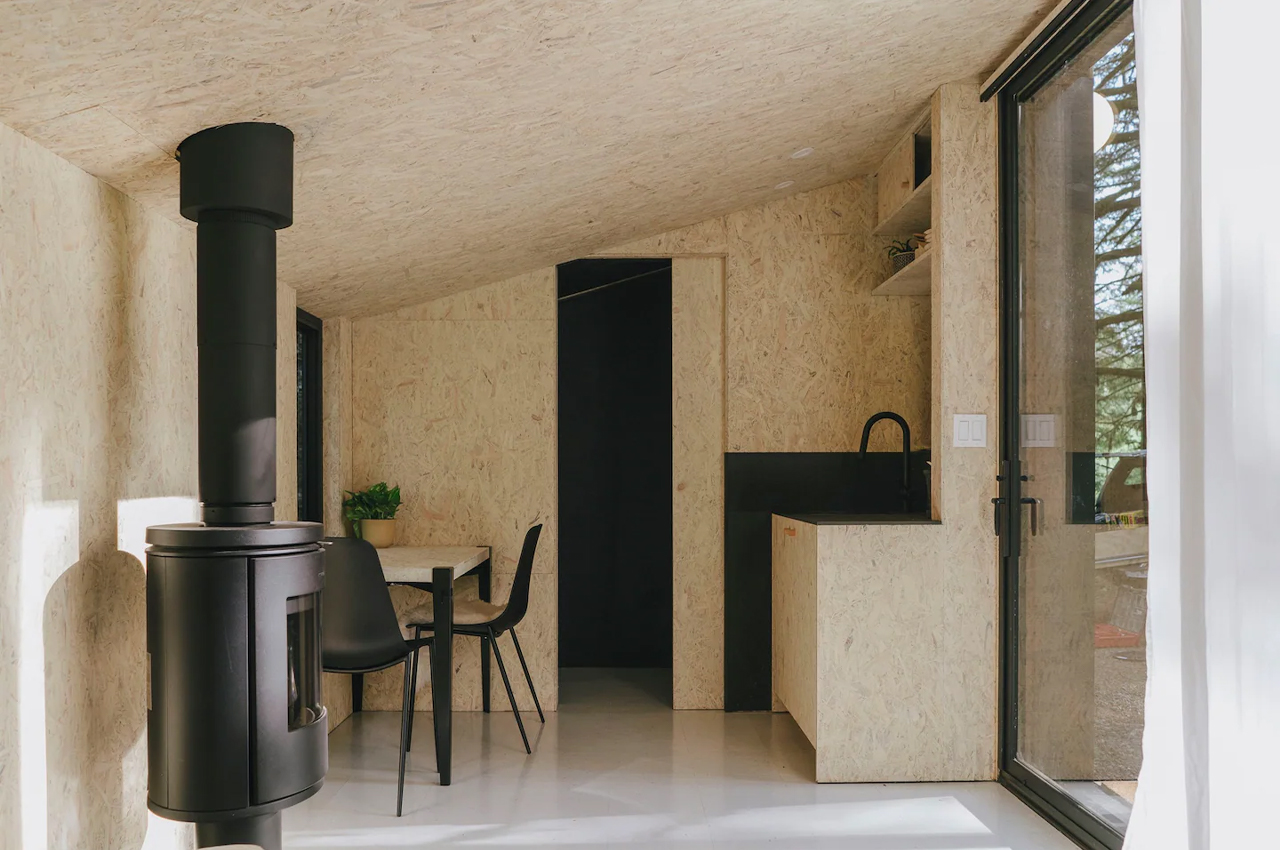 On the shorter end of the home, Castillero found height in passive activities. The toilet, woodstove, and desk each live in their own corner of the home’s shorter end. Taking up a little bit more space, guests will also find the built-in bed on this end of the tiny cabin. 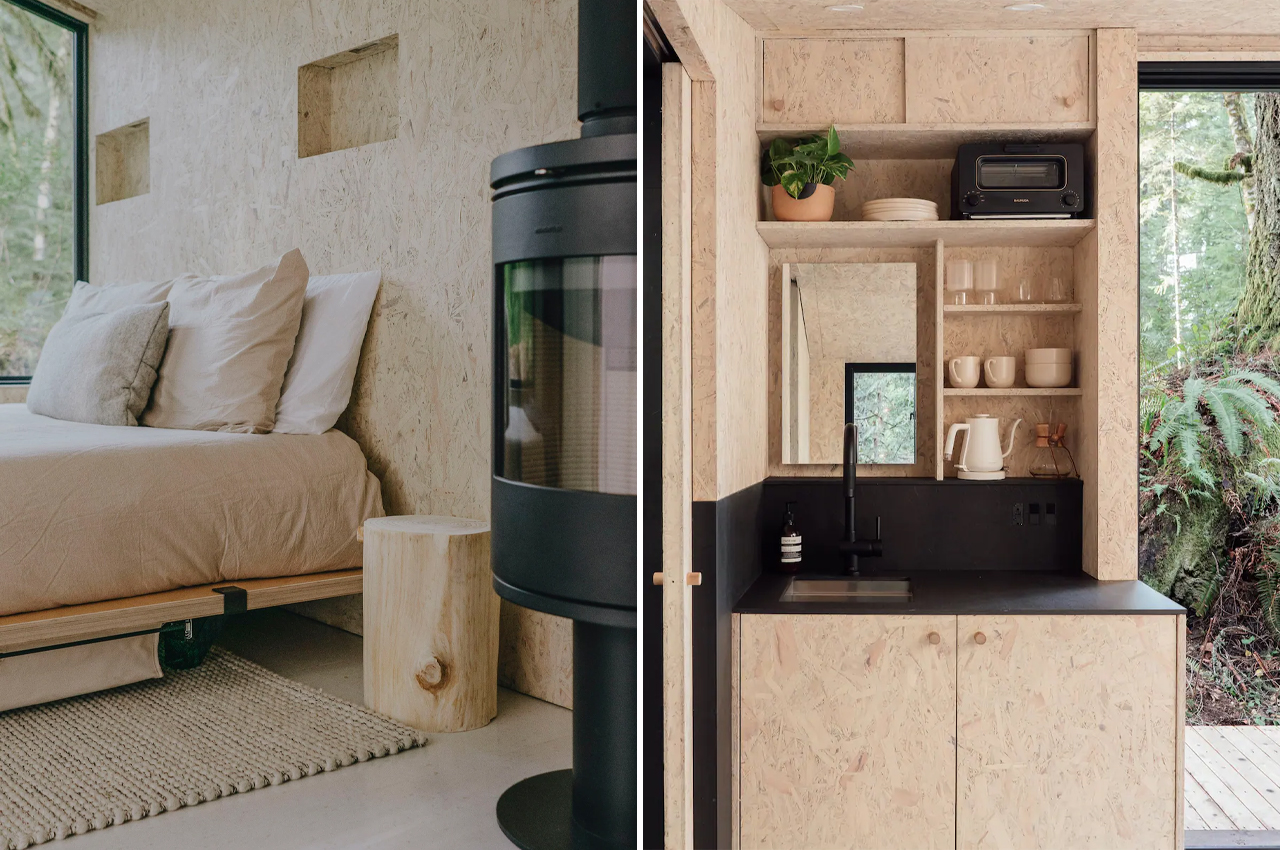 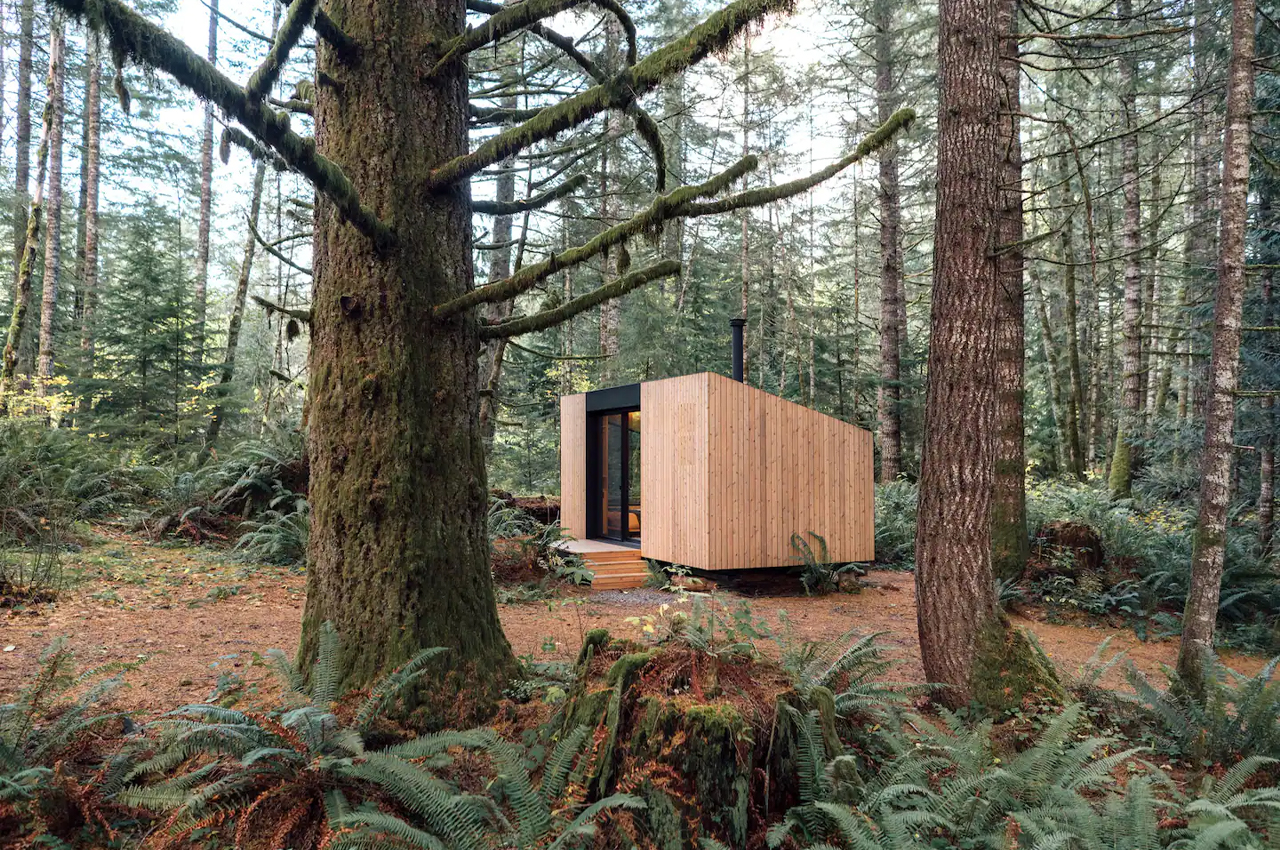 Then, moving to the other end as the roof gradually rises, guests can enjoy a hot shower outfitted in Coosa as well as a fully functional, yet super-compact kitchenette. A woodfire stove functions as a partition between the sleeping space and the cabin’s small dining area. With the layout in place, Castillero clad the interior in oriented strand board (OSB) paneling for a unified, yet organic look. 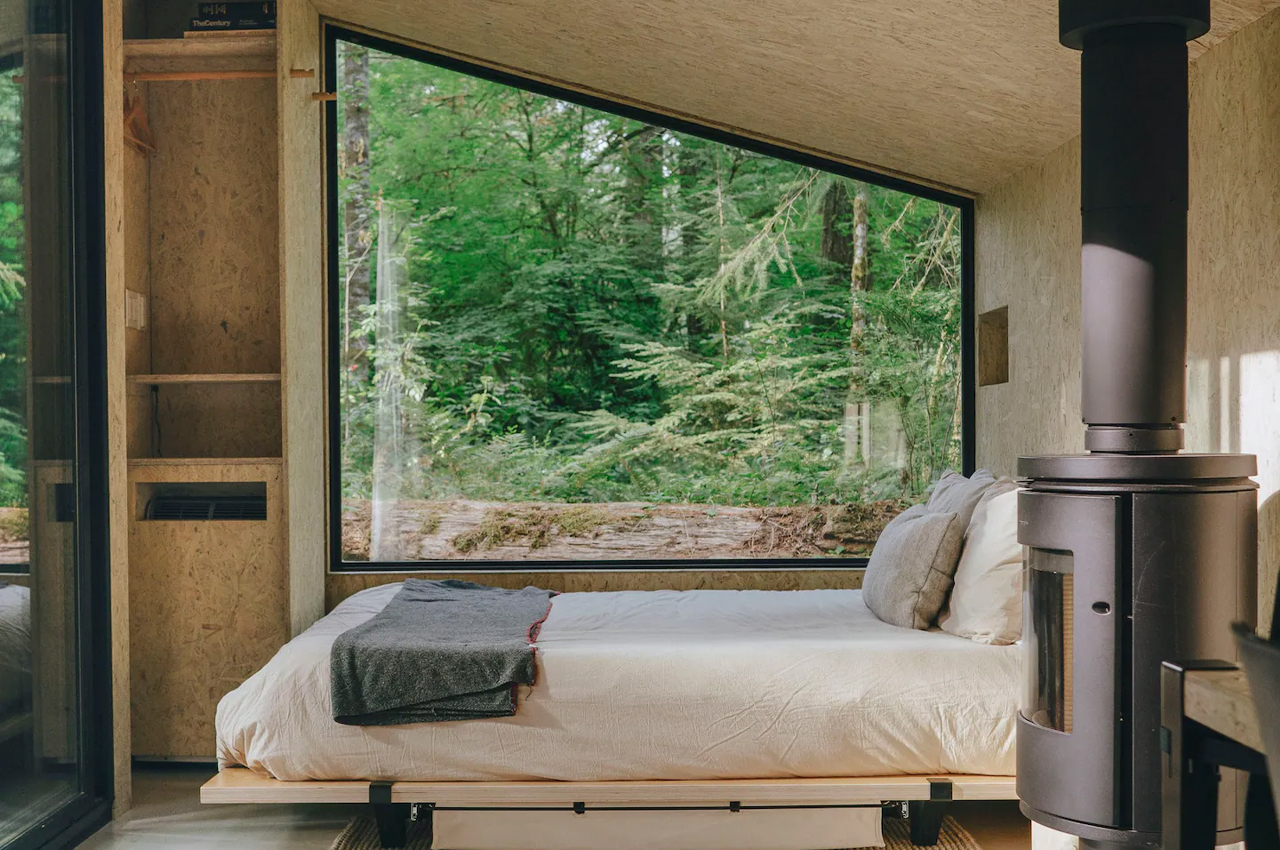 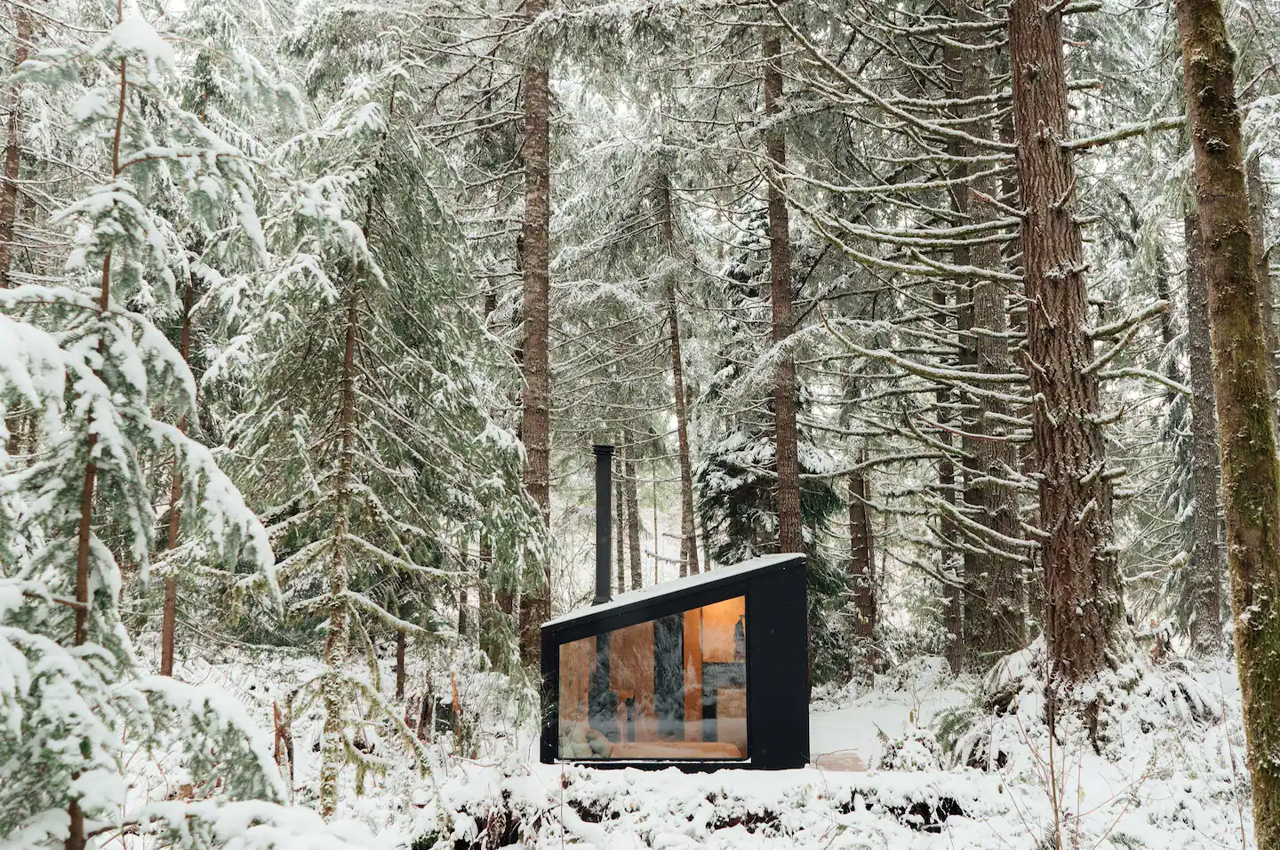 A bellow-shaped pillow that inflates and expands to suit your comfort!

Named after the iconic French dessert that possesses the ability to extrude out of its container, the Soufflet pillow has an expanding quality to it…

Icebergs may soon be a thing of the past, but tell that to the designers of this “Iceberg” housing project that just won a competition…

An unlikely area of intervention for an automotive company, Ford’s now designing self-adjusting beds! Designed as a part of the Ford Interventions series, which uses…

Appointed as the principal architect for the Qatar Integrated Railway Project (QIRP) which will extend to 60 stations, the design forms a bridge between past…