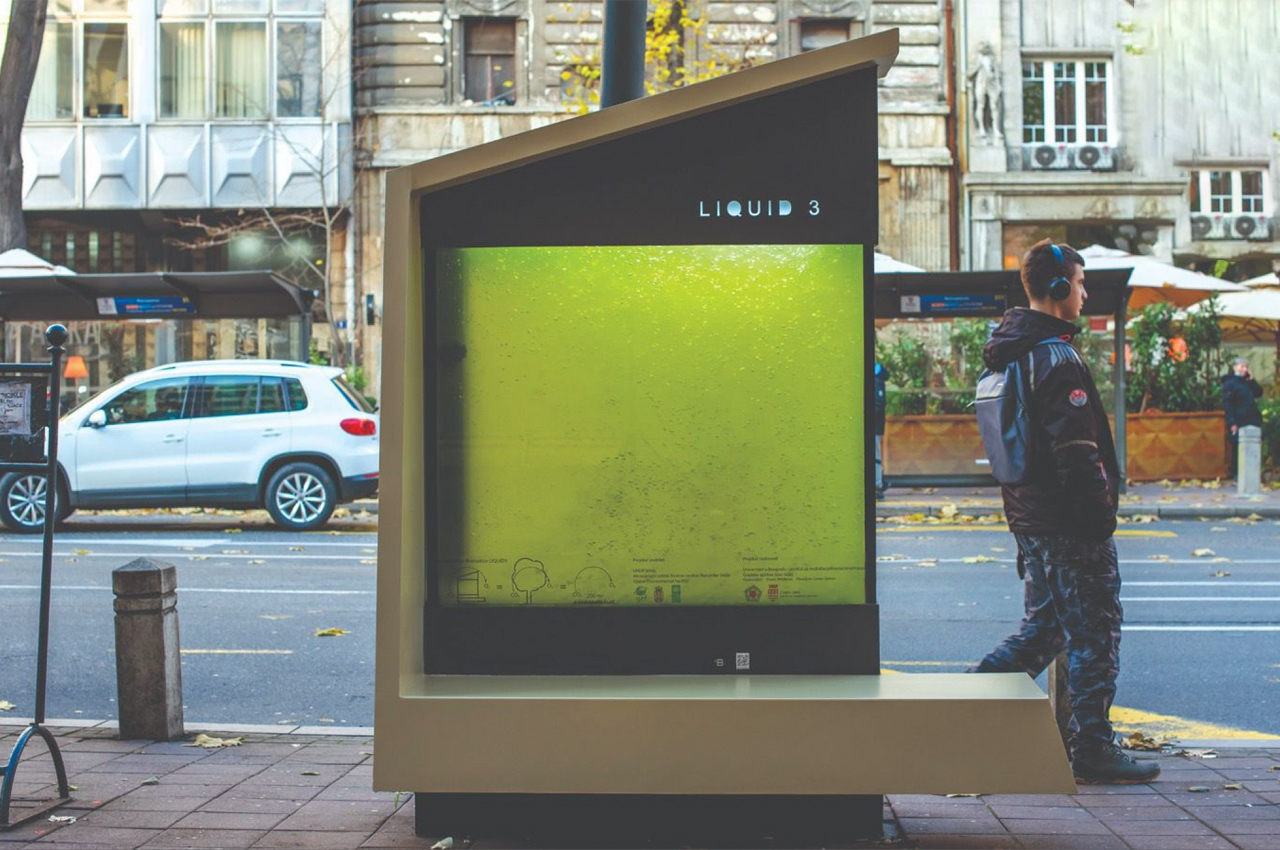 LIQUID3 is an outdoor, urban photo-bioreactor that uses microalgae to perform photosynthesis and remove the same amount of CO2 as two ten-year-old trees. 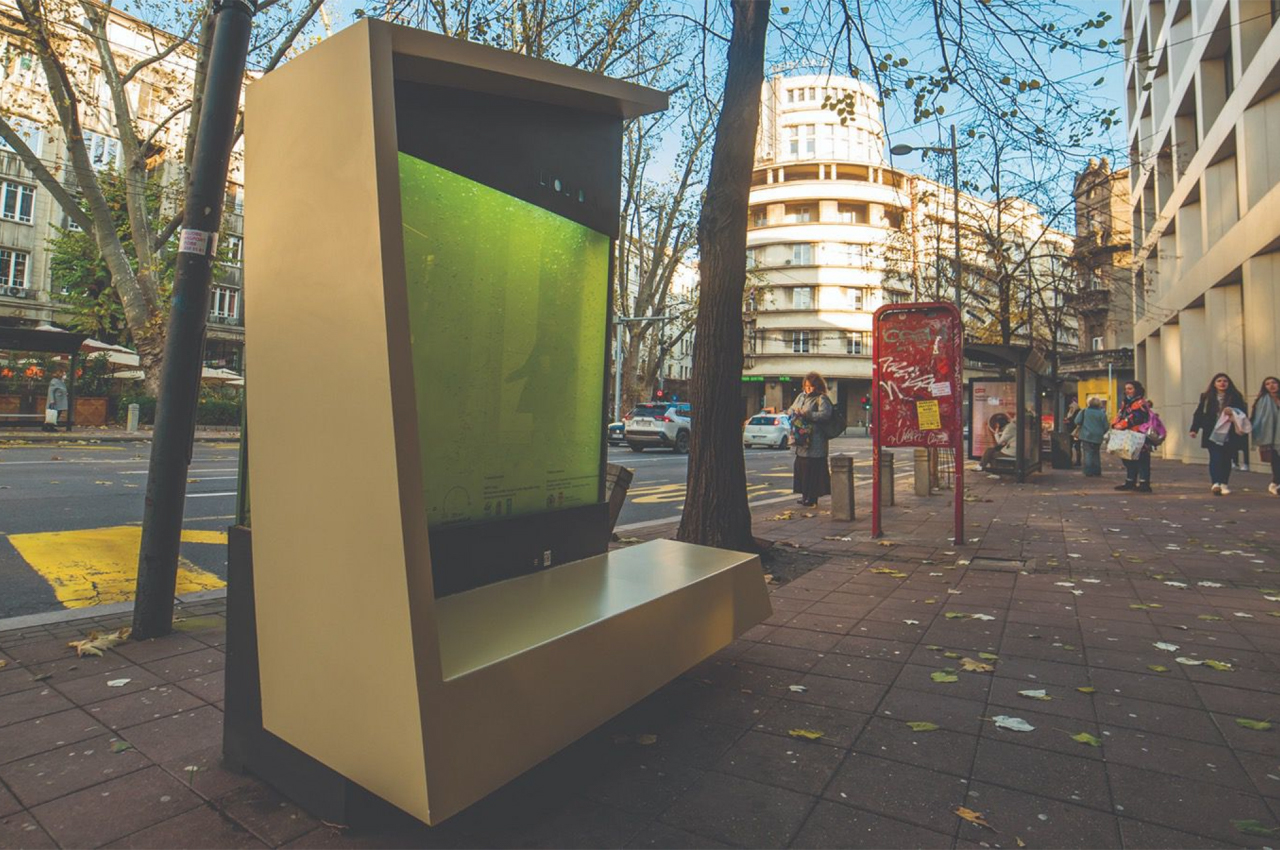 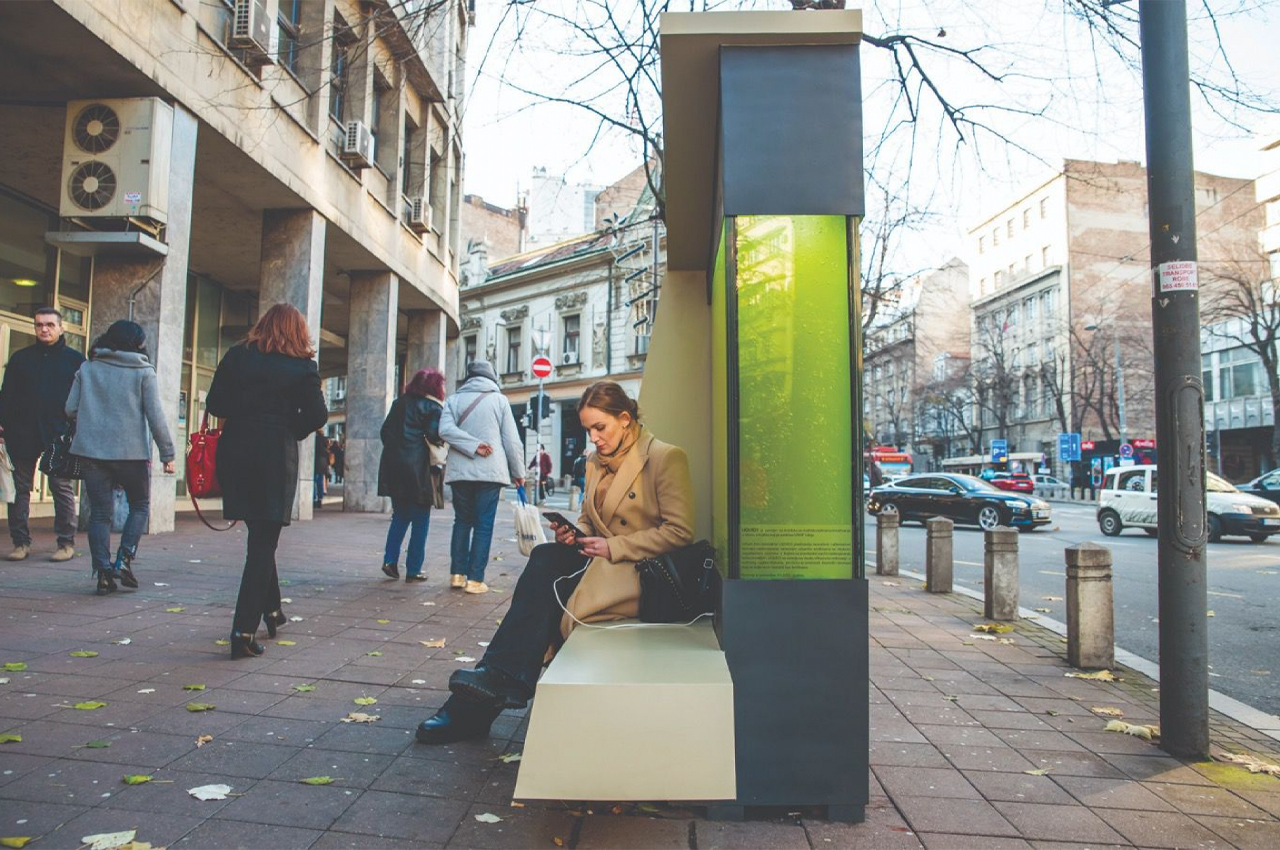 Designers find a unique challenge in creating sustainable infrastructure in urban areas, where green spaces are few and far between. Taking an atypical approach to climate change design, researchers at the University of Belgrade developed LIQUID3, an urban photo-bioreactor that’s used for CO2 fixation and O2 production. 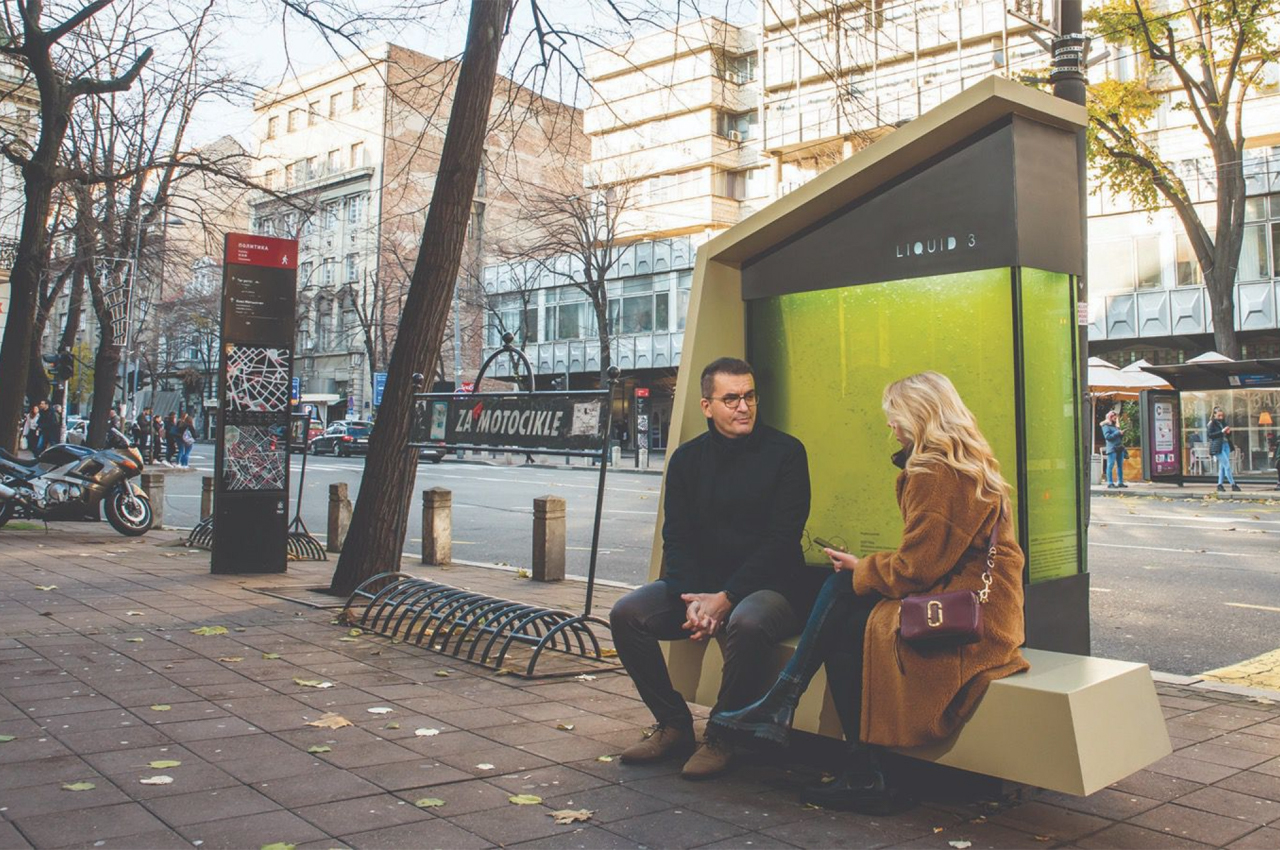 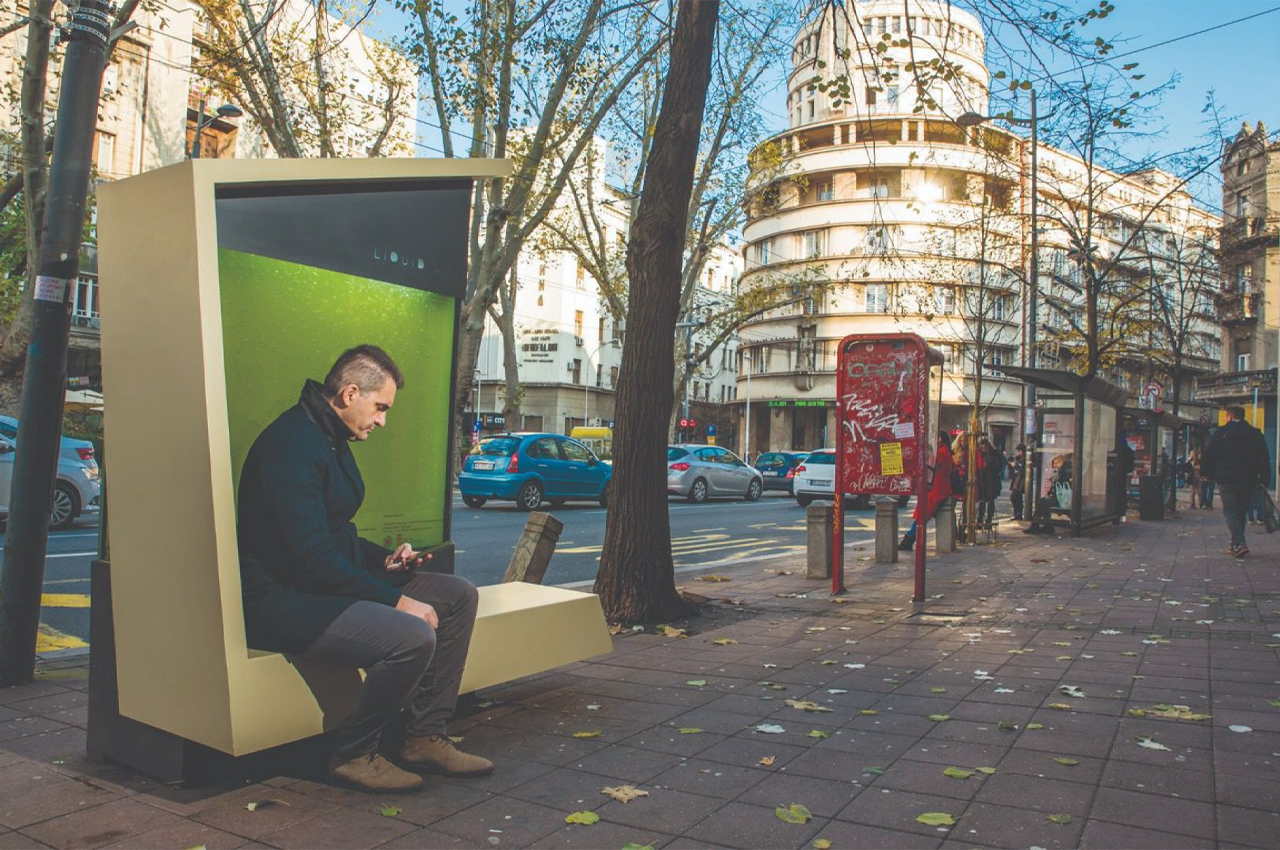 Located in the capital city of Serbia, a photo-bioreactor is essentially a vessel that uses a light source, such as natural sunlight, to cultivate phototrophic microorganisms that produce biomass. Created and designed by the University of Belgrade’s Institute for Multidisciplinary Research, LIQUID3 is a photo-bioreactor teeming with microalgae to sequester carbon and perform photosynthesis to produce oxygen. 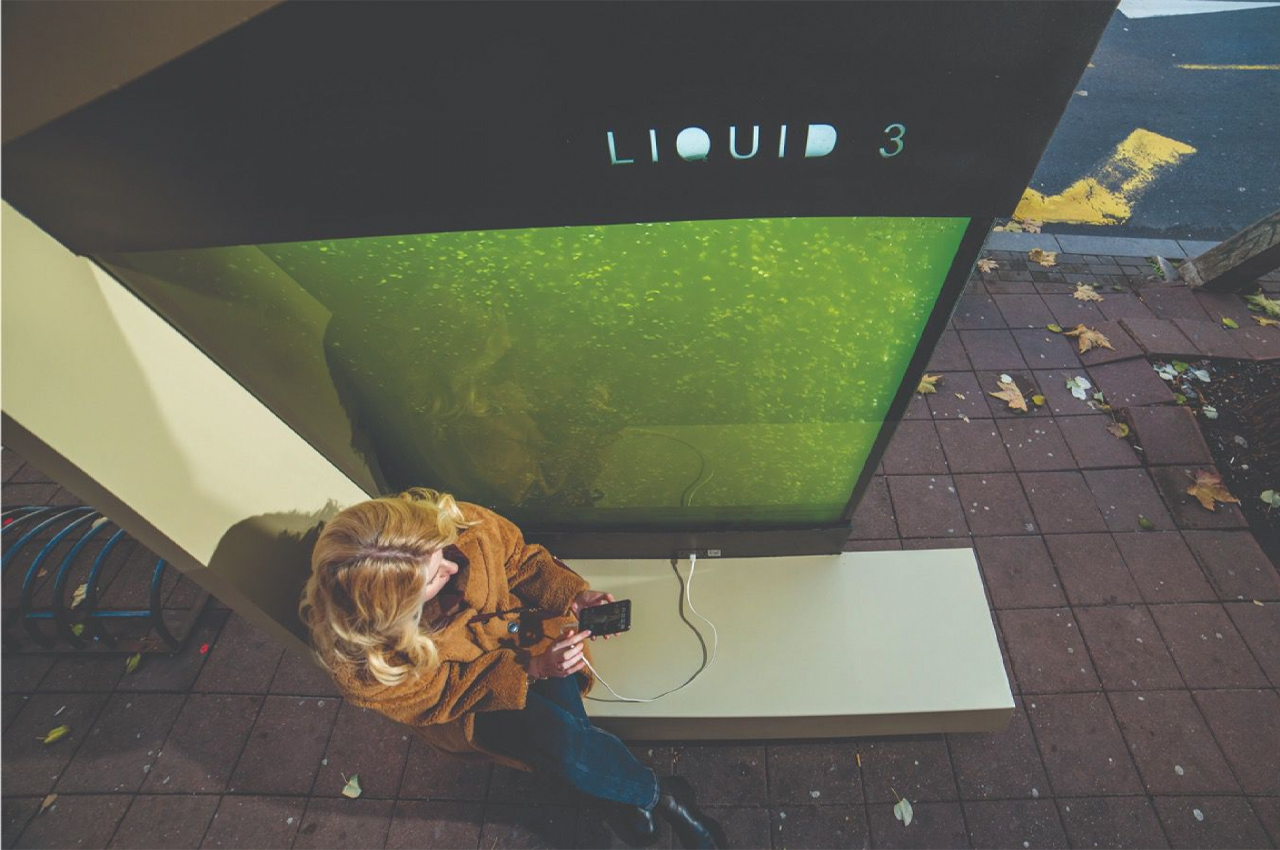 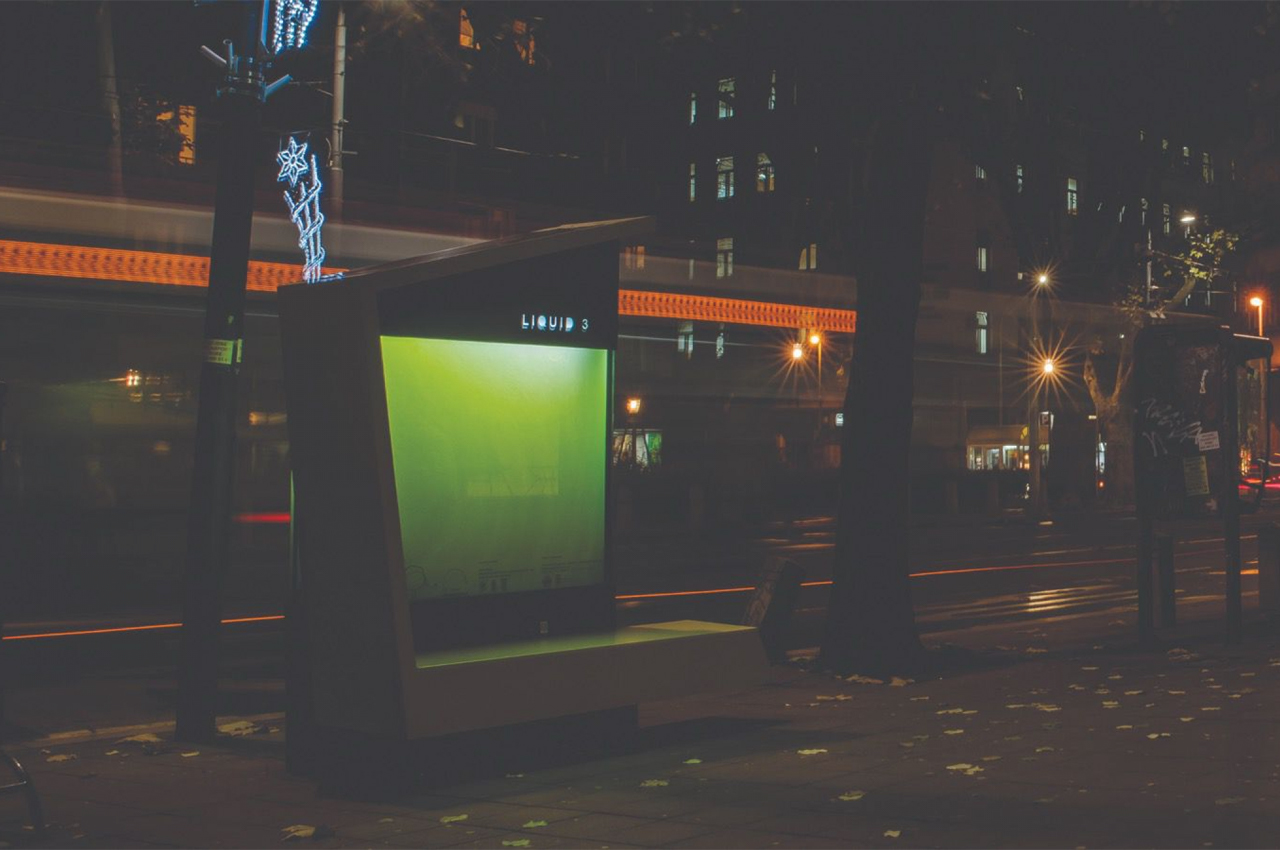 Each LIQUID3 vessel carries a total of 600 liters of water, allowing the photo-bioreactor to remove analogous amounts of carbon dioxide as two 10-year-old trees or 200 square meters of green space. Operable even during the cold months of Belgrade’s winters, LIQUID3 only requires a light source for the naturally photosynthesizing microalgae to execute the same carbon-capturing role as trees in urban spaces that typically lack green spaces. 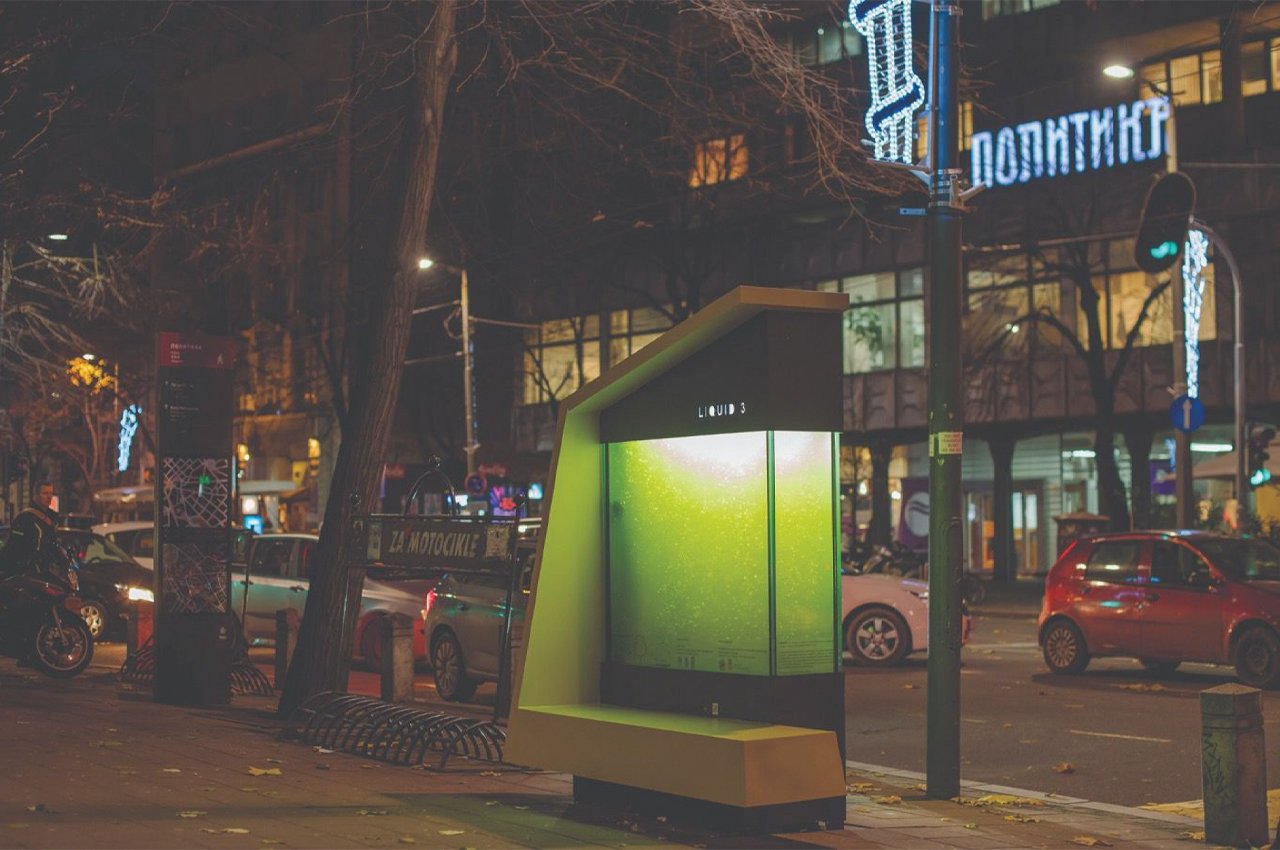 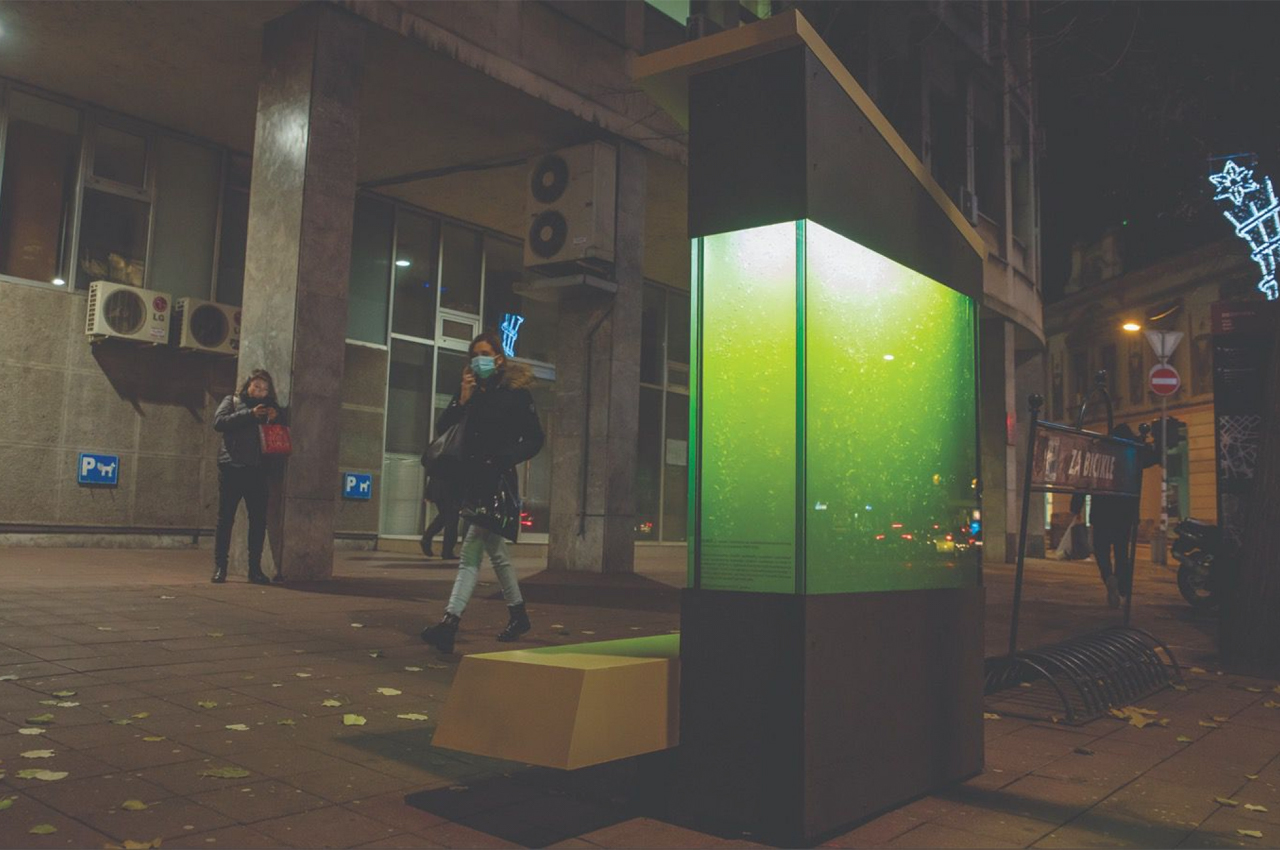 Awarded with Green Product Award’s Green Concept Award for 2022, LIQUID3 has been recognized for its innovative approach to green, bio-reactive design. Besides its appeal to sustainable design, LIQUID3 also suggests an efficient use of public land, while creating space for interactive ads and a high-value fertilizer. Its location in such a dense area of Belgrade also encourages city residents to become more aware of climate change’s threat to urban areas. 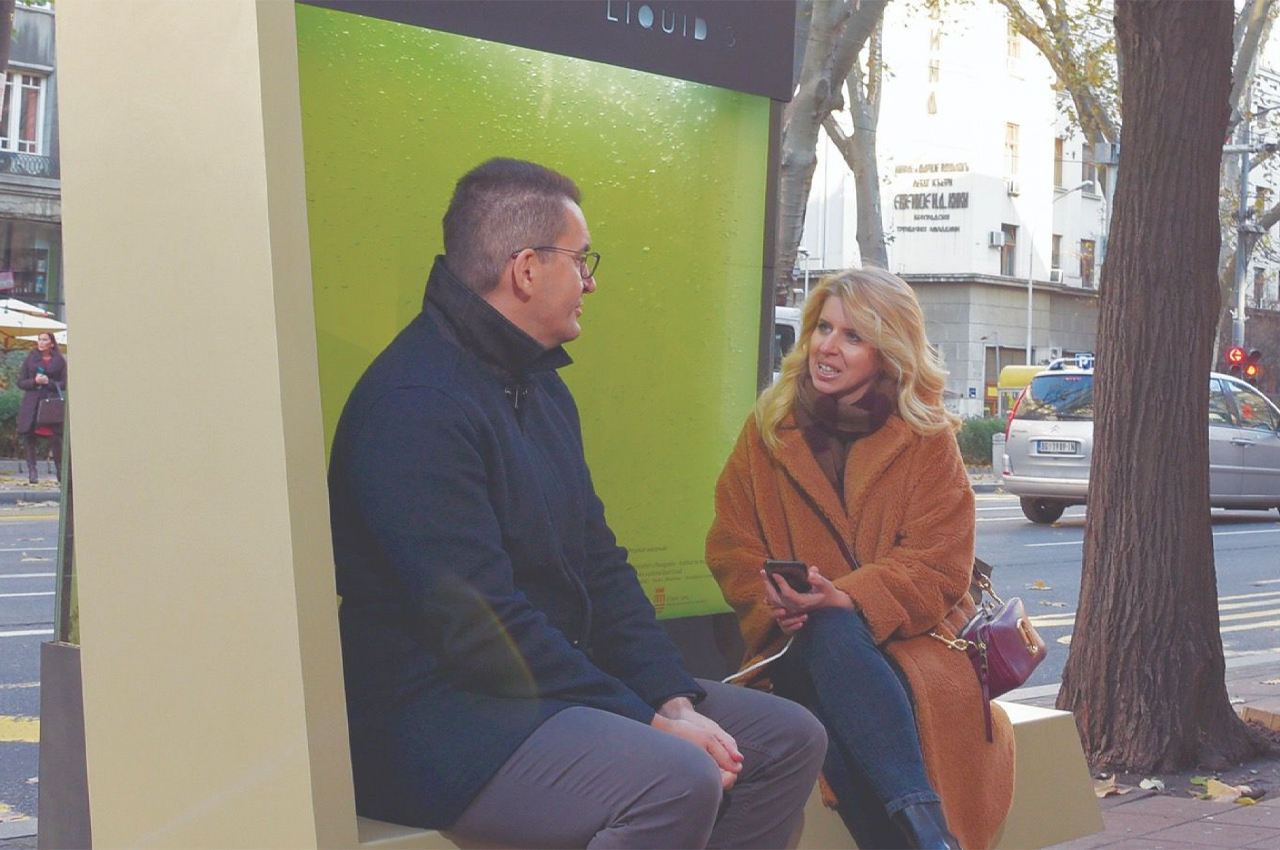 Configured like small urban meeting spaces, the LIQUID3 stations could be outfitted with outlets for city residents to charge their devices. 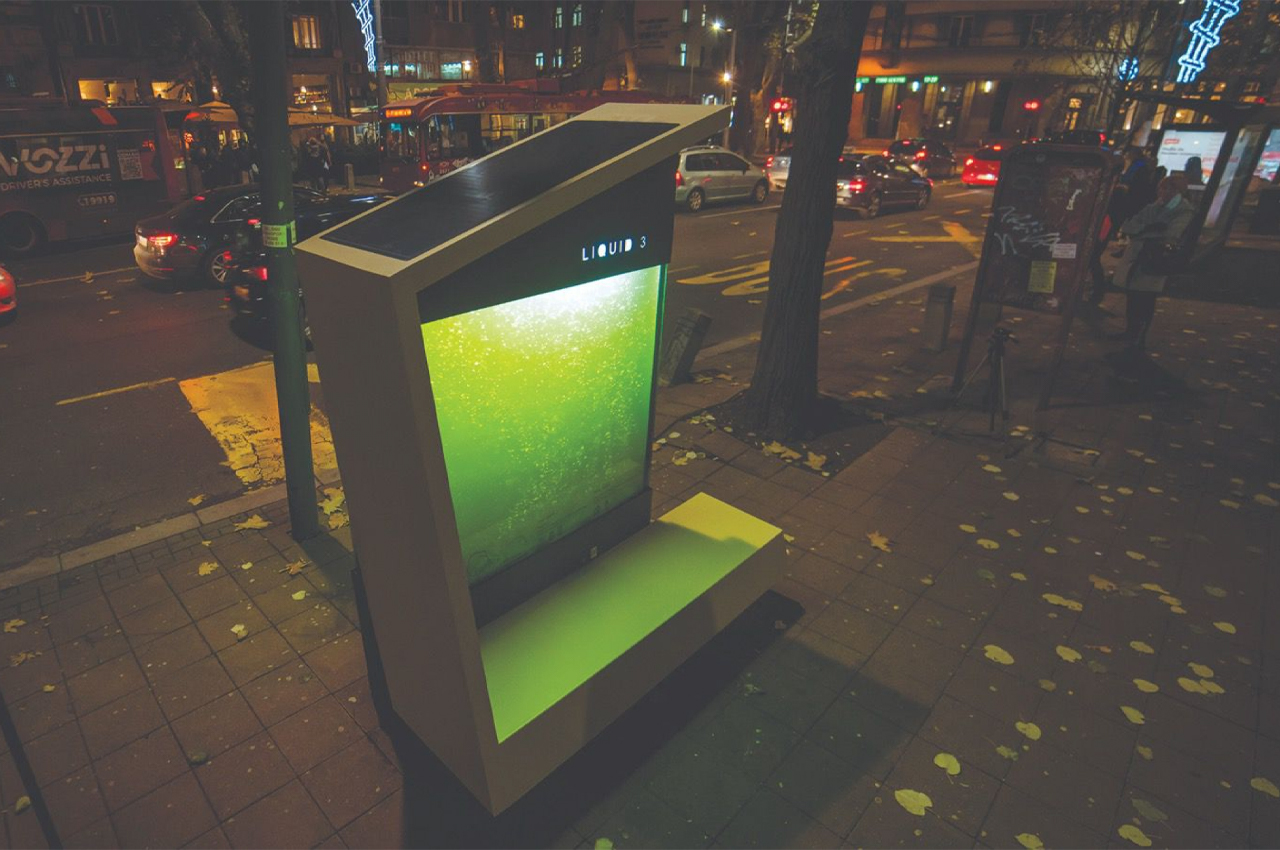 Come dark, LIQUID3 transforms into a neon-green light to guide residents through the streets. 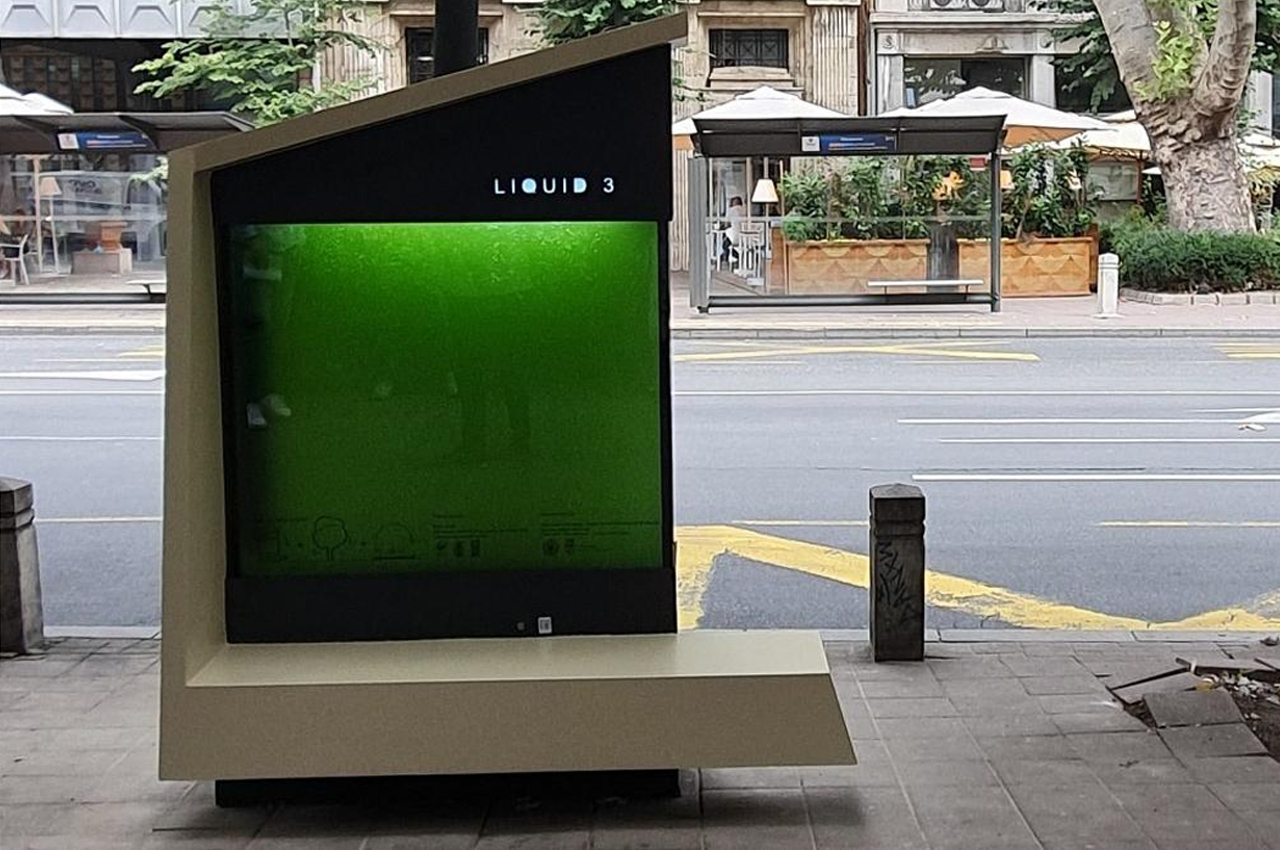 An integrated bench space turns LIQUID3 into a social hub for city residents to gather and feel encouraged to keep fighting climate change.

An artistic way to get across to the Chabot Museum in Rotterdam is through this unique installation bridge called Bruggenhoofd Chabot. Brainchild of Snodevormgevers and…